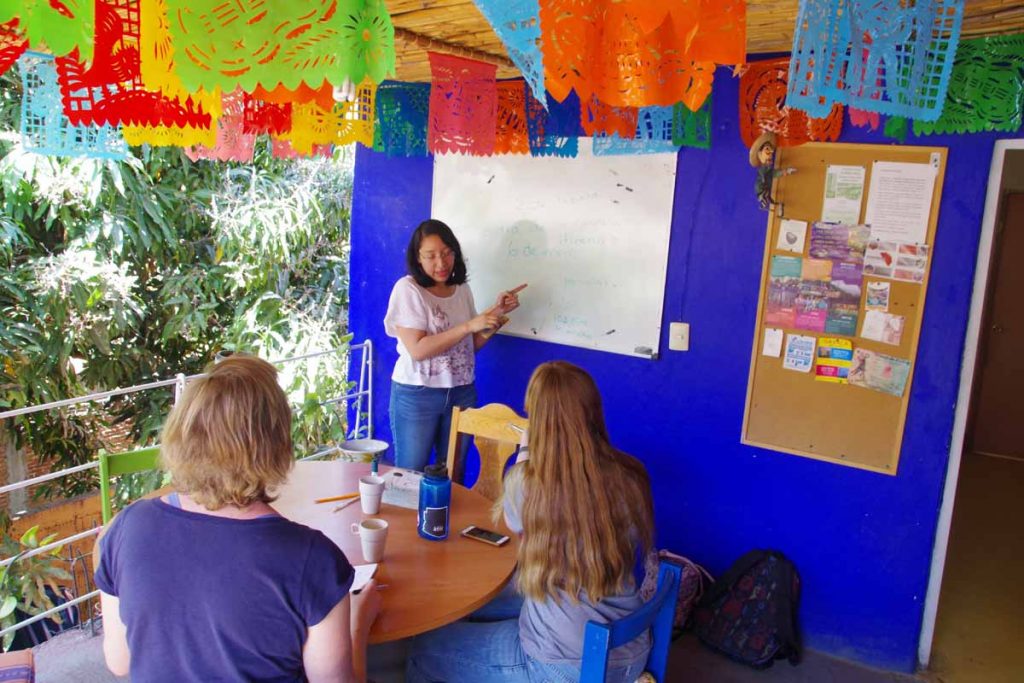 First day of Spanish class today. We started with an assessment test and then were split into groups by ability. I’m in a group I would characterize as “had a Spanish class or two, though perhaps a while ago” which is about right. Not absolute beginners, but still going back to basics (e.g. definite/indefinite articles, ser vs. estar). All with small groups, ours has four people with an instructor.

One can sign up for varying amounts of time and I’m signed up for four hours per day. The first two hours are a bit more focused on grammar/written forms. This is followed by a short break and then a two hour session more focused on conversation. Later this week we’ll also have an afternoon field trip or two to artistic communities in the area.

Overall, about what I expect and nice to have a slightly more formal recap of Spanish structured as a class. At least as much, also need to see how I can keep adding to my vocabulary. I’ve definitely picked up some vocabulary these past two months on the road, though the class stretches it in a new dimension. Also noticed a word or two I’ve been using incorrectly e.g. referring to hot weather as “caliente” instead of “caluroso”. I expect folks might understand what I’ve tried to say, but are too polite to correct me…so a class also helps in that regard.

I had indicated a “home stay” on my class form, though didn’t quite realize I might need to do a bit more to set that up. The hotel has been quite nice and central, so decided just to stay there instead of a home stay for just a few nights. Otherwise I’ve gotten a chance to walk around Oaxaca. Yesterday, I found local bike shop and had brake pads updated (again). While not completely worn down, my cautious approach, weight, hilly terrain and steep grades near Cuernavaca wore the pads a fair amount – so I’d rather start afresh here than end up needing to renew where shops are harder to find.