Across a larger city today and then along dry desert areas. 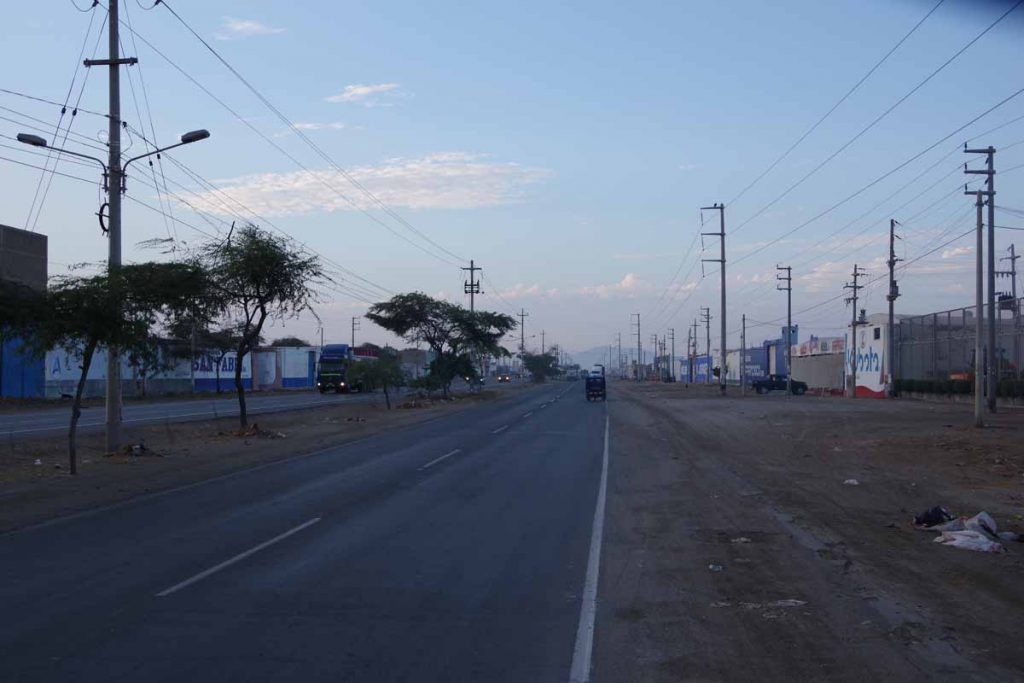 I started 12 kilometers from center of Chiclayo, a city of half a million. An easier ride than it would be for equivalent-sized US city though it still took some care. Initially went through a zone that looked a lot like above, with a bunch of factories and industrial type places. There were small cars and taxi buses that would periodically pull to the right and let someone on or off. Also quite a few trucks. 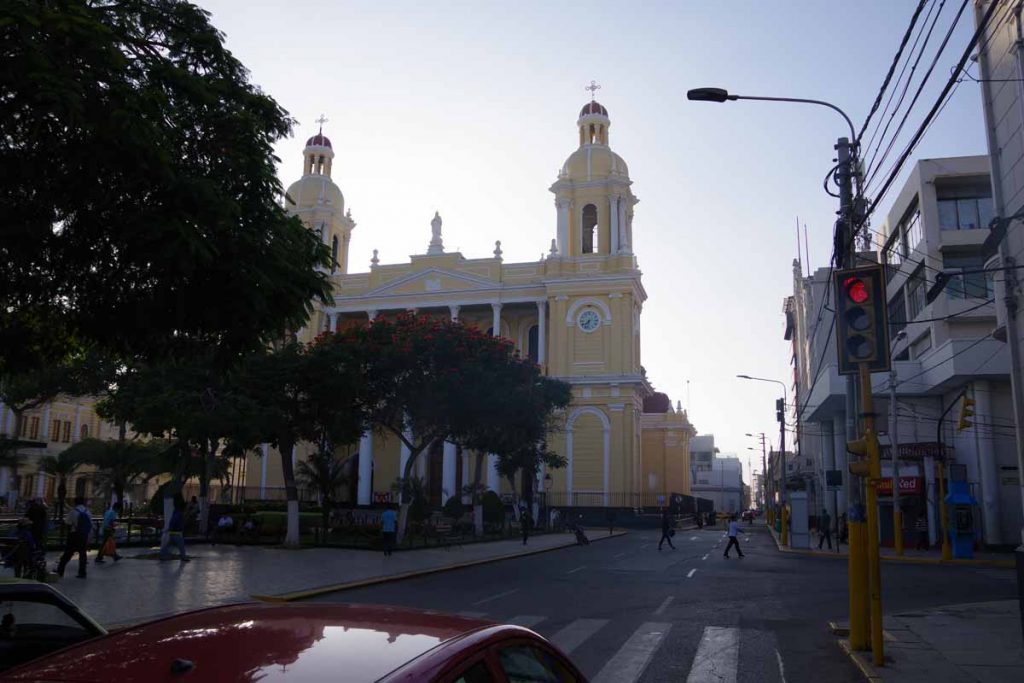 The trucks stayed on the bypass and I continued straight through middle of the city. After the church I turned right and headed back outbound. 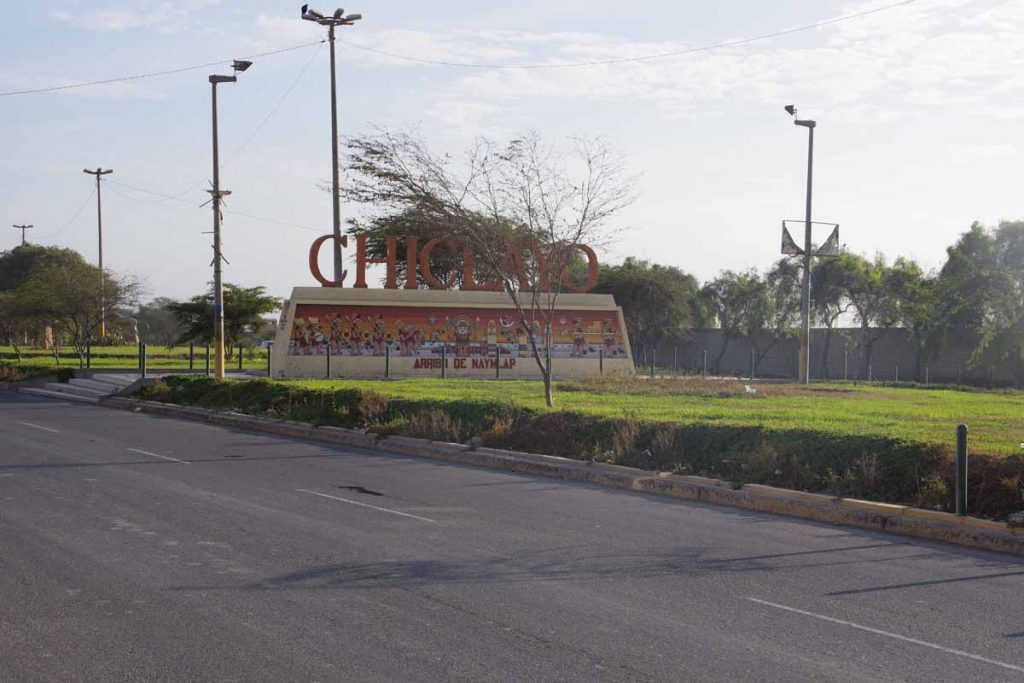 Here was picture of entrance sign looking back at 16km. I didn’t see the most inviting parts of town, though sure if I found place in center and wandered around it would be nicer. 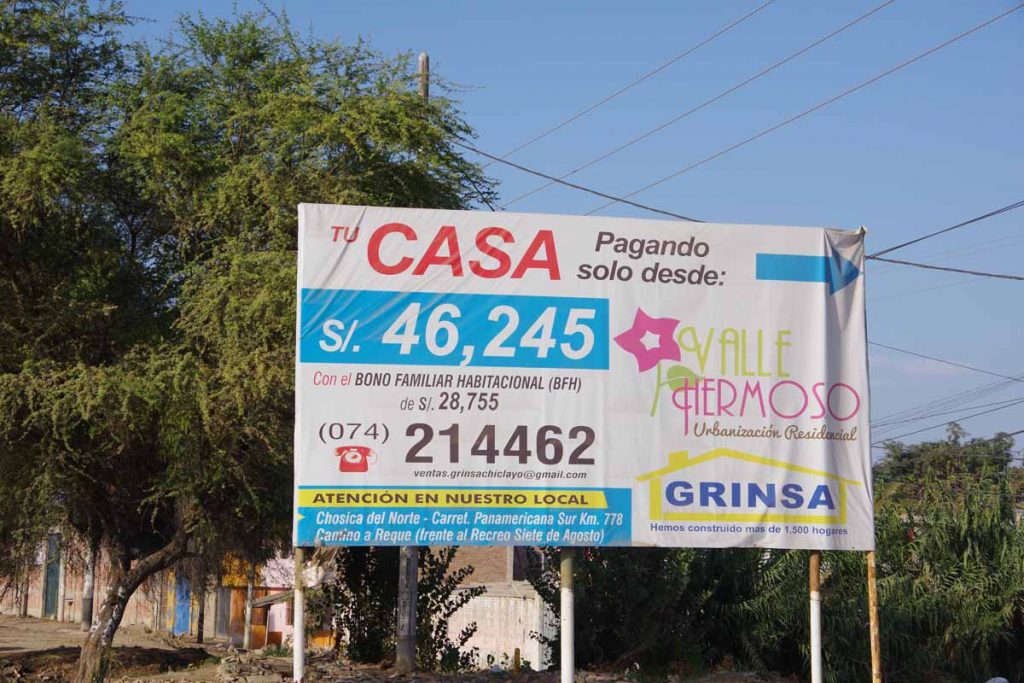 There are a little over three Sol per dollar so these advertised prices are slightly less than $15,000 US. Not sure what one gets for that amount. 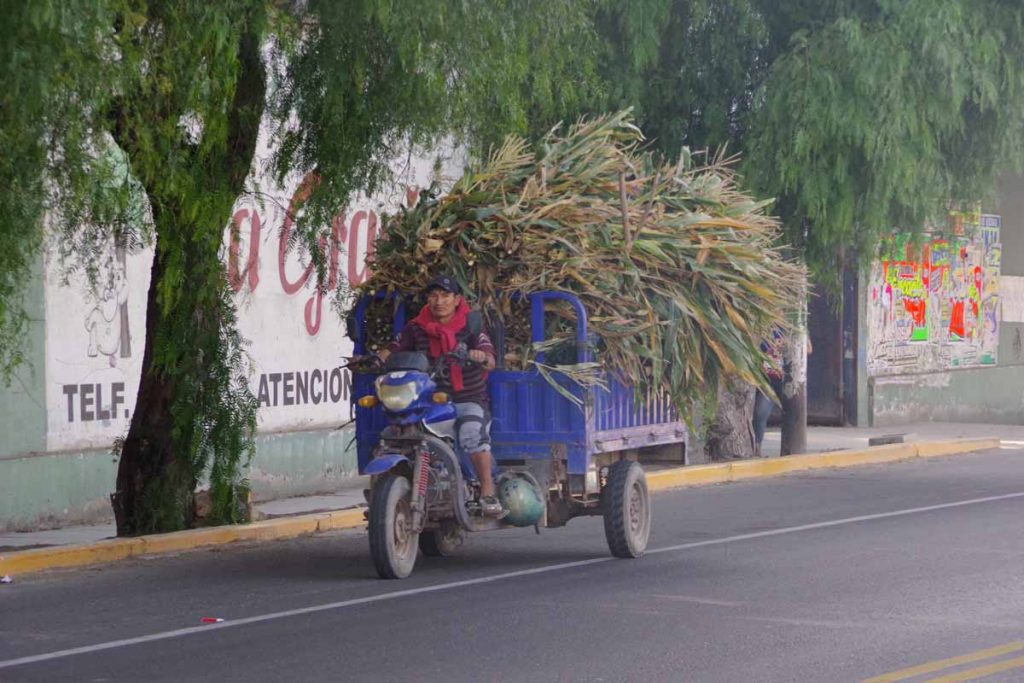 This area was still agricultural as can be seen by the small truck filled with sugar cane. 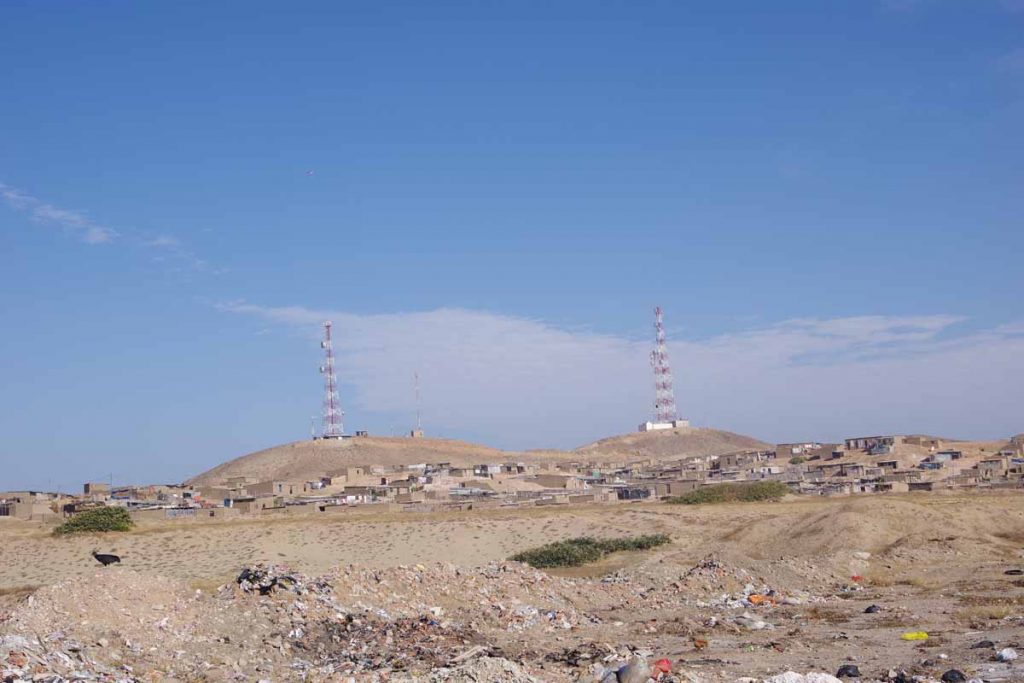 However, a little past 25km the irrigation ended and towns looked a lot drier. 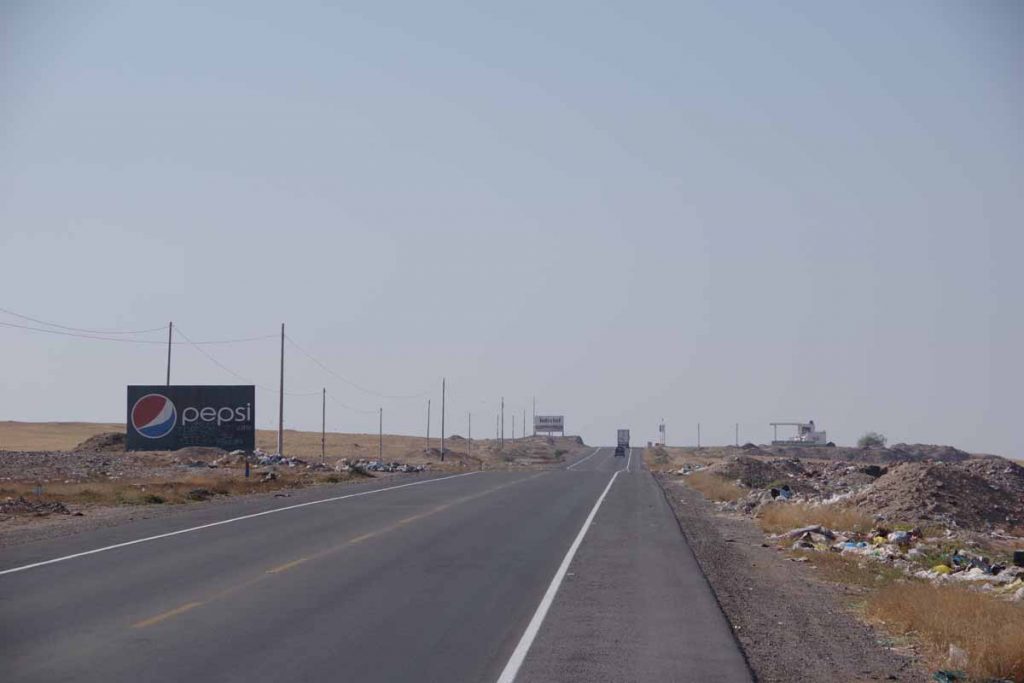 Picture of the highway looking ahead, with of course a Pepsi sign. 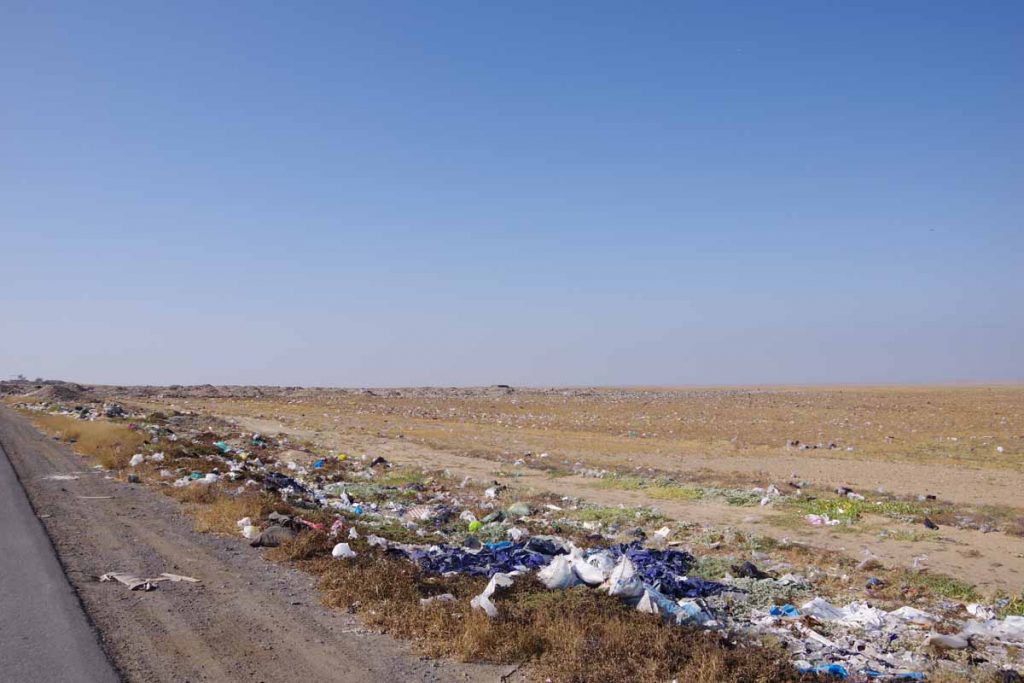 A fair amount of trash along the road and then in the distance not much at all. A lot of this area had signs for a military region. 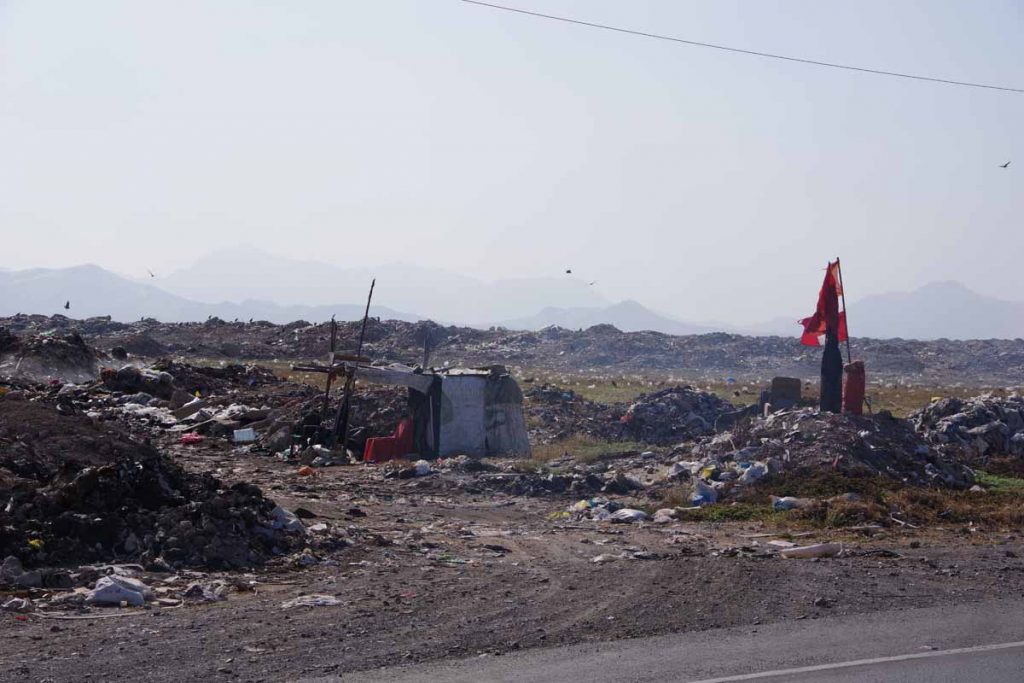 A larger trash heap with areas being burned. The flags show the wind was picking up some. Mostly a cross wind and never was bad today. 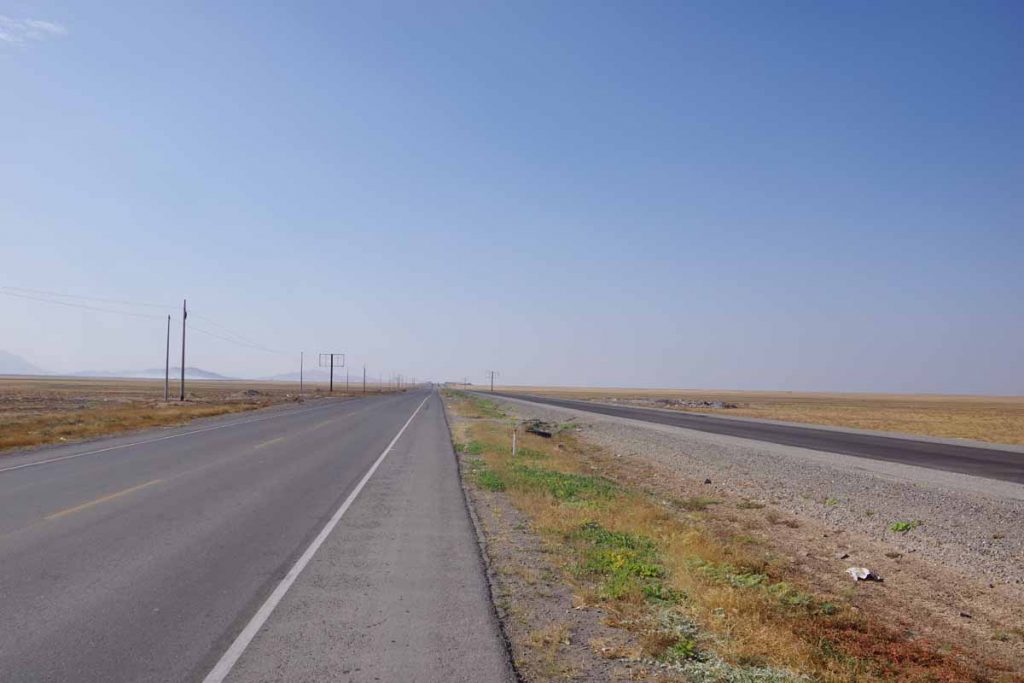 They were widening the road to four lanes. The new lanes, to the right, weren’t quite open yet but were smooth and looked nice. 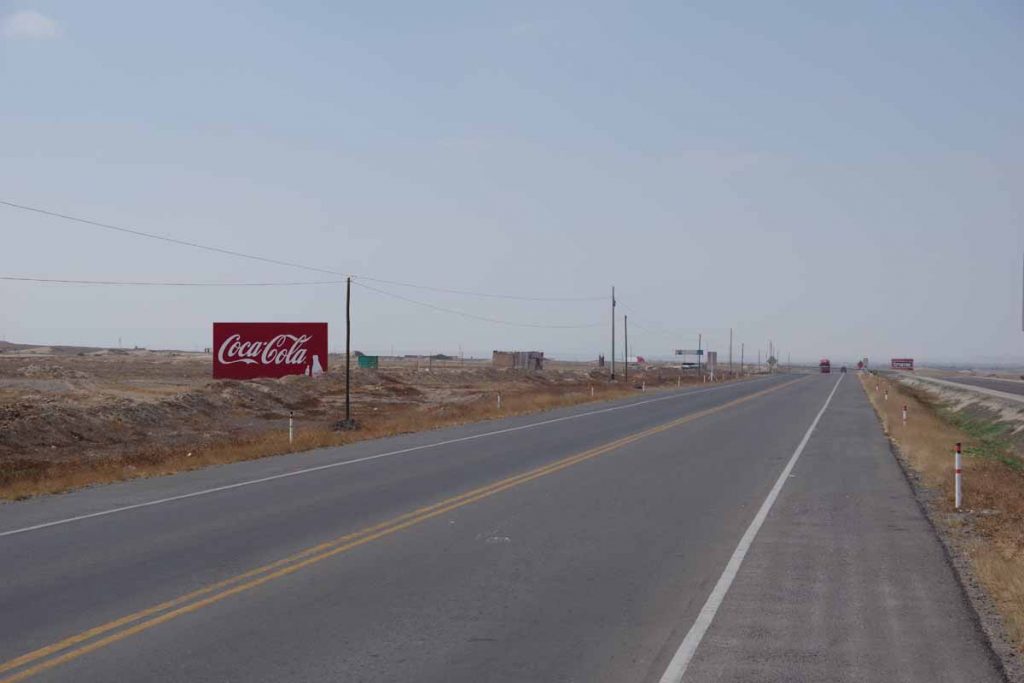 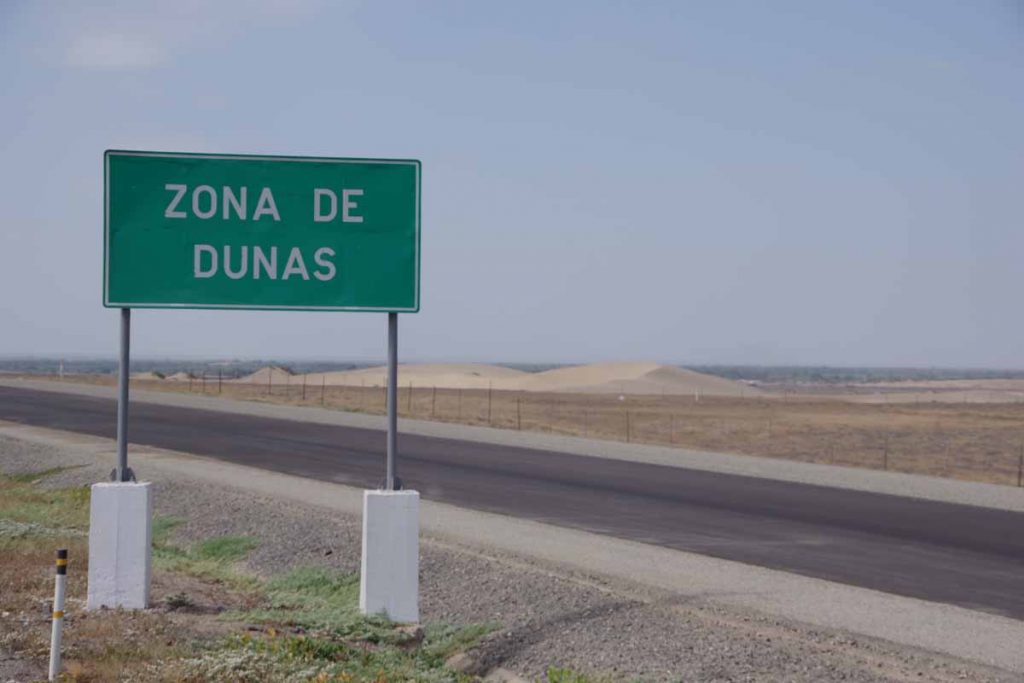 As I got to edges of this dry area, there was a zone of sand dunes. Several dunes can be seen behind. A little further behind was another irrigated area again. 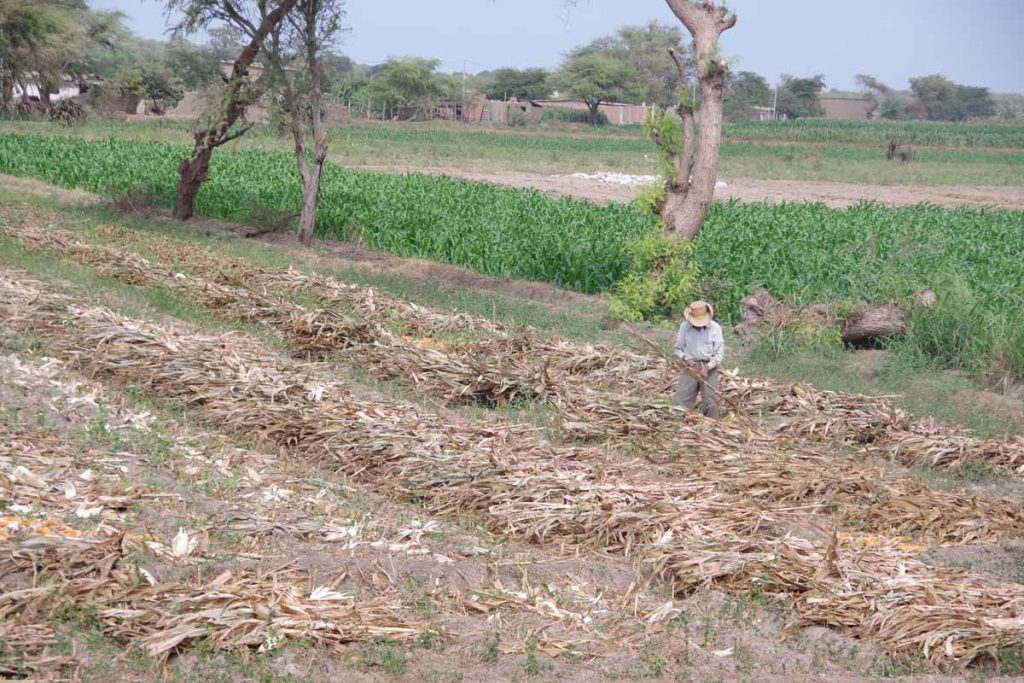 This farmer working part of his corn field in the irrigated area.

Came across smaller town of Ucape (or Mucape, the signs in town said “Ucape” but I my maps and what I heard people say included “Mucape”). At far edge was a reasonable restaurant. Several trucks parked in front indicated they were doing good business. I had a more standard fare: chicken, rice and some salad along with an Inca Cola. Rather than Pepsi or Coca-Cola, the Inca Cola seems to be a local brand that is more commonly found here. 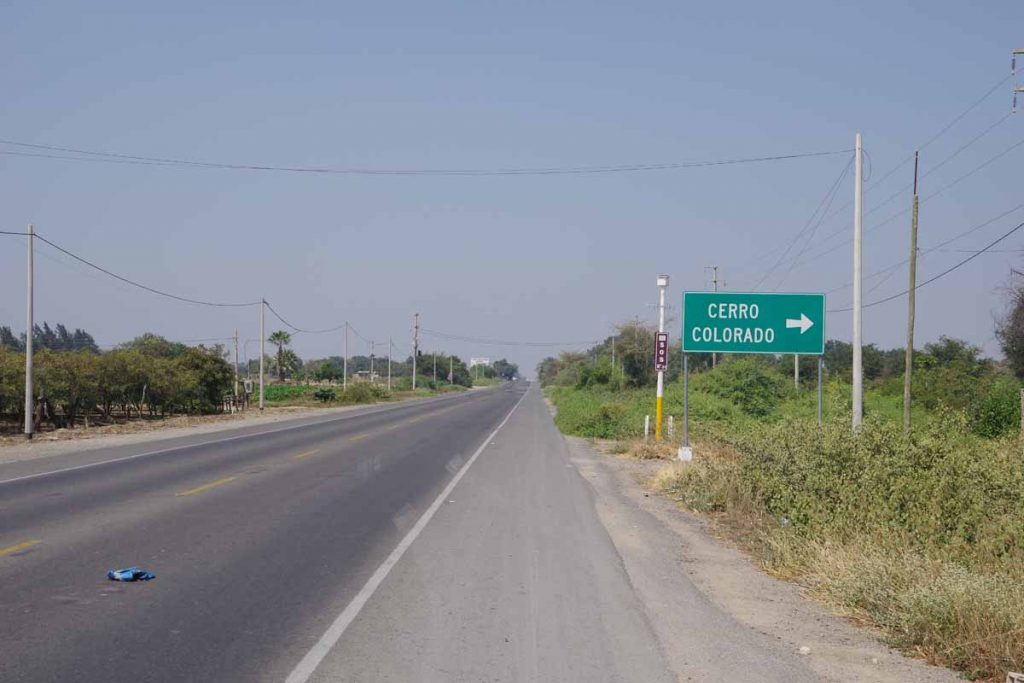 In Colorado, there is an area in Summit County known as “Peru Creek”. Here in Peru, they have a “Colorado Mountain”. It was too hazy to see much of a peak and it pointed towards the ocean side, so likely not a very big hill. 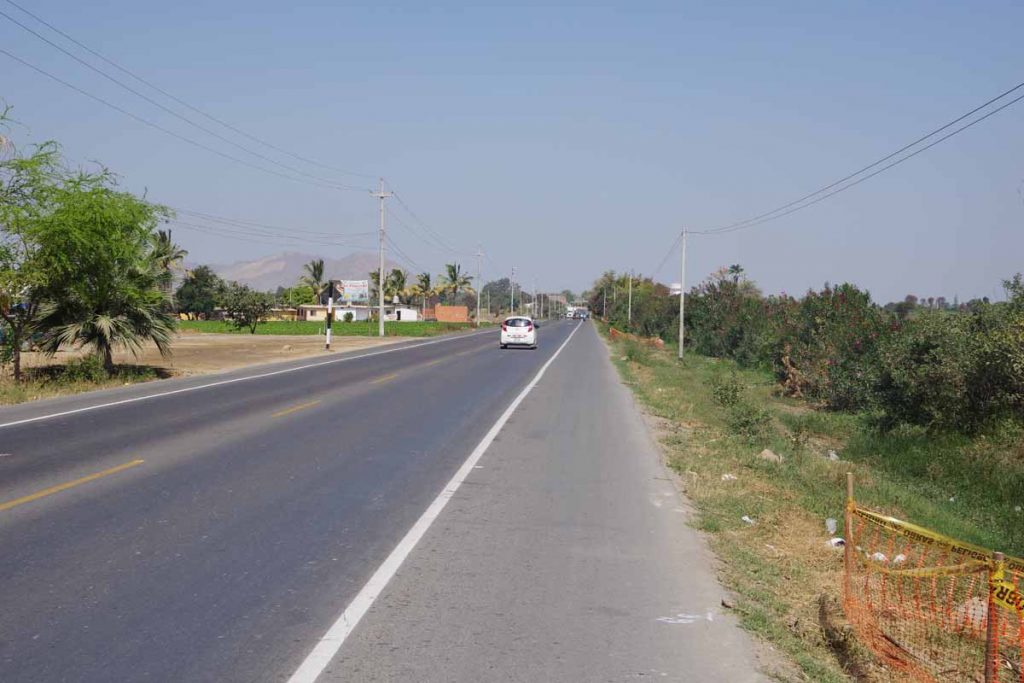 The last little bits coming into town of Chepen. Chepen bills itself as the “Pearle del Norte” and otherwise was nice little town. Overall not too tough of a ride and varied scenery between busy city traffic, desolate desert and irrigated farm areas as I’m slowly going down the coast of Peru.