Today was supposed to be an easy day.

There were times I was cycling at 8 km/h (5mph) downhill that I had to remind myself. A strong headwind had kicked up and changed that equation. 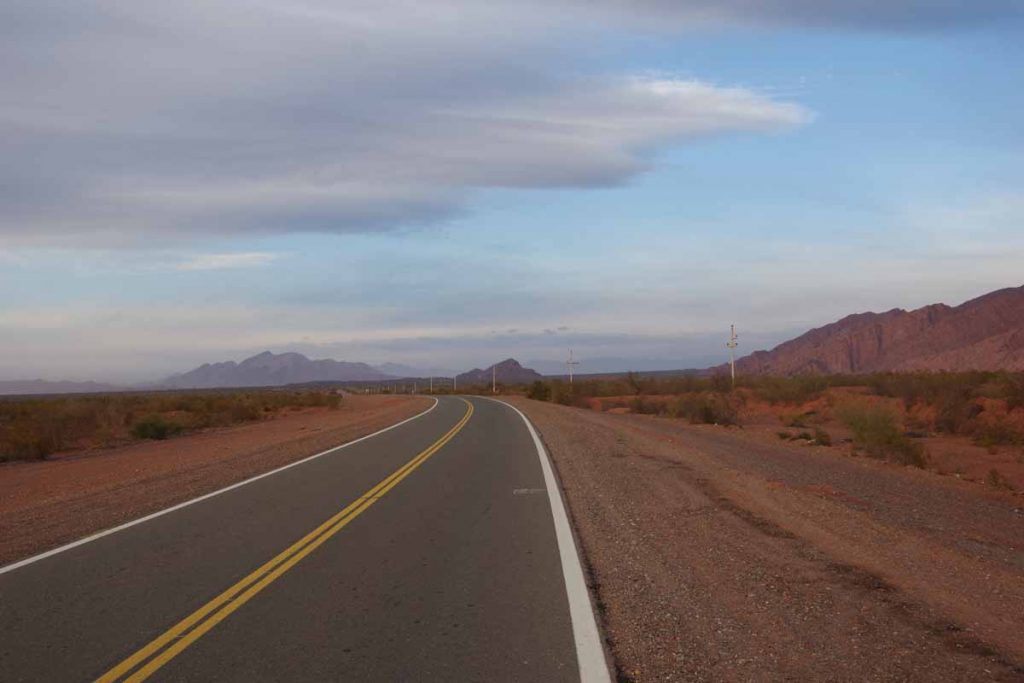 There were some clouds but otherwise, nice weather starting out. Villa Union had several vineyards. I cycled back to Ruta 40 and then along a wide range of mountains with an open valley. The road had a gentle 1-2% climb. 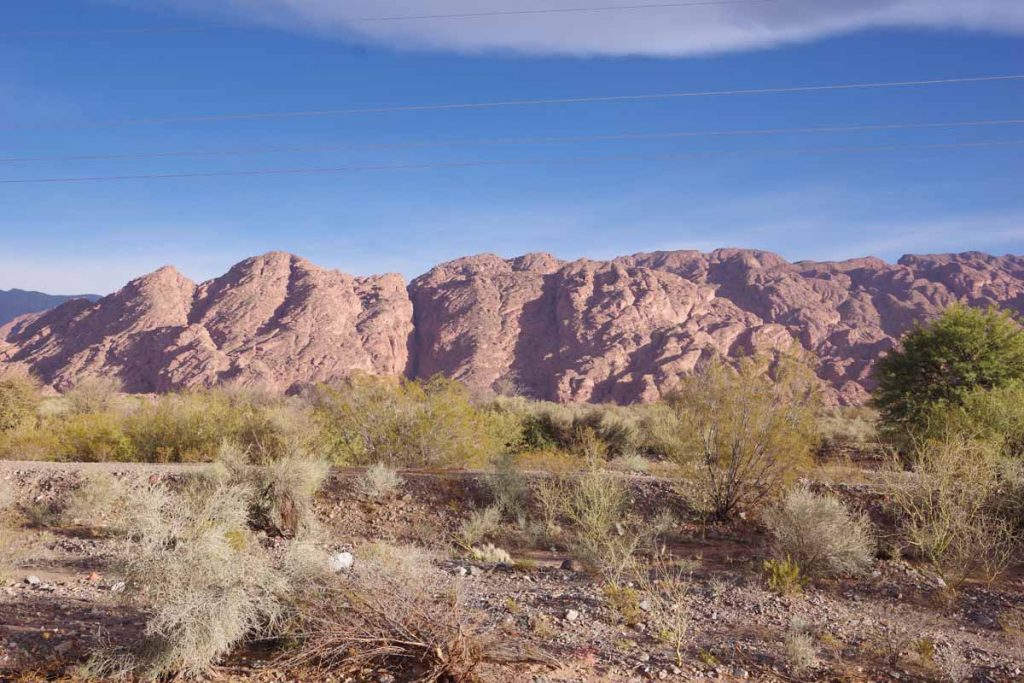 At the 12 km point, Alex came past. I had stopped to take a photo of these rocks just as the sun was coming from under a cloud. I mentioned my plan to stop in Guandacol for an easy short day.

Very soon thereafter, the wind started picking up. It just kept getting stronger and the temperature dropped 5C (9F) within a short period. My guess is a front just happened to pass through.

I got to the high point, but here the cycling was at least as difficult as when I was climbing. 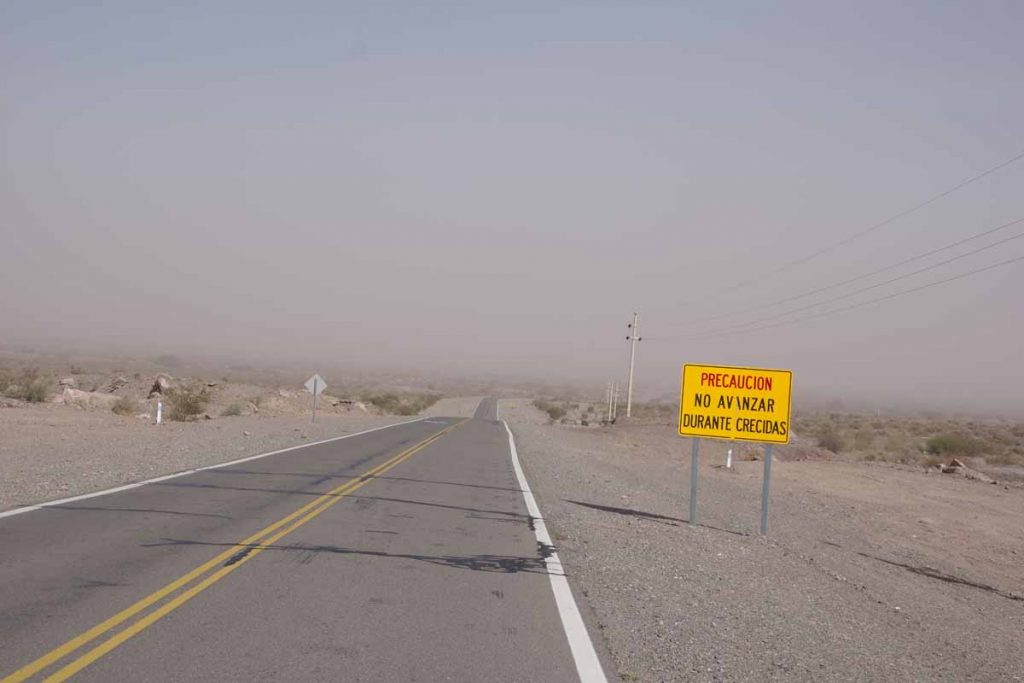 This photo on the descent asks for caution during flooding conditions. You can also see that the blue skies from before have been replaced with haze from all the sand/dust kicked up by the wind. There were a few lower water crossings, though only one had water. 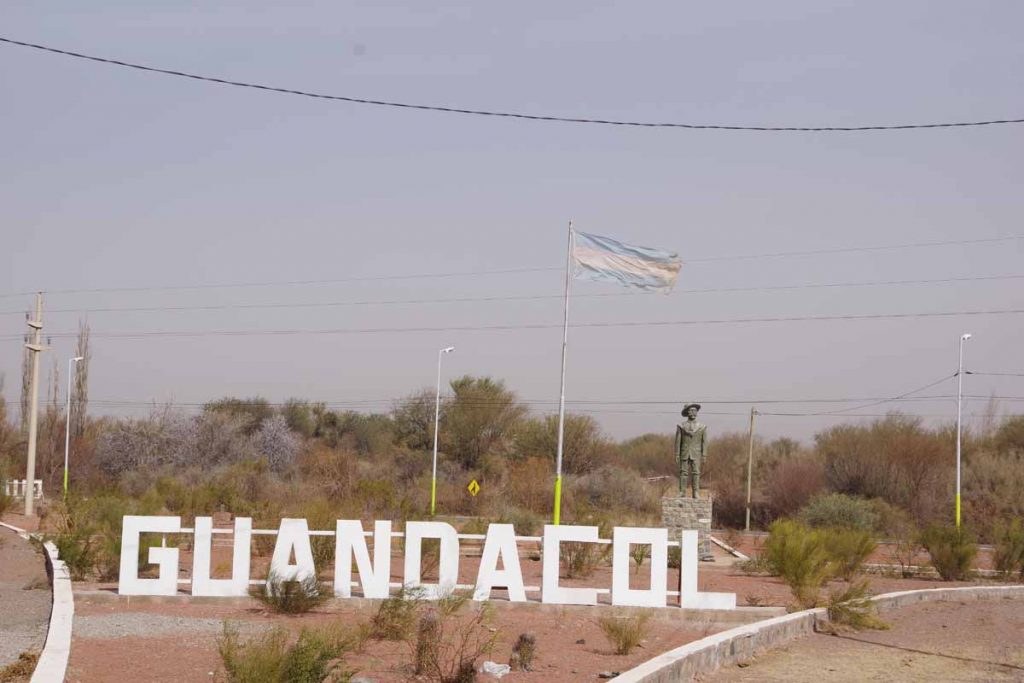 I was happy to see the sign for Guandacol. You can see the flag blowing briskly in the wind coming from the direction we would head next. There was a gas station here and Alex had also decided to stop for the day. We cycled several kilometers further into the town itself and found a hotel for the day. Later in the afternoon Laura and Herbie also arrived at the same hotel, so back to four touring cyclists in the same town again.

Weather forecasts for tomorrow are for the wind from the other direction. I hope the forecast holds.