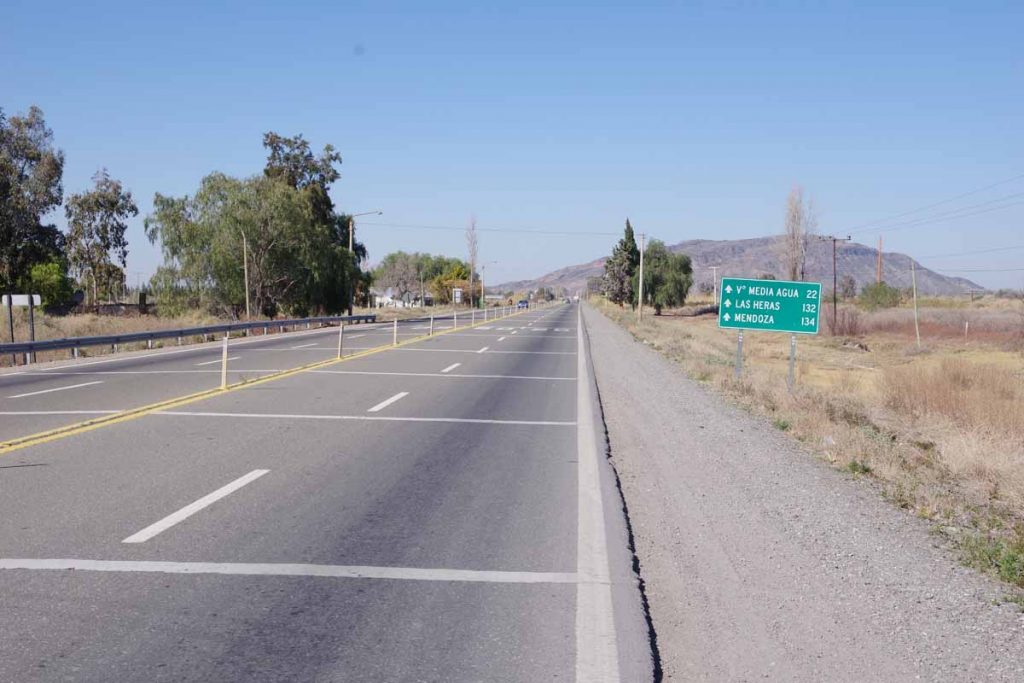 It is 170 kilometers from San Juan to Mendoza. The road is flat, mostly straight and without a paved shoulder. There is a moderate amount of traffic. In general, not the most exciting or scenic road but one where you do need to pay attention.

The distance was just a bit more than I wanted to ride in a day, particularly after 157km yesterday. The last known spot with a hotel was Media Agua at 55km, so I decided to split it into a shorter ride today and longer ride tomorrow. Since I had plenty of time, I took my time in getting ready and leaving this morning. It still was a quiet Sunday morning when I left. 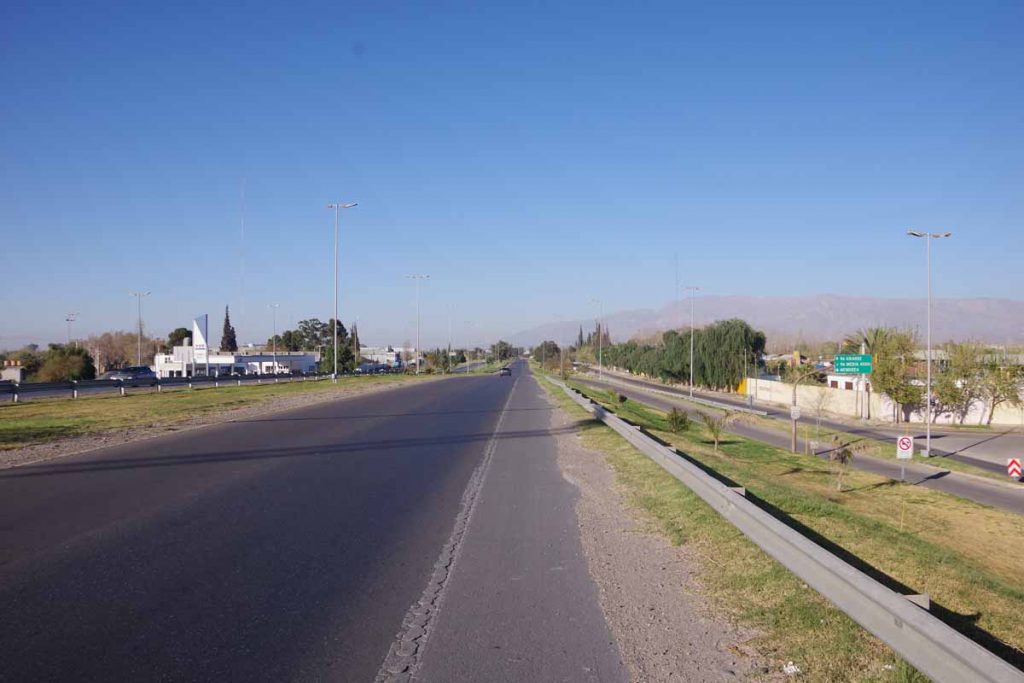 After a few kilometers, I turned onto a four lane highway with a nice shoulder. 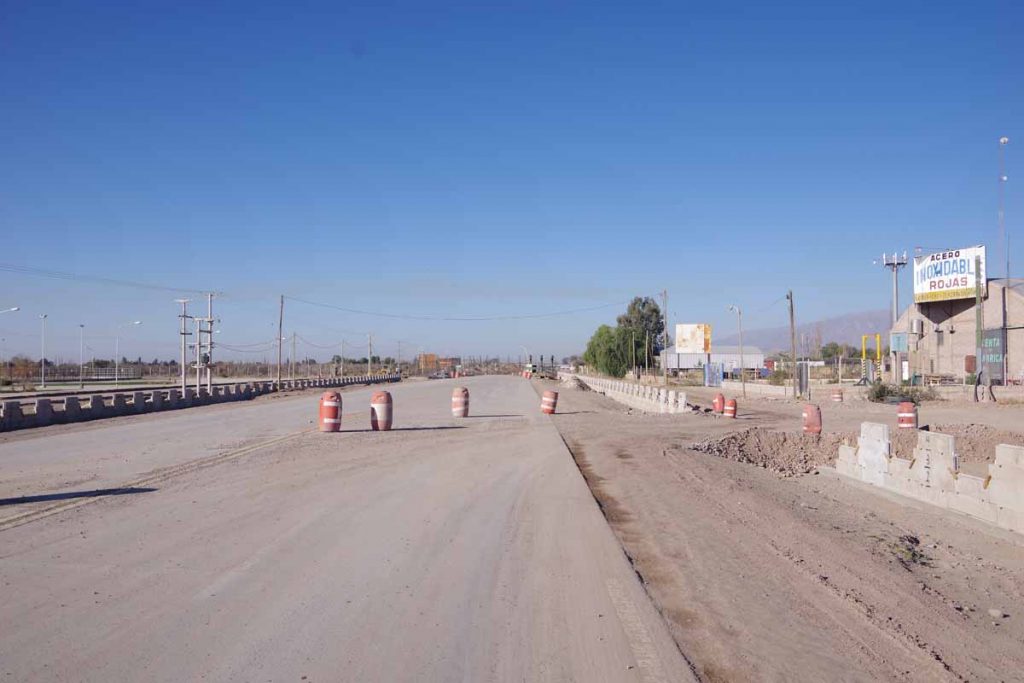 This lasted less than five kilometers before I came into a large road construction project. I went past the construction barriers. While in Bolivia they were working on Sunday, it was very quiet in Argentina as I worked my way through the road project. 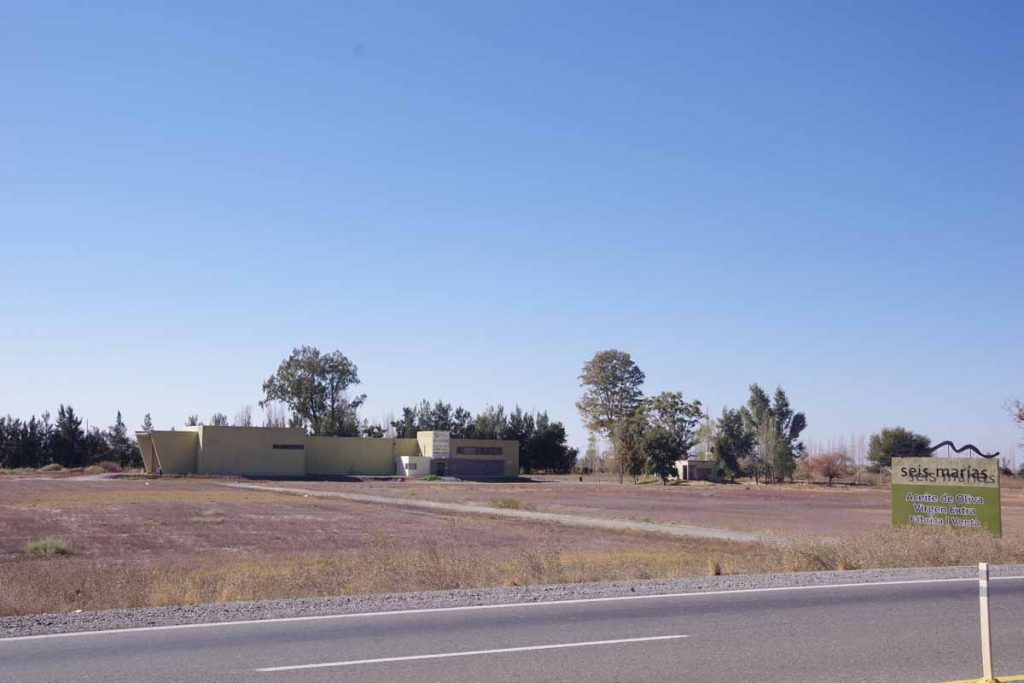 Soon enough I was on the other side. This area is agricultural including this olive oil factory. 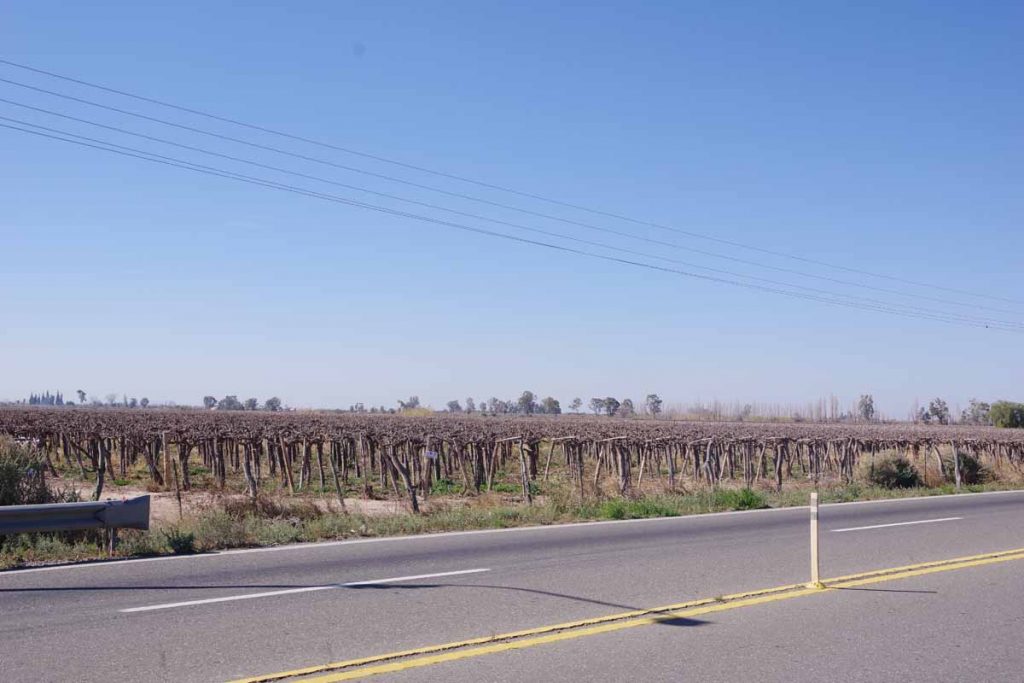 Quite a few vineyards along the way and a few wineries. 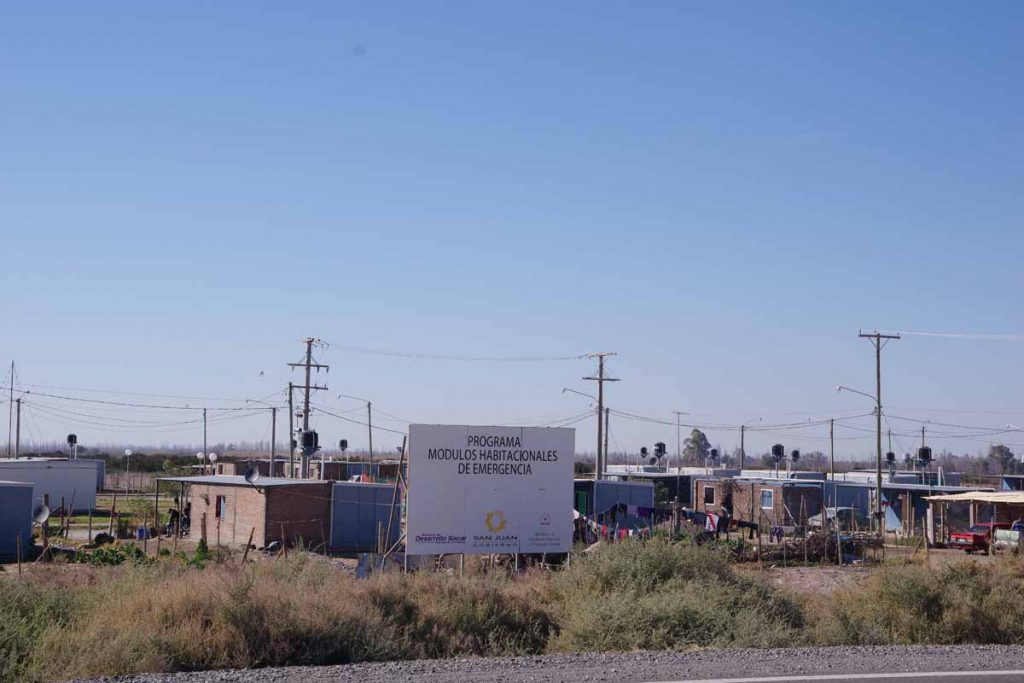 The sign says emergency habitations, though most of them seemed to have people living in them now. Also a good example where most places I passed had a water tank on the roof.

Otherwise, without much difficulty, I found myself in Media Agua. Next to the gas station is a restaurant as well as a roadside hotel. It was a lazy afternoon as I relaxed and anticipated a longer ride into Mendoza to follow. I will have a little over a week in Mendoza before flying to the US for a short intermission and chance to pick up bike tires and a few other supplies.

In the afternoon I saw Laura and Herbie. They also were planning on splitting the ride to Mendoza into two days, but expecting to camp a little further along the road. We will have left Salta on the same day two weeks ago and pretty much leapfrogged each other these past two weeks.