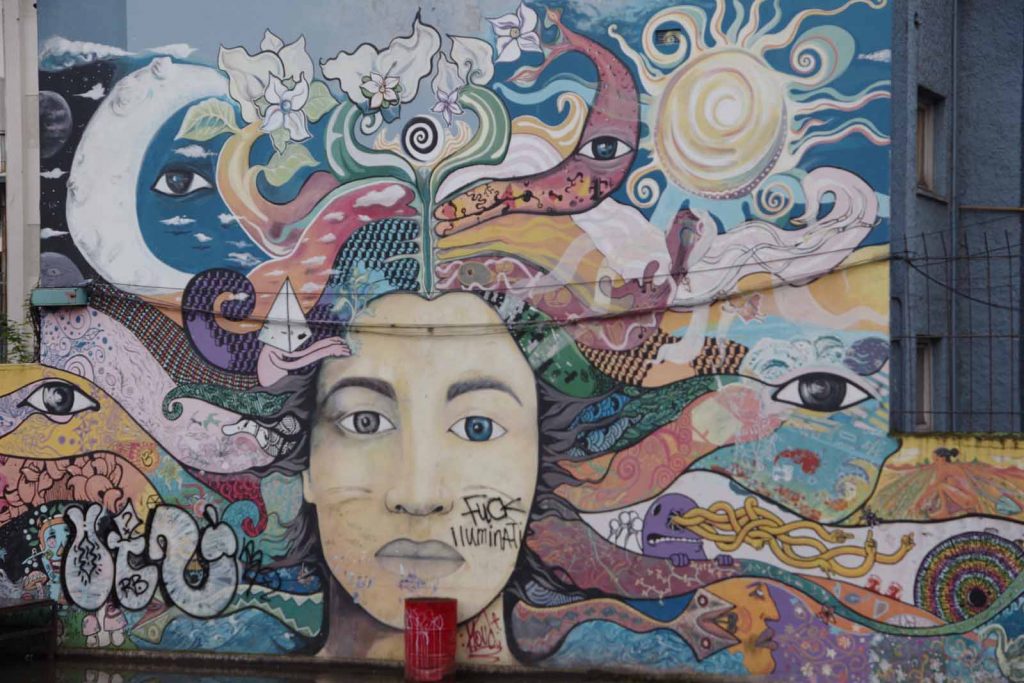 Time goes fast, already three weeks of Spanish class in Bariloche. I worked further through grammar topics such as differences in “por vs. para” and a lot of the different past tense conjugations. It has been helpful overall and I have a good set of summary notes for grammar basics to review again later. Bit by bit, nice to work further on my Spanish and these weeks have helped. 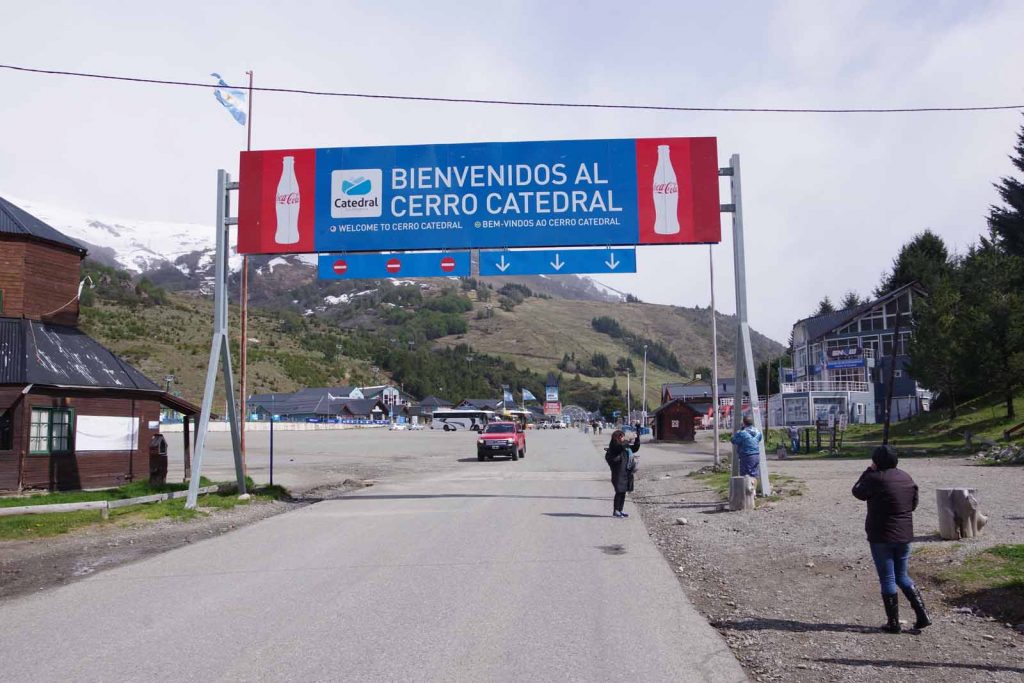 Last weekend I retrieved my bicycle and on Saturday morning bicycled to nearby Cerro Catedral ski area. 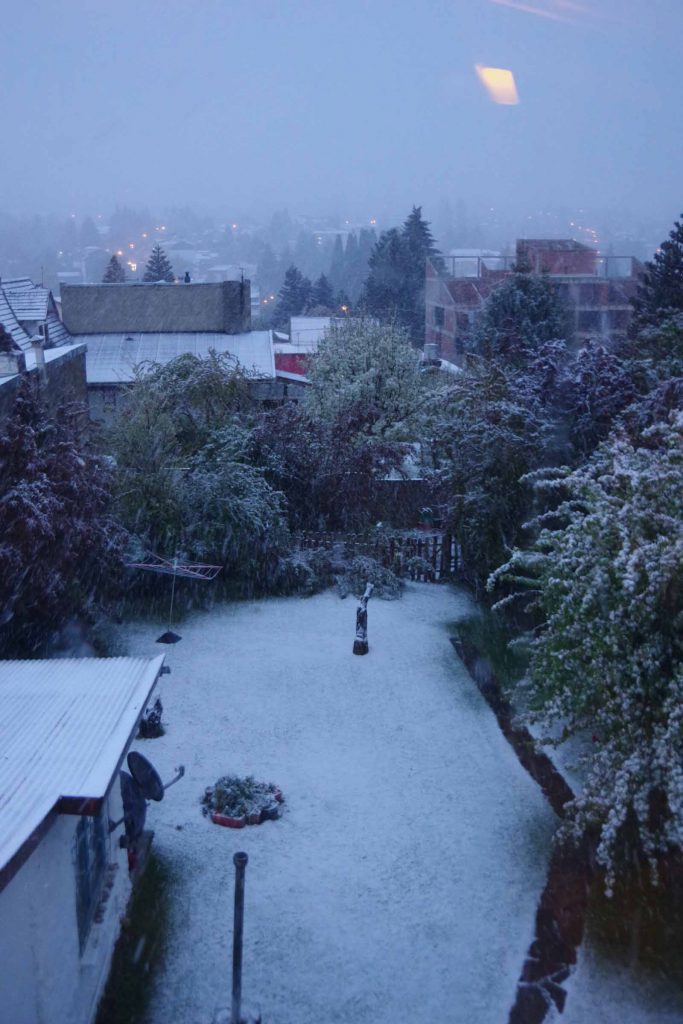 As far as weather goes, that was the nicest part of the weekend as later on Saturday afternoon it started to snow. Sunday was also a mix of snow and rain and good day to stay indoors. Normally, the winter season in Bariloche has snow between mid-May and mid-September so this was unusual. 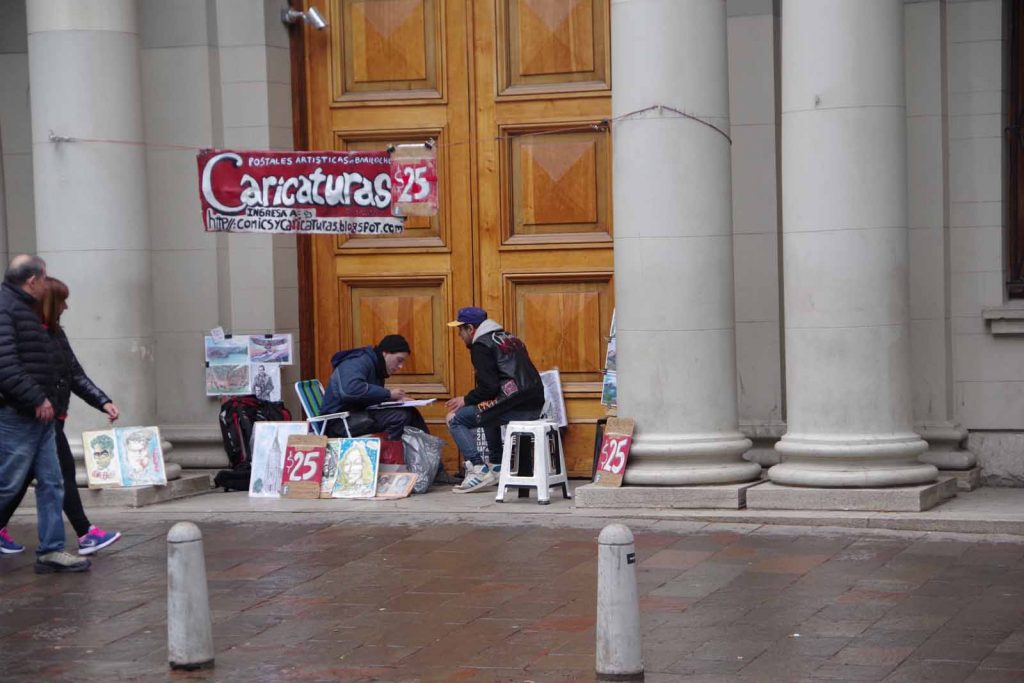 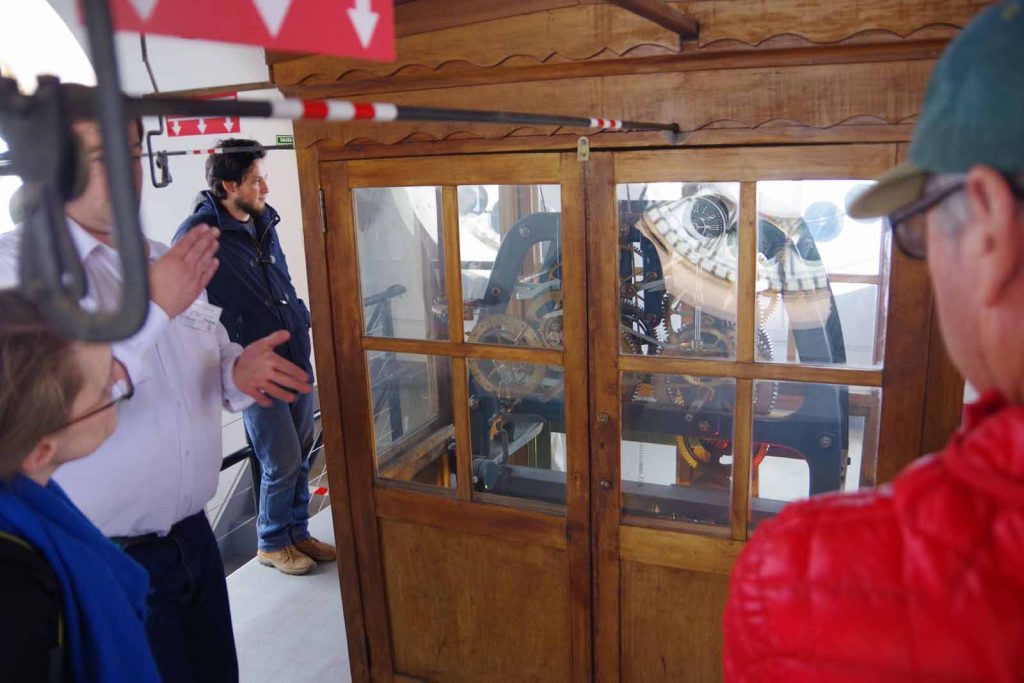 Our Spanish class had a few activities including a visit on Wednesday to climb up the clock tower and view the mechanism. Interesting to learn that temperature had an effect on the accuracy of the clock. At a temperature of 23C, the clock was accurate and more or less it would drift.

I still plan to go out with other students late this afternoon as well as a little bit of homework on the last day. However, the main classes are done. 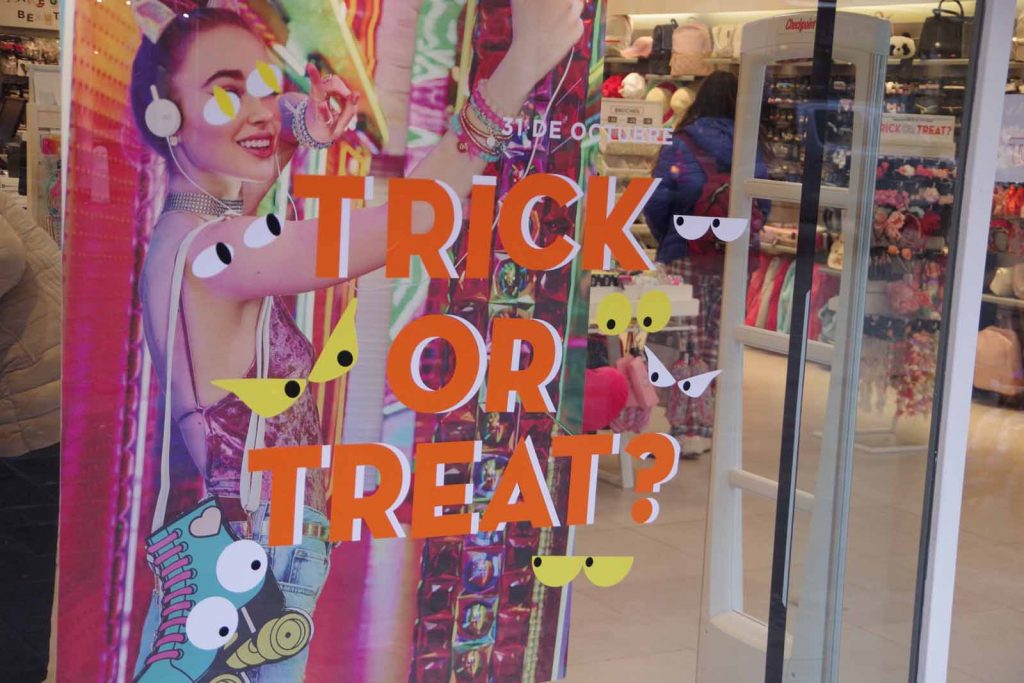 The world is interconnected and while Argentina doesn’t celebrate Halloween, there were still references downtown in the tourist areas. 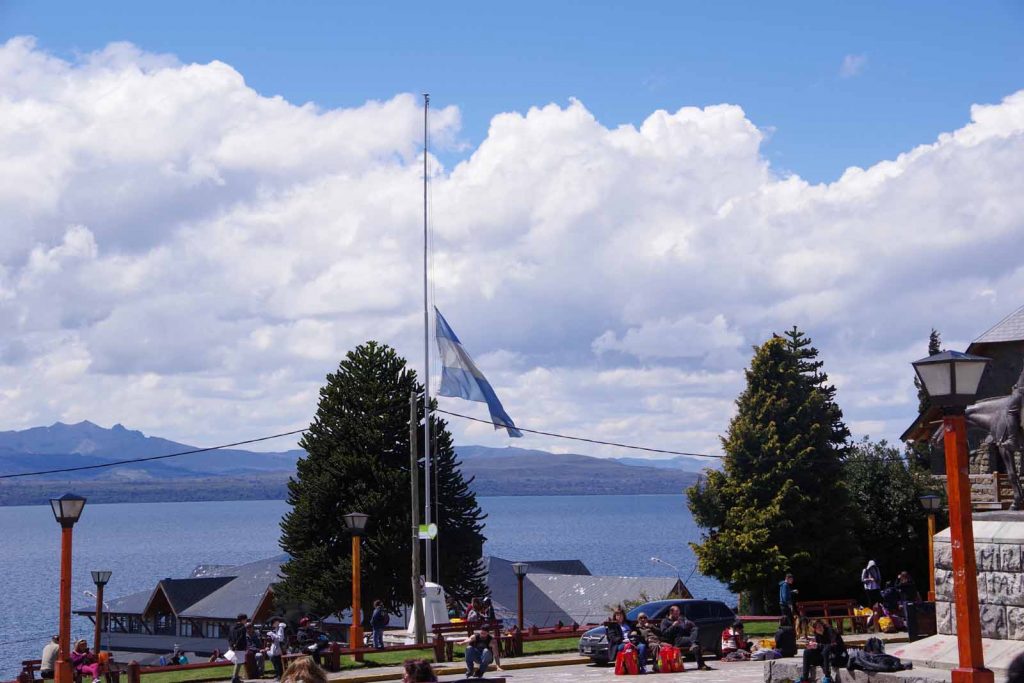 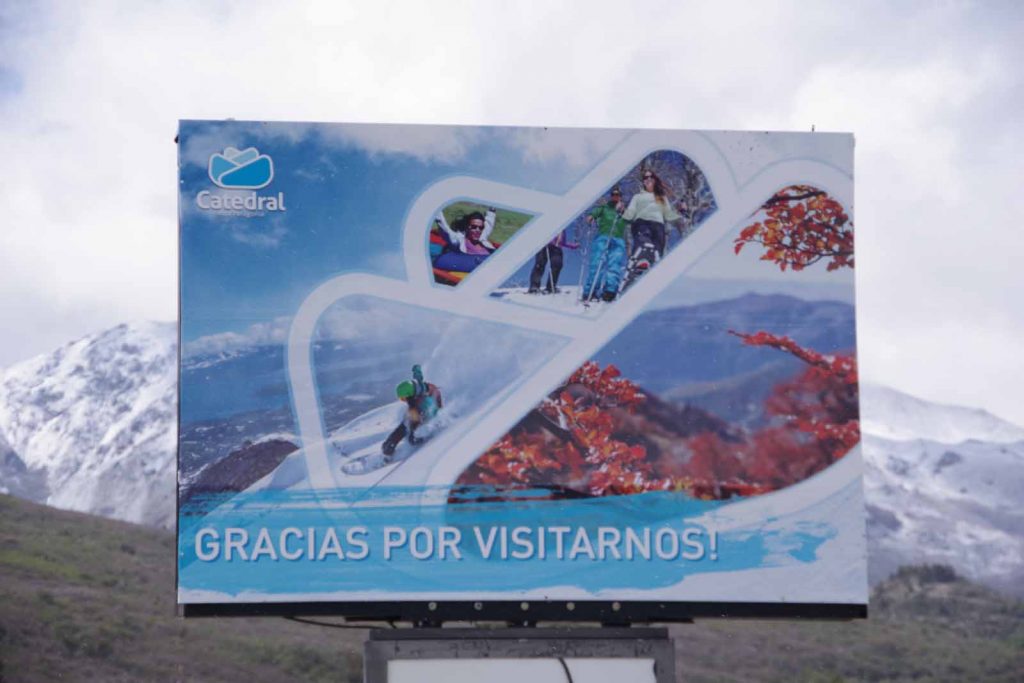 In addition to cycling to Cerro Catedral, I’ve done a few short bike rides this week. There is an facebook group, “ridingeverydayinNovember” and I’ve cycled short distances each day while taking part. 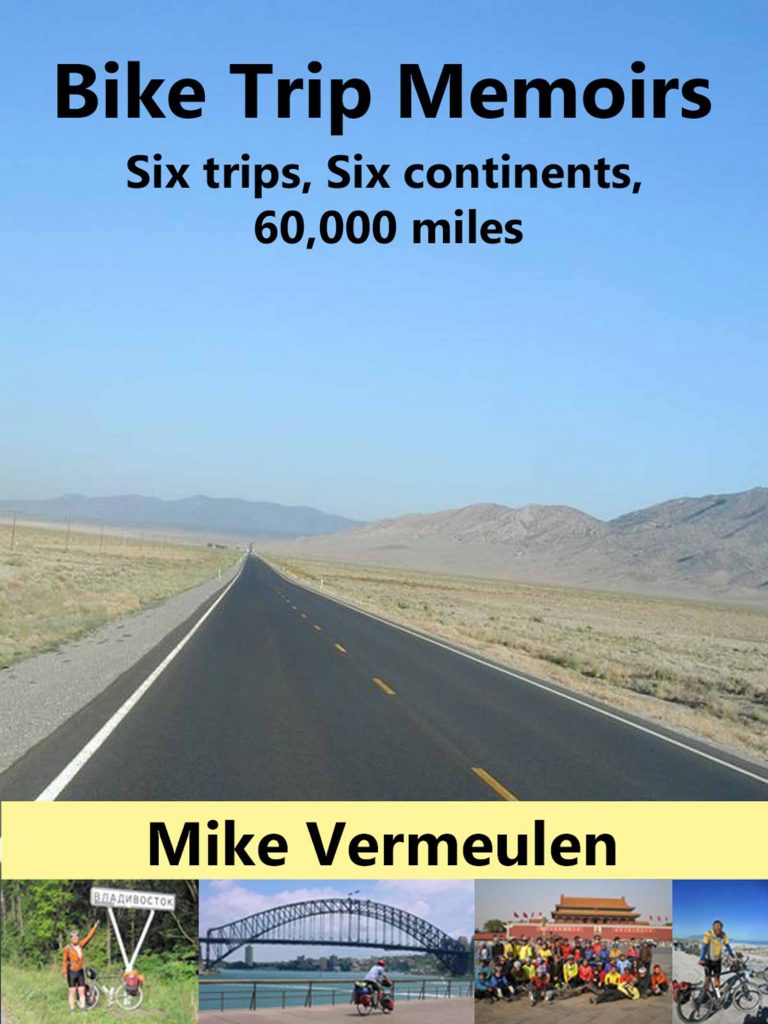 I’ve also done some further writing down of previous bicycle trips as well as editing content I’ve already written. It is a fair amount of work to write these sections about previous trips, but also fun to go through the past rides. Above is the book cover I am using for now.

I have just over two weeks before the TDA trip departs from Puerto Montt. The direct distance is only 350km or so, but I’ll depart somewhat early to make sure the welded bike continues to work fine. I expect it to be very unlikely, but if I have a problem with the weld, then this may give me some time to last minute retrieve a different bicycle. If not, I’ll also have some extra time in Puerto Montt before the TDA part of the ride.