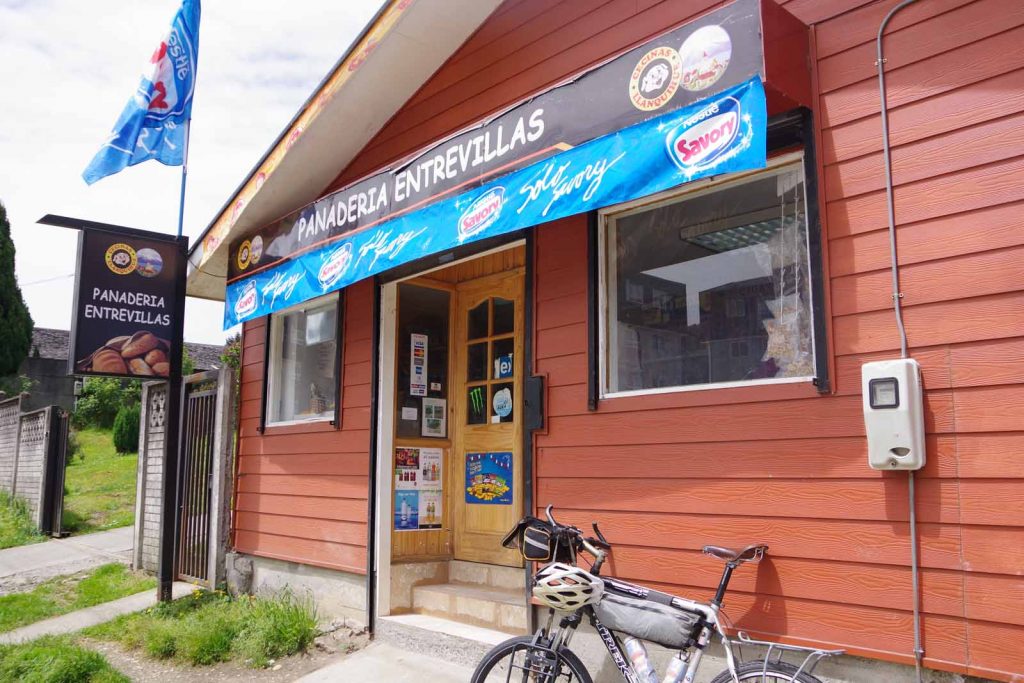 I’ve had a few more quiet days here in Puerto Montt taking short bicycle rides around the area to keep up with the virtual “Riding Every Day in November” group but otherwise doing some reading, writing and looking around the area. I now also have two distance milestones – 10,000+ kilometers cycled in South America and 10,000+ miles cycled in Latin America since I left San Diego. However, I will need to wait until Thanksgiving day itself to reach another, 25,000 kilometers cycled on my trip… 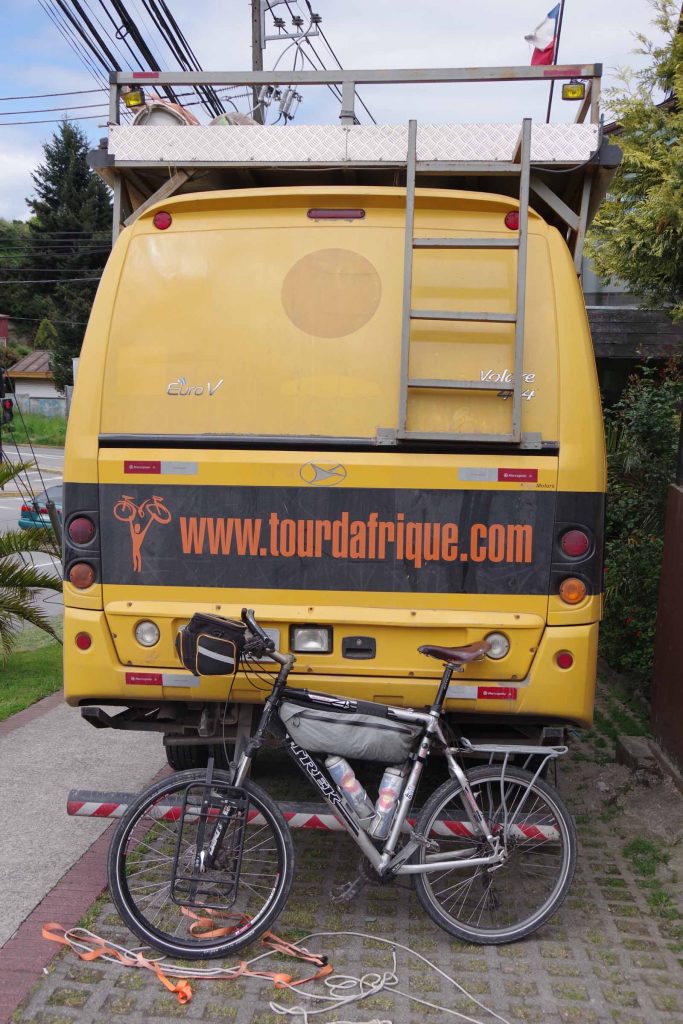 On Monday I noticed a large bus at a nearby hotel. TDA cycling group had arrived. The arrival was a day earlier than I expected, but they had skipped a preceding rest day and instead cycled seven long days in a row in favor of a double rest day here in Puerto Montt. I met some of the riders (promptly forgetting half the names :() and yesterday I also joined a group for dinner, but remembering a few more names :). I look forward to traveling with the group from here. 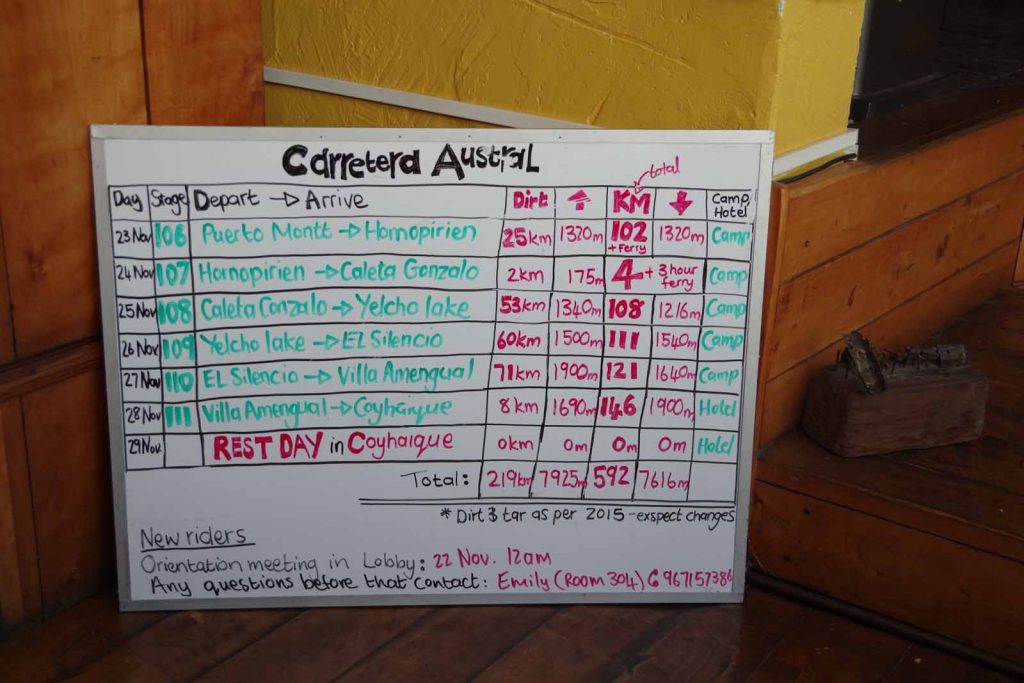 A white board has been posted for the upcoming week and gives a good flavor of what I’ve seen on other TDA rides. In comparison to my cycling so far:

So I expect it to be a faster trip with some more intense days and a fair amount of camping. In return, I no longer carry my own gear and enjoy the company of other cyclists.

I expect to provide much less frequent updates, mostly on rest days – at least assuming the wifi works and isn’t overwhelmed by a large group all trying to access at once. We will go through some more remote areas in Chile and southern Patagonia. If you want to see some other accounts of our trip, here are two possibilities:

Overall, looking forward to this next phase of travels. It should be an adventure.