Started by going over to auto rental place that advertised on cars allowed on the Dalton. Paid a little extra, but then also felt covered. Plan was for a one day rental to retrieve the bike. Drove back up to Yukon River without incident and was there a little before noon. Also met the Swiss cyclists there, they were just starting their day. Had lunch with them and then drove back to Fairbanks.

Dropped the bike at Beaver Sports Shop. Initial timetable was not favorable as they could put me in the normal service queue and get to it by eight days later on July 6th. I was willing to pay extra for some expedited service but didn’t hear until later that this will likely be two days from now on Thursday. Much better. I also promised to drop by some spare pedals which I had sent in my care package.

Had some time, so now needed to find that care package. I had sent it from a UPS office to a General Delivery US Mail address. So first found the main mail facility near the airport. They told me General Delivery was instead handled downtown. So went to the downtown post office. They looked and couldn’t find the general delivery package. They suggested trying with UPS since they don’t accept general delivery from UPS. So tried to find the UPS office and ended up back at the airport post office for better directions. Drove out to the UPS office and they had some strange hours (10:30am-12:30pm and 7pm-8pm) but there was someone there who was helpful in getting me my package.

Picked out the pedals and dropped by the bike shop where I learned the expedited timeline wouldn’t be before Thursday, but still better than first reaction.

Hence, at this point I am here until at least Friday morning. My care package had a bunch of stuff and some of this I’ll trade for other things I had. For example, need to carry less food at a time from here and may not need as many warm clothes. However, will see how much additional I add and what I perhaps mail away again. Nice to get this further sorted from here. 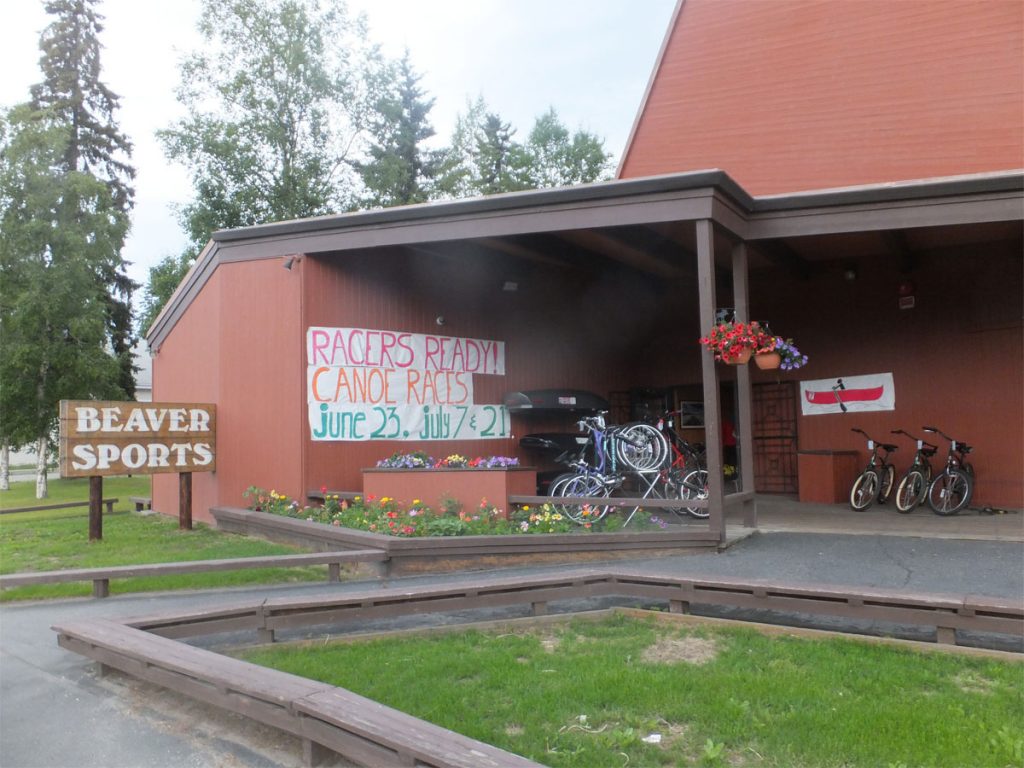 Thursday update: Beaver Sports fixed the derailleur and I have the bike back. Ready to get back on the road again tomorrow morning. I also mailed off some things from here. As part of the original plan, I had sent a care package here and then sent some things away. The idea being to optimize for the (gravel) Dalton vs. the upcoming roads that should be mostly paved and also have more services. Examples of things I swapped:

One additional item I now have for the bike is a “bear canister” up on the front rack. While it will be rare that I am more than a day from a store, I can put food in it for overnight camping and then leave it a ways from the tent. I had originally thought of bringing the bear canister also on the Dalton but ran out of “space budget”. In particular, I wanted to carry no more than one pannier with all the food and this couldn’t fit along with the canister, so waited to get it until Fairbanks.

Otherwise nice to be ready to roll again.