Short update from Meziadin Lake campground where wifi works when others are asleep but was too congested to connect yesterday. Three days of cycling brought me here:

Still continues to be beautiful wilderness road going through valleys created from glaciers. 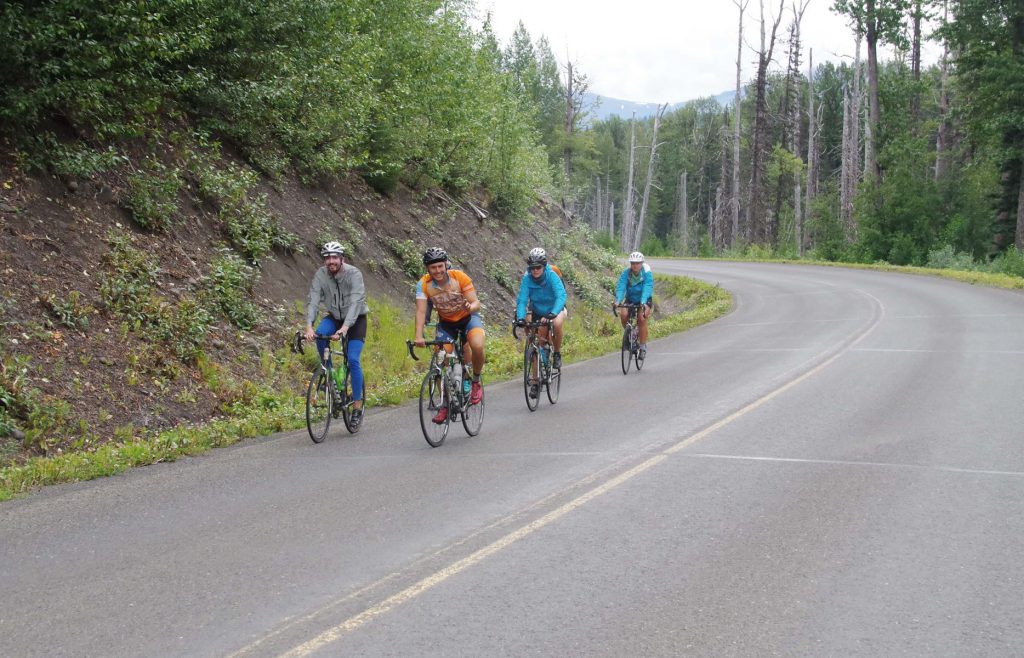 Above is photo of Texas 4000 cyclists I met. Earlier in the day, I had met some folks with a camper who told me there was a large group of young people cycling from Houston. I had a guess it might be Texas4000, so when I saw the crew above cycling, I held out a thumb and pinkie and yelled “Go horns!”. They responded and hence confirmed that this was an Austin-based group who had left in early June. Later after I arrived at Bell2, the rest of the Texas4000 group arrived. Apparently, the group in photograph above was doing a “challenge ride” of 200+ miles from Meziadin Junction to Dease Lake. The rest of the group was cycling that distance in three days and would meet up later.

Likely two more days on the Cassiar to reach somewhat more populated Yellowhead Highway and one or two days from there to Smithers. Photos wait until I have better connections.