Hooray, my bike is ready to go again.

I had been checking the UPS tracking numbers and was getting a bit concerned that by middle of the day, the last status was still “arrived in Prince George”. Hence, decided to stop by McBike just in case and was pleasantly surprised to discover the hub parts had been delivered in the morning. They were almost done with the bike since I had also asked for replacing worn cassette and chain as well.

I just picked things up and the bike rides well and appreciate Phil Wood for sending up the parts under warranty and McBike for their work in getting me going again.

Below is an image of the broken hub part to briefly describe what failed. The end view shows five pawls that normally stick out one direction engage in a ratchet wheel to drive the hub forward. When one spins the other direction, these pawls stay pushed in to let the hub spin freely.

The problem was that the pawls were getting stuck in the “disengage” level and the hub was spinning freely in both directions. Not particularly useful when you want the hub to engage and let you drive forward. When the chain “skipped forward” perhaps one pawl was missed and when it rotated freely all pawls were missed.

The second picture gives an end view including the spring that sits in middle of the pawls and provides pressure to help keep the pawls popped out so they will engage.

What appears to have failed is a combination of the spring no longer pushing the pawls back out and the pawls themselves getting stuck in off position. Perhaps one contributing factor was the grease getting dirty/contaminated so providing extra help in keeping the pawls stuck. Phil Woods send an extra version of the freehub body as well as some grease, instructions. In addition since we weren’t 100% certain if I had a four-pawl or five-pawl hub, they sent some extra pawls. The replacement pieces were sufficient for mechanic to fix things. 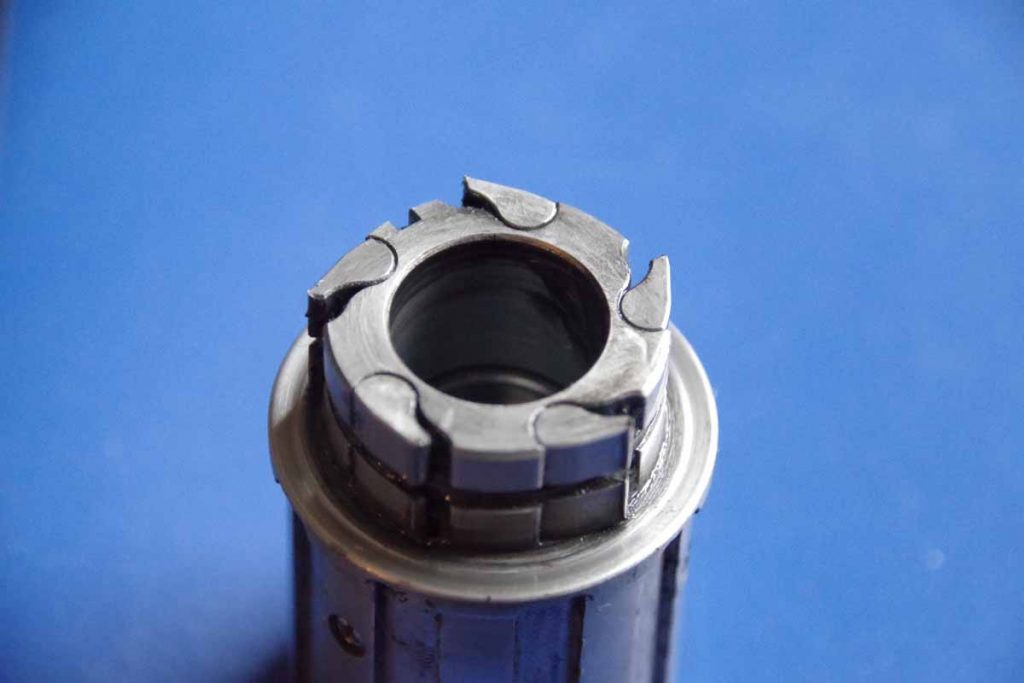 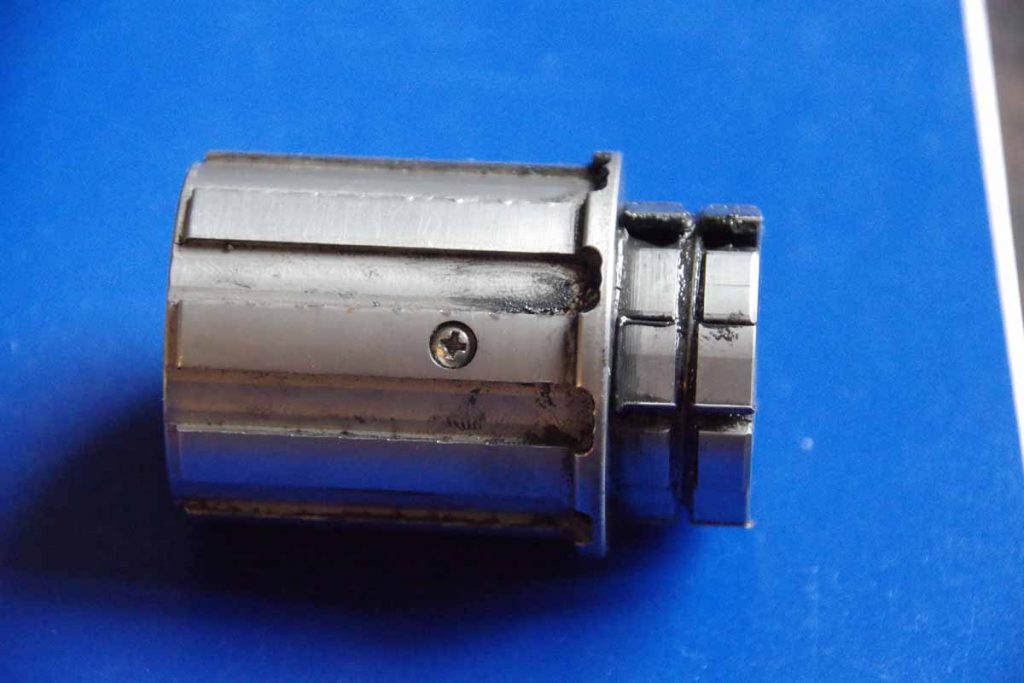 One thing I’m thinking in future is carrying an extra freehub overhaul kit as well as perhaps learning a bit more on taking hubs apart to put in fresh grease.

In any case, happy to have things fixed and be ready to ride again.