A shorter ride that wasn’t too difficult. 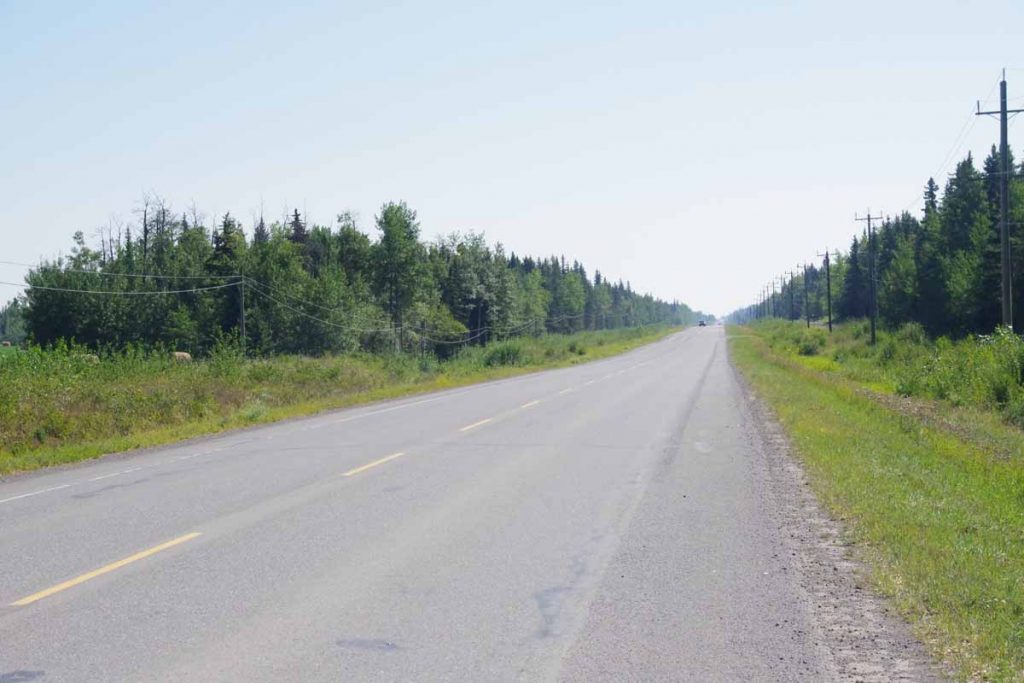 Landscape was flatter today with a lot of flat straight segments through the forest. There were two climbs today when I shifted back into granny gear and rest was zipping along in mid-range gears. 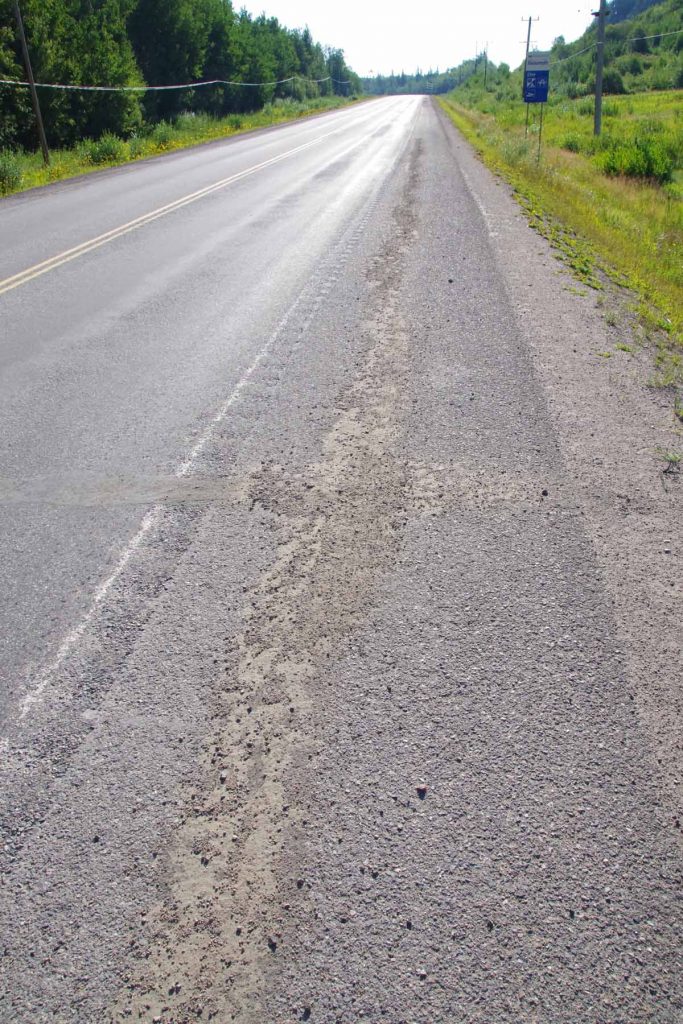 They are busy “crack patching” in the section between Frasier Lake and Fort Frasier. The first 20km the shoulder had a lot of segments like above where they’ve put tar to seal the crack and then a generous amount of gravel on top. On the primary driving surface the gravel quickly goes away but sometimes had a few bumps on the shoulder. Enough log trucks and other traffic that I was mostly on the shoulder.

After that a climb coming out of Fort Frasier and then mostly flat. The road had long straight sections and hills only came when this cross-route cut across some roads. 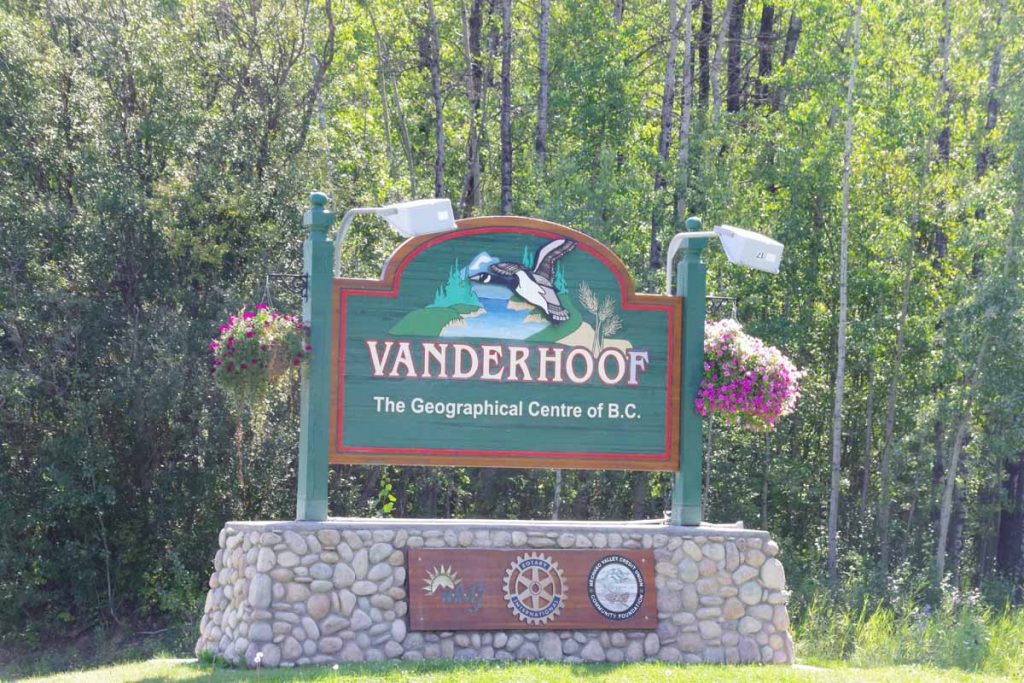 Claim to fame for Vanderhoof is that it is “geographic center of British Columbia”. A nice visitor center coming into town along with a museum (closed for the summer). A few motels and nice small downtown street. Also a grocery store. Otherwise, I was in town by mid-day and took and easy afternoon – since do not expect much between here and Prince George (PG). With a population of 71,000 PG has more people than any town I’ve been through so far.

One sobering note in the afternoon I noticed the street in front of the motel was very quiet. Thought it might be the road construction/paint striping going on, but discovered ~4pm there was collision between motorcyclist and jeep. Police had closed off the street before doing careful forensics on the crash and street was still closed several hours later. Motorcycle was type with large “panniers” so likely a traveler. Can’t be too careful.