I have come through approximately a dozen towns in the past fifty days that are large enough for a grocery store: Fairbanks, Delta Junction, Tok, Haines Junction*, Whitehorse, Teslin, Watson Lake, Dease Lake, Smithers, Burns Lake, Vanderhoof and Prince George. However, the population of Prince George (~71,000) is about equal to the population of the other eleven towns combined. Counting grocery stores is subjective to figure out the boundary between large convenience store (Otter Falls?) and really small grocery (Haines Junction) but close enough for this calculation. 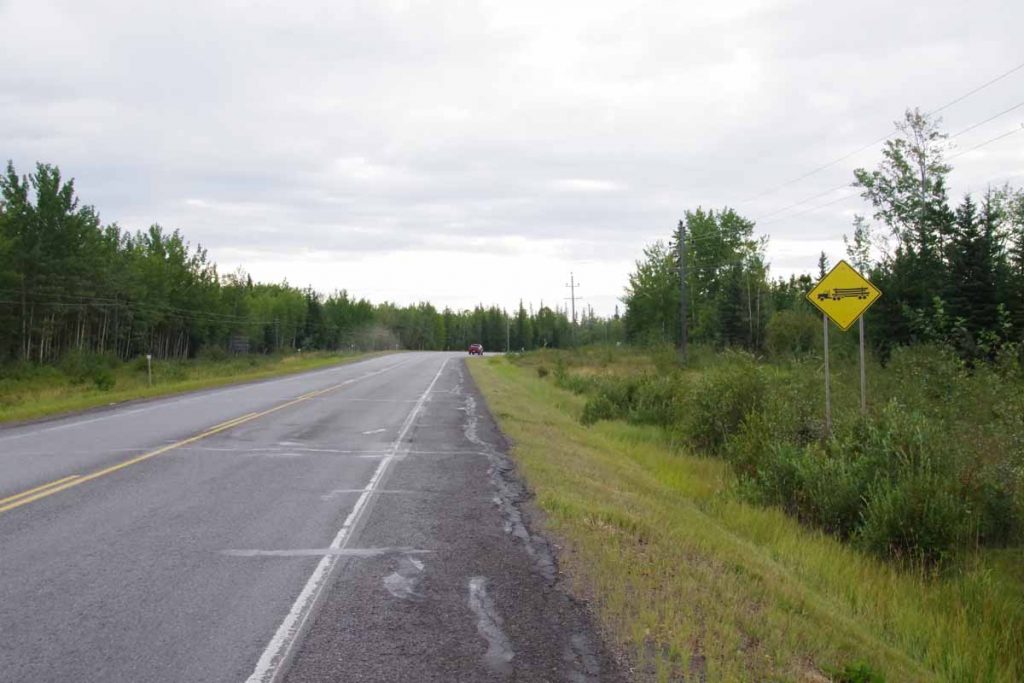 Today the road was surprisingly busy – particularly with log trucks and large double long “Ledak” trucks that smelled like cut timber. I’ve browsed other journals to get an idea of road conditions and other travelers have complained about lack of shoulders and heavy logging traffic – so I kept track. Approximately 25km of the route today didn’t have shoulders – so required extra concentration. Only one instance where an oncoming truck making an unwise pass forced me off the road, but needed to watch more closely today.

It was occasionally raining when I left Vanderhoof. Climbed up out of the town and then mostly ups and downs after that. I was trying to figure out where all the log trucks were going, particularly with a big mill in Vanderhoof and apparently they pretty much continued all the way to Prince George. The first 23km had a reasonable shoulder. 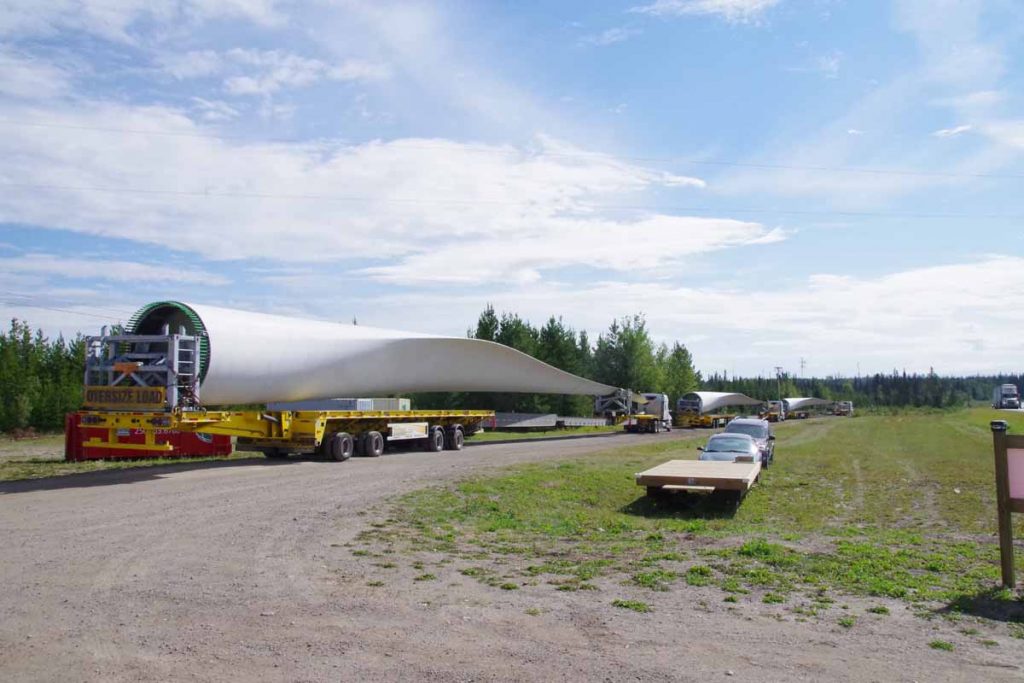 At 23km my nice shoulder went away. Ten kilometers further was Brookside RV park with small store. Stopped here and had a second breakfast (Bednesti resort near 47km was closed). Also saw some of these large trucks parked, so somewhere up here they are putting large wind turbines.

After breakfast some more “no shoulder” riding and some up and down hills. Before 50km, the shoulder reappeared and was there for rest of the day. 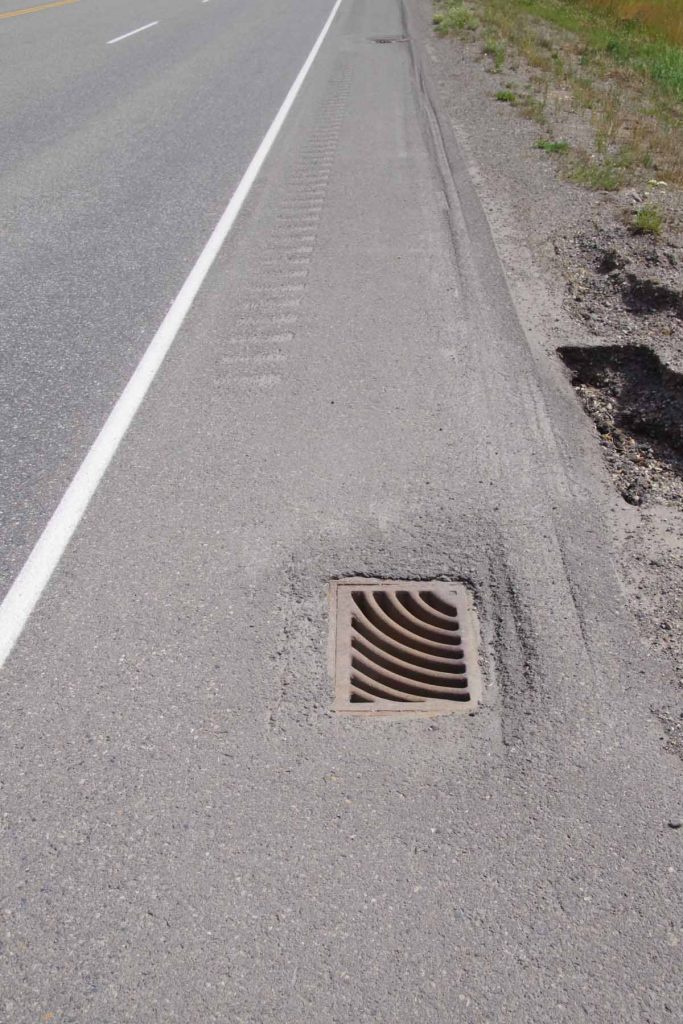 However, counted in that was a short section shown above where traffic designers decided to put in both a rumble strip and grates in side of the road. Pretty sure that designer wasn’t a cyclist. Fortunately, it was only a short stretch and I could ride to left of the rumble strips to avoid the mess.

At 75km was a steep descent to Chilako River followed by a “chain up” area and then another climb. Not much later was a Petro Canada gas station/store at 82km and chance to refuel and take a break. 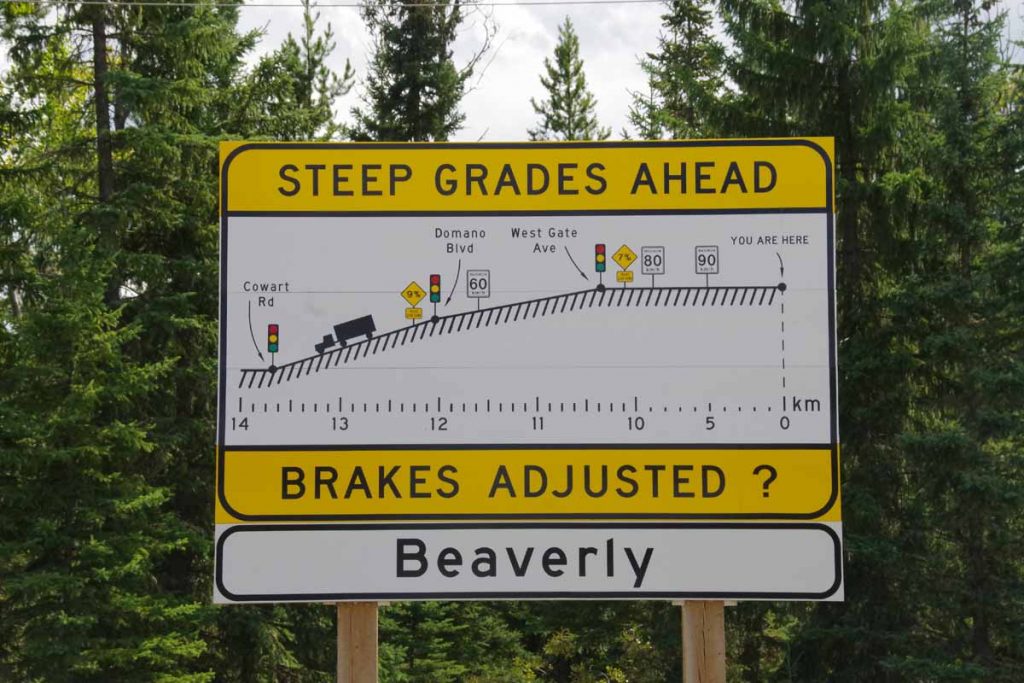 After this as sign above shows, it was more downhill than uphill. At 90km the road became four lanes and had some good descents coming down into Prince George. Traffic also got quite a bit busier. 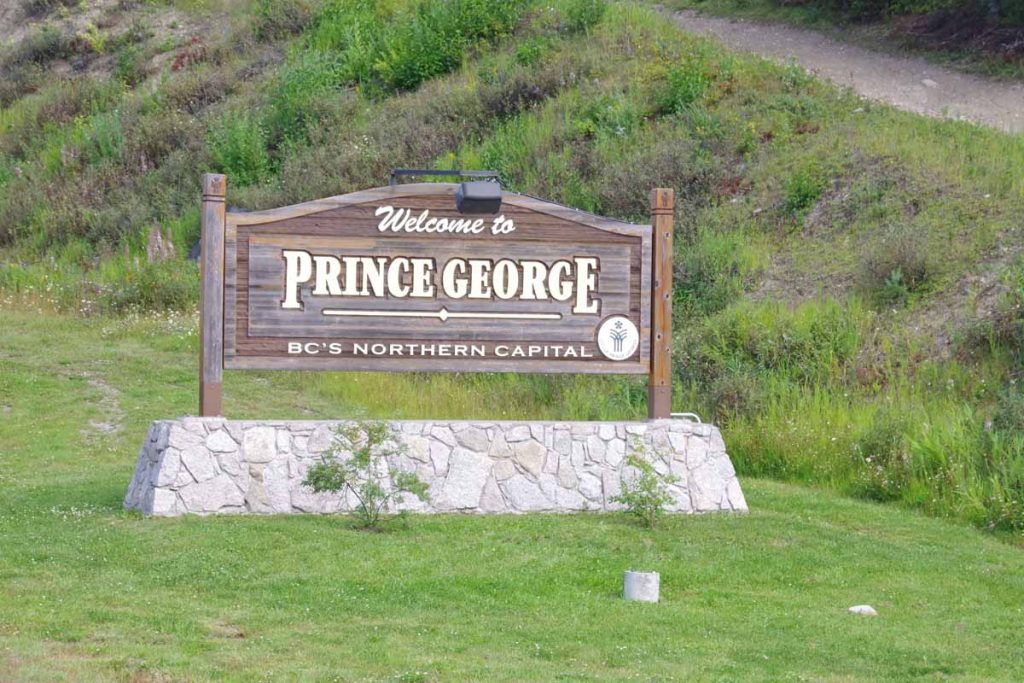 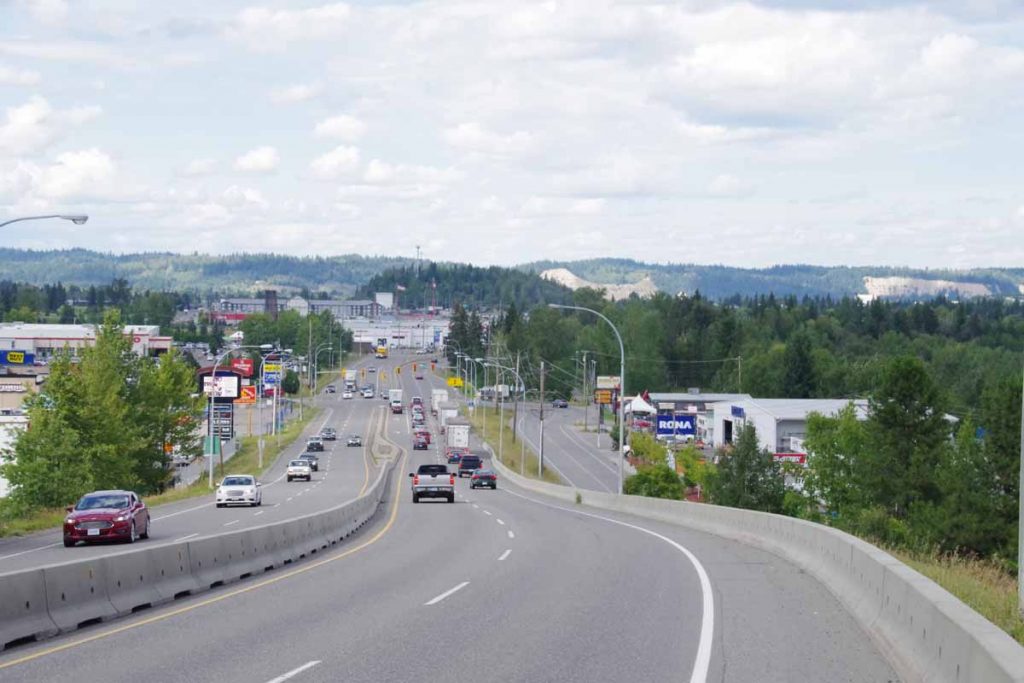 One of the last downhills into town. I passed the major intersection of Yellowhead (#16) and Highway 97 and then not much later came into city center with grid of streets. Found a motel downtown and happy to get to the big city.

After today, expect a transition of sorts. My original plan has a Phase 1 on touring bike followed by a Phase 2 on mountain bike. My brother Bert is kind enough to bring up the mountain bike and help make the swap. We’re doing this in next few days and Bert will join me for a few days and after that Bert will leave with touring bike.