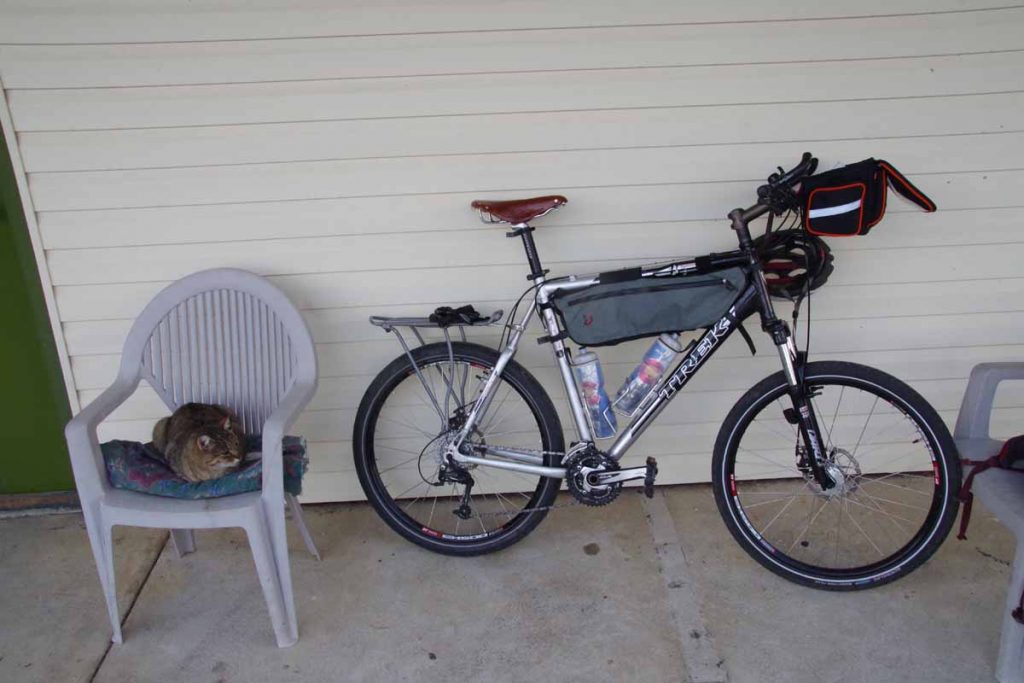 My bicycle for the day (cat not included). My plan has been to shift from touring bicycle to mountain bike for the Great Divide. Looks like a four-part transition:

Today was third in that sequence as I put together my mountain bike and Bert helped by SAG some pieces as well as then meeting me for part of the ride.

McBride was small town yesterday – we found all the restaurants except the Chinese as well as discovered the grocery store closed at six. Not to worry as we picked up a few things before leaving. It was a short ride today and I put together my bike to ride the 63km and Bert drove to end point and cycled back to meet me. 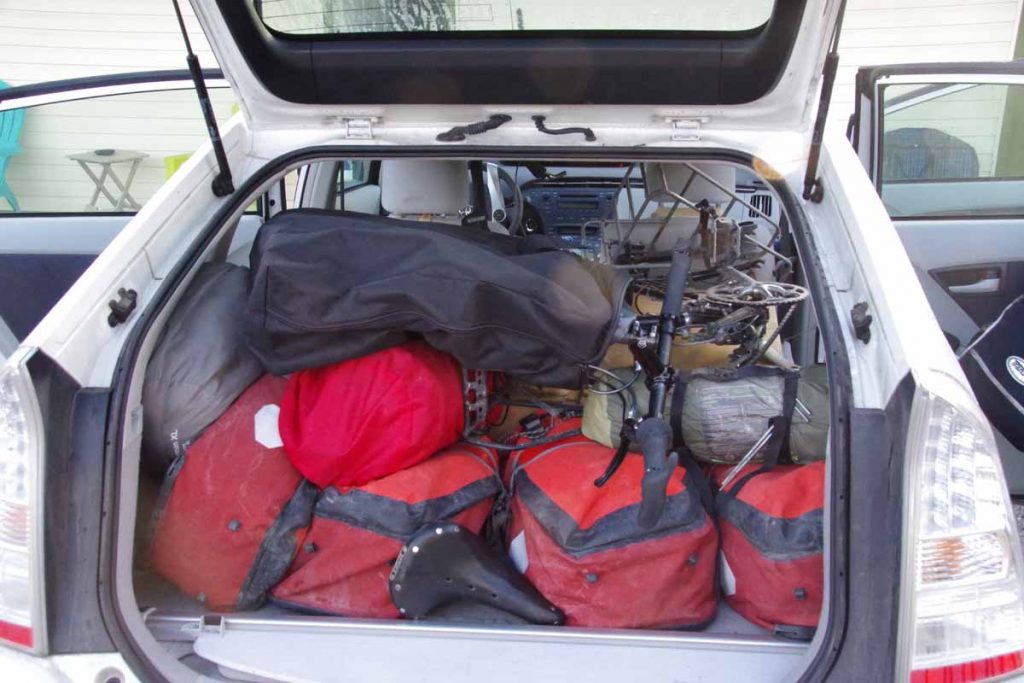 Touring bike and some panniers and other items back in Bert’s car.

The valley was pretty flat and not much climbing today. Also started seeing some higher peaks along the way. Part way along met with Bert and got a photo and nearby rest area where you can see some, but not most dramatic peaks behind. 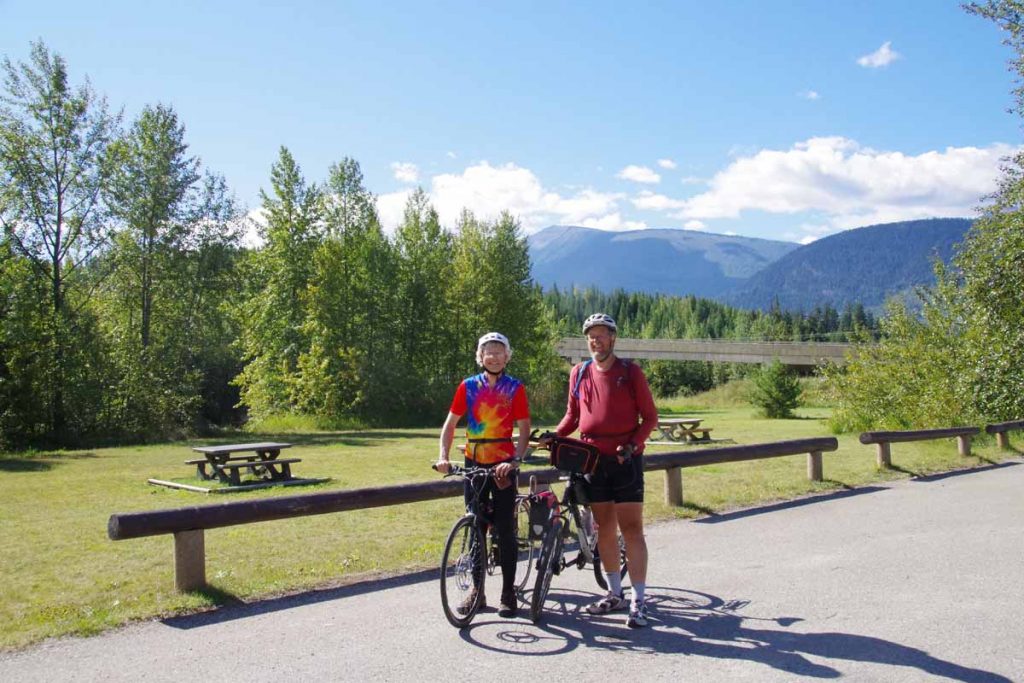 After that a fairly quick ride to the motel at the junction here.

A few items discovered in past few days that cause some adjustments to the plan.

Meanwhile it also lets me try to figure out a key question…why is Tete Jaune, the small village, given the French name, but Yellowhead, the highway given the English translation?