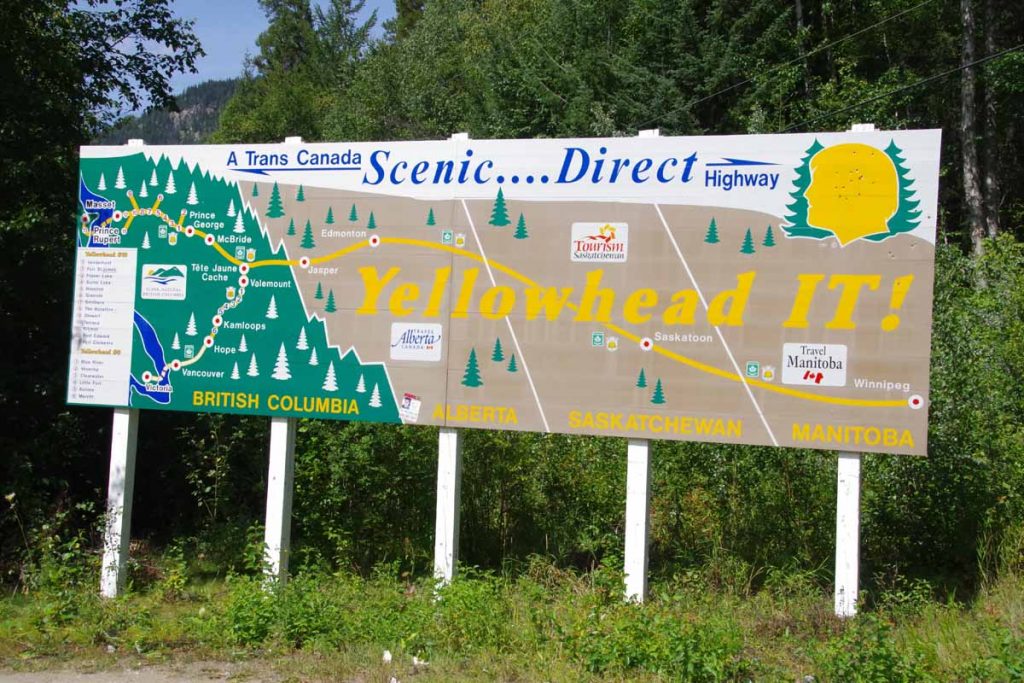 No room at the inn. All campgrounds and motels in Jasper are full today. Hence, made a reservation for tomorrow and took today as a rest day in Tete Jaune. Bert left today so the bike switch was also finished today. However, before leaving we had a ride together and a car shuttle: Bert drove to Robson Visitor Center and cycled back, we both cycled to Robson Visitor Center and then I cycled back. Photos below in that segment, I’ll also cycle it tomorrow but nice to see it at more leisurely and tourist pace. 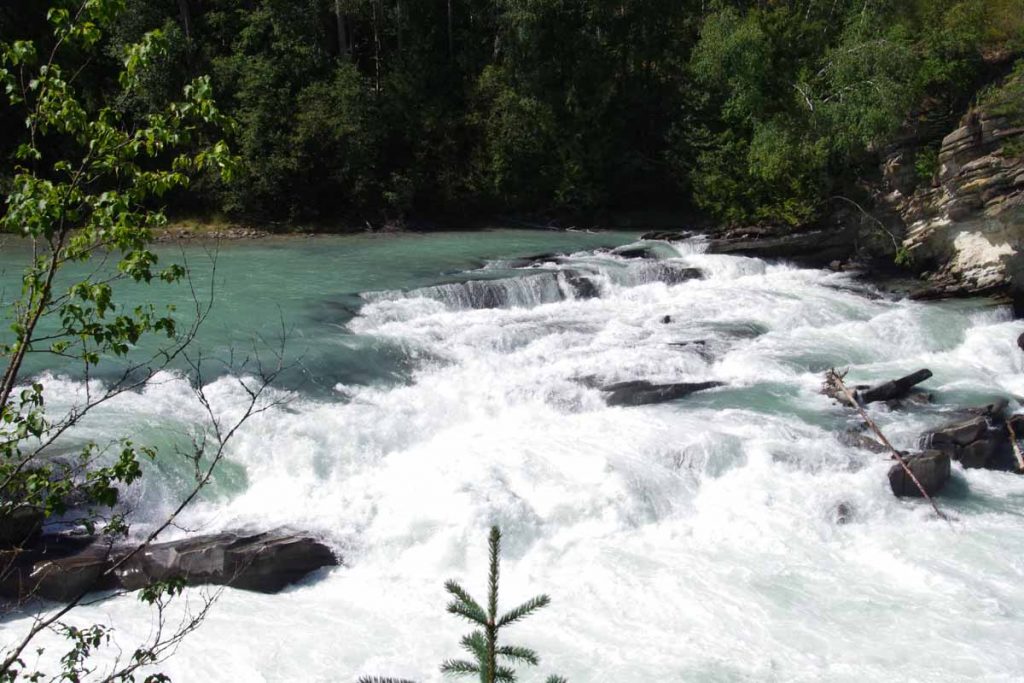 One kilometer from here is road junction with highway five (also named a Yellowhead highway). After that point the road became noticeably busier. A few kilometers past that was Rearguard Falls. 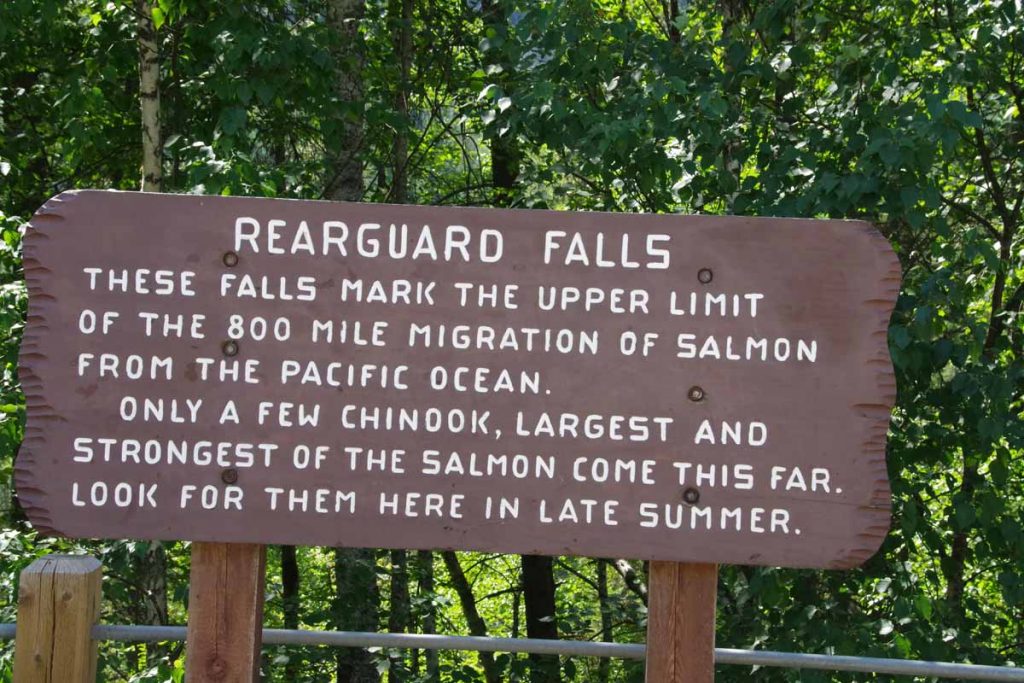 Salmon swim all the way from Vancouver up the Fraser River, but this point marks the furthest almost all of them reach. 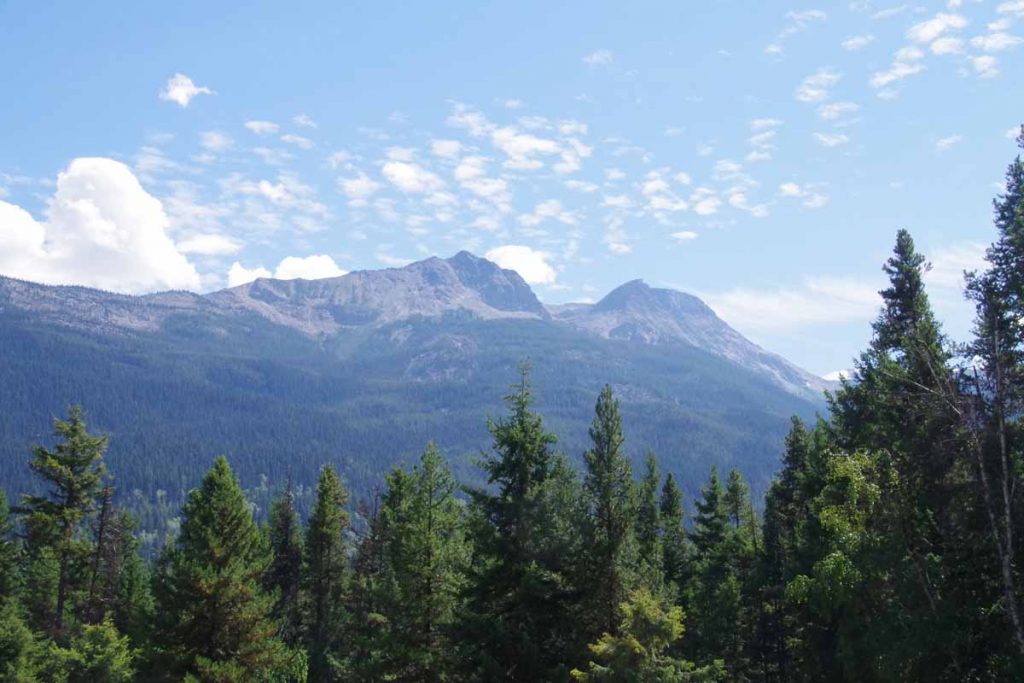 A few kilometers past that is a rest area for Terry Fox. Also the nearby mountain shown above is Mount Terry Fox. The more complete story is described below. 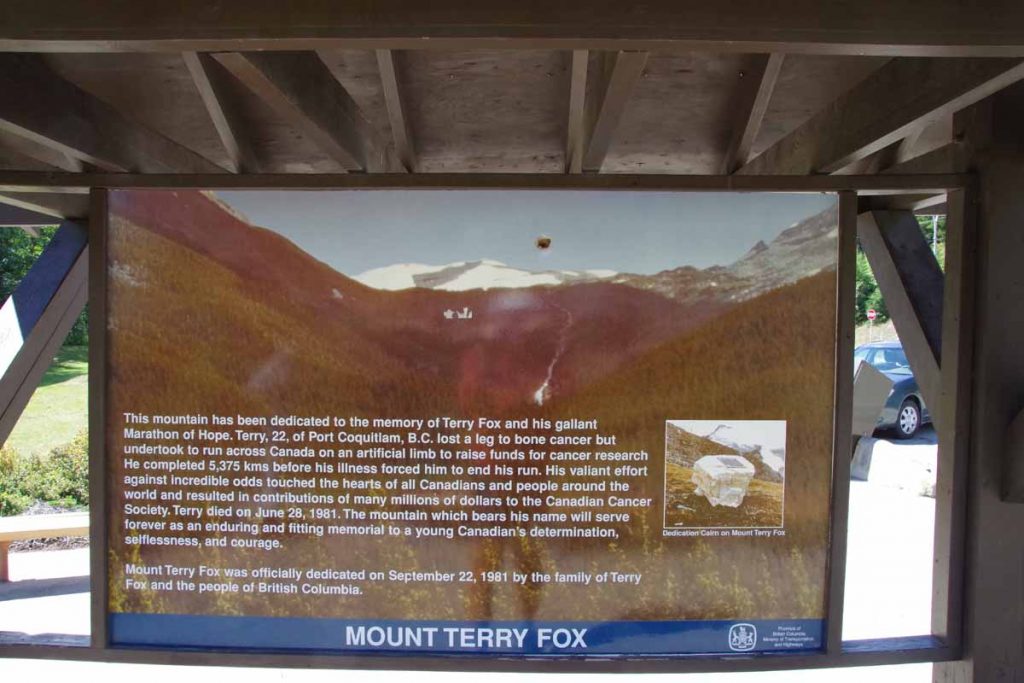 A few kilometers after that was entrance to Mount Robson Provincial Park. The big mountain in background is Mount Robson, highest mountain in the Canadian Rockies (3954m or 12,972ft). 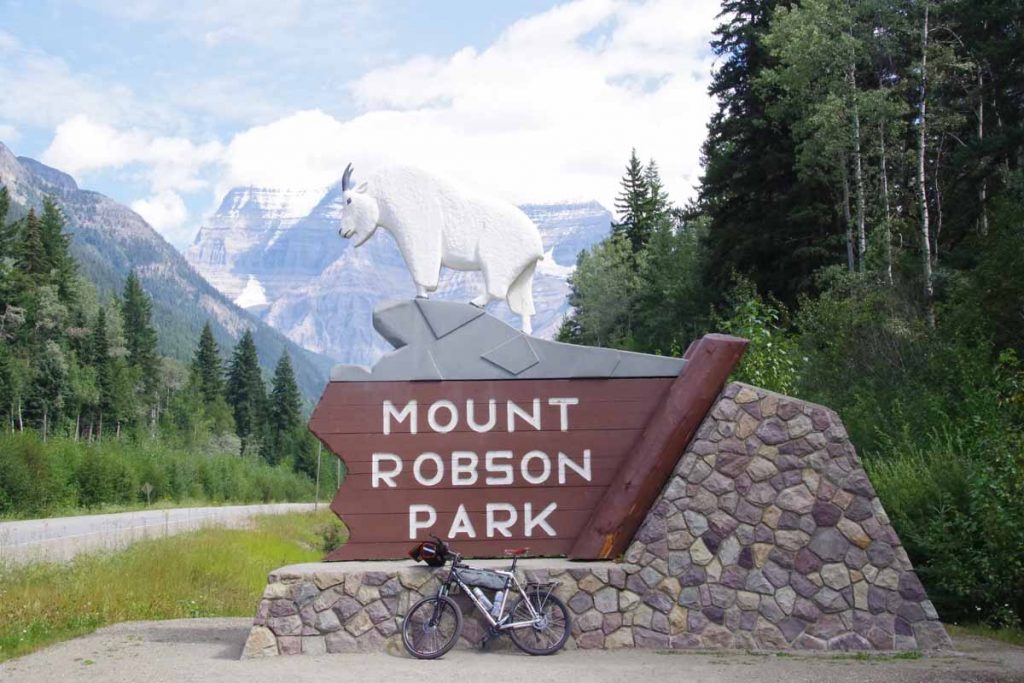 The summit was obscured by clouds but still looks impressive, particularly given that the road elevation is ~900m so ~3000m (10,000ft) above the road. 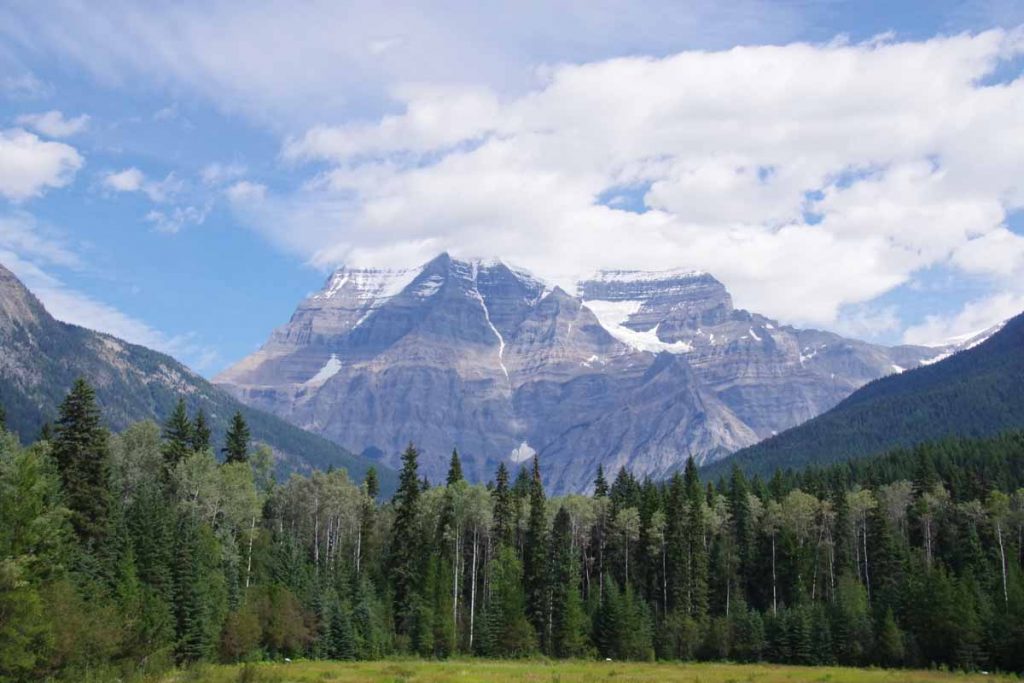 At 17km was Mount Robson Visitor Center. Nice views of what we could see of the mountain. Also a visitor center and cafe. Surprisingly busy with tour buses. I have a suspicion the large crowds will likely be with me all the way to Banff. Fortunately, road shoulders so far were still reasonable.

I did ask more about the “Tete Jaune” vs. “Yellowhead”. The name came from an Iroquois guide Pierre Bostonais who had blonde hair and guided people across the low pass. However, folks at the visitor center couldn’t explain why Tete Jaune Cache town was named in French and the Yellowhead Highway was named in English.

I have campground and hostel reservations next five nights and then hope to start the Great Divide. Not sure how much wifi I will see before then.