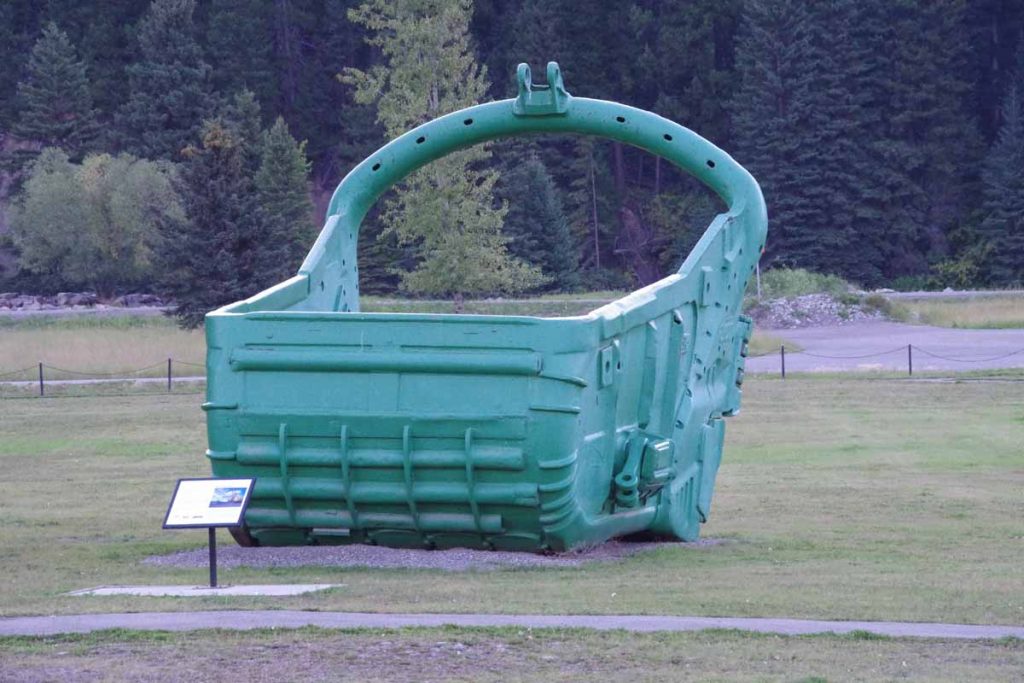 Easy ride today as I mostly followed the major roads from Elkford to Fernie. Approximately 75% of my miles today were on GDMBR, initially on the primary route and later on the “Fernie Alternative”. My guidebook describes the Fernie Alternative as “The Alternate, which was the original and one-and-only route until 2010, is about 40 miles shorter than the new main route and much tamer. Riding the alternative is more like bicycle touring, while tackling the main route is akin to real mountain biking”. Seemed like a reasonable choice for me.

I took a short cut from Elkford, riding past the mining equipment above and then down the main highway. This met up with the original route after 10 miles, slicing off 8 miles from that route. It was a nice, fairly quite road with good shoulders. 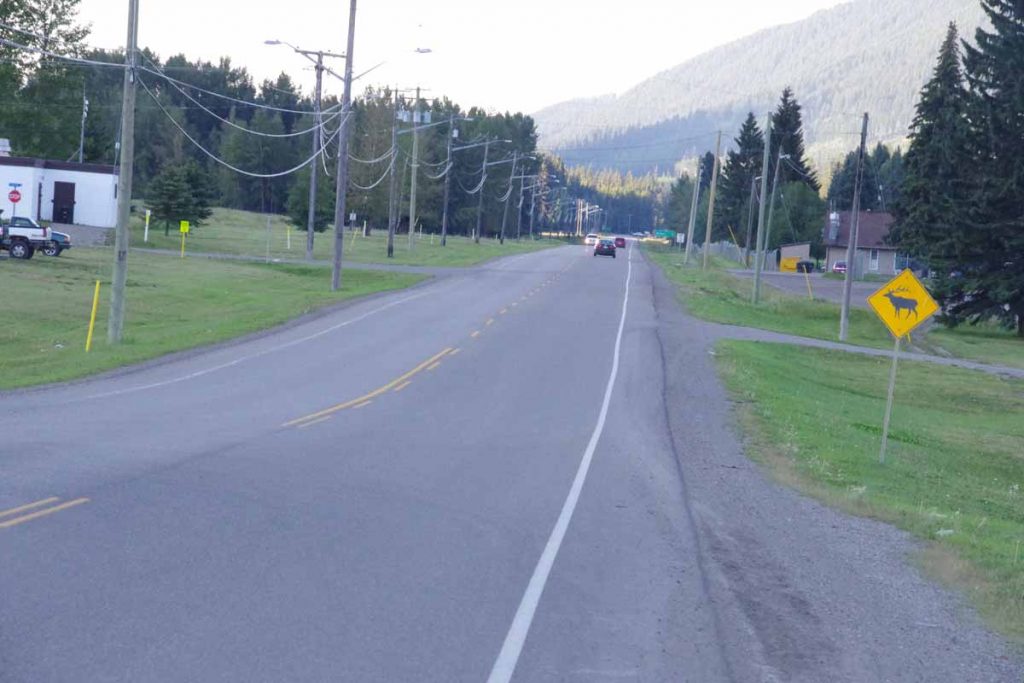 After another two miles, I followed the route on secondary road past the airport. This was a quiet little back road that came past ranches and rural acreages. It was great riding. Before I knew it, had reached 22 mile mark and was in Sparwood. 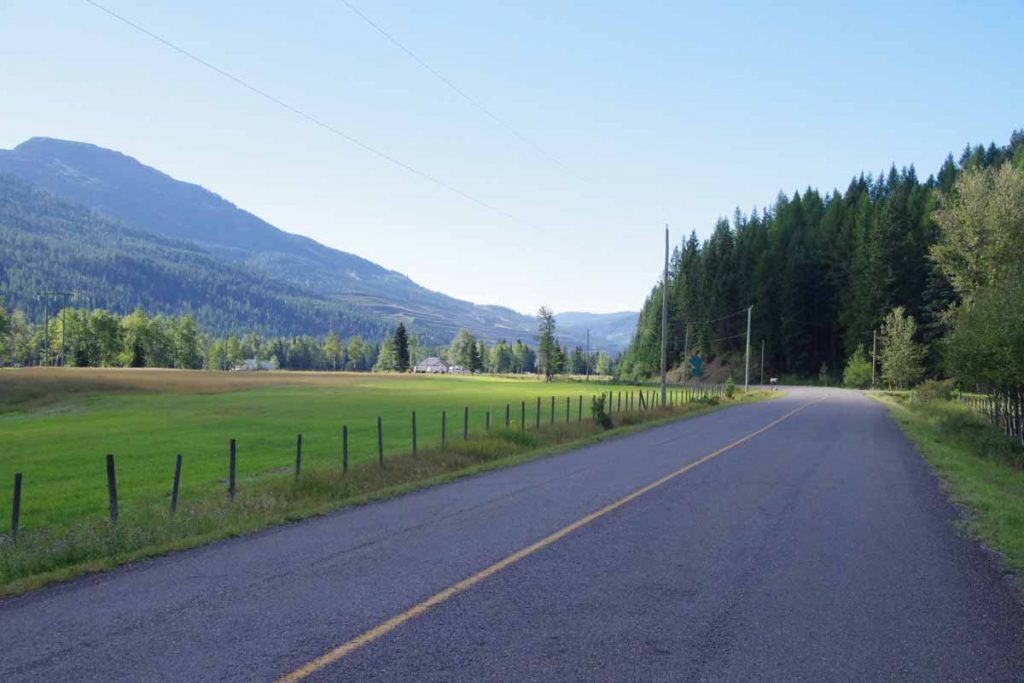 Sparwood is a mining town. Below are two photos of the giant truck found near the visitor center. 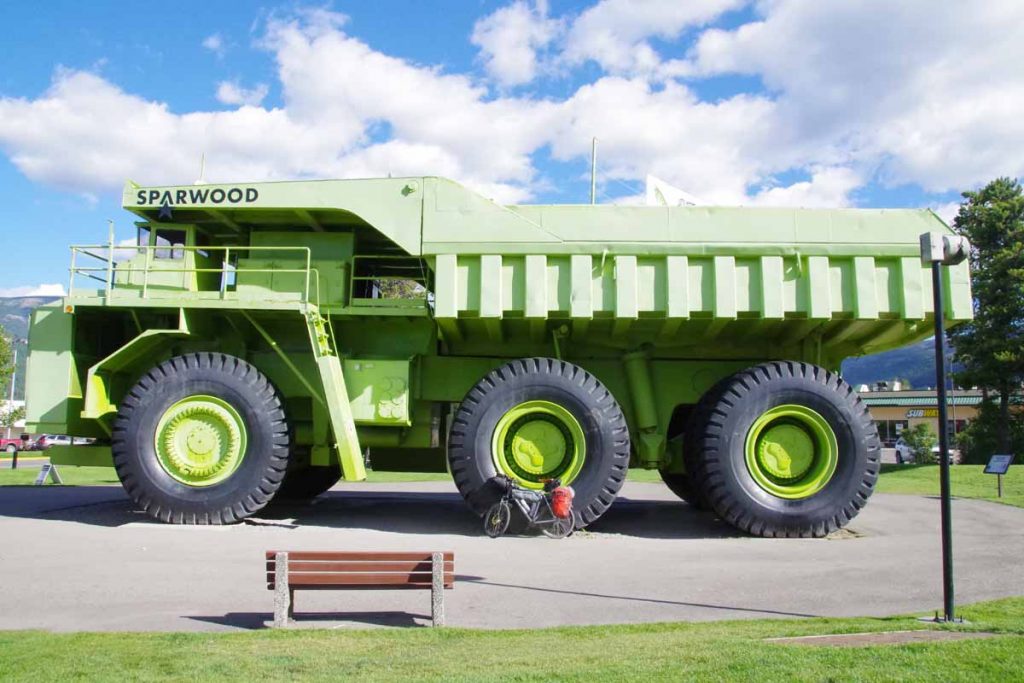 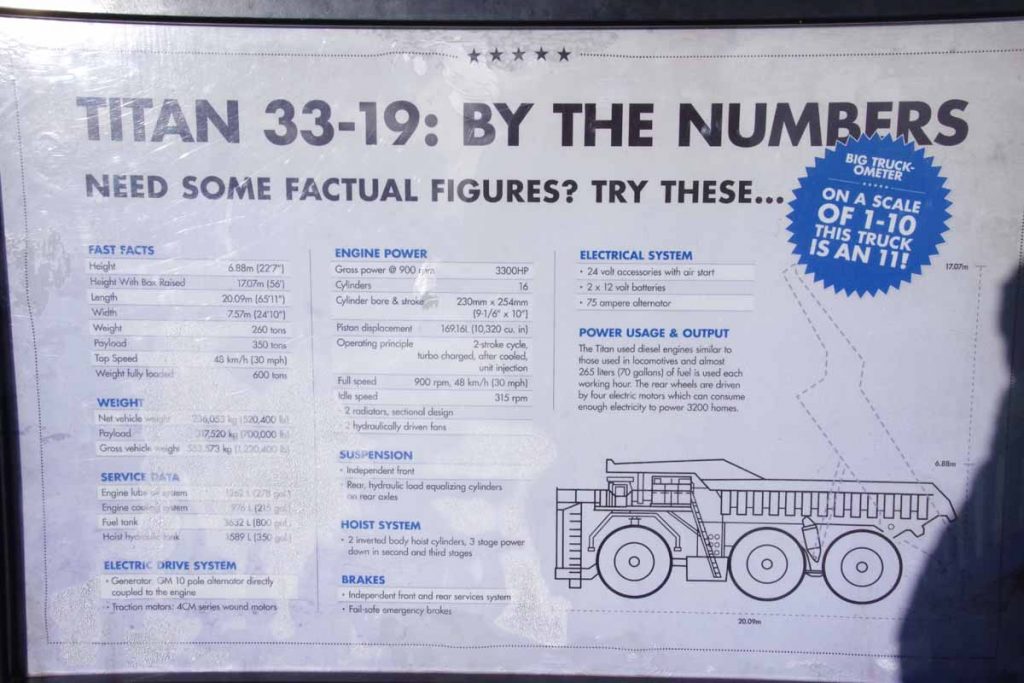 I dallied here for a bit and got an early lunch. In the meantime, the SSW winds (headwinds) picked up and were now perhaps 30km/h (20 mph). Route three out of town was busier but fortunately also had reasonable shoulders. Part way along was a second of road construction where they were paving the new route. Cars were held up for 20-30 minutes but I cycled up along the queue and not long after I came to front, we could go. After that there were multiple miles of grooved pavement. 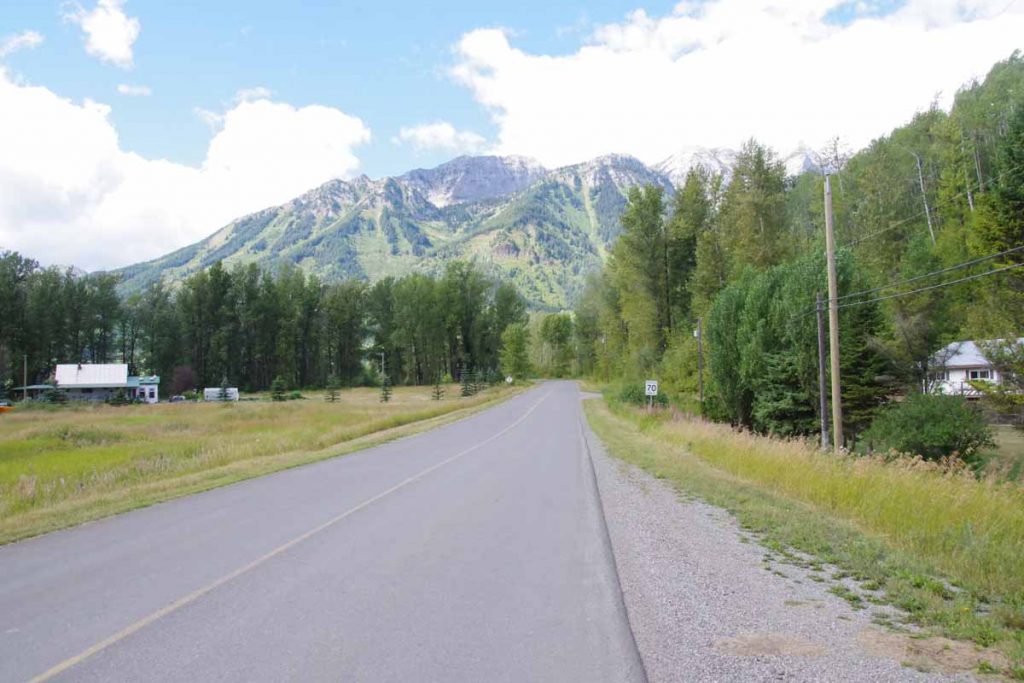 Fortunately, another quiet little road to travel along before reaching Fernie. Stopped in visitor center and also at shops on way in. 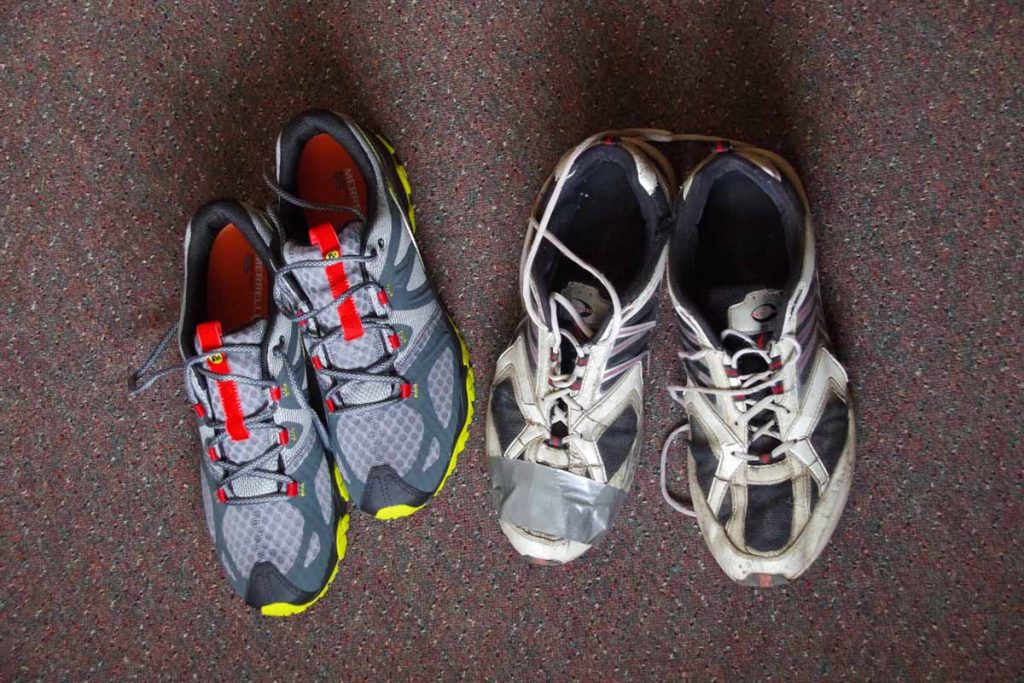 My shoes had been falling apart. I could glue them together and attach with duct tape, but was time to buy new shoes. When I bought the shoes, the clerk remarked that it was “very Canadian” of me to have taped together the shoes. Not sure if that is a complement or not.

Found motel at 42 miles near downtown Fernie. Overall, the winds were sometimes strong, but otherwise an easy day with mostly flat or slightly downhill as well as not too much distance. Fernie itself has a nice downtown. 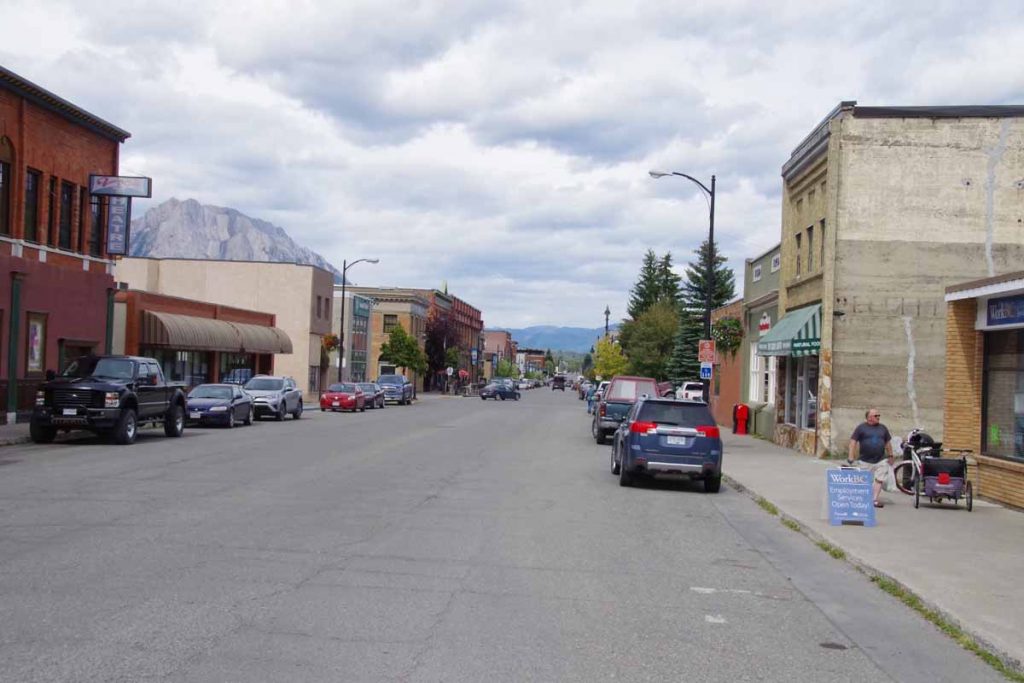 Where I also found someone had created crocheted bench covers near the library. 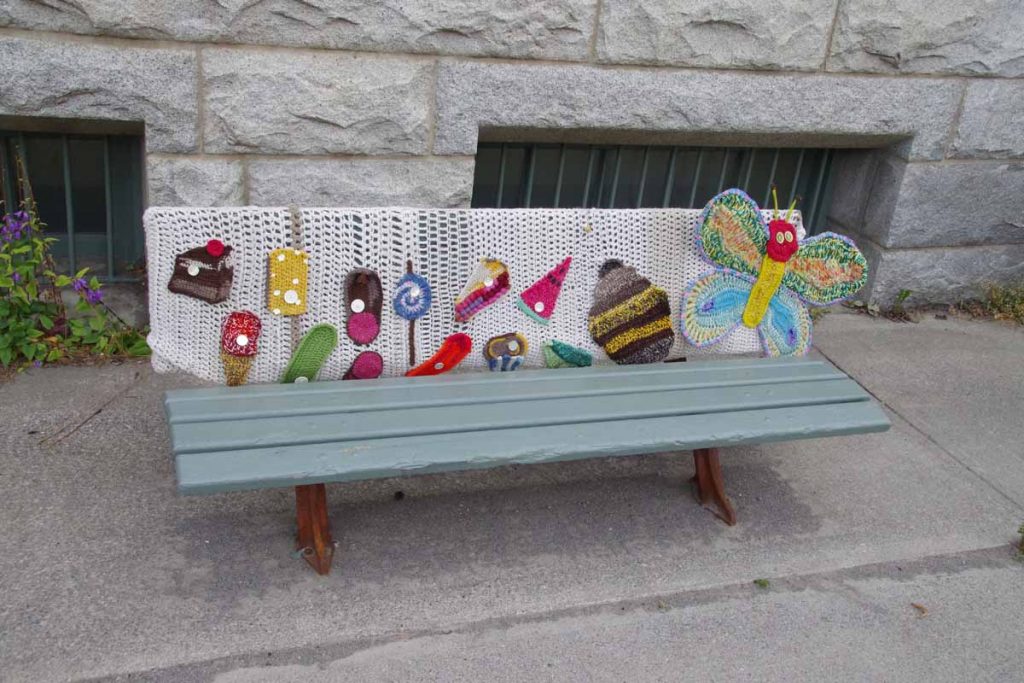 Interesting idea. Tomorrow I’ll probably do a mostly “bike touring” day and ride along the major roads to reach the US border.