Back in the USA. 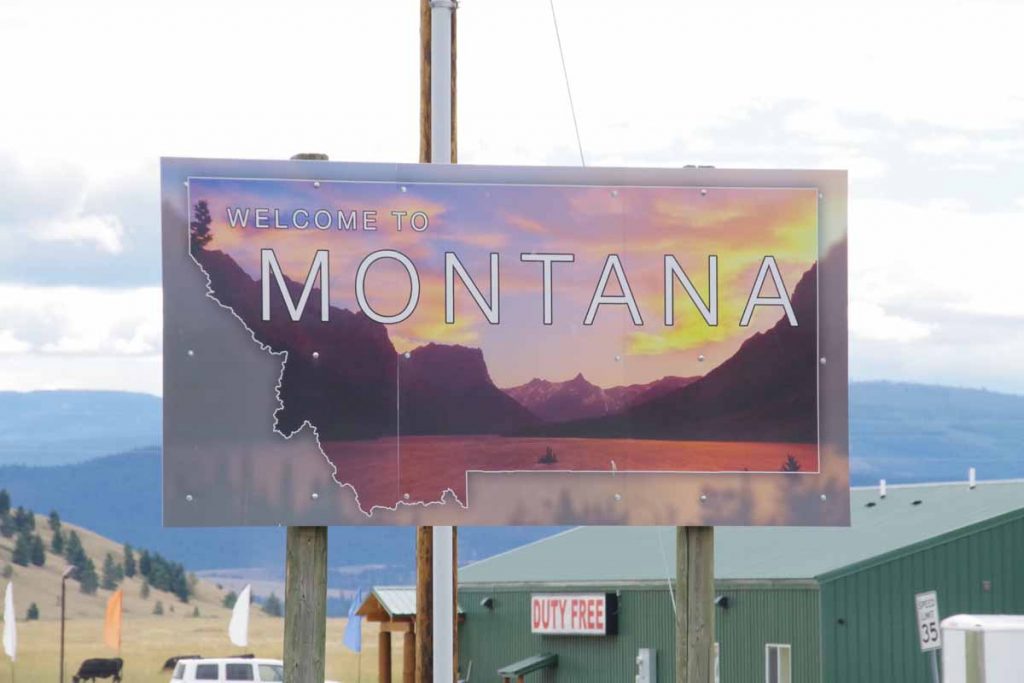 Today another day of pavement cycling that was mostly flat and brought me across the border back to the USA. The “Fernie Alternative” followed gravel roads on east side of the Elk River, but I stayed on Route 3 on the west. The road was moderately busy but had a good shoulder. I also saw other cyclists (three going my way, two going the other way) along this stretch as well. Seems like others don’t always buy the “Canada” map and then guidebooks don’t describe the Fernie alternative. 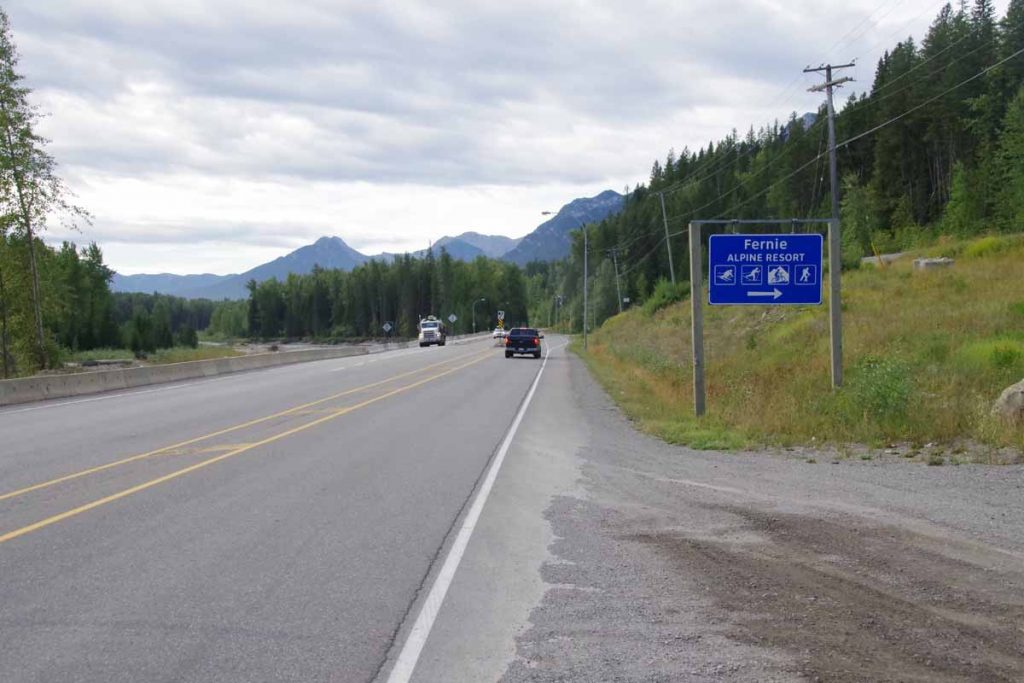 Just outside Fernie I passed signed for the resort. Apparently, the peak season is still winter but summer is picking up as well. 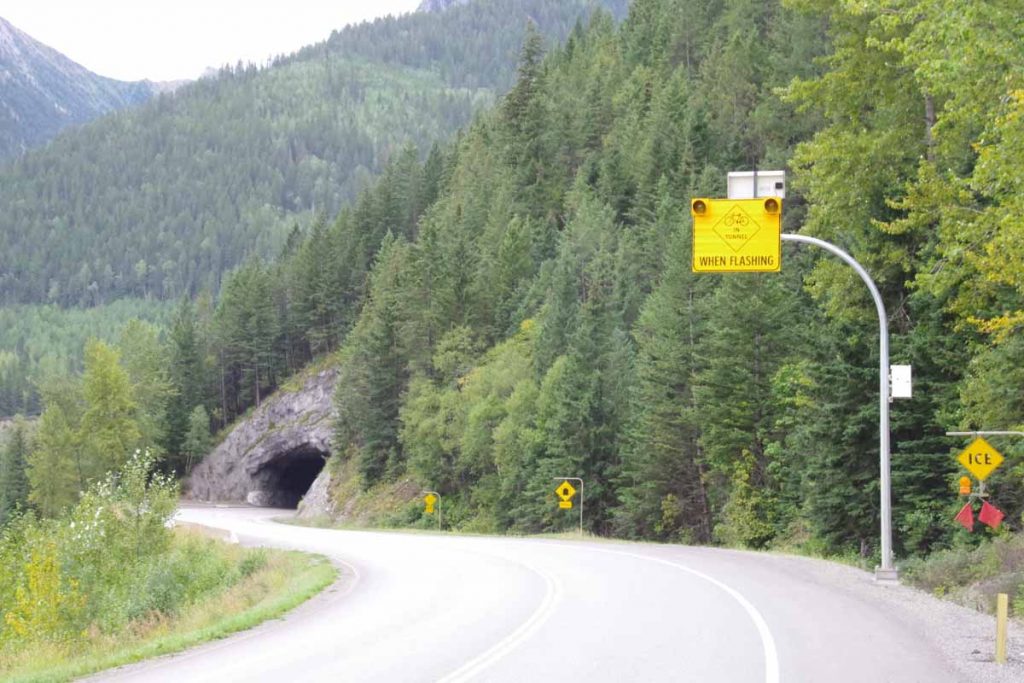 A little while later there was a tunnel with lights to indicate bicycles in the tunnel. I didn’t see any explicit button to press so perhaps it detected automatically. I did find a spot later that where the “wildlife detection” system with flashing lights and picture of a deer started to go off when I cycled past. 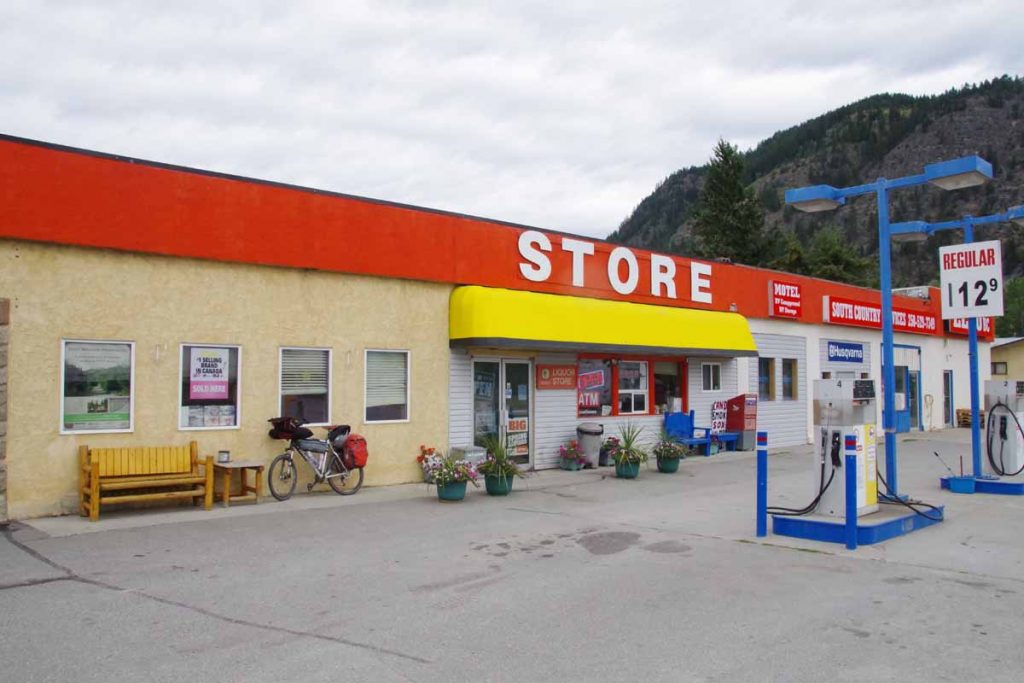 At 18 miles was Elko and a mile later was road 93 to the border. This road was much quieter. Something in my drive train started making a bunch of crackling noises. A bit concerning as I tried to figure it out. Eventually not long after I crossed the US border it stopped. My best guess was some of the bearings in my right pedal, but will likely check this in Whitefish when I get there. 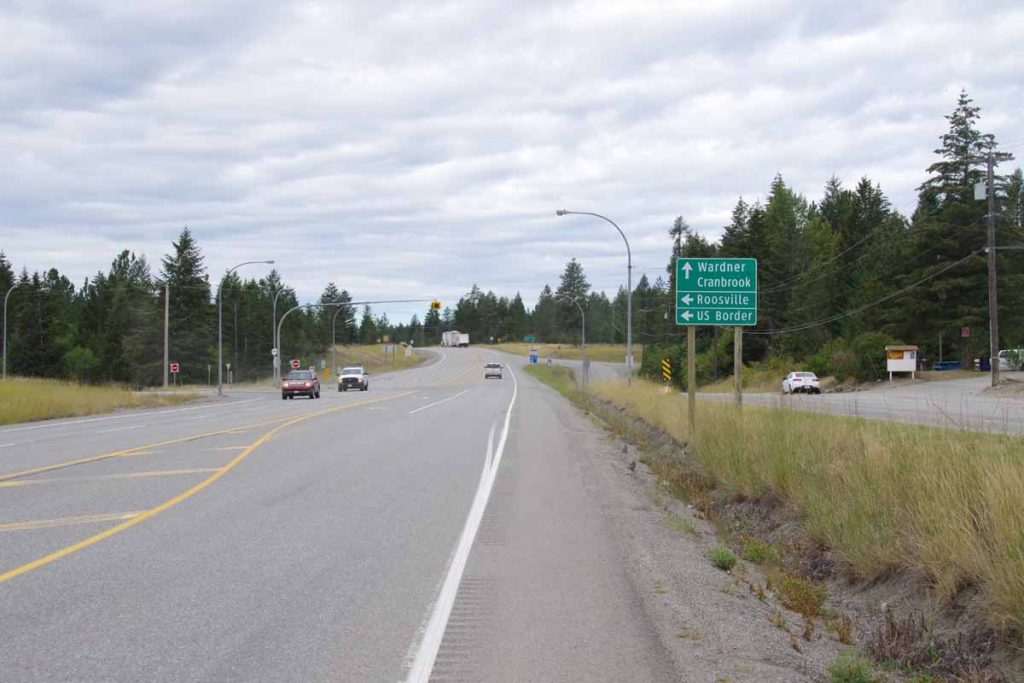 This road continued flat, though there was one good hill both up and down to cross the Elk River. A little past 1pm, I came to the US customs and immigration station. Entry was very simple. They asked where I lived, how long I had been in Canada and if I had food with me. I pointed out my freeze dried meal bag and also an apple. However, no citrus and they were happy.

I had a late lunch at the Duty Free place on US side. There was also one on the Canadian side and not quite sure if they sell the same things or different. 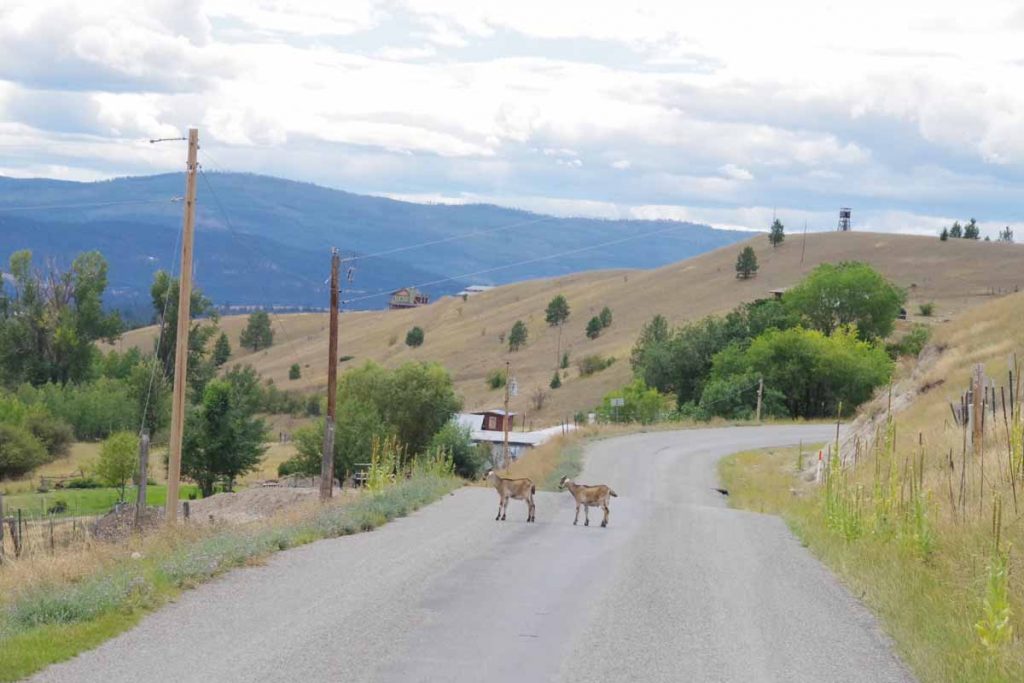 After this just nine miles of quiet country cycling brought me to Eureka. Along the way the noise in my drive train fixed itself. Found a motel and then the forest service office (for maps) and then grocery store to stock up. I wasn’t quite able to get a working US SIM card yet, so no phone along the way. Wifi also a bit spotty. Plan is to take three days and follow the back roads over to Whitefish.

On the Canada page I have updated a table with all the distances and climbs for the last seven weeks I’ve spent in Canada. There is similar on the Alaska page. Overall totals for Canada were 3215km and 25,972m of climb. You can also find links to Strava to see profiles for individual days of riding.