Two days of pretty cycling to catch a slice of Yellowstone and Grand Teton National Parks.
Day One 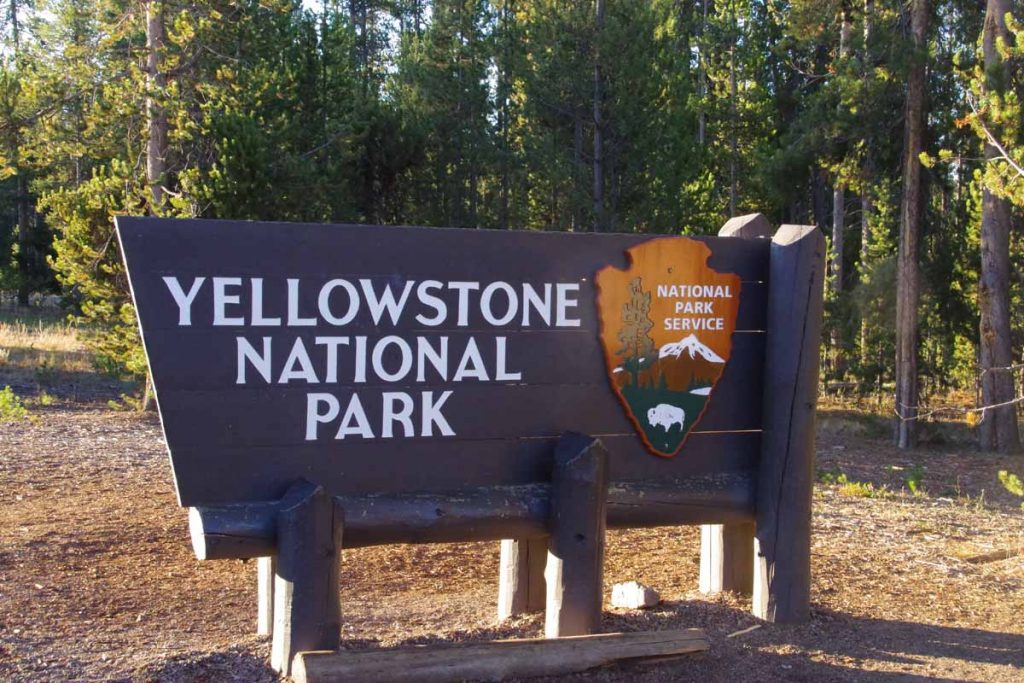 West Yellowstone is definitely a gateway community focused on guests to the National Parks. At 6:30am, a tour bus was busy filling up outside the motel. I walked over to the McDonalds for a breakfast and then packed to go. At 34F (1C), it was at least above freezing. Withing 0.5 miles I reached the entrance station and showed my pass. 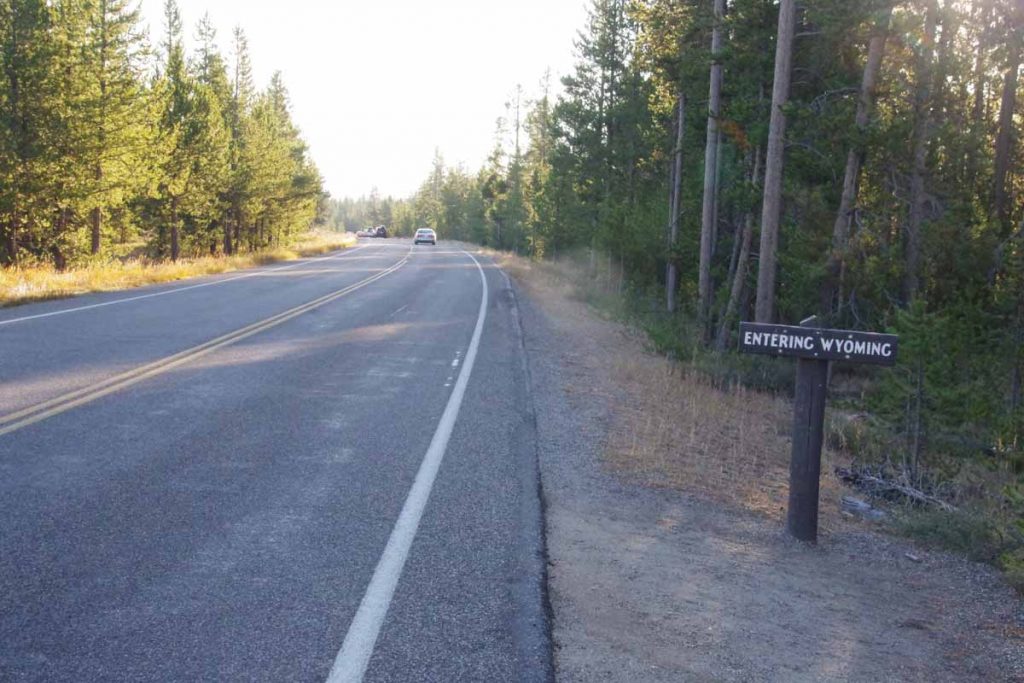 At 2.5 miles I crossed into Wyoming. The first 14 miles were flat as the route followed the Madison River. 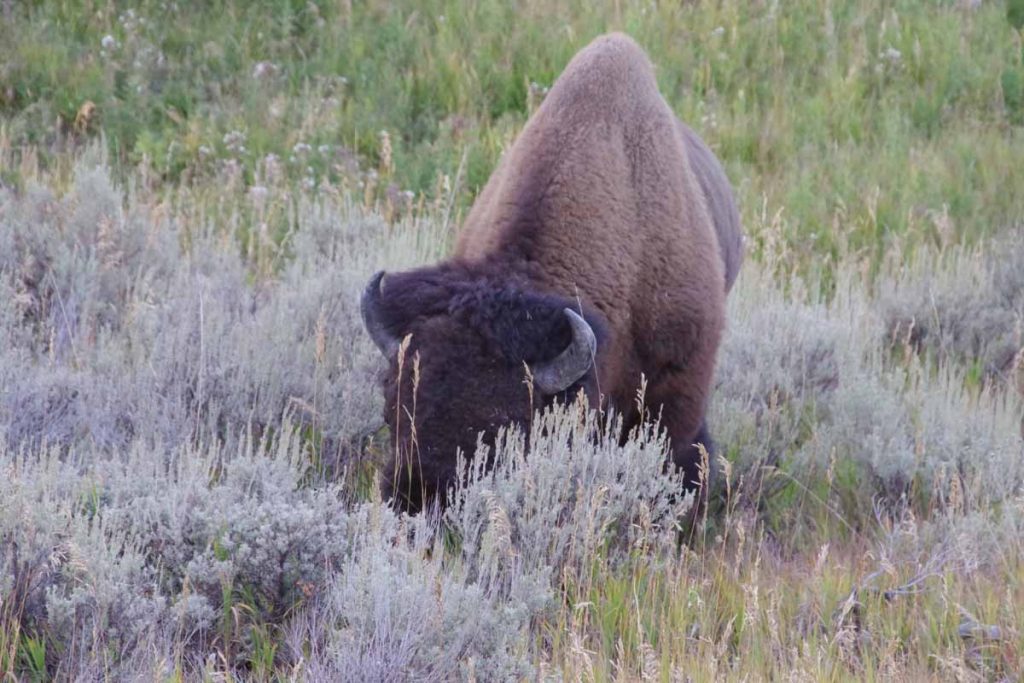 I saw a bison grazing over by side of the road. 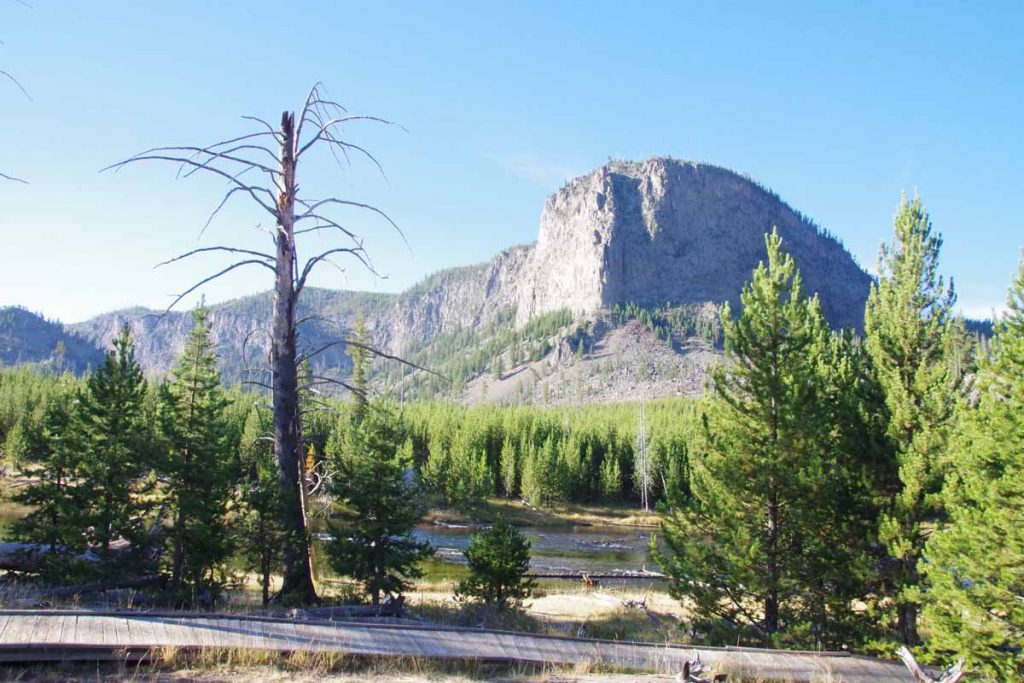 Otherwise some nice views. The shoulder was reasonable and while there was a fair amount of traffic, speeds were slow and gave me plenty of room. At 14 miles, I took the small side road up Firehole Canyon. 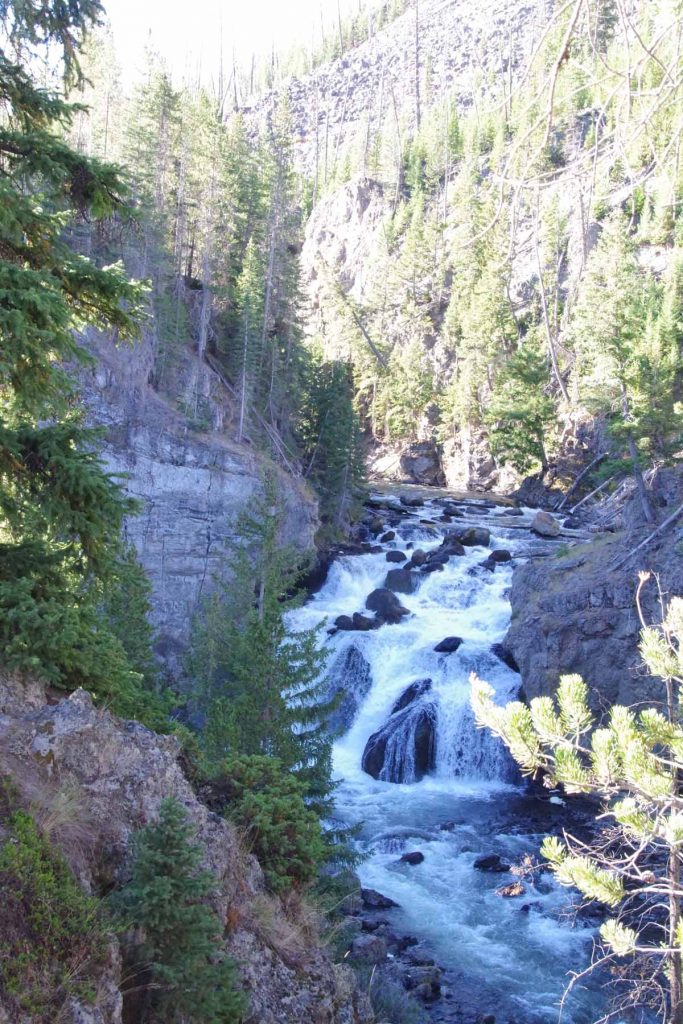 There is a harder layer of basalt on top of softer layers. Where the canyon has eroded down the soft layers is Firehole Falls. Once got on top of the hard layer it was relatively flat from there all the way to Old Faithful area. 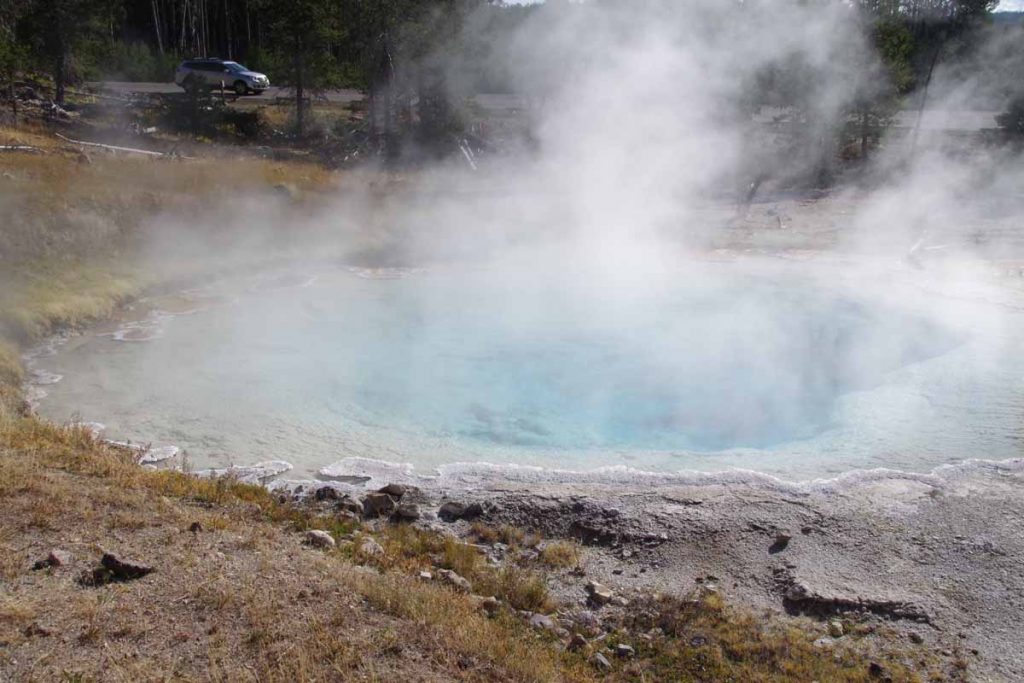 At 23 miles I walked around the Fountain Paint Pot area. There were deep colored pools such as above. 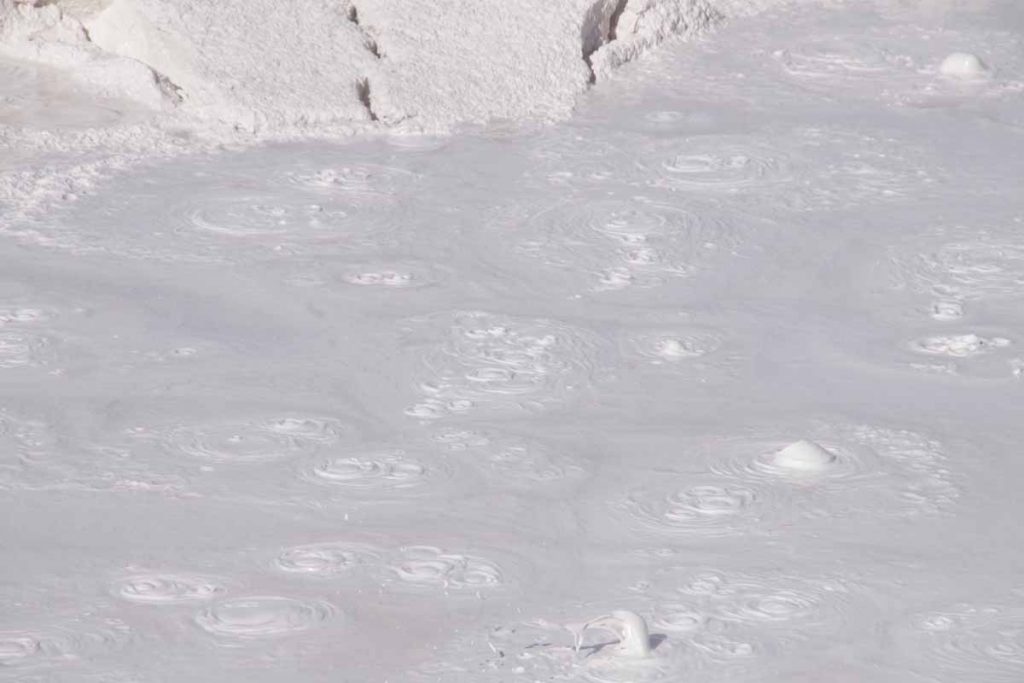 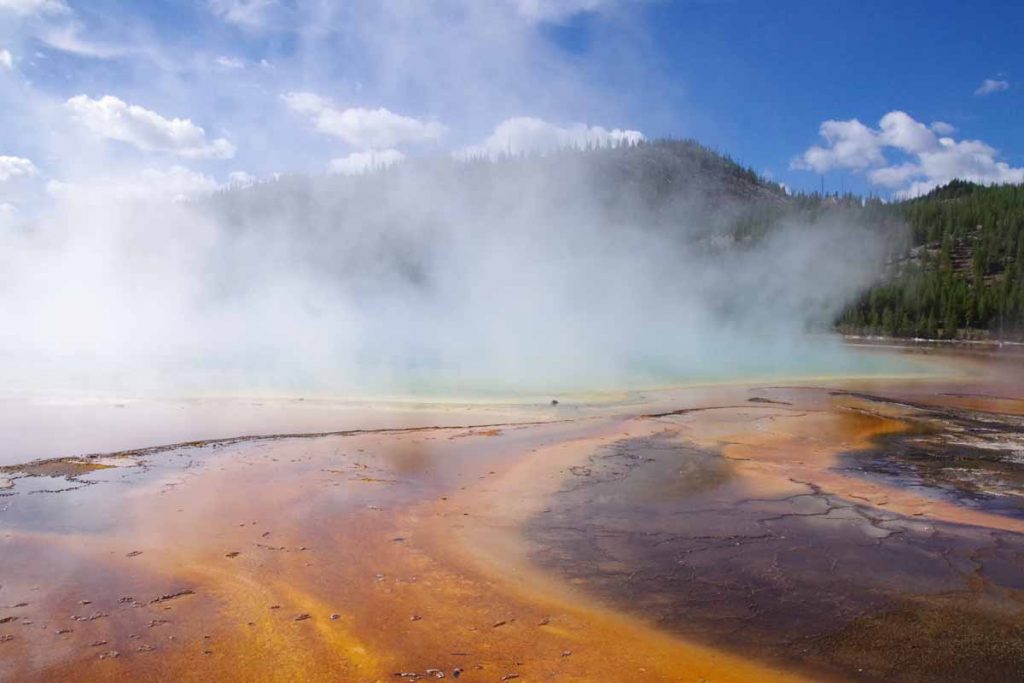 A few miles later was the Midway Geyser Basin with these colored pools. Shortly before lunch I made it to the Old Faithful complex area. It was surprisingly large area with parking lots, lodges, stores, etc. Almost a mile of cycling to finally reach the Old Faithful geyser itself. 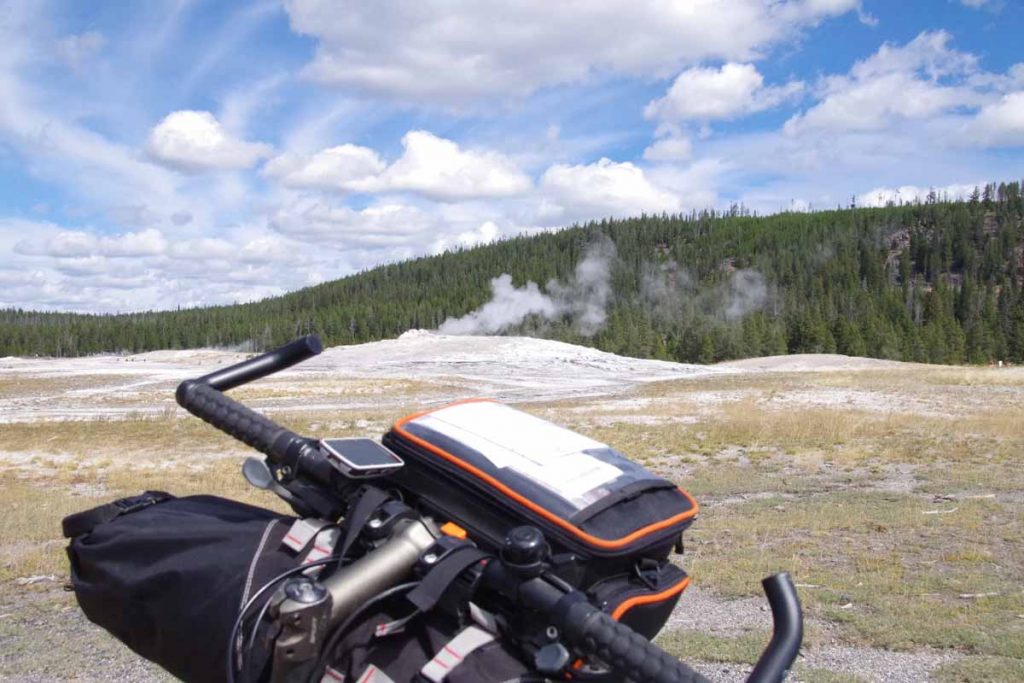 I was there at 11:45am and next eruption not expected for another 40 minutes. 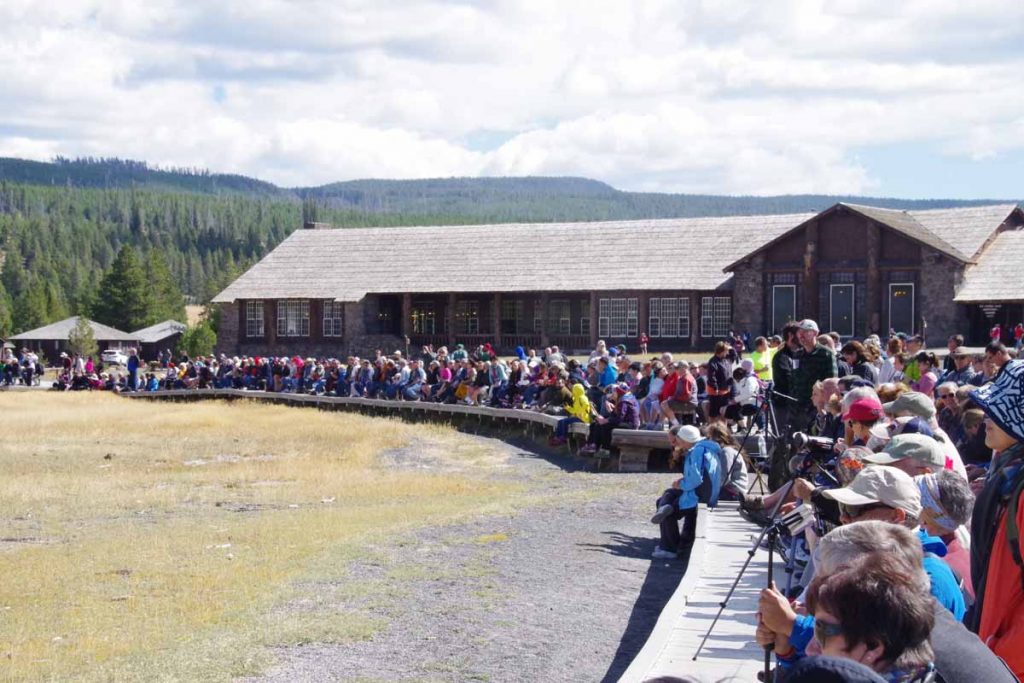 So myself and a lot of other people waited. 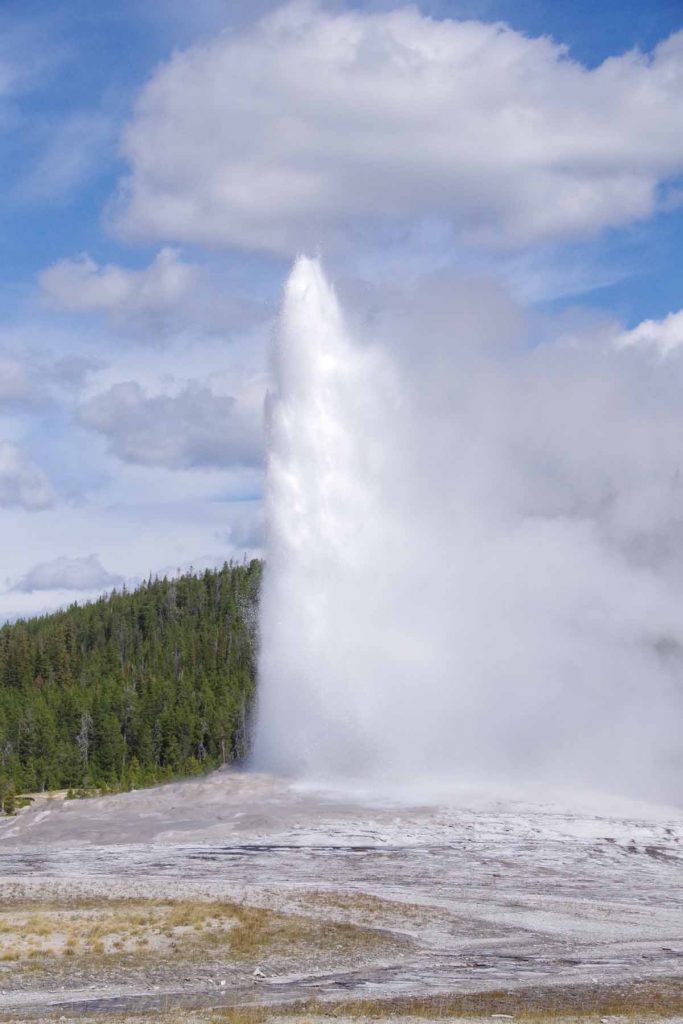 Obligatory shot of the eruption that we waited for. After this some lunch and then back on the road. This next stretch climbed more than 1000ft to cross the Continental Divide twice. 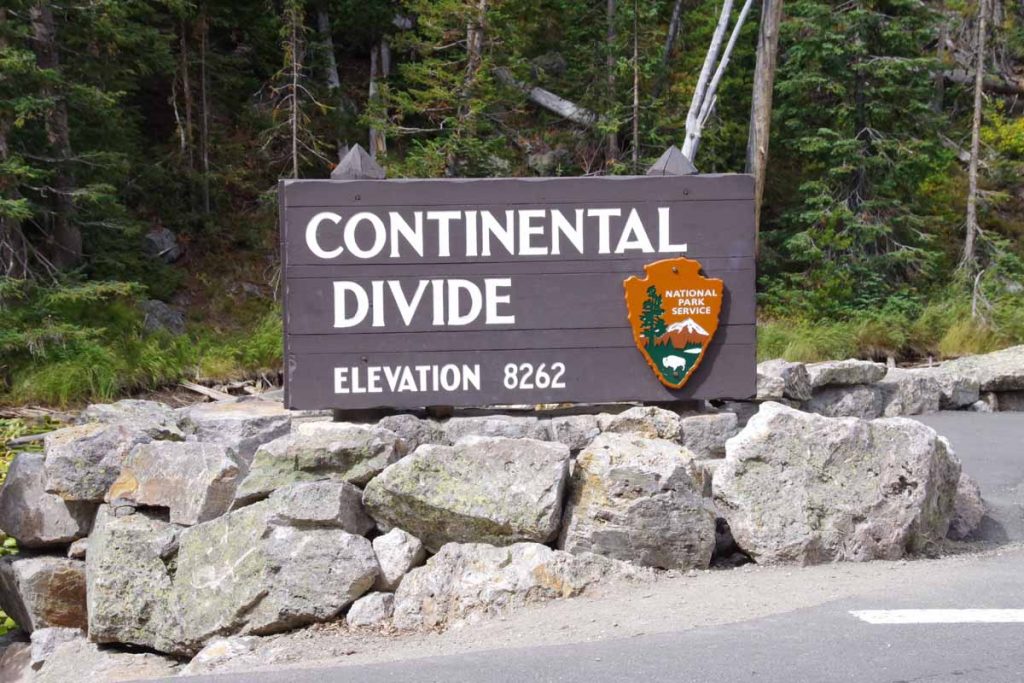 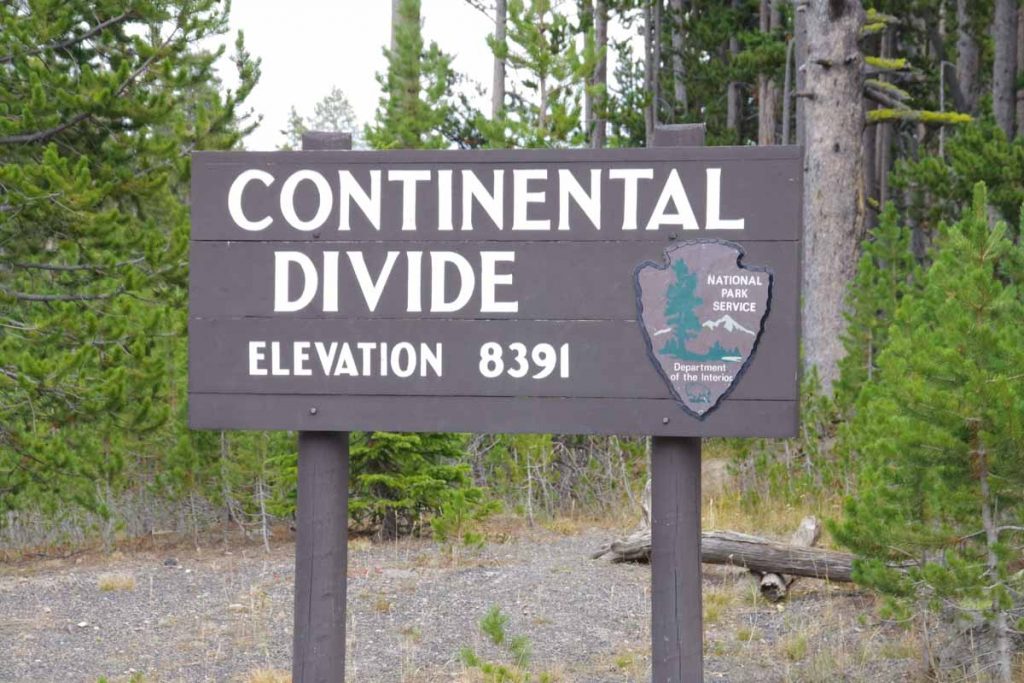 Second crossing. In this area I saw ~15 cyclists coming the other way without any gear. Looked like some sort of organized ride. From the second crossing, a descent and then down to Yellowstone Lake. 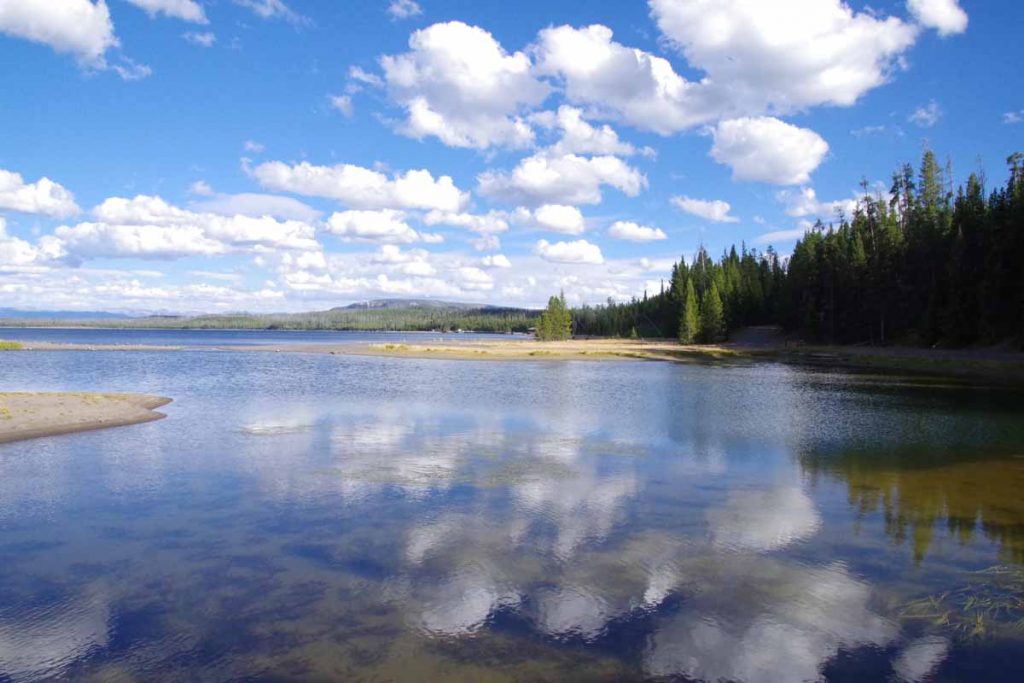 The Grant Village area was another large complex with campground, visitor center, restaurant and shops. I had a nice dinner before coming back to retire early. Unfortunately, I was awoken a little past 11pm. My spot was #172 and people arrived late for neighboring spot #174. However someone else had decided to take that spot since it appeared vacant and my spot didn’t have a car in the campsite, so they parked in my spot and started to noisily set things up. I awoke and at least pointed them at the next spot to sort things out.
Day Two
It wasn’t as cold as I expected overnight and again above freezing. I packed up and then cycled for a buffet breakfast before setting off. 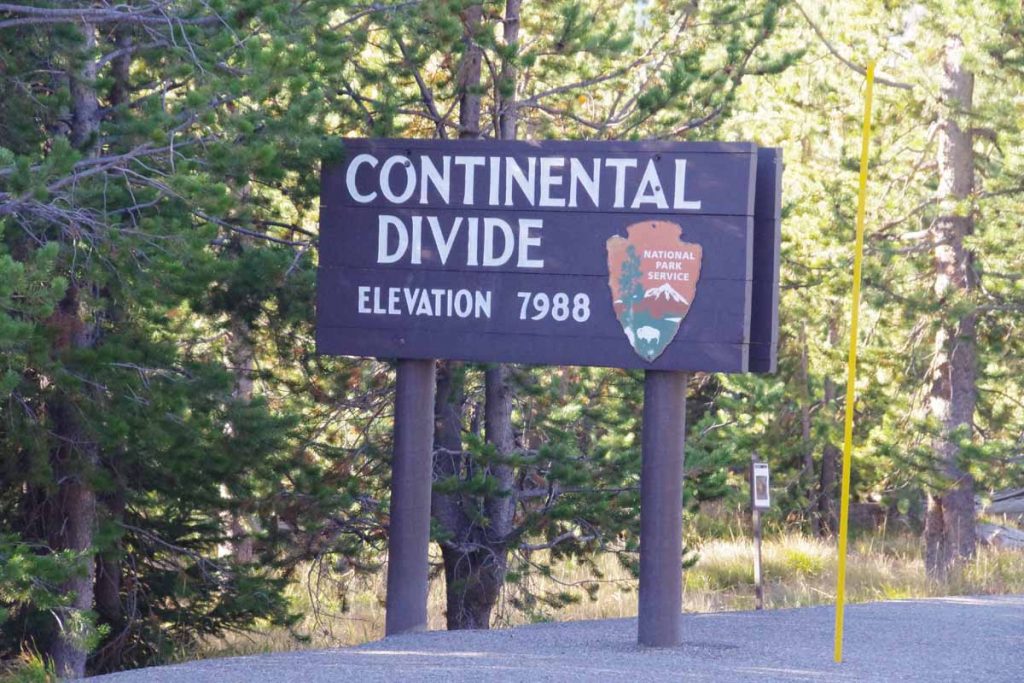 Started the day with another Continental Divide crossing. This one had fairly little climbing. After this somewhat level along Lewis Lake. 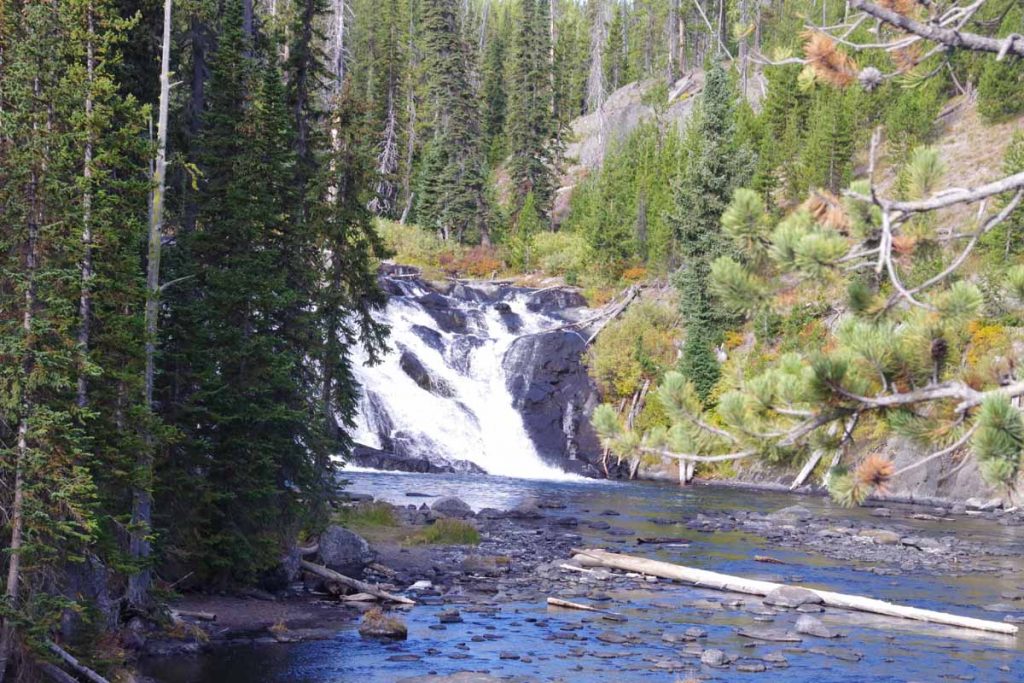 Past Lewis Falls at the other side. After this the canyon again appeared as the Lewis River cut through softer layers. However, the road stayed high until last few miles before the South Entrance where there was a good descent of almost 1000ft. 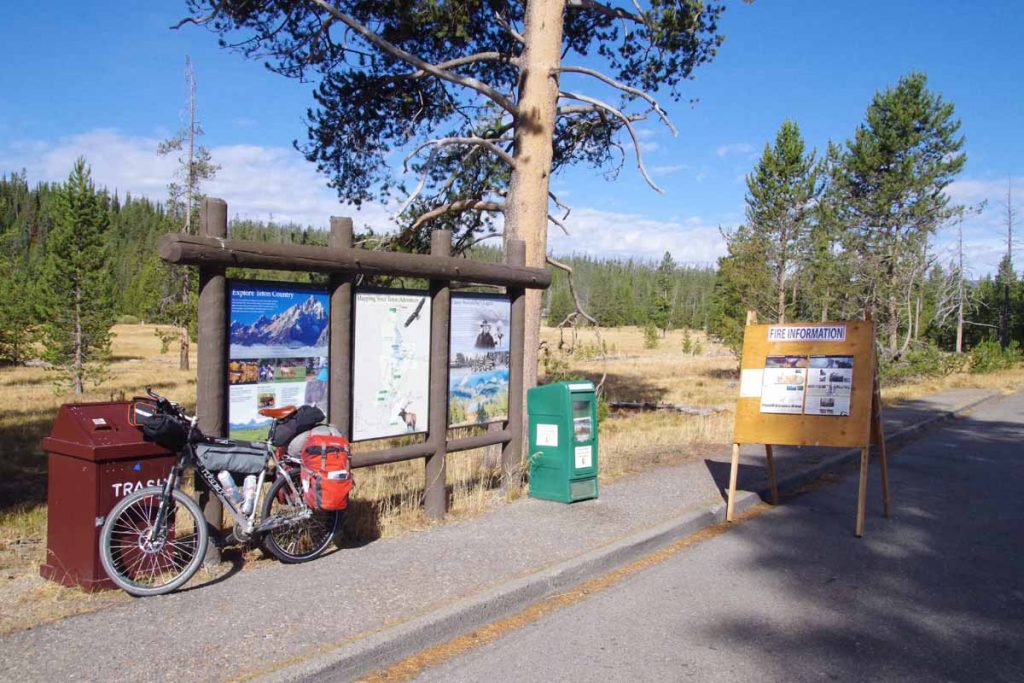 I was now out of Yellowstone and in small gap before reaching Grand Teton. The Berry Fire had recently shut this road for 10 days and there was information here about the fire. 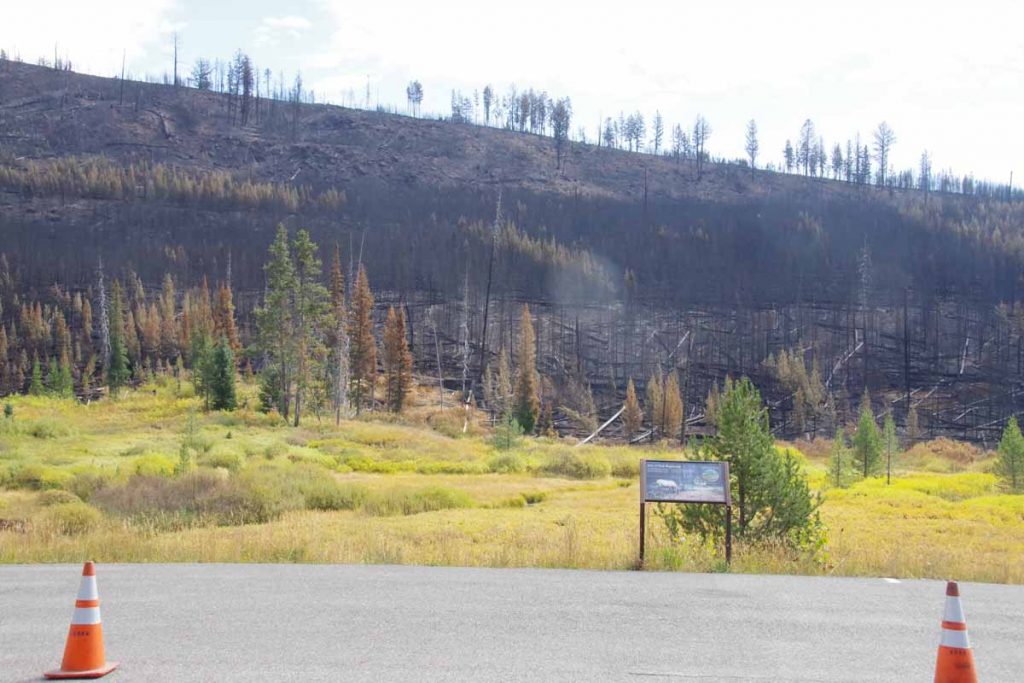 We crossed right through some burnt out areas. The information sign on the lookout is shown below. 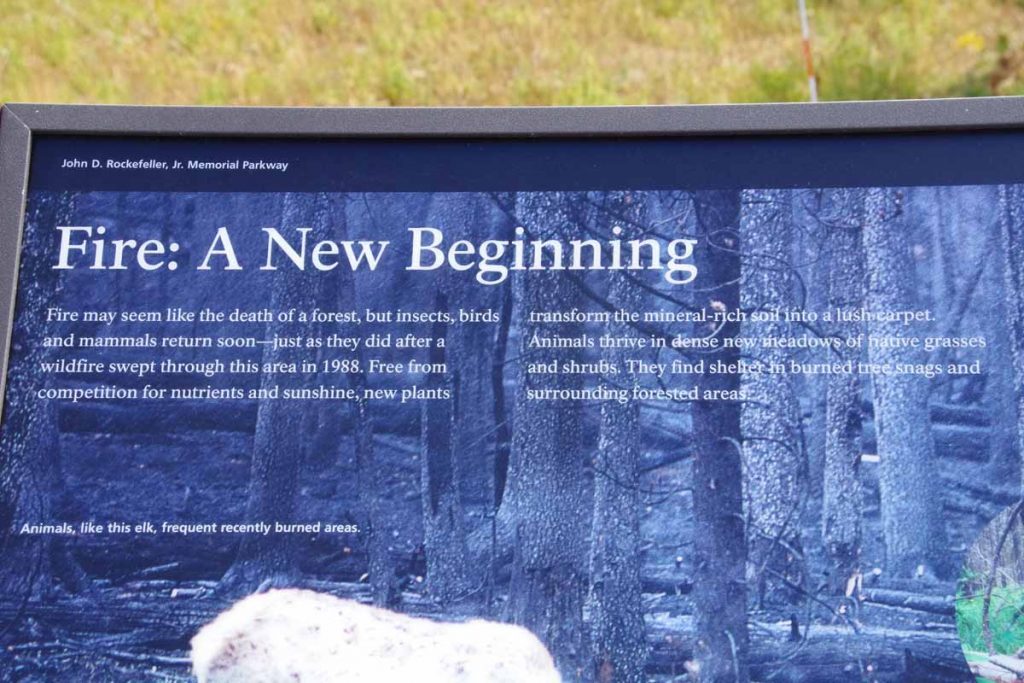 It described the effects of the 1988 fires in this area as well as regrowth. Interestingly enough almost exactly 28 years ago (weekend after Labor Day 1988) I also made a (non-cycling) trip to Yellowstone and passed through this recently burned area. I wonder how they will update the signs this time. 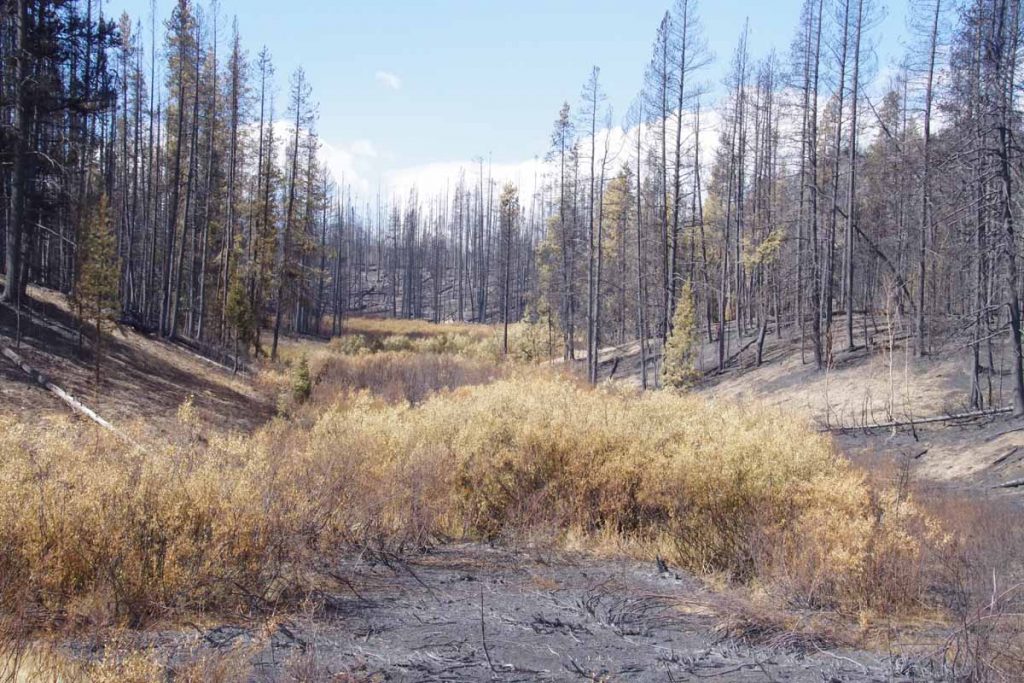 Here was another area of very recent burn. 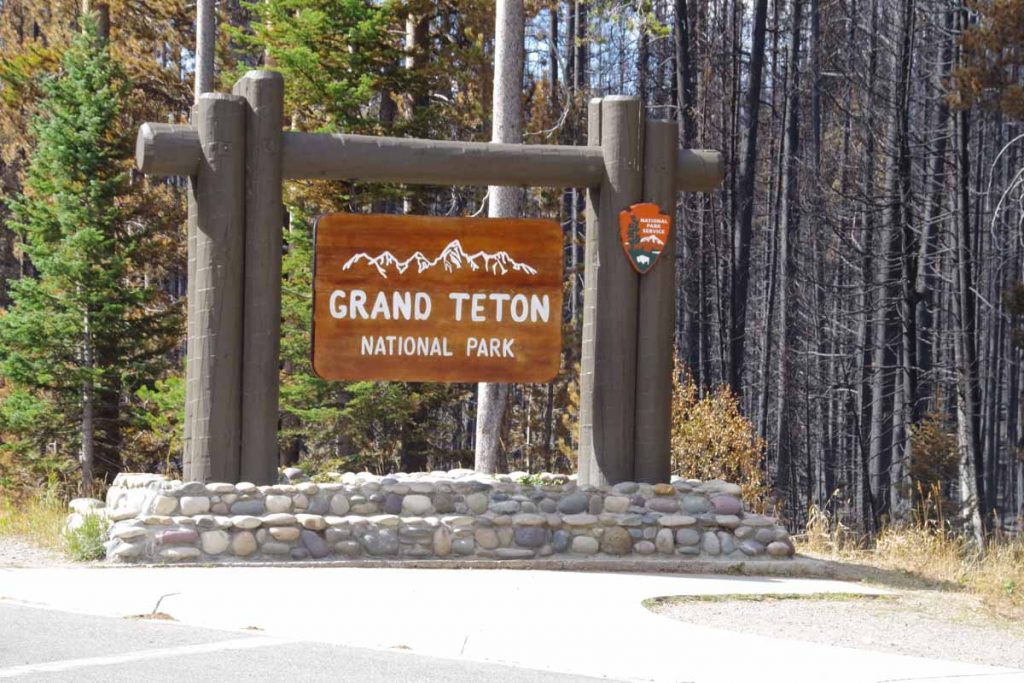 A little later I came to Grand Teton Park entrance itself. The road had a nice shoulder in this area and throughout the park. 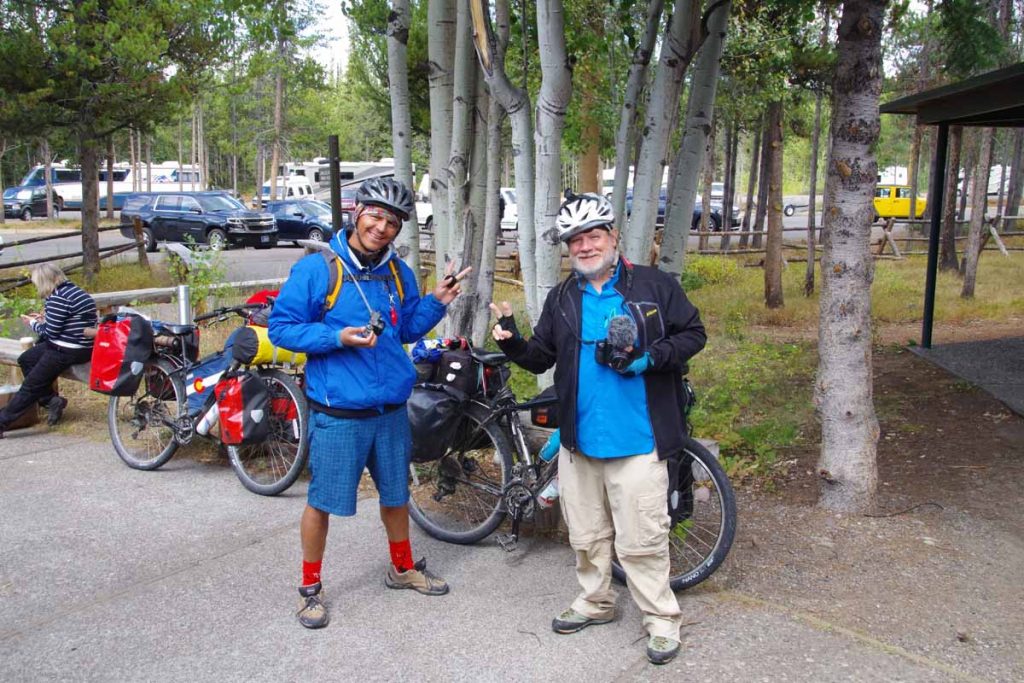 I encountered these cyclists at Colter Bay. Self described bicycle journalists had started in Breckenridge and were roughly following the Great Divide northbound and interviewing people they met.

Had a good lunch in Colter Bay before cycling the last miles for the day. 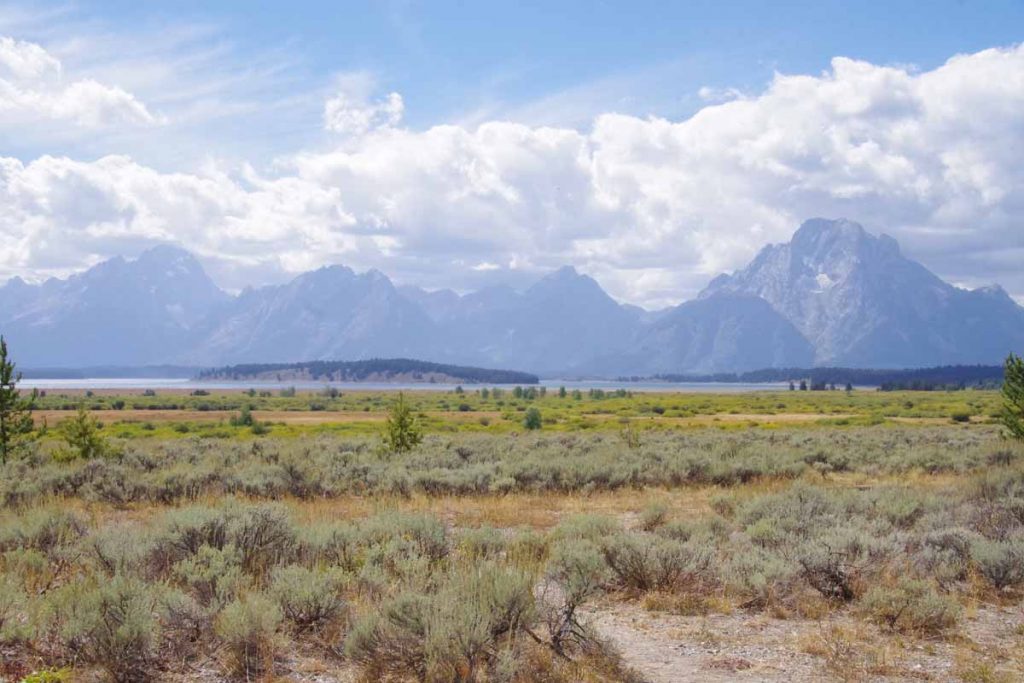 View of the Tetons. 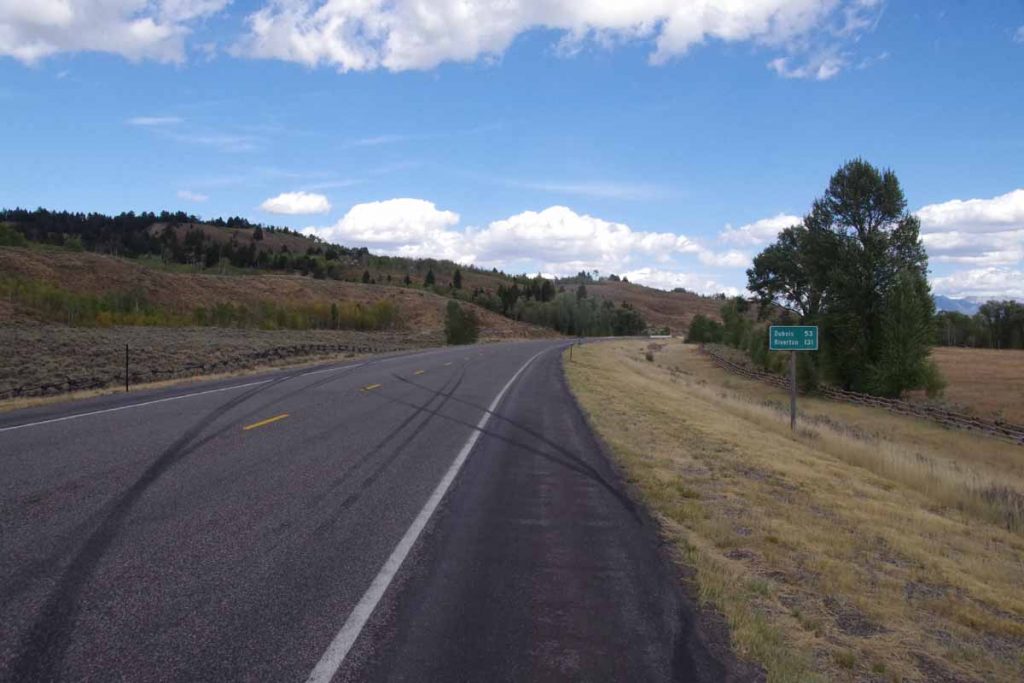 Road leaving the park and heading east. I had a hostel room at resort ~8 miles east of Moran Junction.