Today was example of how cycle touring doesn’t always go to plan, particularly with mechanical issues.

I had a simple plan worked out: (1) spend two days cycling ~120 miles from Rawlins to Laramie via Medicine Bow (2) rent a car for weekend to drive to Colorado and do the Pedal the Plains ride, visit family and get the bike serviced.

I had another hub go out on me today. Actually, I’ll still be able to do the other parts of the plans since I got a ride into Medicine Bow, a hotel room and a ride tomorrow morning to Laramie – but also need to sort through these hub issues. 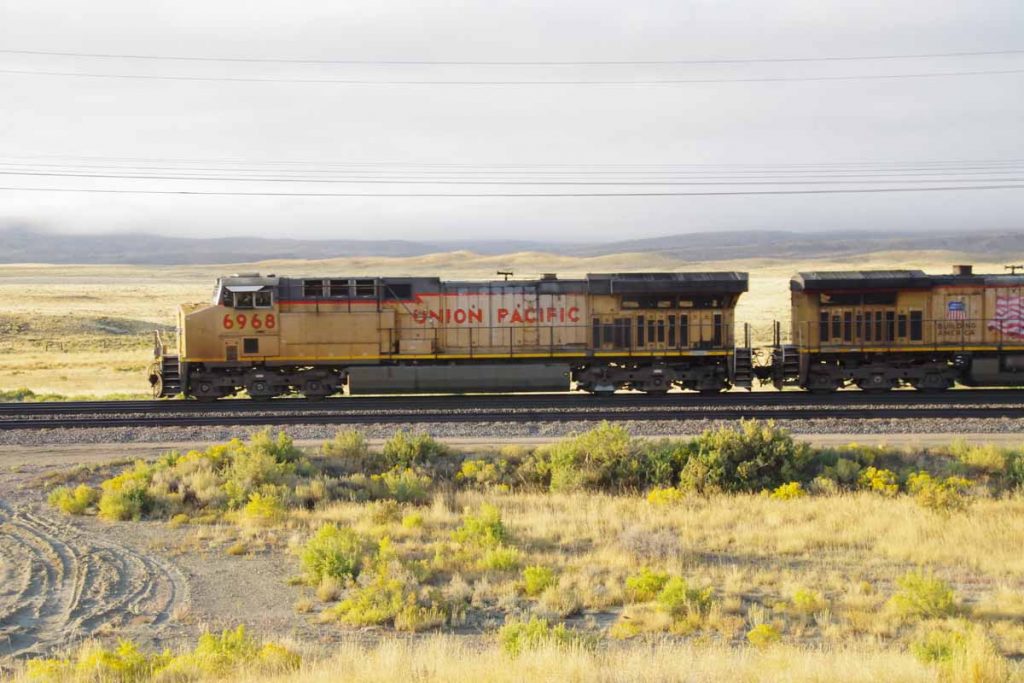 Today started out normal enough. Rawlins is on a major transportation corridor with trail lines as well as I-80. Forecast called for headwinds early and decreasing through the day. 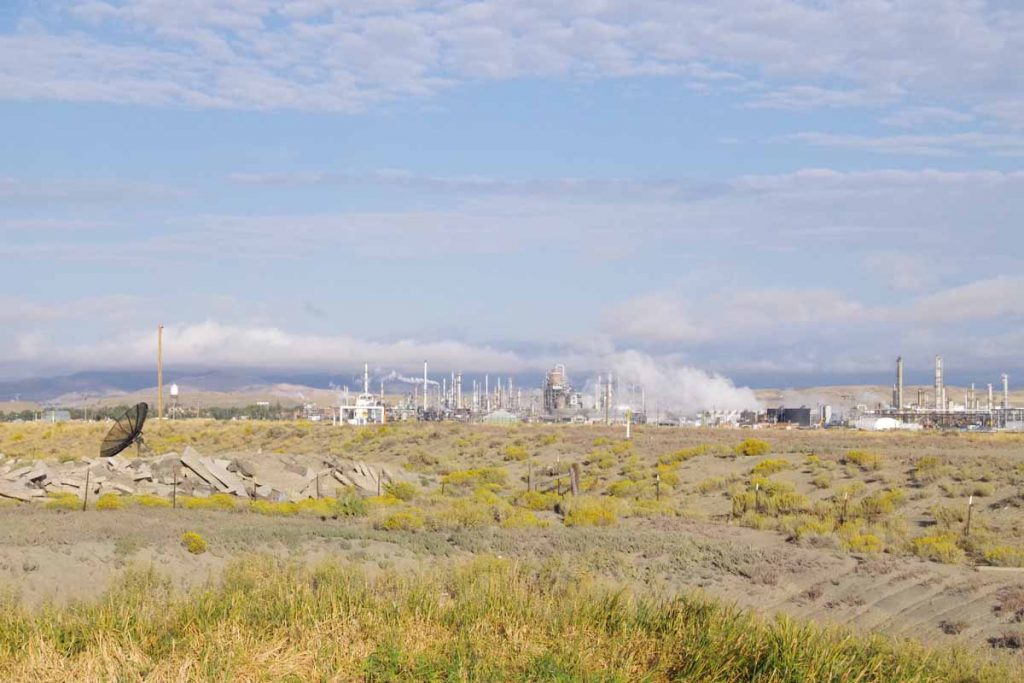 First seven miles went on back road via Sinclair. Sinclair is a very small town with a large oil refinery. They were rebuilding the main street but I was able to get along other roads. I stopped in at the truck stop before getting on I-80. 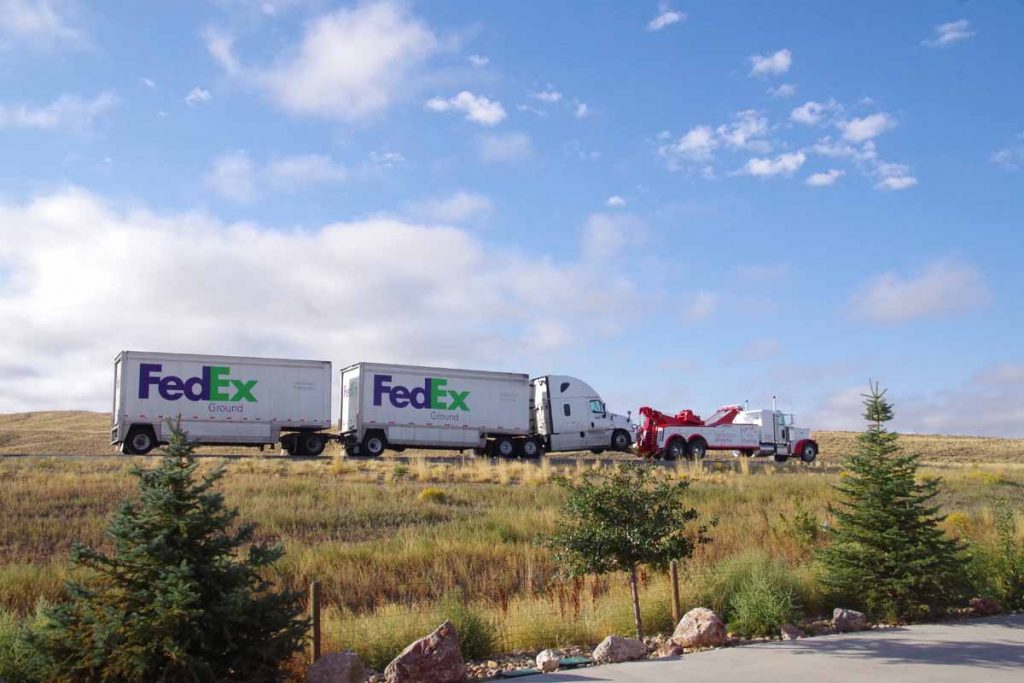 This Fed-Ex truck had broken down and was getting a tow. 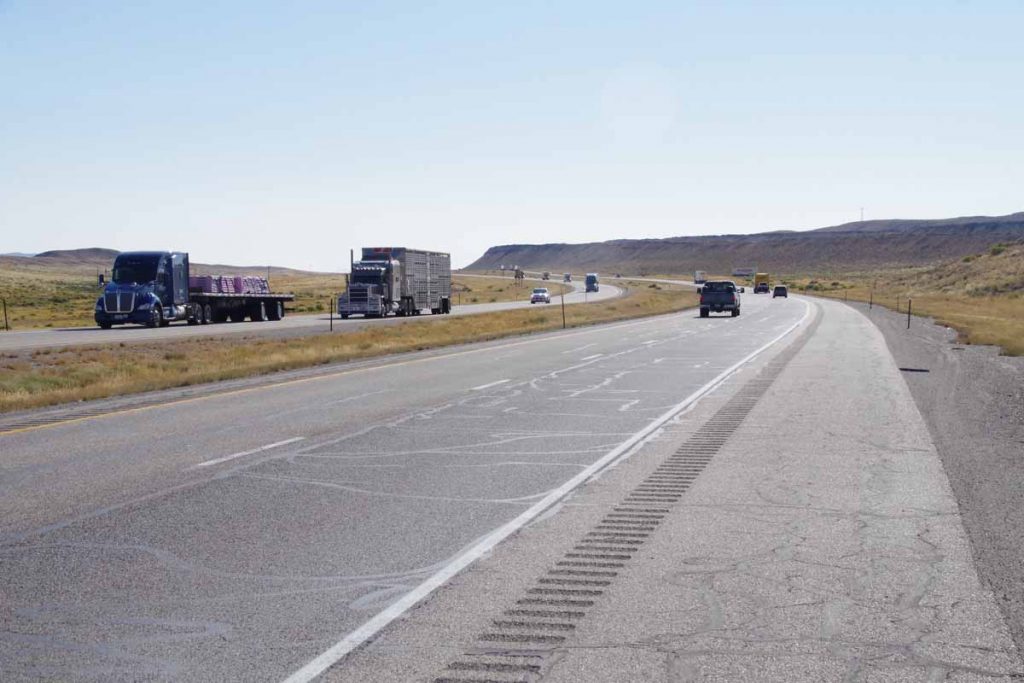 Next 14 miles were on the interstate. There was a broad shoulder and cycling was easy. The last few miles before my exit, there was road construction that routed both directions onto our half of the interstate. Fortunately, I was on the half with the wide shoulder as other direction would have been tougher. 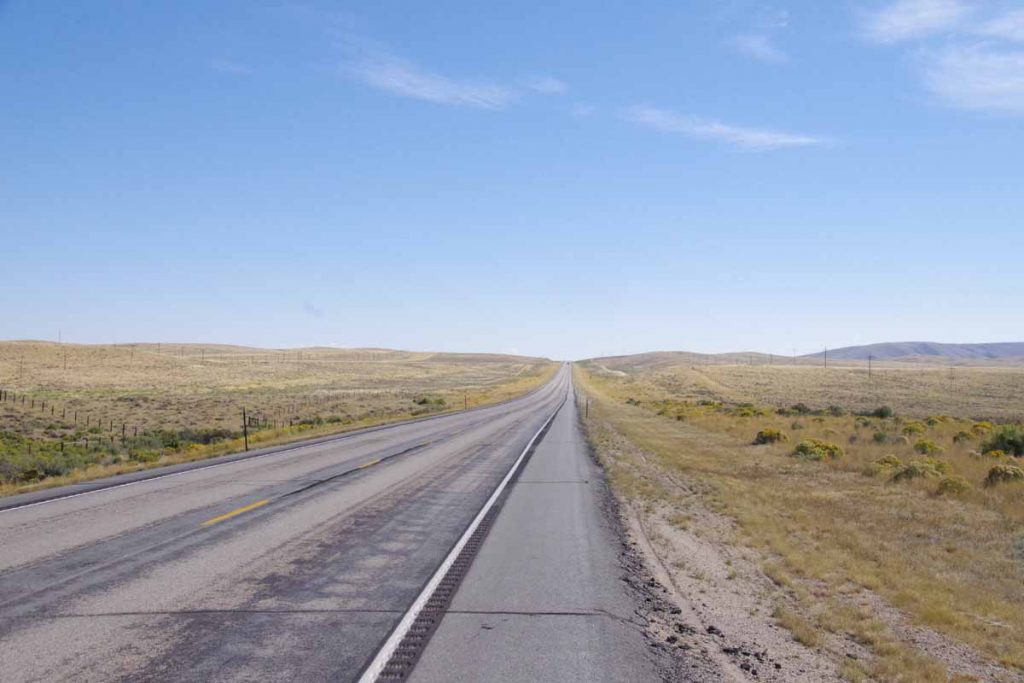 At 21 miles was a shell station and much quieter roads. One or two miles were flatter and then good hill to climb. I was nearly at the top when had a louder clang. Somewhat surprisingly, then noticed that the hub was spinning freely both directions. The end failure was same as my earlier hub (spinning freely both ways) but symptoms before that were much different: on the previous hub it had been occasionally slipping for a while. This failure was much more sudden (haven’t opened things up but wondering if previous one was more pawls getting gunked up and this one was a spring breaking? – in any case more unexpected today.

While there isn’t much traffic on a road like this, there was a higher percentage of pickup trucks. It didn’t take long and I was able to flag one down. Kind folks who lived in Medicine Bow were driving there and gave me a lift the remaining 30 miles to the Virginian hotel in town. Here I had lunch as well as asked if anyone was going to Laramie today or tomorrow. I’ve arranged for a lift from one of the employees tomorrow morning. Plan is that I’ll go pick up the rental car I have reserved and then pick up the bike to bring it for service.

So I’m in Medicine Bow (as I planned), going to Laramie (as I planned), picking up a car (as I planned) and bringing the bike in to service (as I planned). However, rather unexpected was having the hub go on that hill earlier today. A google search of “phil woods hub failure” says I’m not the only one to have seen this issue – but will need to investigate a bit more before going to Latin America if there is a better alternative that can be more reliable.