Short ride today with ~1300ft net feet of climb. Got a chance to walk through historic center of Santa Fe. 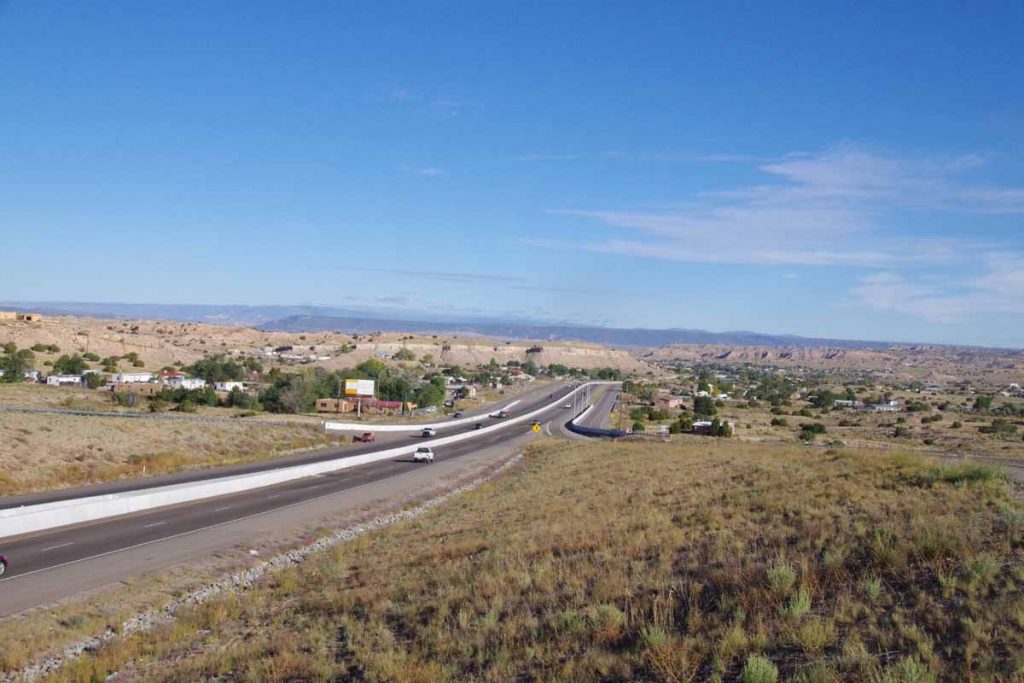 Last night I carefully wrote out directions coming from Google Maps. The first 18 miles I was parallel to US285 but was only on the highway for two miles. Photo above was looking back on the highway. 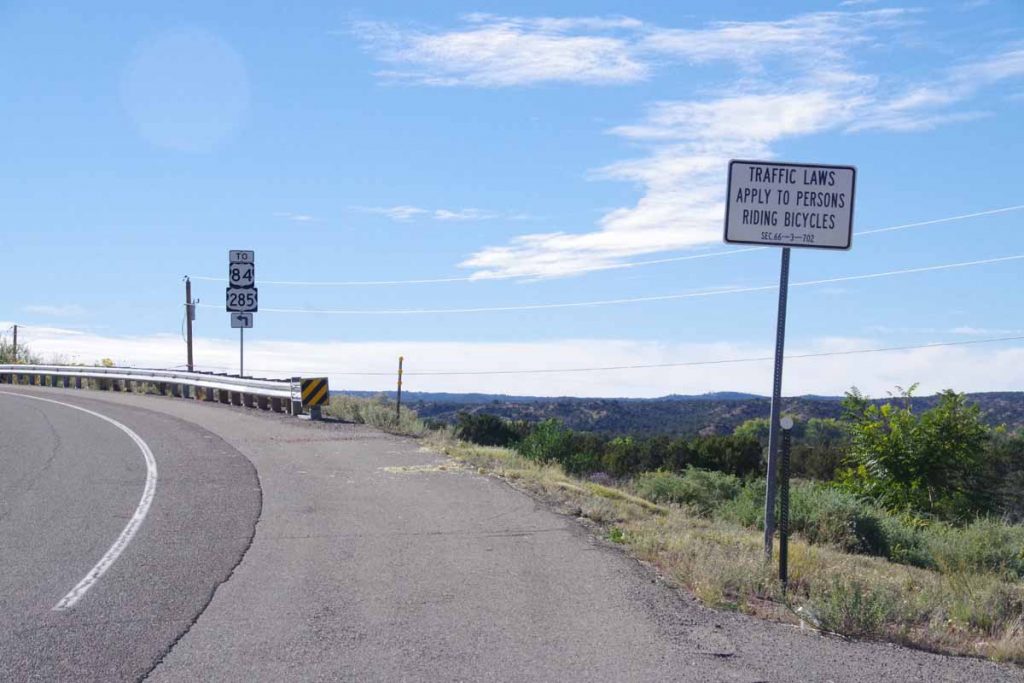 A good portion of the road was through Pajoaque Indian reservation. There were several casinos and also at least ten signs like the one above. First one I saw, I thought “good, nice to have a reminder”. However, when I kept seeing them, I then wondered what else might be going on here, e.g. local riders making rides through the reservation? I did pass a bored police officer at one intersection and made double sure to come to absolute complete stop at the stop sign. 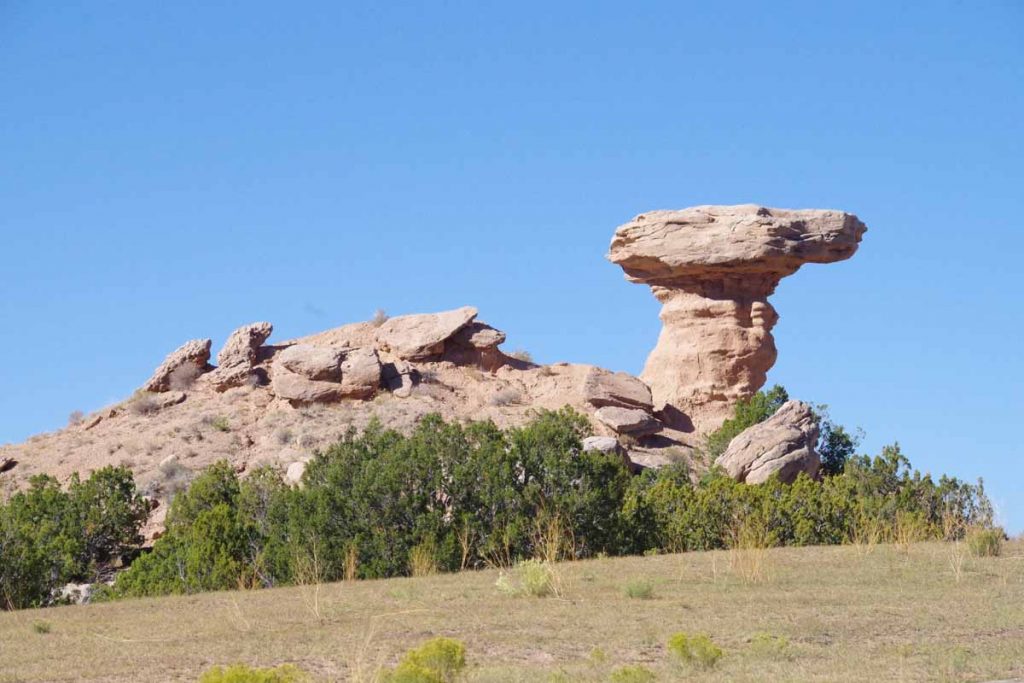 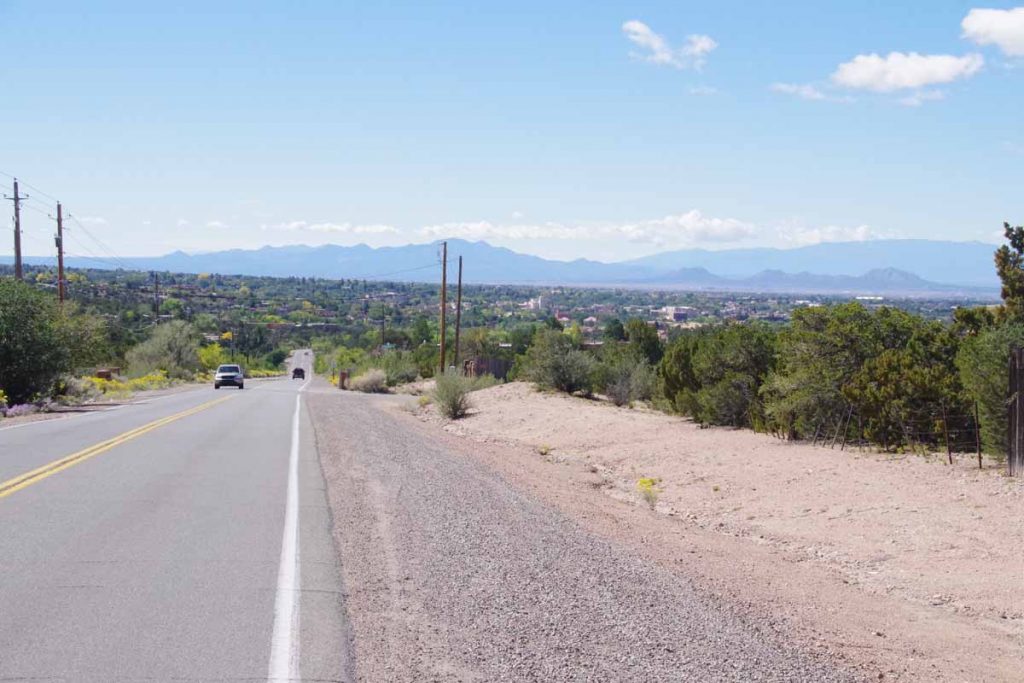 At 18 miles the road left US 285 and I followed NM 591. It went through some upscale neighborhoods. I also stopped briefly at a cafe for a snack. After that continued to climb up to top of divide. Photo above was shortly after the top, when I could see down into the city. 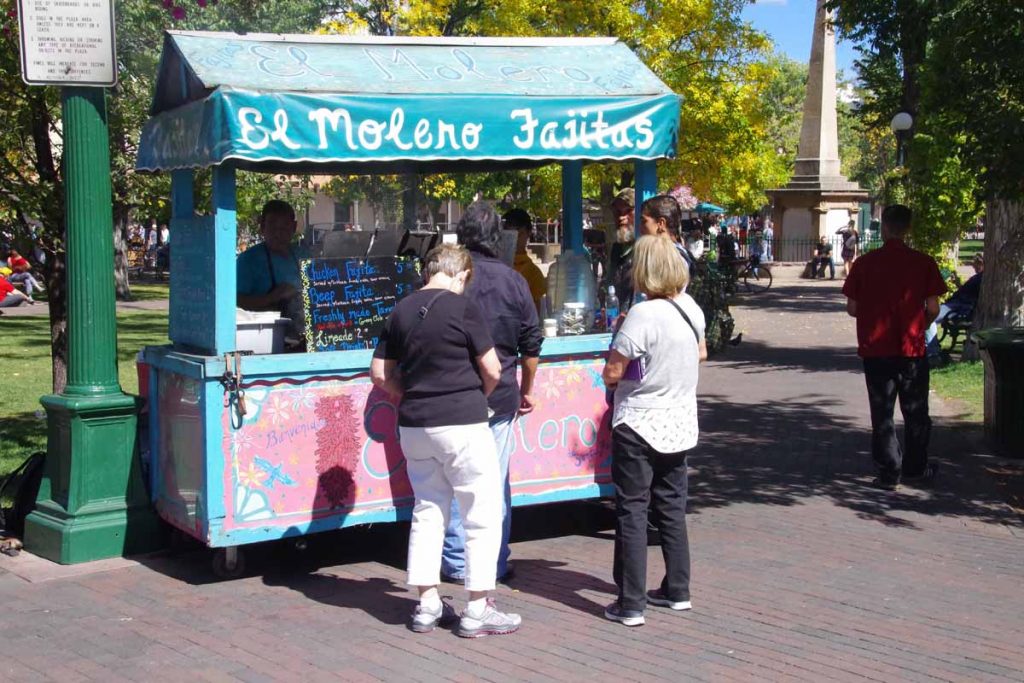 After finding place to stay, I walked down to the historic plaza shown above. Lots of artsy shops, restaurants as well as tourists visiting. 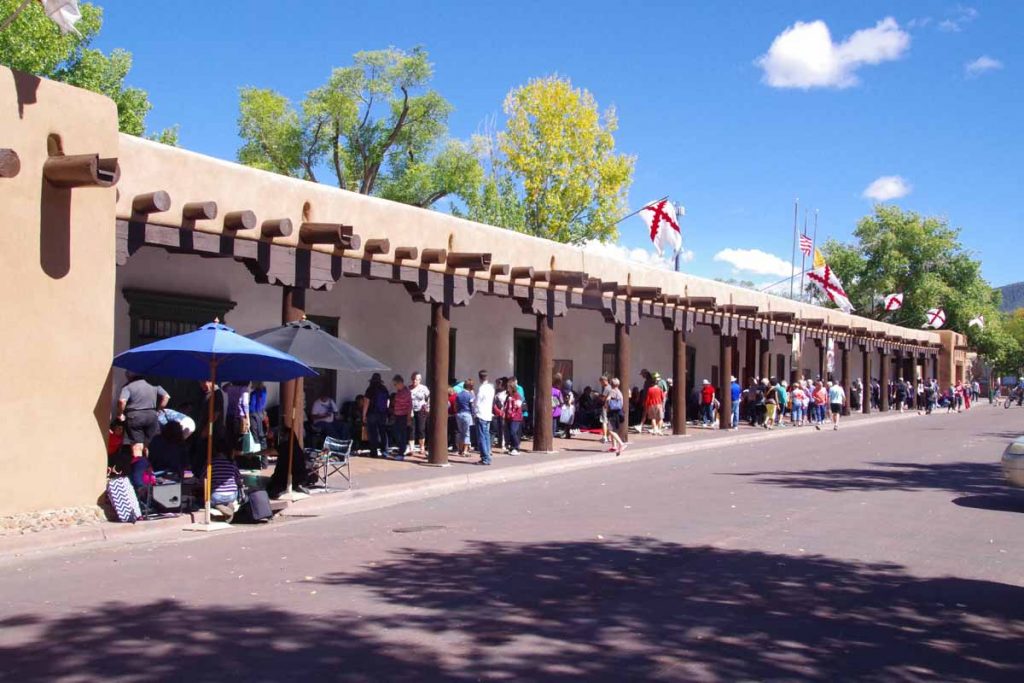 Above is the palace of governors with many vendors. Overall, a not too difficult ride into a touristy city. My count is this makes 27 US state capitals that I’ve ridden a bicycle. I’ve cycled in all 50 states, but not the capital city in the other 23. 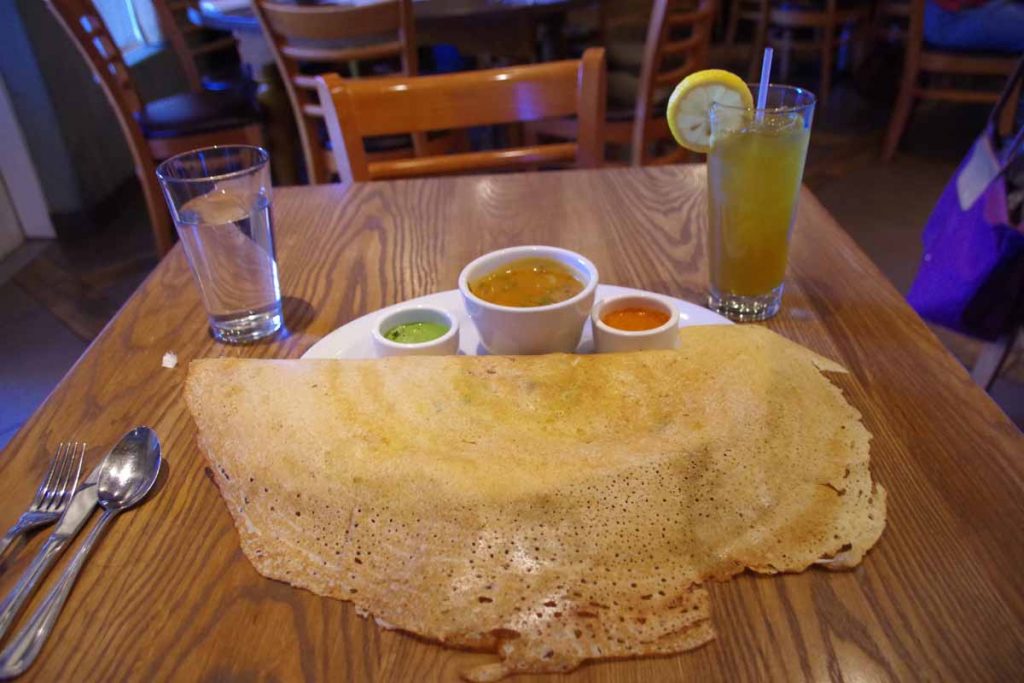 For dinner, I found the “Paper Dosa” restaurant and had a masala dosa (above). Tasty and thanks Mohan for the suggestion. May seem strange to have south Indian in Santa Fe, though I’ve been eating Mexican food most other nights, mostly at hole-in-the-wall restaurants in towns I’ve come through.