Easy ride today as I left the Phoenix metro area and started back across desert areas. Three weeks ago, I had temperatures below freezing as I crossed Colorado mountains, now definitely at other end of the temperature scale. Overnight is at least 15C (59F) and often a bit warmer. Day time gets to 30C (86F) and sometimes slightly warmer. 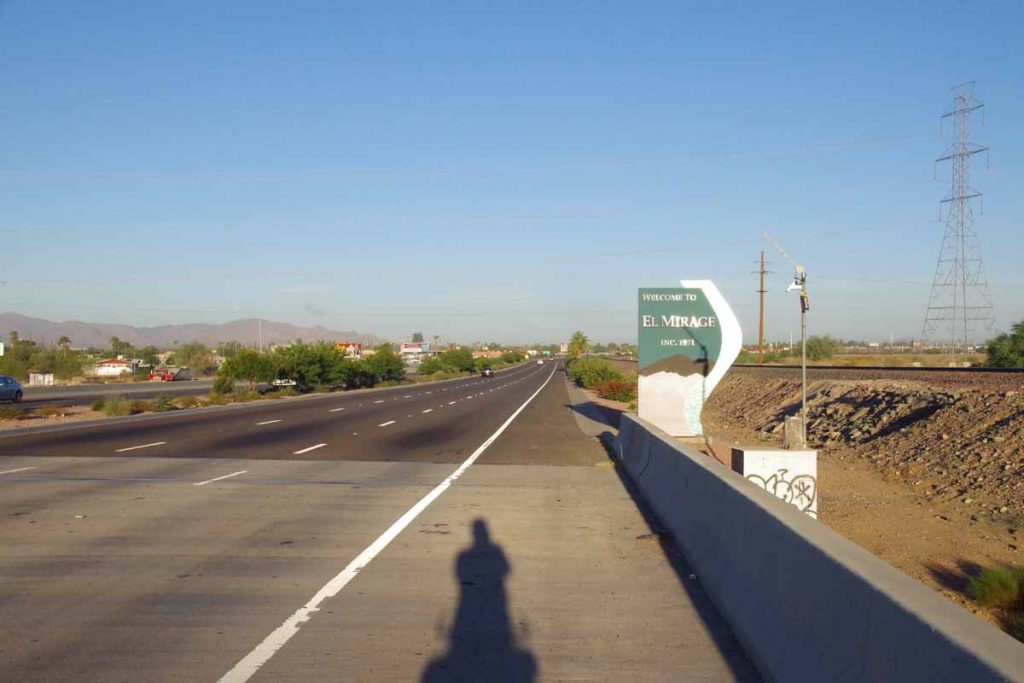 All day today was riding along US 60, with the first 9 miles still going past suburban sprawl in towns of Surprise and West Sun City. 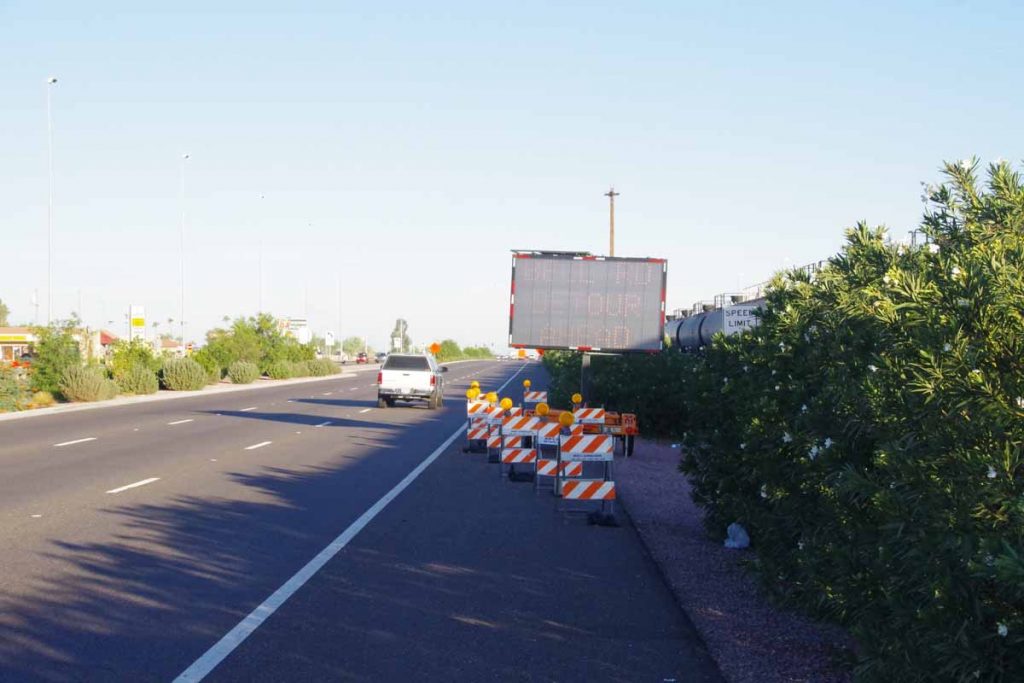 There was reasonable shoulder expect for short section of construction. Even the signs warning of the construction seemed to block parts of the shoulder. 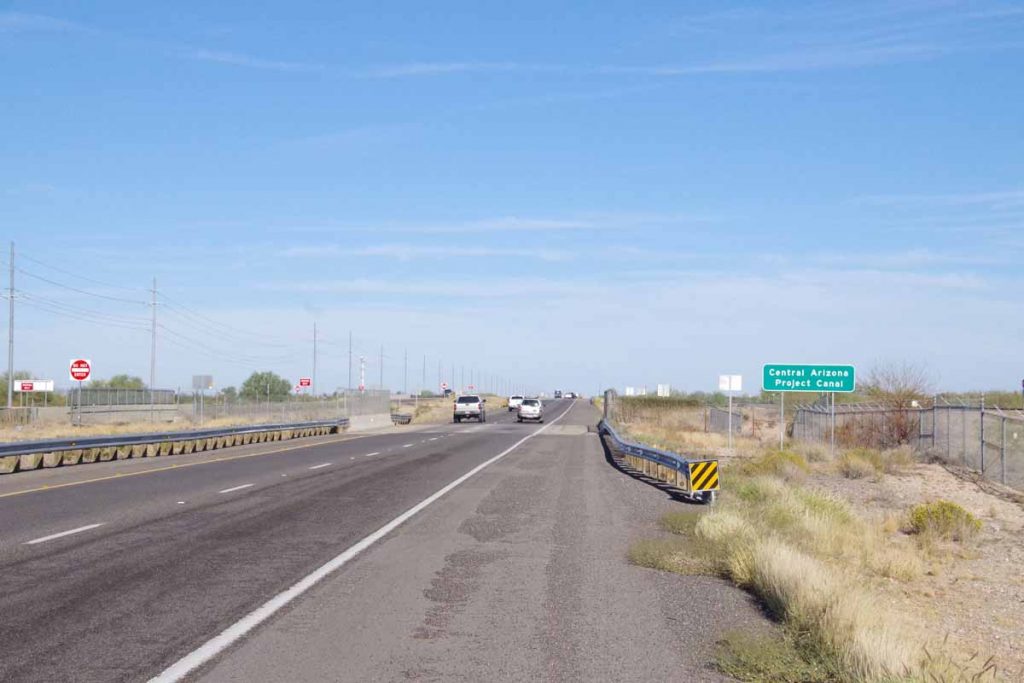 However, after 9 miles, it looked a lot more like this. Here was a crossing of the Central Arizona Project Canal. As I understand things the canal is part of the largest and most expensive aqueduct system in the US. It carries water from Lake Havasu to southern Arizona. For all that expense, I was surprised the actual canal wasn’t particularly big. 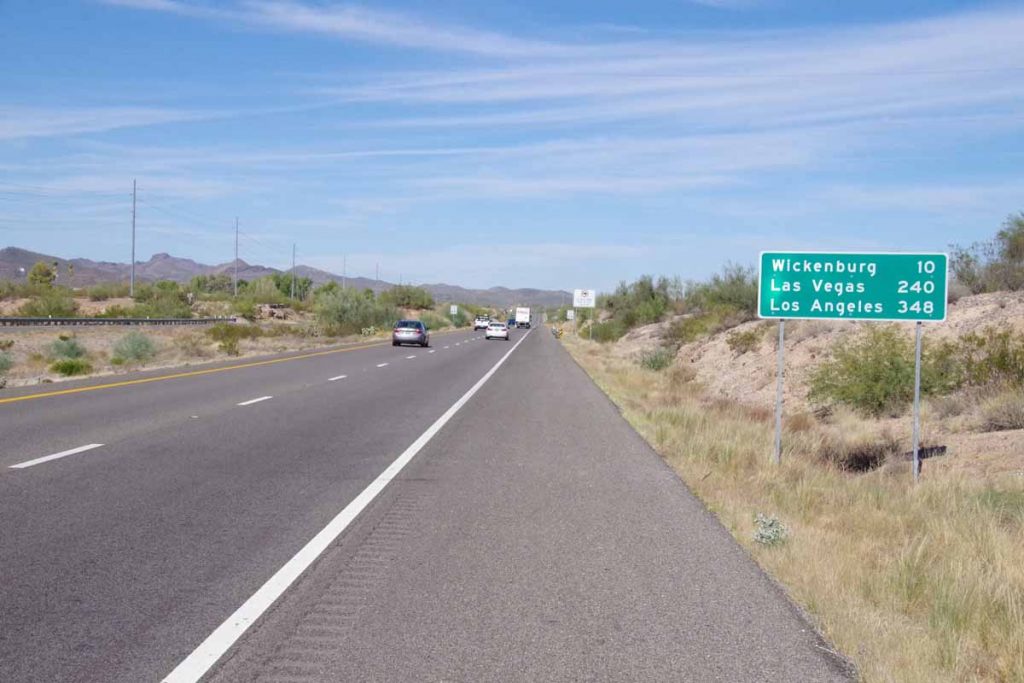 I saw my first sign for Los Angeles and also one for Las Vegas. 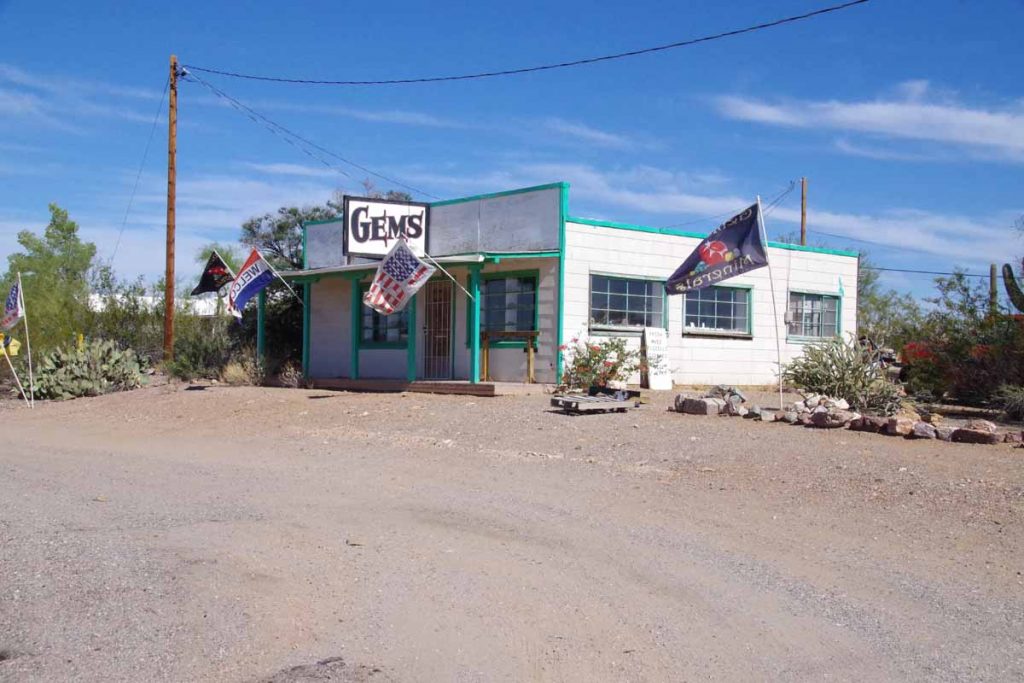 While the route didn’t have much in way of stores, there were occasional businesses like this one near Morristown. As I got close to Wickenburg, went into a bit more of a valley. 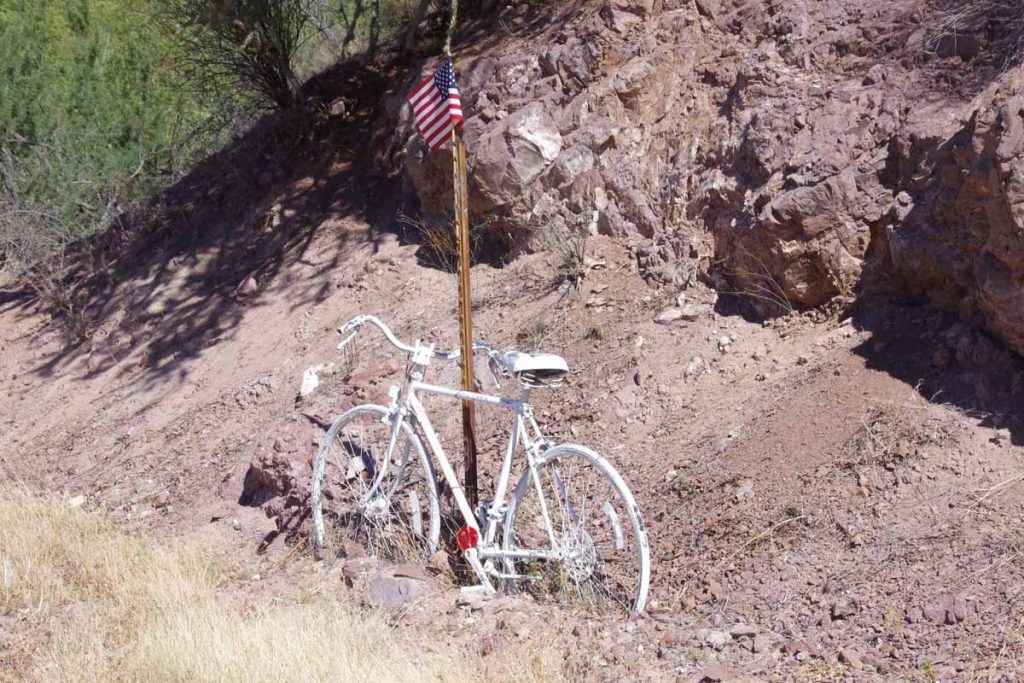 Unfortunately, also a ghost bike here. Ghost bikes mark spots of bicycle fatalities and this one was on a wide open road. Link to more background information. 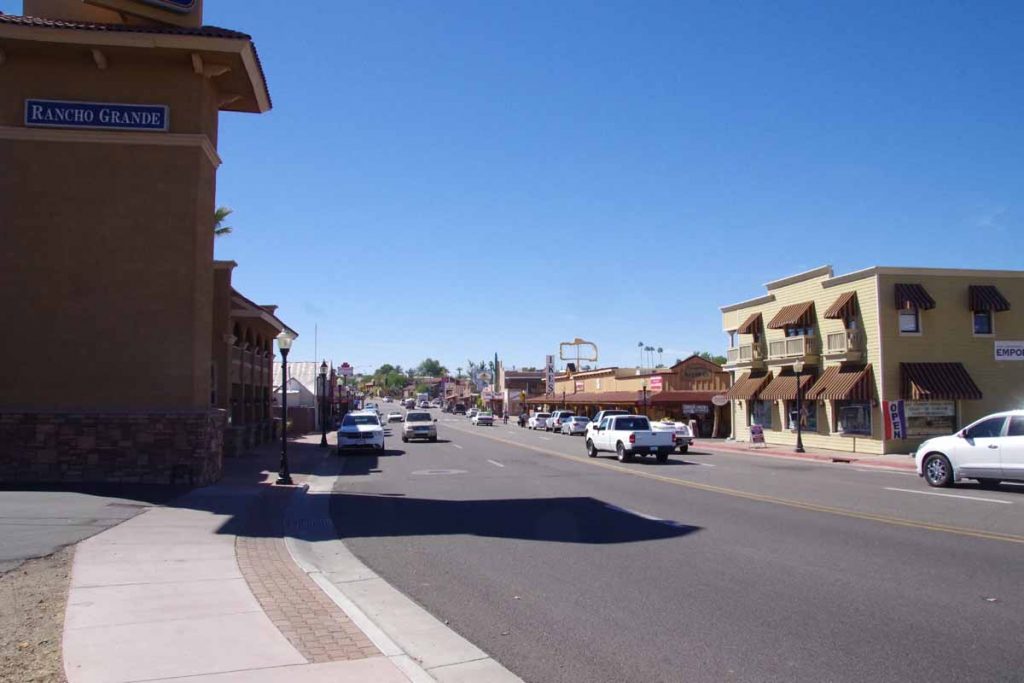 Not much after that, found myself in downtown Wickenburg. Still early in the day, but will not be much after this for a while.