Spent the day crossing the Phoenix metro area. I’m not all the way through yet, but at least on the northwest side outbound. As cities go, crossing was straightforward, aided in part by a lot of riding on bike paths along the Arizona Canal. 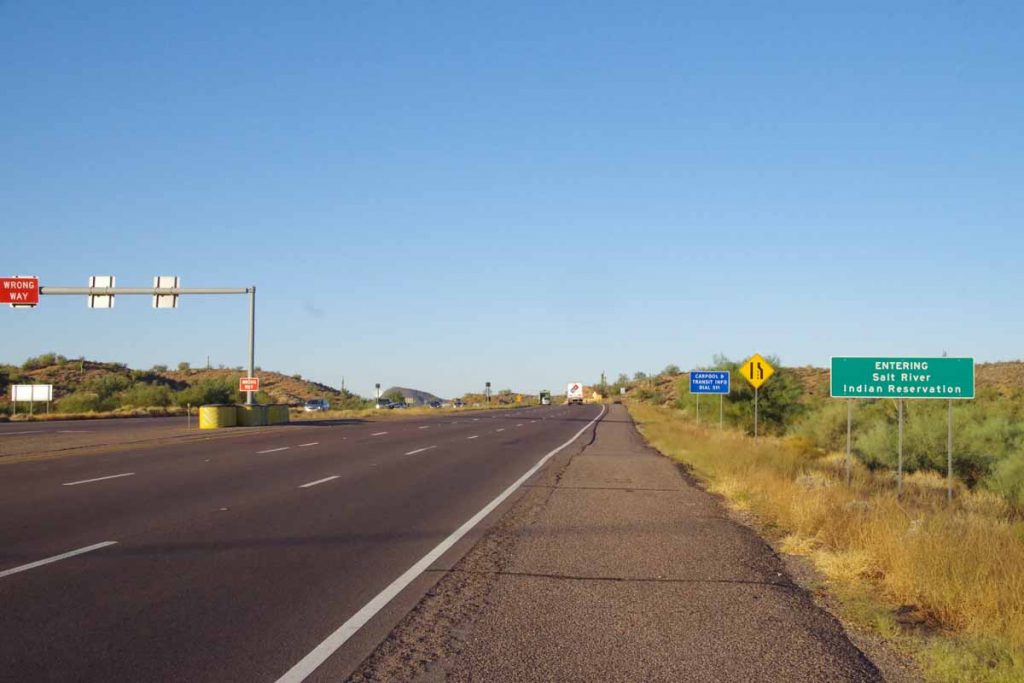 Started back on US 87 with slight descent as I came through the Indian reservation and then to eastern parts of Scottsdale. 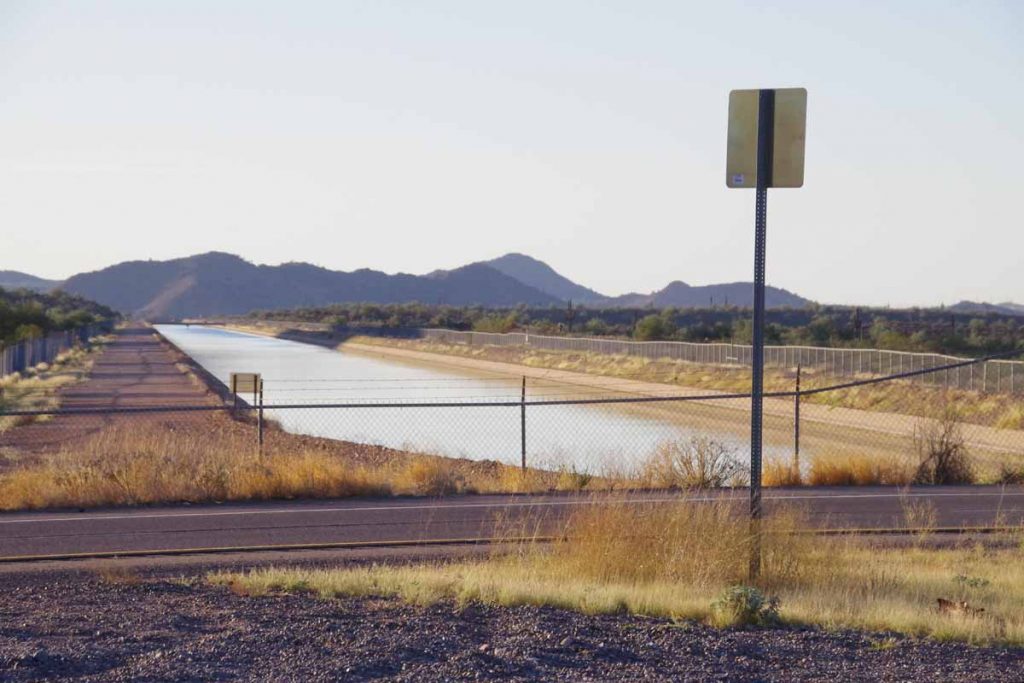 I crossed two larger canals, though access routes along them were blocked. 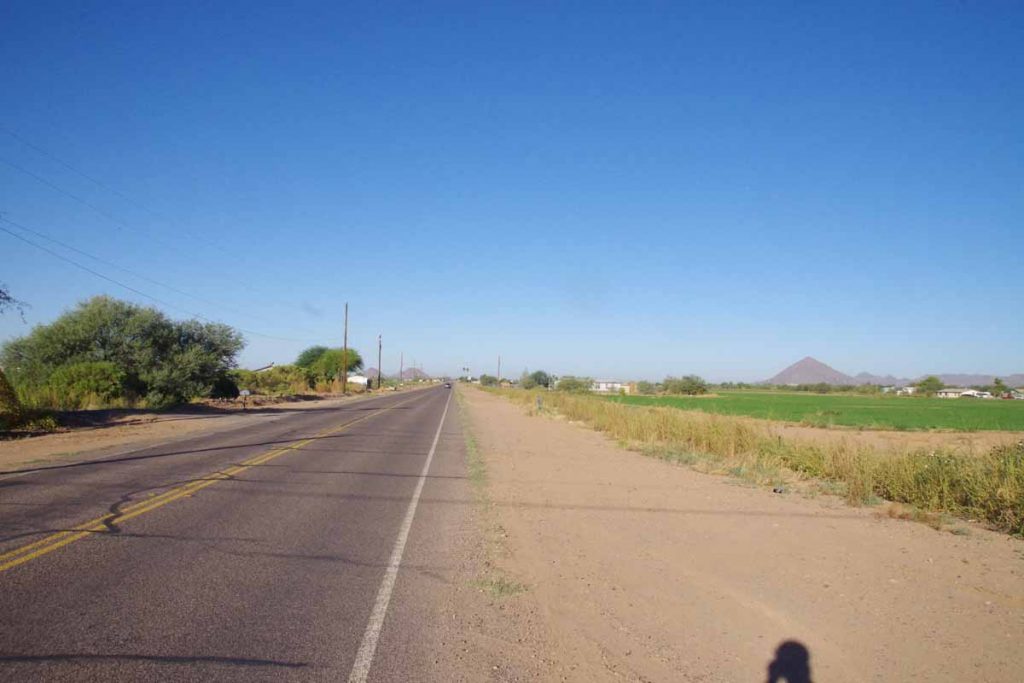 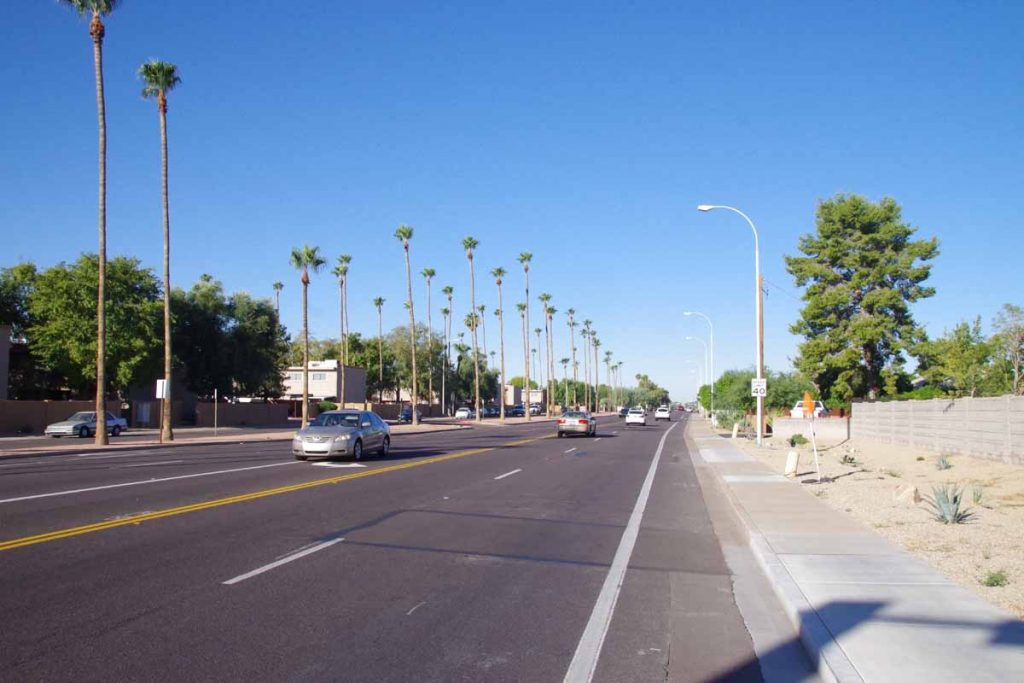 A few miles later and I was on these large boulevards as I came into Scottsdale proper. Stopped for a bit at a McDonalds and figured out my overall routes. I was also waiting just a bit until the bike shops would open. 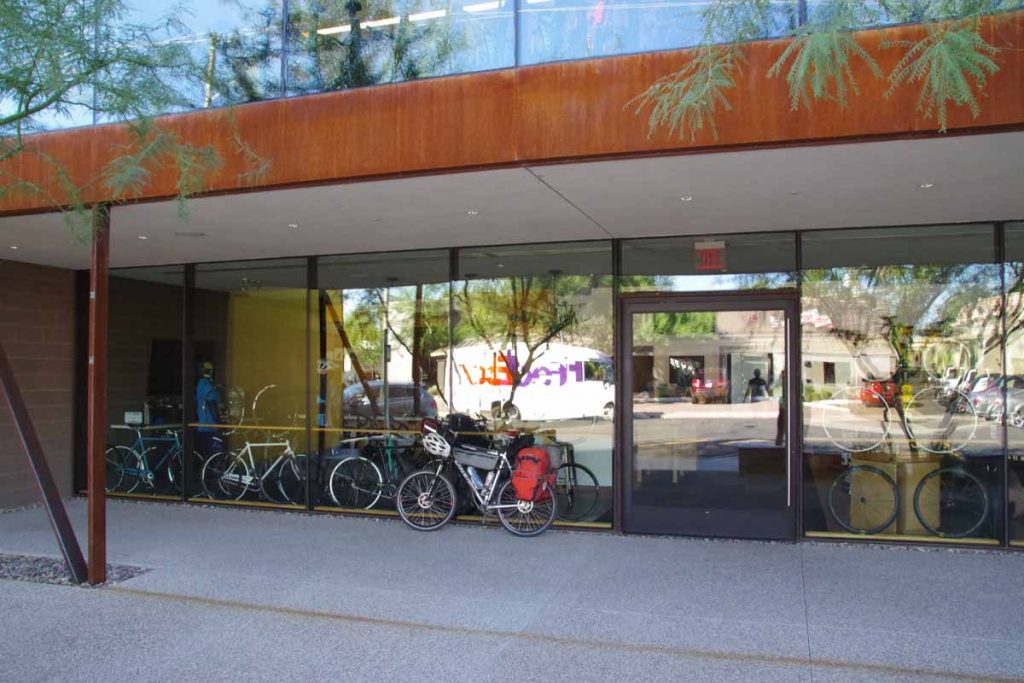 I found a shop named Bicycle Haus and was there when they opened at 10am. Yesterday I had noticed my front brake pads were pretty much worn. Still fine on the ride, but with a lot of the descent, their stopping power was diminished. So I had both front and back brake pads replaced. Also checked the chain which wasn’t very stretched yet. I was happy they were able to check the bike right when I came in. 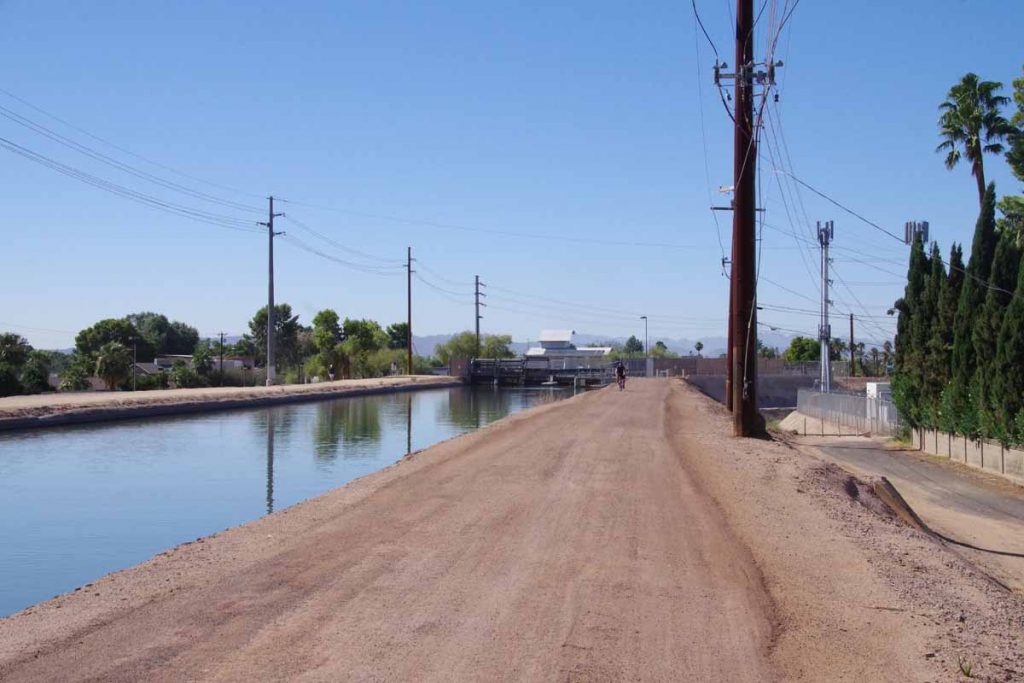 I now found myself to the Arizona Canal and followed it using the Google Maps instructions. Every few miles it seemed to have me switched sides. Also this part of the canal was not paved, but the hard-packed gravel was easy to ride. The Adventure Cycling route was a mile or two further south, I believe since they avoid gravel, whereas Google Maps bicycle instructions much more easily pick gravel roads. 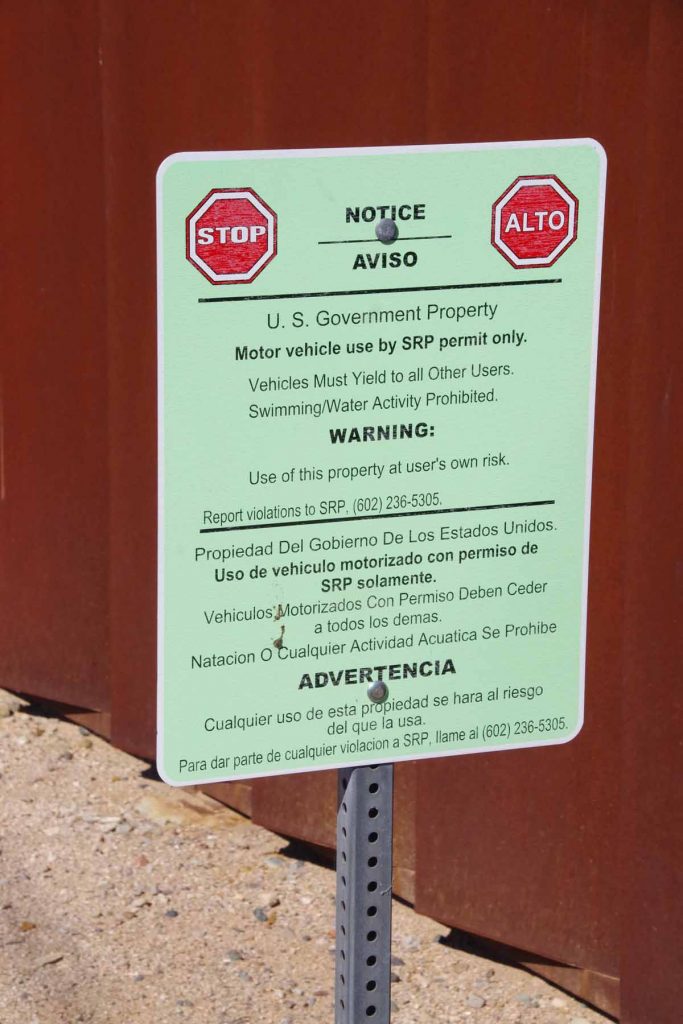 Signs along the canal. 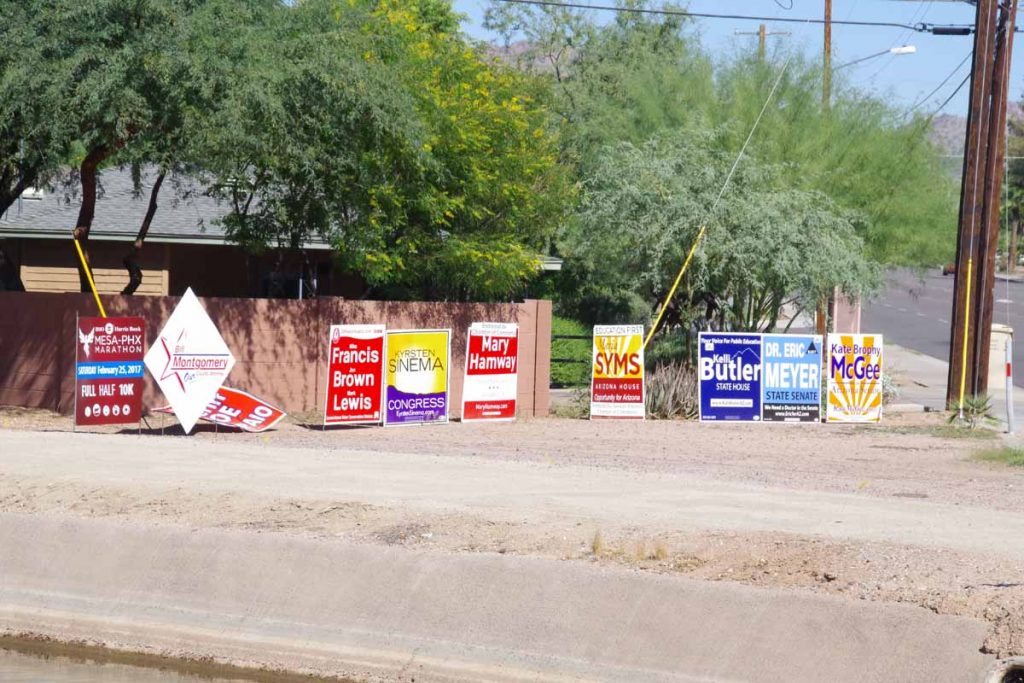 The intersections also seemed to have a lot of political signs. Definitely more now here in Arizona than I’ve seen elsewhere. 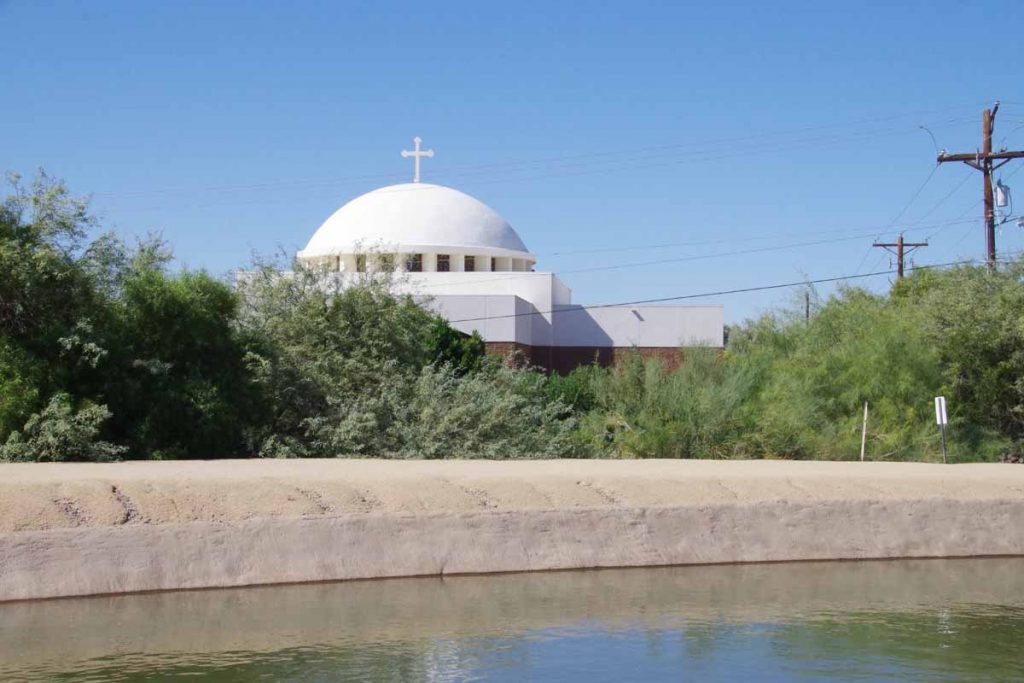 Around the 32 mile mark, I came past this Greek Orthodox temple and this also marked the point where the Adventure Cycling route joined for real – and the canal route stayed paved. 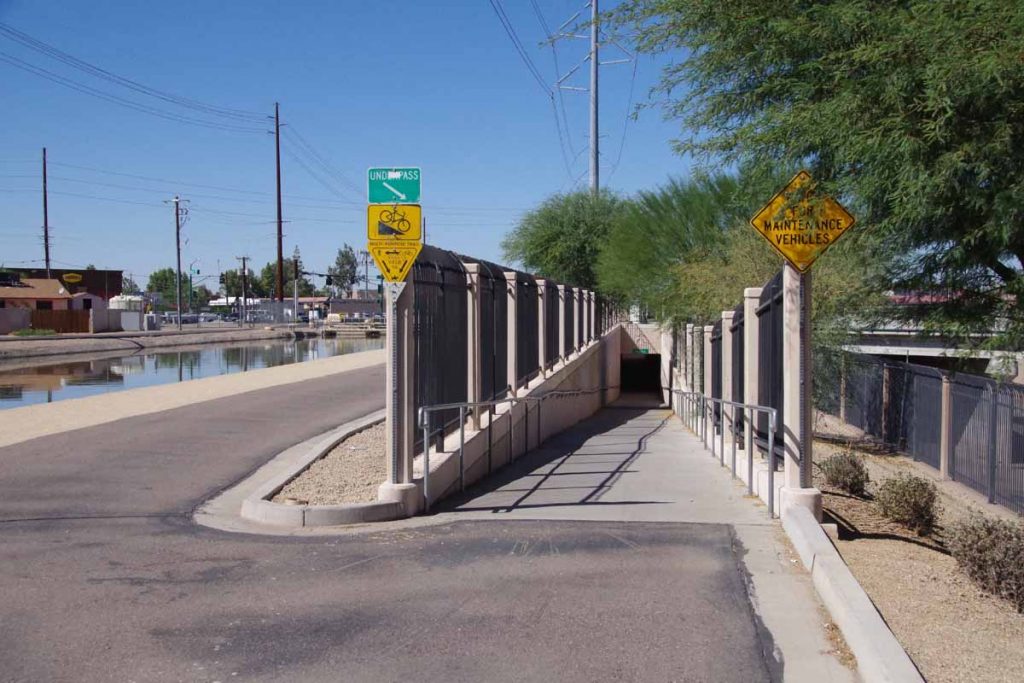 There weren’t many cross streets but pretty much most of them had these underpasses, which was nice to keep traveling along the route. There were homeless people in the cool shade of a few of these tunnels, but still enough room to travel past. The temperatures got up to low 90F (32-33C) so warm but not abnormally so. Gradually there were fewer tunnels and more streets I needed to cross normally. Eventually, got to end of the canal route. 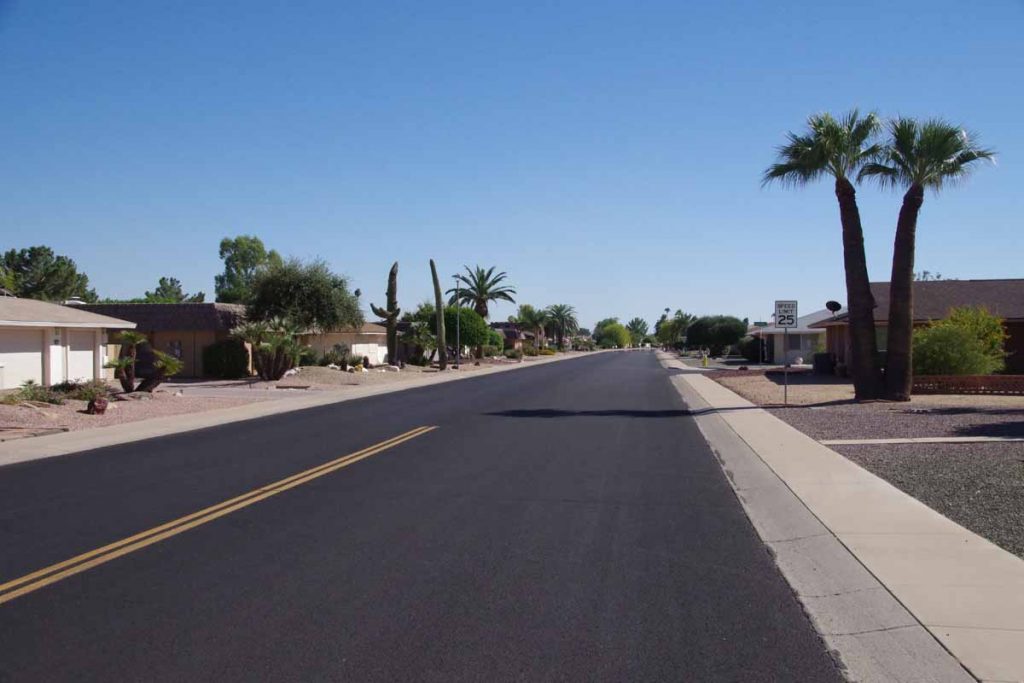 Here the route brought me through some neighborhoods like this one. 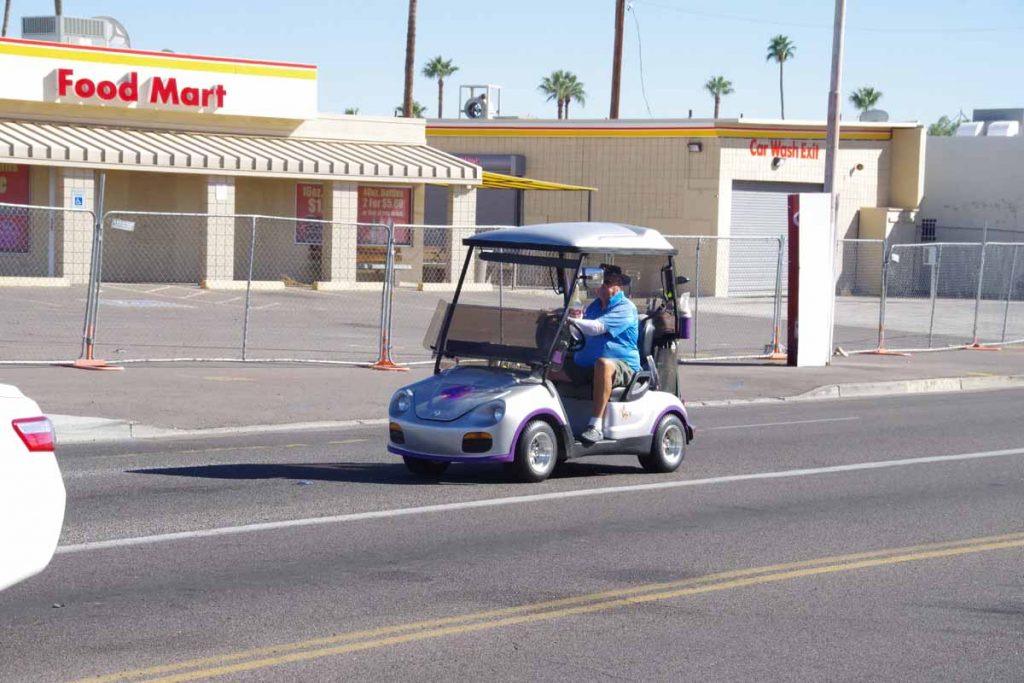 What I did find interesting is more people driving on city streets with their golf carts like this fellow.

Eventually found myself at edges of Sun City and turned onto US 60. Major highway again headed outbound, but hopefully good shoulders and not too bad to finish departing the city. I’ve also now finished “map 15” of the adventure cycling route so 14 maps from here to San Diego.