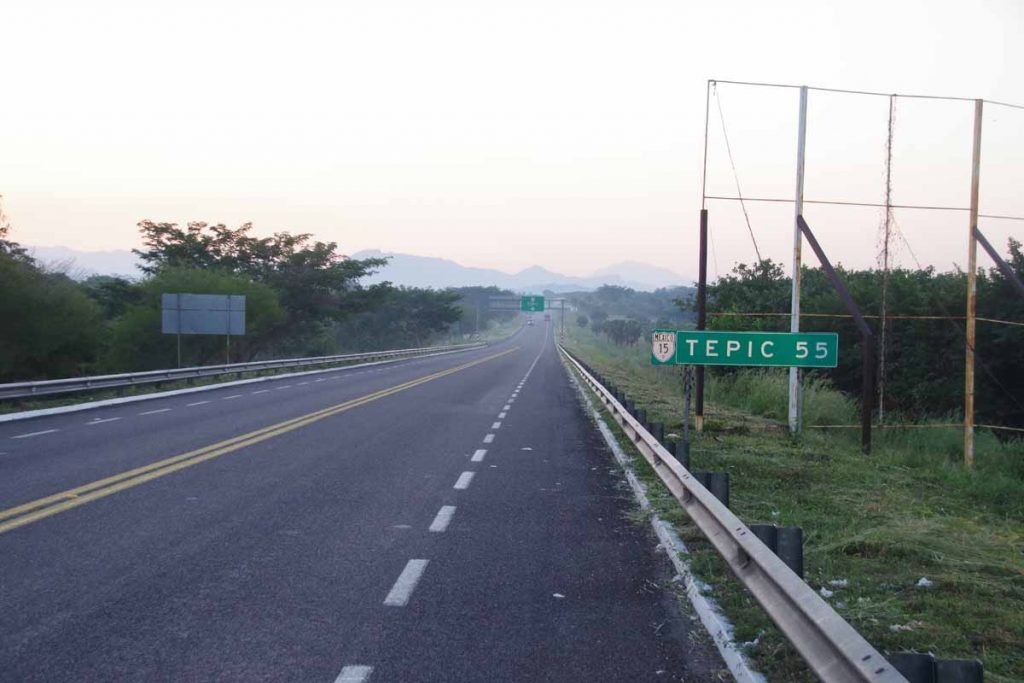 My motel by the highway didn’t have a lot around it, but one advantage was within one kilometer I was back on the cuota with its nice shoulder. 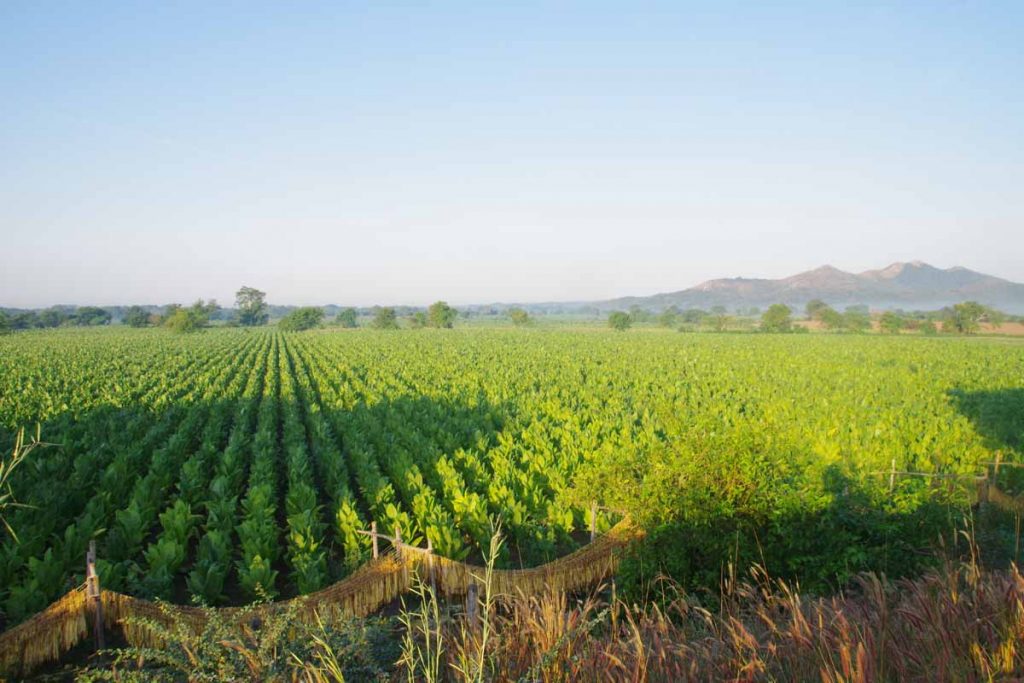 The next 16km went through agricultural areas, crop above is tobacco. I’ve also seen citrus trees and a lot of little smushed green peppers. I haven’t spotted the pepper plants themselves, but expect they are falling from the trucks going to market and then getting run over. 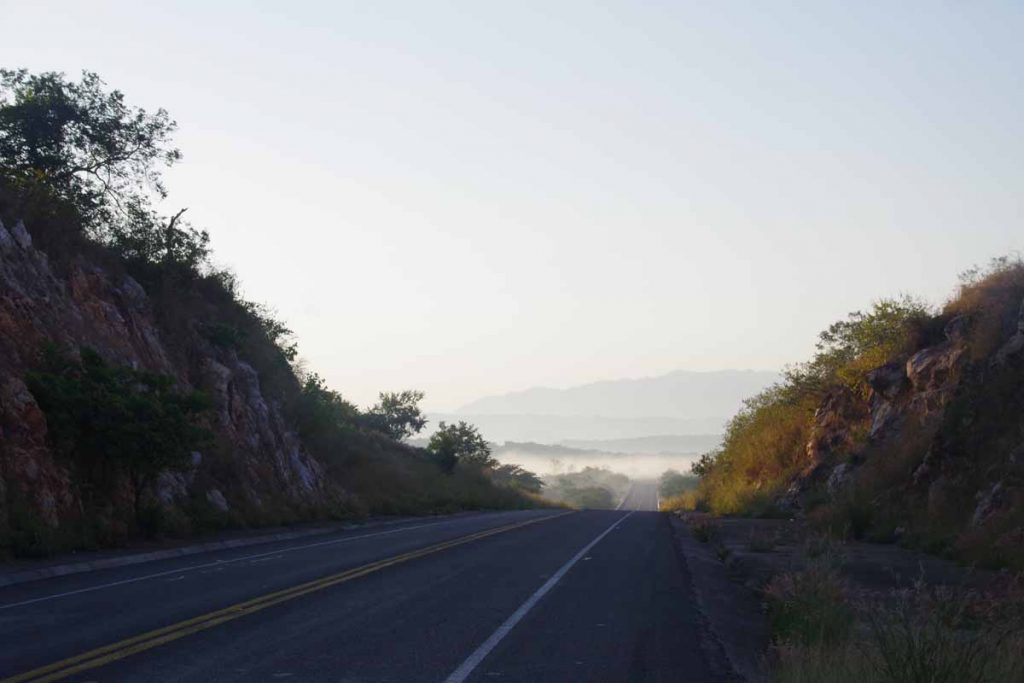 There was just a hint of mist, but not fog like I had yesterday. I crossed the Santiago River and then the climbing began. For the most part the climb never got much steeper than 6%, but there would be a long gradual grade and then level off for a bit and then go again. Also a few longer downhills today as well. 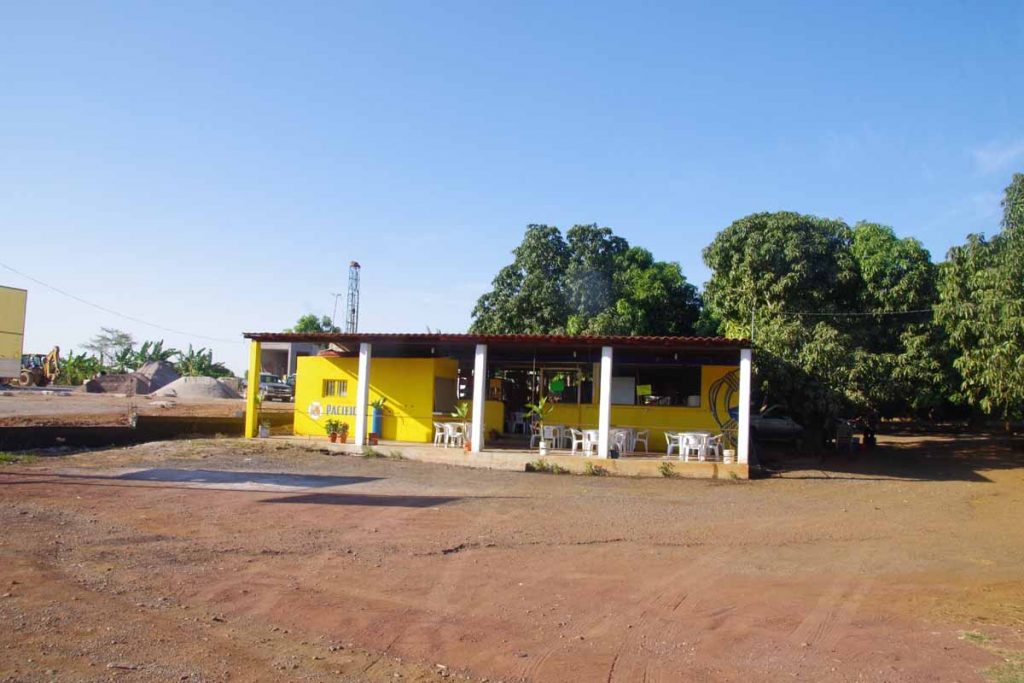 At 30km, I came past this small restaurant. Nicely placed and just ready for a break. Not much further a road departed from here to San Blas. My guess is TDA uses this route to go via Puerta Vallarta and avoid some of the congestion around Guadalajara. Elevation was ~800ft and so still had a bunch more to climb. I topped over 1500ft before losing 300ft of descent and starting to climb again. By now it was getting warmer. 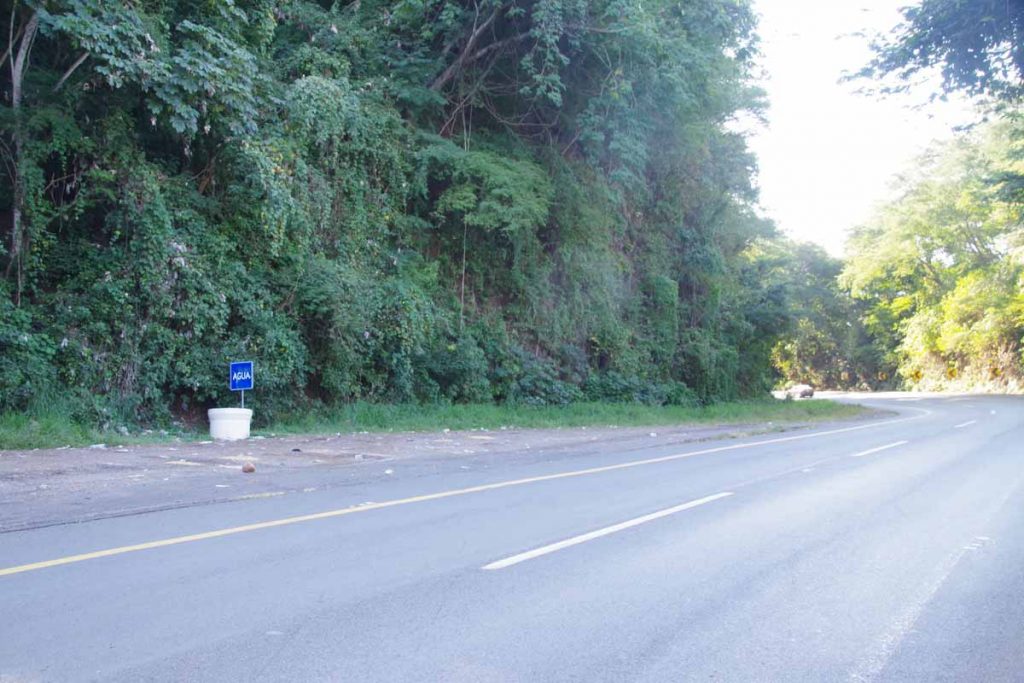 However, there were a fair number of trees and hence some shady spots. Also still those “agua” barrels for radiators and the like. My shirt was soaked with sweat, so dumping water wouldn’t have helped and furthermore it looked a bit dirty. 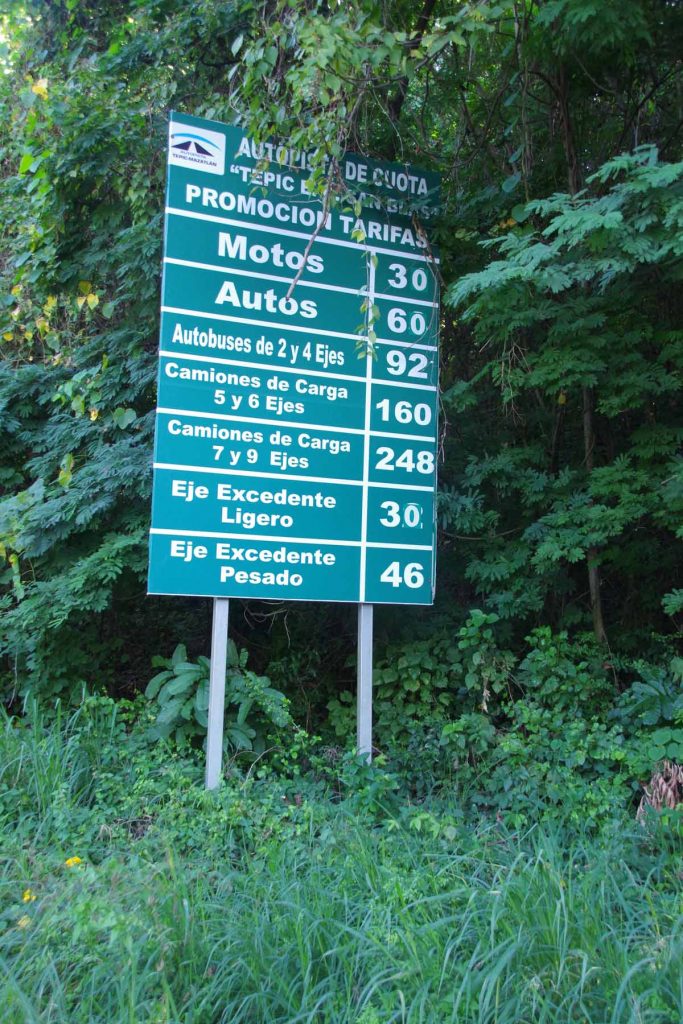 The libre and cuota highways came together for a few kilometers and hence they also showed the tolls listed above. A bit more than I expected. For most part the highway became two lanes each direction. Occasionally the shoulder would get narrow but for most part had good shoulders along the way. 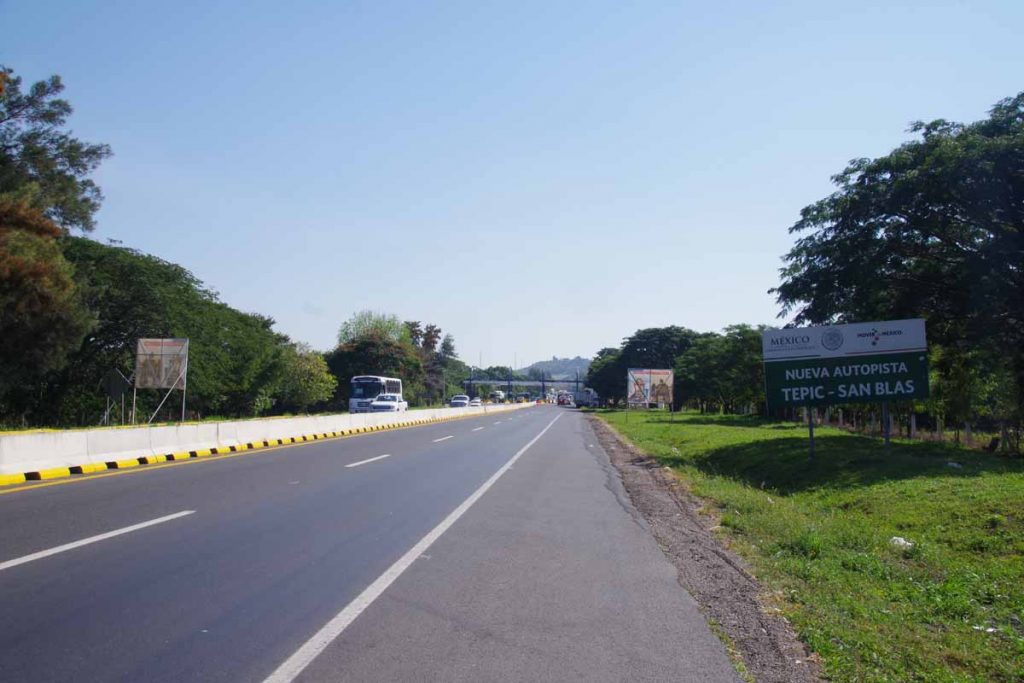 I made multiple stops along the way, at 1800ft elevation, 2200ft, 2500ft and finally when I got close to Tepic just before the turnoff to city center. I had plenty of time and nice to take it slow up the hill. 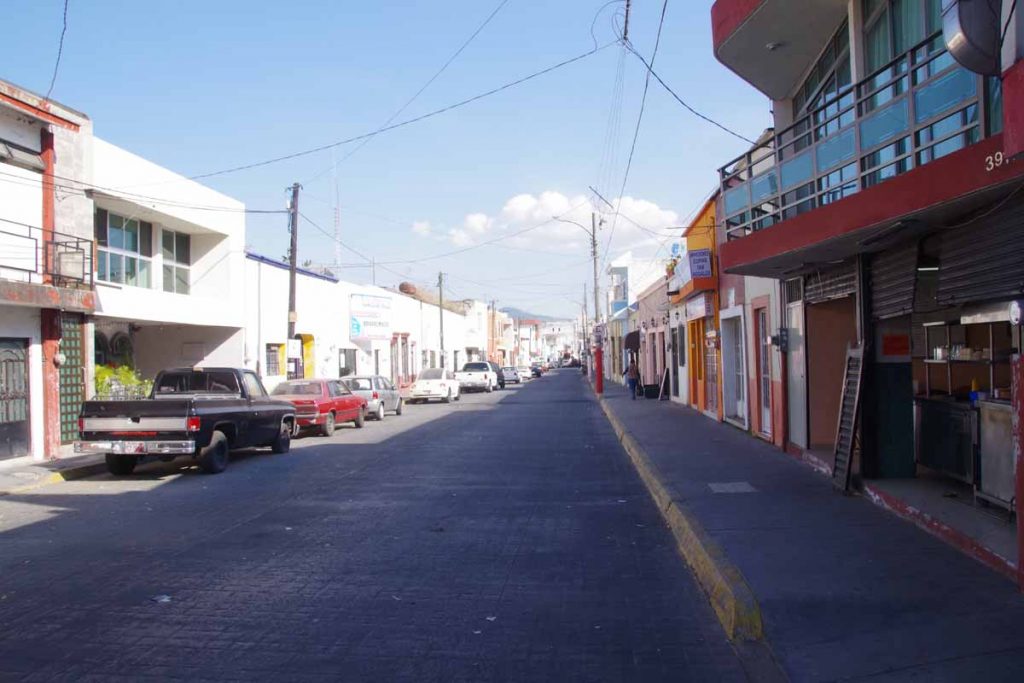 Finally reached the top and came through the city. Roads were reasonable to cycle, given this city has ~300,000 inhabitants. Without too much trouble, I found my way through the old part of town and then to a hotel where I had made a reservation. Plan is to take a rest day here and hence already have a hotel for New Year’s Eve. Now a chance to explore a bit of this town.