Nice ride today getting to Ruiz before noon. 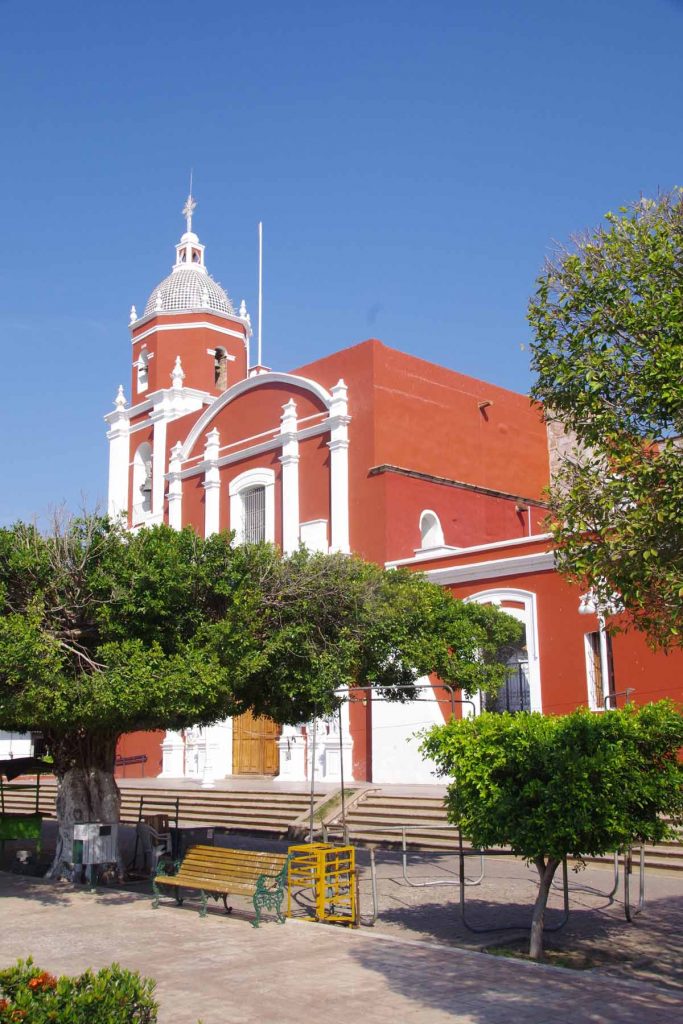 Yesterday afternoon I had some time to wander through Acaponeta. This seems to be a regional center with building above on the town square. Things do seem to quiet down during afternoon siesta but then pick up later in evening as it cools down.

Forecast high today was 36C (97F) with some humidity so I wanted to get riding in early. I was on the road by 6:30am just slightly before sunrise. It was 18C (65F) so these temperatures reminded me a bit of Austin in the summer months. Not too bad if you get your riding in early.

Acaponeta seems to be in middle of agricultural region with many fields of corn and other crops. 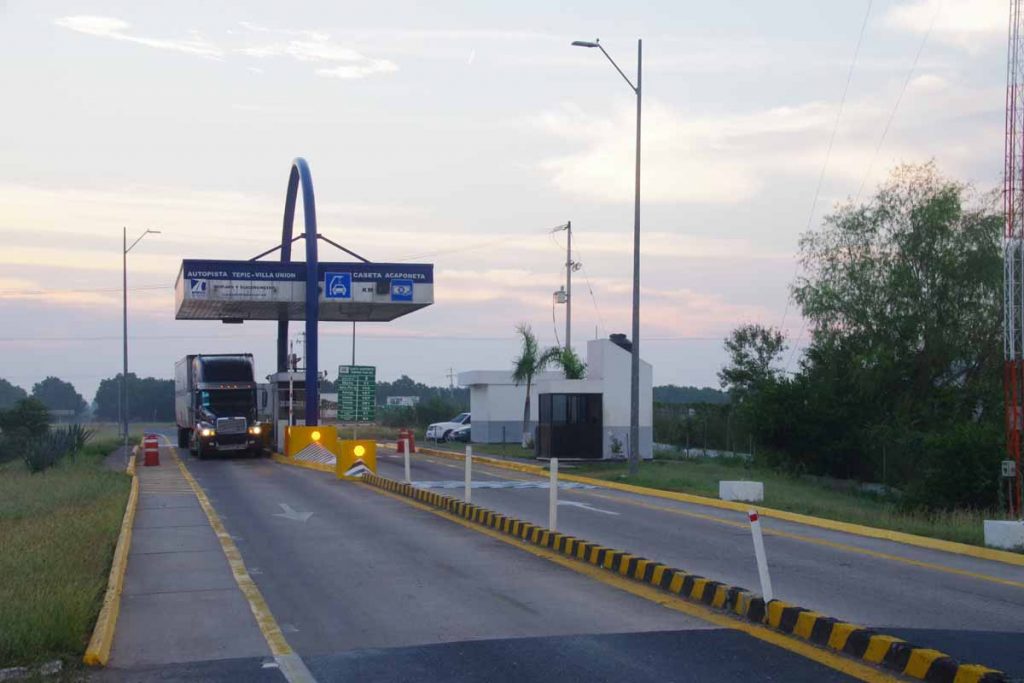 Just past 9km, I entered the Cuota again. Above you can see the toll booth at entry. A bicycle slips over to the left where those orange barrels are found. Once again I was happy to have nice broad shoulder for entire day of cycling. 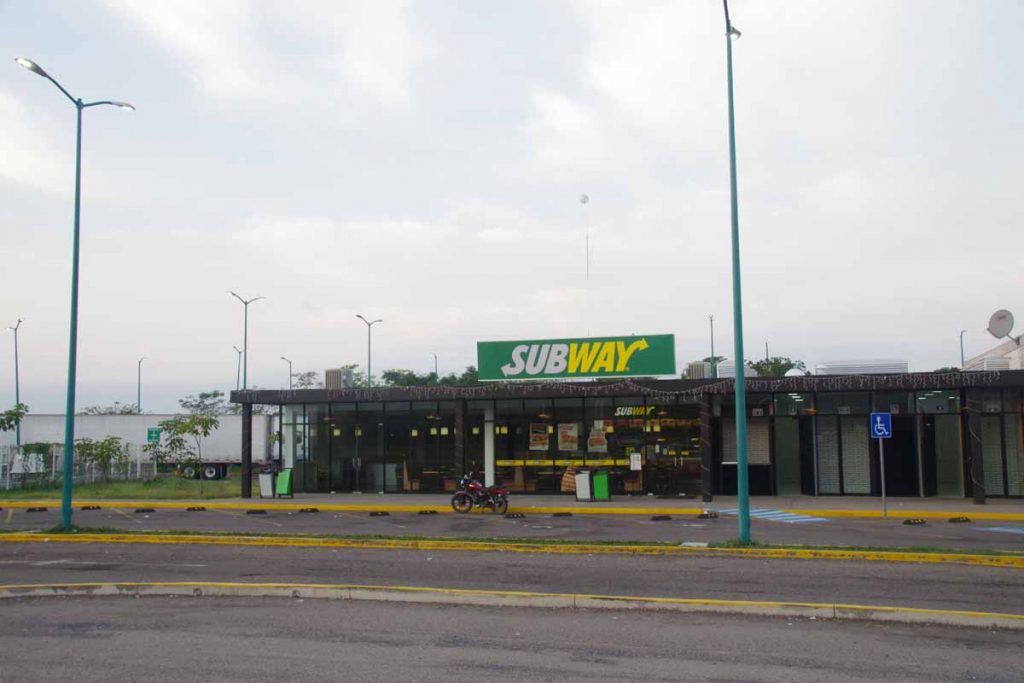 Just past the entry was the only food choices for the morning until kilometer 74 when I left the tollway. However, I had eaten before I left. 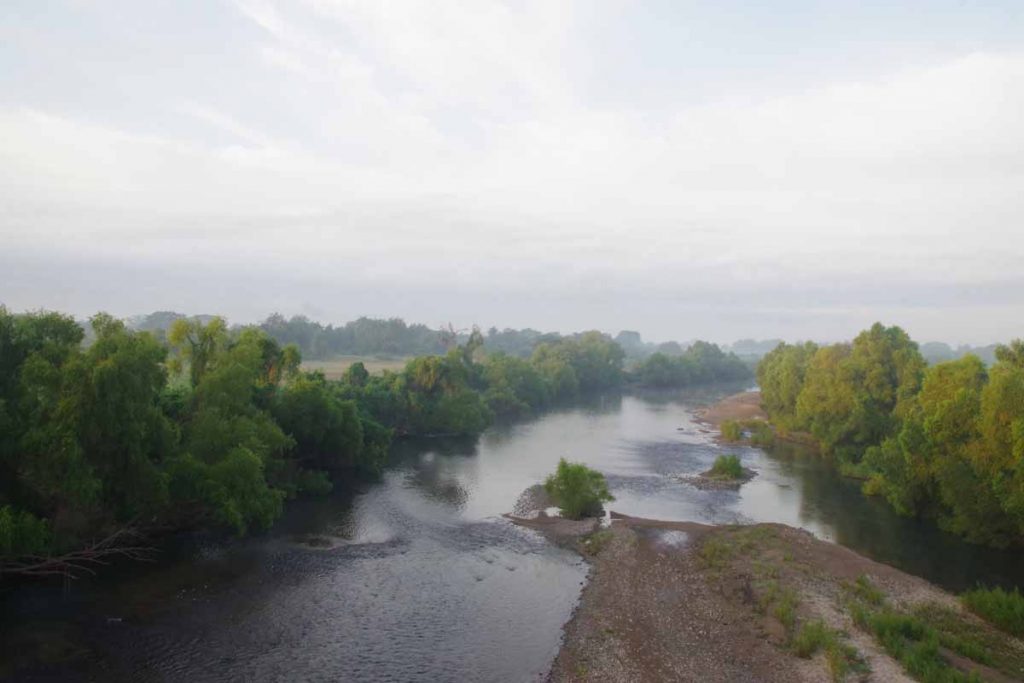 The road started out fairly flat passing many agricultural fields. Above was the Acaponeta River where I crossed. By about 22km, there were some gentle rolling hills. It had been steadily more foggy. I stopped and attached my blinking red light. First time I’ve used it on the trip (since do not ride after dark) but nice to have it. I also stopped multiple times to wipe my glasses as they got fogged over.

The highest hills were around 32km and by then the worst of the fog was over. Fortunately, still stayed somewhat cool. 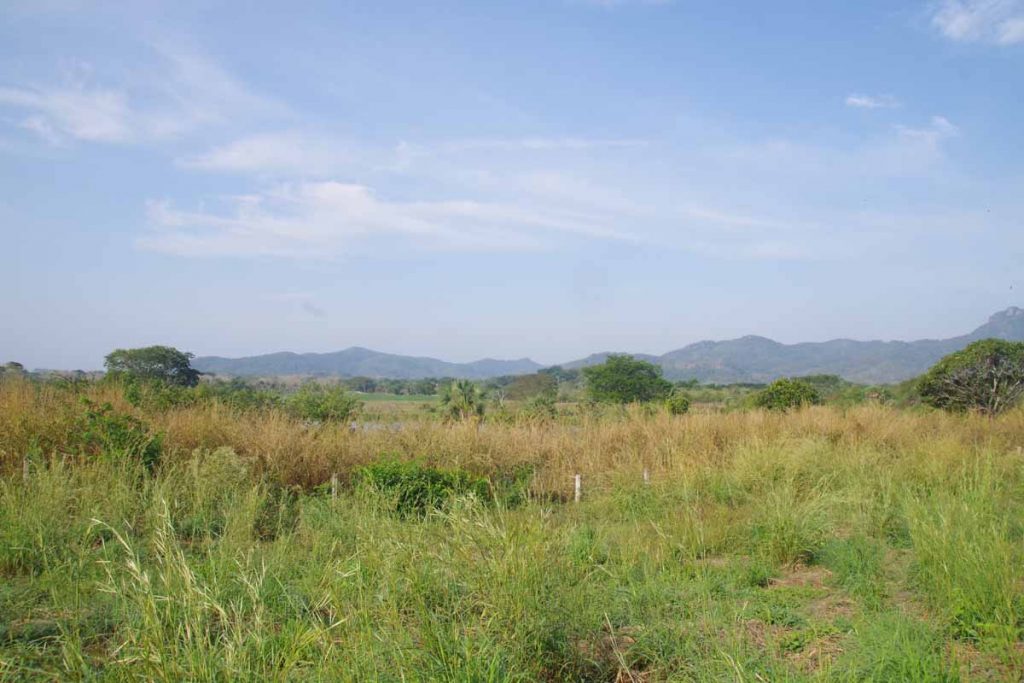 Above is an example of some of the lush landscapes I was cycling through. Otherwise, I not too much else until I reached 74km and turnoff into Ruiz.

Now time to find my hotel. There was one on far end of town that was recommended. I made my way into town including some stretches of cobblestone streets that I mostly walked. Got all the way to the hotel to discover that it was full tonight. They directed me back to center of town to a second hotel. I went back 1.4km and found out this hotel was also full. 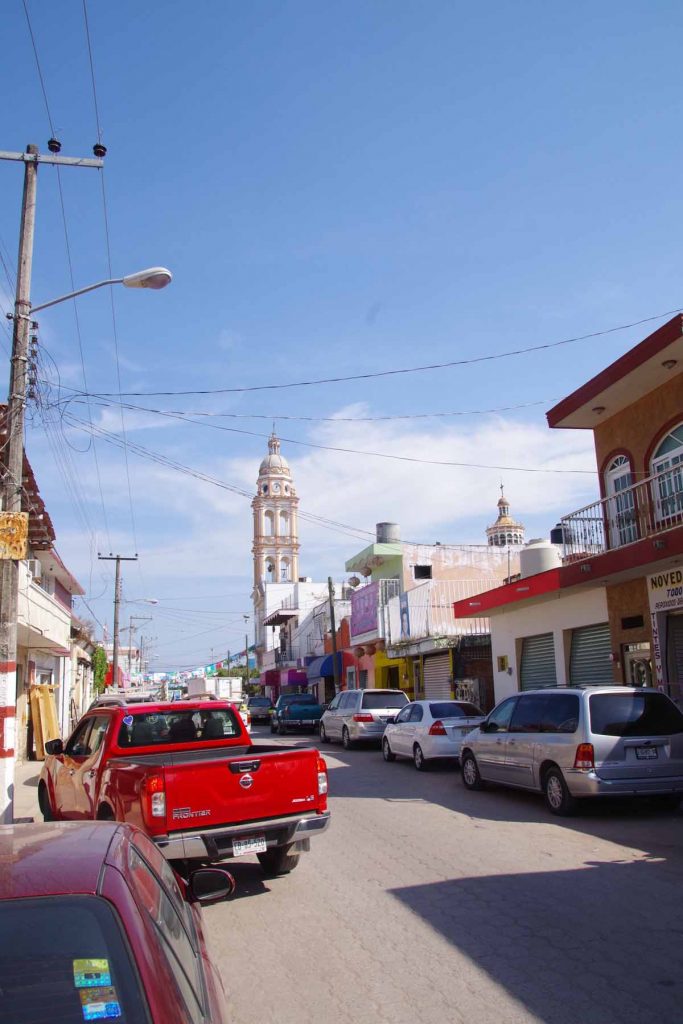 A little unfortunate, since seemed like the town definitely had a nice center and shops to wander through. 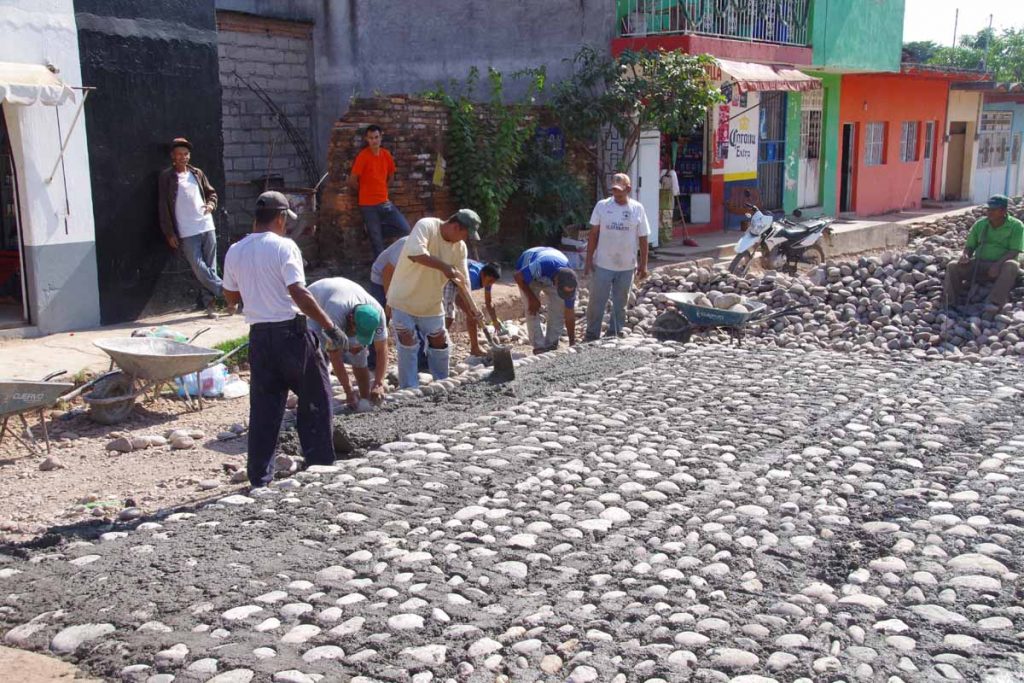 Coming back through town, saw that these cobblestone streets were not accidental, as these folks were putting in new streets with stones. I had seen a “motel” just when I got off the cuota and decided to head back there. 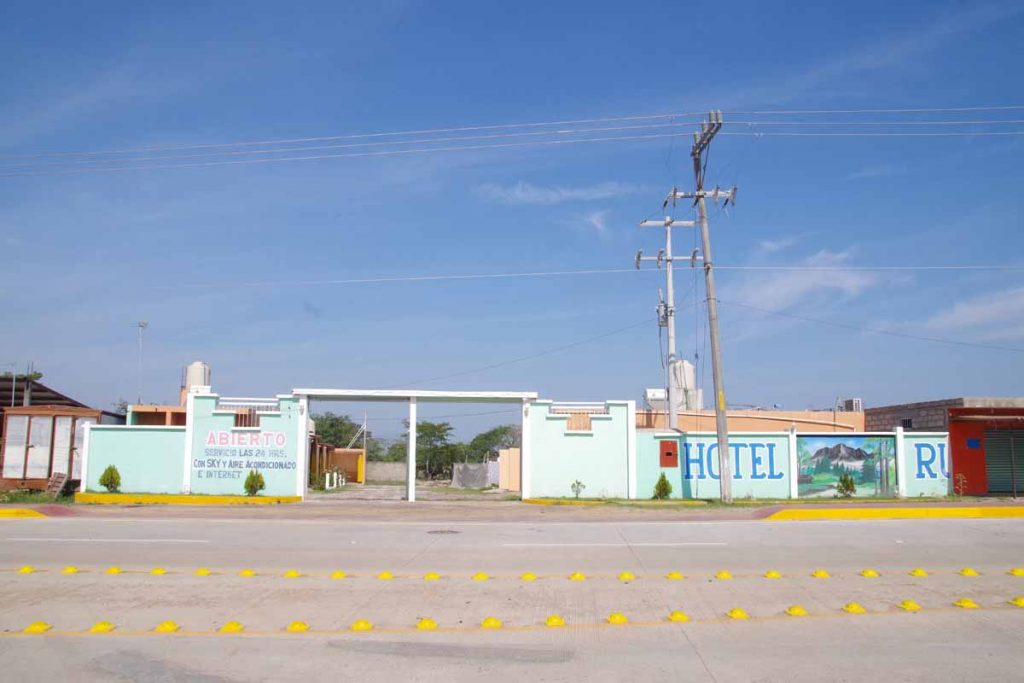 Fortunately, they still had a room. Also glad I got my riding in early as now in afternoon it was getting hot. The hotel was a little strange in having little garages with curtains where you could discretely park your car. Also other than bed and TV and no windows, not much to the room.

From here I expect a solid day with ~1300m of climbing to Tepic where I decided to reserve a room for two nights and hence plan to celebrate New Year’s Eve.