A day with solid climbing to start 2017. Happy New Year! My odometer recorded 1098m of climb today, only slightly less than the climbing day into Tepic. However, rather mostly one longer climb (with pauses) from sea level – this had some more rolling terrain and one long descent so I ended up barely 150m higher than when I started. It was also cooler and drier as highest elevation today was a little over 1500m. 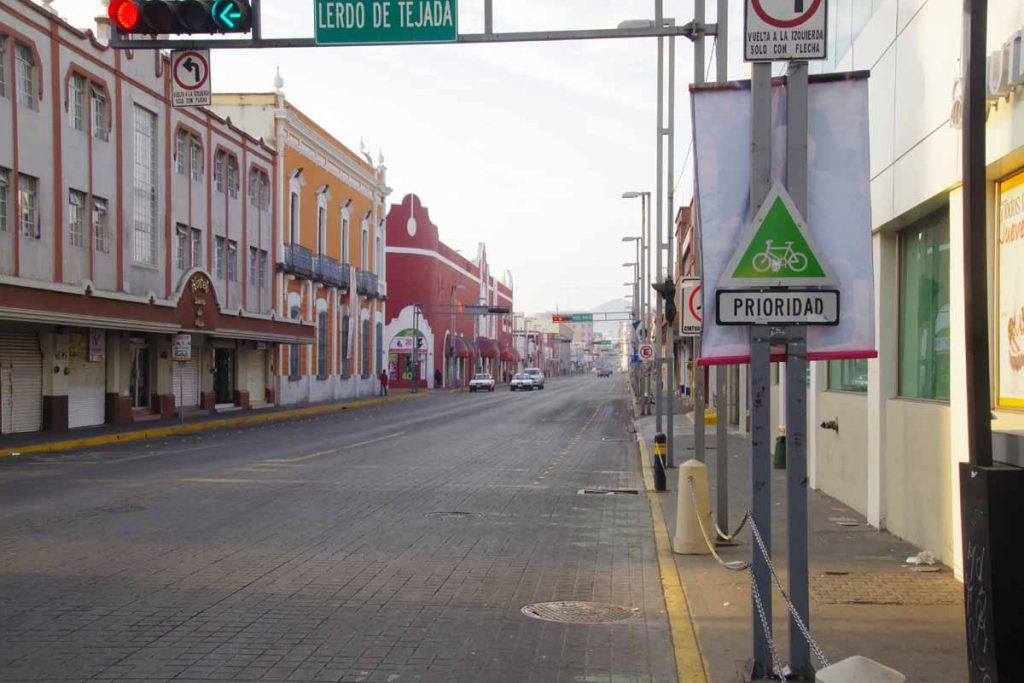 Got to sleep early and slept through the New Year. Next morning streets of Tepic were very quiet. Took the photo above to also show that I found a marked bike lane. It wasn’t so obvious with the traffic chaos the day before. One also needs to be careful with street grates with slices at an angle. 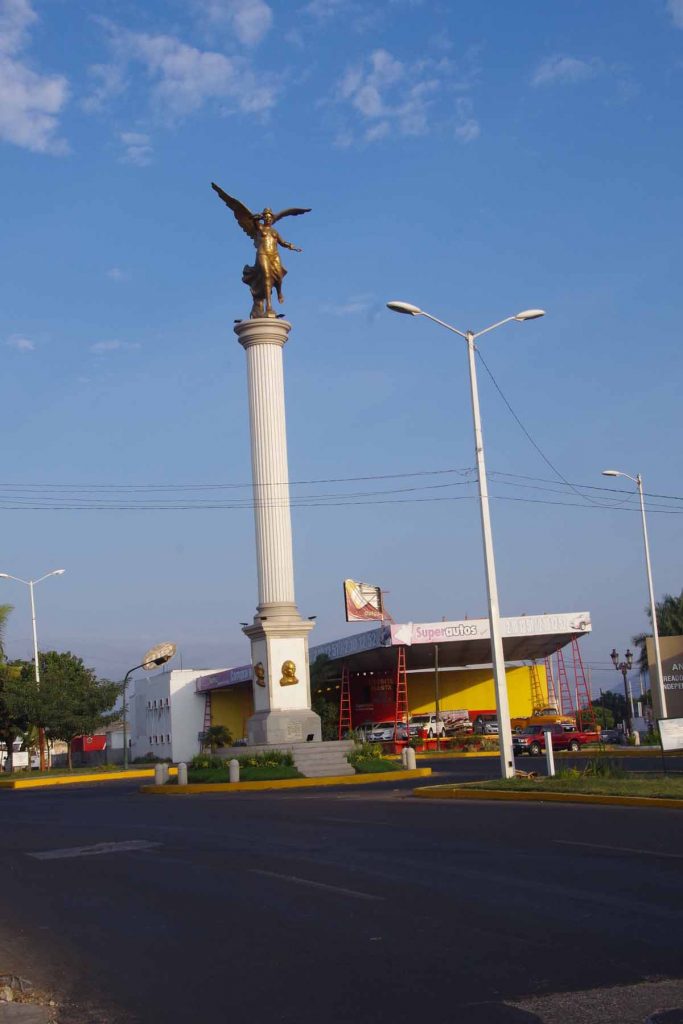 First 9km were making my way through the city. I stopped at OXXO for yogurt and refill on water. 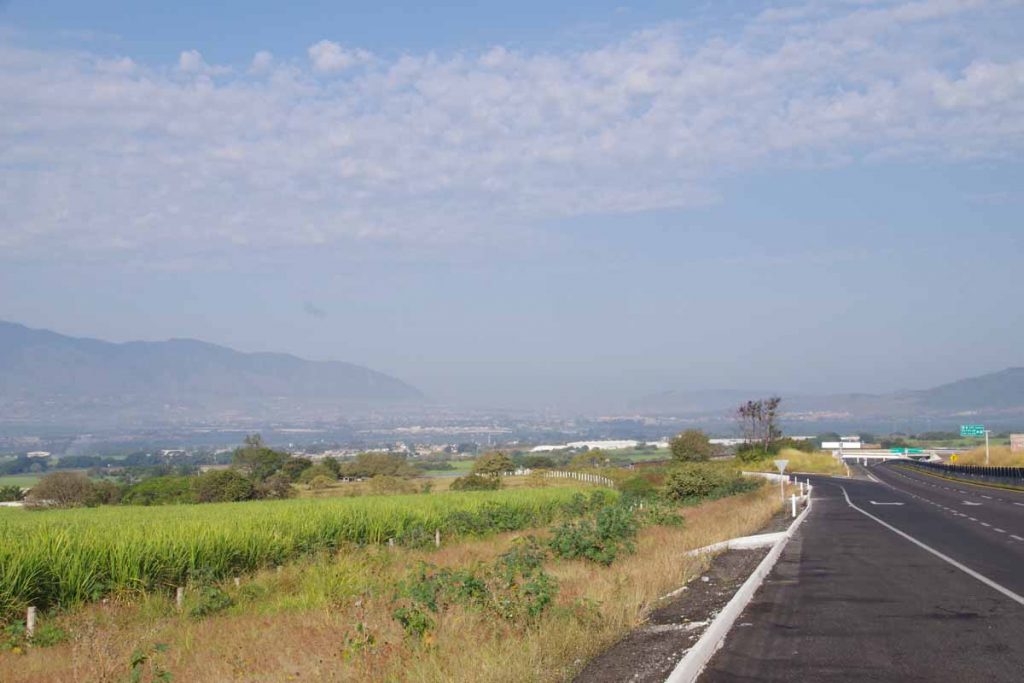 After this once again a choice between libre (free) and cuota (toll) roads. I took the cuota again. Today continued with good shoulders though the road was also four lanes the entire day. It was quiet in the morning, but seems like this road is slowly getting busier. Not long after leaving Tepic, the road started a 200m climb, photo above is near the top looking back at Tepic.

After this it was level with slight rolling hills until the first (and only) toll stop today at 32km. Also here was small store to get a drink and a snack. 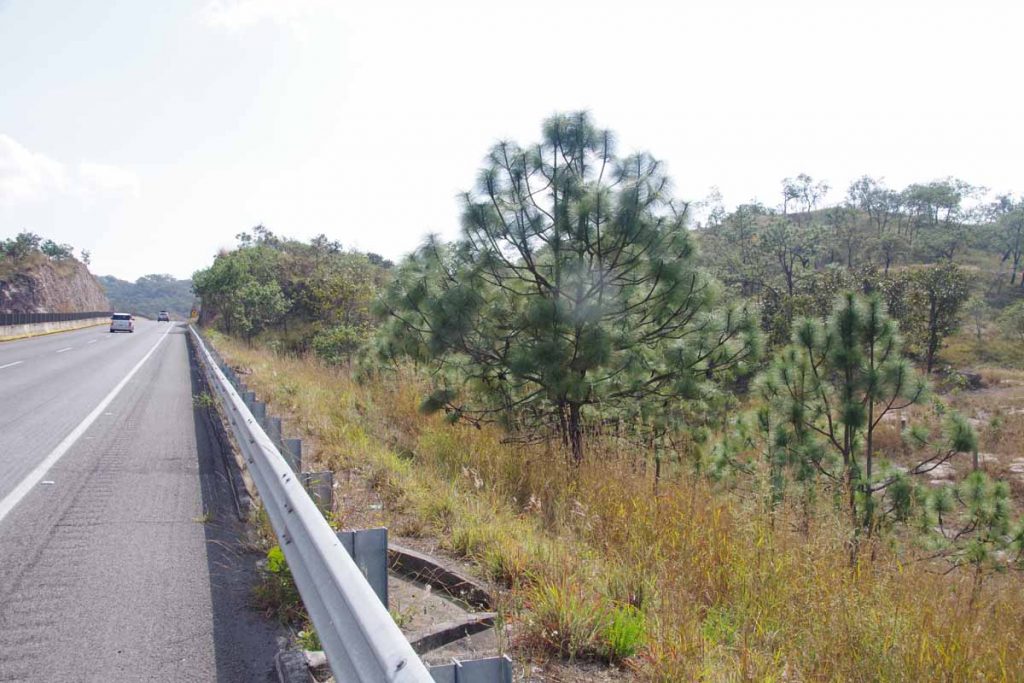 The timing was just about right because soon thereafter was nearly 300m of slow climbing. Near the top I even saw pine trees. Also seems slightly cooler and less humid than previous days. 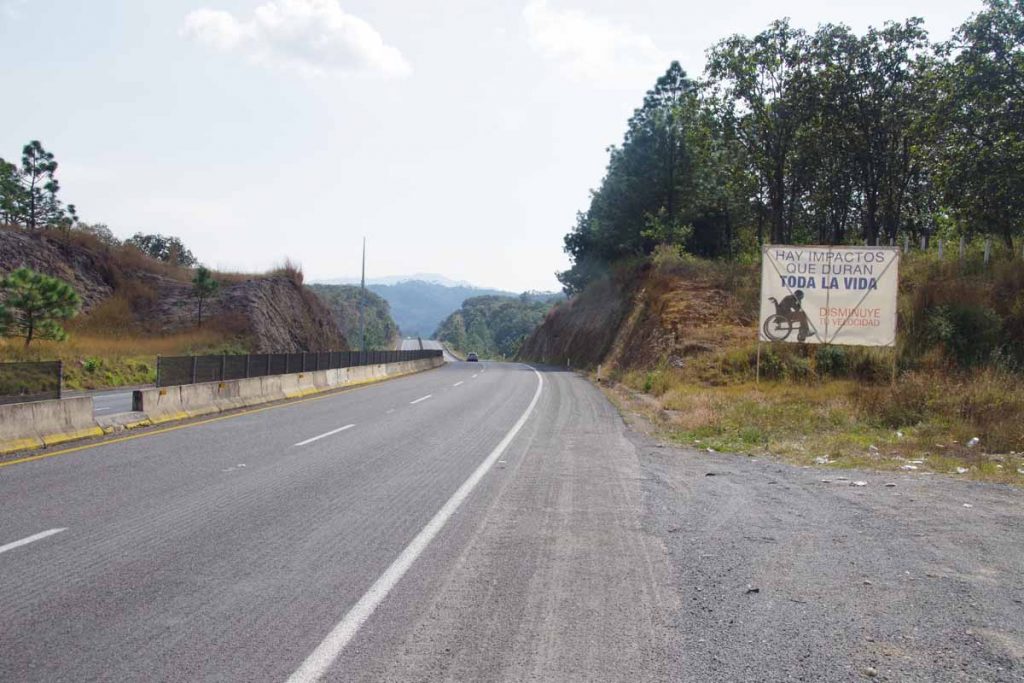 From here the road had rolling hills. Sign above shows the traffic awareness sign, my rough translation “these impacts can last a lifetime, reduce your speed”. It was steady riding though stopped every so often for brief rest. 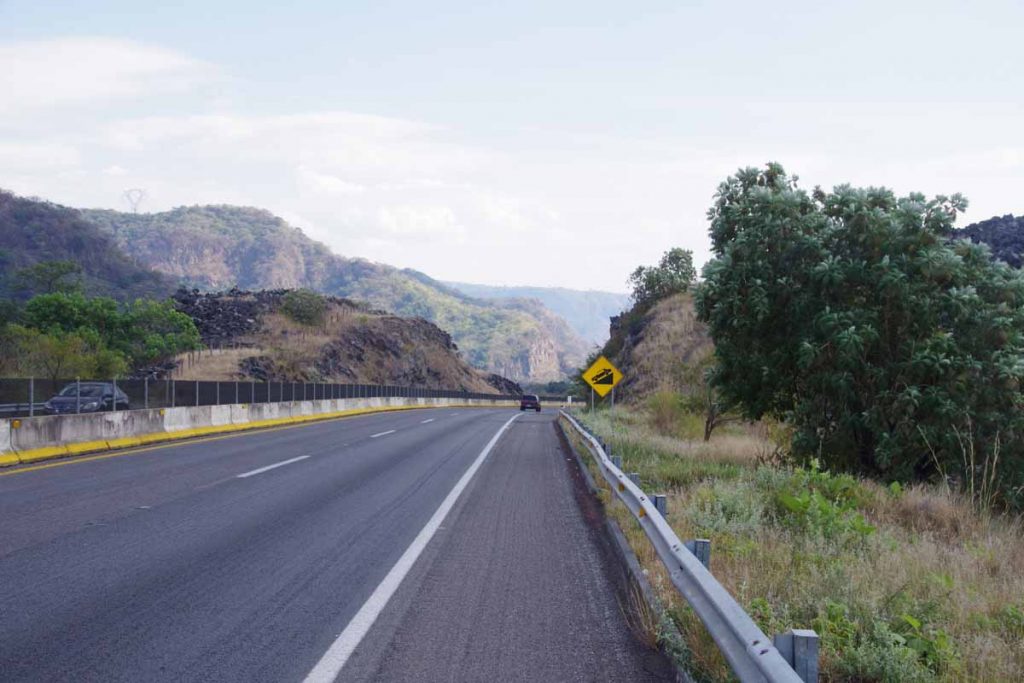 About 59km was highest elevation for the day followed by almost 400m of descent. Down, down, down and to the turnoff to Jala. It was one more hill from here and then I could see Ixtlan off to the right. 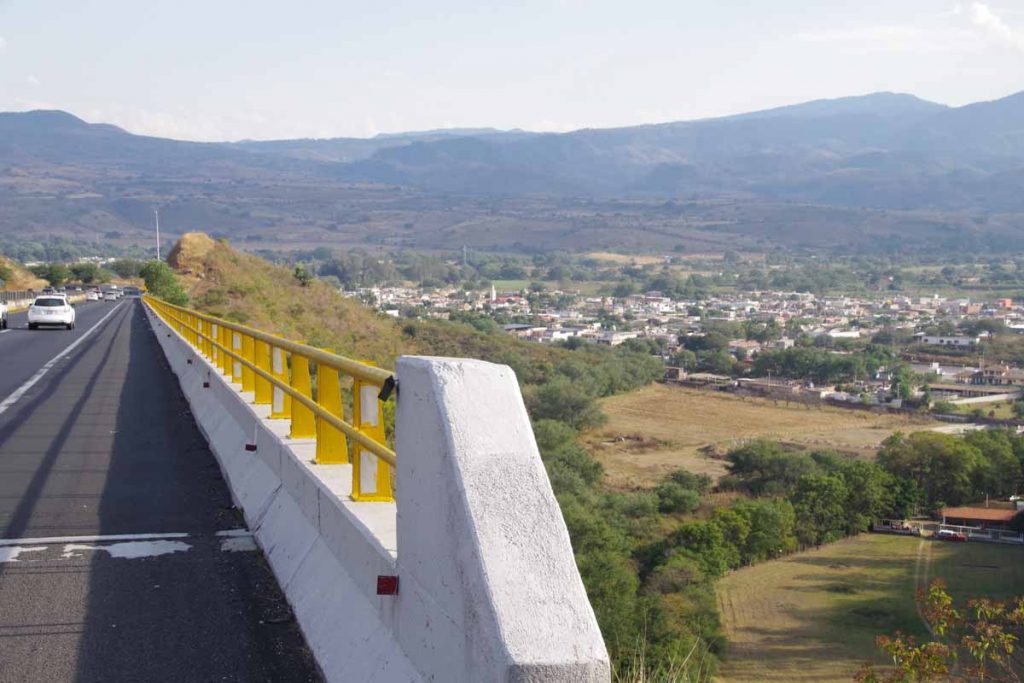 I found my way into middle of town and reasonable hotel. There weren’t too many places open. Not sure if it is the town or New Years Day. 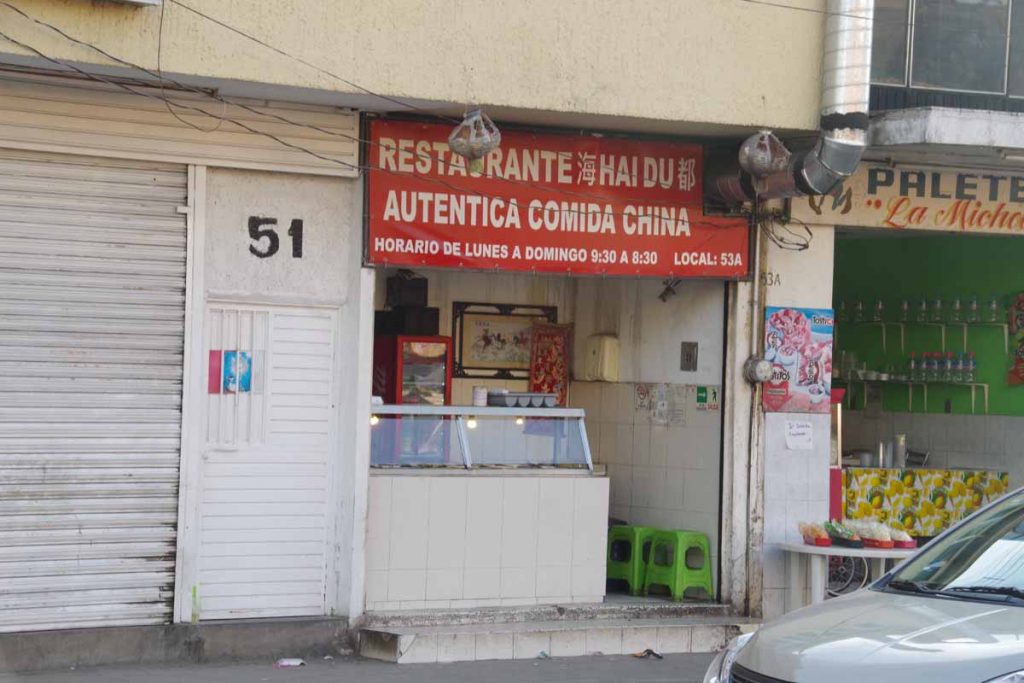 However, the stall selling Chinese food with an enthusiastic salesman was just right for dinner. Unfortunately, our combination of Chinese, Spanish and English wasn’t quite complete enough for me to figure out what brought him here to this small town in Mexico.