Out of Guadalajara and on the road again. 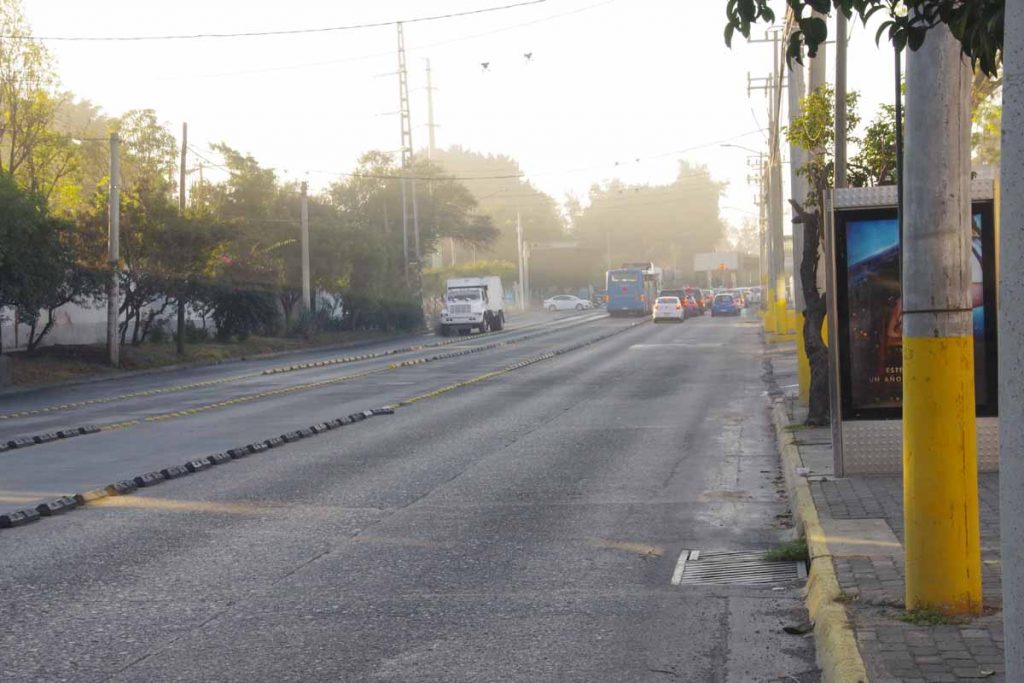 Cycling out of the big city was easier than riding into it. I was on the road by 7:30am and just before sunrise. There were lots of cars but I’m guessing I started before peak of rush hour. Riding into a city I’ll often have a definite “center” type destination. Riding out is different in that one has to be careful to make sure you go the right direction. I had one correction where I needed to check my phone but otherwise straightforward.

Several of the streets had reserved the center lanes for buses. I also saw cyclists riding these center lanes, but it wasn’t clear if this was expected. In any case, there wasn’t enough room for both a bicycle and bus in that lane. 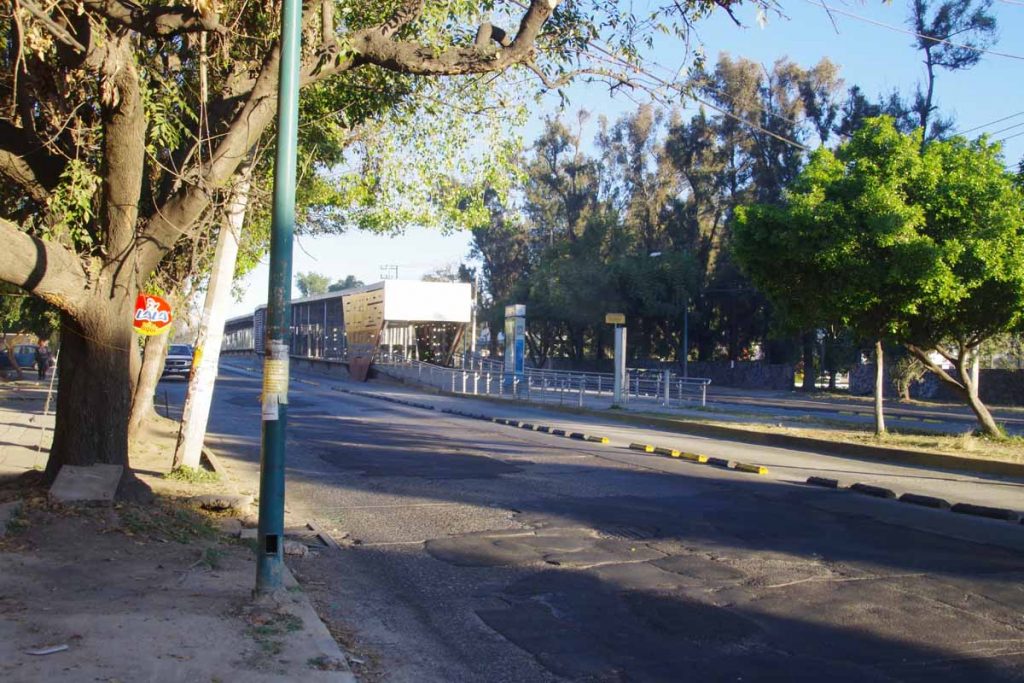 Photo above shows another example of bus lanes, but this time there is a bus stop in the middle where passengers wait and then board the buses. I tried the center lane once or twice, but then decided to mostly avoid them since there wasn’t a good place to ride when buses came past.

At 9km, I crossed some railroad tracks and followed a road that became smaller and smaller and eventually unpaved. Looked up my map and figured out where I needed to go. 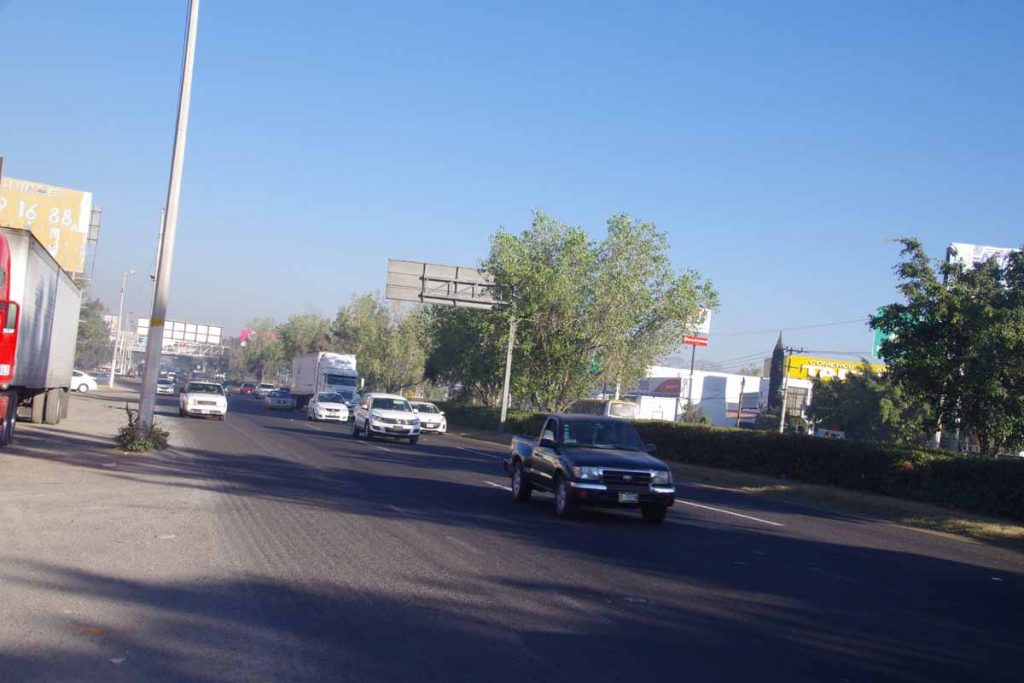 By 12km I was at the main road heading south out of town. This road was very busy. It wasn’t quite clear if there were three or four lanes since the rightmost “shoulder” also had vehicles driving in it. I paused briefly at an OXXO, partially for a bite to eat and partially to get ready for this busy road.

Fortunately, the road kept getting better as I cycled away from the center of the city. Eventually it did sort out to become three lanes with a shoulder. The number of vehicles diminished, particularly by the airport at 20km where it went down to two lanes. Hooray! After this point, the riding was pretty easy. 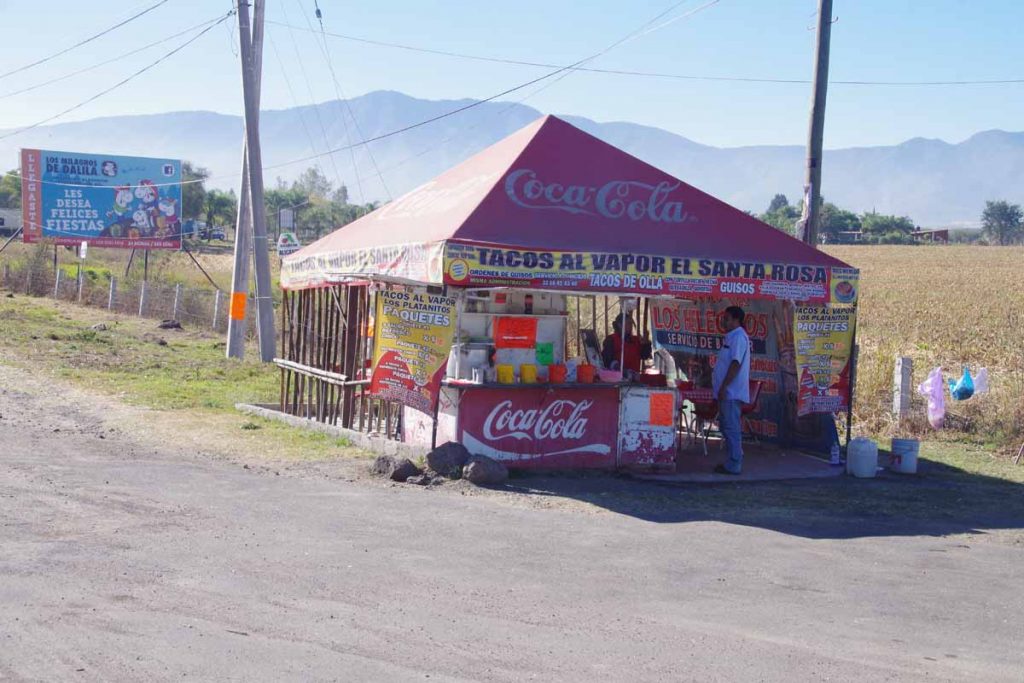 There still continued to be these types of food tents along the way up until close to 30km. My route took me south 33km first and then east for 51km, this time avoiding the toll road entirely. I think it ended up being a good choice. 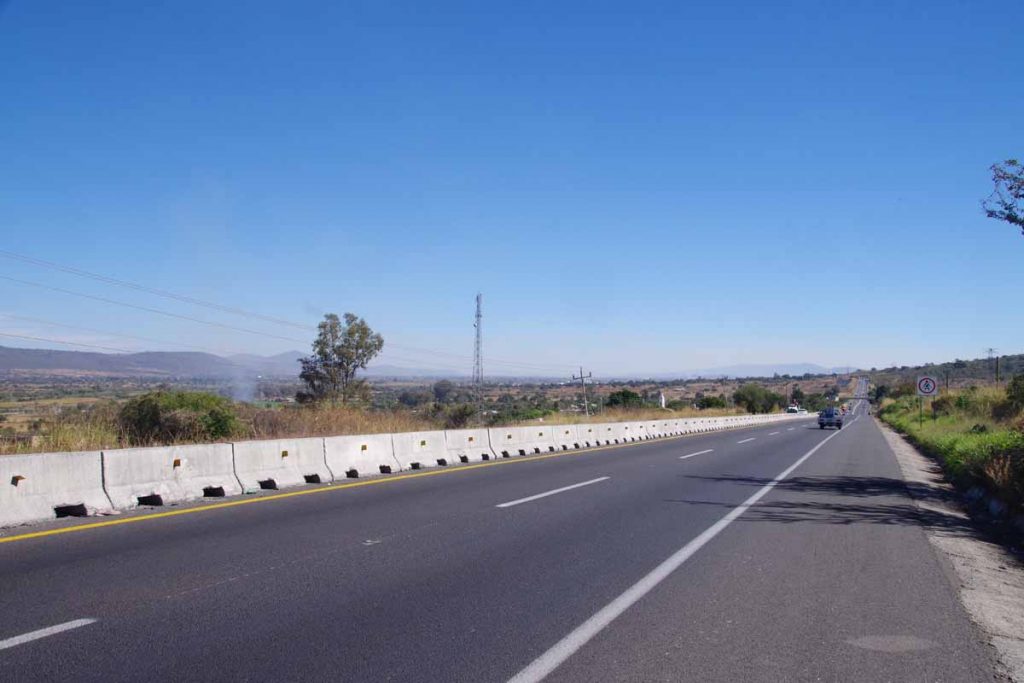 At 33km, the road split and I followed highway 35. It was two lanes with a good shoulder the entire rest of the way. 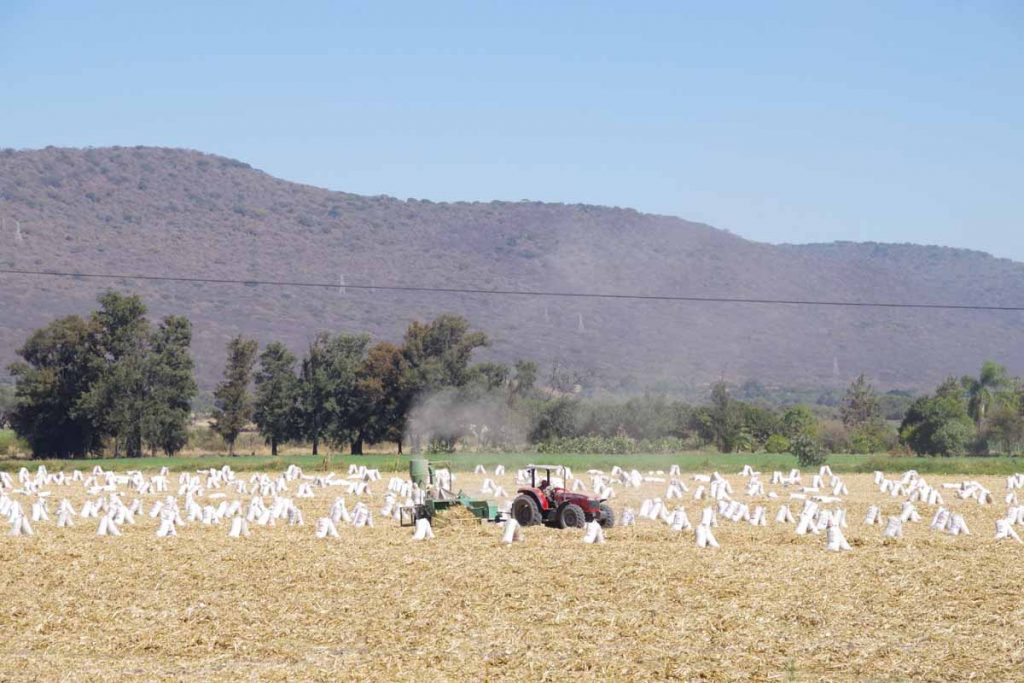 This was an agricultural region and here they were bagging stalks again. 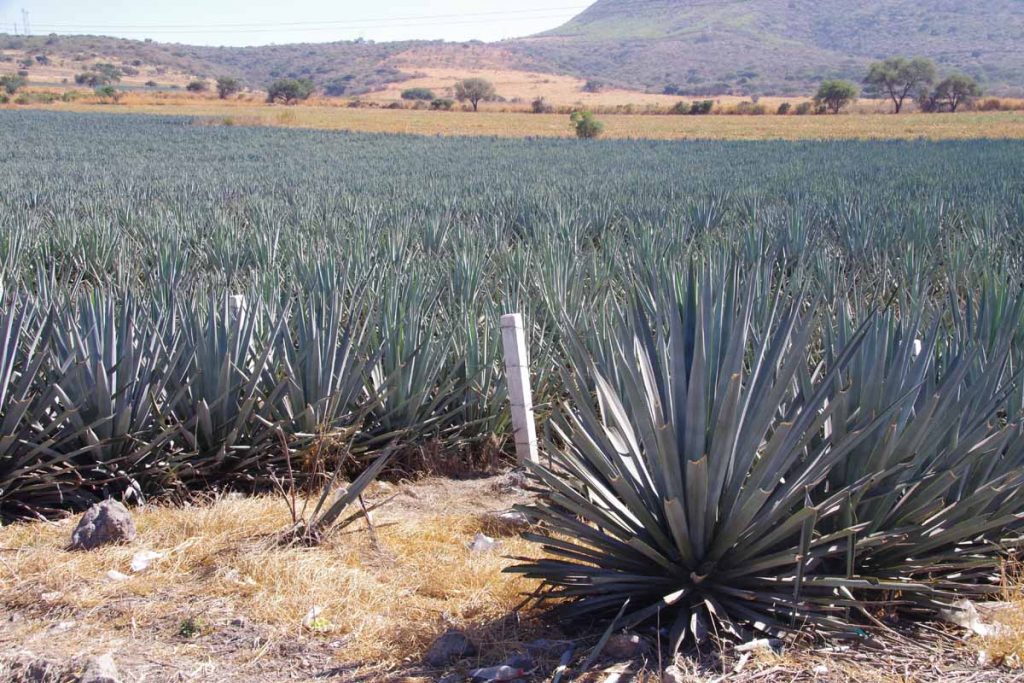 I think these are agave plants one of the ingredients of tequila. 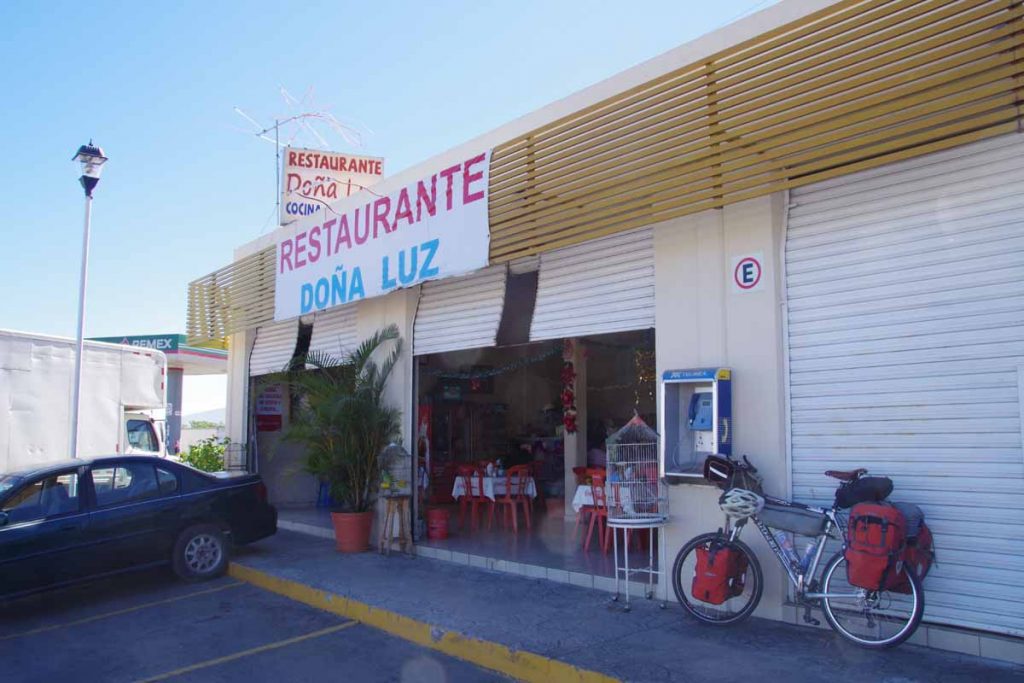 I stopped at a roadside restaurant for lunch. Good food, though I did need to point to things to get my order made. 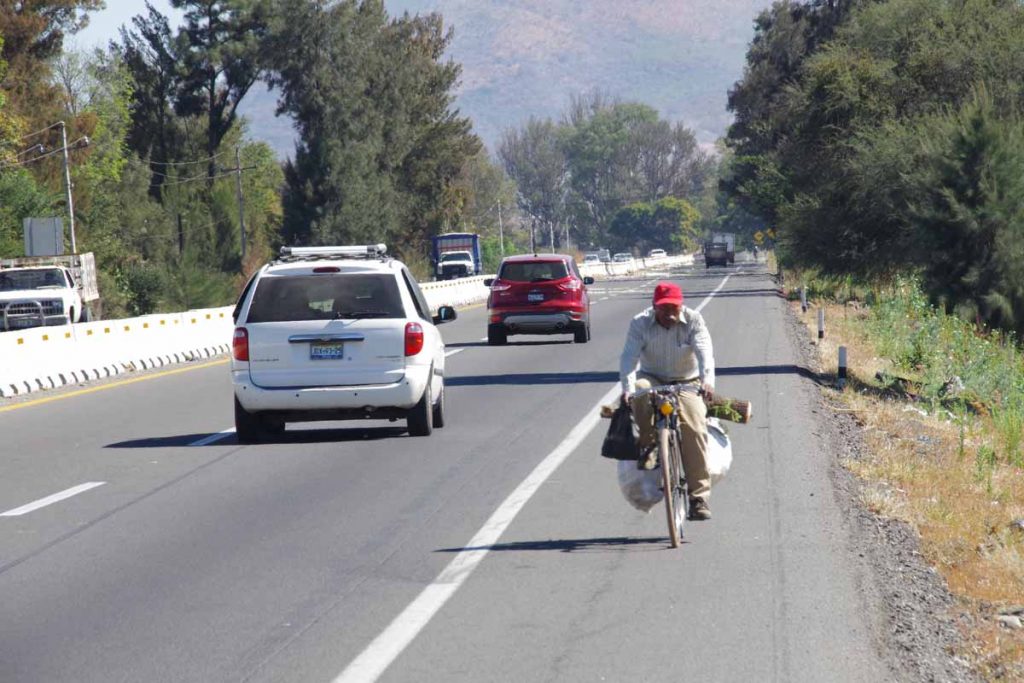 I saw a few bicycles on the road, including some like this local rider going the other direction. 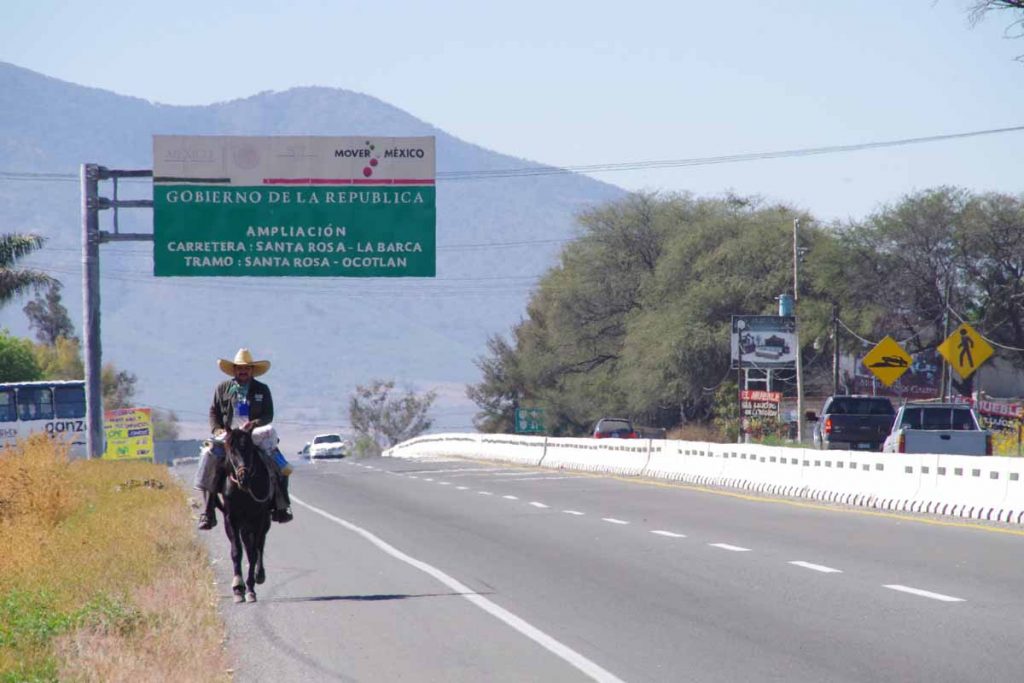 There was even a horse riding along the highway. Overall I did see more locals here than I had seen on the more isolated cuota toll roads. 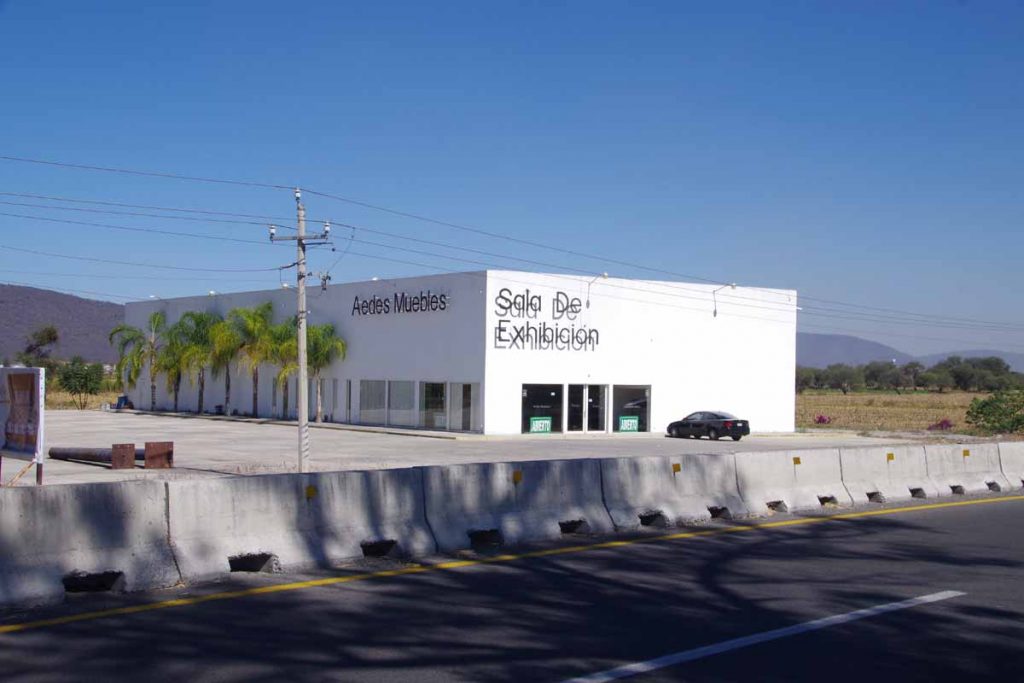 As I got closer to Ocotlan, I was surprised to see multiple furniture showrooms. 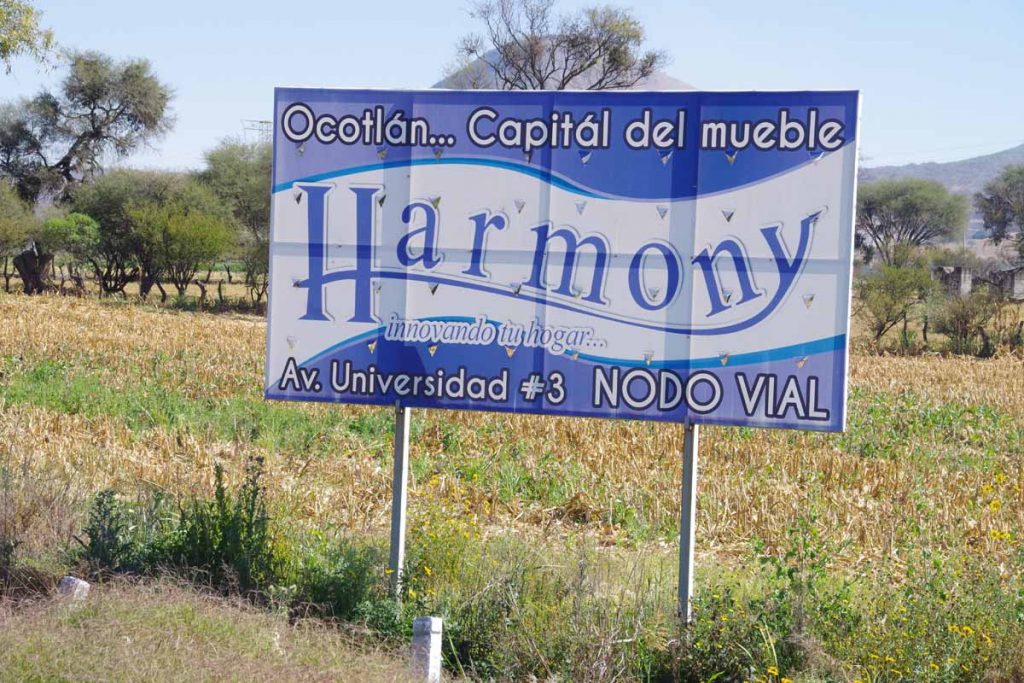 Apparently, Ocotlan is a “furniture capital”. 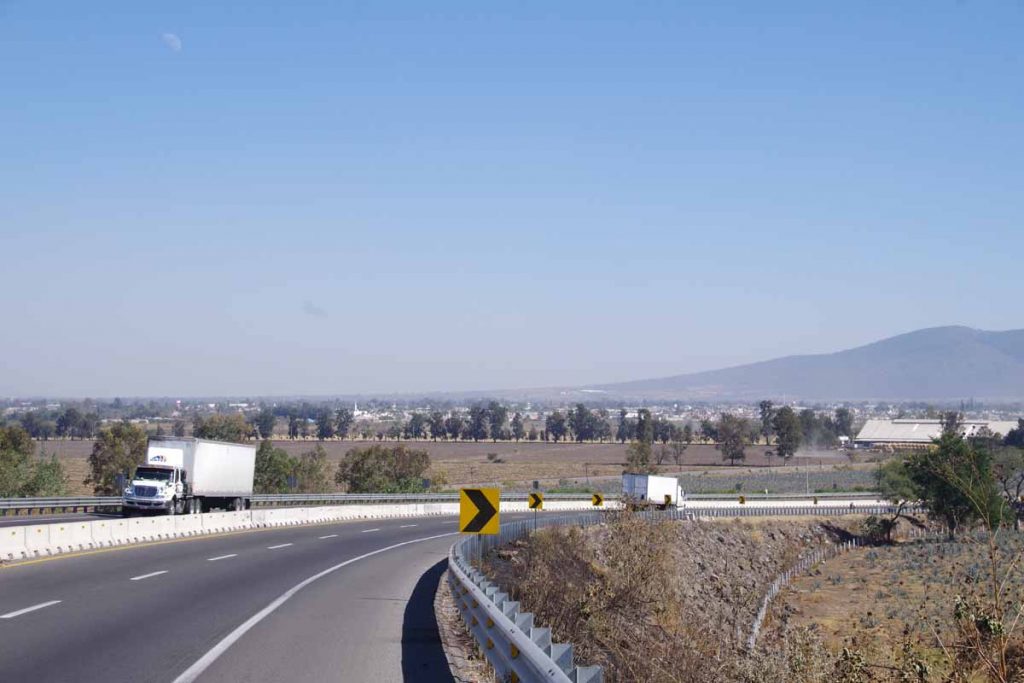 As I rounded a bend at 80km, the town came into view ahead. Overall a nice ride and not too difficult day as it was fairly flat. I’m expecting some more hills tomorrow and following days.