Made it to Oaxaca! Nice ride mostly on smooth cuota roads, still more downhill than uphill. Plan is to spend a week in Oaxaca including Spanish class next week. 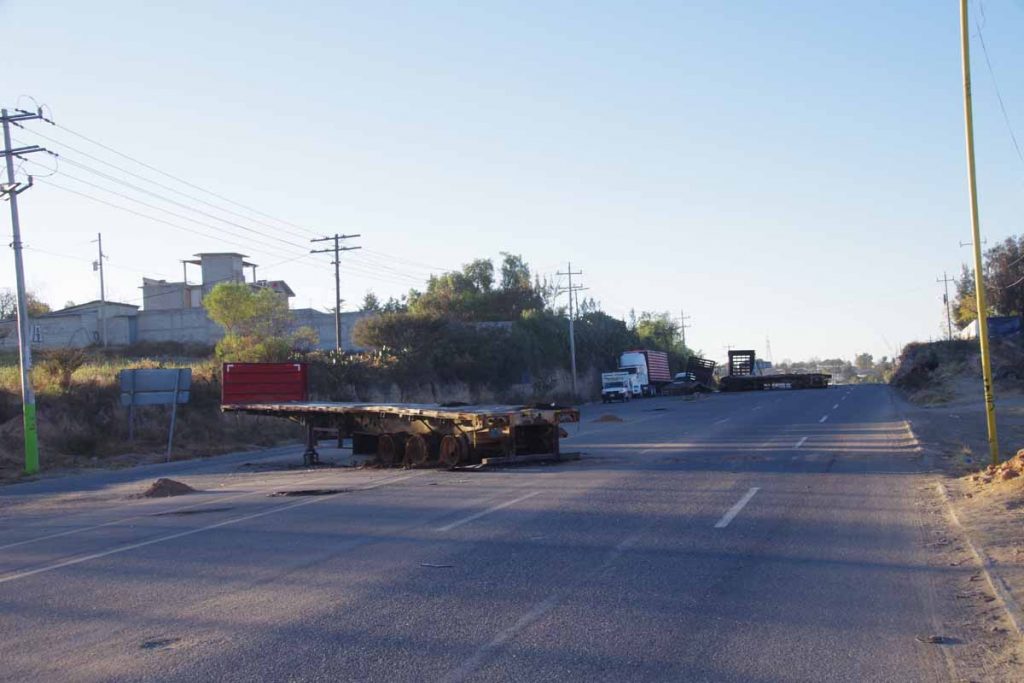 As I left Nochixtlan, I was surprised to see several hulks of burnt and abandoned trucks in middle of the road with traffic driving around them. 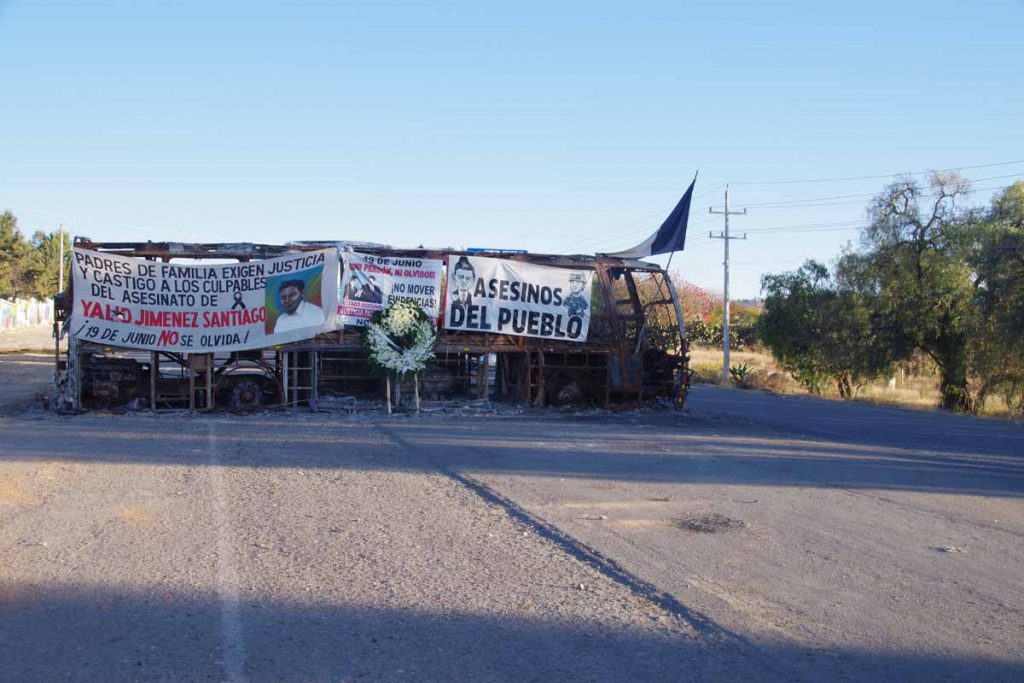 A sign on the charred remains of a bus gave a clue. As I understand from Internet reports like this one and this one: in June 2016, a group of protesting teachers had erected these roadblocks in a dispute with the Federal Government over education reform. Exactly what happened next is not 100% clear, but Federal police efforts to clear roadblocks resulted in 8 deaths and almost 200 injured.

The bus and trucks are still there in middle of the road, though now traffic rides around it. 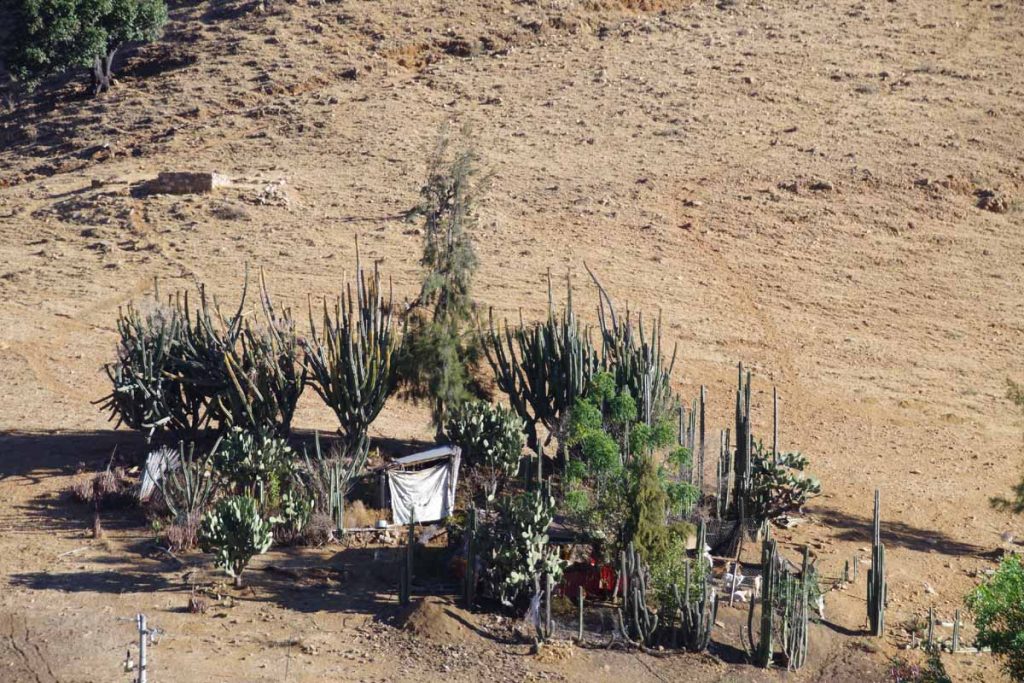 At 2.2km, I was back on the cuota toll road with a nice smooth shoulder and one lane each way. Started out with a hill or two and then almost 10km of descent before the most hills between 14km and 40km. There was an occasional house like this one but otherwise rugged country. 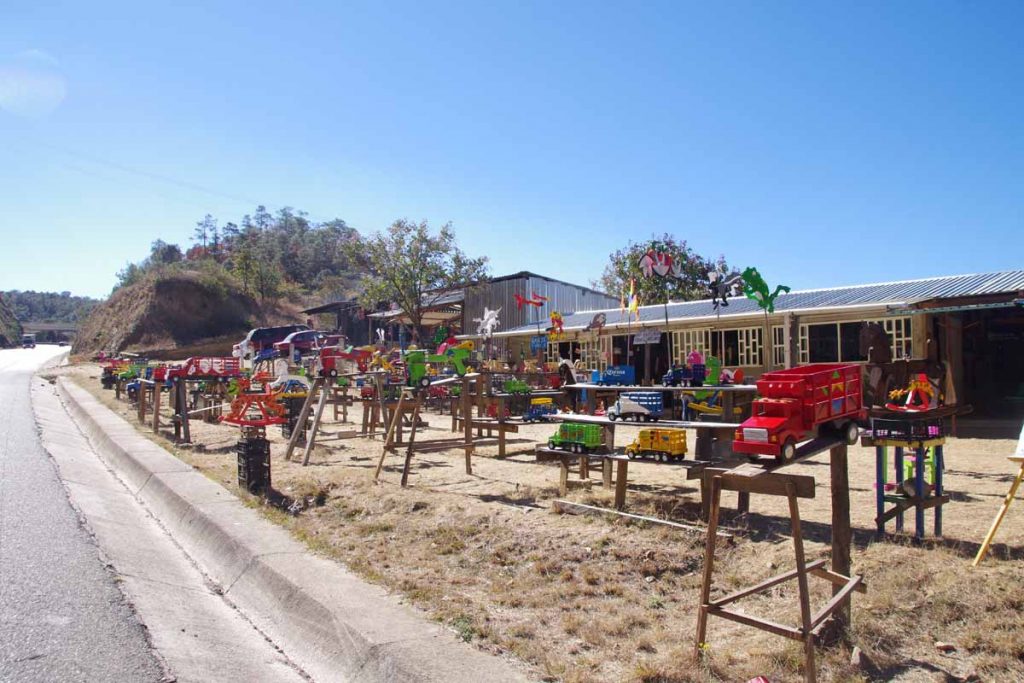 As I was climbing a hill at 34km, I saw all these toy trucks out for sale. Not much further was a loncheria and chance for a late breakfast. 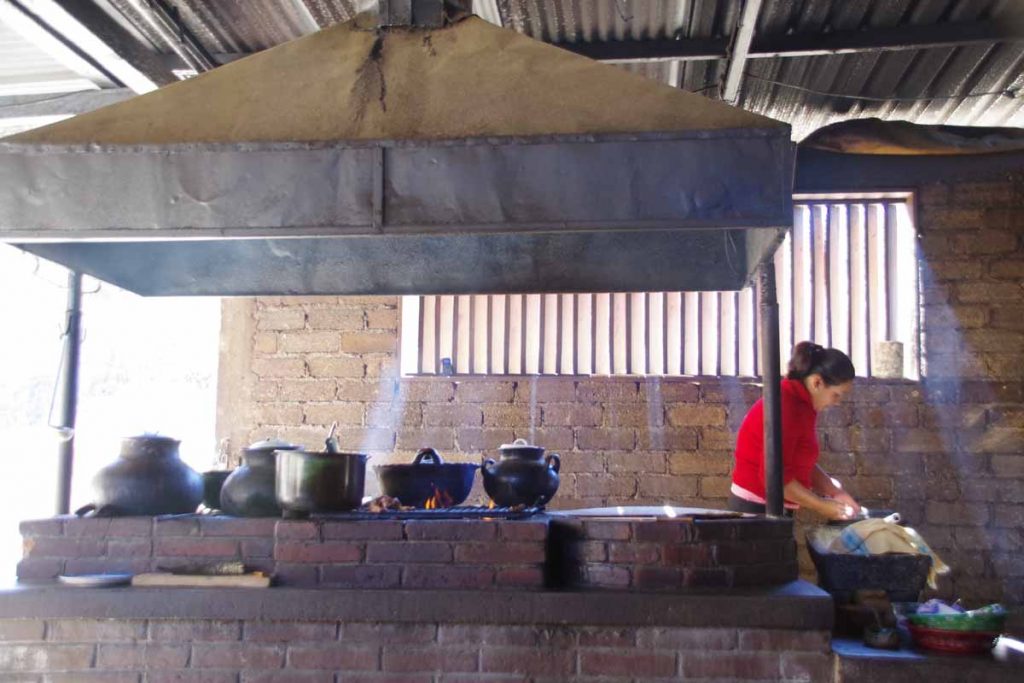 Cooking tortillas with toppings over an open fire. The cooks were having fun figuring out our Spanish and English respectively. Many of the basic words we both seemed to know in both languages, though they knew words for “chicken” but not for “egg”. 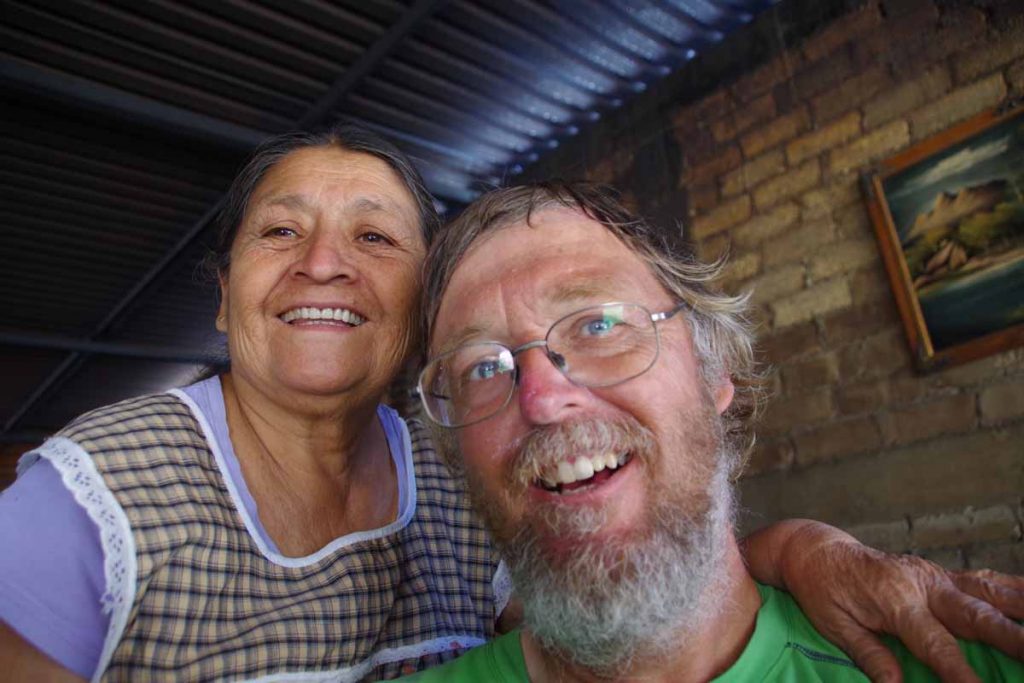 A selfie with one of the cooks.

After this another 10km of mostly hilly terrain to reach a toll booth and small store. 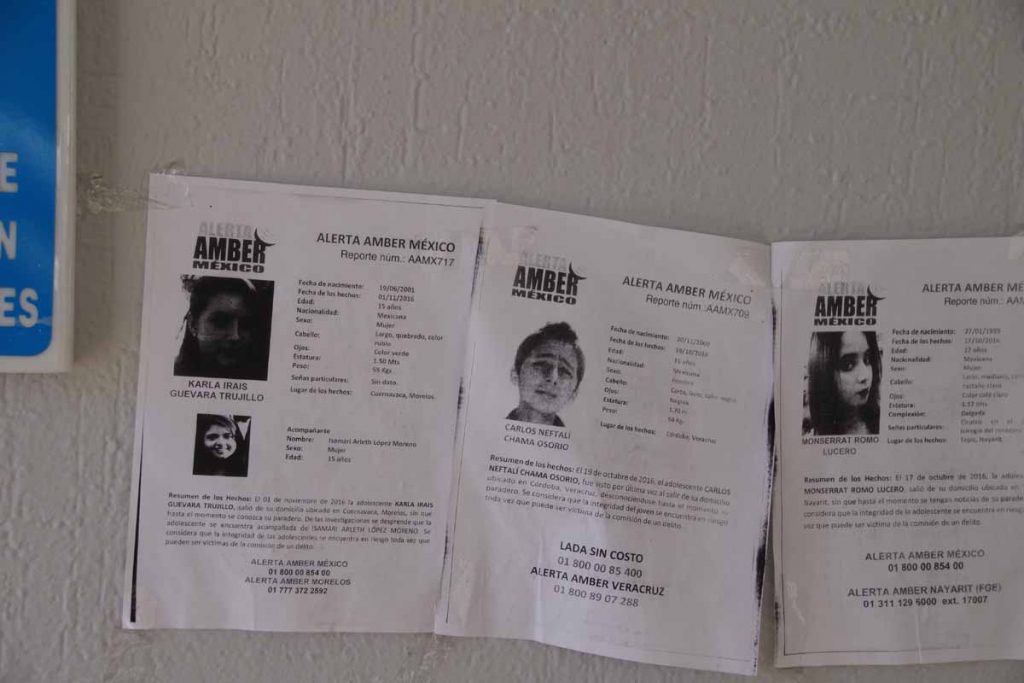 I thought it was interesting that Mexico also has Amber Alerts given the program has an English acronym and was named after a US abductee. 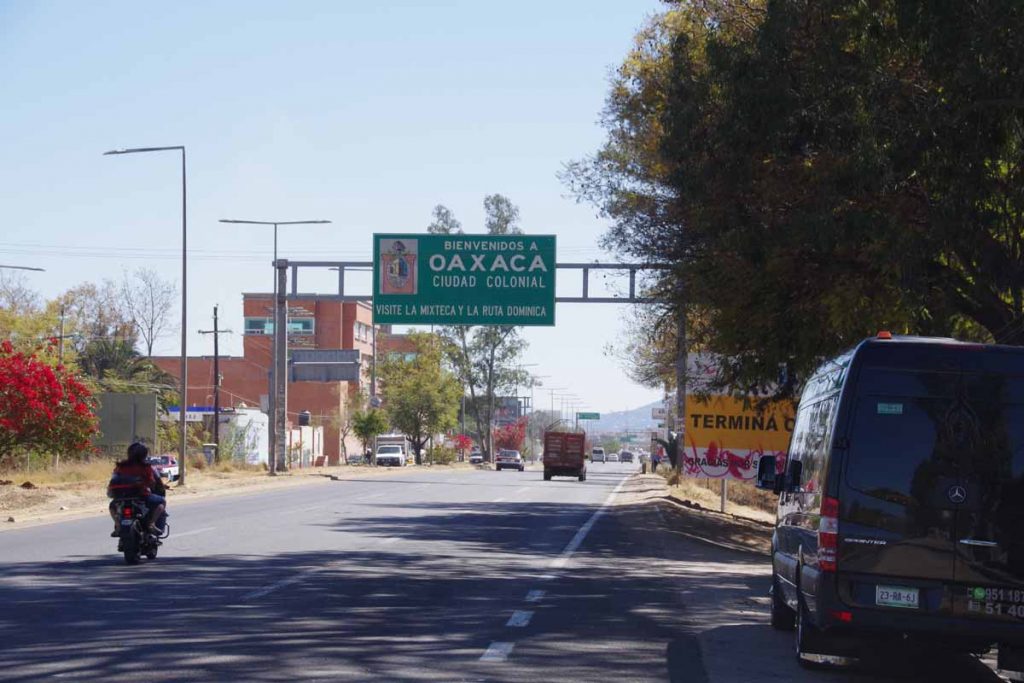 After this the hills diminished, the road became busier until end of the cuota at 67km. Here was entrance sign to Oaxaca city, though it would be another 10km to the center. 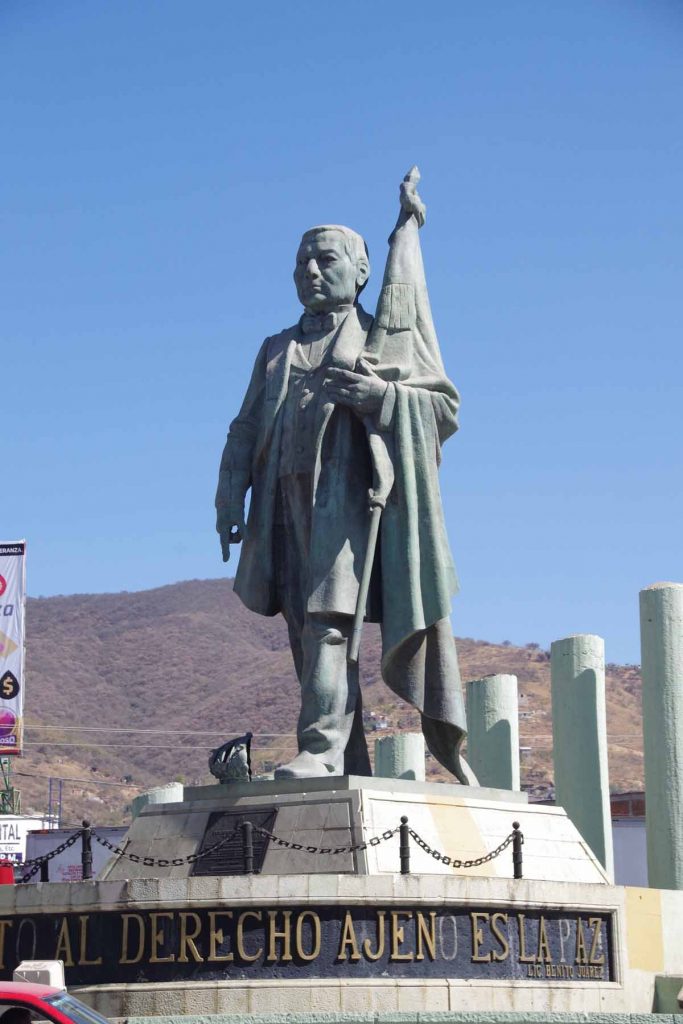 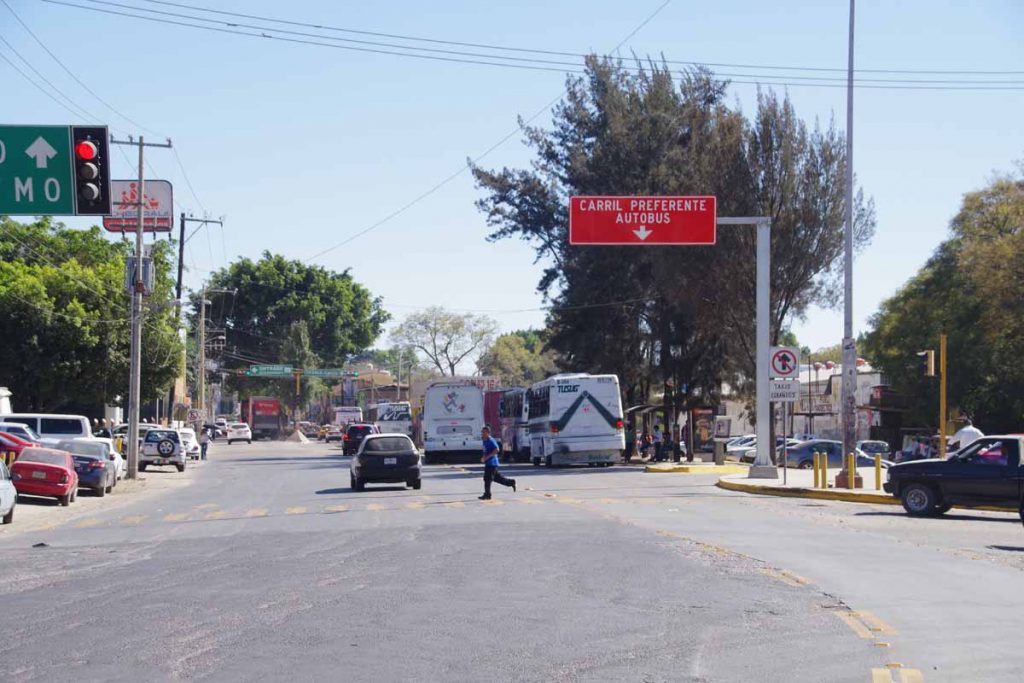 Each Mexican city has been a bit different to ride. Oaxaca seems to have prioritized bus lanes on the right. This mostly works for bicycles, taxis and other vehicles to use this lane too. Occasionally I would wait for a parked taxi or bus but otherwise made my way into middle of the city. 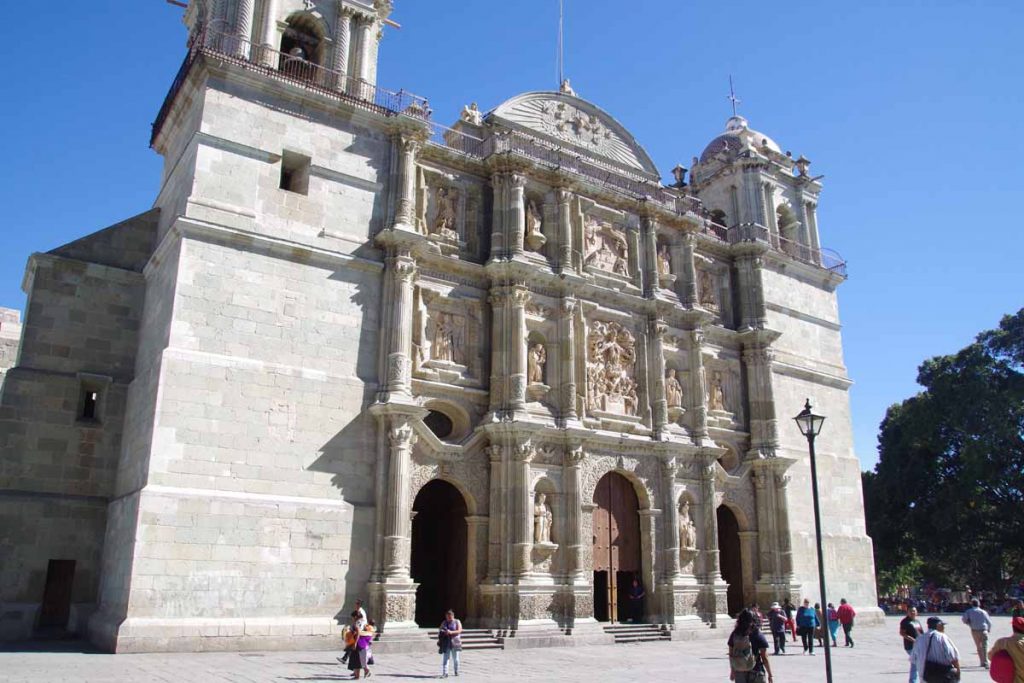 Reached the central church and nearby Zocalo Plaza and found a hotel I had booked. 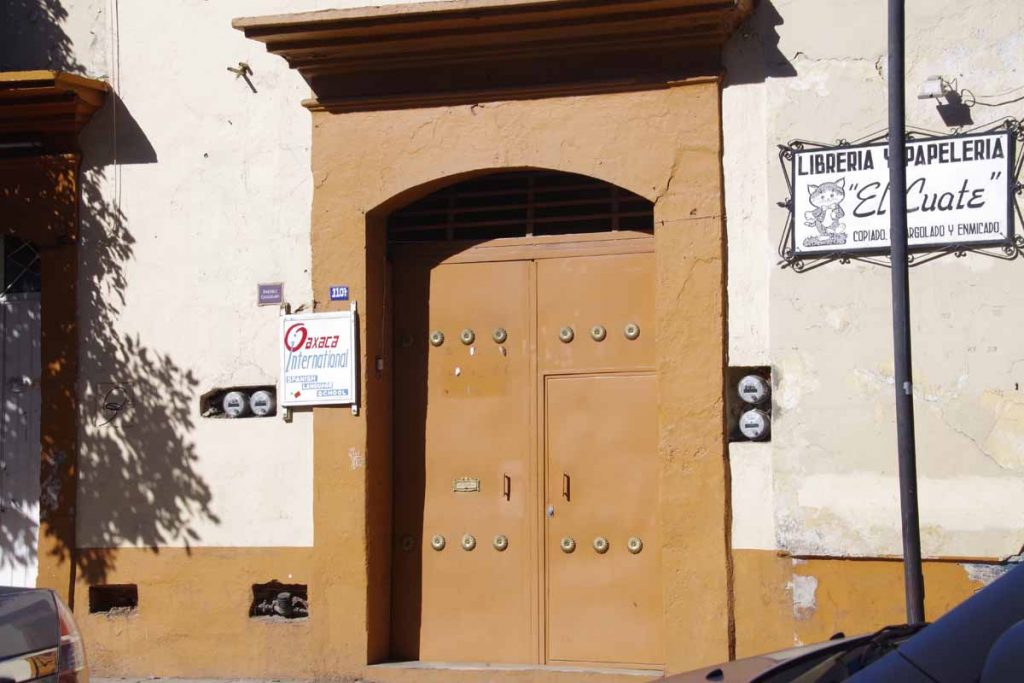 Walked over the the language school, though they were closed for the day. I had exchanged correspondence with school before submitting a registration. Registration had included a request for “homestay” accommodations but didn’t hear back. Hence, my plan is to show up Monday morning bright and early and stay in hotel next three nights. 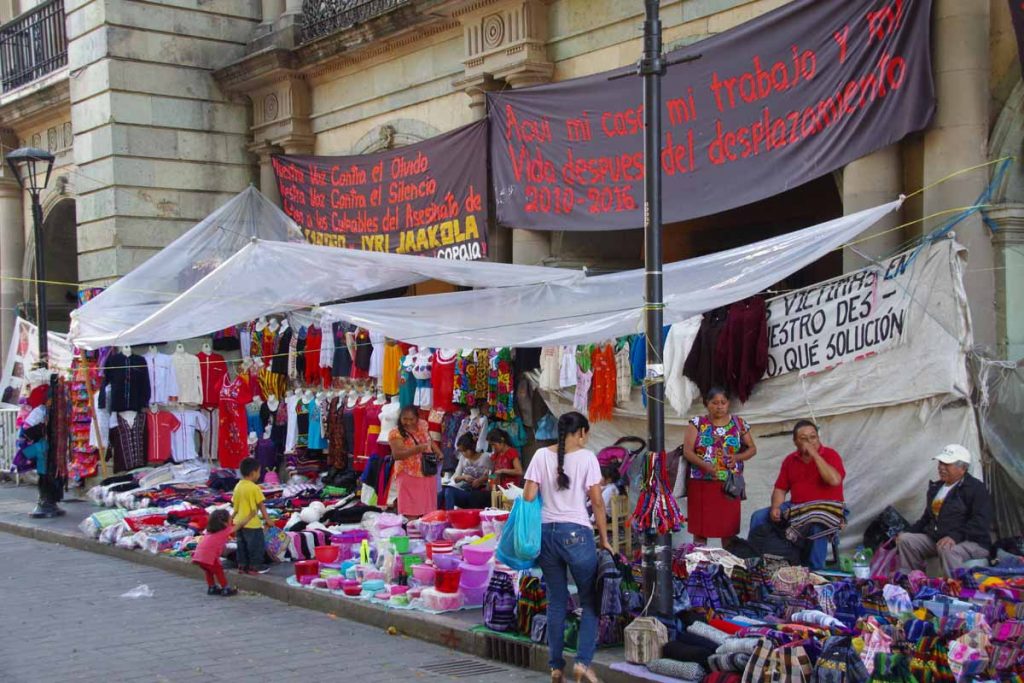 Middle of Oaxaca seems to have mix of some protest signs mixed with commercial activity.