Three days cycling brought us close to sea level and town of Tejuantepec. Along the way some very hilly terrain to climb up and over and a finish in warm temperatures in the mid 30s (high 80s/low 90s F).
Day One, San Jose Gracia 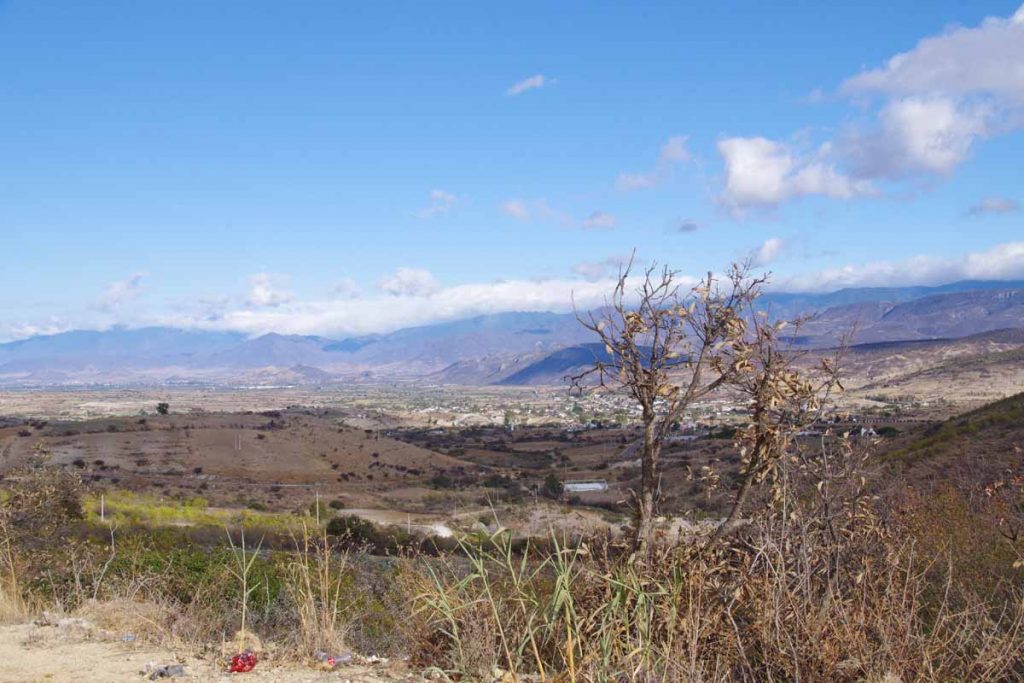 Our climbing started on first day just after leaving the hotel. Here is a view looking back from almost top of the hill. After this we had a long descent and started to see many more cacti and different plants. 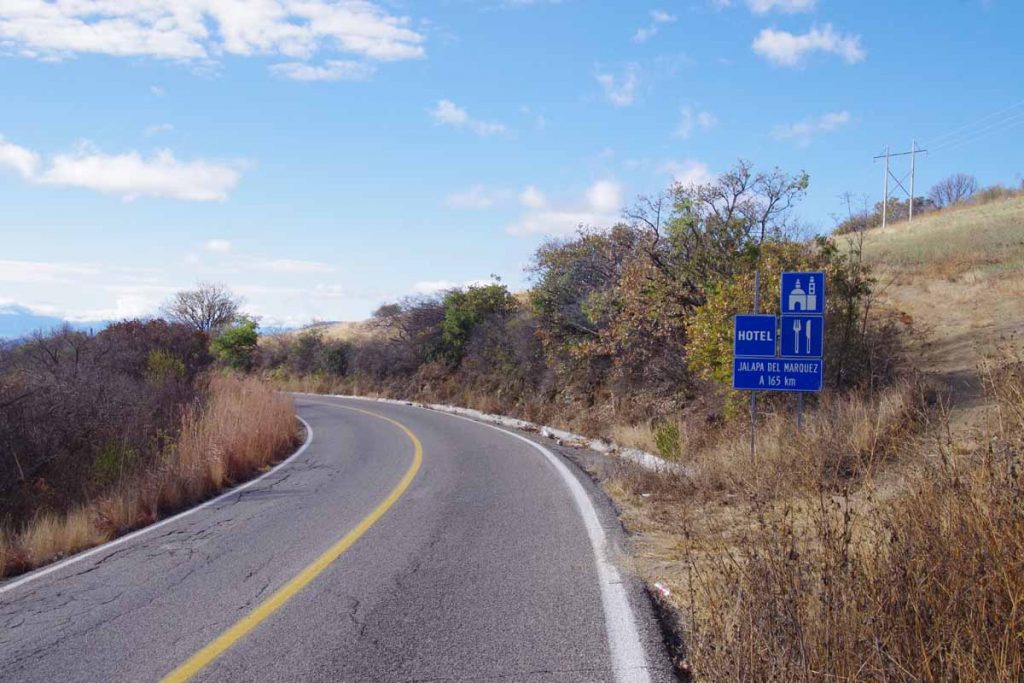 The next hotel was closer than 165km, but found it interesting to already find a notice out for one a long ways away. 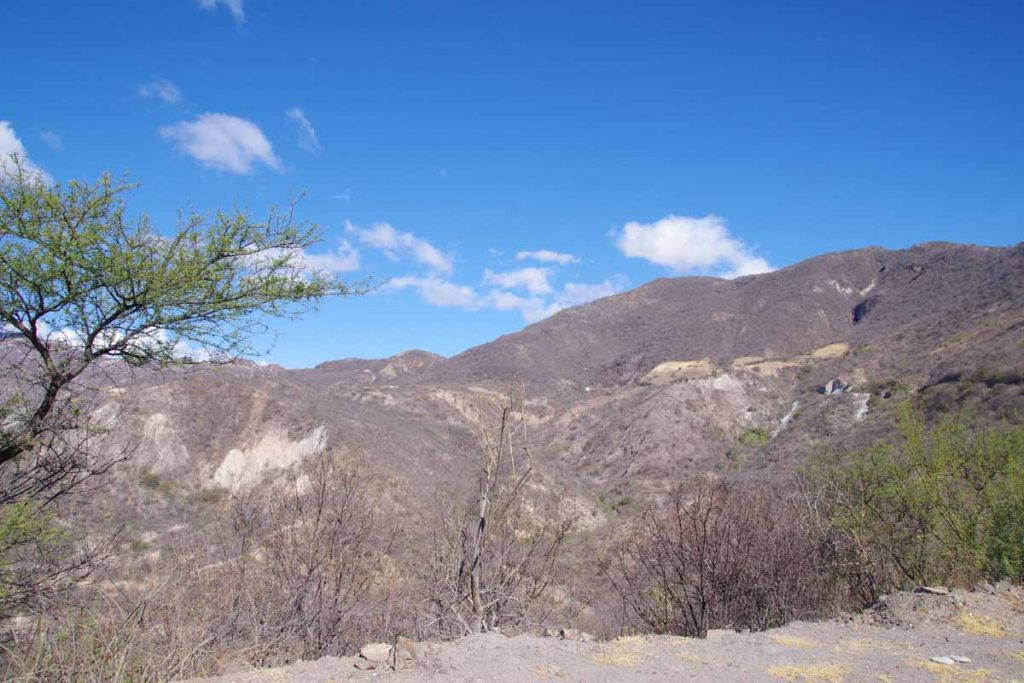 A photo from part way down the descent, looking back up to where we came from. Road surfaces were reasonable and grades were rarely more than 5-6% so those who like zooming down hills would like Oaxaca. 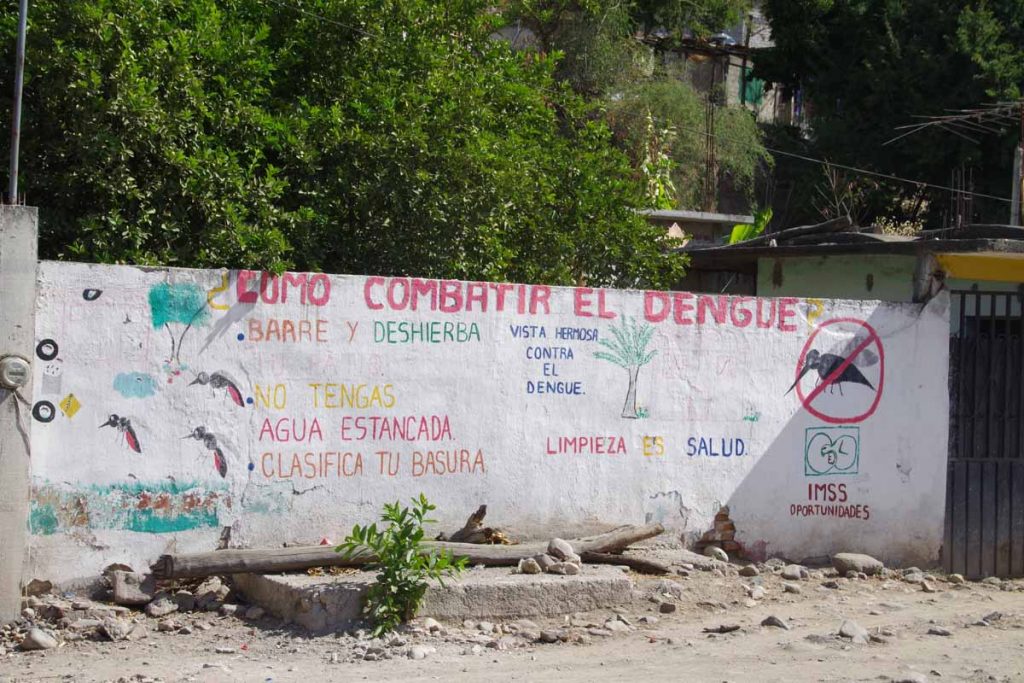 As we descend, mosquito-borne diseases are more of an issue. Here was public notice about fighting dengue fever. 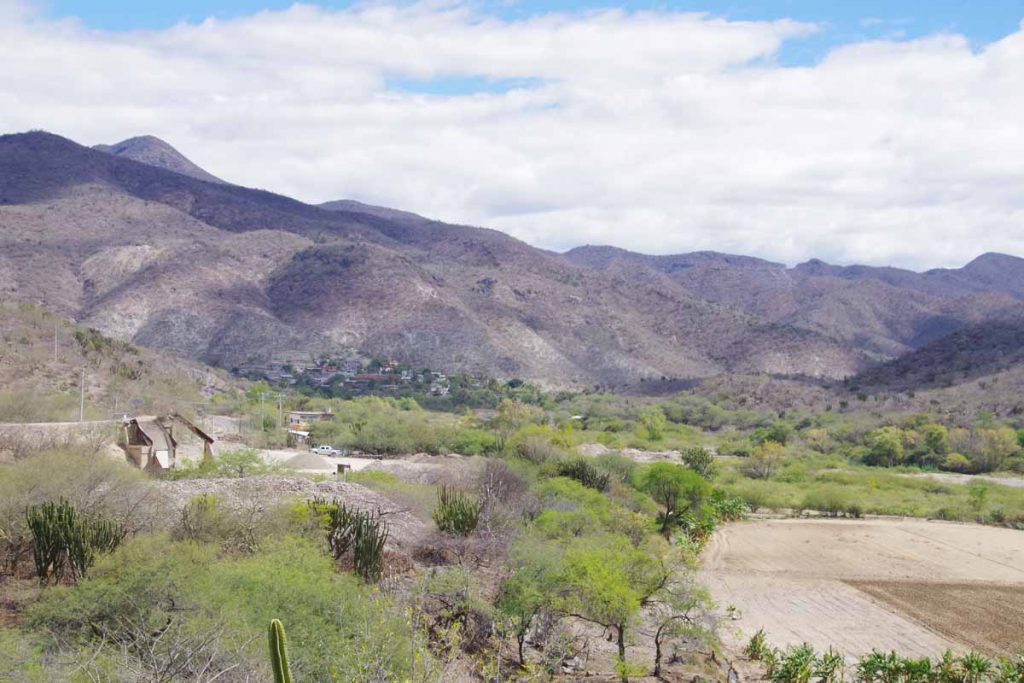 One of several villages we cycled past and through. Overall an arid region without much farming, though does have agave plants and a lot of mezcal factories. 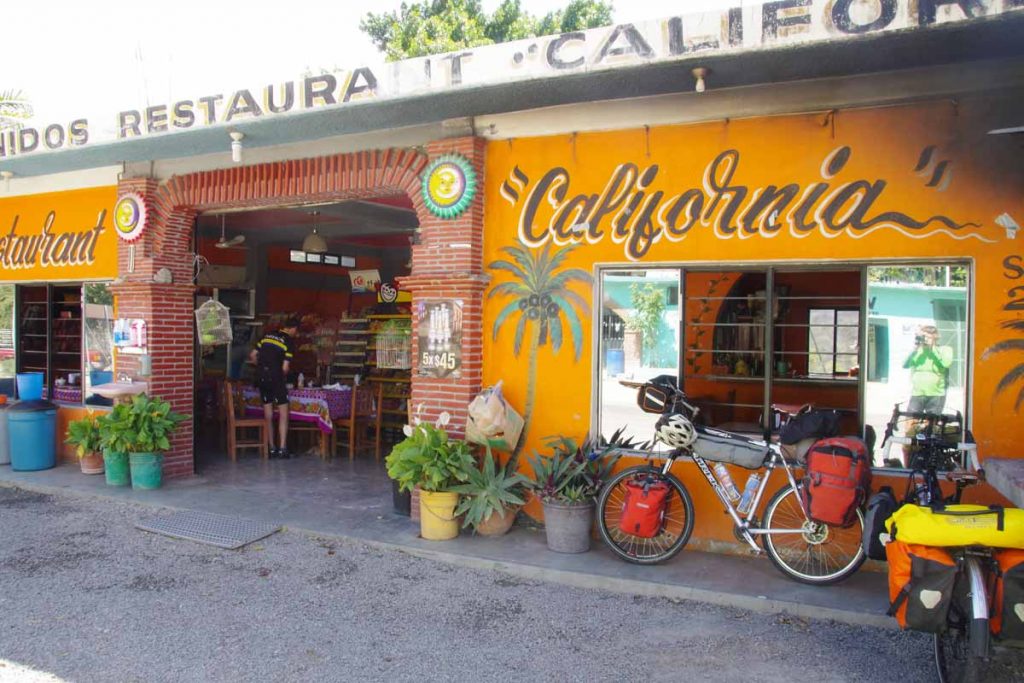 We had lunch at restaurant “California”. 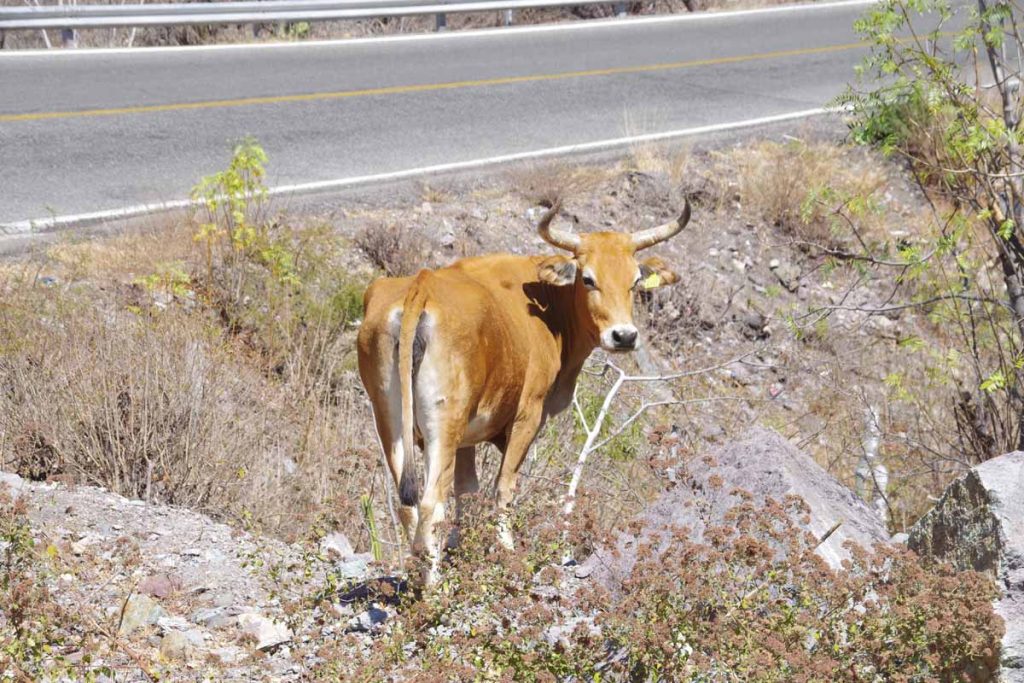 After lunch, a longer climb including this cow standing along the road. 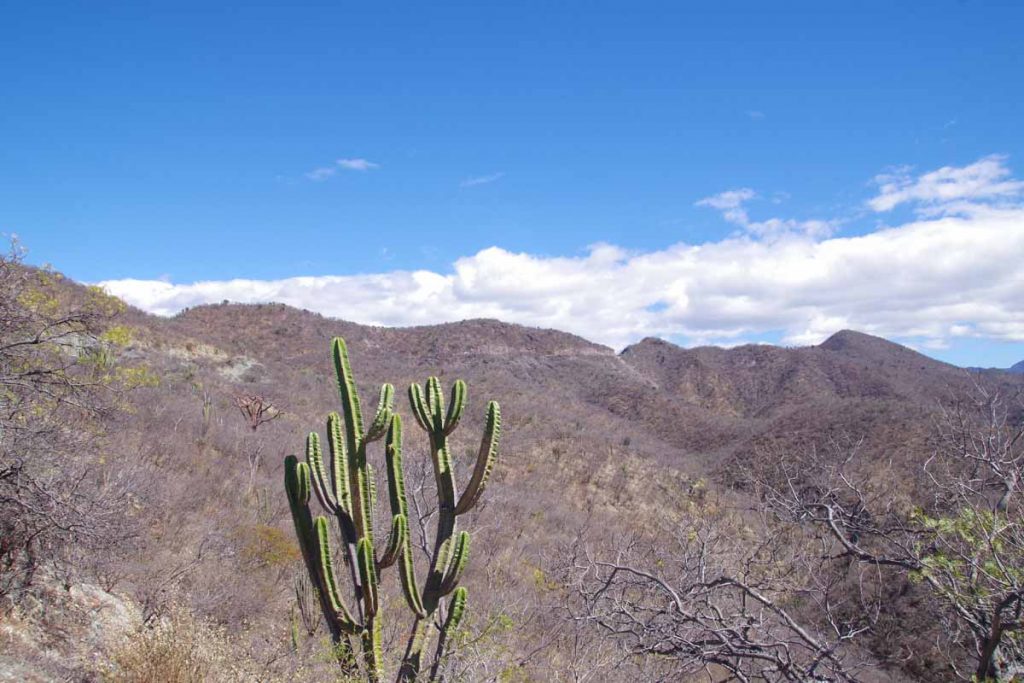 A view looking up at the climb with cactus in front. 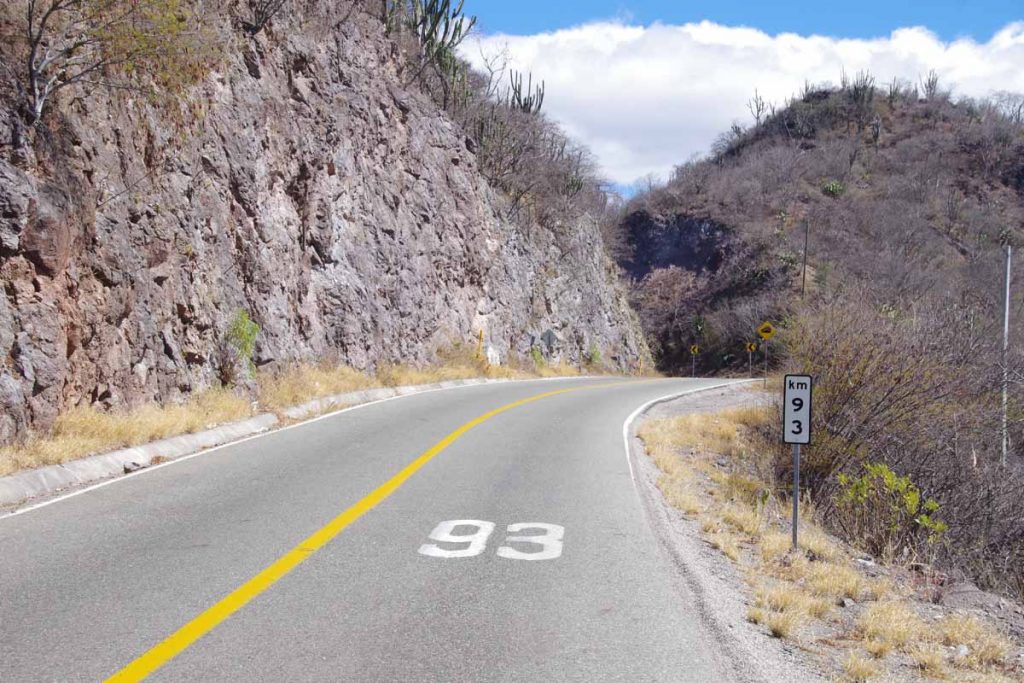 Hooray, made it to the top! Now time for the descent! 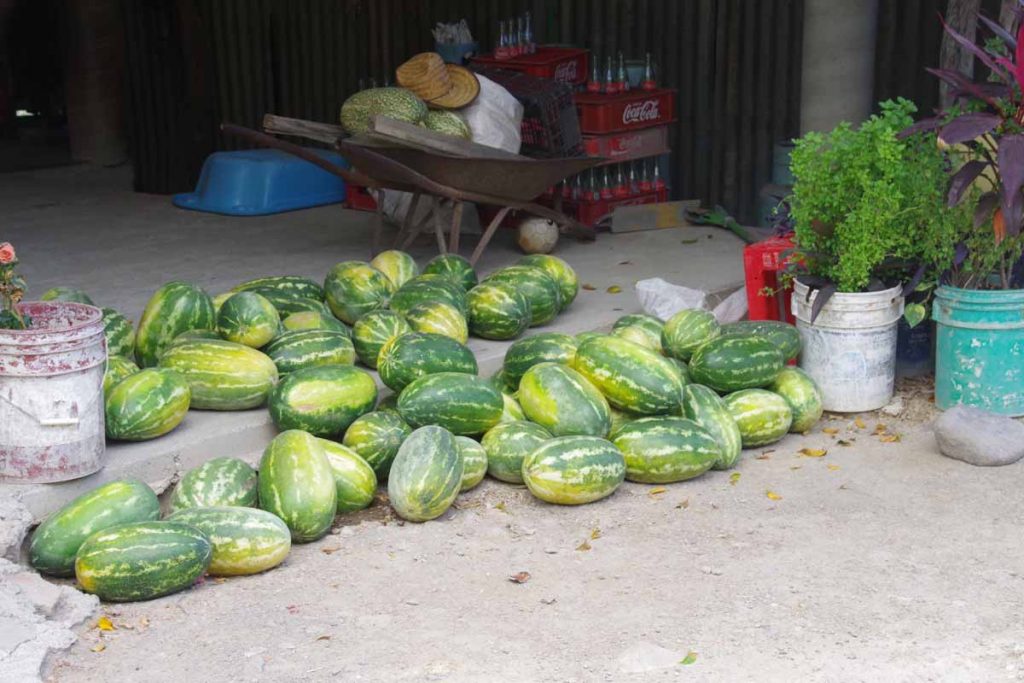 Watermelon is one of the crops grown here. 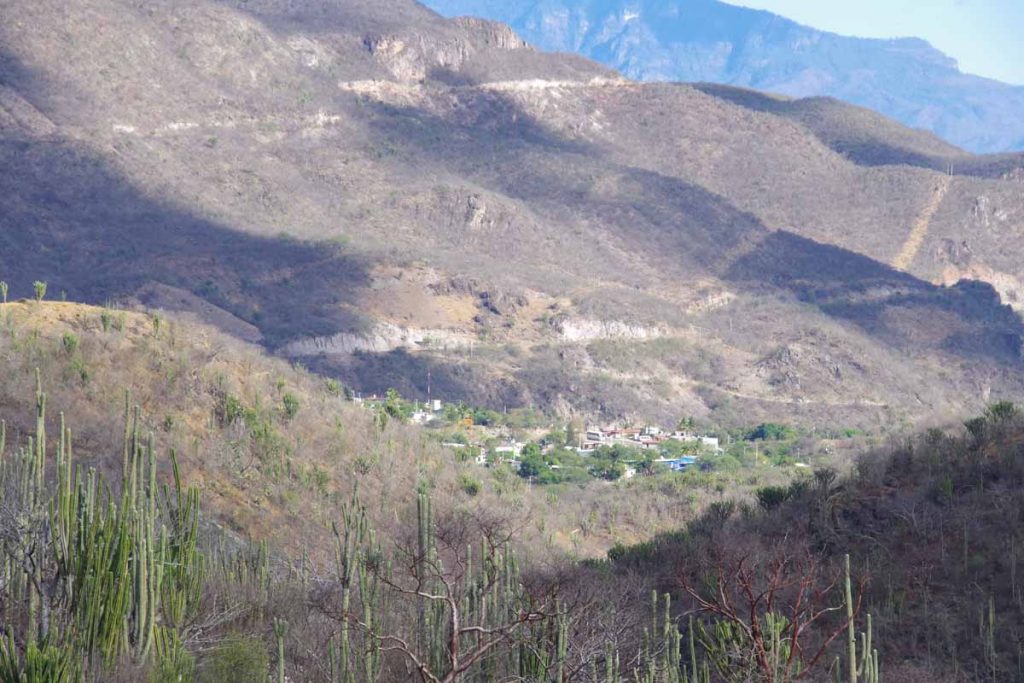 At last we spot the village we plan on staying. 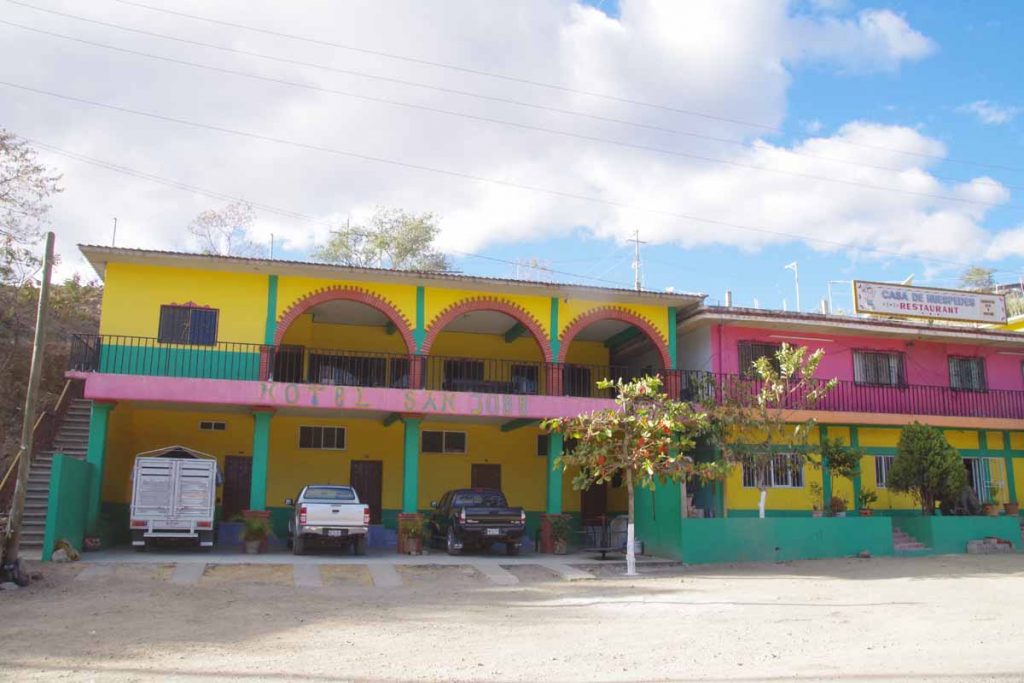 Found the hotel in town. Through the night we could hear trucks as well as see their flashing lights.
Day Two, La Reforma
A lot of climbing today through beautiful landscapes. 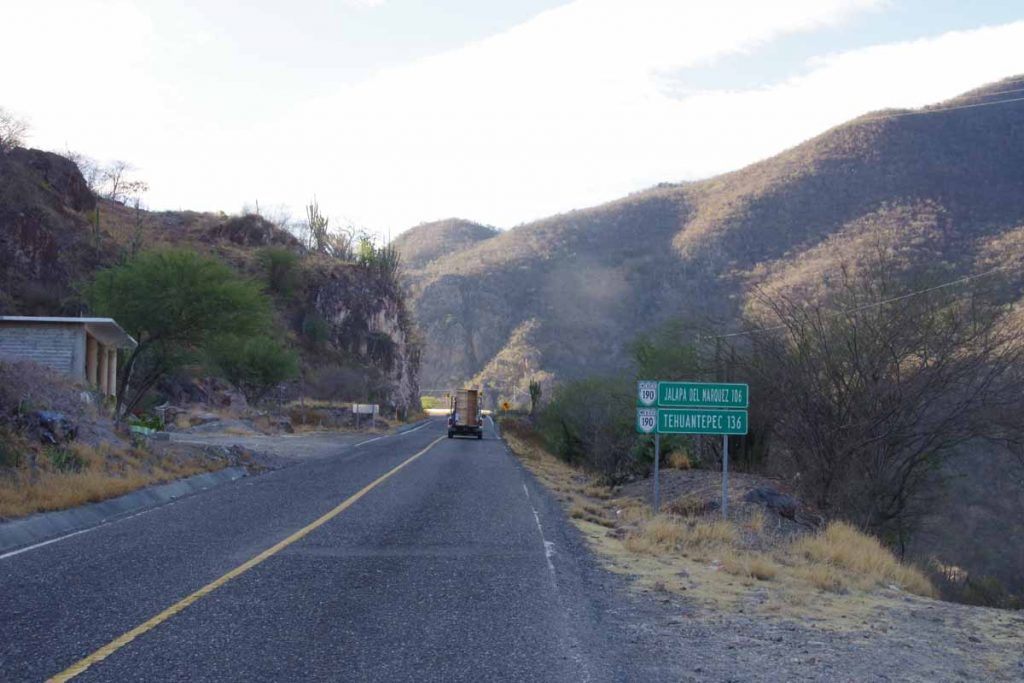 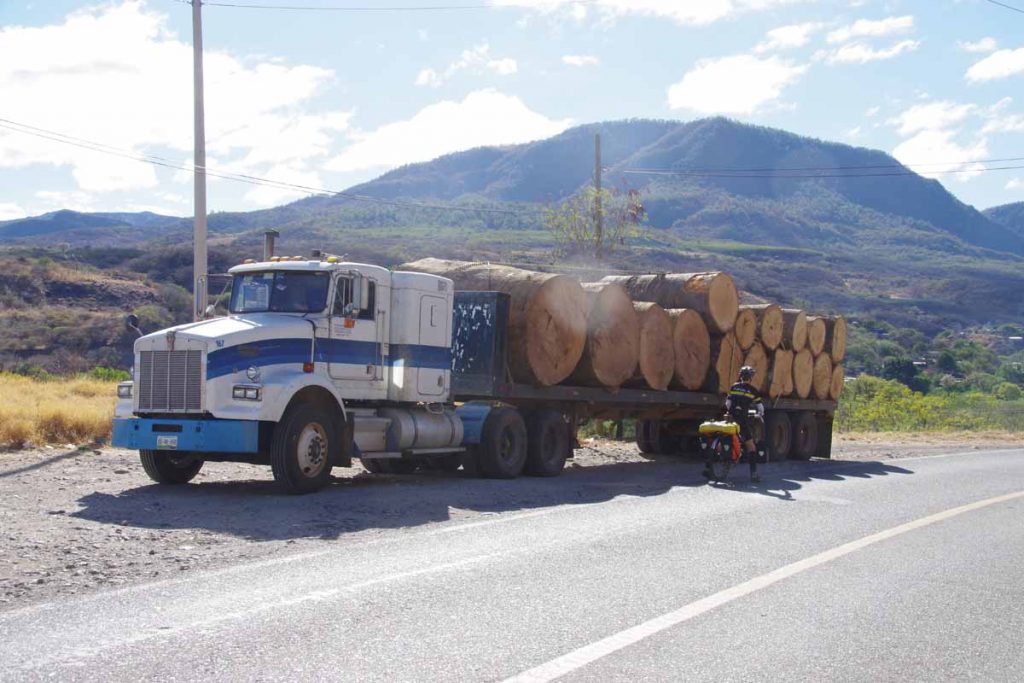 Some large trees were source of these logs. Larger than any trees we’ve seen along the way. 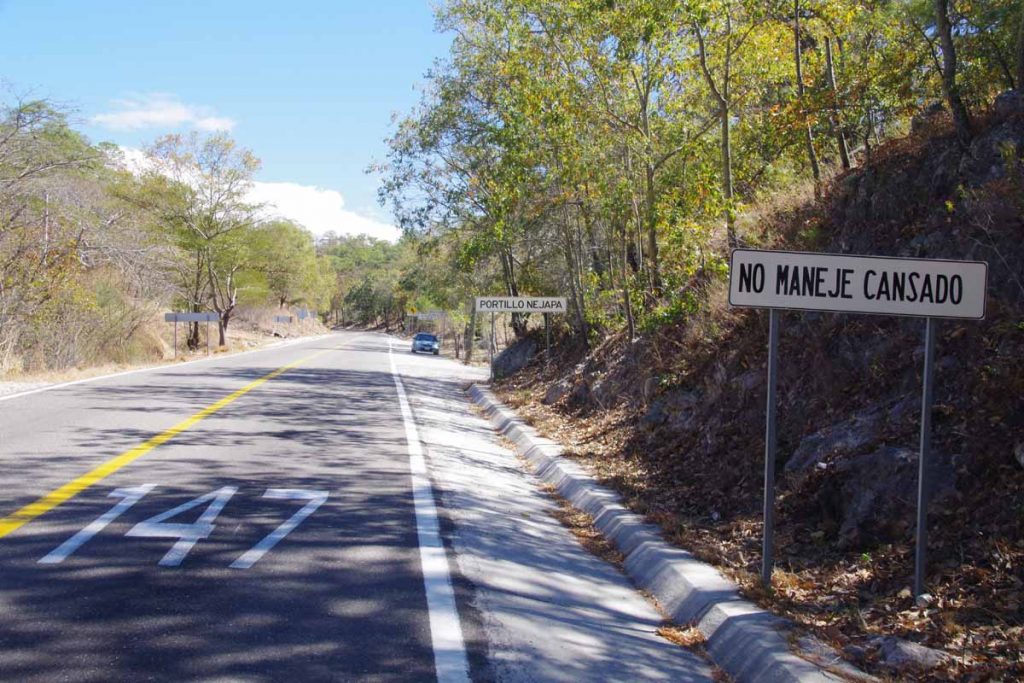 After El Camaron, there was a 15km climb of 600m (2000ft). Not too hot so time to put the bike in low gear and slowly climb the hill. One thing I find interesting is road signs like “don’t drive tired” and place locations like “portillo nejapa” use the same black+white colors and fonts. Often it is obvious from the description but occasionally need to question, is that the name of a village or a cautionary note. 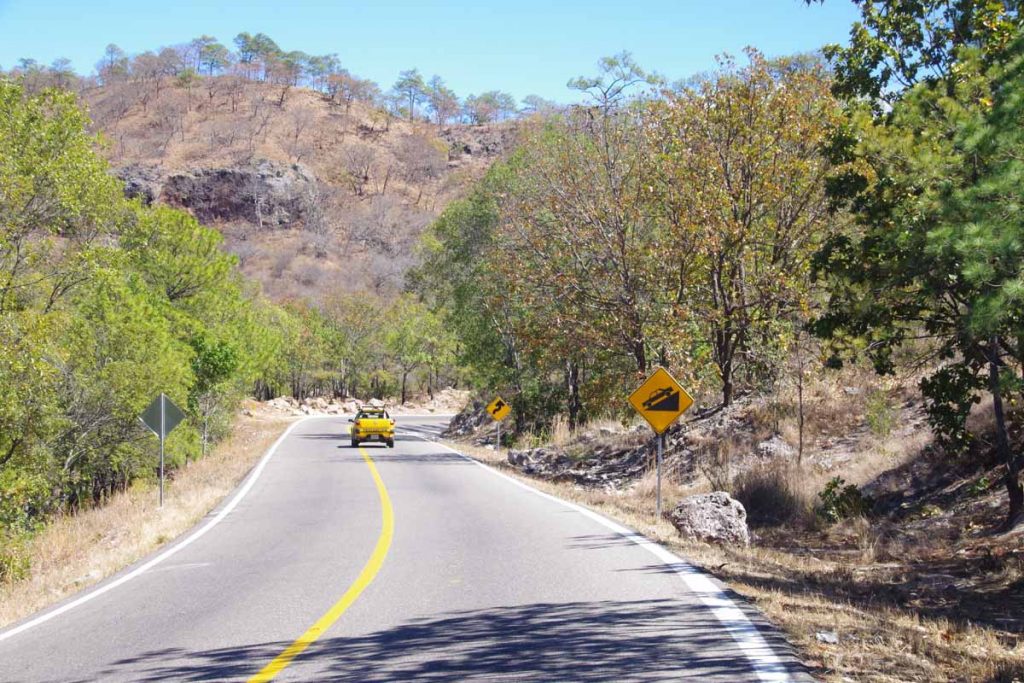 Hooray, our 15km climb was done and time for another descent. 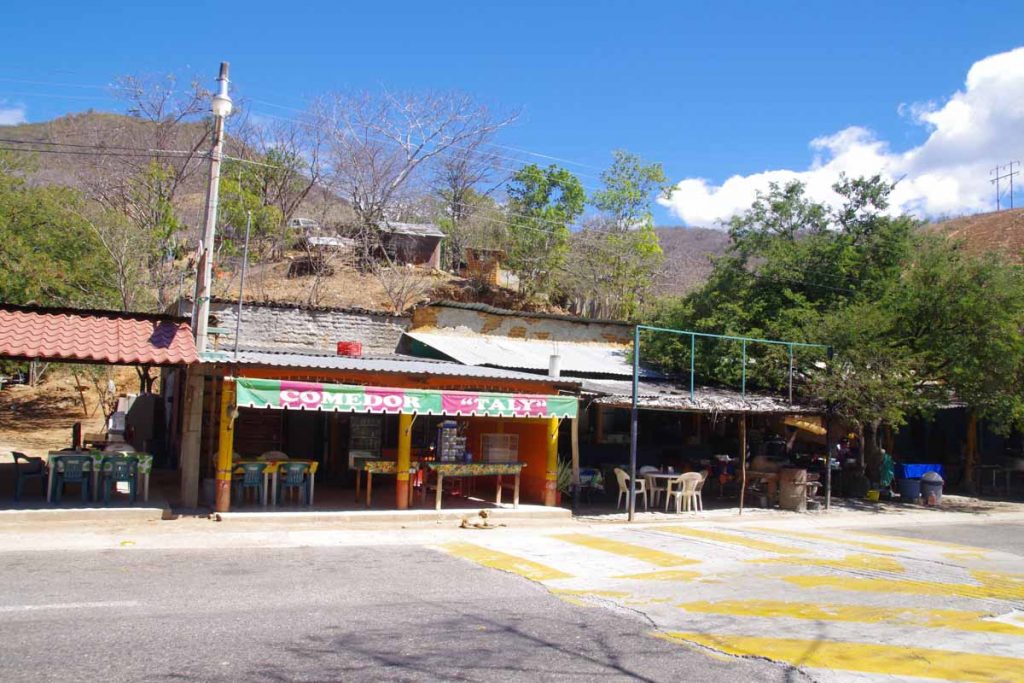 Another nice little place for lunch. Today it was quesadillas with meat and cheese. They flatten the tortillas from dough with a press and cook everything over a wood fire. 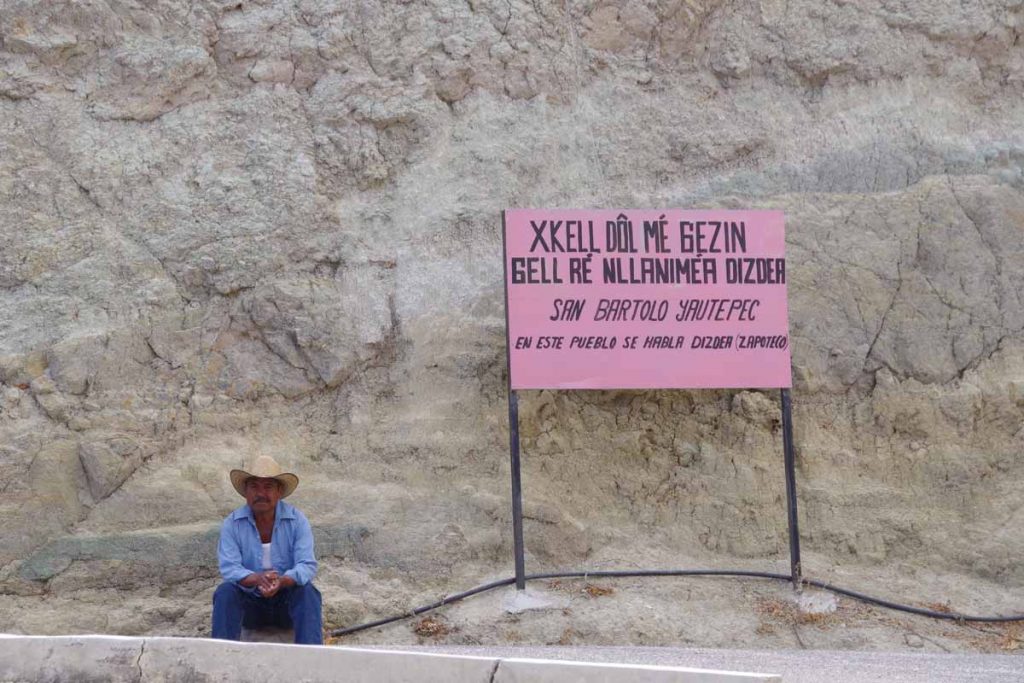 After another hill (over 1300m of climb today or 4000+ft), this sign told us folks in the town spoke a native dialect and not Spanish. 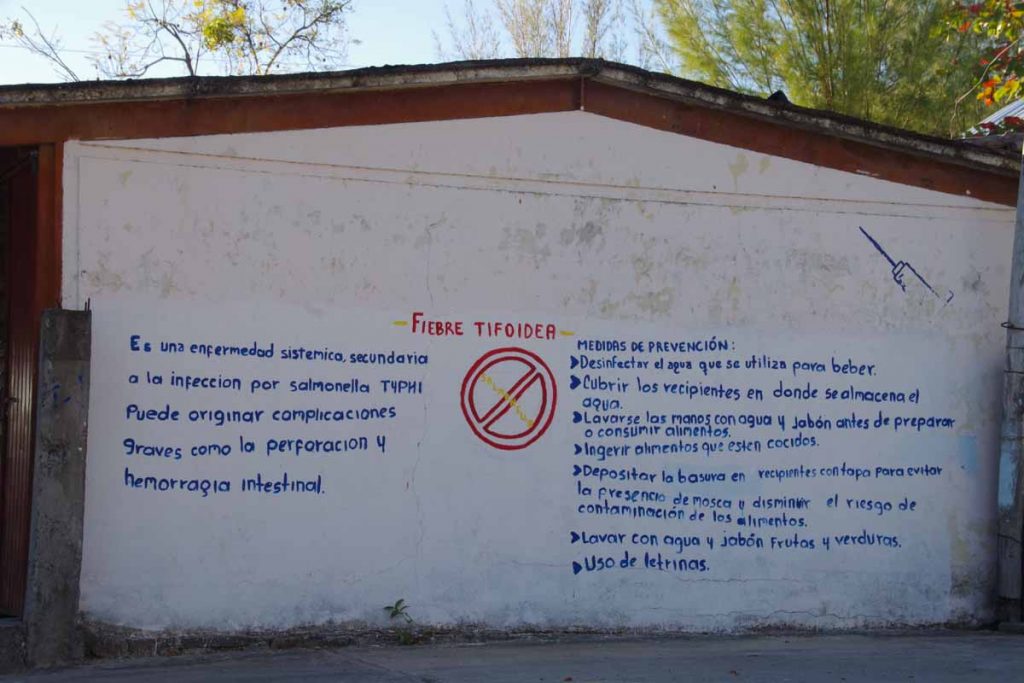 Our destination of El Reforma had a public health wall about typhoid. 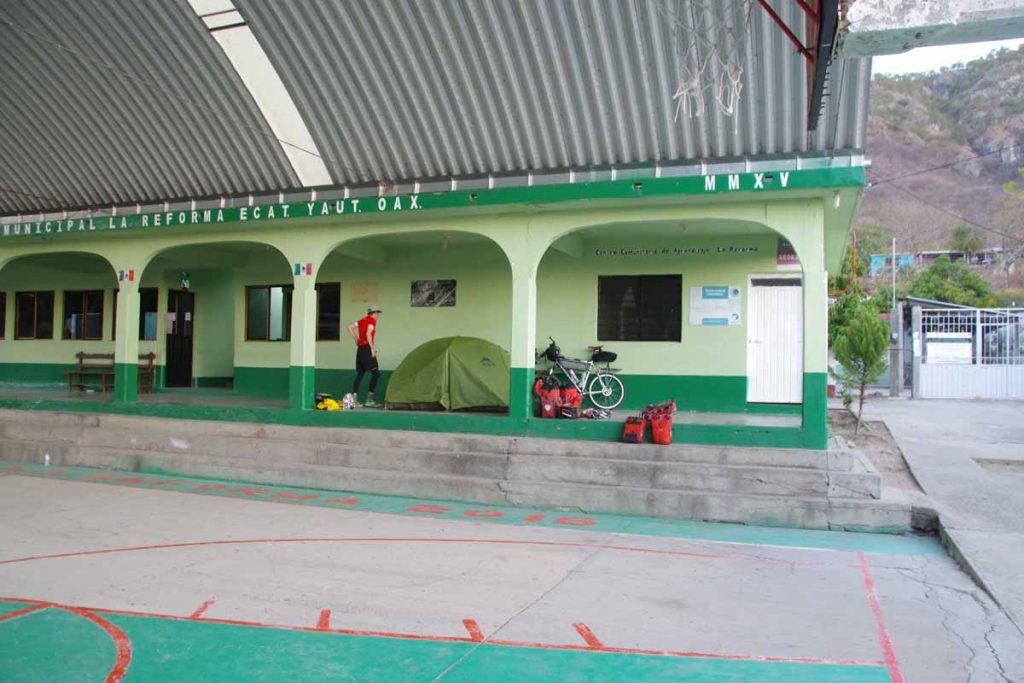 There was no hotel in this town, but locals let us camp on edge of the basketball court. It was noisy through the night with roosters, trucks and locals coming to sit next to the court and chat. Otherwise a nice camp. My thermarest mattress took much longer to deflate, so think we patched many but not all of the holes. Also unfortunately, rolled over onto my normal glasses so will wear prescription sunglasses instead.
Day Three, Tehuantepec
A easier ride today as we descended close to sea level. As we finished our ride it became both warmer and windier, giving an early indication of road ahead. 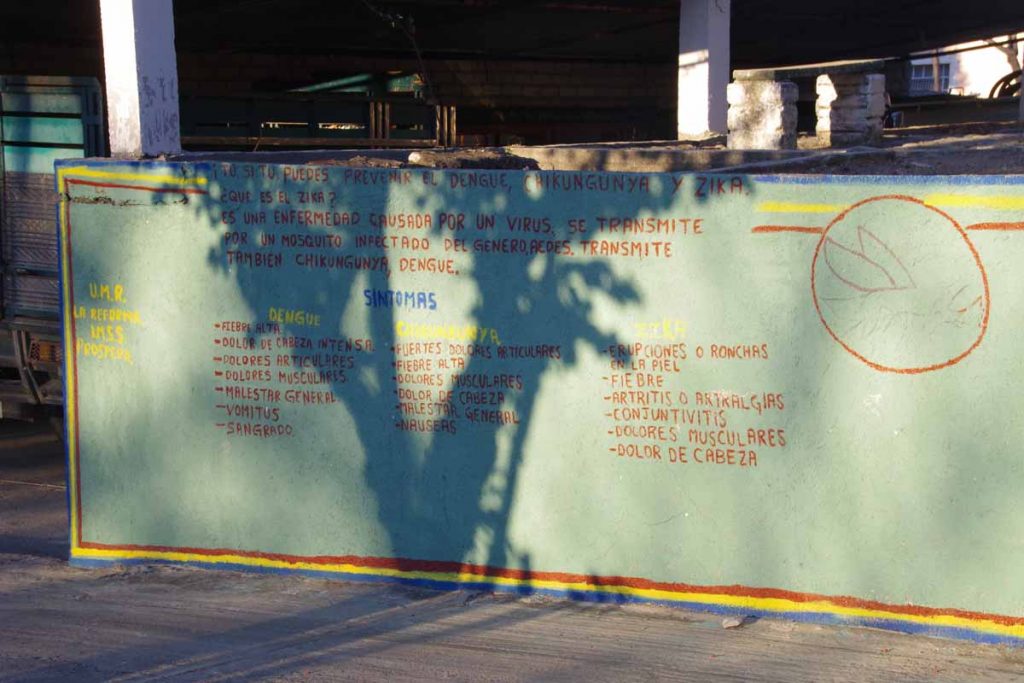 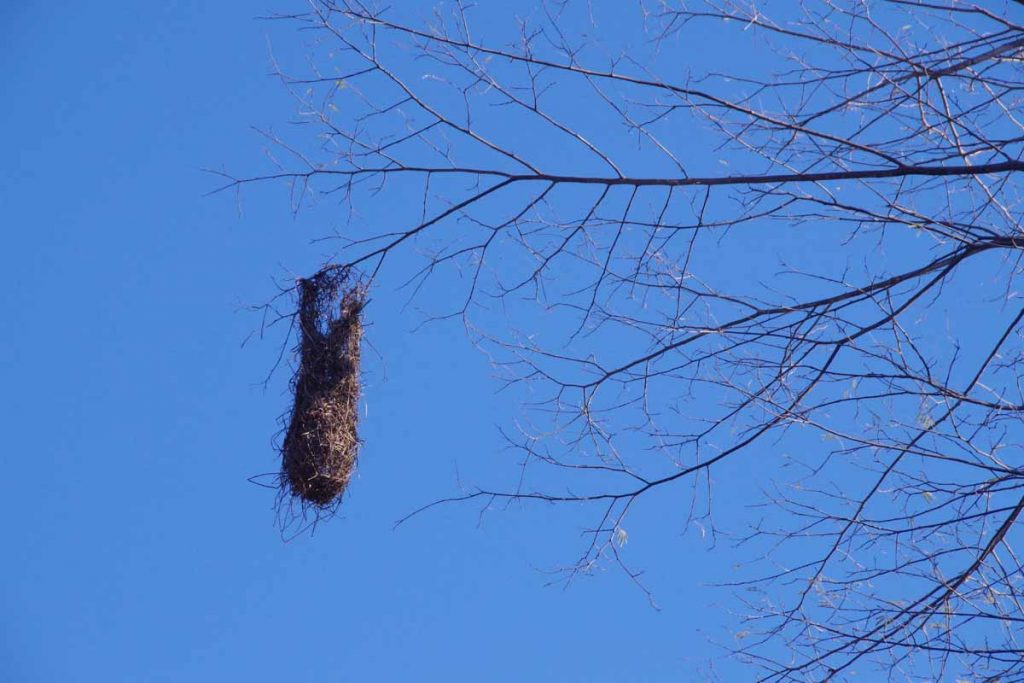 Hanging from a tree, looked a bit like a birds nest. 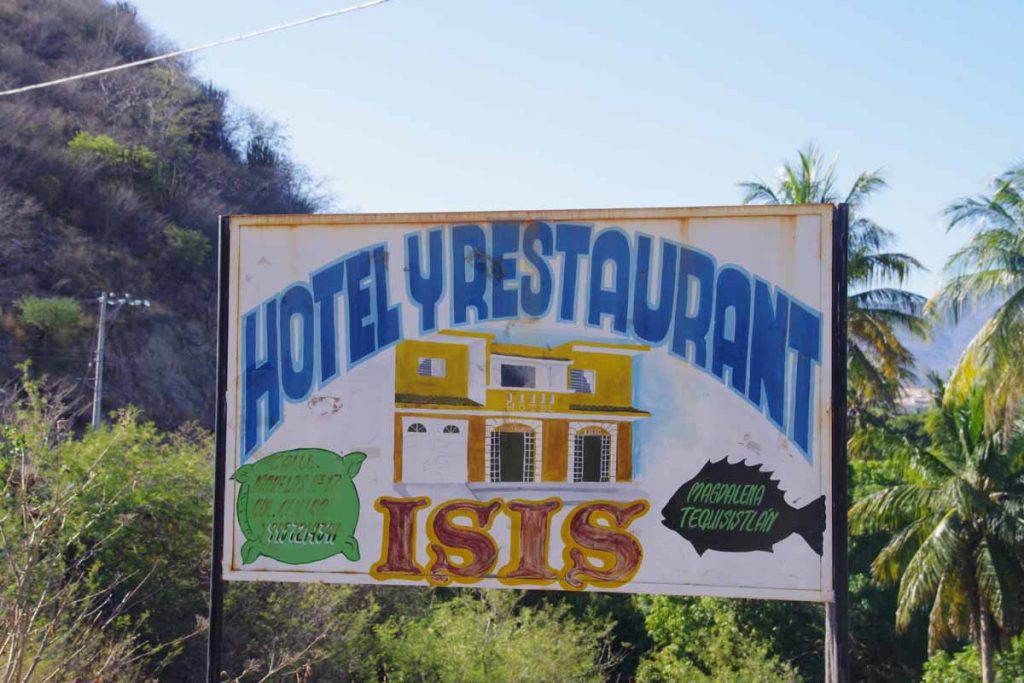 We didn’t stay at the hotel “isis”. 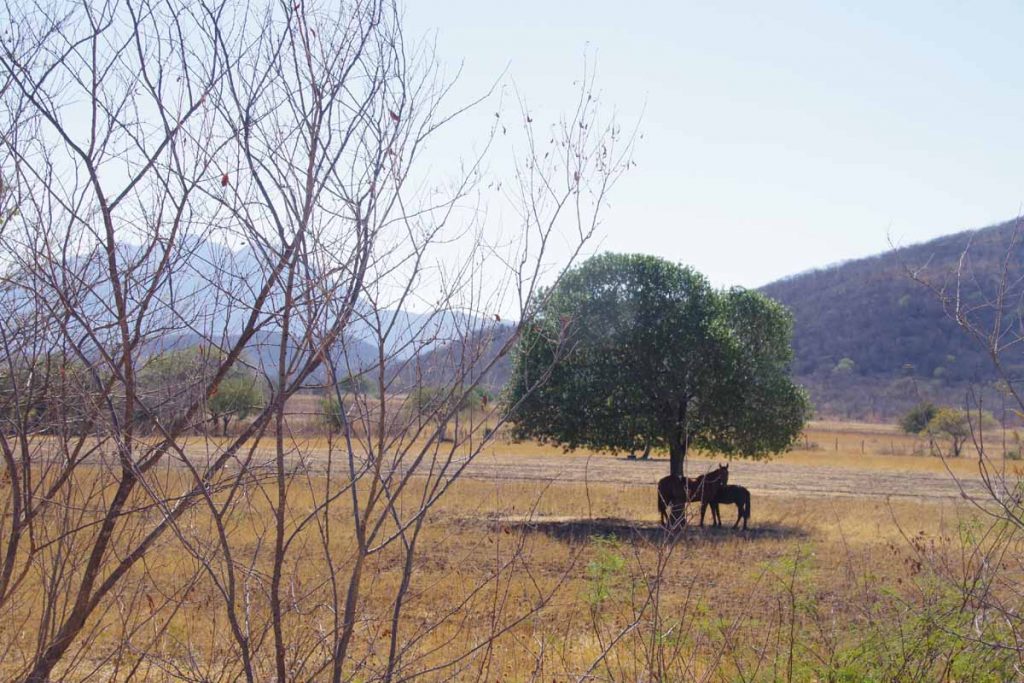 As it became warmer, the horses also took refuge under the trees. 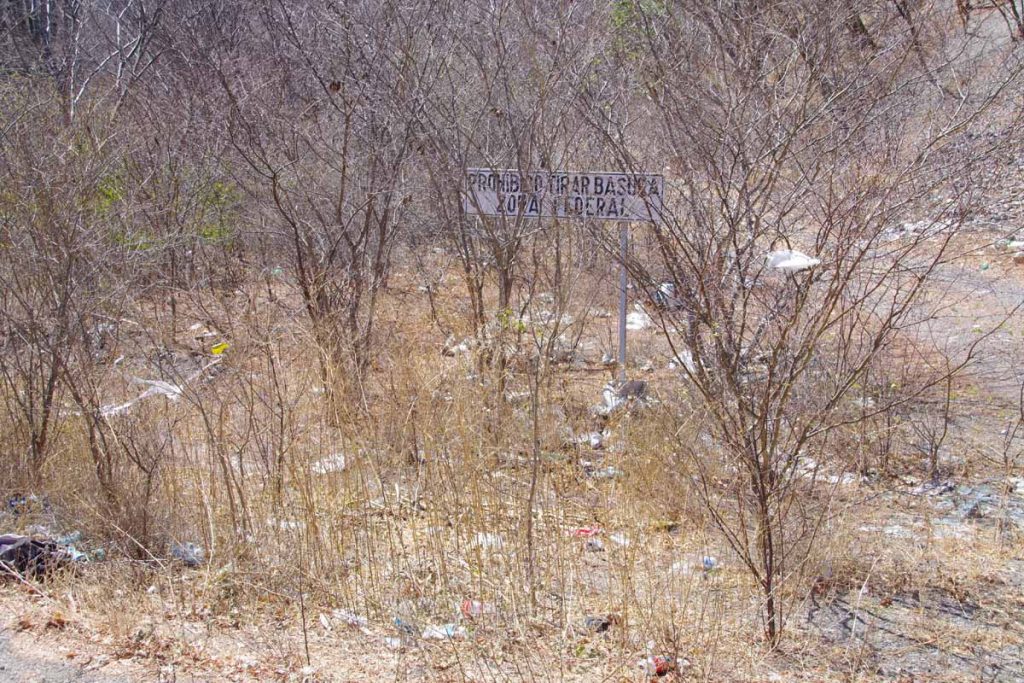 Unfortunately, a lot of trash along the highways here, this next to a sign telling folks not to litter. 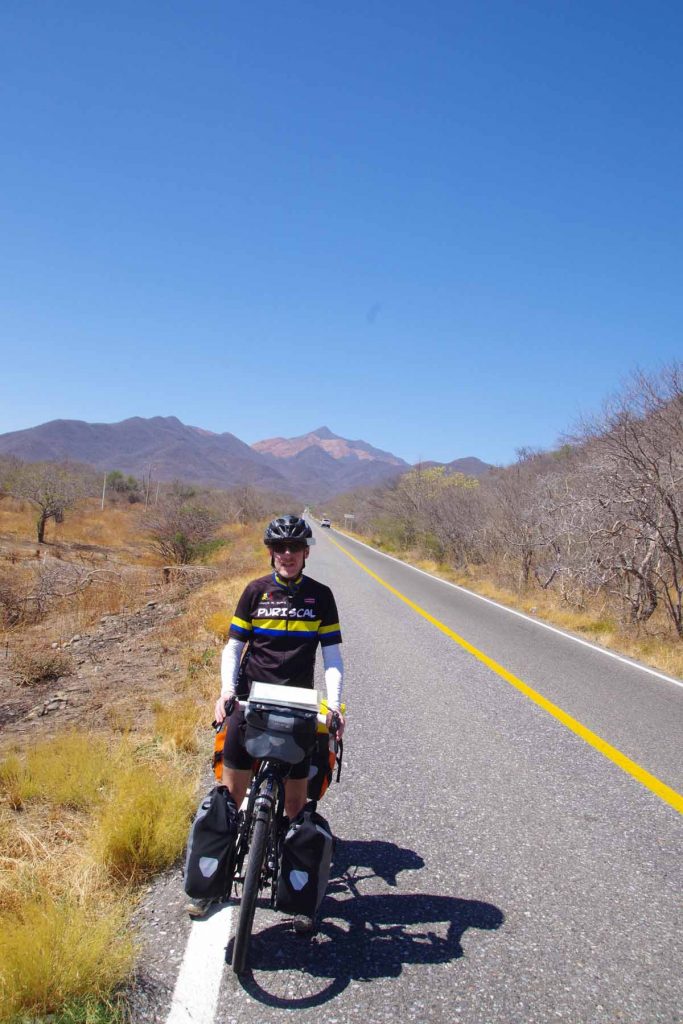 We’re on the flats now, but one can see hills in the background.

Overall arrived at a hotel by 2pm and turned on the air conditioning. Nice to complete this bit to the coast and time to plot out the next segments. The Mexican isthmus narrows here and there are a lot of wind farms, so expect both some heat and some wind.