Positive surprises today against expectations for both weather and accommodations.

This area is notorious for Tehuantepecer winds. The part of Mexico we are crossing narrows with only a low 250m Chivela Pass separating Atlantic from Pacific. Air that gets pushed through Chivela pass can result in very strong northerly winds as described in many bike journals. In addition to strong winds, we also anticipated warm temperatures from being at sea level. While we had some wind, it was lighter than expected (and probably average) and not all headwinds. Hooray! 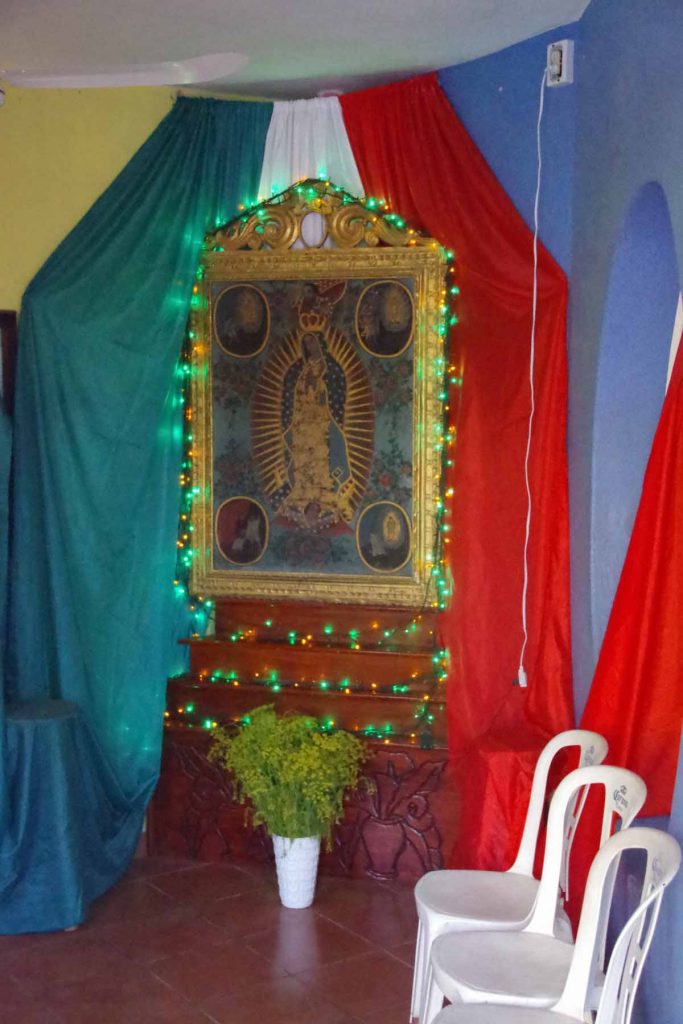 Our hotel had a little shrine to the virgin Mary in separate room. Reminds me a bit of shrines in countries like India. 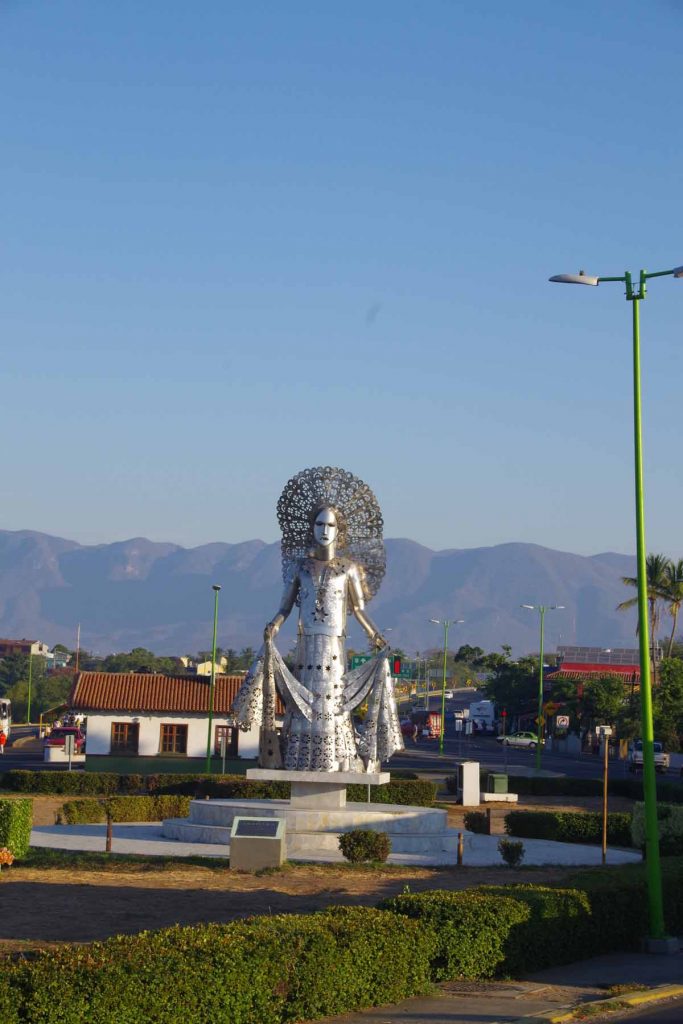 Tehuantepec was a slightly larger town. We cycled past this statue and then had breakfast at the OXXO. 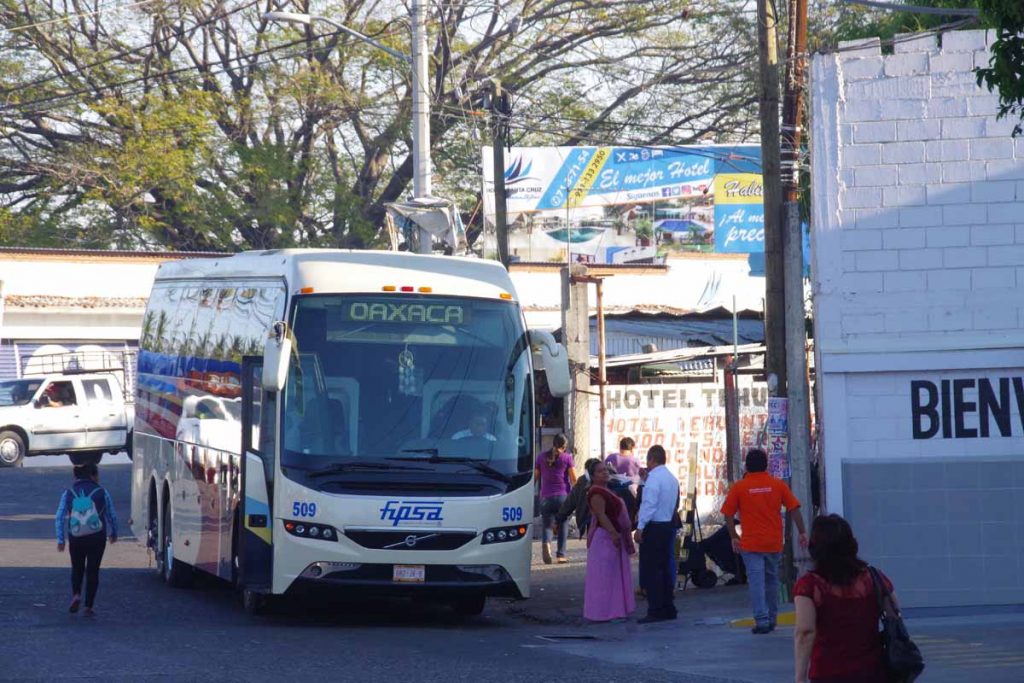 Not far from the bus station where a bus for Oaxaca was boarding. 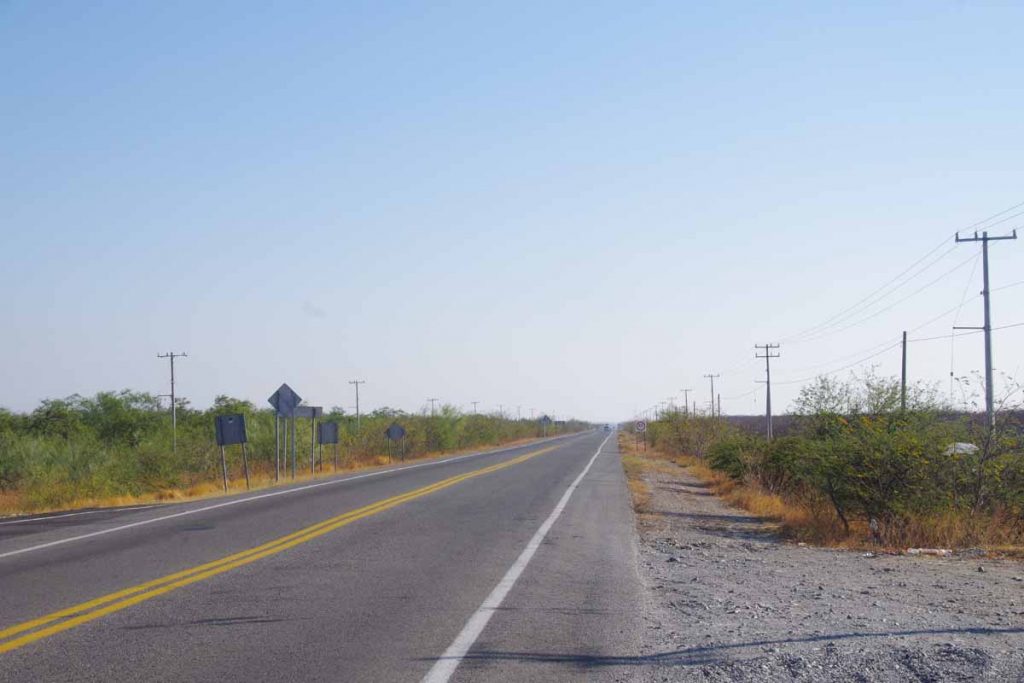 Afterwards we started cycling flat terrain out to Juchitan de Zaragoza. A wind started picking up from left front but wasn’t bad yet. 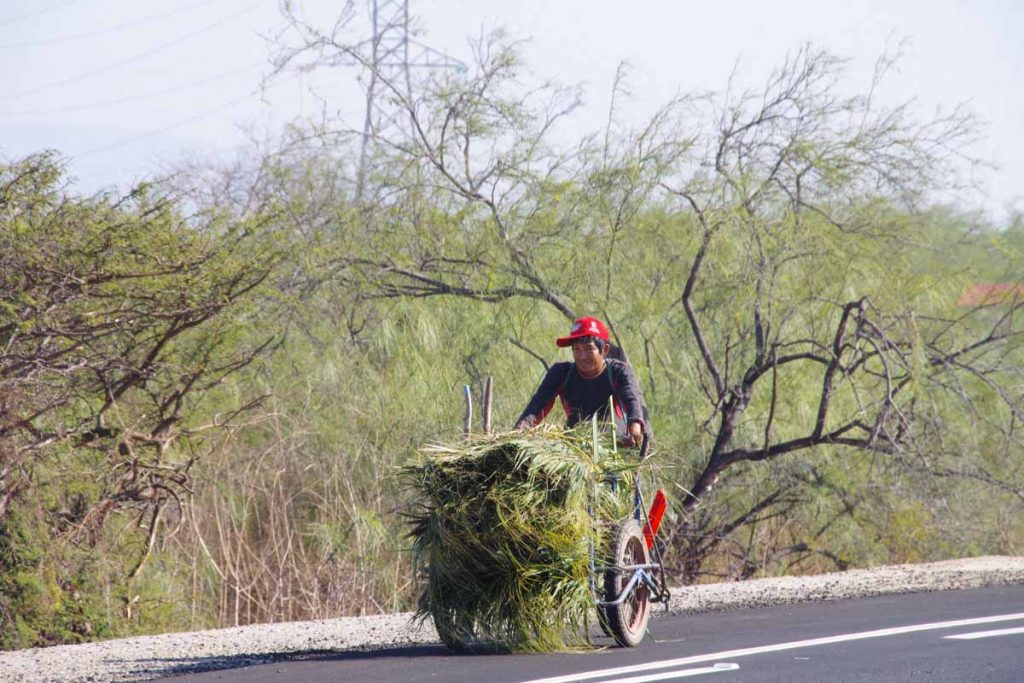 Someone we saw riding the other direction. 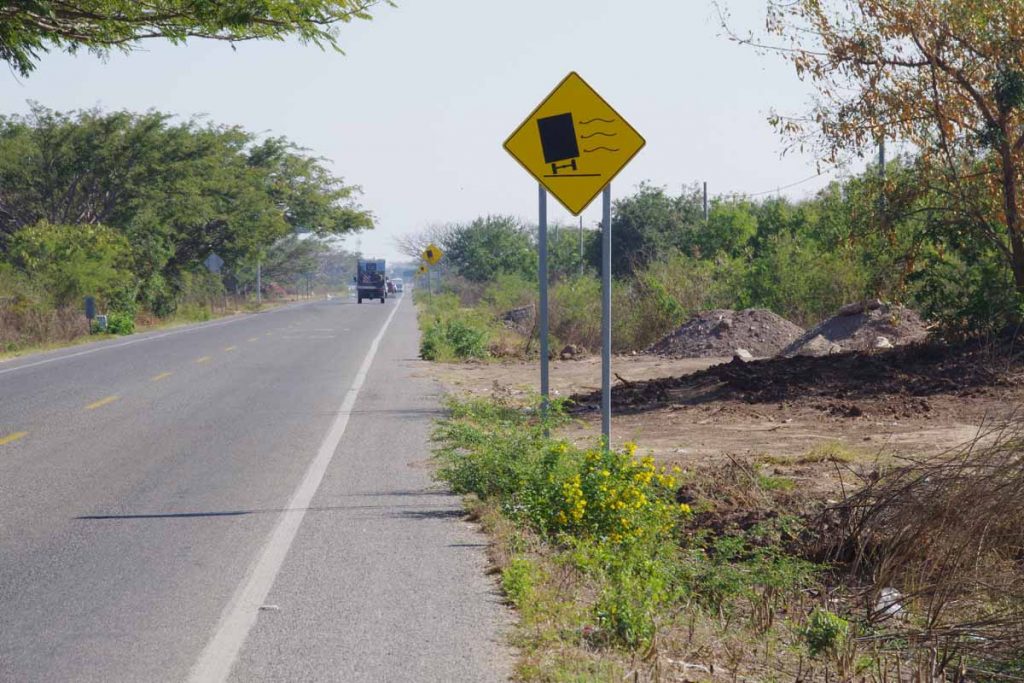 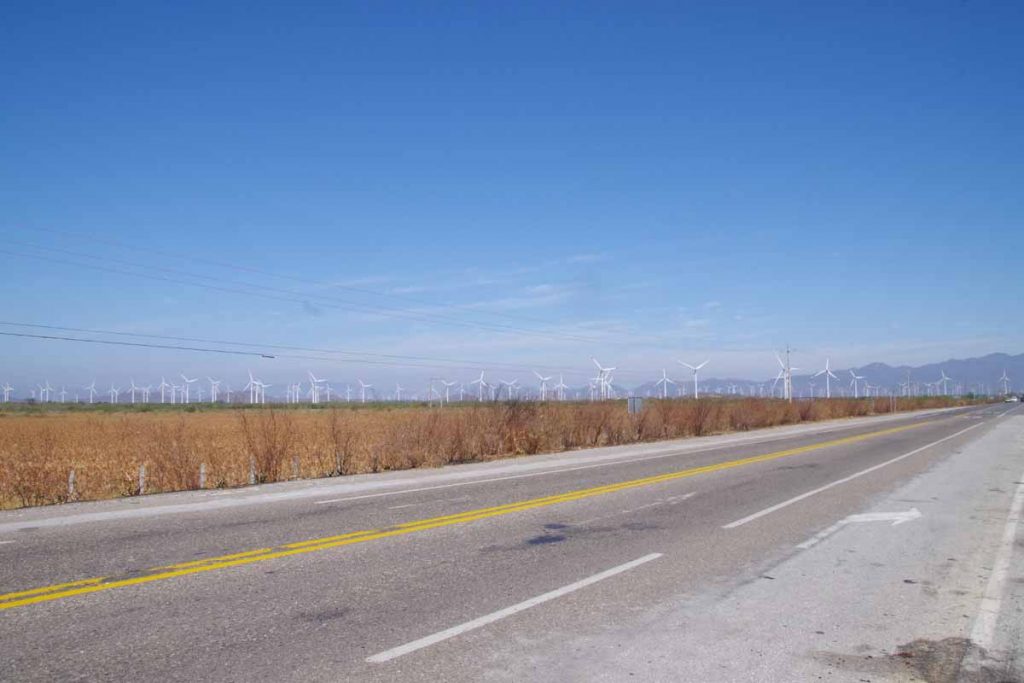 After Juchitan, we started coming past the first of hundreds of wind turbines. However, the winds still weren’t very strong and weather forecasts suggested lighter winds today than either tomorrow or the next day. 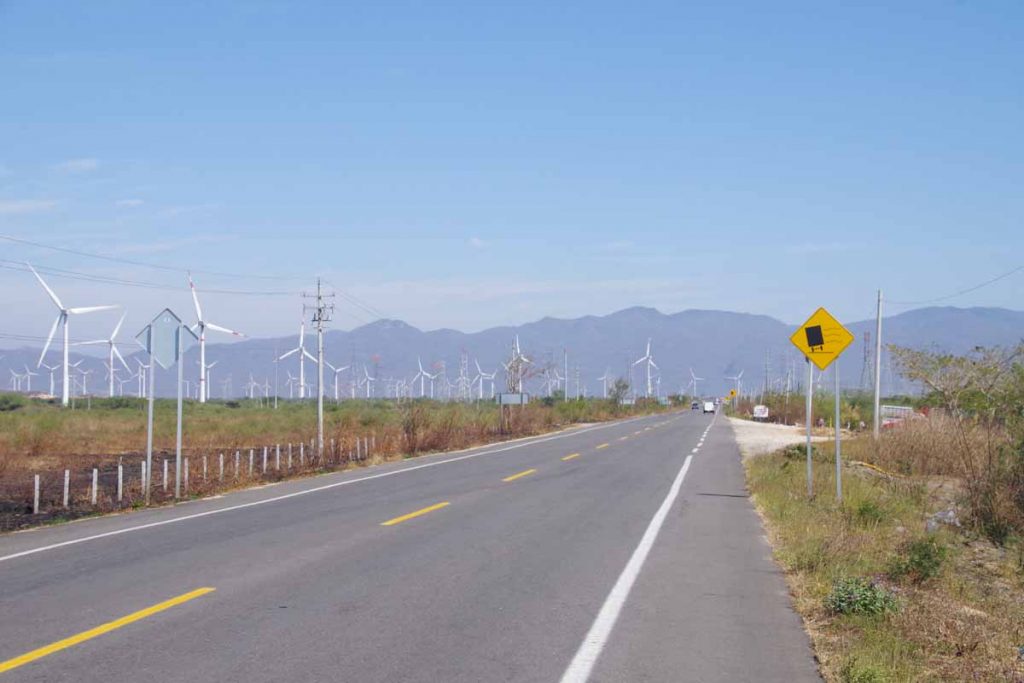 Our route went mostly north for 10km with light headwinds before turning more to the east. 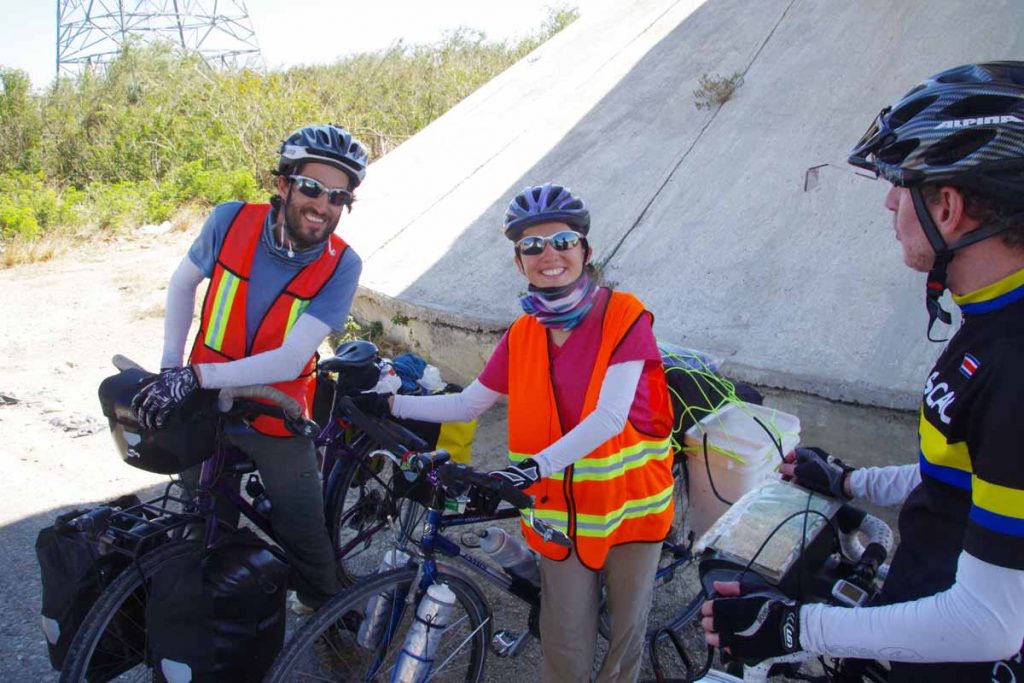 Sheltering underneath one of the bridges, we met two Mexican cyclists who had started in Guadalajara and were on their way to Argentina. 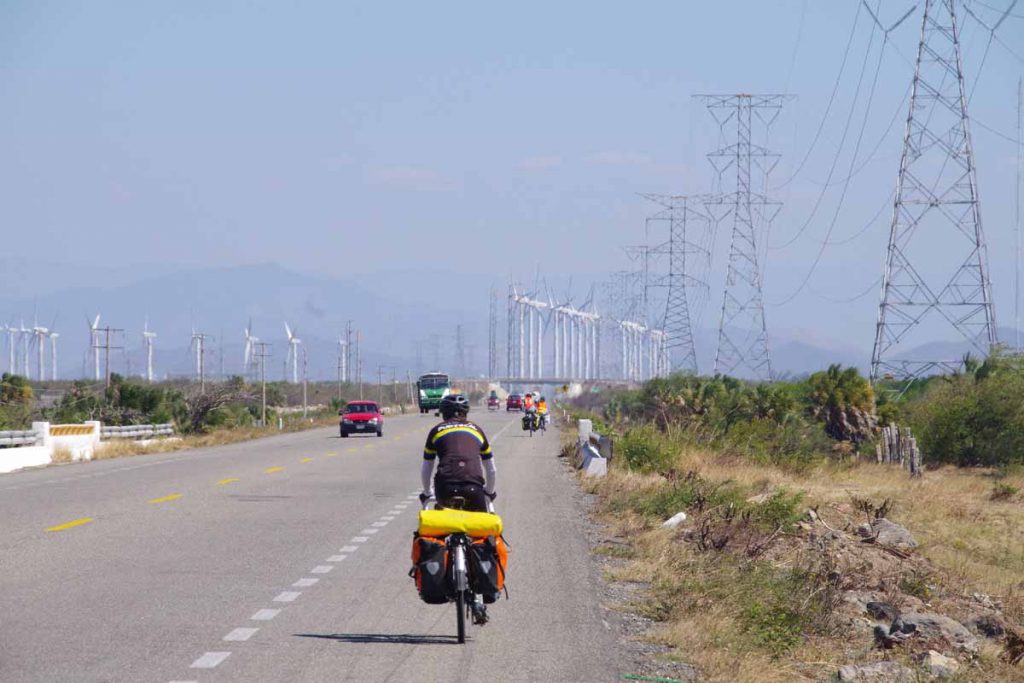 Wind turbines continued for many kilometers.

At 55km, we stopped and had lunch at nice loncheria in small village. After this our winds were tailwinds at least as much as headwinds. 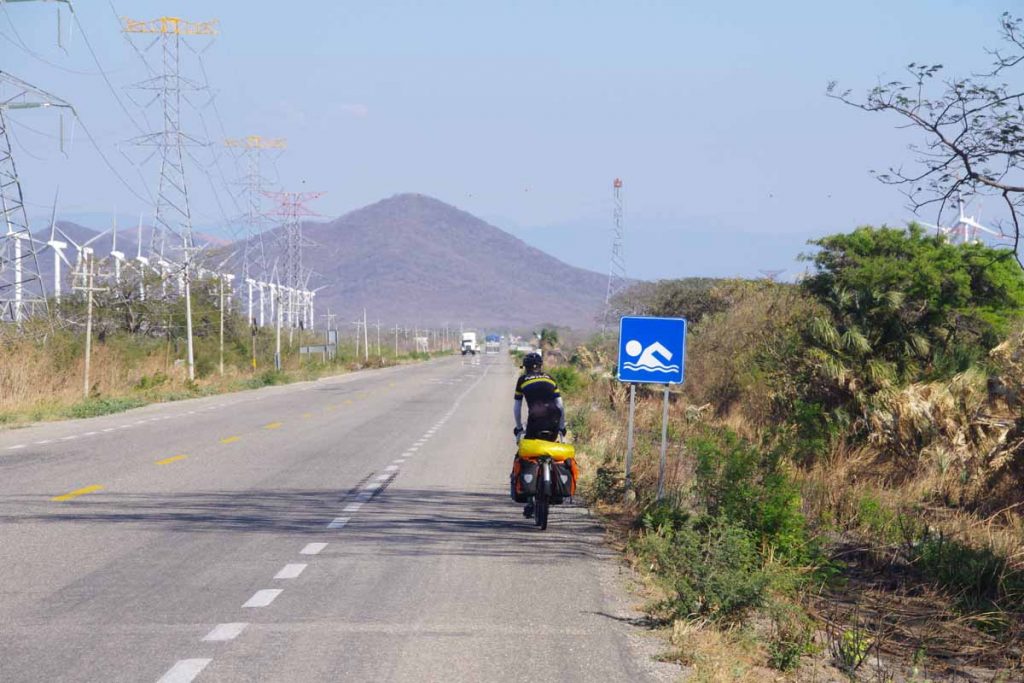 Not sure where you can swim, but sign suggested something near.

At 80km, we came to our intended destination Santiago Niltepec. While Google Maps suggested a possible hotel, other cycling journals hadn’t noted it. Hence, was expecting to ask around and perhaps sleep on basketball court again. Surprise, found a nice little hotel (Las Palmas) and it even had air conditioning. Overall, weather and accommodations turned out better than I would have guessed this morning.