Long ride today, out on the road by 7am and finished after 5pm. 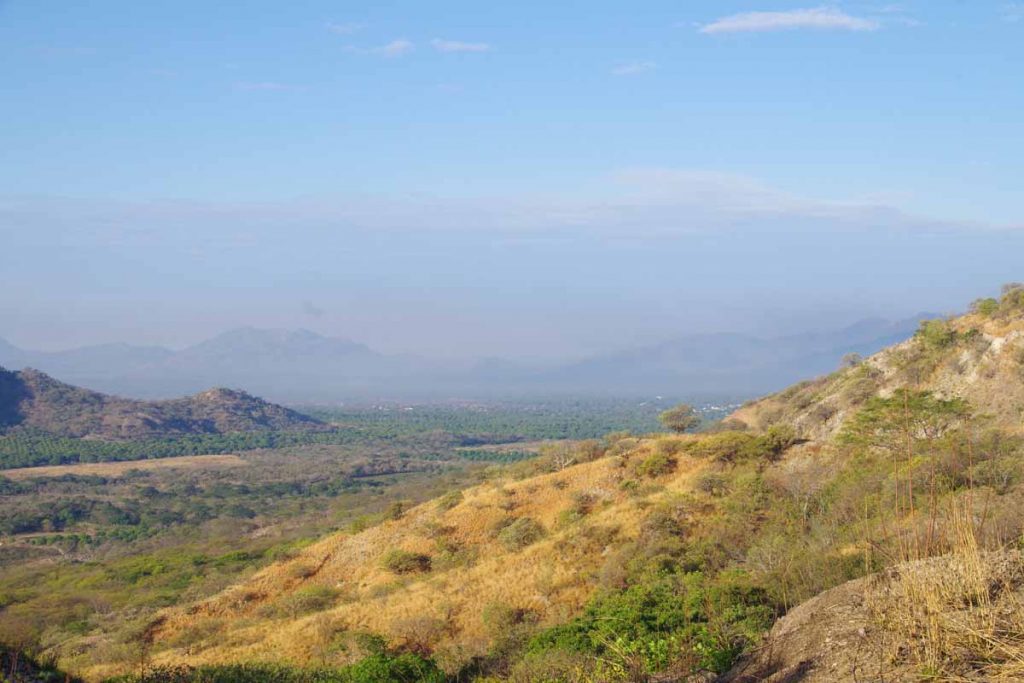 Yesterday afternoon was hot in San Pedro Tapanatepec (~36C or 97F) and our goal was to get on the road early and get in some climbing early. The first 27km were mostly uphill climbing from near sea level to over 800m (2600ft). Photo above was taken on first part of the climb looking back. It was hot and sweat was already dripping off my jersey. However, as we passed 8km, we encountered the first of our winds for the day and that also helped cool things off. It also never got much warmer than 30C (86F) that we reached on that first climb. 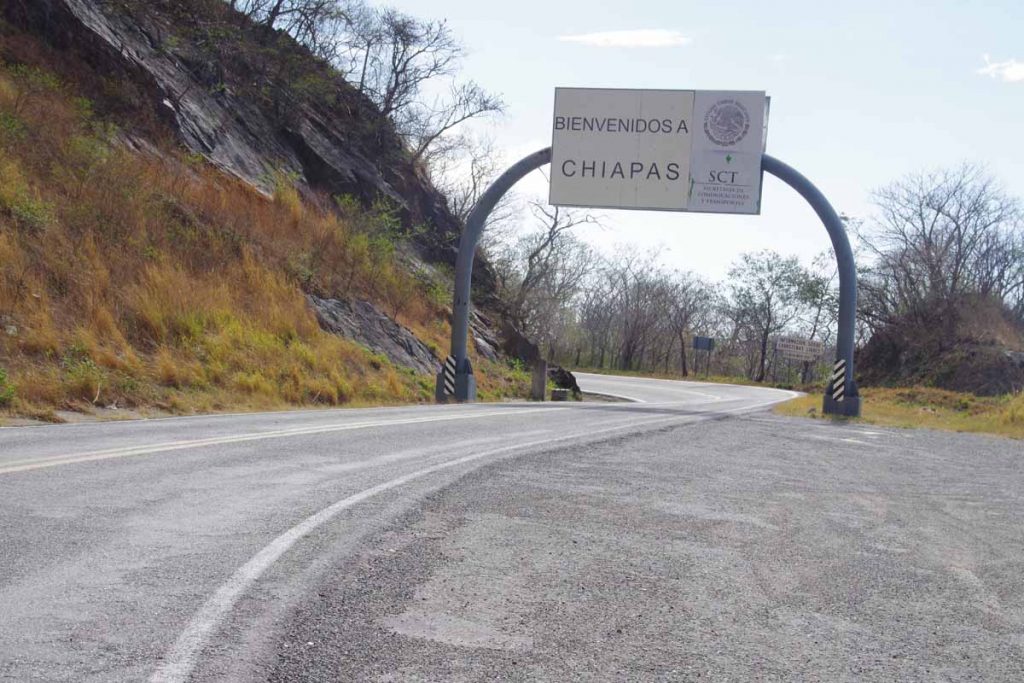 It was a slow and long climb and somehow wasn’t feeling 100%. However a cookie break at 15km definitely helped. Not much after that we crossed into Chiapas, the 11th state I’ve visited in Mexico. 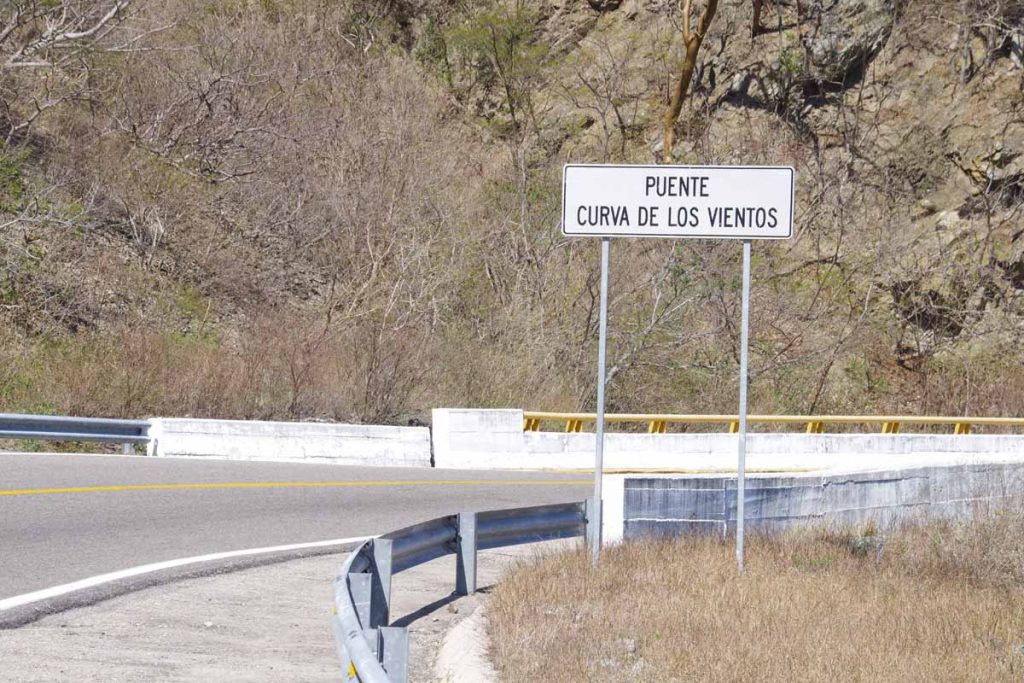 Translation: The bridge along the curve of the wind. Our route was through some notoriously windy areas and we also had intermittent headwinds on the climb. They became stronger on the second half of the day after we were on the plateau. 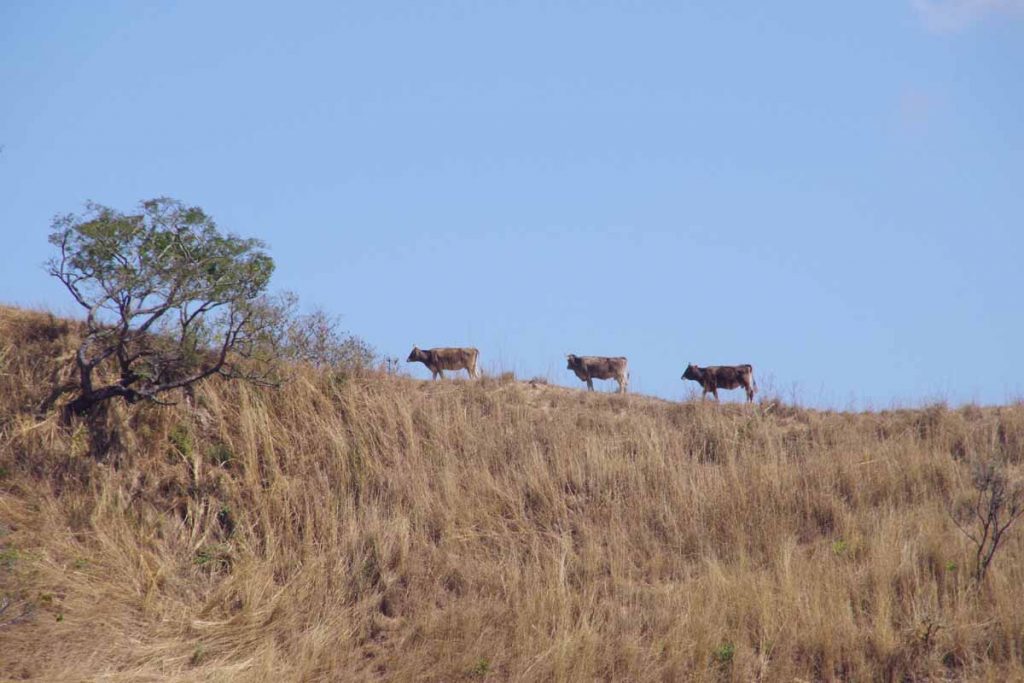 These cows were walking along the ridge line at crest of the hill. Hooray, our biggest climb was over. However, in total today had 1300m of climb but we ended up only 500m higher than we started, so there were plenty of hills in second half of the day too…just that we would climb and descend and repeat. 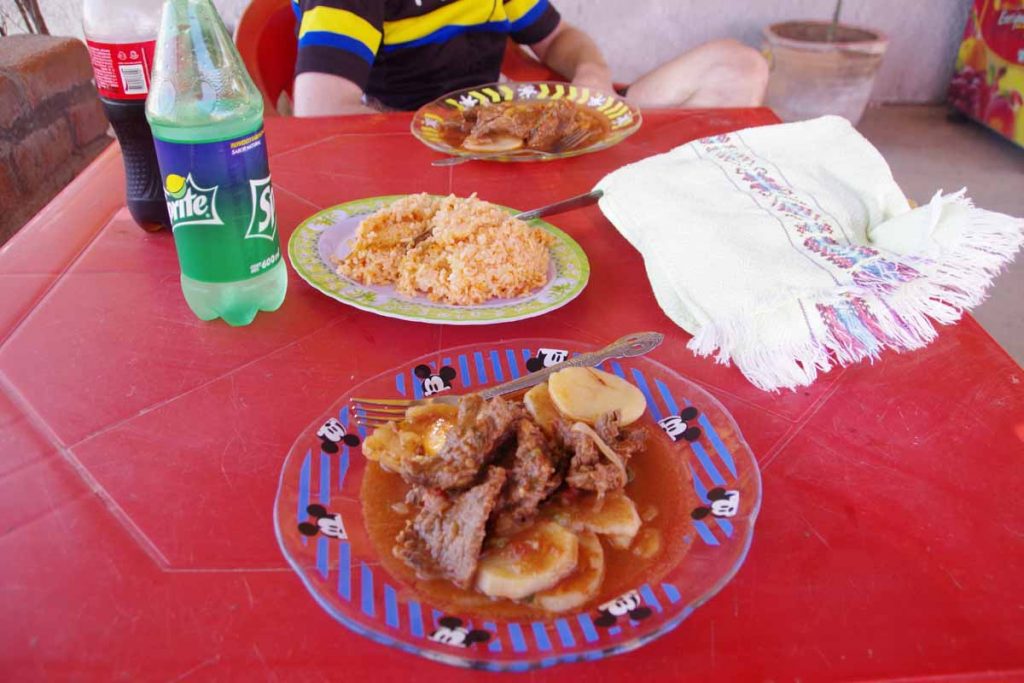 We stopped in and had a filling lunch. I also had plenty to drink and still didn’t feel wonderful. 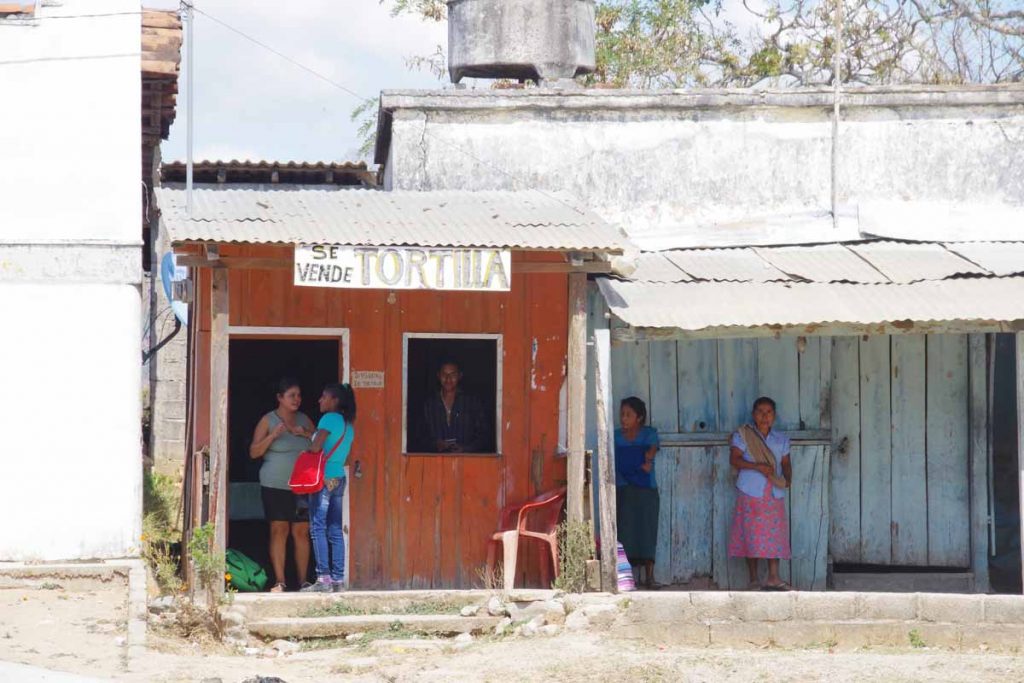 Across the way, the tortilla shop was doing a good business. 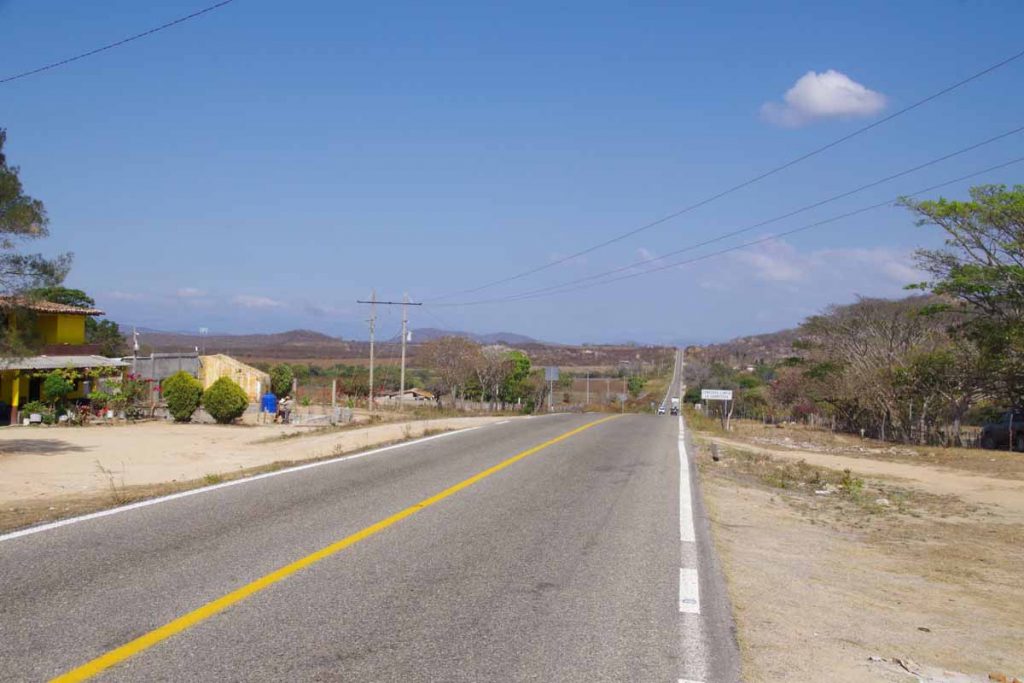 Photo above is a good summary of the next 50km through our afternoon. The roads were generally straight, narrow and went up and down across some hills. There was also a wind coming from left front side and the wind became stronger as the day went on.

At 60km, we stopped at a nice little restaurant for a break and after this cycled the last 20km into Cintalapa. 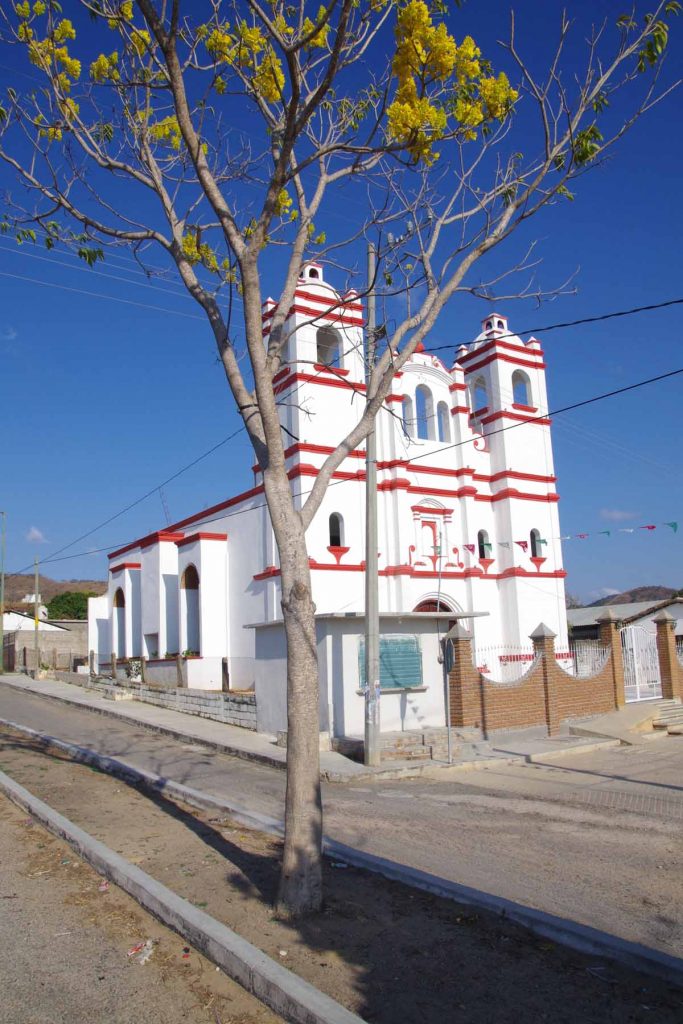 This was the church in the last village before the city.

We arrived after 5pm. The city was busy including people on horseback and many people walking. 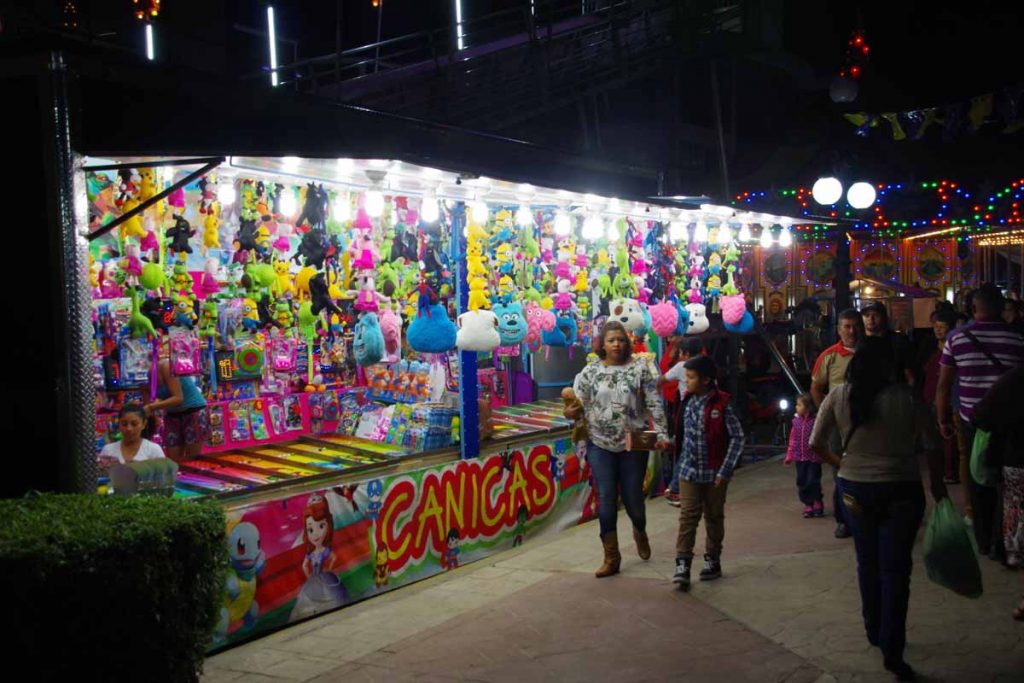 We discovered there was a big street festival going on. The first hotel we tried was all booked up. Second one only had one room with one bed. Third one was on the square in extremely noisy location. Eventually we circled back and picked our best alternative. Overall, today ended up being quite long on the road with a lot of climbing and a fair amount of headwinds. Hence, it was nice to finally get settled in a room and relax. 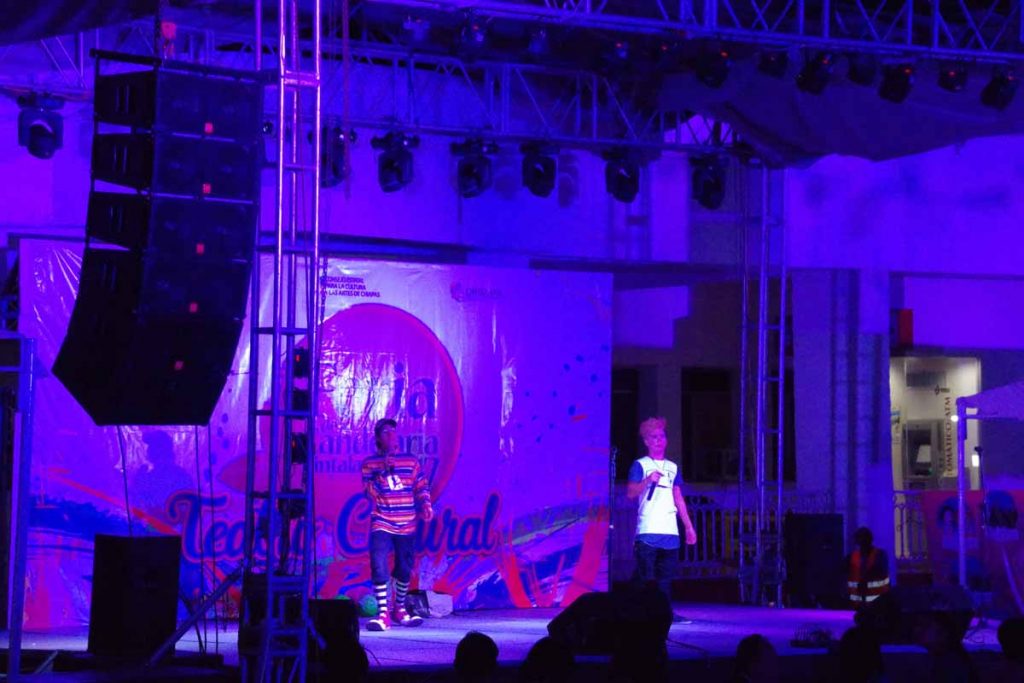