Over the hills and across the big city of Tuxtla Gutierrez. Today was another full day of riding. 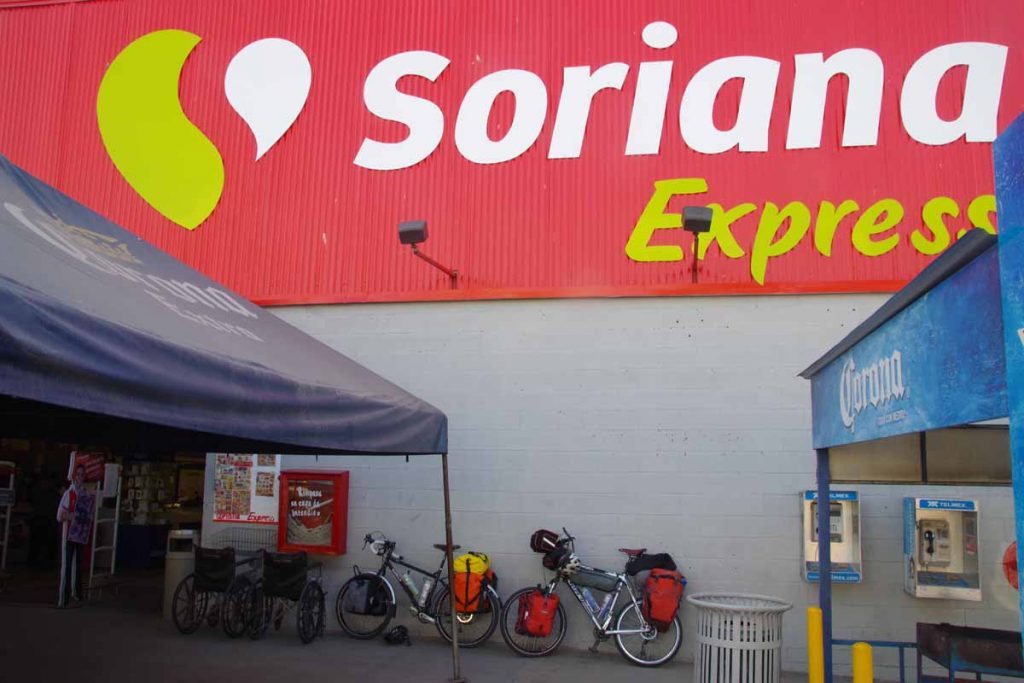 Overnight was surprisingly quiet in our hotel, despite being a block away from the main square with its music and noise. After leaving the middle of the city, our first stop was the large Soriana Express supermarket. One could get most things there and nice to get some bananas and yogurt to start the day. 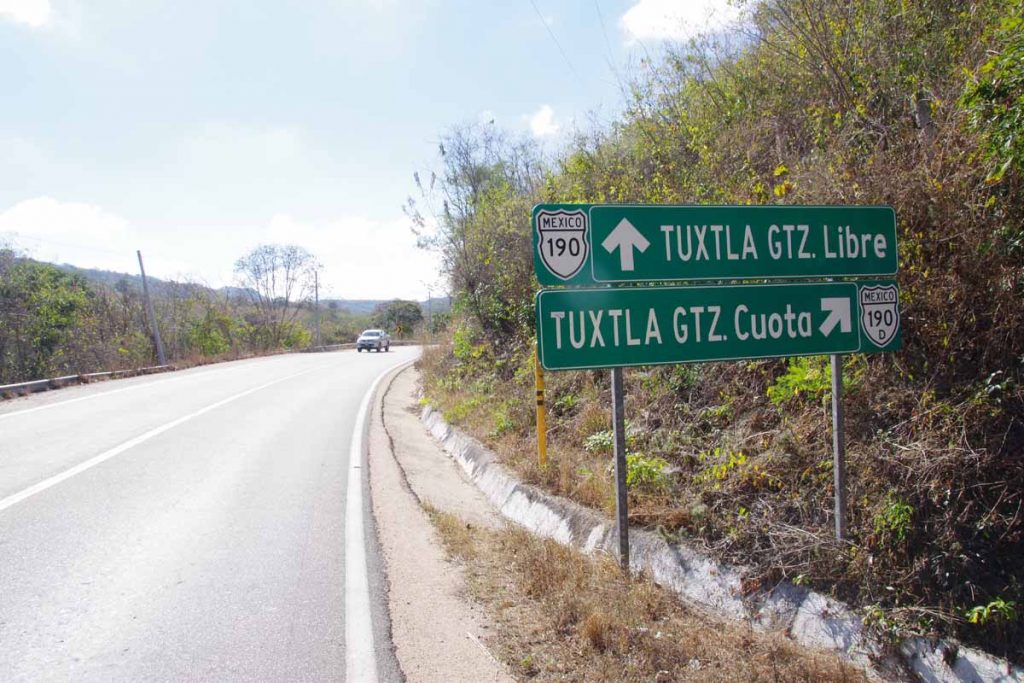 Next 20km were on a narrow road. Traffic wasn’t as bad as I expected, though one did need to keep a vigilant eye out in the mirror. At 18km, we stopped briefly in a comedor since there wouldn’t be much for another 25km. At 20km the road split and we took the cuota toll road. Once again these toll roads have nice shoulders, reasonable grades and usually good surfaces. The drawback is they avoid the smallest little towns. 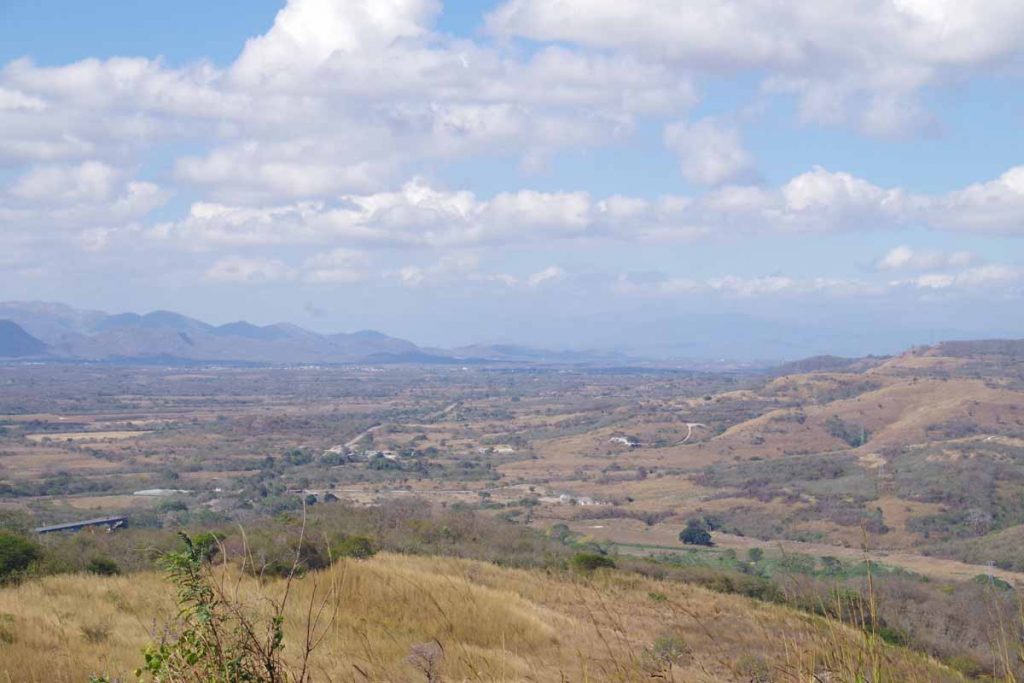 We started to climb once on the cuota. Here is a view looking back. 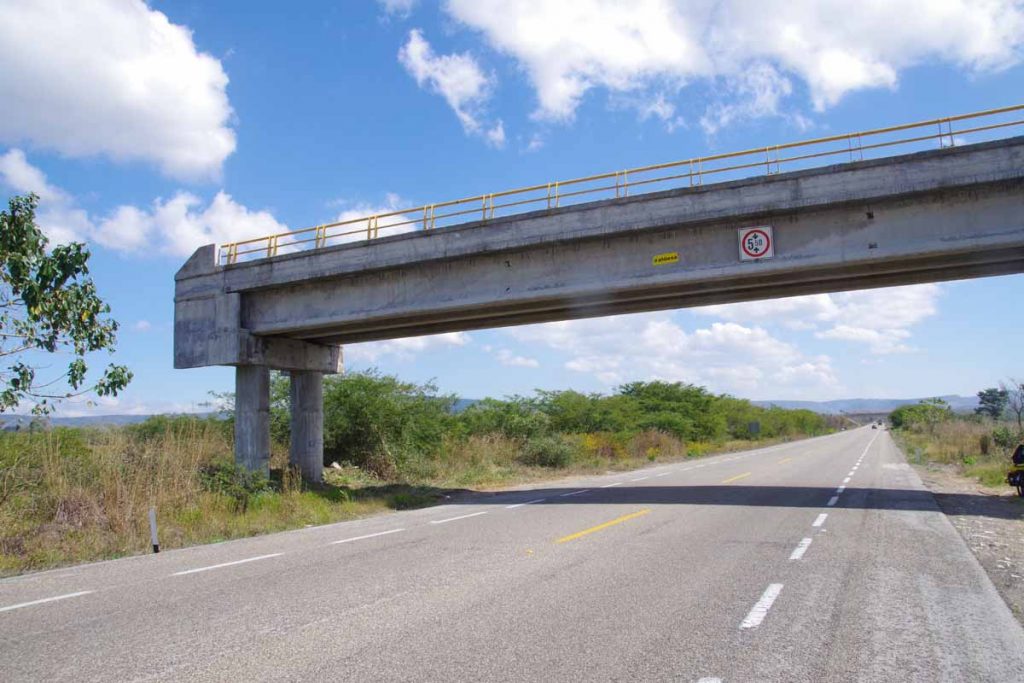 Occasionally there will be bridges installed that don’t connect to anything. 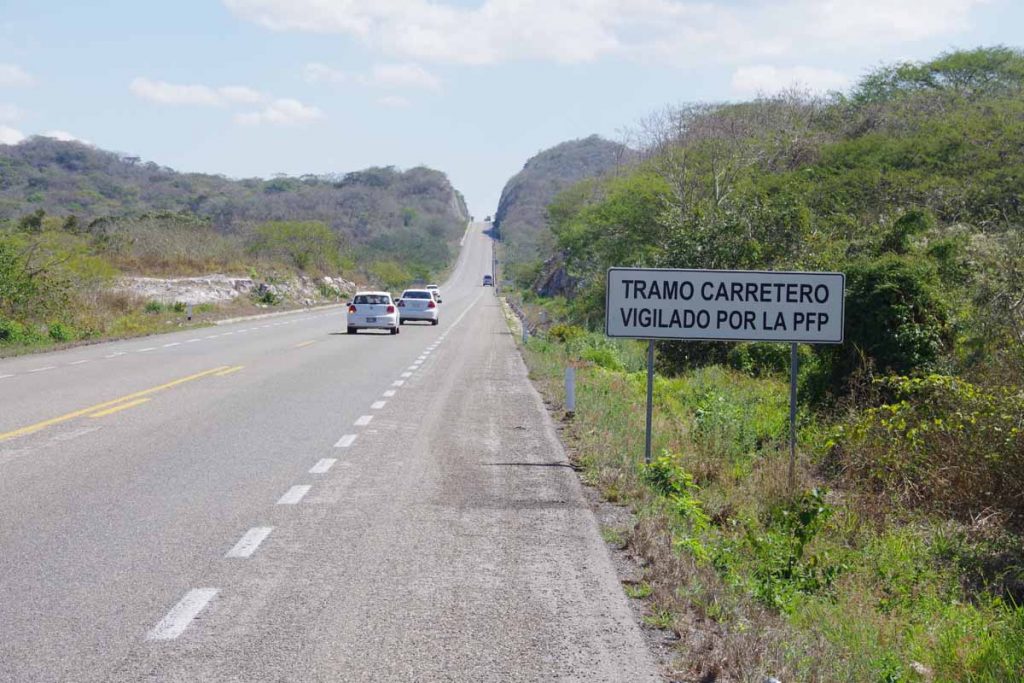 I think PFP is “policia federal preventia”, so one needs to be aware of them since there is road works? 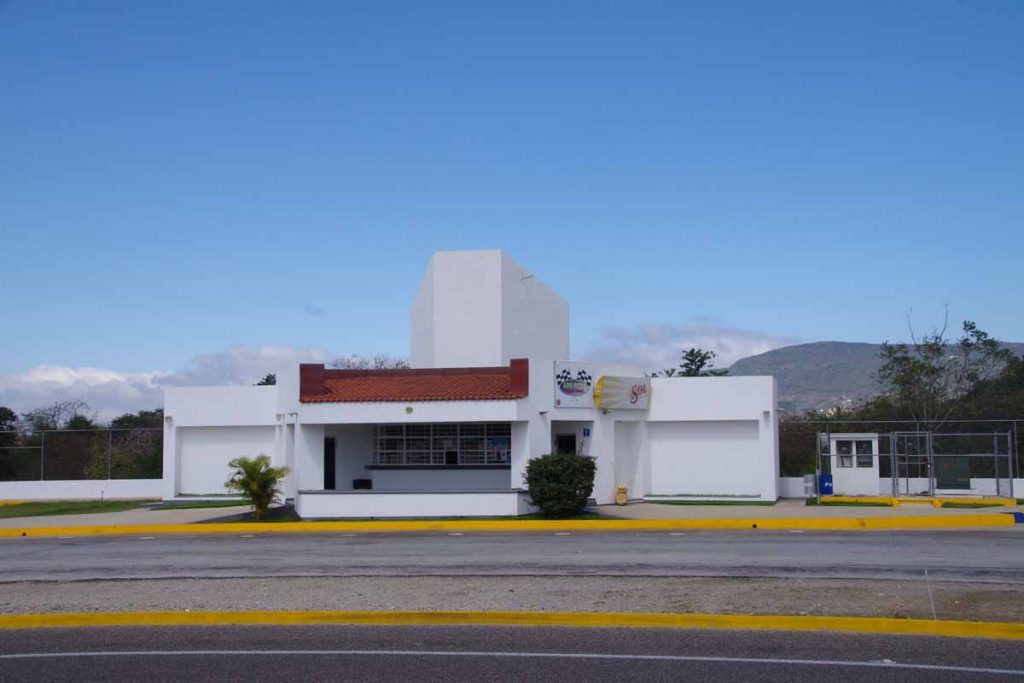 At 40km there was a toll booth and a few kilometers later, one of these small stores and bathrooms. Not much else though and hence we continued to top of the hill at 50km point. 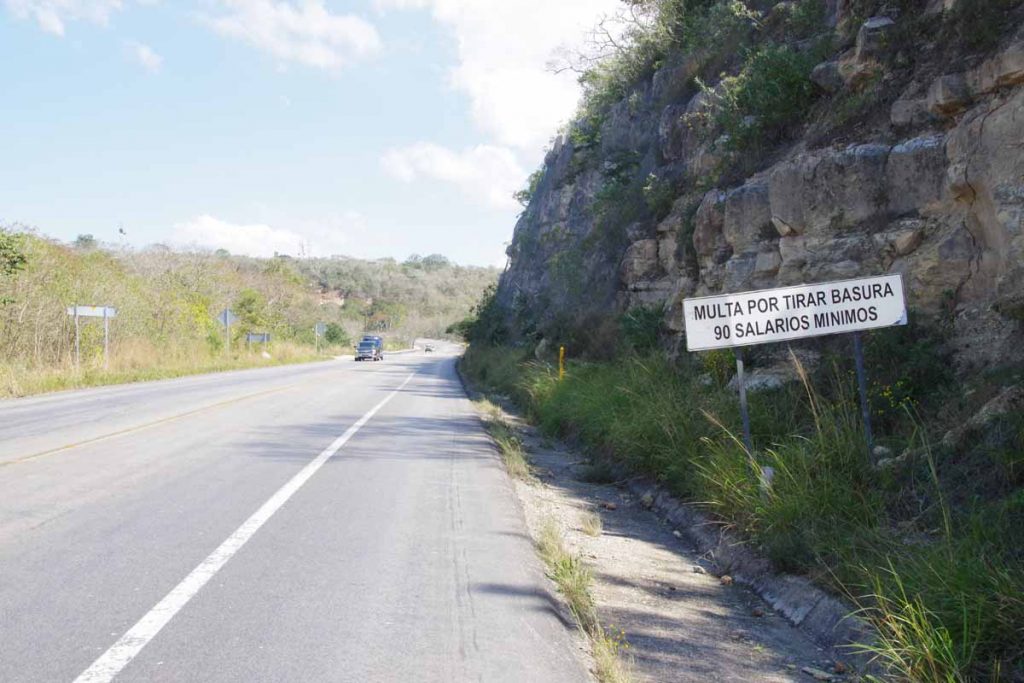 Littering can cost you 90x your daily wage. 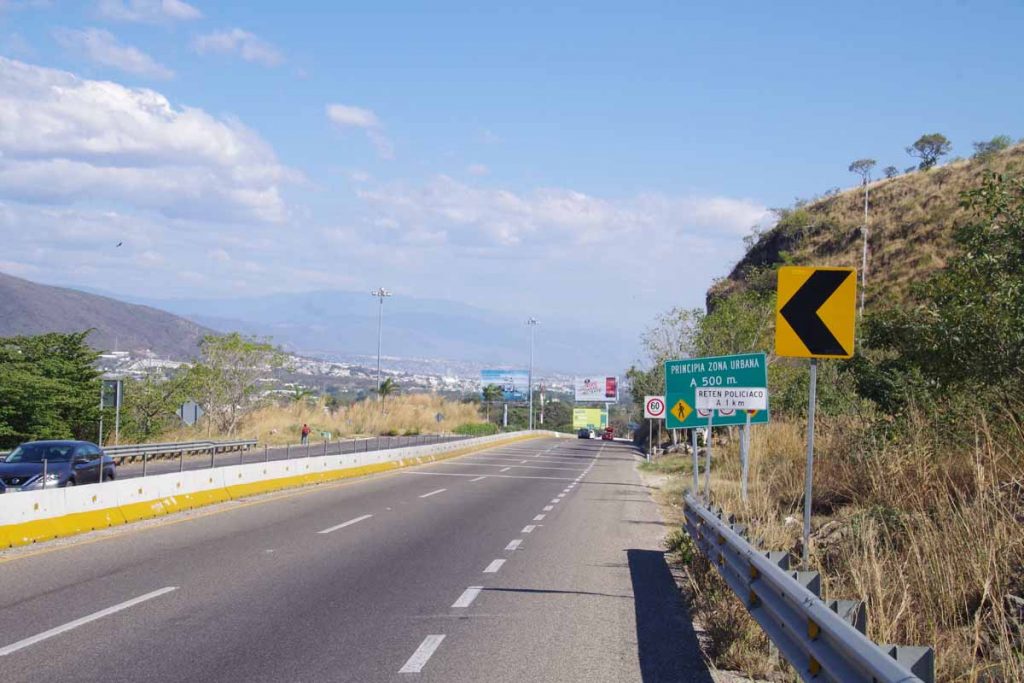 After the 50km mark, we descended 400m (1300ft) to outskirts of Tuxtla Gutierrez. The metropolitan area has ~750,000 inhabitants and we took the main road directly across. The next 20km were rather hectic including a few kilometers of traffic jam due to construction. However, gradually we reached the mid-point and then it became eaiser. There was still some more descent to the Rio Grijalva. 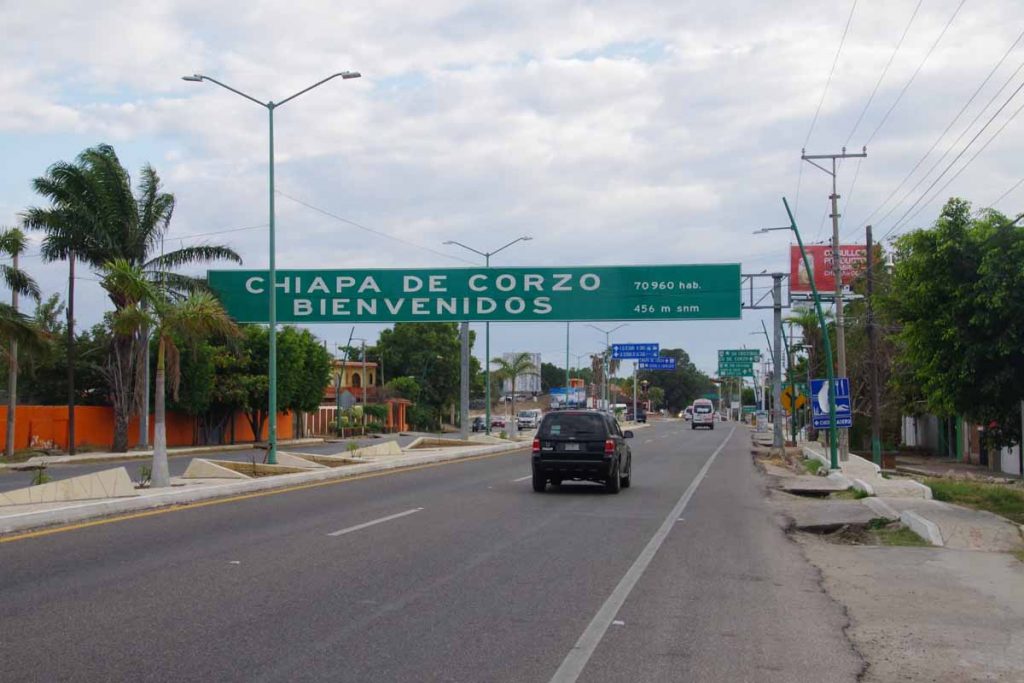 Happy to see the Chiapa de Corzo sign as we turned off the main toll road. 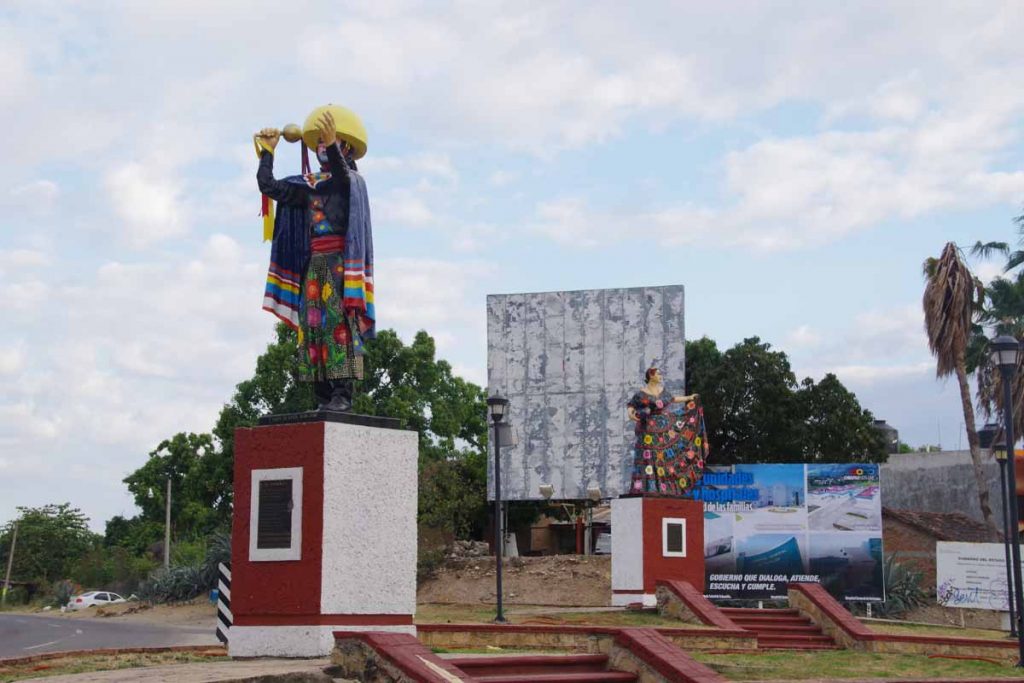 Statues at turnoff to the town welcoming visitors. A bit more about the town. It is a nice little town with a big square. There is a big hill between here and San Cristobal and we’re weighing whether to take a rest day before tackling it.