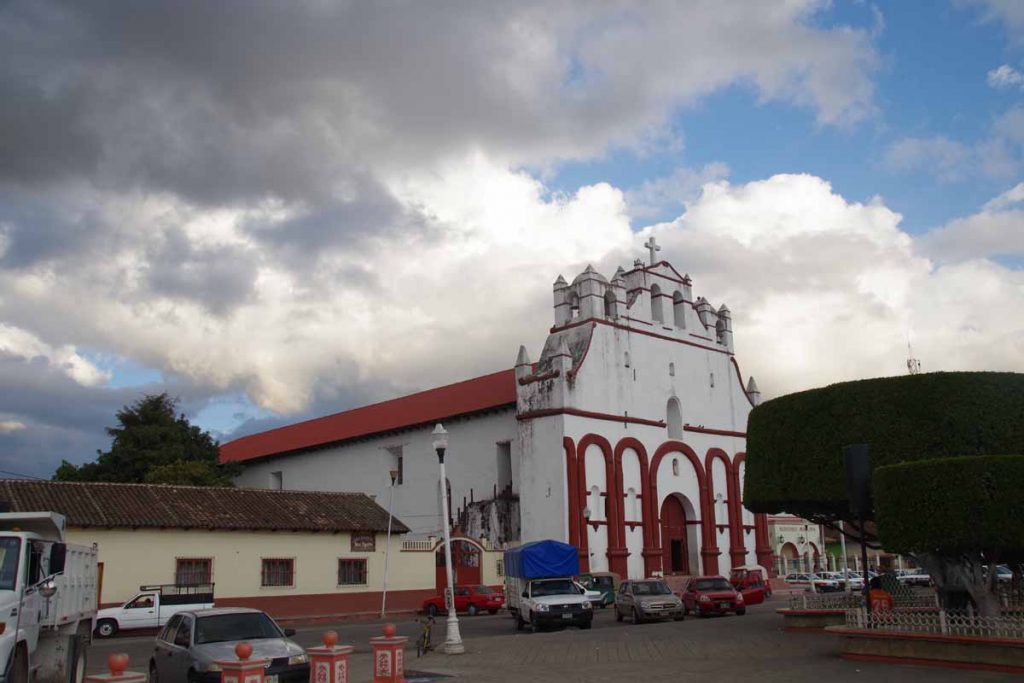 Another day that wasn’t too difficult or long. Saving our energy for lots of climbing coming up in Guatemala.

Teopisca was a nice little town and we were a block off the main plaza with large church above on one side. 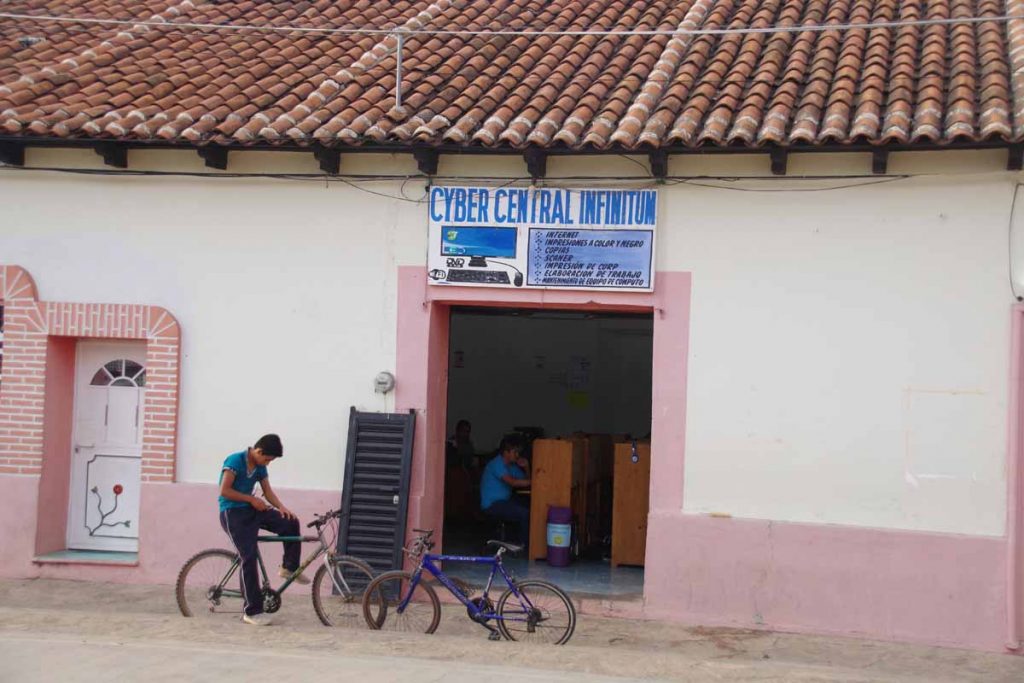 I’ve noticed quite a few more internet cafes in this part of Chiapas. As a tourist we don’t need them anymore as many hotels will have wifi. In addition, phone service with a provider like Telcel seems to cover many of the small towns. However, seeing internet cafes suggests that broadband at home is still more rare here in Chiapas than other (often wealthier) Mexican states. 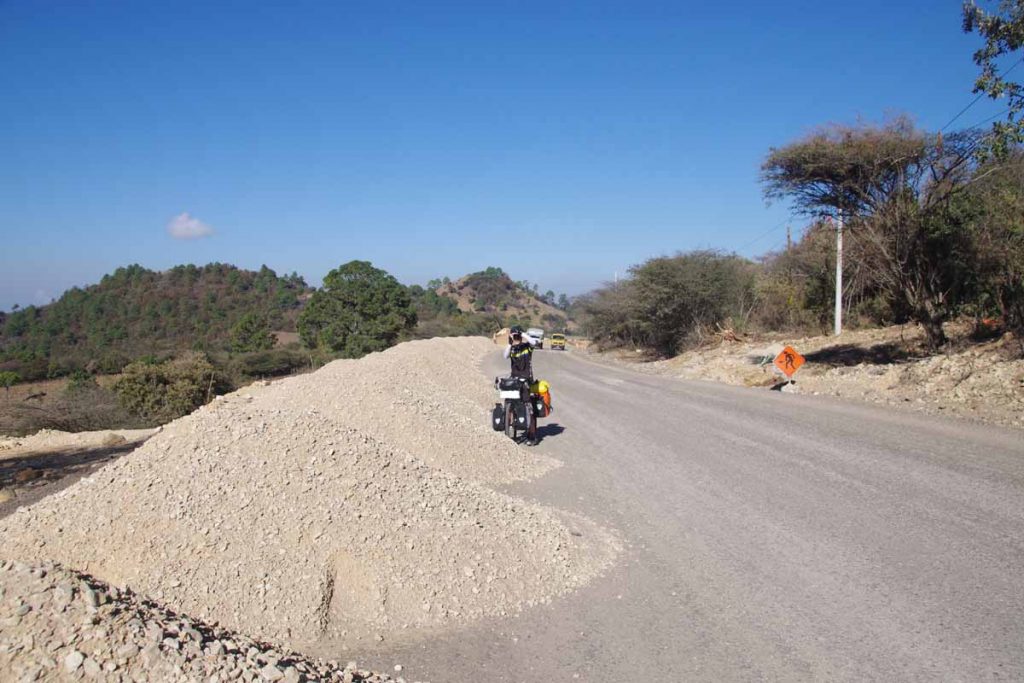 Todays ride started with ~15km of climbing. The road was initially narrow and busy but in a few kilometers we came to an area of road construction. 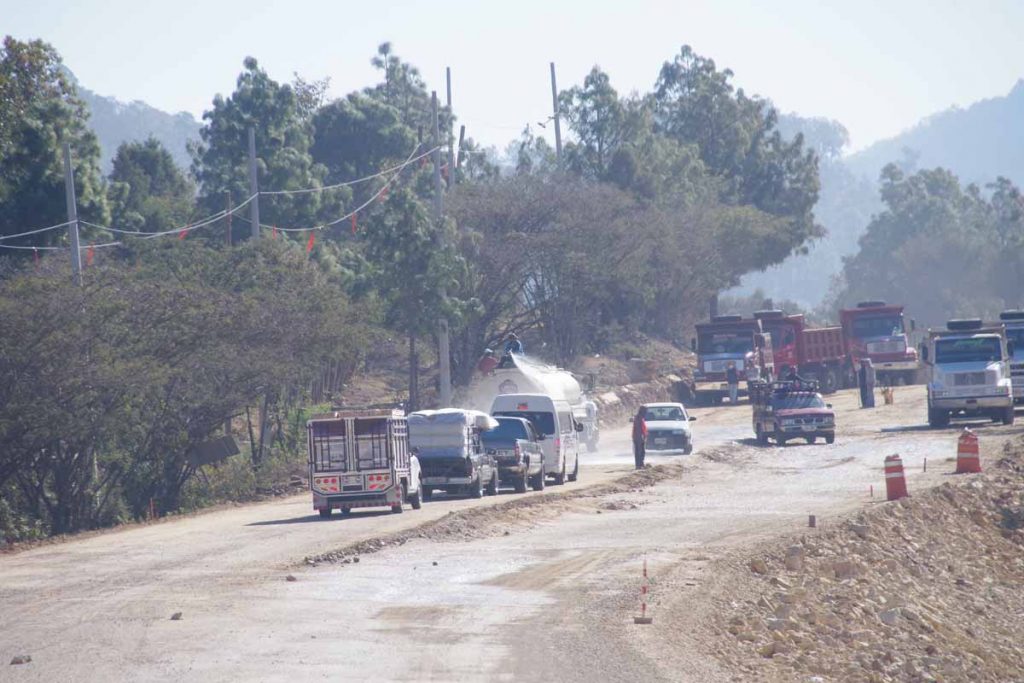 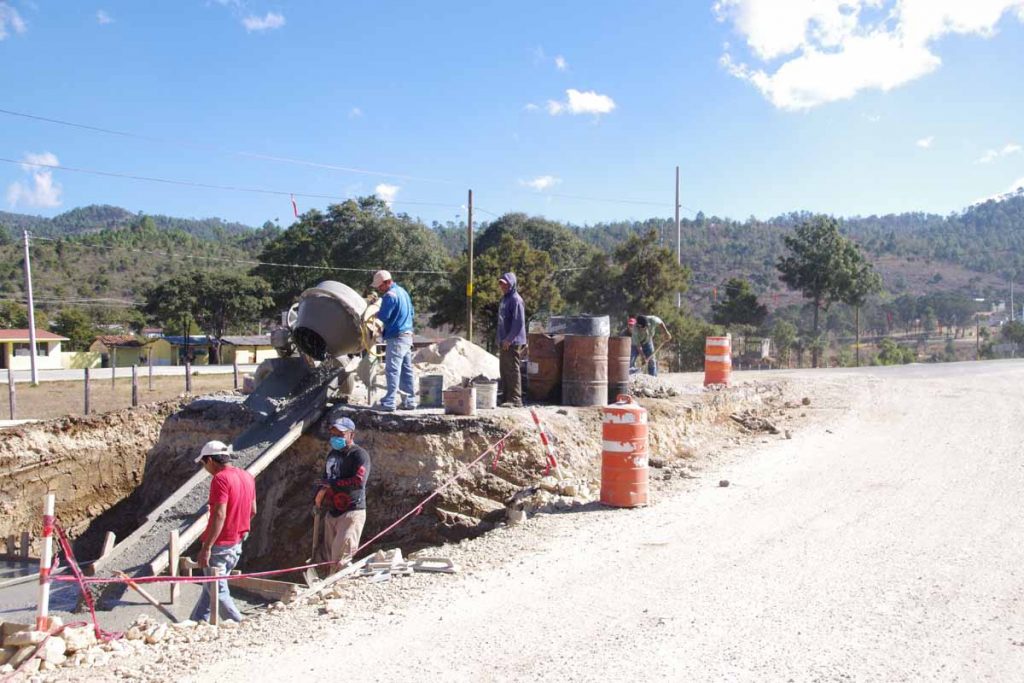 Here was a construction crew mixing cement for a culvert. 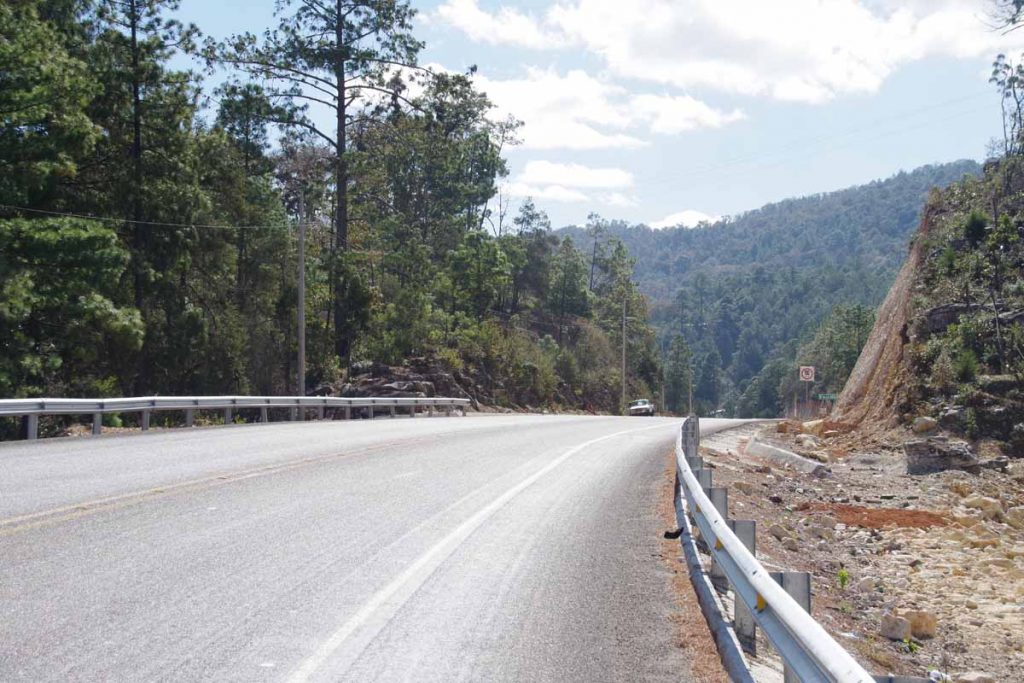 Not far from the top, road construction was finished and the road was wide with a nice shoulder. In addition, not much traffic to contend with. From that point, the dominant direction was downhill and we ended up lower than we started. 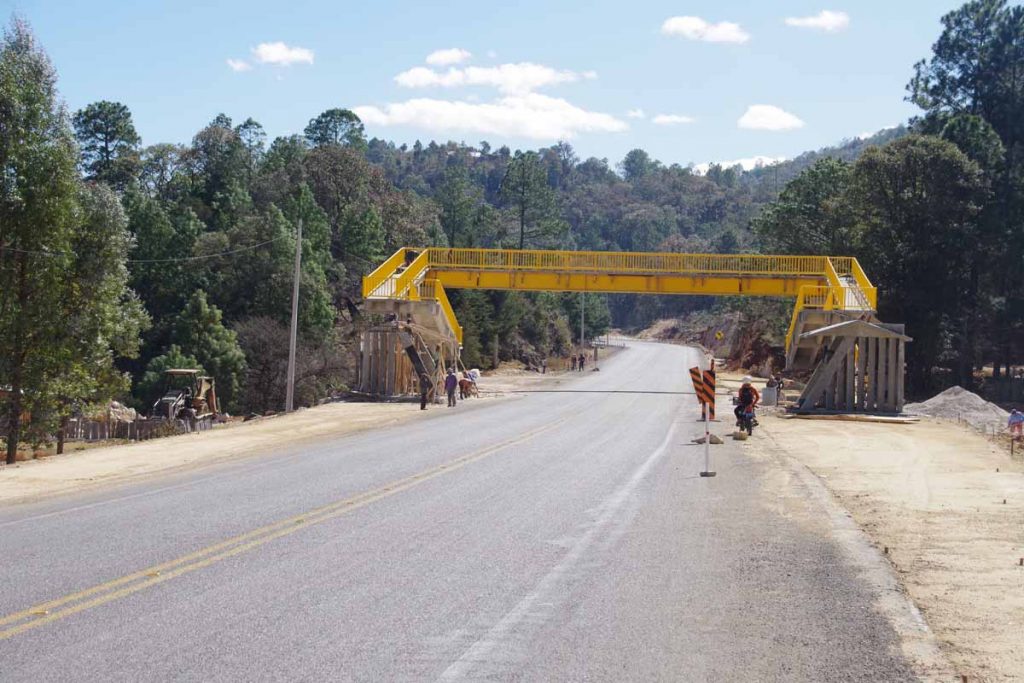 One thing I don’t fully understand is road today had several of these newly constructed pedestrian overpasses. What is strange is the areas are really not that busy, so much easier to just walk across the road than take the overpass. The people in this photo are mostly construction workers. 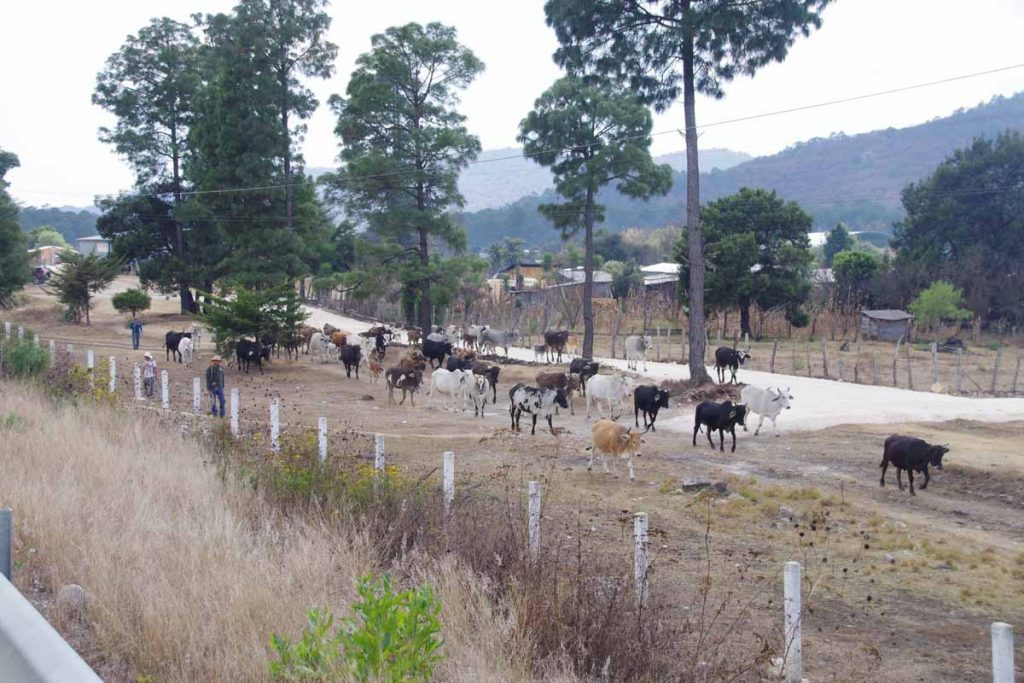 Here was a cattle drive along the way.

We came past a few indigenous villages, though not as many comedors or places to eat as other days. 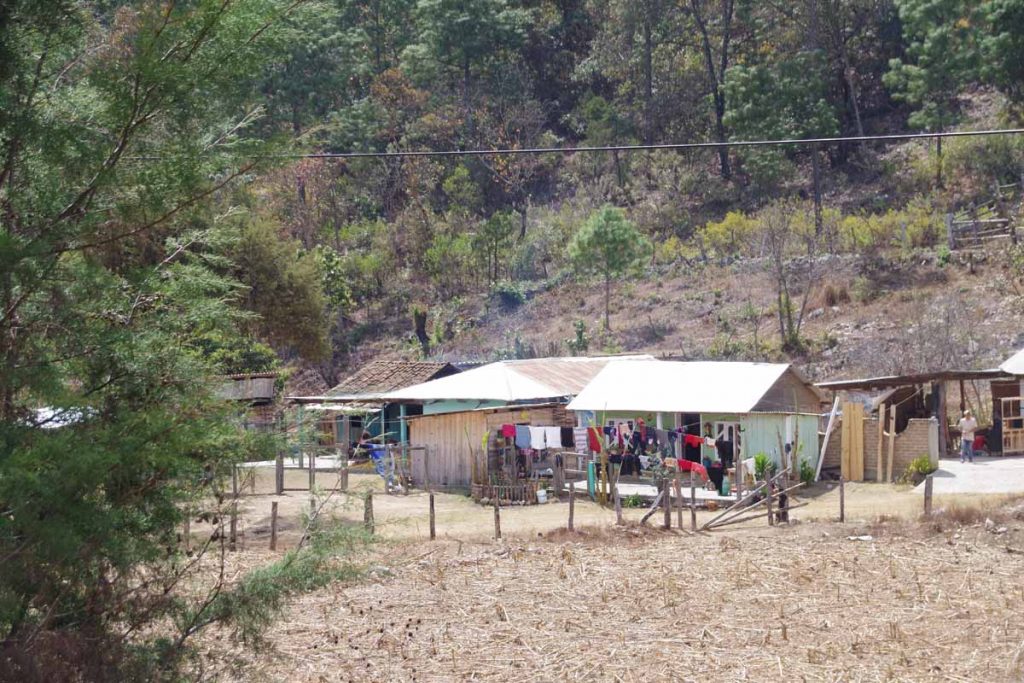 One of the houses we passed along the way. 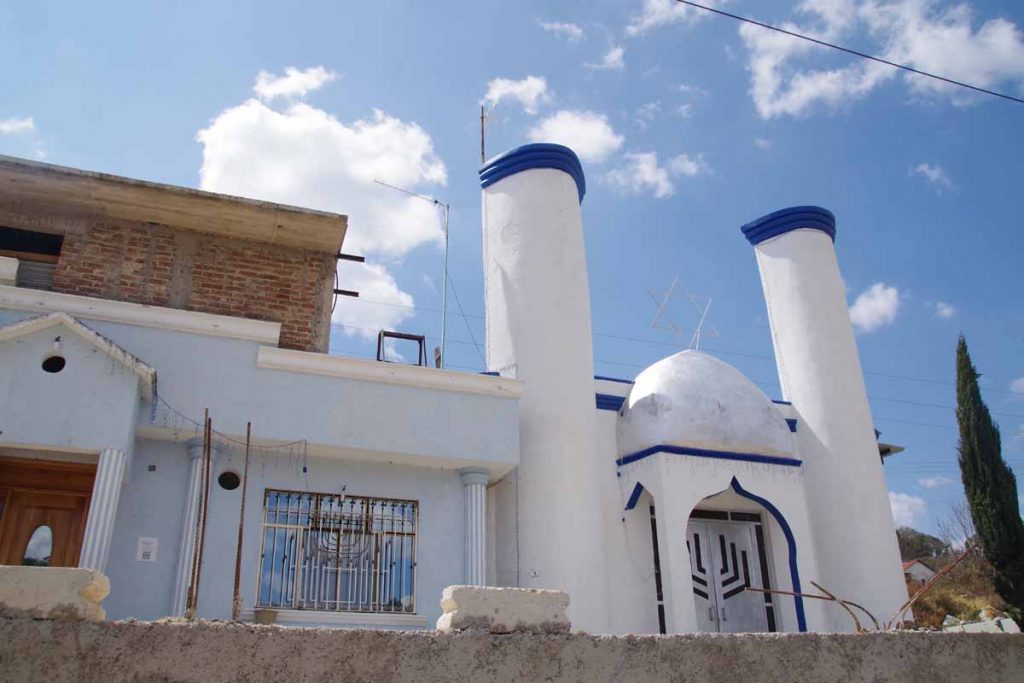 This building was interesting, as best I can tell, a Star of David and a Menorah on the door – but otherwise is a very rural part of southern Mexico. 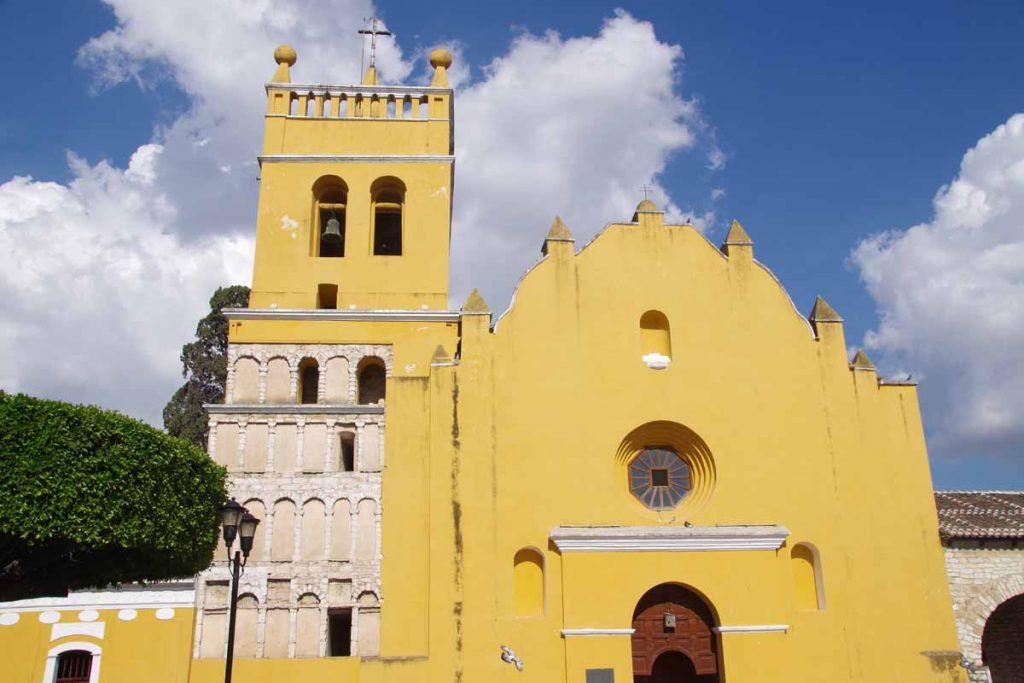 We came down a larger hill and without much difficulty found ourselves in middle of Comitan. We found the main square including church on one side. 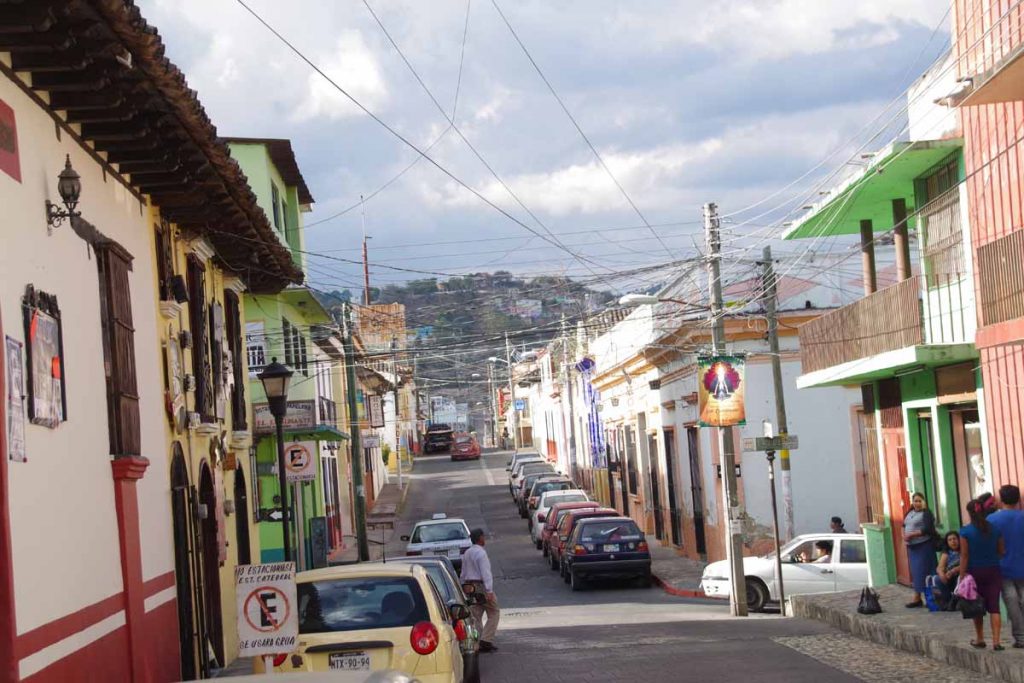 Streets are narrow and parts of the city are still on a hill. We’ve at ~1500m, so still slightly cooler. Otherwise a nice relaxing restful afternoon here in Comitan. If all goes according to plan, we should cross the Guatemala border at end of tomorrow. Not sure whether internet will be as plentiful there as in Mexico or whether I’ll find a SIM card for cell phone right away.

What I am fairly certain though is there should be some hills. Some big hills coming up.

By the way, David now also has a blog of our trip so you can read a second account of our journey.