Last night we weren’t quite sure where we might end up tonight – or even if there was a place indoors.

We’ve been following some common routes as described in bicycling journals. However, the most common patterns are to descend to Lake Atitlan some ~1000m below surrounding roads and then climb back out the following days. The lake is beautiful and there are a number of tourist resorts to relax. However, I wasn’t too keen on either the steep descents or steep ascents nor did we have a lot of time to chill at the lake for a few days. Hence, we stayed up high and bypassed the lake – though then also didn’t have advantage of other journals describing our route. 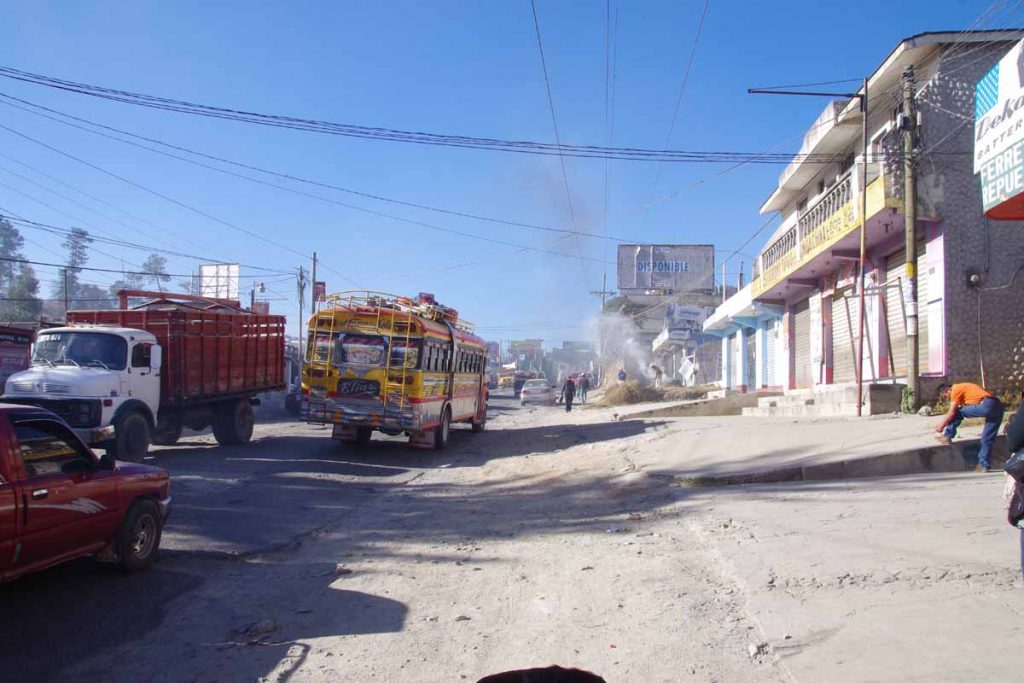 The first 500m of our route today were chaotic, but after that smooth roads and reasonable traffic. As shown in the photo, the hotel was right next to a narrow pot holed road where traffic all backed up. Smoke from burning brush added to the ambiance. However, we mostly walked our bikes through this first bit and were rewarded by a nice smooth wide road – and most traffic going the other way. 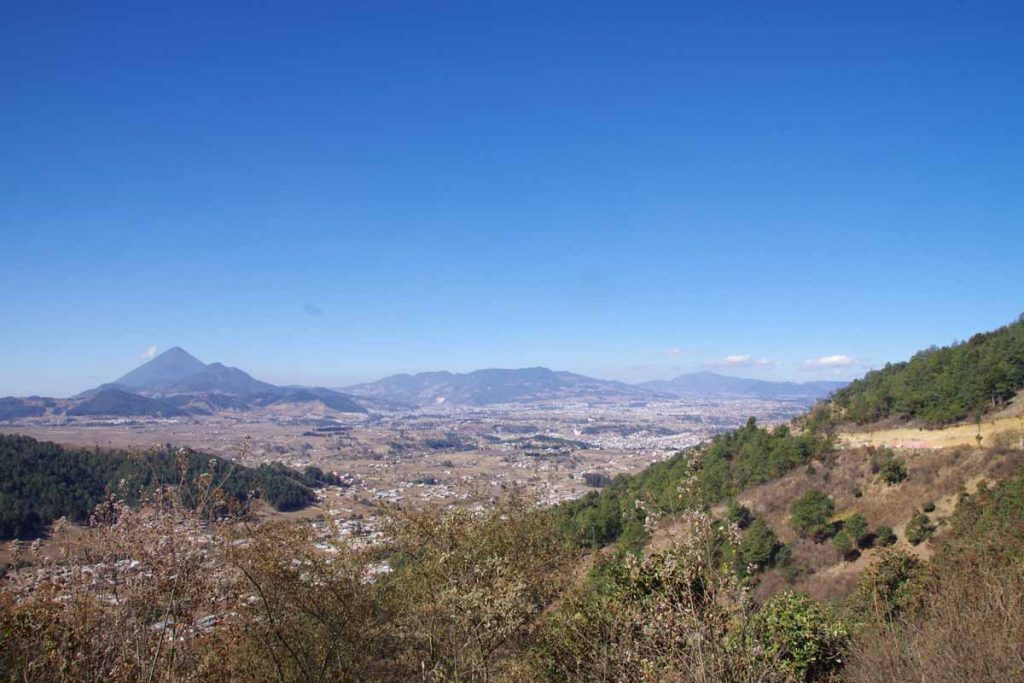 The road did start out with some good climbing, nearly 700m (2300ft) in the first 18km – some of it 8-9% grades. Nothing we couldn’t handle by switching to lower gear and slowly going up the hill. In return, the views were beautiful. 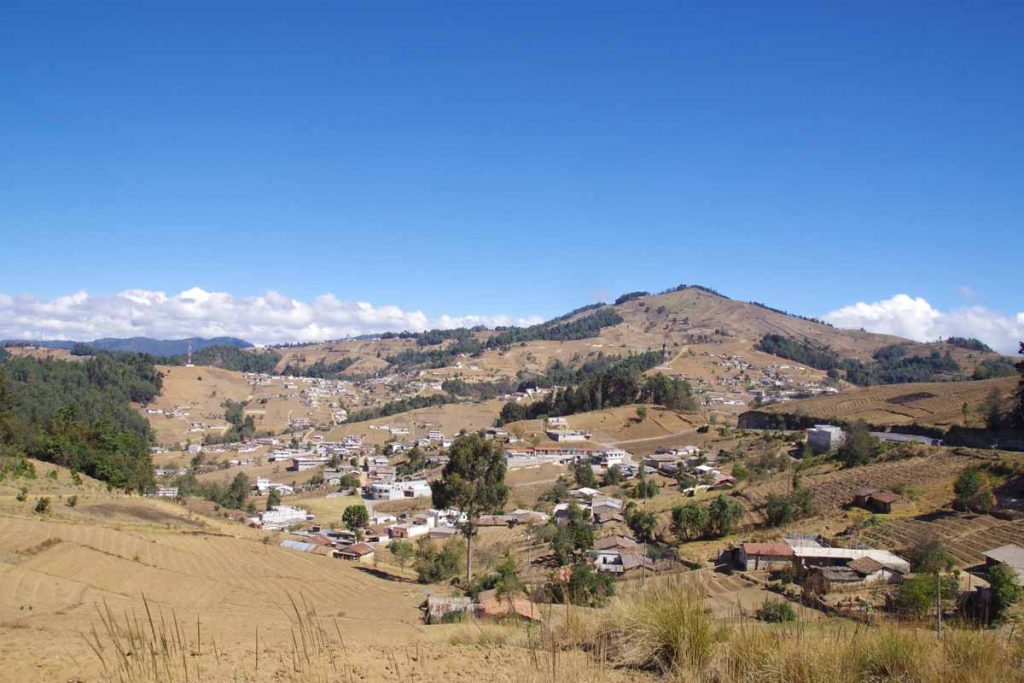 Here was a picture of one of the villages we passed through. 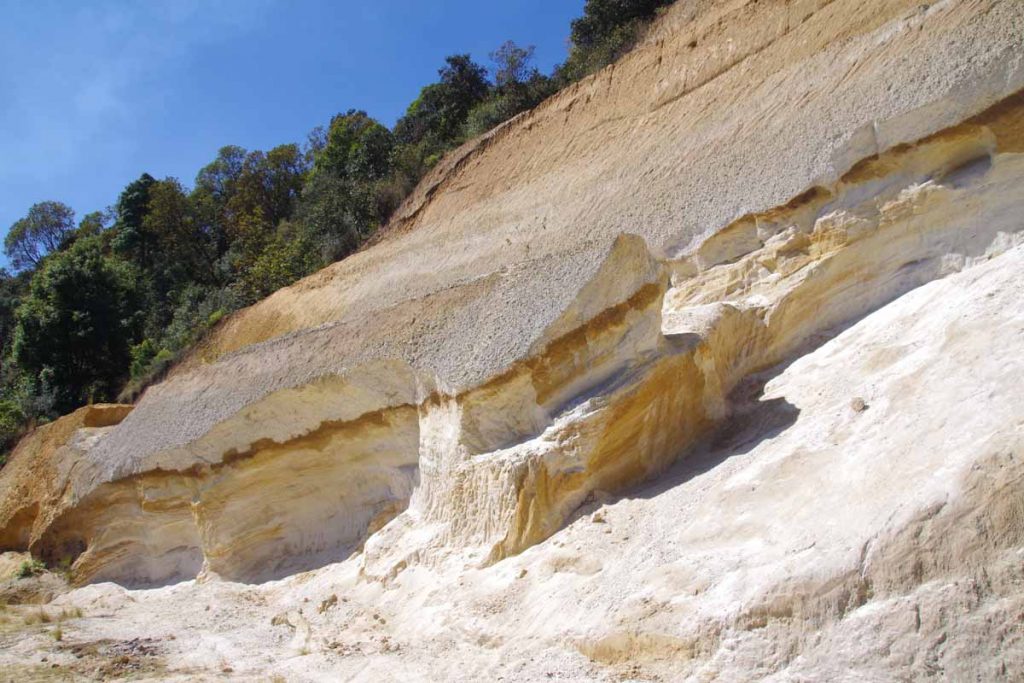 A road cut showed there were still layers of sedimentary rock in these hills. 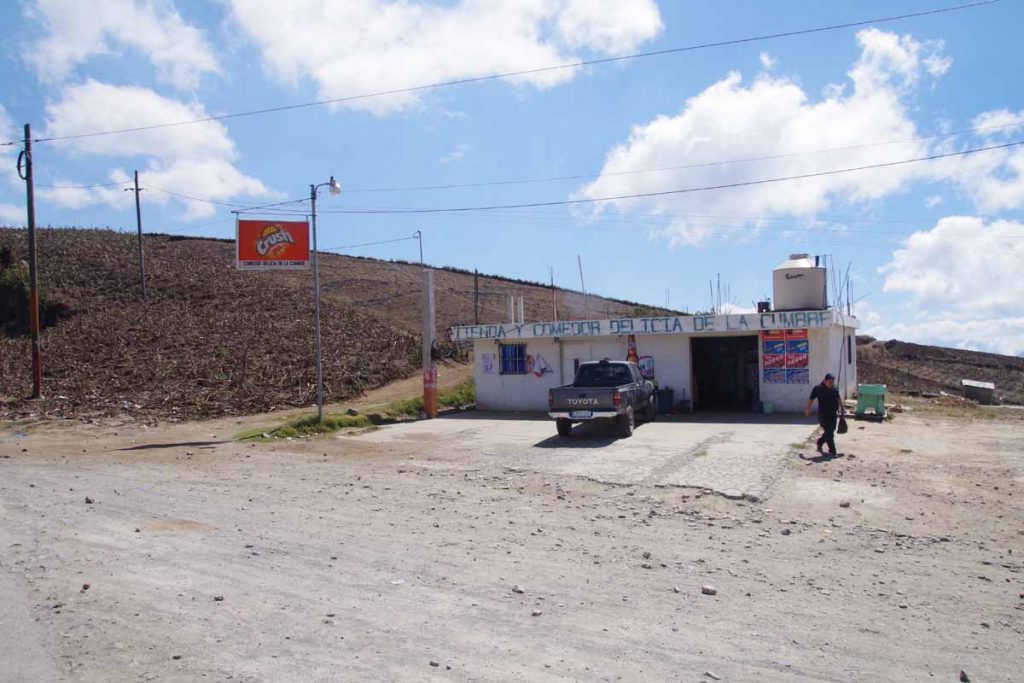 We topped out a little over 3000m (9900ft) near this small store. It was cold here in the wind but we could see down into several valleys. 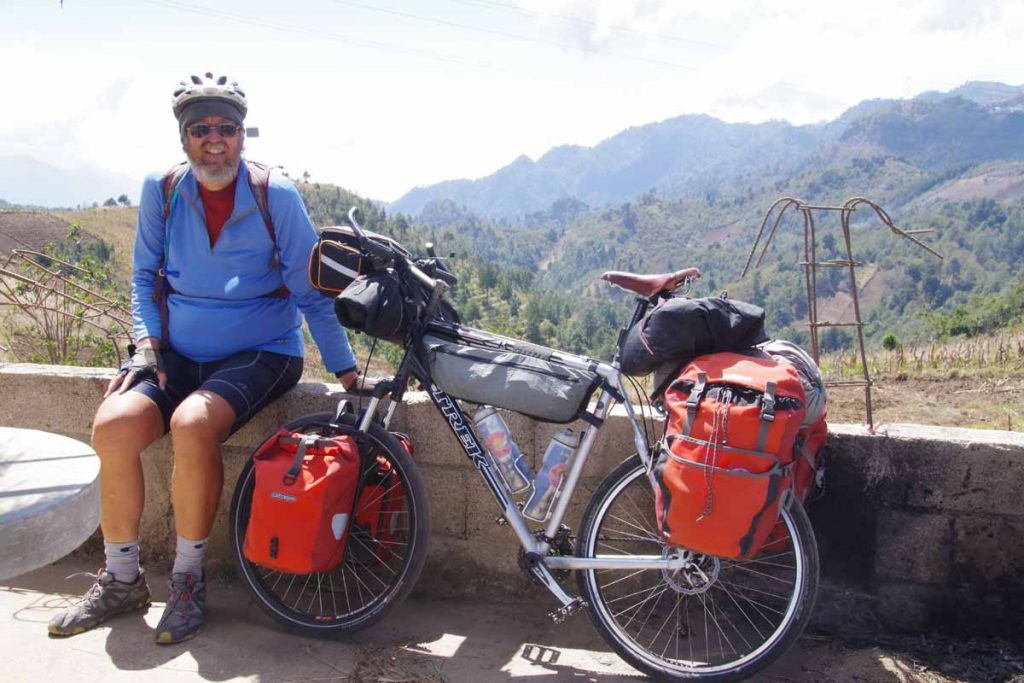 A obligatory self shot near the top. I’ve got two layers of shirts and my wool hat on. I was sweating on the way up, but anticipating cold on the descent. 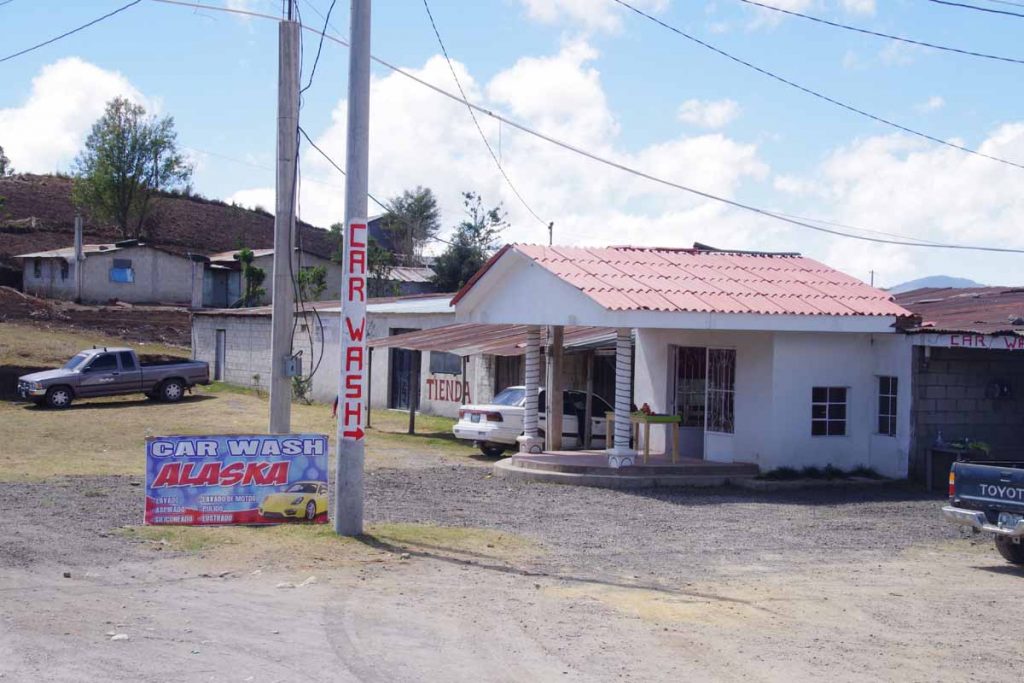 Near the top was small village of Alaska. Here as in other places, we continue to see “car wash” signs.

From Alaska, we descended nearly 500m in the next 8km. We could tell it was getting warmer as we descended. We found a small comedor and had lunch inside. We’ll often end up with a plate with entree (e.g. some chicken or hamburger), server together with rice and beans and a small basket of corn tortillas. 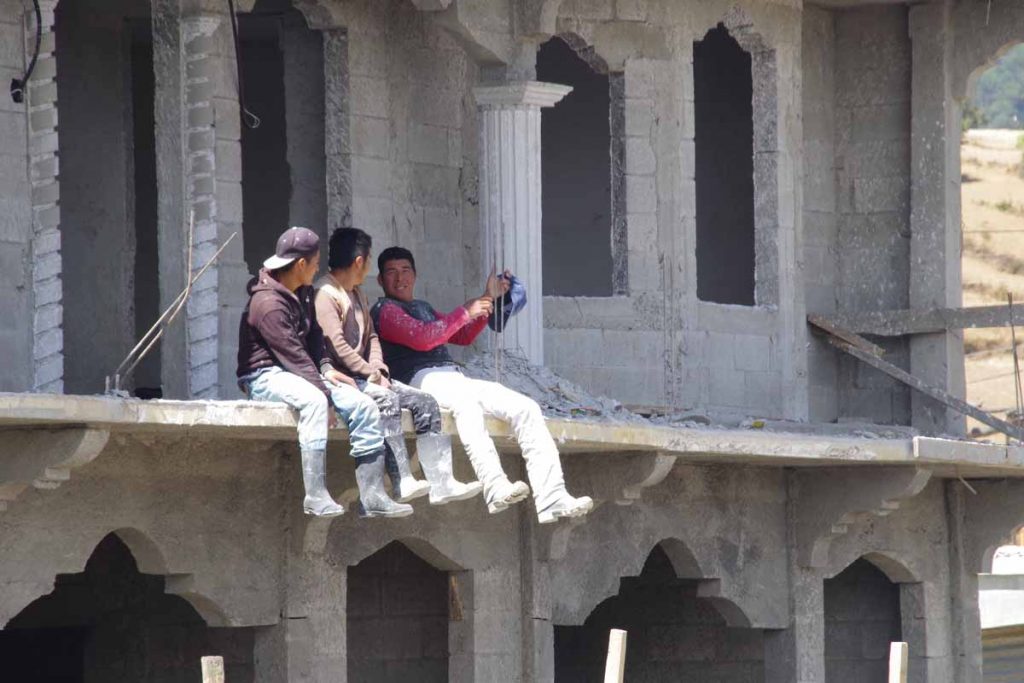 These guys were up across the way watching traffic. 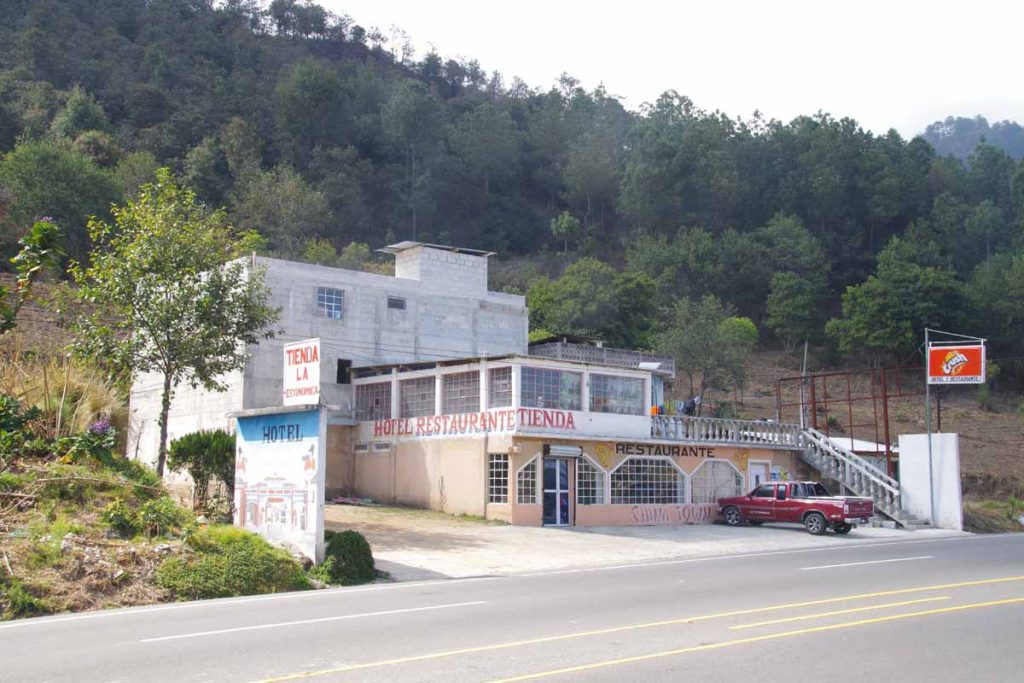 From here we we went over a number of smaller hills. Our net elevation didn’t change much, but we would climb out of one drainage and then ride over and down the next. The road also wound its way across multiple bends. It was fairly populated region. Sign above listed “China town” as well as Chinese restaurant here and across the street.

At 45km, we stopped in at our first potential hotel. It was a bit upscale and didn’t have internet but they told us the a town 16km away would have several hotels. So we set off over and around a few more hills. 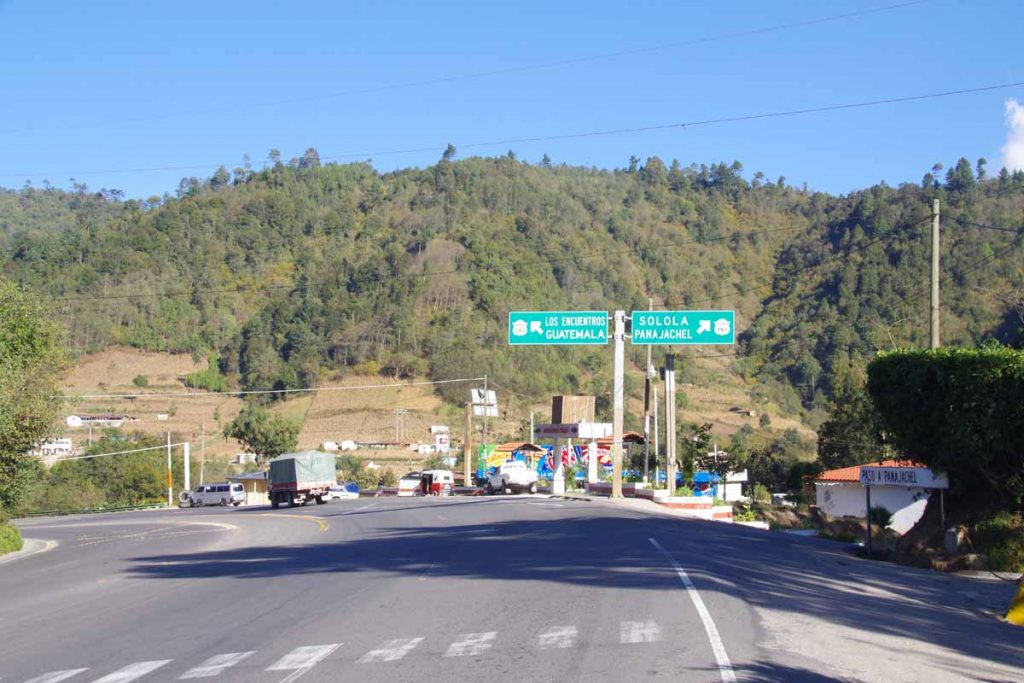 We passed a turnoff to Panajachel, one of the primary tourist sites along the lake and instead went left on the main road to Los Encuentros and on our way to Guatemala City.

Overall a good ride today with 1285m of climb split between a long somewhat steep climb to over 3000m and an afternoon with a lot more shorter but sometimes also steep climbs. We were on a major road, but the road was wide and well surfaced and traffic generally well-behaved.