Today a lot of climbing but also descents as we rode through the highlands. 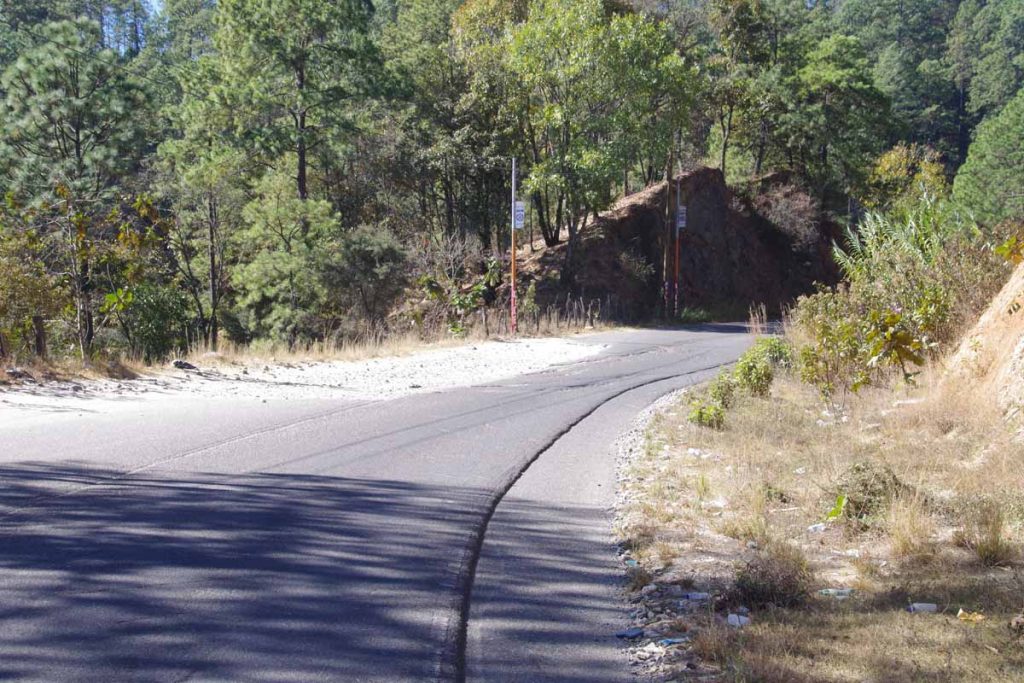 After 4km, we joined back to the Pan-American Highway. It was mostly a two lane road. We had more potholes and rough patches than before, though also some smooth bits. Traffic was lighter than I expected (Sunday?) but still need to keep an eye out for those chicken buses with horns blaring driving at high speeds. 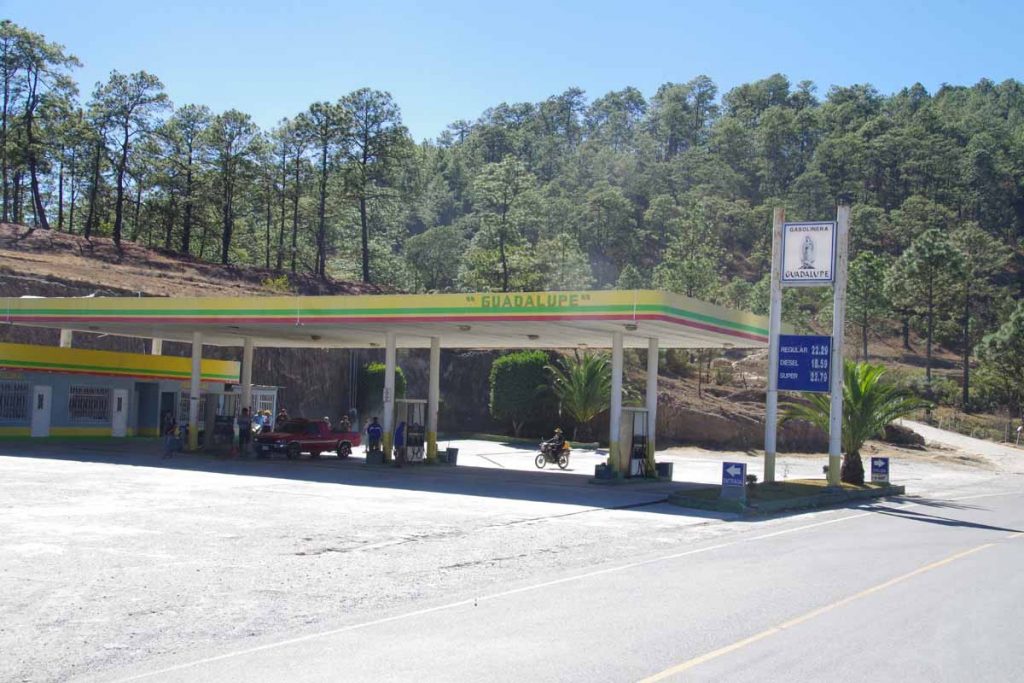 There are about 7.5 Quetzal to a dollar so we were initially surprised to see gasoline prices in the ~21Q range. However, someone explained that gasoline is sold in gallons instead of liters (Mexico prices in liters).

In addition to reused US school buses, we also see a number of US trucks with the original lettering still on them, e.g. Port Charlotte Florida seafood. 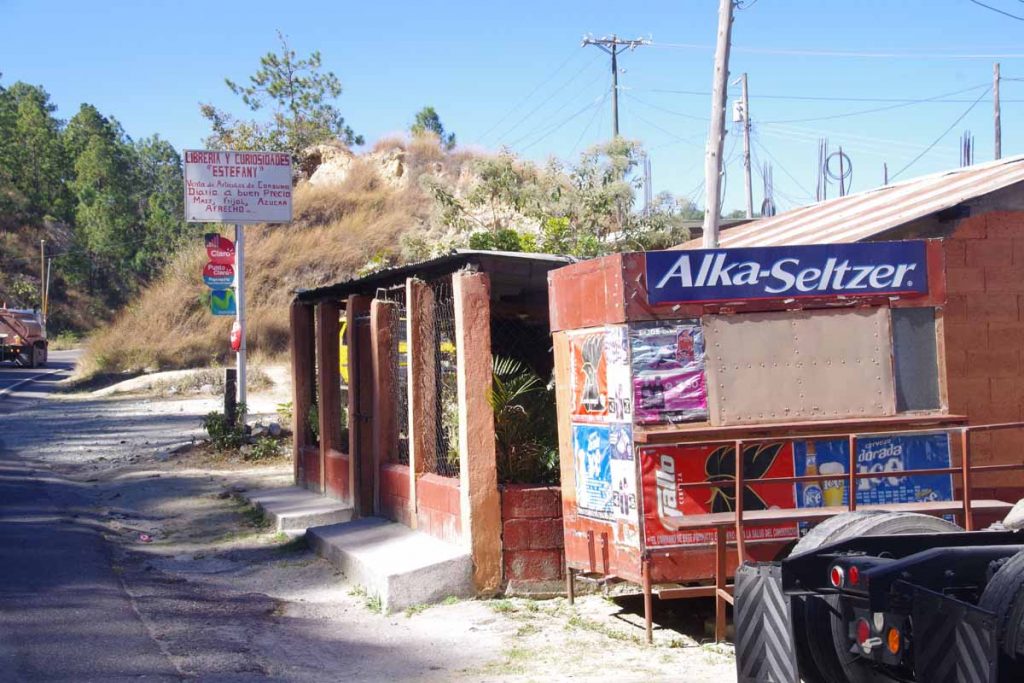 The other thing I’ve noticed is Alka-Seltzer and Aleve seem to have done a lot of advertising here, even on some small buildings.

During the ride today, we had both an abundance and a lack of small “tienda” and “comedors” to buy things and get some lunch. Seemed like we were coming past many of them, until we decided to stop at the next one for lunch. We passed one or two that weren’t open or suitable and eventually came to small village of Tierra Blanca. It didn’t have a comedor either but friendly people around the main square and several shops to buy things. By now we had climbed ~2400ft (750m) from our lowest point and were two-thirds of the way up the largest hill. 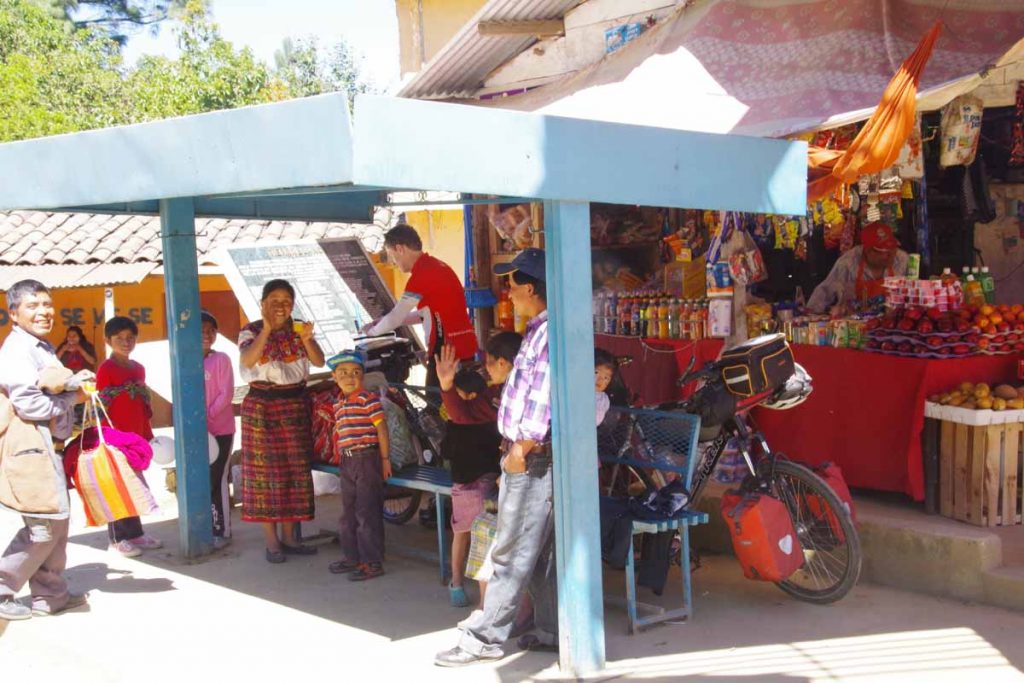 Some friendly and curious locals came as we were eating our lunch items at the bus stop bench. 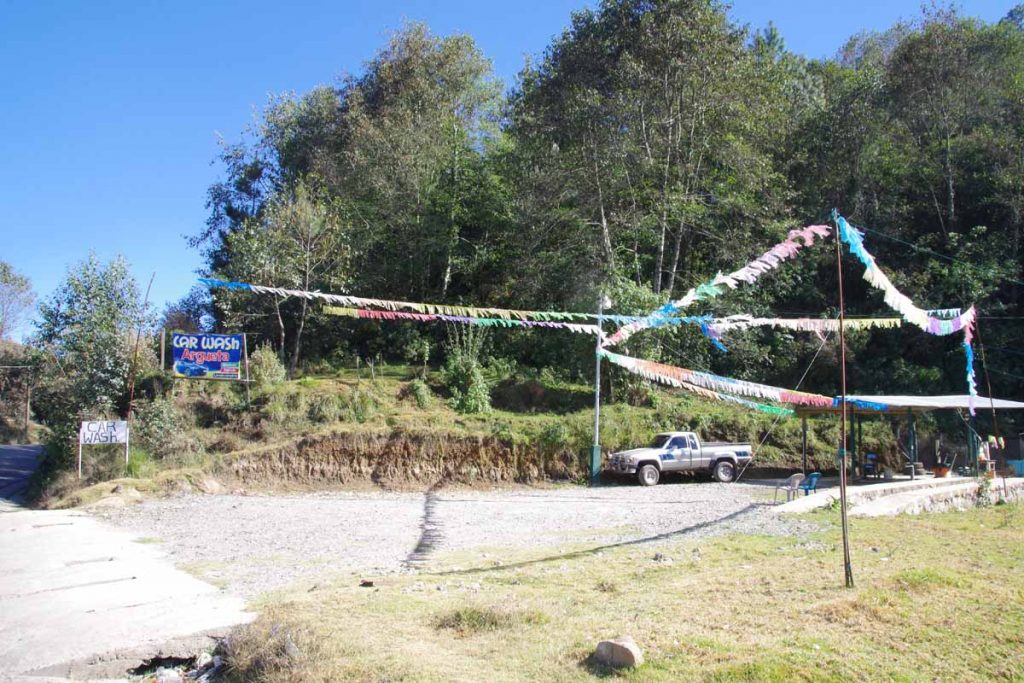 A little further was this car wash, one of several along the way.

Finally reached our highest point (2810m, 9200ft) at 58km mark. From here it was a reasonable and not too steep descent most of the way. 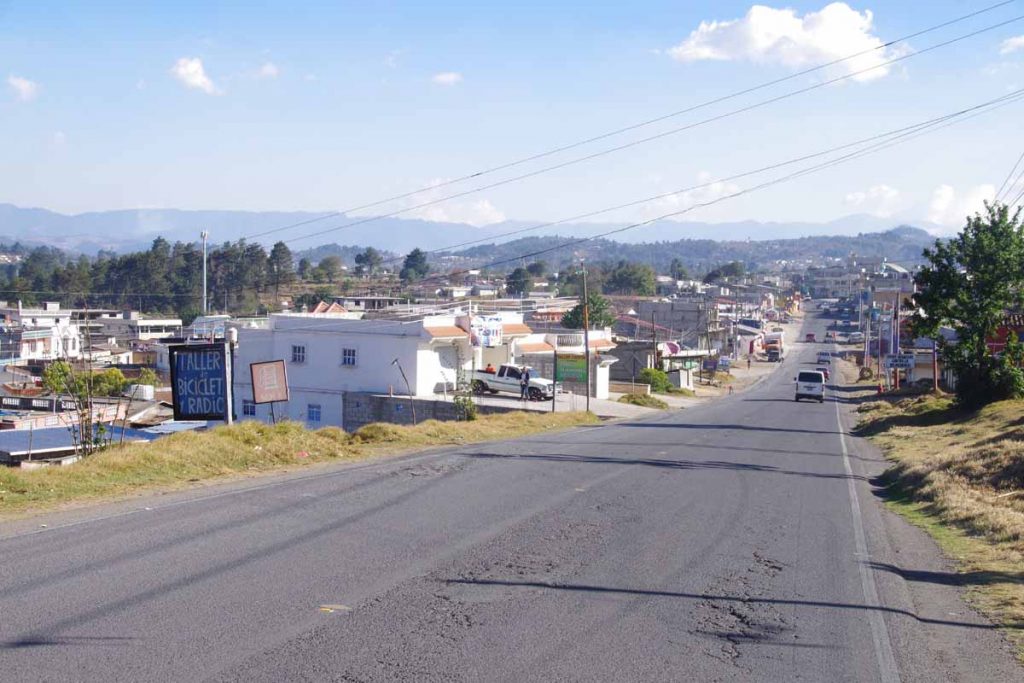 One of the villages we crossed had a taller (workshop) for fixing both bicycles and radios. 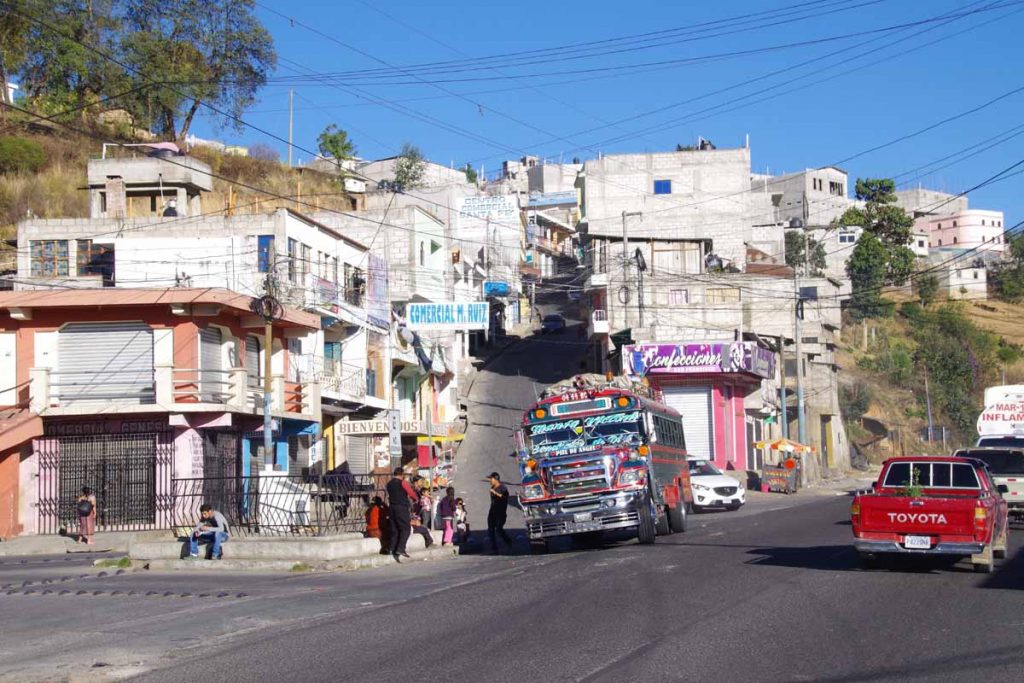 The village of San Franciso El Alto had a steep little street as the main street. 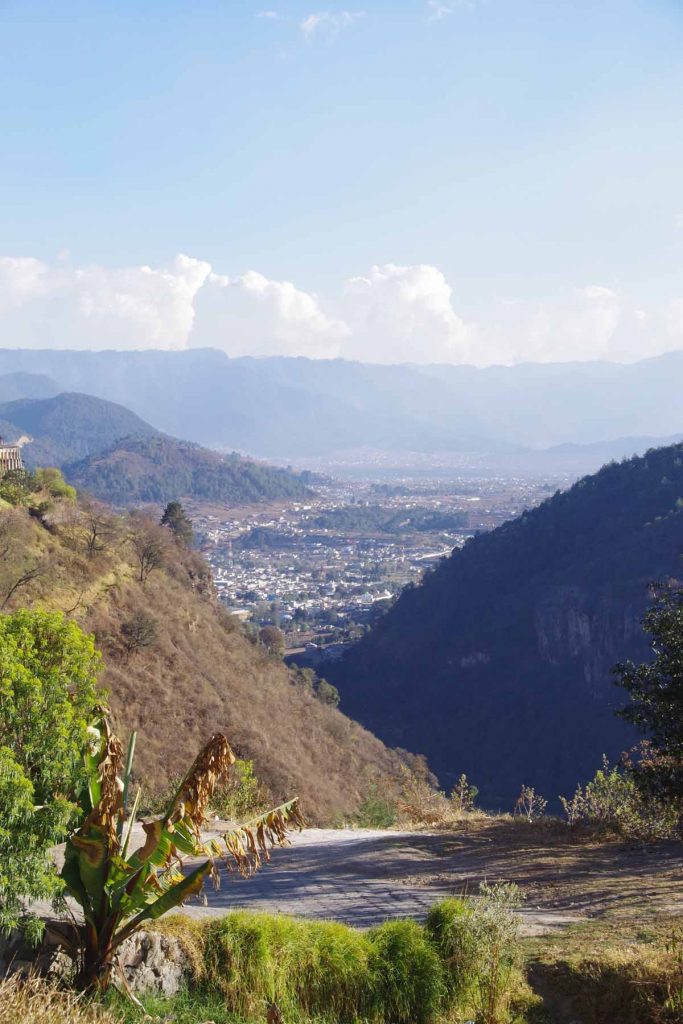 This was view looking down the last little hill into San Cristobal. Hooray! It had been a long day and now almost 5pm when we pulled into town. 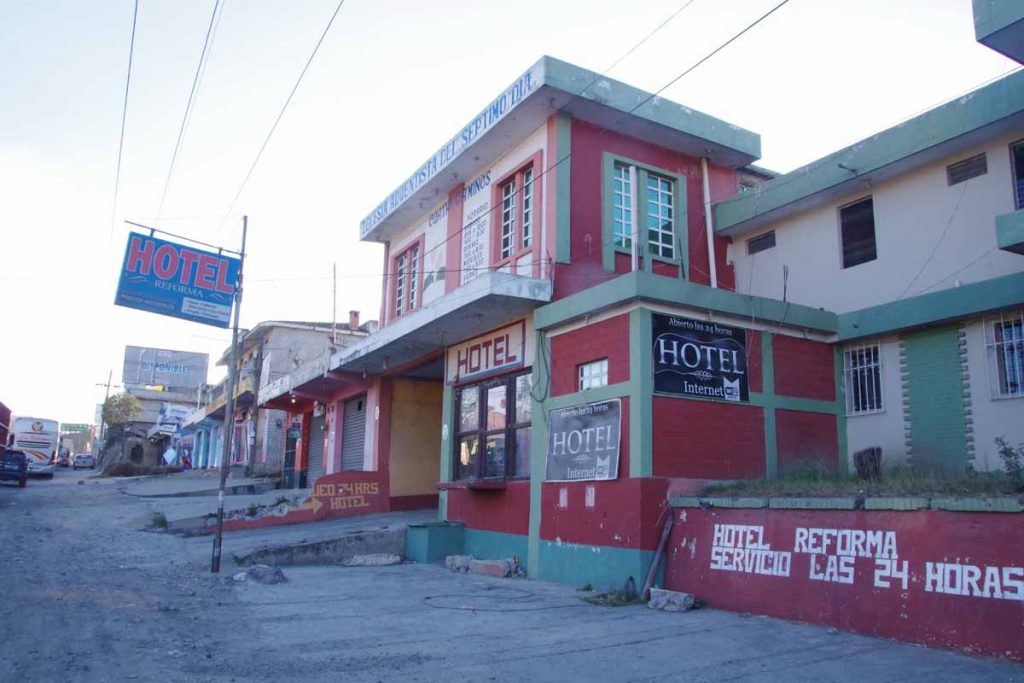 Signs were out for a little hotel and it even had internet.