All day today we rode the Pan-American highway headed towards Guatemala City. It was busier today than yesterday and seemed to get more crowded as we neared the city. Not the most pleasant riding, though it gets us where we are trying to go. 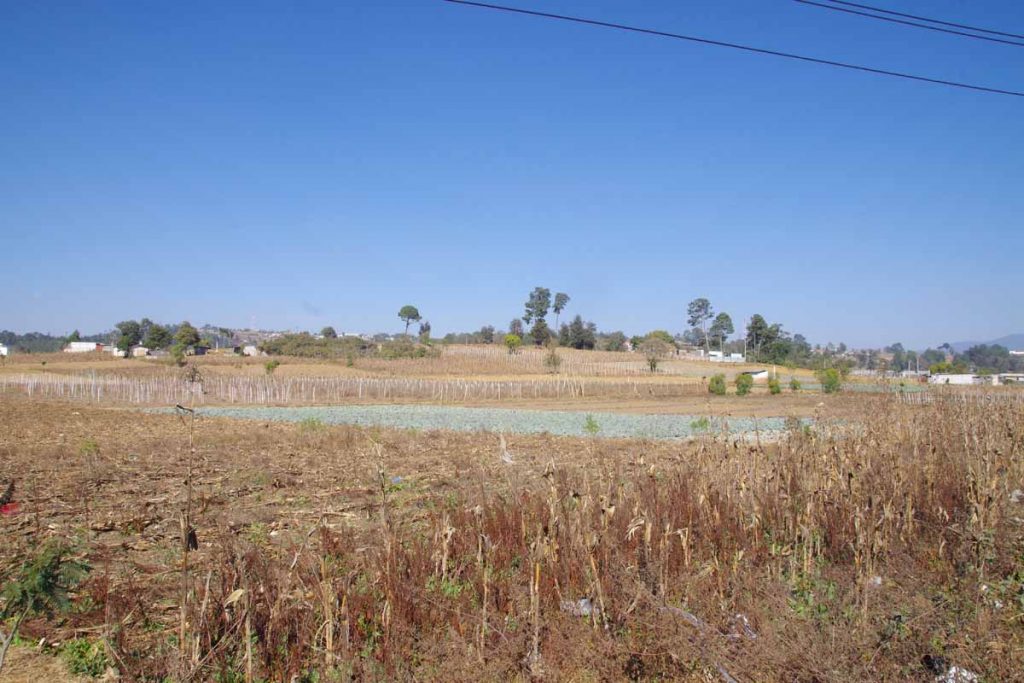 After going over some low hills from Tecpan, we came into more of an agricultural area near Patzicia with workers in the fields. 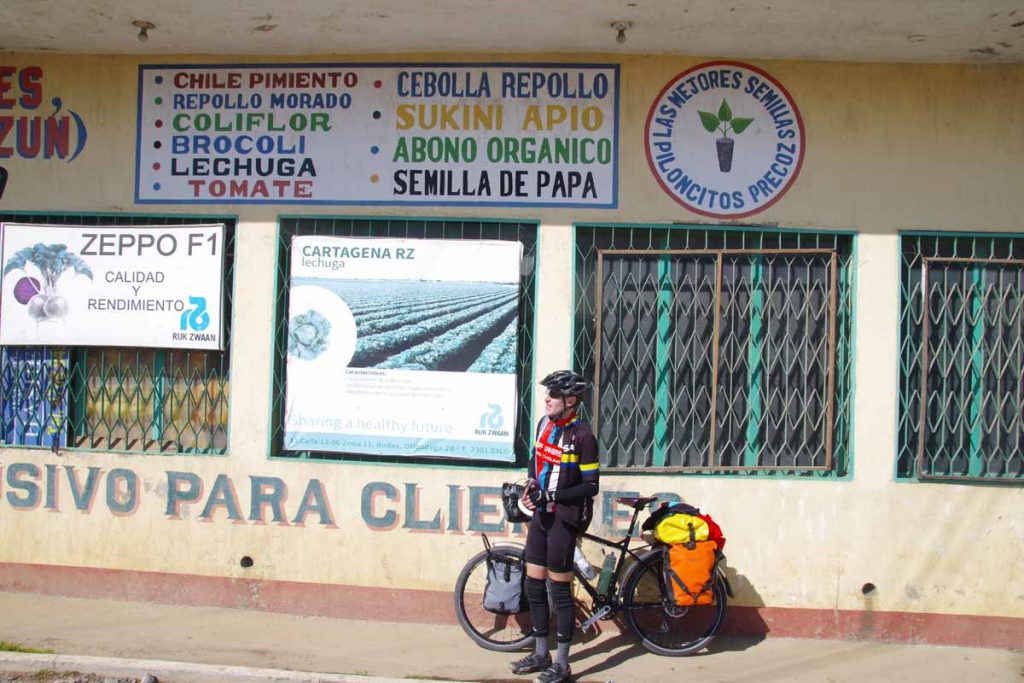 After Patzicia we had more ups and downs on the road. Except for a stretch through Chimaltenago, it was two lanes with a shoulder. Sometimes the shoulder was down a little ridge and sometimes cars would block it, but we could usually ride on it. 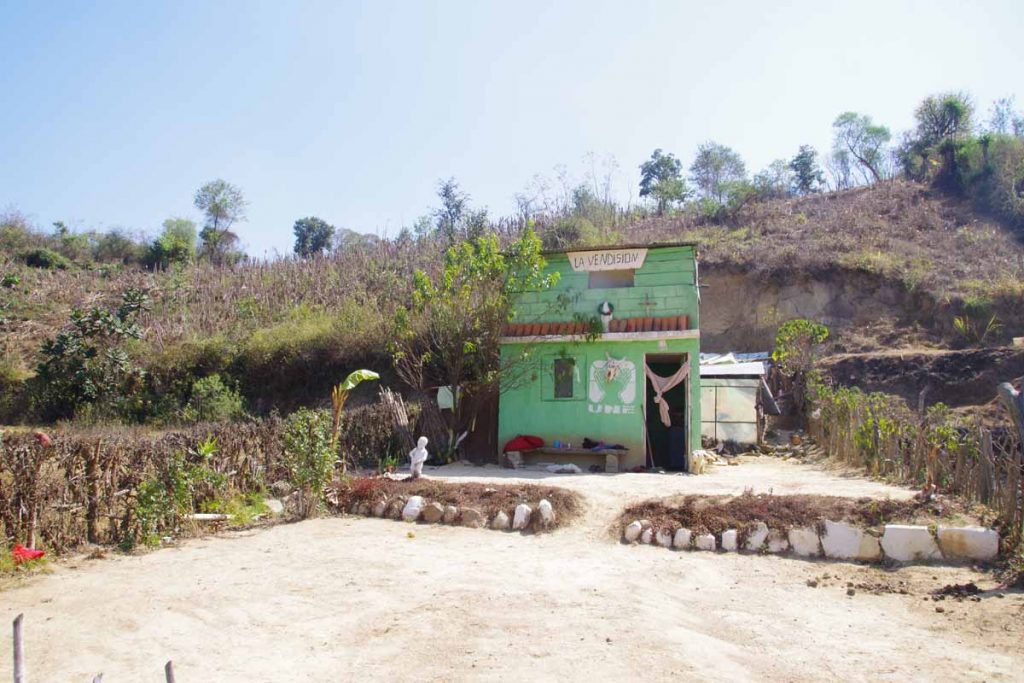 A small store that we passed. 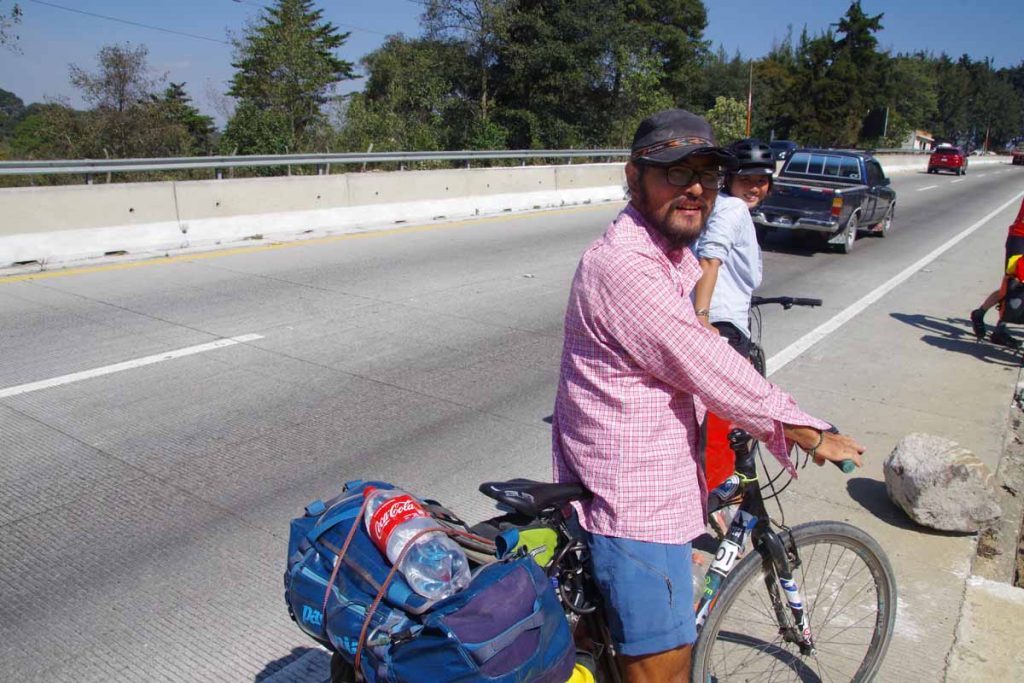 Some Korean cyclists came by – as part of their Alaska to Argentina ride. 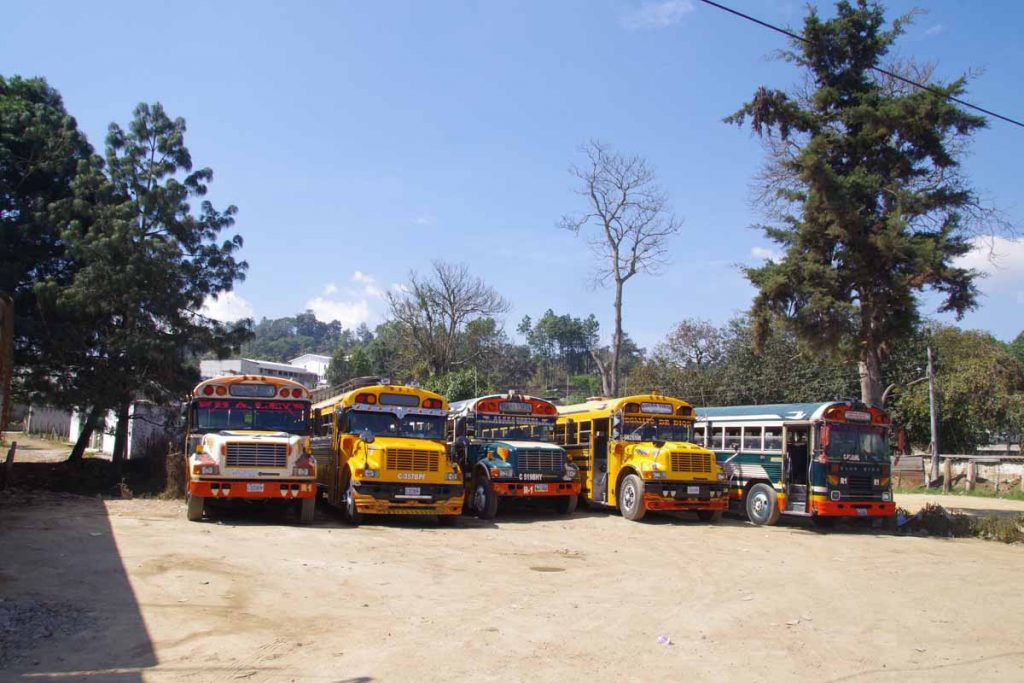 A row of chicken buses in Chimaltenago. The road narrowed to one lane and it was somewhat congested as we rode through town. Once we passed the midpoint, we found a small comedor and had lunch. 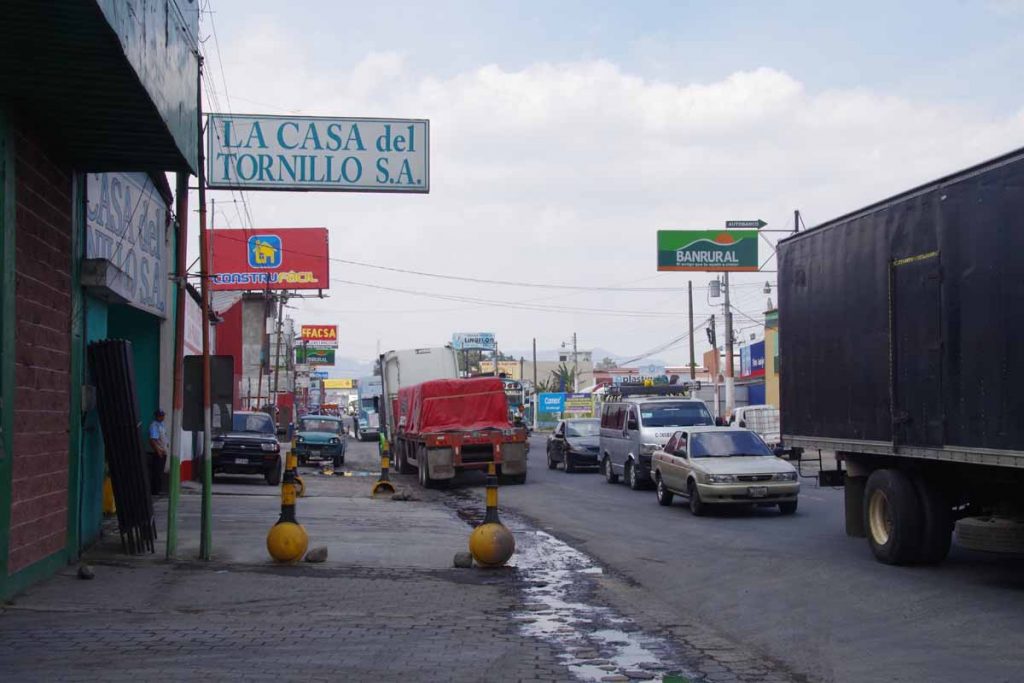 A view of the road from lunch, it typically looked this crowded. 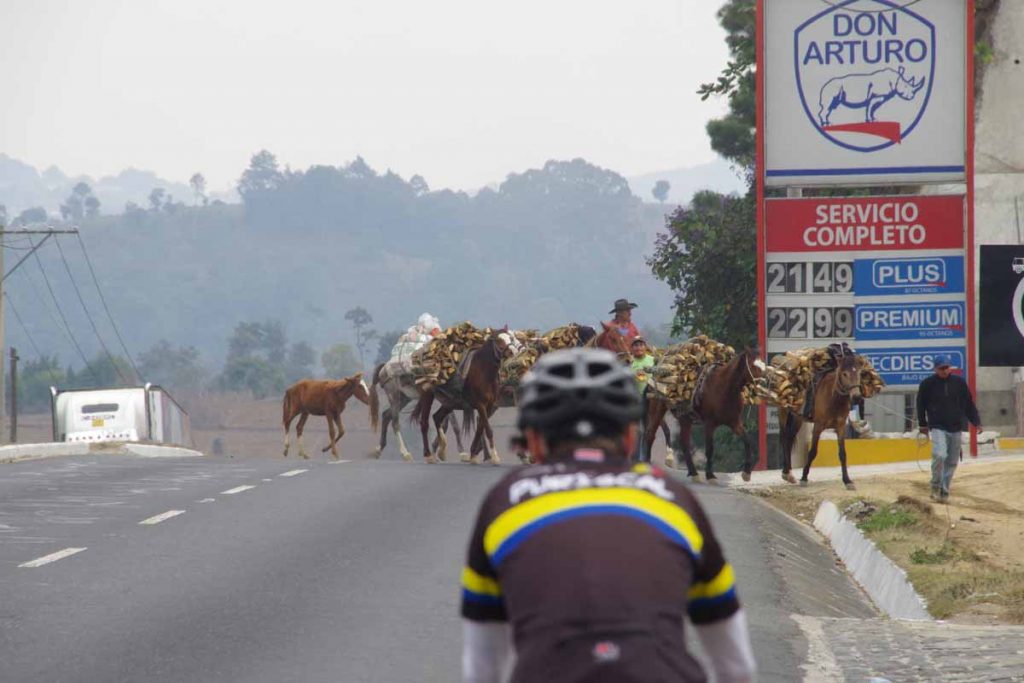 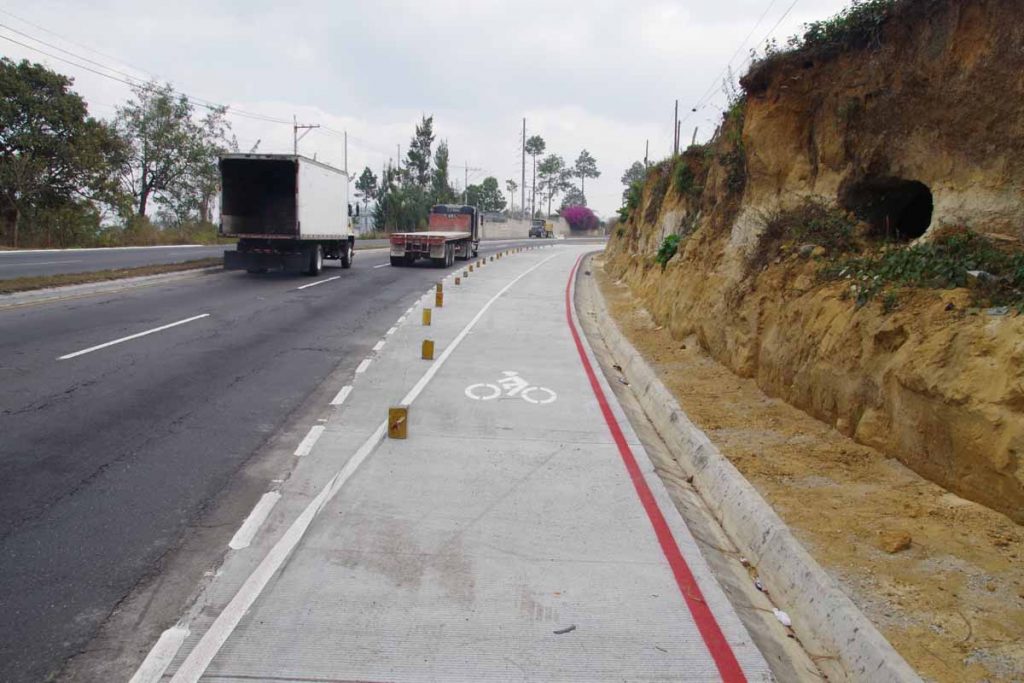 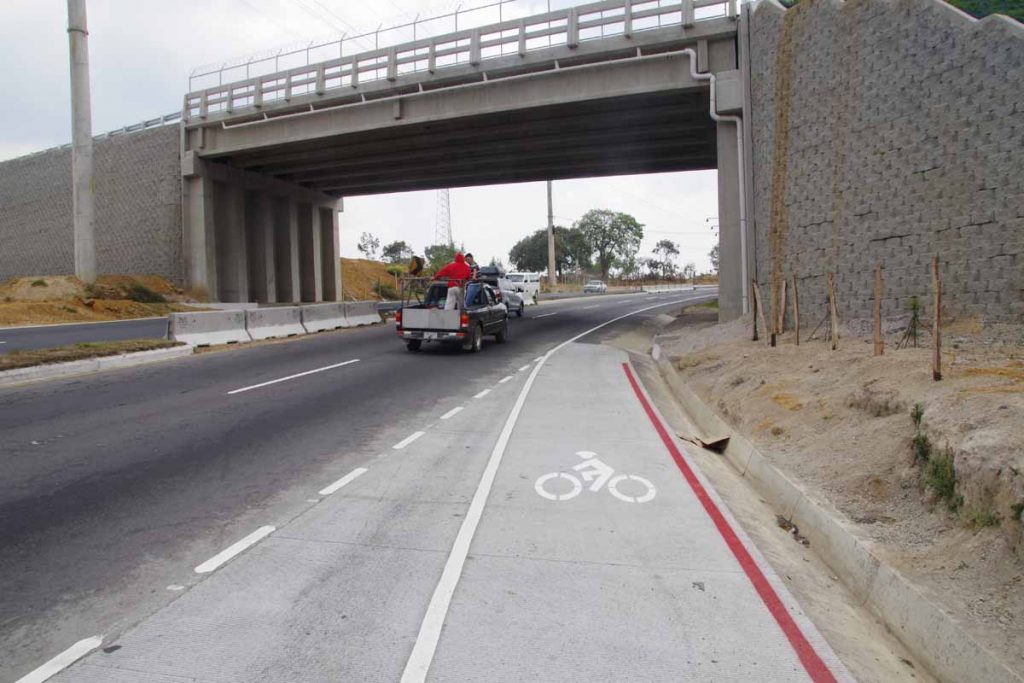 However within 200 meters, it ended. Apparently only being placed here as part of an intersection.

After this some more hills to climb as we made our way to San Bartoleme. We found a relatively expensive hotel and were able to negotiate the price slightly lower. Next hotels are likely already down the hill from here into Guatemala City. Decided to leave that excitement for tomorrow.