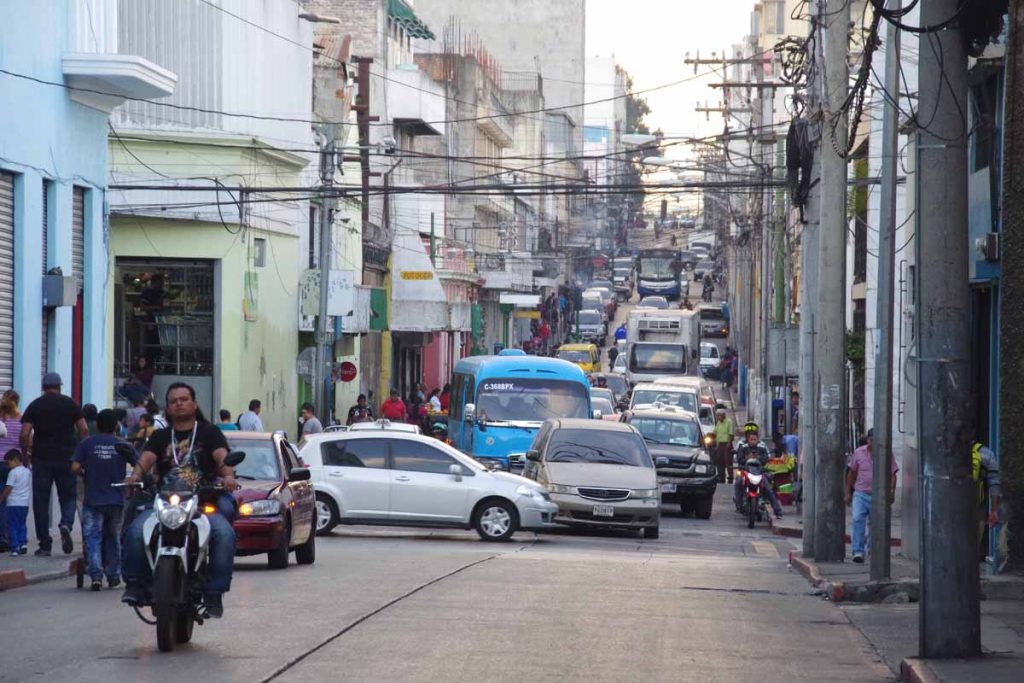 Today a short ride that was easier than expected into Guatemala City. An afternoon visit to a bike shop and a chance to walk through parts of the old town.

Our hotel last night was 500m higher than Guatemala City. Yesterday we had ridden in on busy Pan-American Highway with varying condition shoulders. The big question for today was would those shoulders get better or worse, particularly on the descent into the city. Another cycle touring blog had suggested it wasn’t too bad – and I would have to agree that riding into Guatemala City was easier than some Mexican cities I have ridden across. 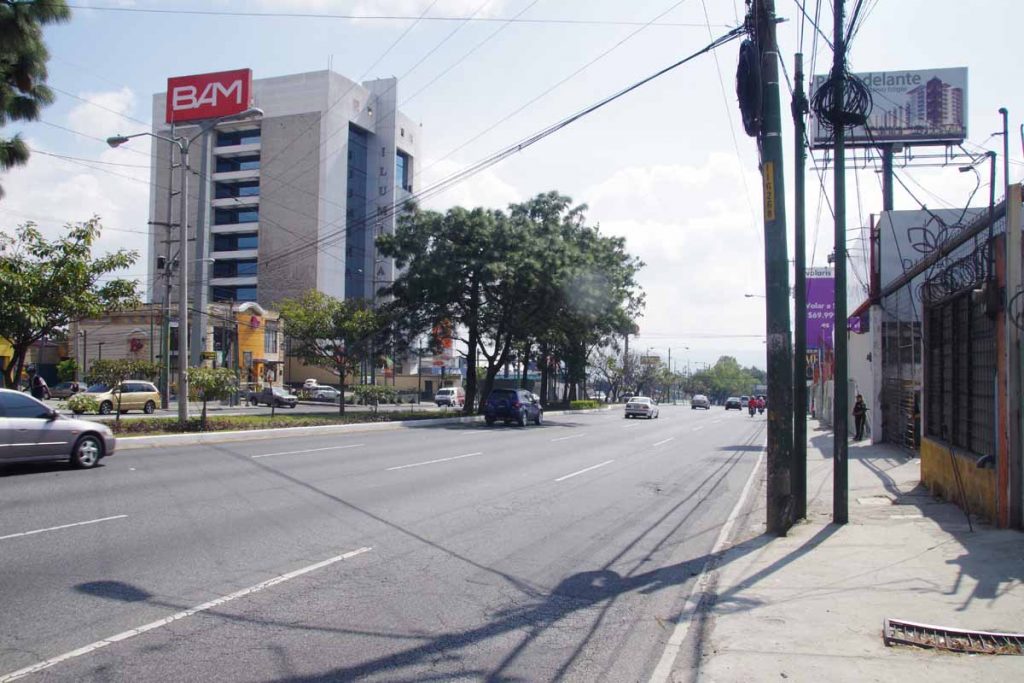 We took our time packing up and leaving this morning as we had less than 30km to go. The road started fairly level for the first 5km and then for the next ~12km was a reasonable descent. What really helped is the shoulder was ~1m wide and stayed at same level as the roadway. There was a lot of traffic but bike and car could both ride together without much trouble.

I am always slow on descent. David went ahead and somehow I passed without either of us spotting the other. However, we had an agreed upon destination and continued to that point. After about 16km, the road shoulder went away but cars/trucks were still fairly polite. Not much further a third lane was added and little while where photo above was taken, a fourth lane. 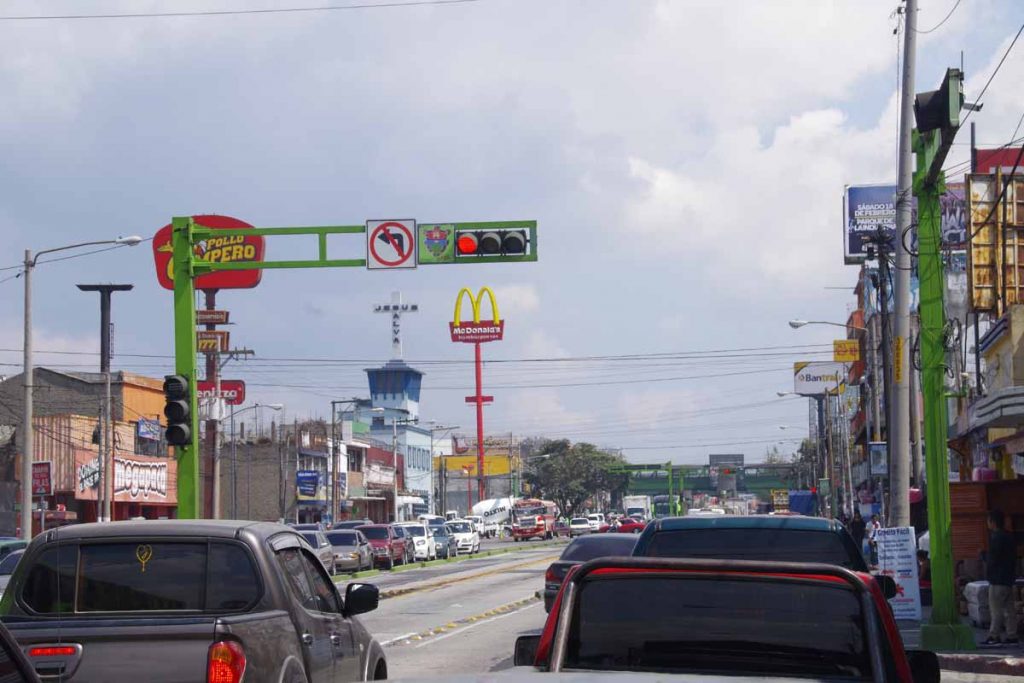 At 22km was a major turn. I stopped to confirm the intersection on my phone. Coincidentally just a few moments later David also rode to the same point asking for instructions and so we were able to cycle the last ~4km together. It was a bit slow and hectic but without much difficulty, we found our destination point and checked into a hotel. 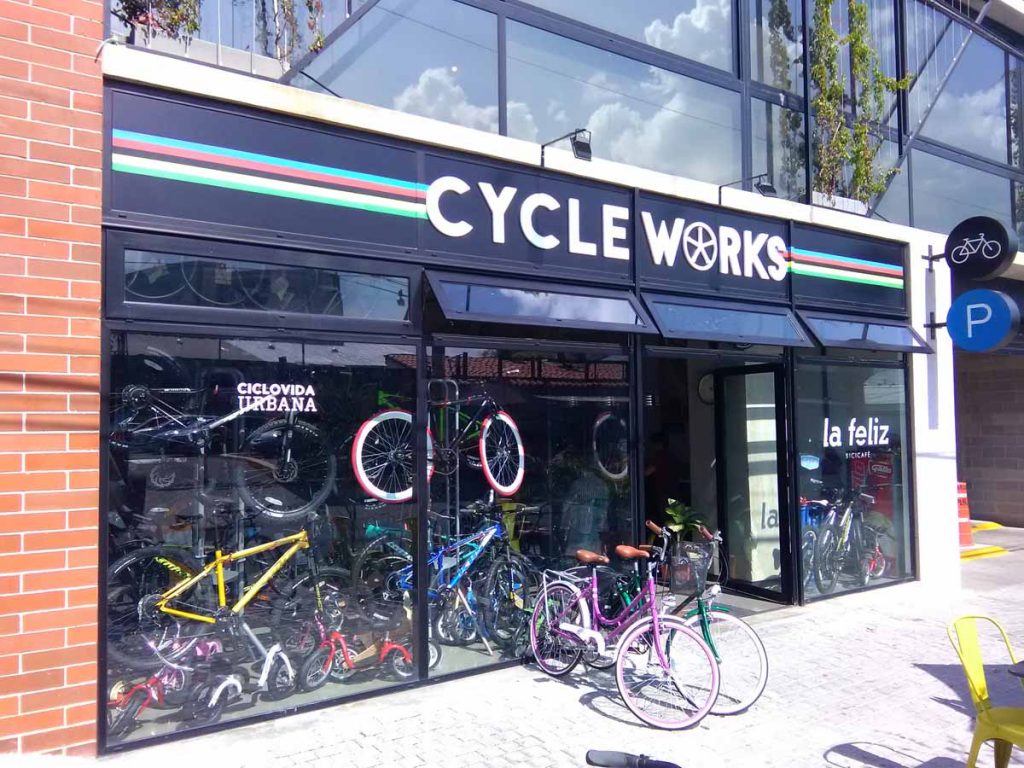 First exercise was to find a local bike shop. First one only sold bikes, but we were fortunate to find Cycle Works which is a well-equipped professional shop. Luis, the owner as well as his mechanic, replaced my disc rotor and pads. 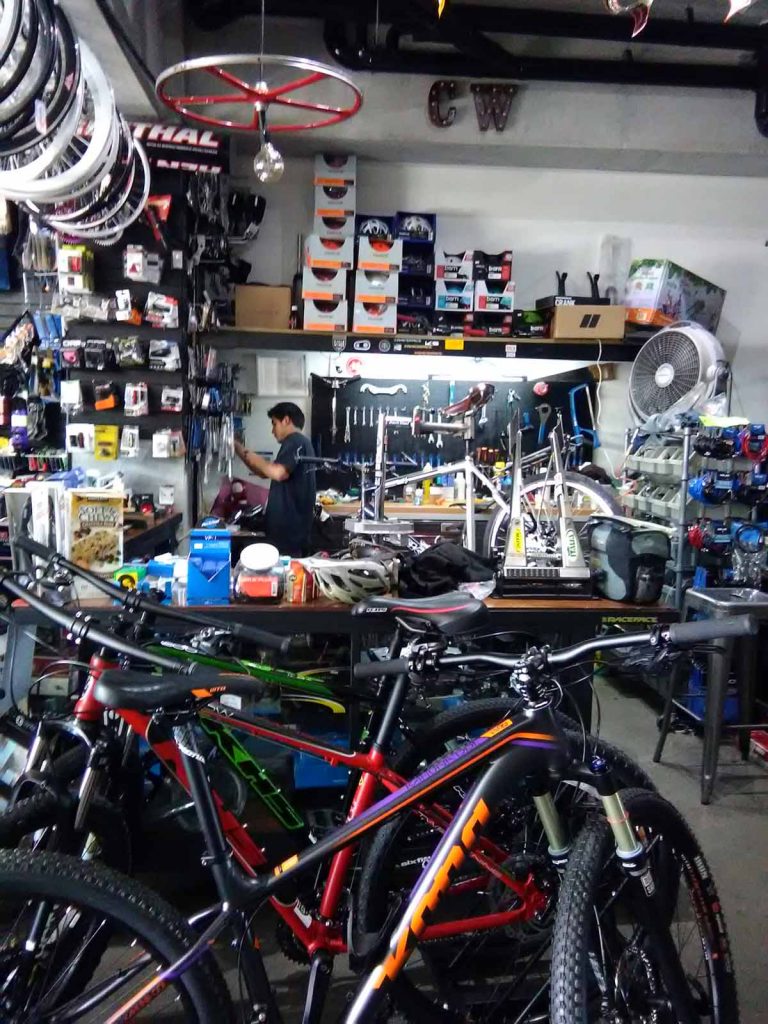 I had brought a spare rotor as well as extra pads with me, and after replacing pads at motorcycle shop on the road a few days ago, figured it would be useful to get things checked before the next set of hills. 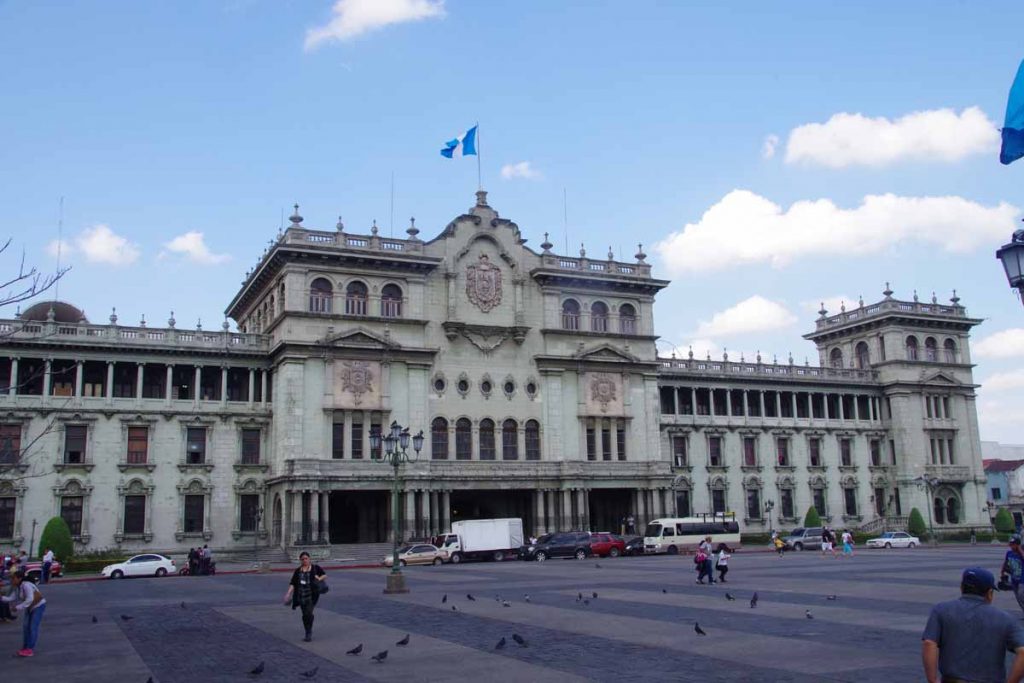 After that, I got a chance to walk through some of the city. Photo above is on the Palacio National De La Cultura. 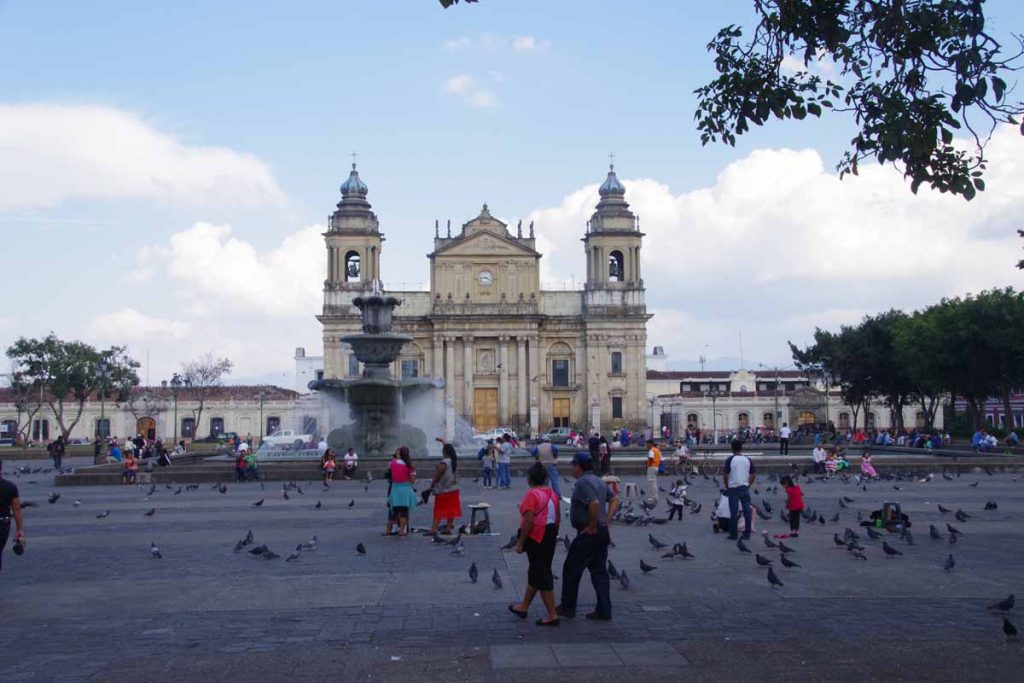 Next to the plaza that also has Santa Iglesia Cathedral. 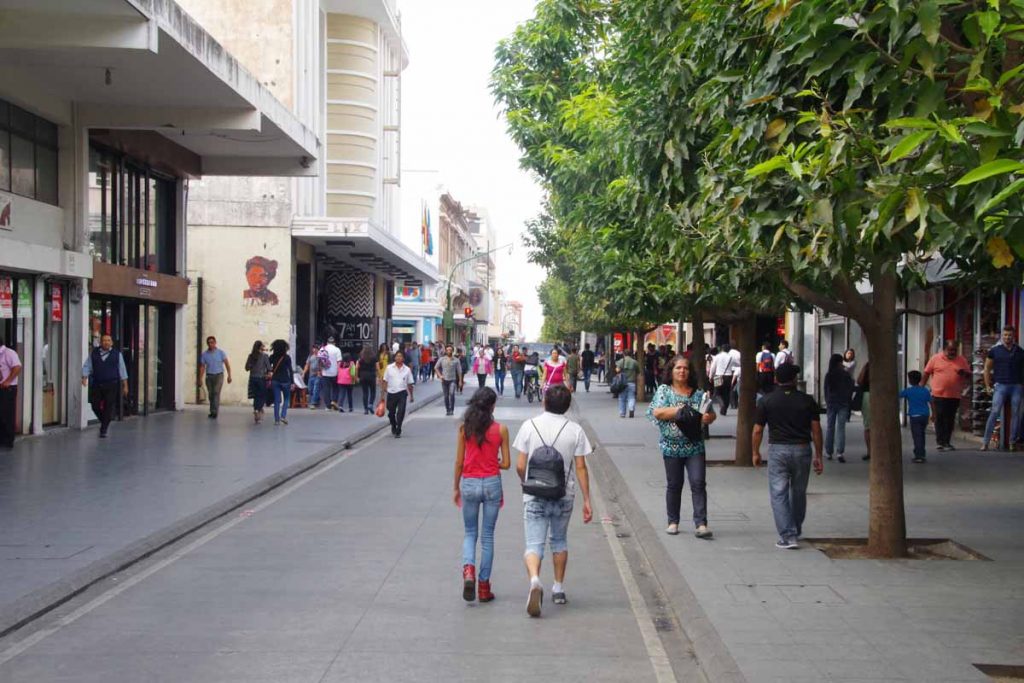 There is a pedestrian mall here, also marked for bicycles. 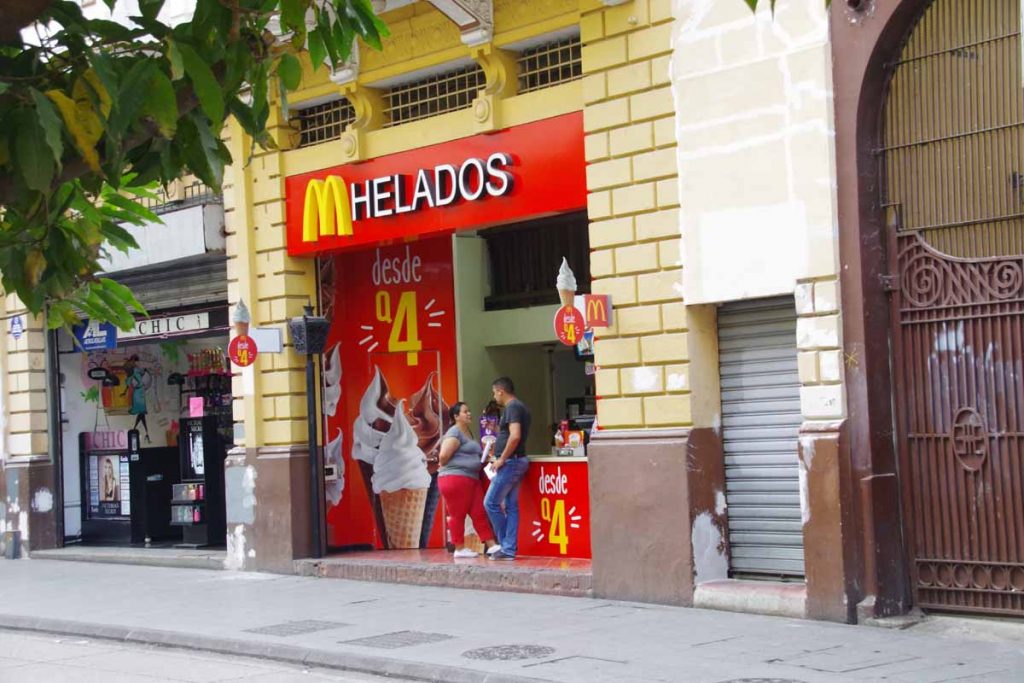 McDonalds seems to be a big deal here with multiple establishments, this one just for ice cream. 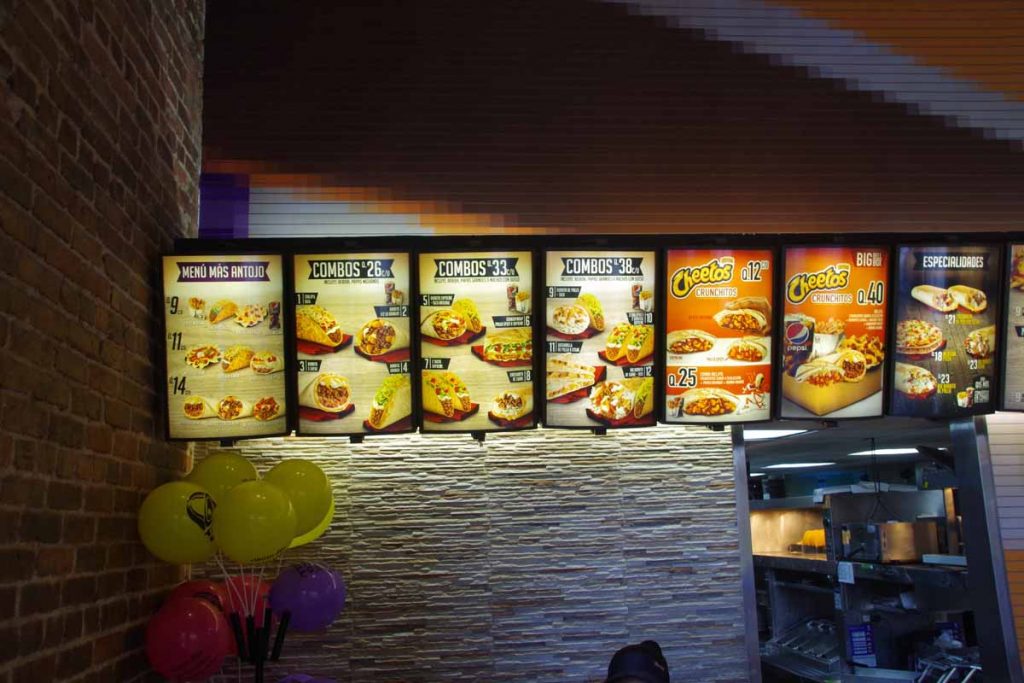 However, I just had to try the Taco Bell. Found it amusing to find Americanized Mexican food in Guatemala. 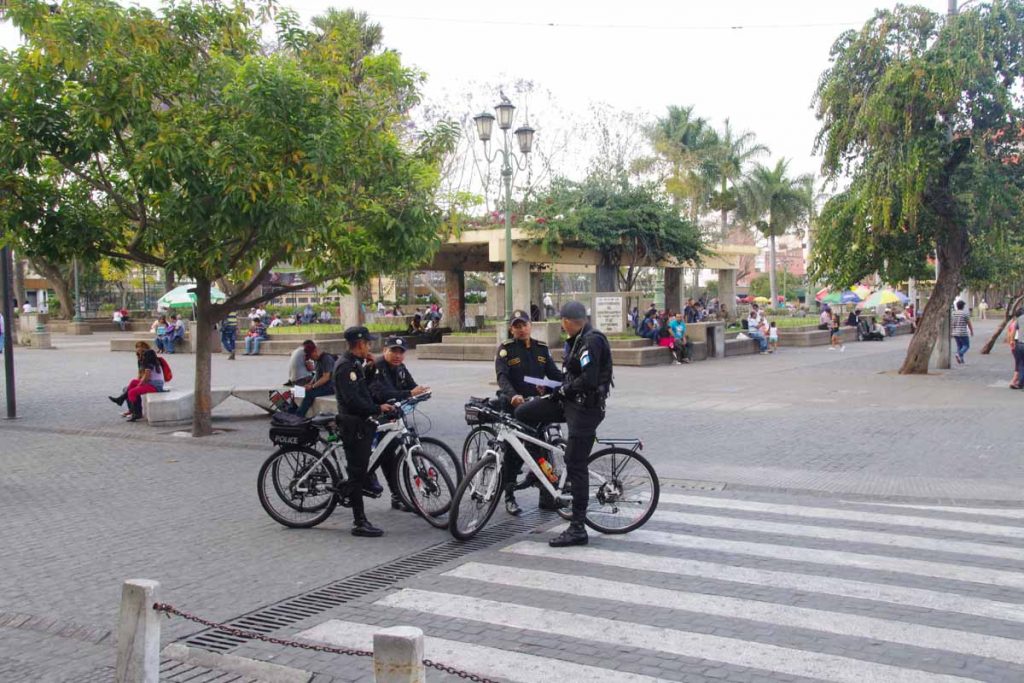 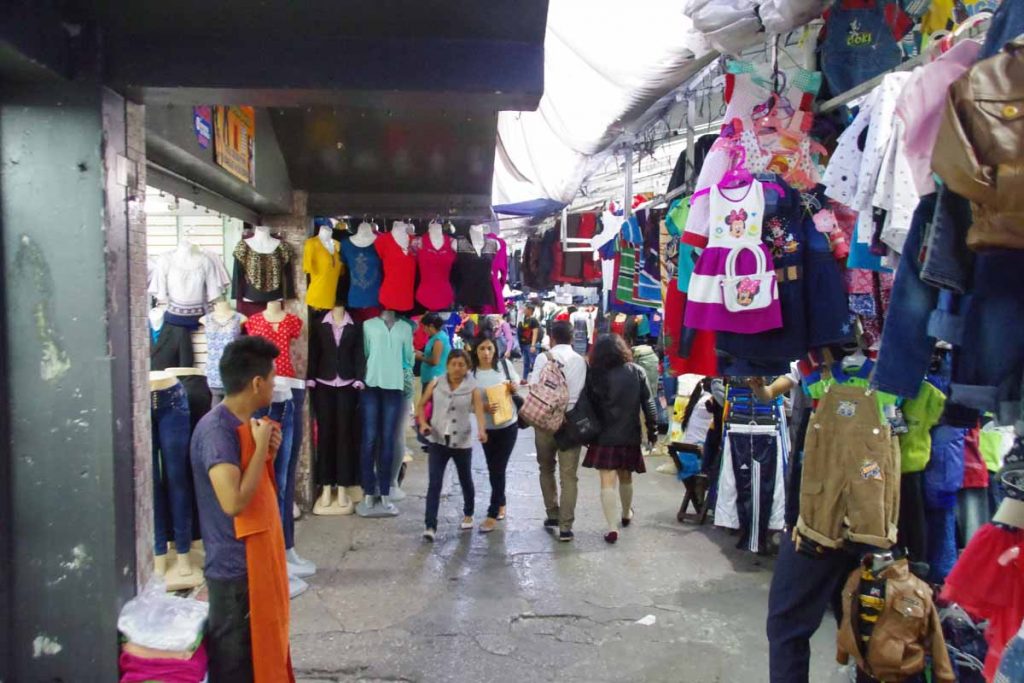 Several other small more crowded shopping districts nearby as well.

Plan is to take a rest day here tomorrow, giving a chance to do something other than bicycle between small towns – as well as chance to be a tourist. If my mileage projection is correct, I’m now about 2/3 of the way from San Diego to Panama City.