Escaped from the big city and climbed some hills to more rural areas. 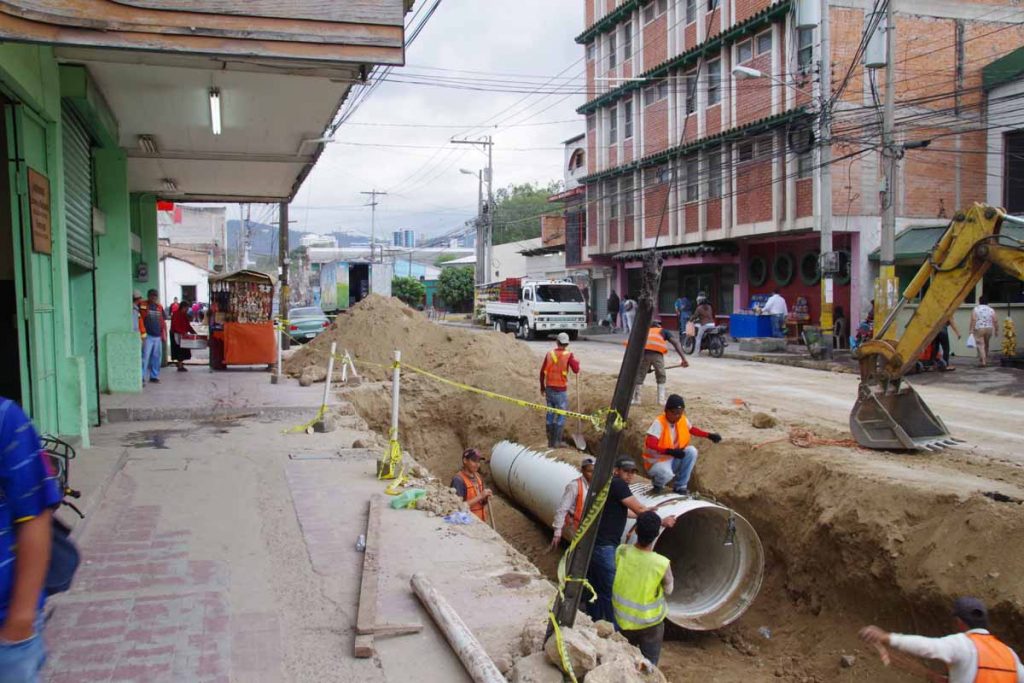 The first 15km of the ride was quite busy – though typically enough places to ride on edge of the road. We started by walking bikes past construction zone nearby that had shut down the street. After this, followed surfaces streets up and over some short hills. 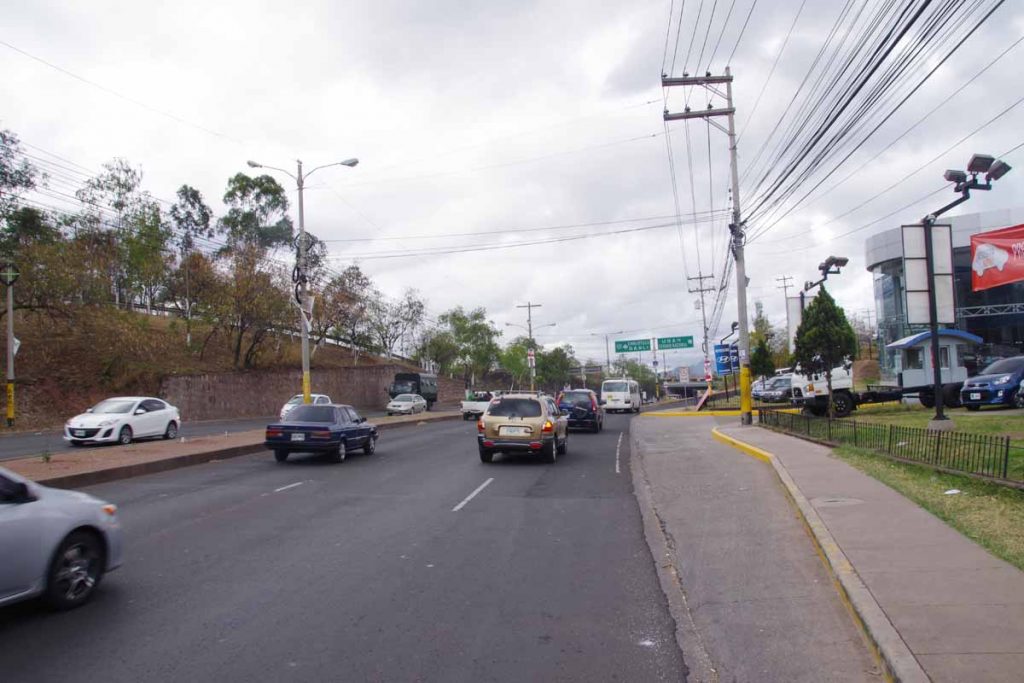 At 3km, we joined start of the peripheral highway. This was four lanes of traffic but wide enough for bikes on the right as well. 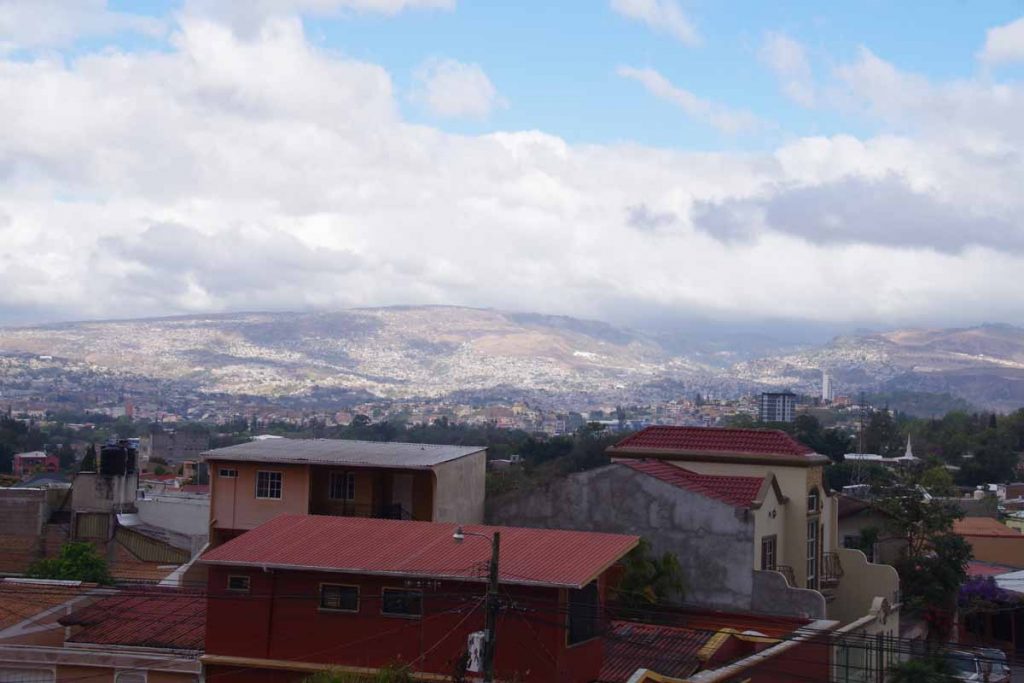 We had some nice views looking back at the city. 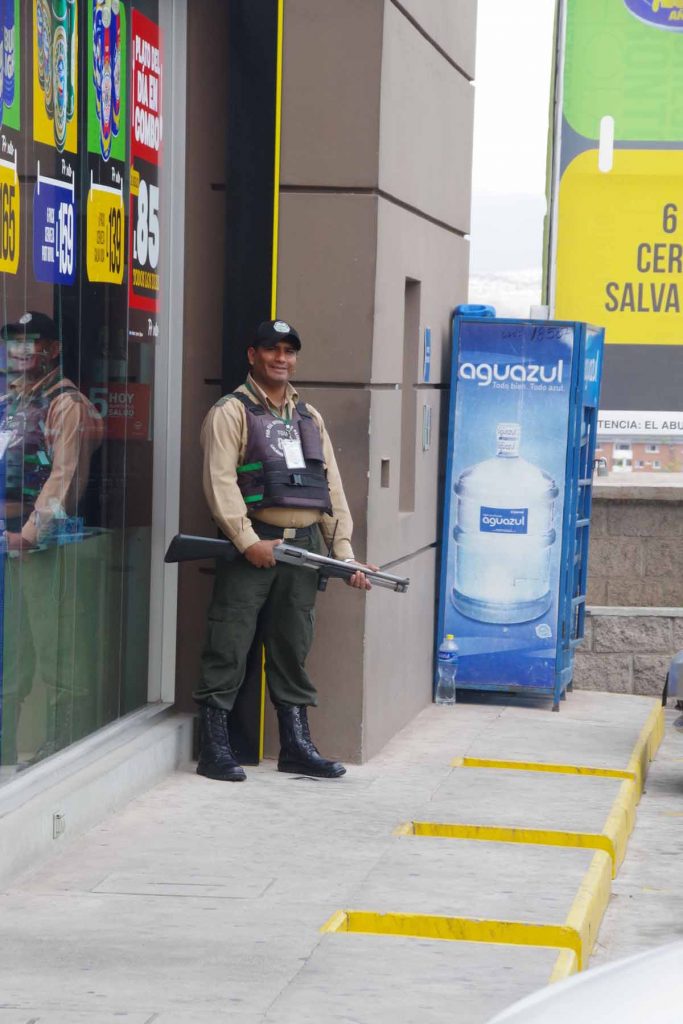 While we haven’t ever felt unsafe and take precautions, Honduras has had a reputation as violent similar as some US cities (Honduras is similar to New Orleans, Guatemala similar to Baltimore, El Salvador like Detroit – source).

What we have seen in a number of places are guards with shotguns similar to this guy. 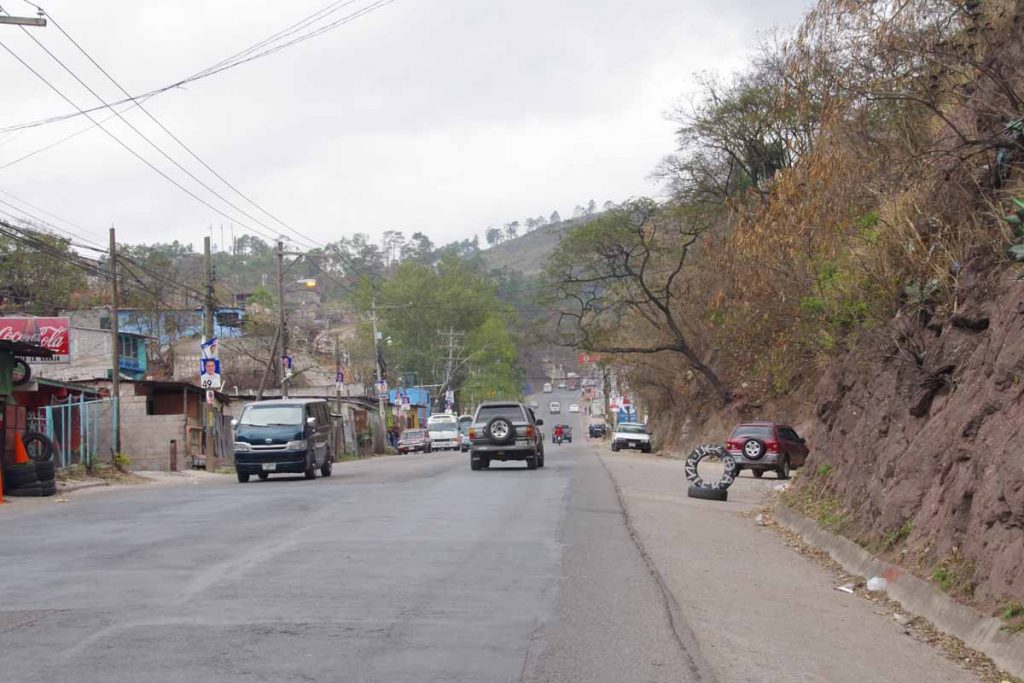 At 10km, we turned from the major highway. The route was initially very busy as we came through neighborhoods, past construction and slowly up a hill. 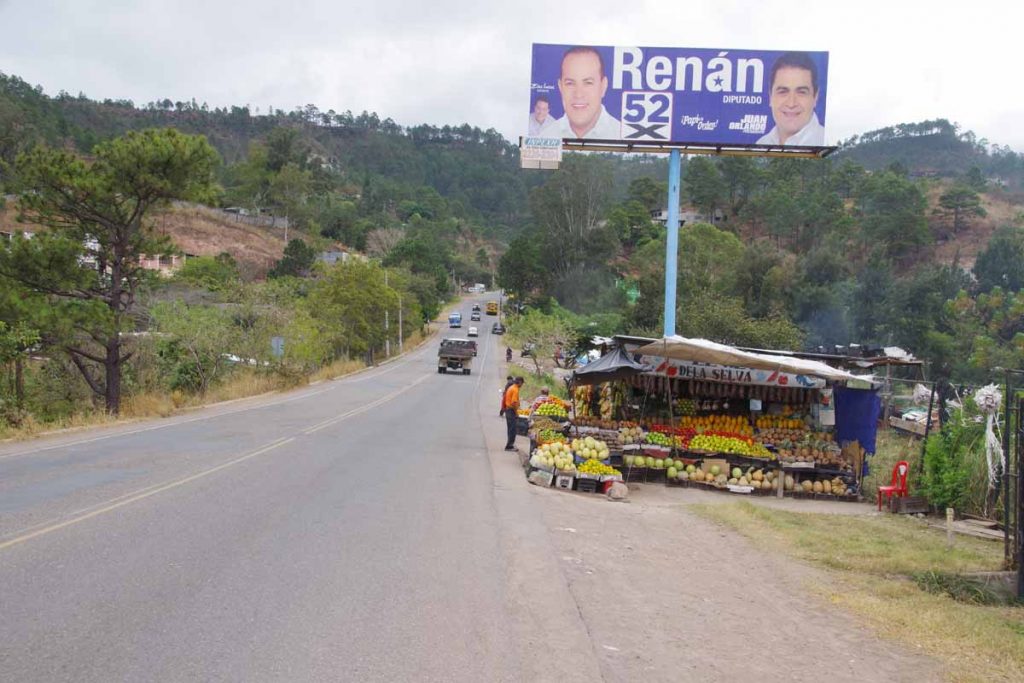 Within a few kilometers the road turned quieter. We stopped at this fruit stand where I had an orange. From this point, the road was two lanes with a reasonable shoulder the rest of the way.

Above the fruit stand you can also see an election sign. Apparently, elections scheduled for November. 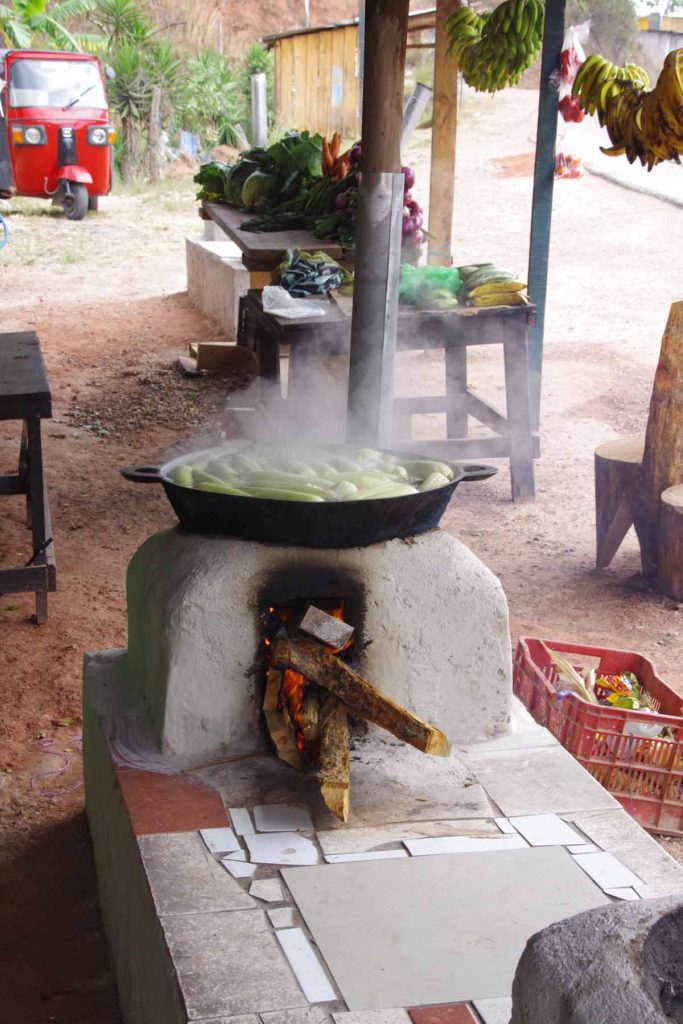 At the fruit stand we had already climbed ~300m and we had another 300m more, along with some drops, before reaching the top. It was 16C (60F) here. The sky had been overcast with occasional hints of drizzle all day. Also had a reasonable wind, though often blocked by the trees. Stopping at the top felt cold – but we used it as an excuse to stop for early lunch at a comedor. Lunch was a bit overpriced. 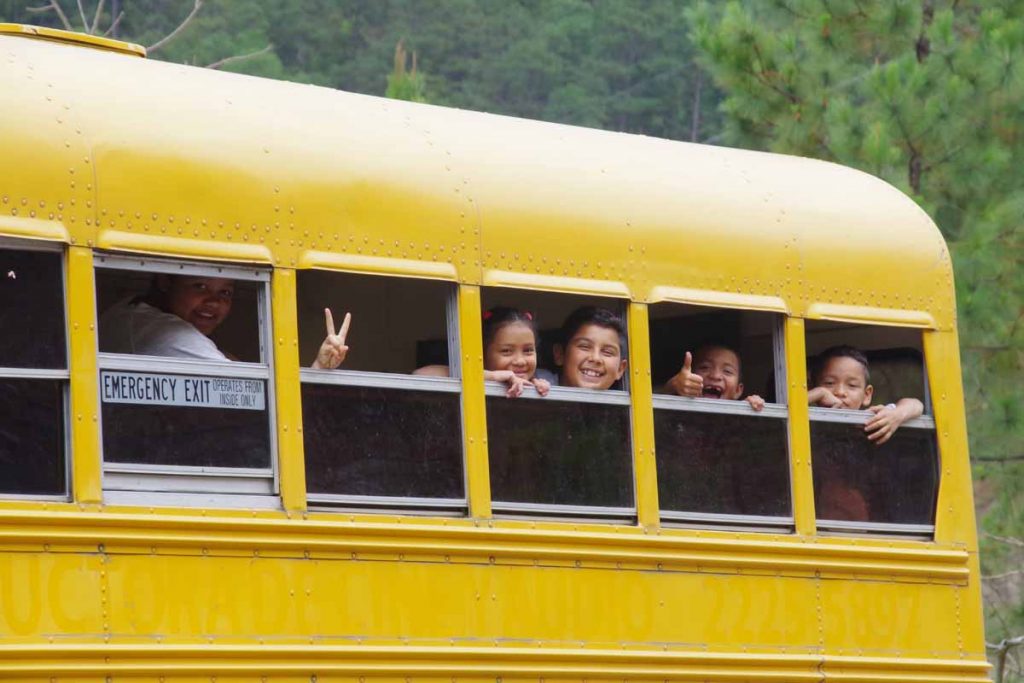 Not much later, these kids looking out the school bus windows. 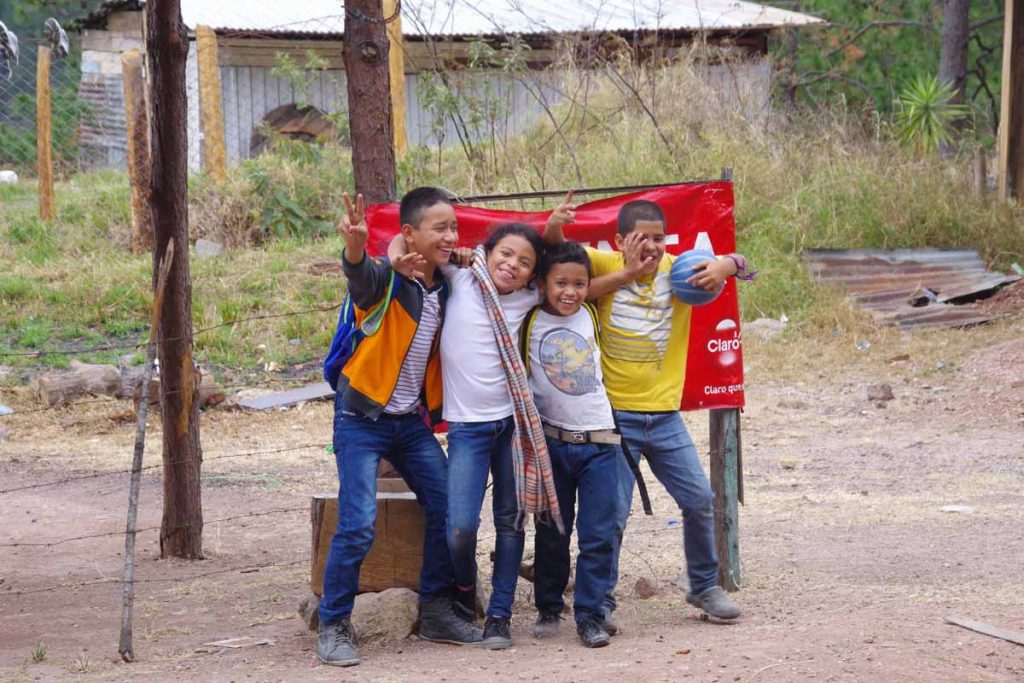 These guys yelled to get their photo as well, so I did. 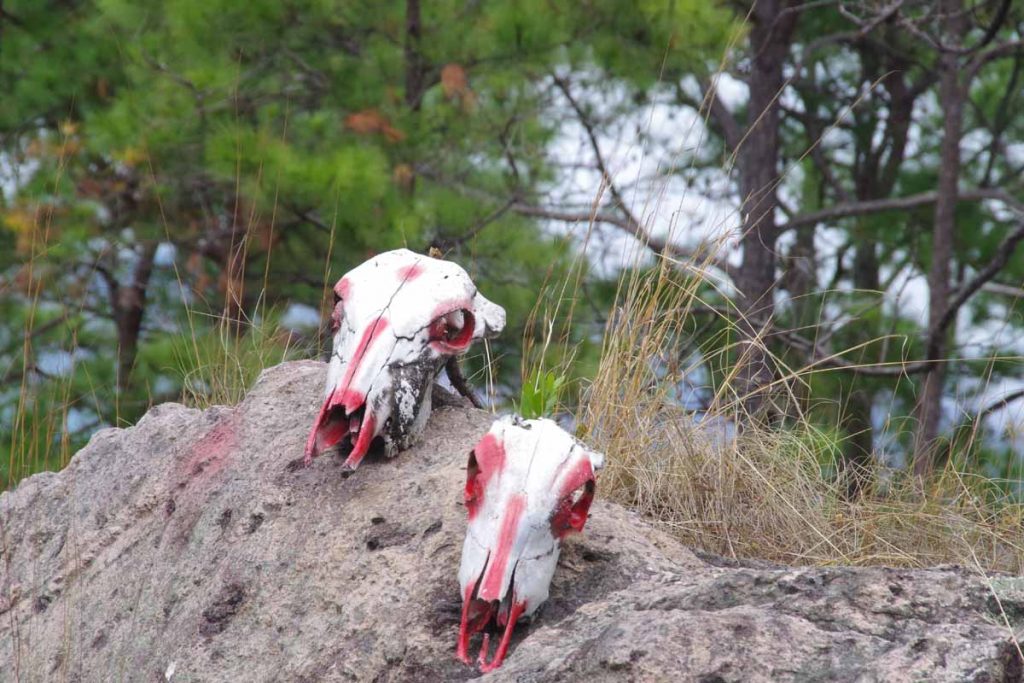 Somewhat later along the way, someone had placed several cow skulls along the road. Our last riding continued to be hilly, but without too much difficulty found our way to small village of Ojos de Agua. 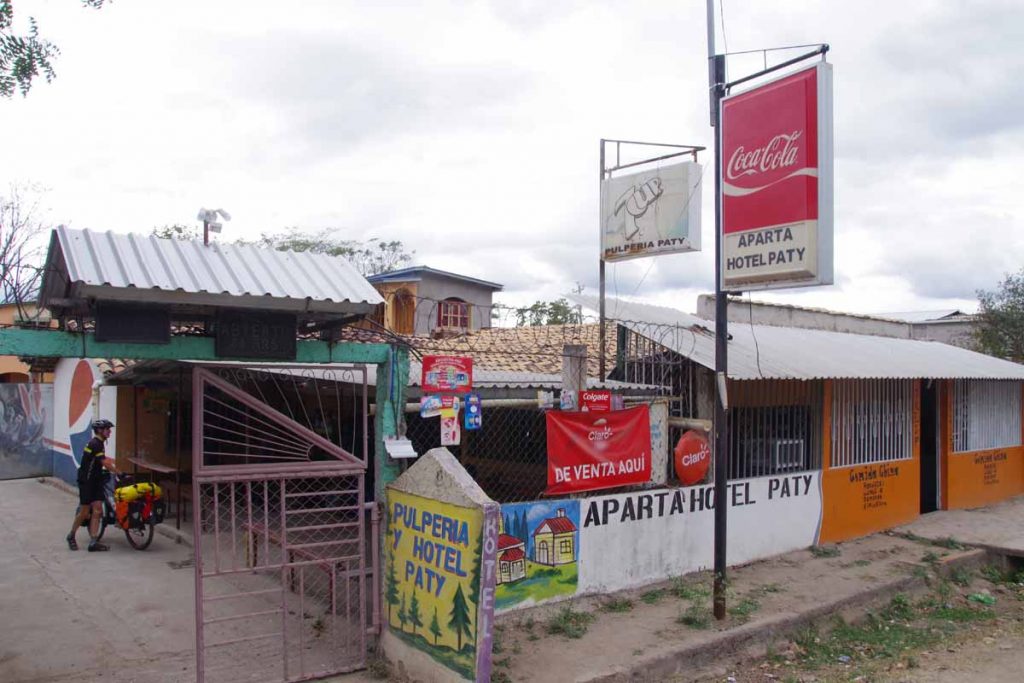 Even a nice little hotel here.