Over the hills and into Nicaragua!

We entered Honduras climbing a hill and left it climbing one too. In between, there were a few hills. Overall, enjoyed time in Honduras with roads better than expected and friendly people. 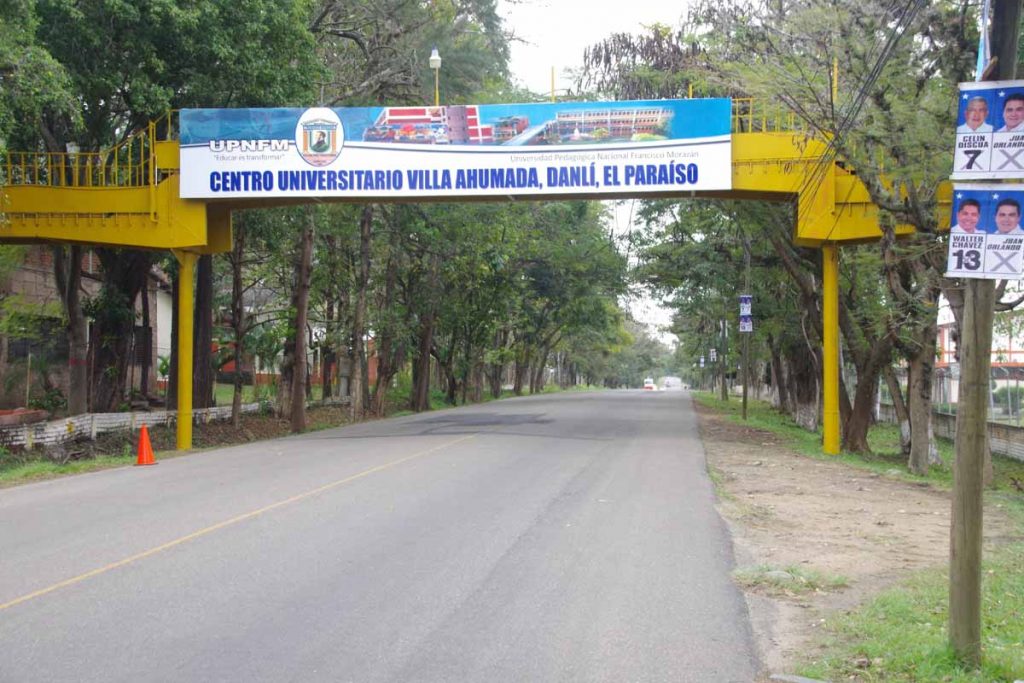 As we left Danli, it was on edge of drizzle. 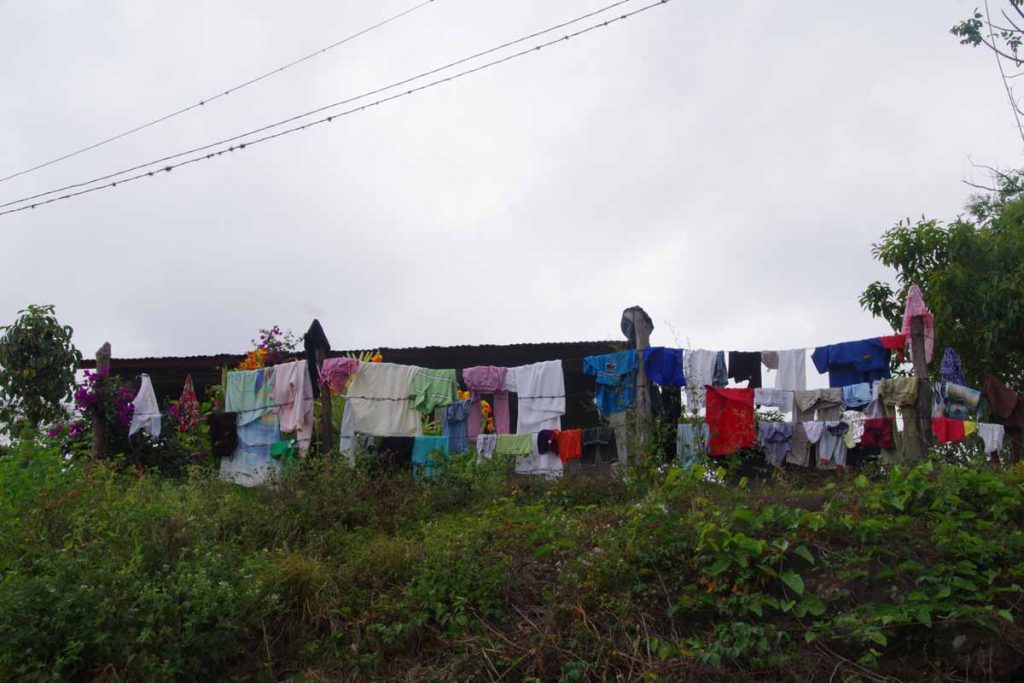 However, not so wet that clothes couldn’t be hung on the barbed wire to dry. Within a few kilometers it all dried up. 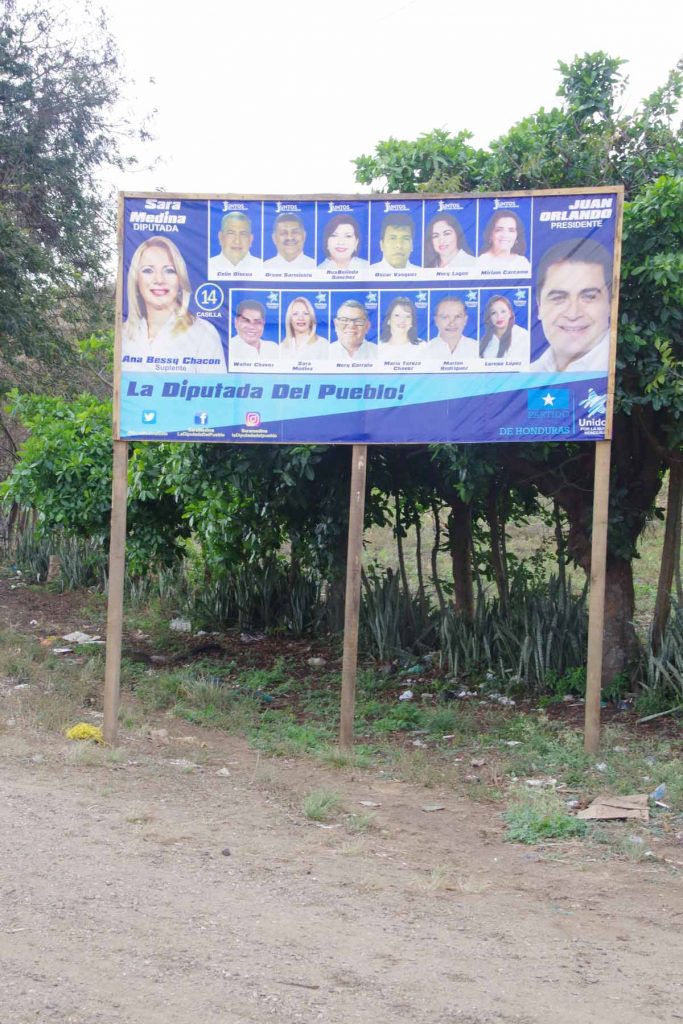 We continue to see election posters. This region seems to have more of the existing government (blue stars) and earlier west of Tegus, we had more of an opposition party (red stripes). 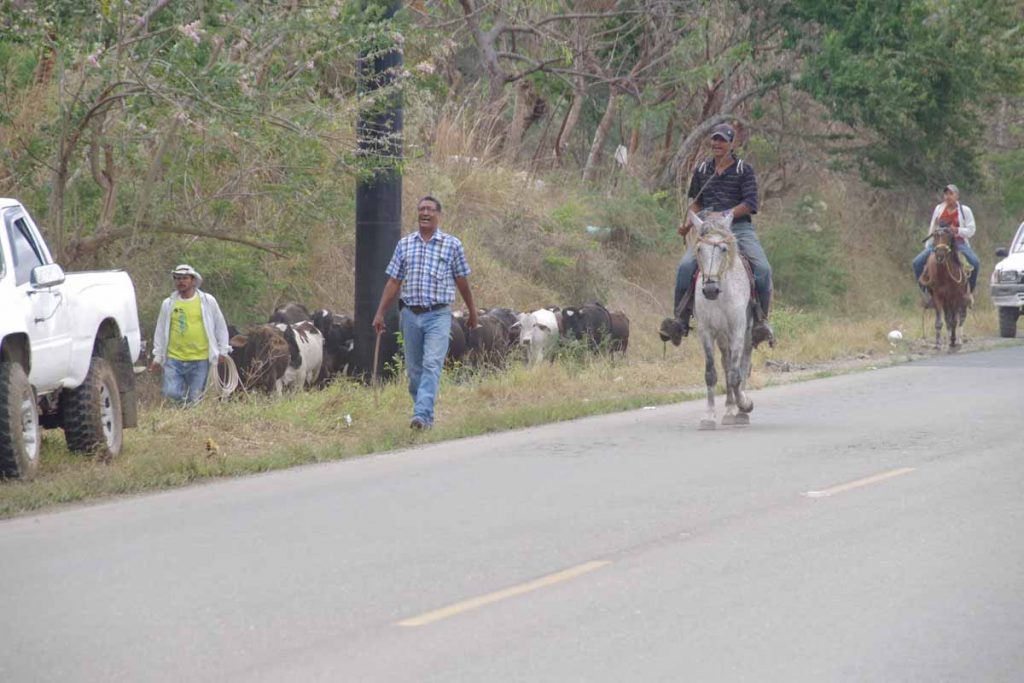 There was a cattle drive, complete with horses going on along the highway. 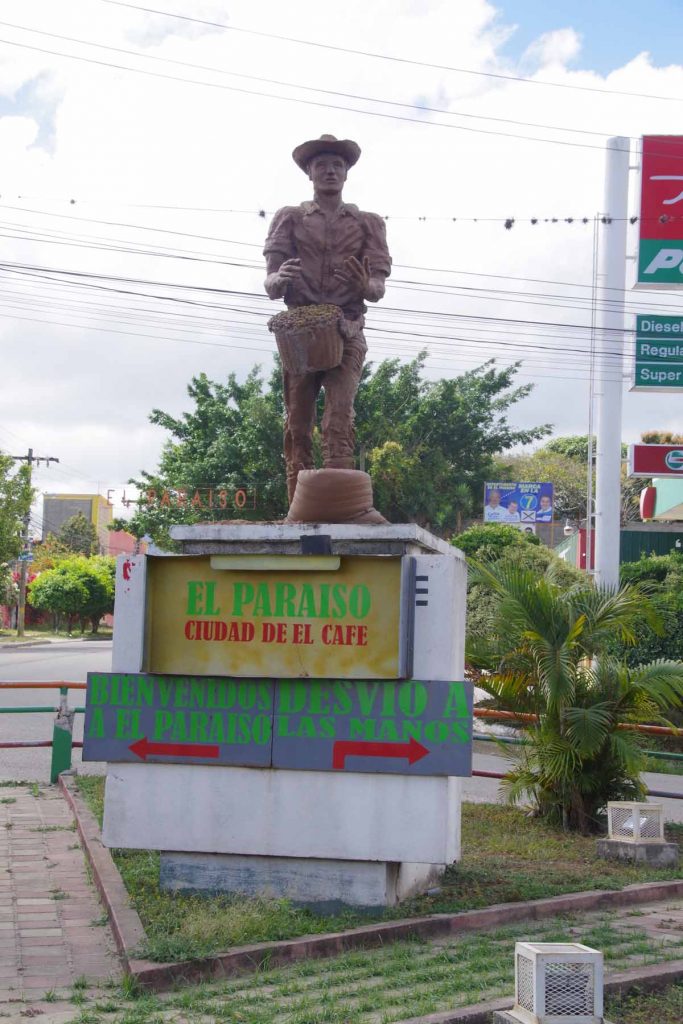 After 20km of slightly rolling hills we came to El Paraiso. El Pariaso bills itself as the coffee city and is last major settlement before the border. 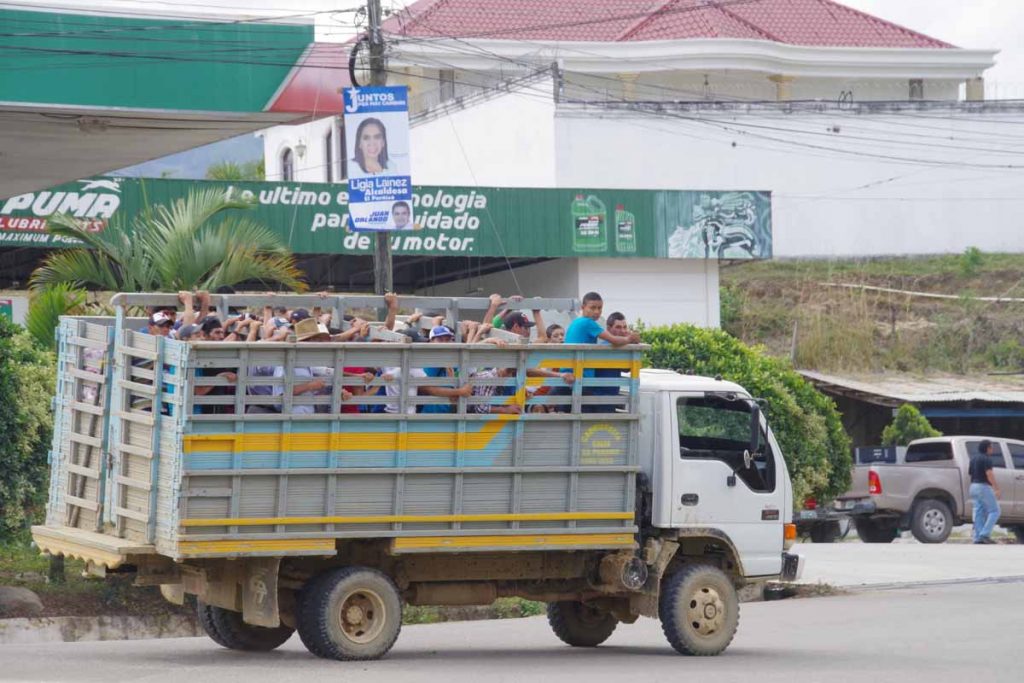 An example of truck full of people.

After El Paraiso, the next 10km were up, sometimes steeply so. 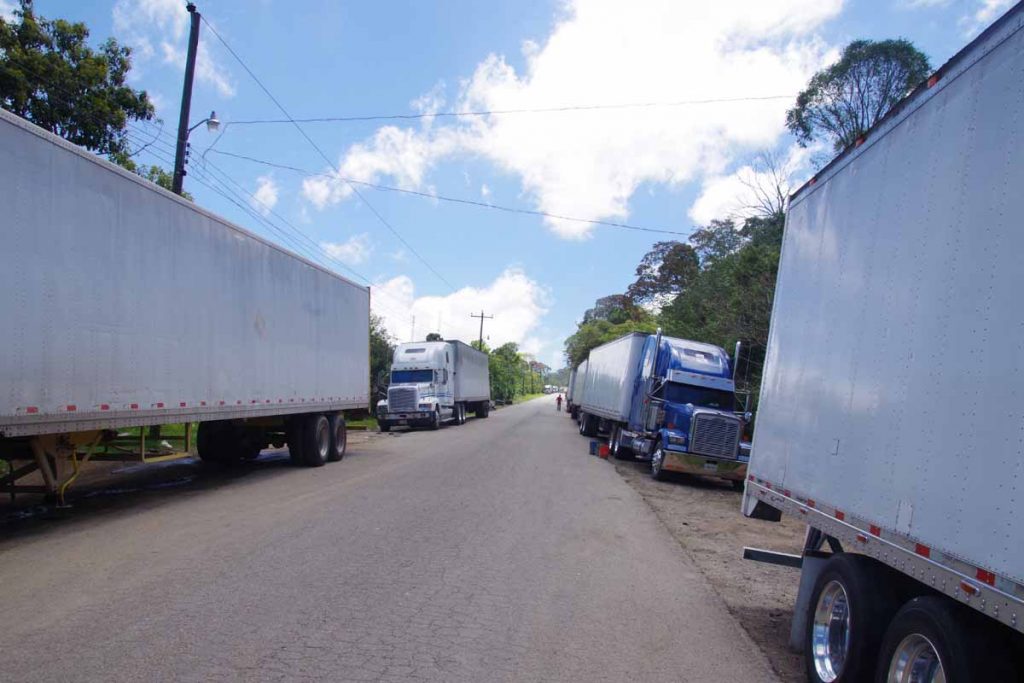 Just before the border was a customary line of trucks. We spent our last small bills buying some lunch on the Honduras side. Exiting Honduras was very straightforward.

It took a little more time to get through the Nicaragua border. First stop was the “health check”. They looked through my passport, asked my age and then handed me a small slip of paper. Despite this warning nobody asked for a yellow fever certificate.

Next stop was immigration. We were told the fee was $12, USD. I tried to pay in Honduran, but they said they only accepted US $. When I pulled out a Honduran note, they signaled over one of the money changers, so I did go back and pull out a $20 bill. I gave this and took them a long time to eventually produce a receipt and change. Not five minutes after handing me $8 in change, the official then claimed he handed me $10 and I owed him another $2. Nope, that wasn’t going to fly and we told him so.

After this exchanging our remaining Honduran currency for Nicaraguan. Fortunately got a rate pretty close to international rate. Hooray, we were now done and could descend downwards into Nicaragua. 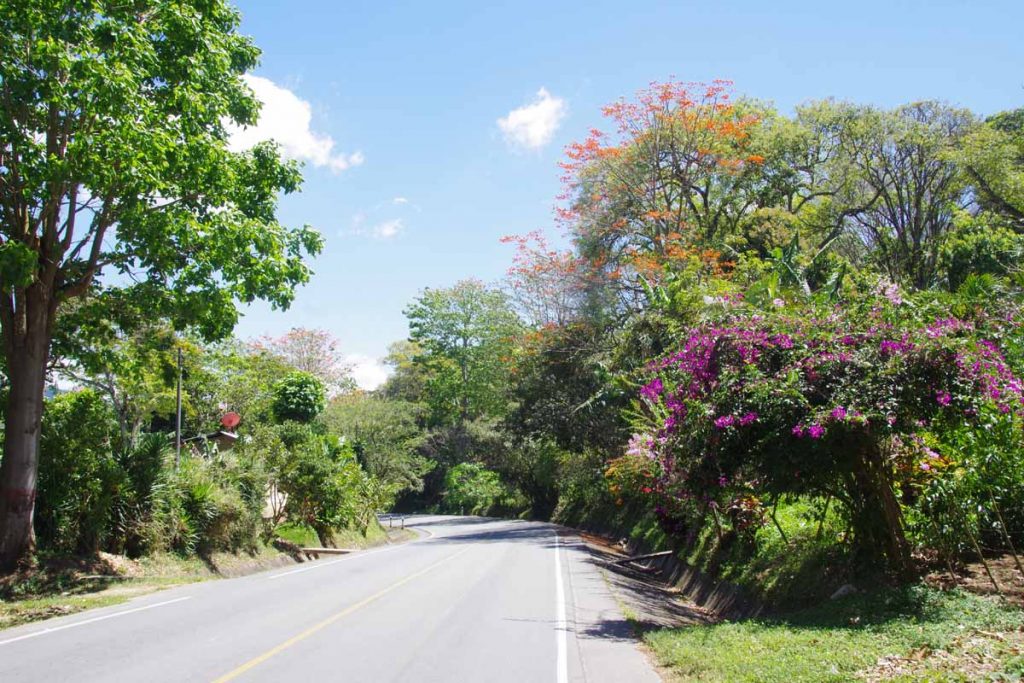 We started out with beautiful roads, lush vegetation and nice descent. 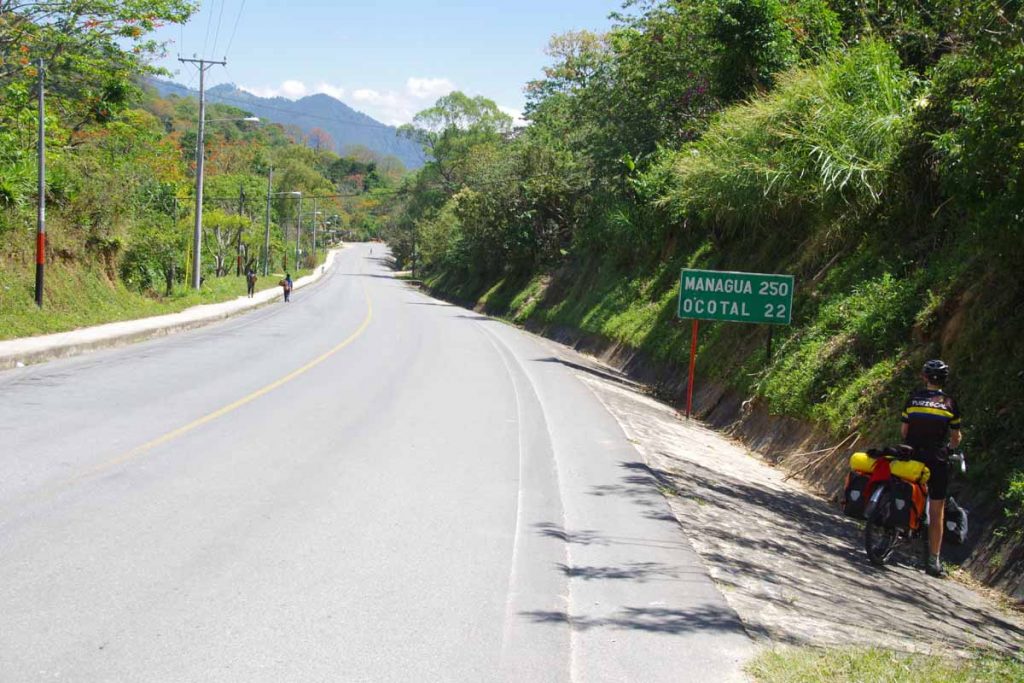 Signs now gave us distances to places in Nicaragua. 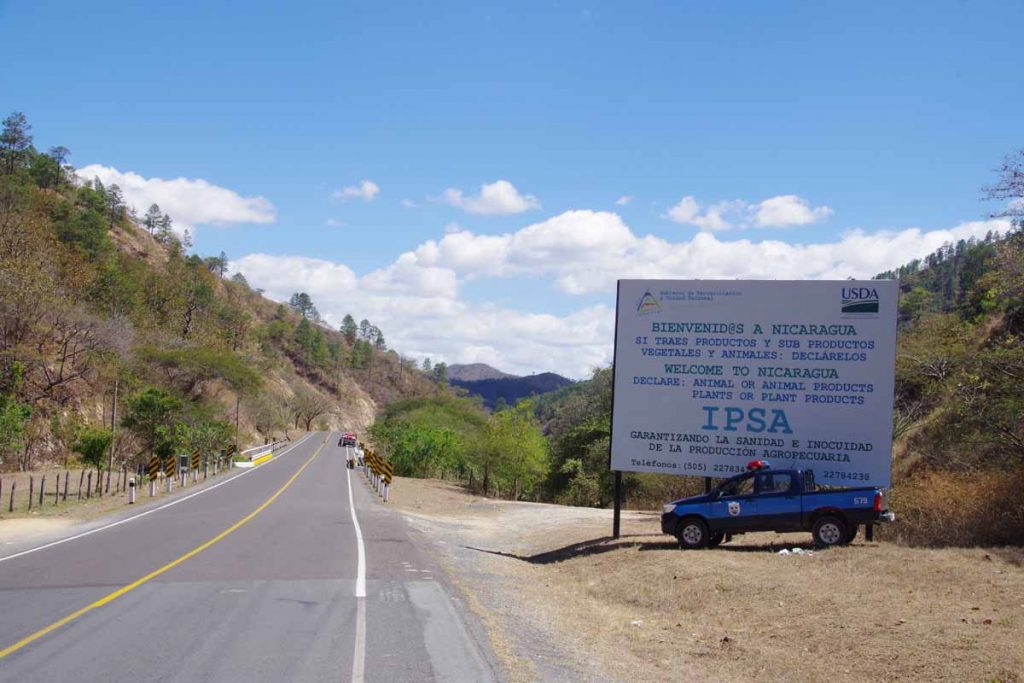 A little lower there was an agricultural check. 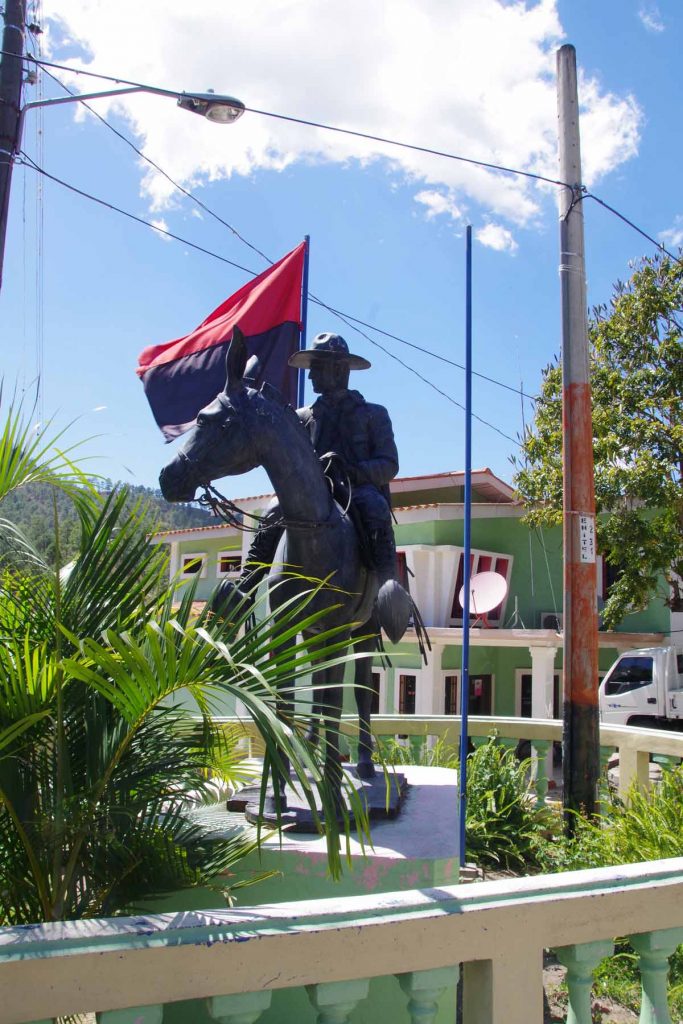 Town of Dipilto had this statue. 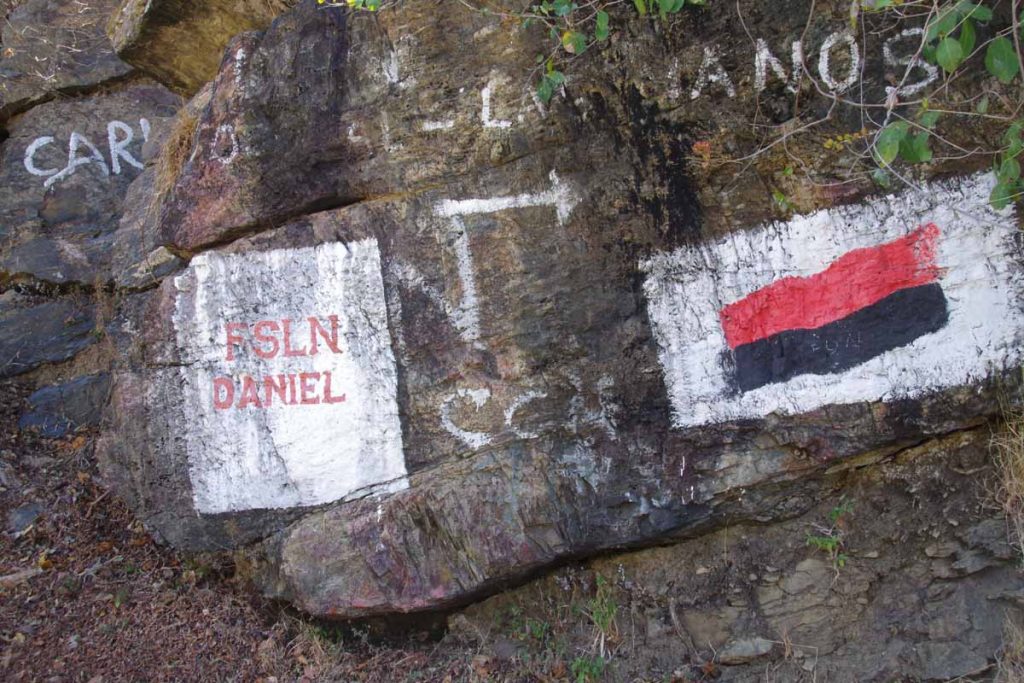 FSLN (Sandinistas) seem to be prominent here with several FSLN signs as well as red and black colors. 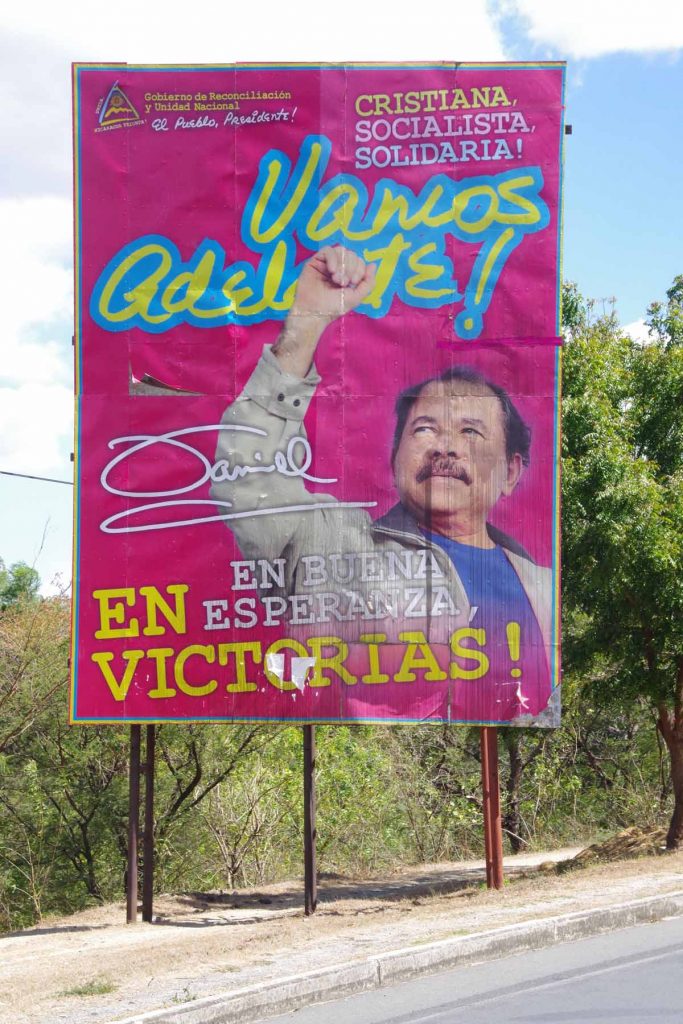 A poster for the current party.

Without much difficulty we made our way to Ocotol. The main road didn’t have many open businesses on it and we were most of way through town before finding a hotel. Otherwise nice ride and good to get into Nicaragua.