Welcome to Costa Rica. Today crossed the border to reach the seventh country on this journey.

Enjoyed my time in Nicaragua, despite the shortest time of all countries we’ve traveled. Where we entered was more rugged and remote. Where we exited was much more touristy. Several beach resorts and a lot more English signs. At the Pali grocery store yesterday we even saw some tourists paying with US dollars. Prices of some hotels and similar were also quoted with both dollars and Cordoba. 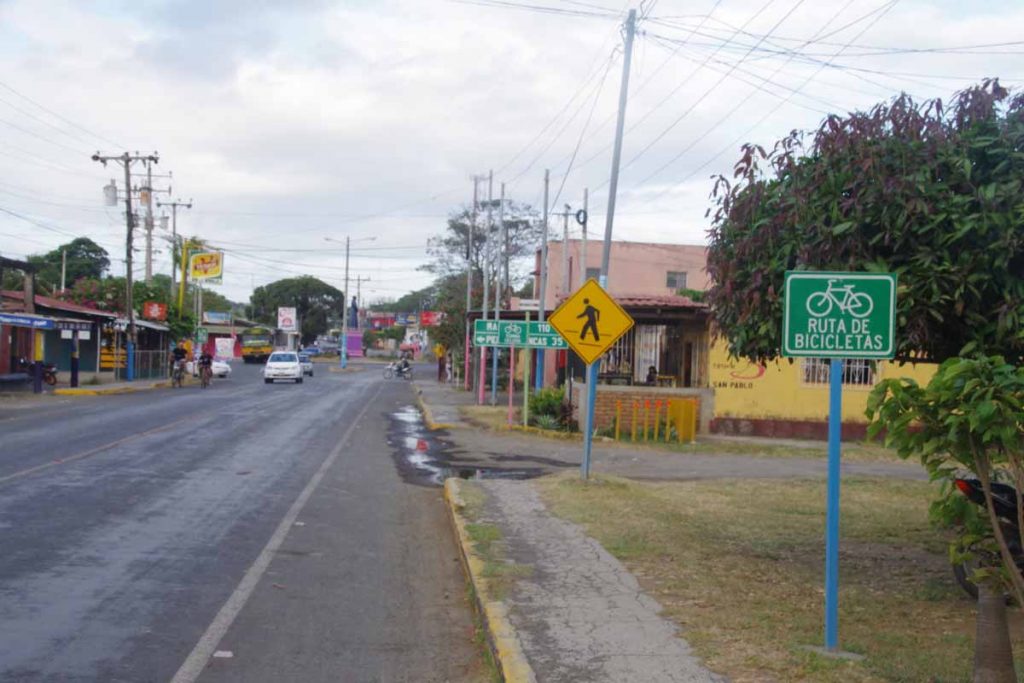 We left before 7am, despite having a shorter ride. However, we expected the afternoon to be hot and also had a border to cross. 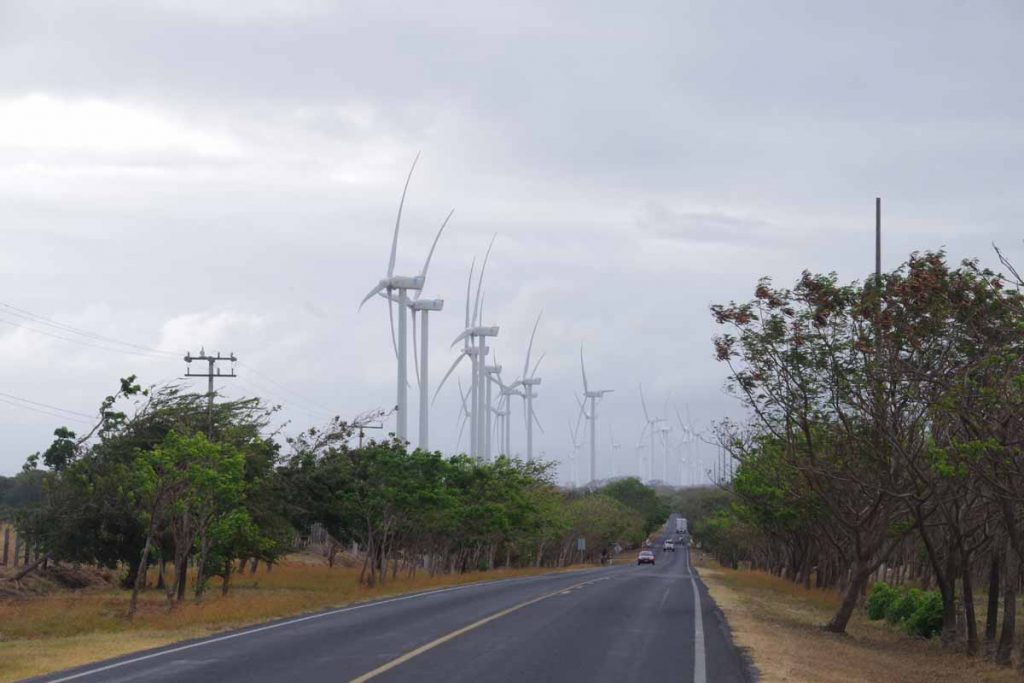 We had a cross wind starting out. Giant windmills told us this was a common phenomenon here. 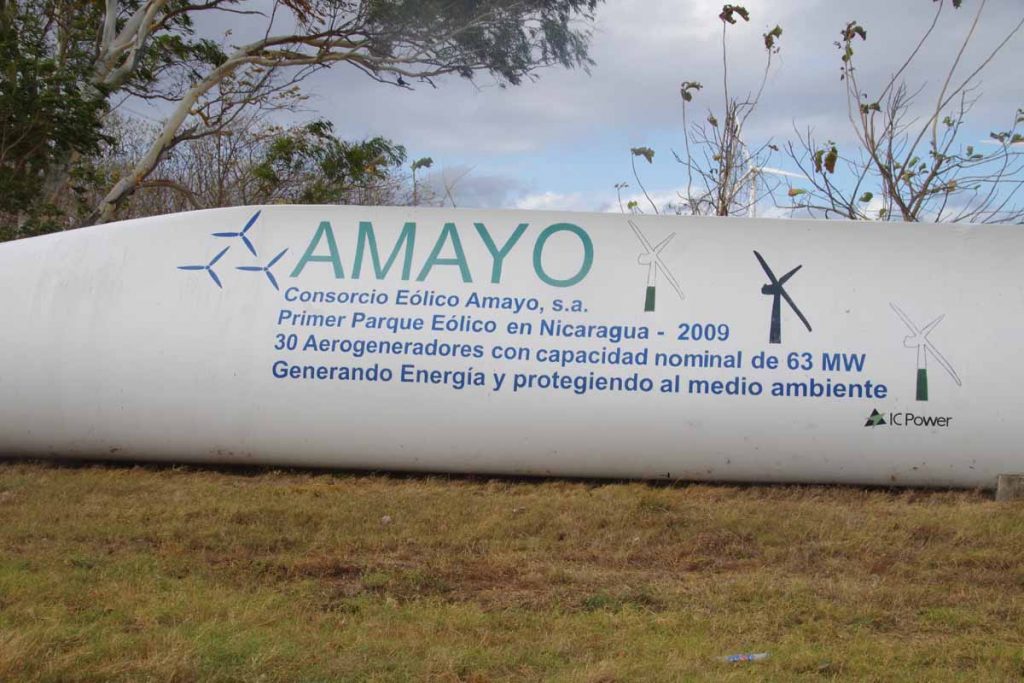 There were several different wind parks of windmills, here was sign for one of them. 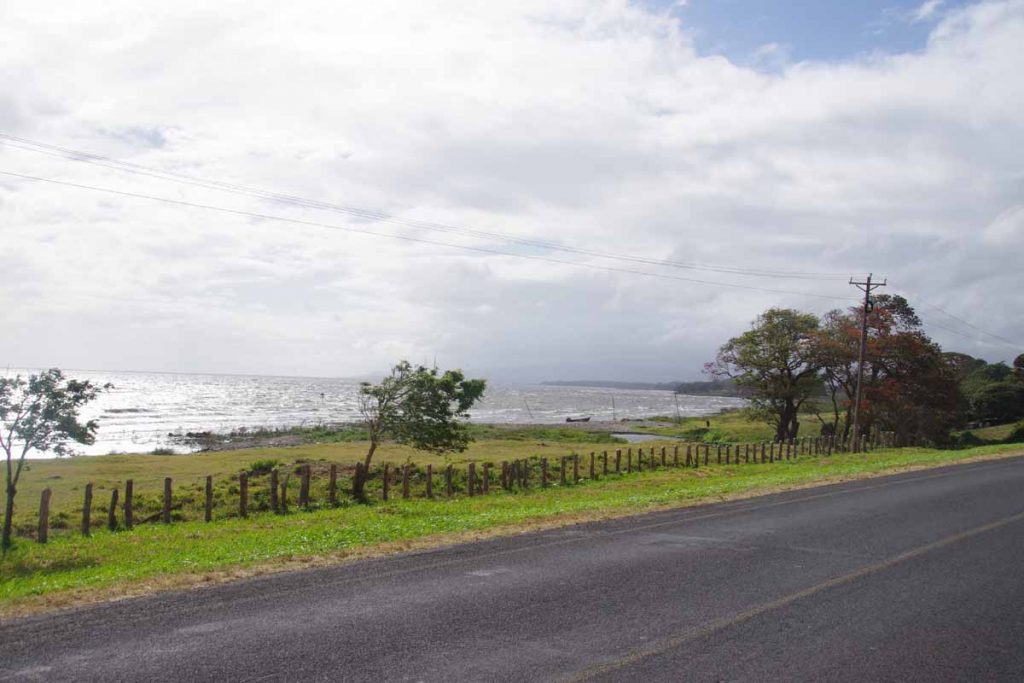 We came briefly along shores of Lake Nicaragua. We still had occasional trucks and buses, though after was passed some of the beach turnoffs and last towns, seemed like it was lighter crossing the actual border. 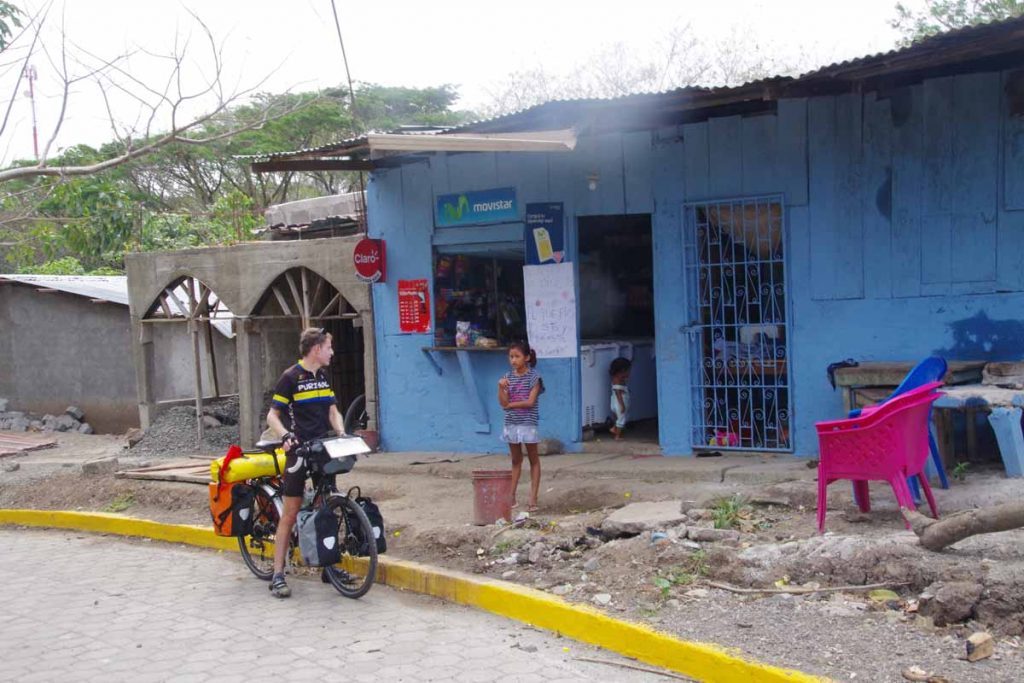 Sapoa was last little store before the border. We stopped here and I got rid of my last Nicaraguan coins.

After this we cycled last 5km to the border. Some trucks stopped on the Nicaraguan side, but a much longer line was waiting on the Costa Rican side. The procedures on crossing were simple, though we spent some time waiting in line:

There were quite a few people at the border. I got the sense that buses would take you to the border. You crossed by yourself and then found a different bus on the other side to continue your journey. 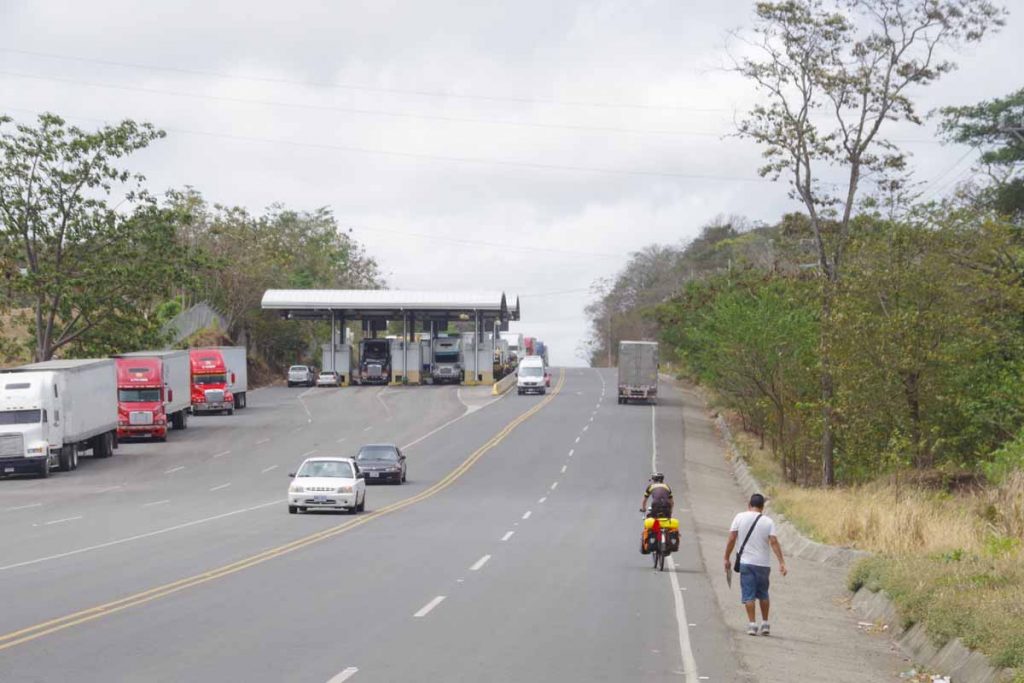 The booth on left was start of a several kilometer long line of trucks waiting at the border. 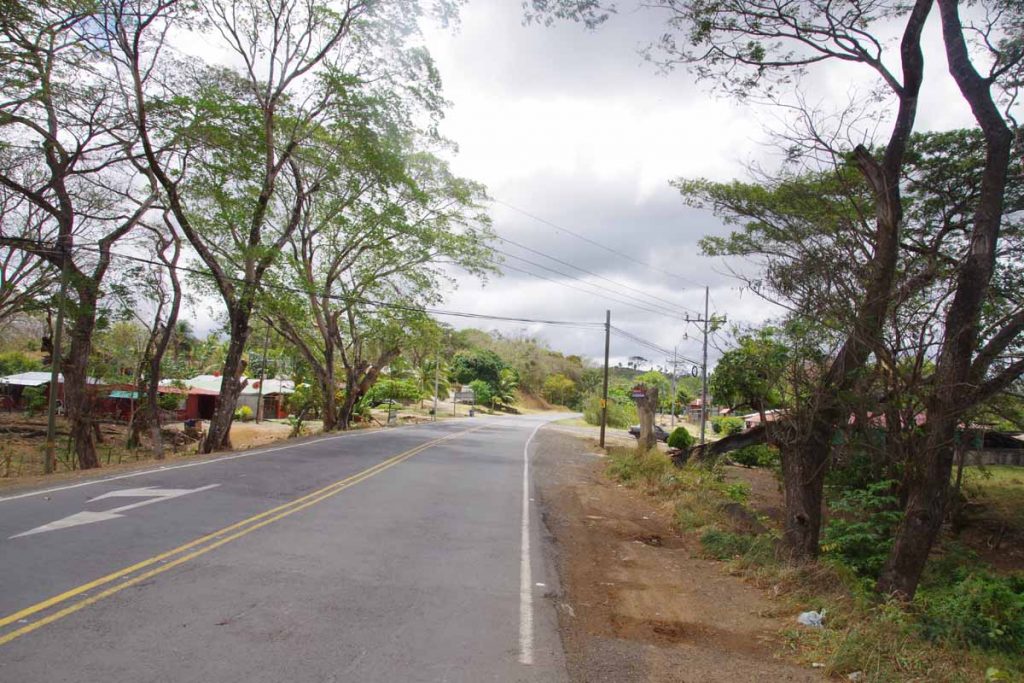 Not much further, we found small comedor and had lunch. Lunch was slightly more expensive than other Central American countries we’ve traveled.

Hard to have many impressions yet, but first impression was a lot of lush growth and hot steamy temperature on the 20km we cycled from the border to La Cruz. In La Cruz we checked out several hotels before finding a reasonable one not far from center of town. Over next few days will see if I can find a SIM card, get some money and otherwise travel through Costa Rica.