Fork in the road. There are (at least) two choices from Liberia to start heading down the Pacific Coast of Costa Rica.

The “scenic route” goes out the Nicoya Peninsula and then across by ferry to Puentarenas. Depending on how scenic one wants to go is how many of the little roads you follow along the coast.

The “quick route” continues on the Pan American Highway and then turns right just after Puentarenas. Past reports told us this road started as a wide concrete highway but after Canas became narrow and sometimes busy. As a result, many cyclists end up taking the scenic route across. 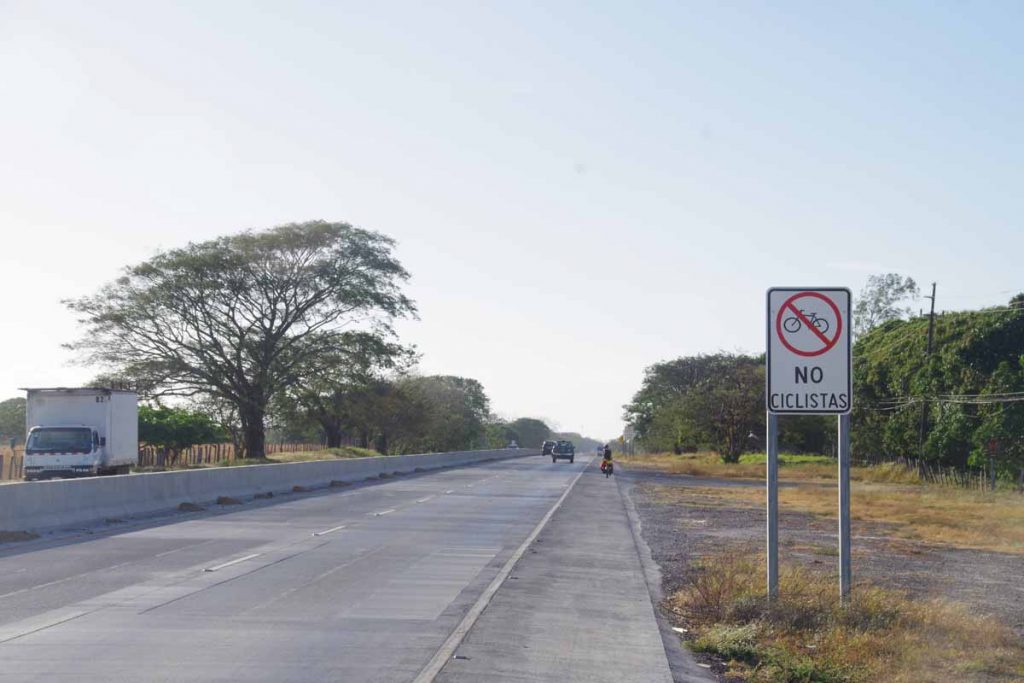 We decided to try the quick route. How bad can it be? Canas was a little soon, but local friends of David were able to find and book a hotel 24km past Canas.

We set off and fairly quickly were on the major highway. It had a reasonable shoulder and was good travels. We did see several of these “No Ciclistas” signs. 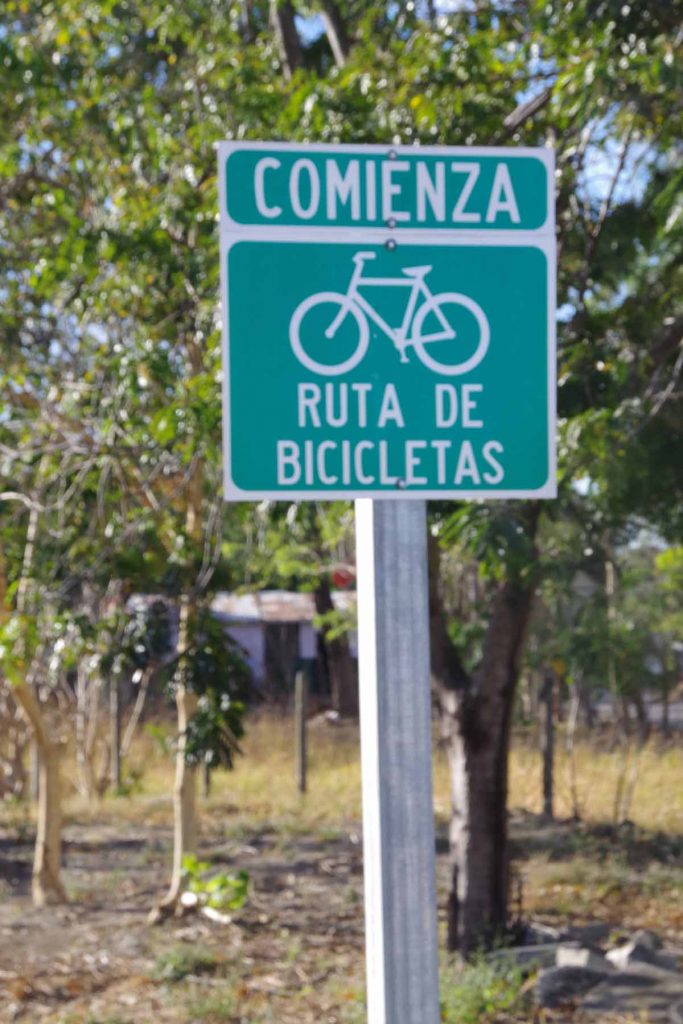 We also saw at least three sections of “Ruta de bicicletas” where the shoulder of the road would turn into a bike path for a kilometer or two. We rode carefully and nobody came past to tell us not to be on the road. 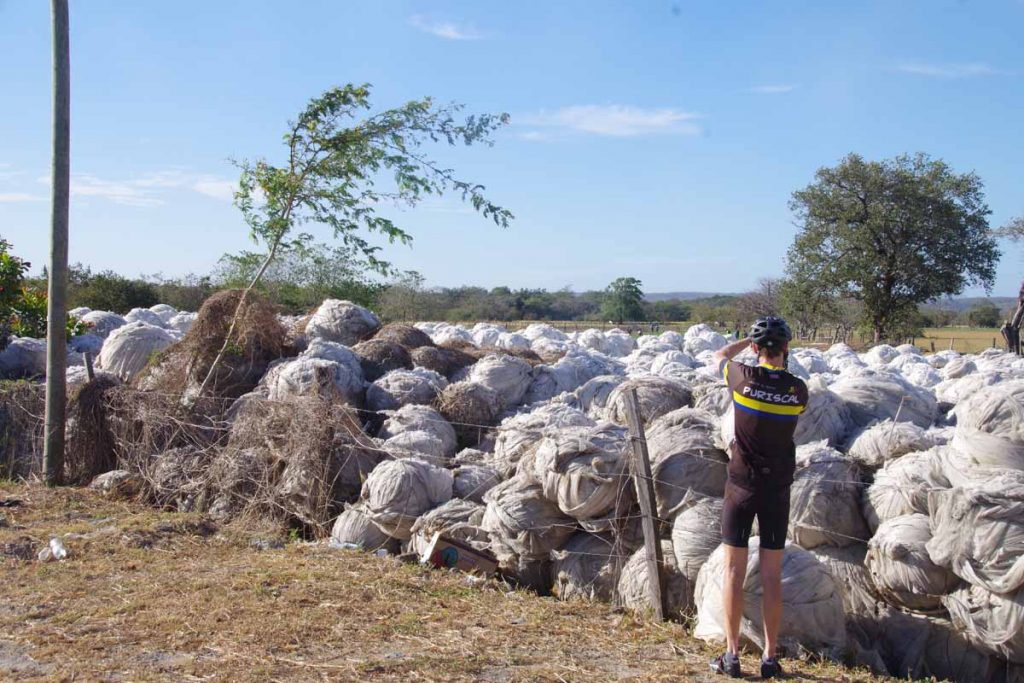 We weren’t quite sure what these things were, but had to stop and take a photo. 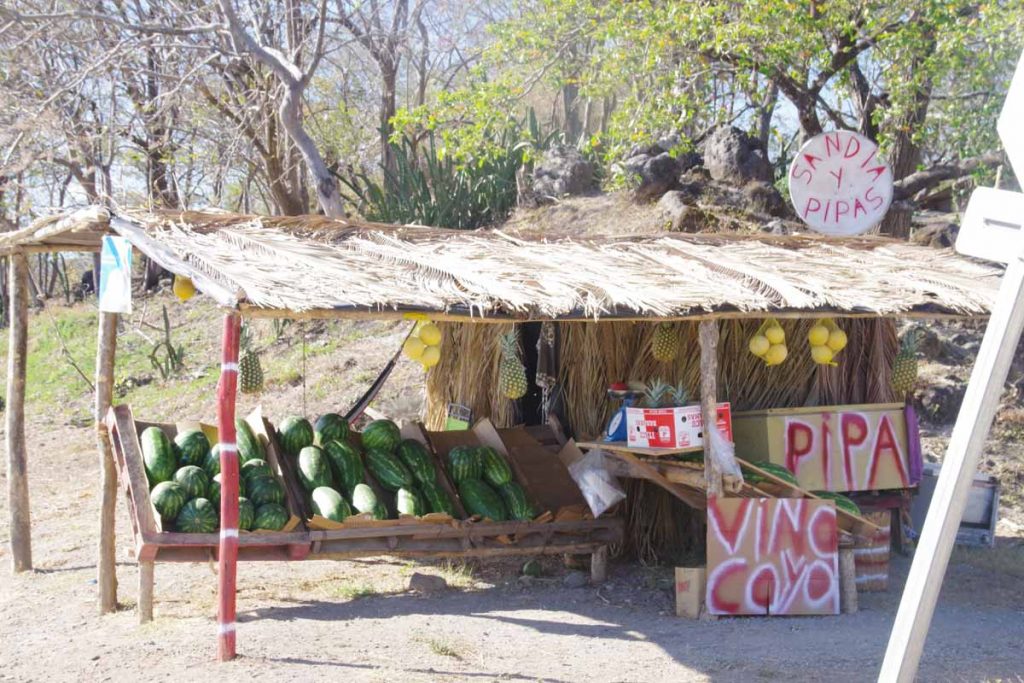 There were several of these stands selling sandia (watermelon), pipa de coco (coconut juice) and vino de coyol (Coyol wine). Otherwise there were fewer small stores or comedors or similar places than in Honduras/Guatemala/Mexico. We kept an eye out for them, particularly as it became warmer. We did have a good stop at Bagaces at 24km and lunch at a Chinese restaurant in Canas at 48km. 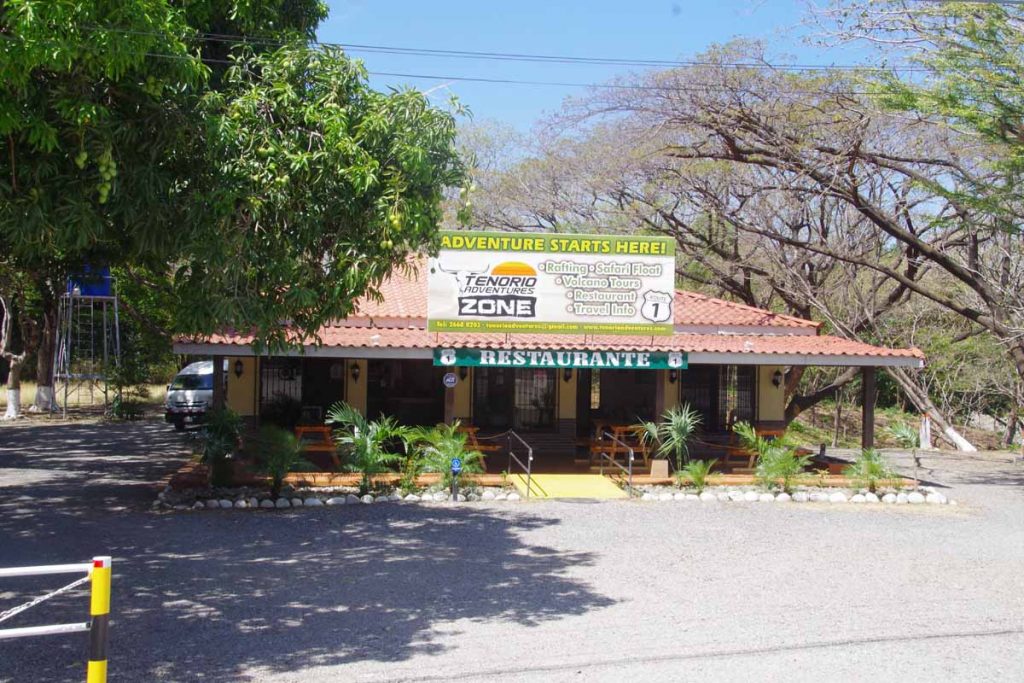 A little before Canas we crossed over a larger river as well as this establishment telling us the Adventure Starts Here! This area we also noticed headwind more than elsewhere. Fortunately, it quieted down as we got further. 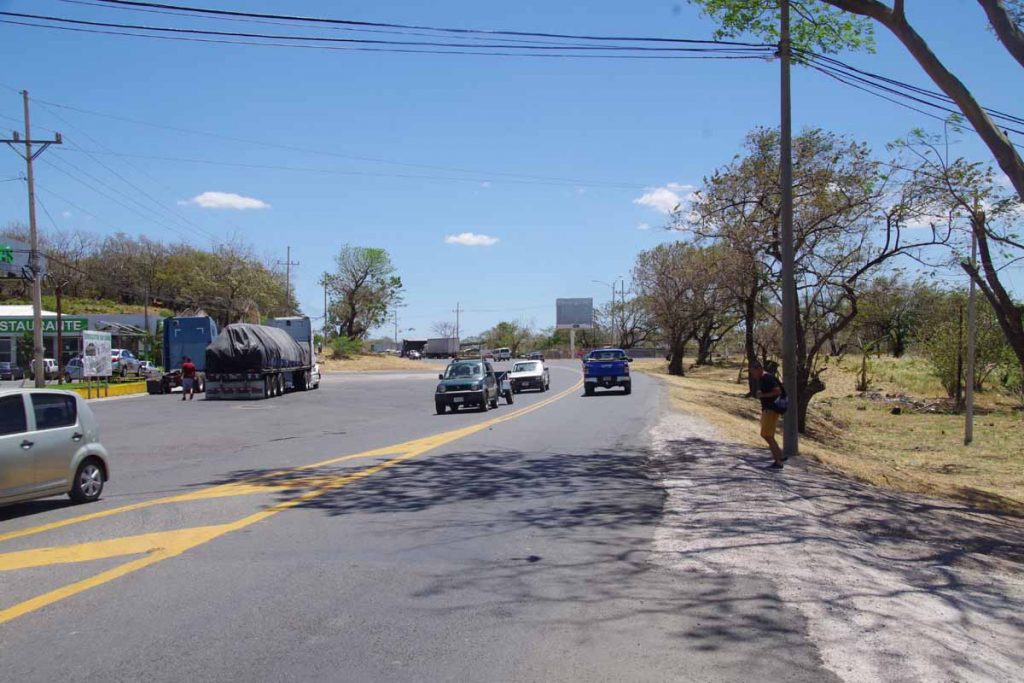 At 50km, just past Canas, our road narrowed. It was a smooth surface. There was a moderate amount of traffic. Expect more on the road tomorrow as we get closer to San Jose, but so far this road hasn’t been too bad.

It became more of an exercise of watching the heat. My bike computer read up to 39C before coming a little lower. We drank lots of liquids and stopped at a small pulperia we found. At 70km was a road intersection and not much further was the reserved hotel. Nice place and particularly happy it had air conditioning.

Tomorrow I expect we’ll get close to the coast. David will turn left roughly to San Jose and I’ll continue along the road slowly heading towards Panama.