Back to riding by myself. We reached the point where David goes inland towards friends in Costa Rica and I continue down the coast headed towards Panama. I’ve enjoyed these past six weeks cycling together and have two to problem solve has made a lot of things easier. Will miss having him on the road. 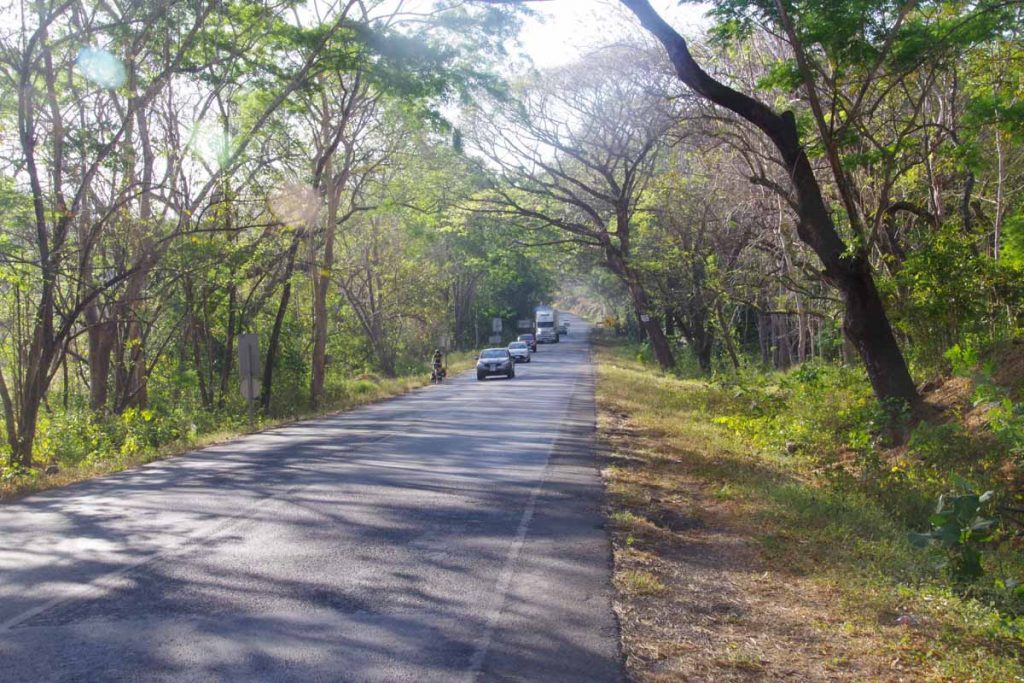 The first 48km looked a bit like the photo above. The road was not particularly wide. It climbed and descended over short little hills. Traffic came in spurts. Sometimes a truck would pass along with 15-20 other vehicles following. At other spots, it might become quiet with no traffic at all.

Sometimes when traffic was coming both directions and we were climbing a slow hill – it was unpleasant. However, overall it wasn’t as bad as I suspected reading other blogs.

It also became warm today. Overnight at 23C and by mid-morning my bike computer was reading 37 or 38C. Nice to get out on the road earlier in such heat. 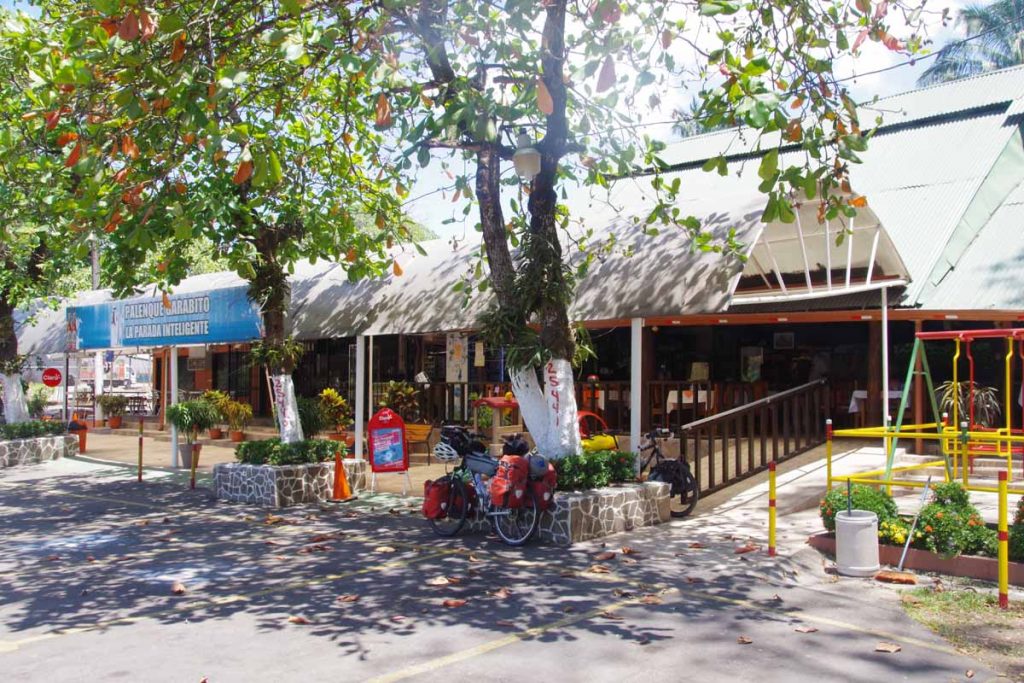 We stopped once near 22km. Had a can of fruit cocktail here. We’ll often drop by store to get breakfast foods and occasionally also carry things for underway. I had been a bit full at breakfast, so fruit cocktail came for my stop.

After this it was decidedly warm and by 39km, we were ready for another stop. The restaurant had table cloths. Never a good sign for an economical place. Had scrambled eggs here. 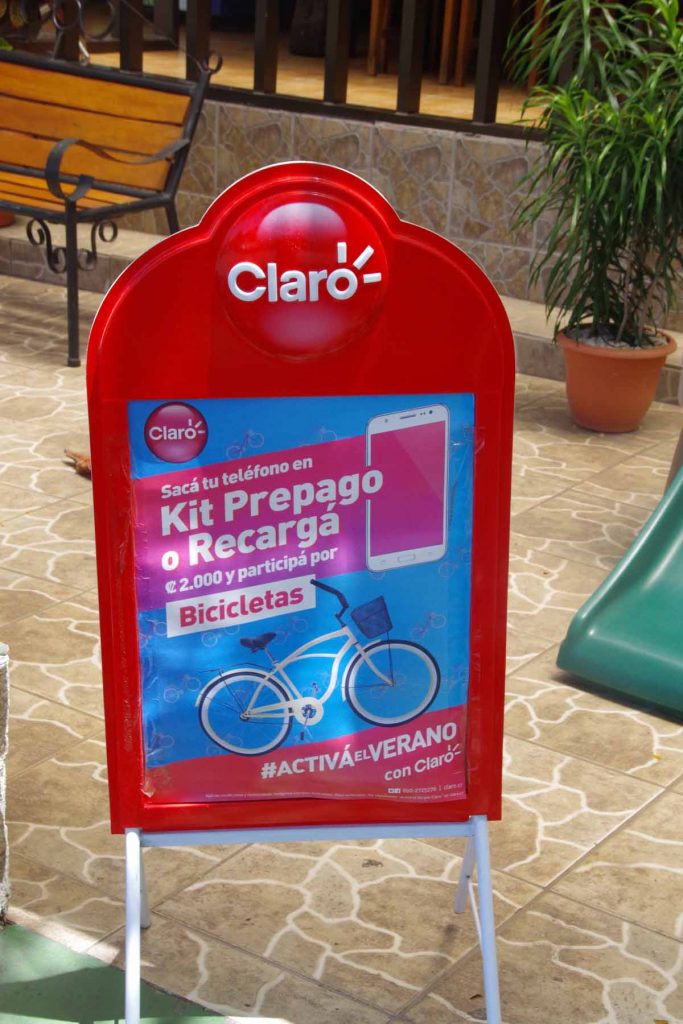 I believe this sign is a promotion to win a bicycle by renewing your phone service. Speaking of which, my phone internet seems to have stopped working earlier than expected. Will need to check on renewing some time. Otherwise a handy backup when wifi isn’t reliable. 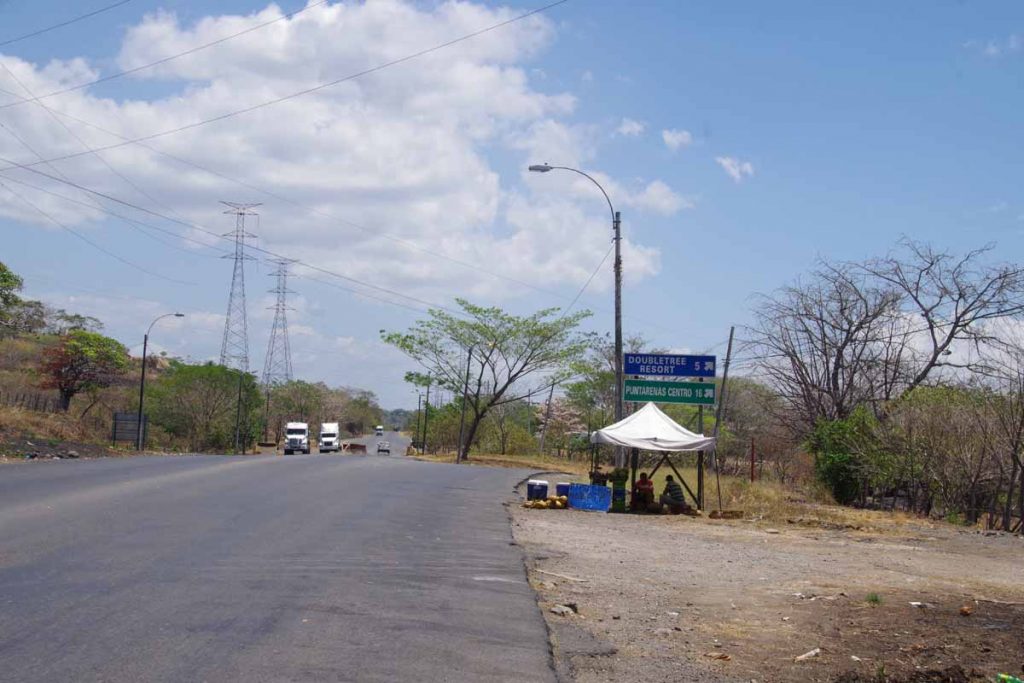 At 48km we came to the junction in the road. I headed right and David continued straight. 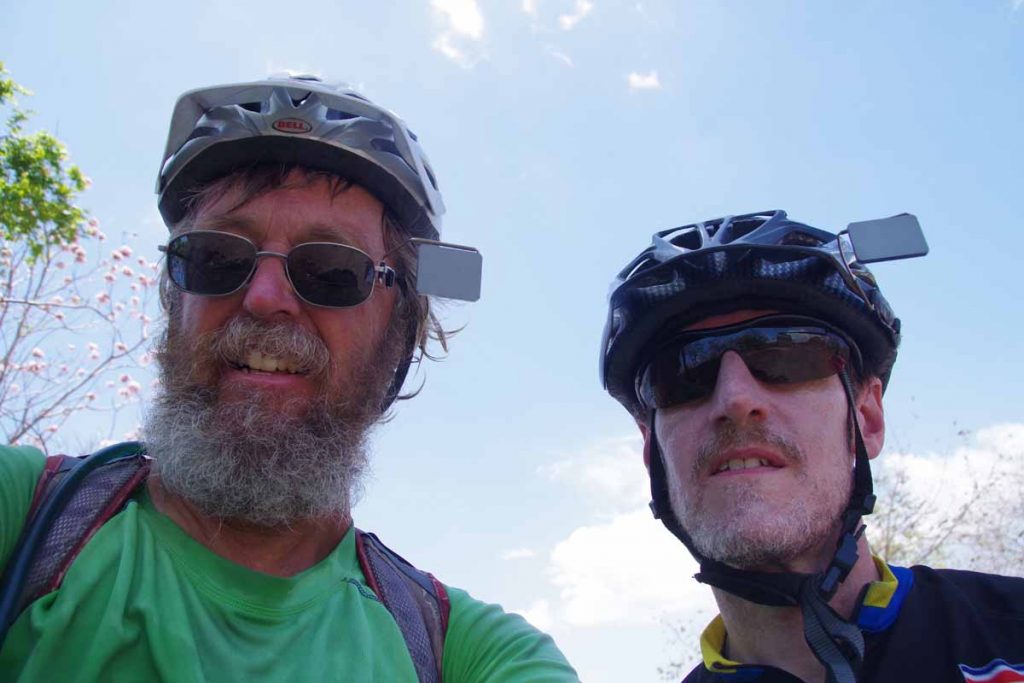 A selfie for the road. 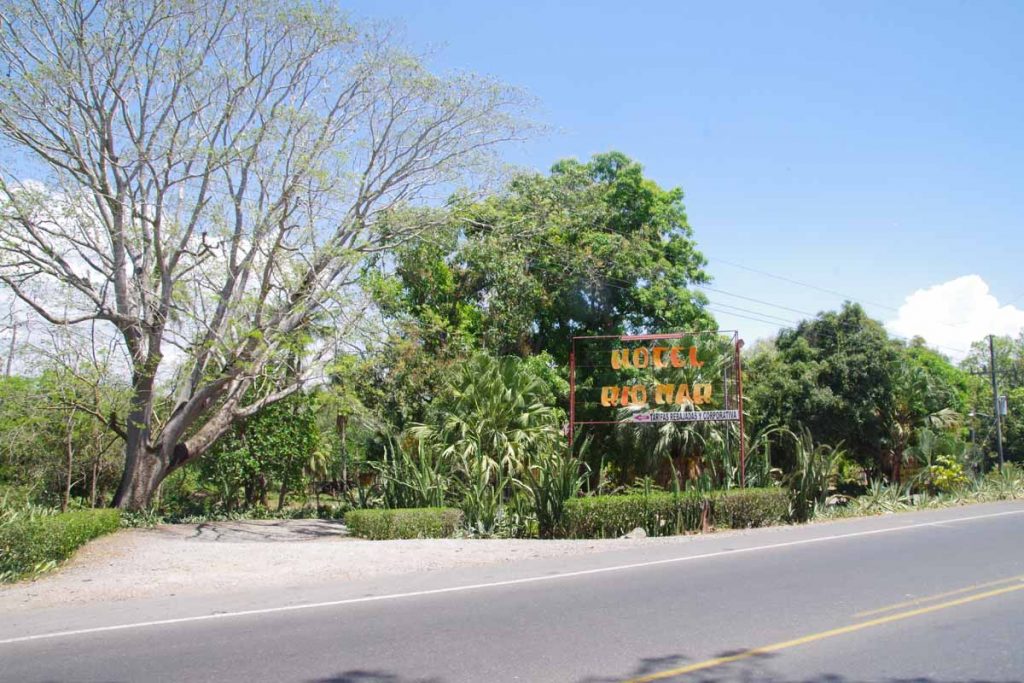 I cycled another 6km. Past an expensive all-inclusive Hilton resort and to a hotel that looks like it came from the twilight zone. However, price is reasonable and air conditioning appears to work. I’m expecting to encounter a blend of expensive/in-expensive hotels as I now travel along the more touristy Pacific Coast.