Welcome to the jungle. As I’ve ridden east through Costa Rica, landscapes have gradually become more lush and green. Even in the dry season, the rivers flow under the bridge crossings. Seems like just off the road is a thicket of vegetation. 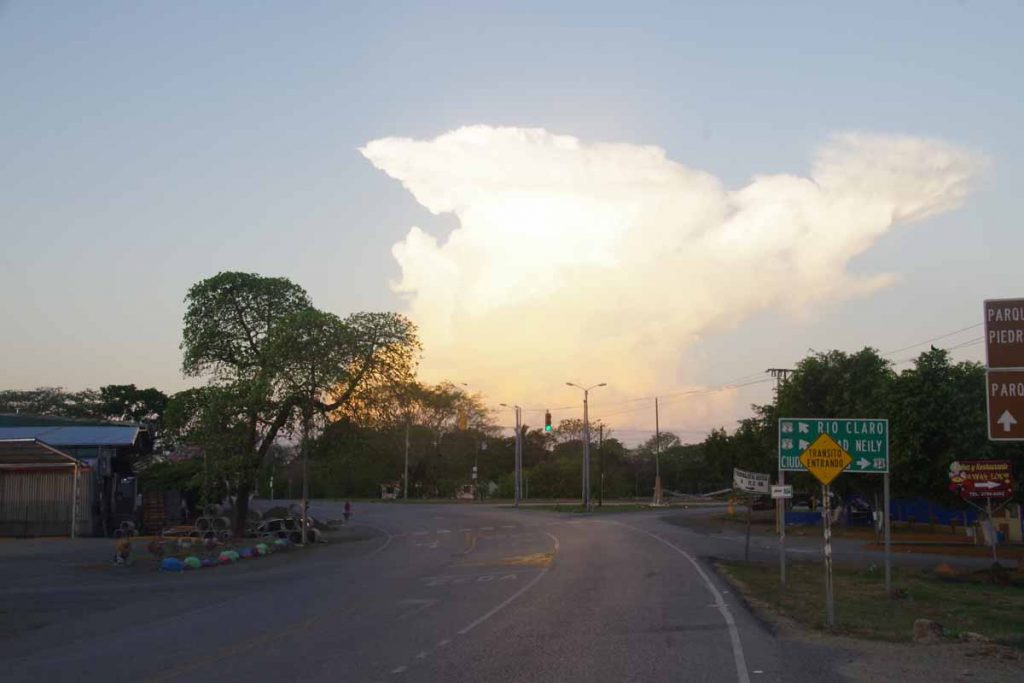 Forecast called for chance of showers and saw a thunderhead starting to build even in morning as I left. It pretty well stayed dry until after I arrived and even then only a few sprinkles.

The first two hours of the day are my favorite. Not only is it cooler, but there seem to be a lot more noises out in the vegetation. Squeaks, whistles, caws and other insect and animal sounds. Sometimes I listen twice to think, “is that squeak my bike?” but then realize it is some bird. On flat terrain, I will have covered 30km in those first two hours all before it gets very warm. After that still noises, but quieter. Also traffic starts to pick up. 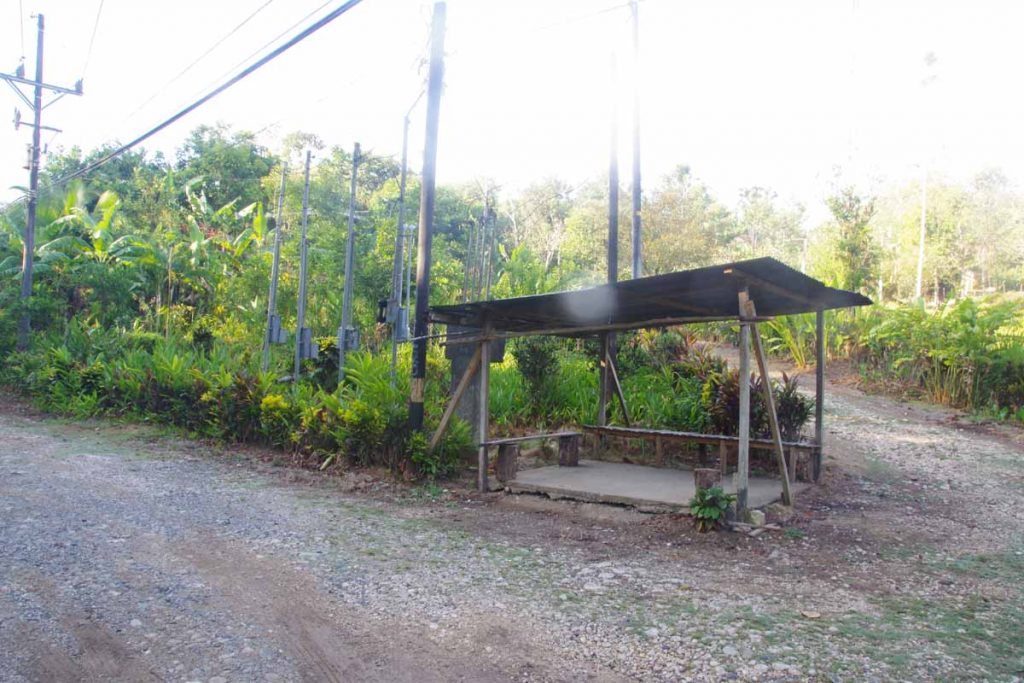 Passed a number of these covered bus stops today and stopped for snack at 26km at one of them. There was a town at 32km and one at 60km and otherwise mostly rural areas. Parts of the road were newly done smooth asphalt and last 15km was a bit bumpier. It wasn’t wide, but traffic generally waited to pass. 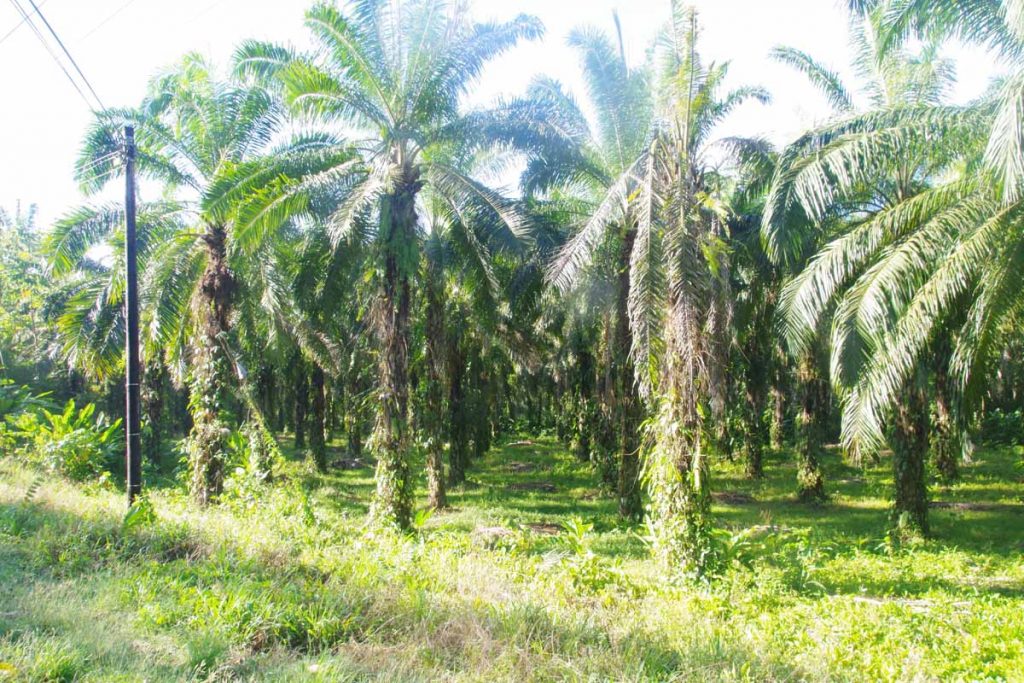 A few palm groves, though not as large plantations as the other day. You can see the vegetation that climbs up on the trunks of these trees. 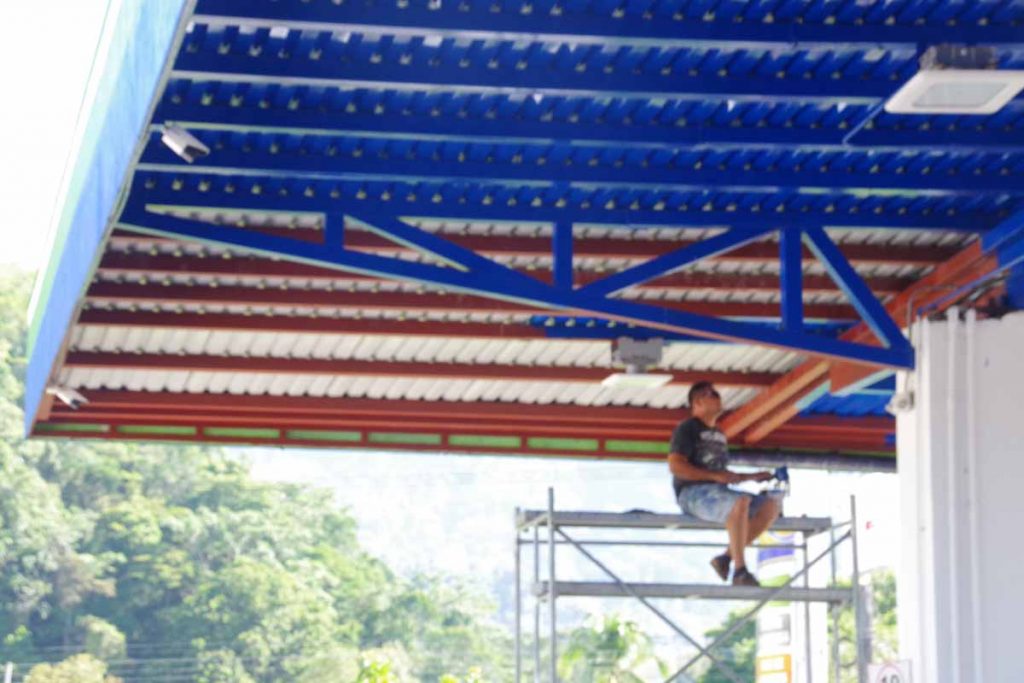 This guy was busy painting the roof blue and still had a ways to go. 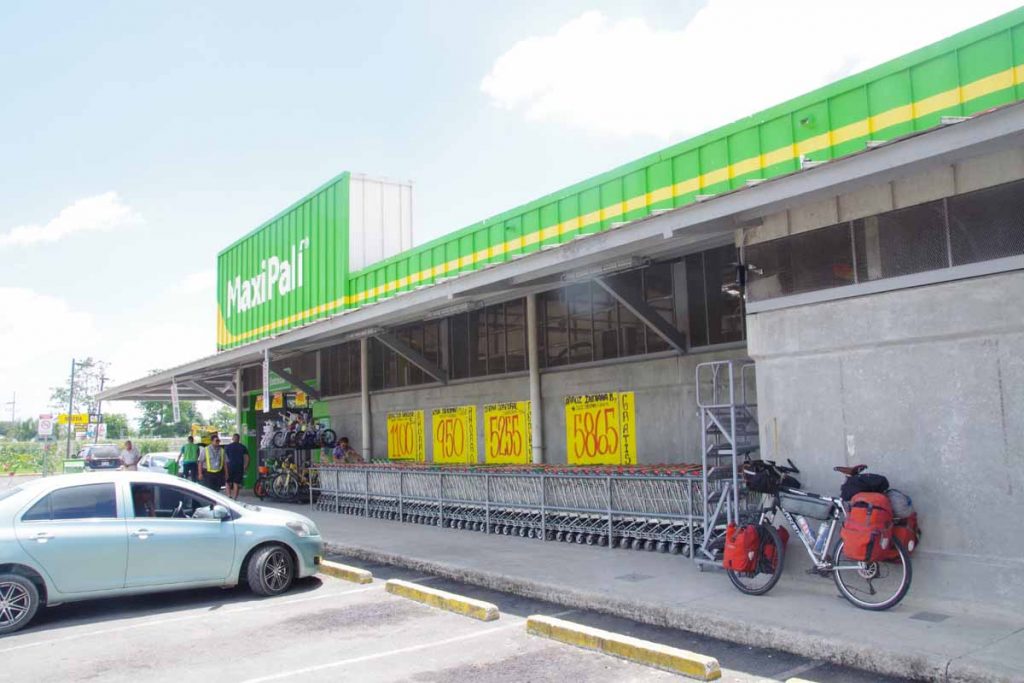 At 60km I came to Rio Claro and made a stop here at the Pali to for a few things for a snack.

After this cycled the remaining 16km into town of Ciudad Neily. I am about 19km from the border and plan is to cross into Panama tomorrow.