Made it to Panama, eighth country on this trip. 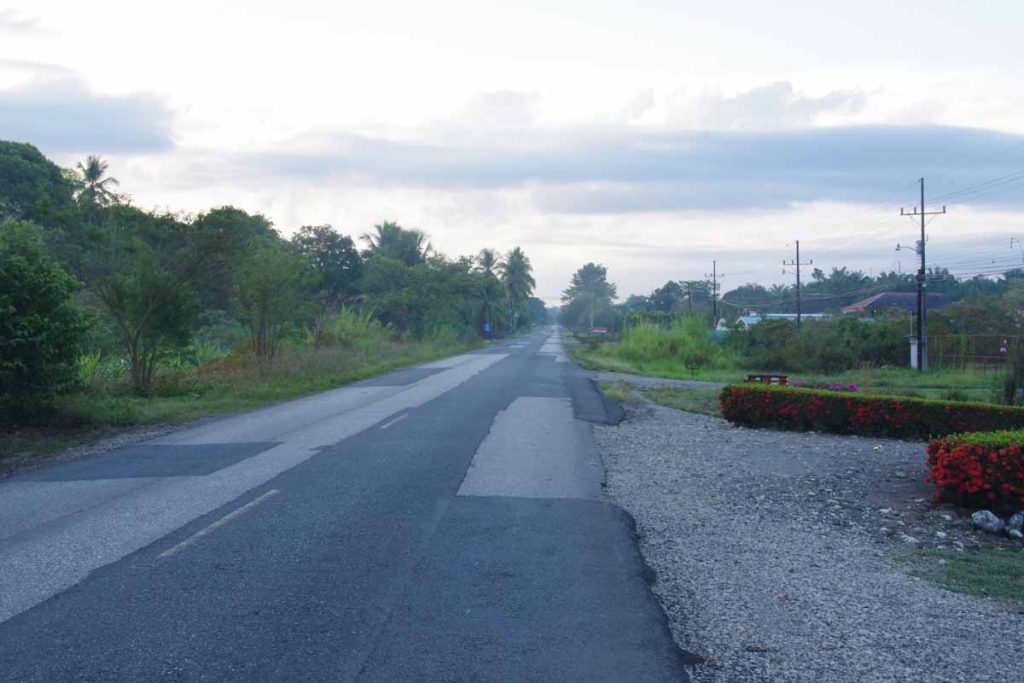 Once again started early. First 18km to the border was on a reasonable though occasionally bumpy road. Once again, nice to have the cool morning air. 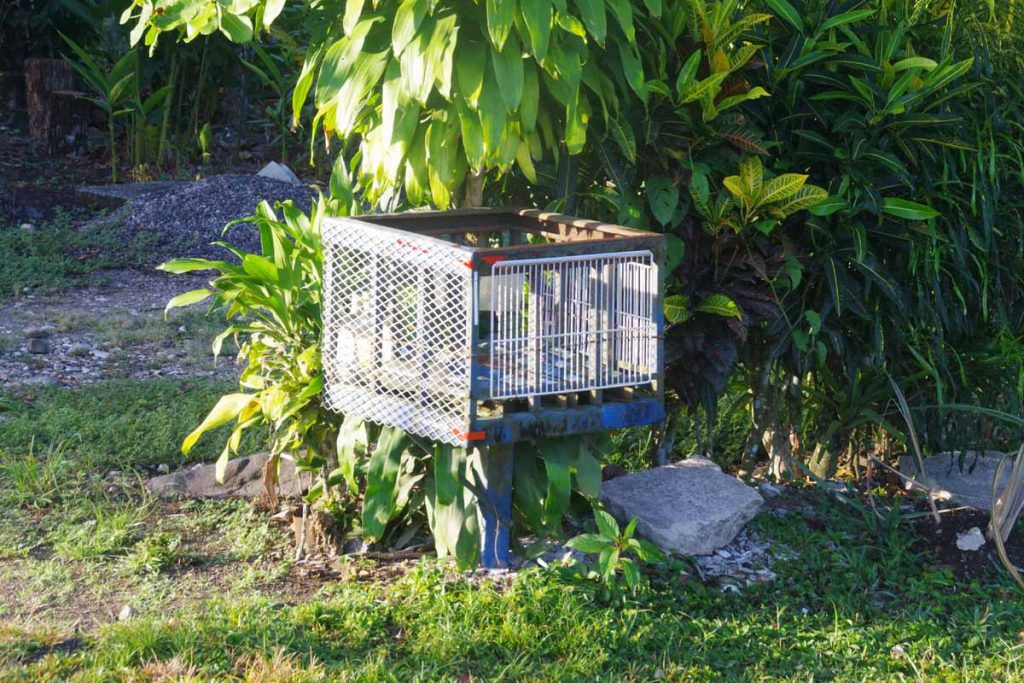 Many of the houses in Costa Rica have these boxes out front. Sometimes they will have an empty bottle or two or other debris. Always on a post out of the ground, but otherwise vary in construction. I assume these are garbage but not 100% sure. 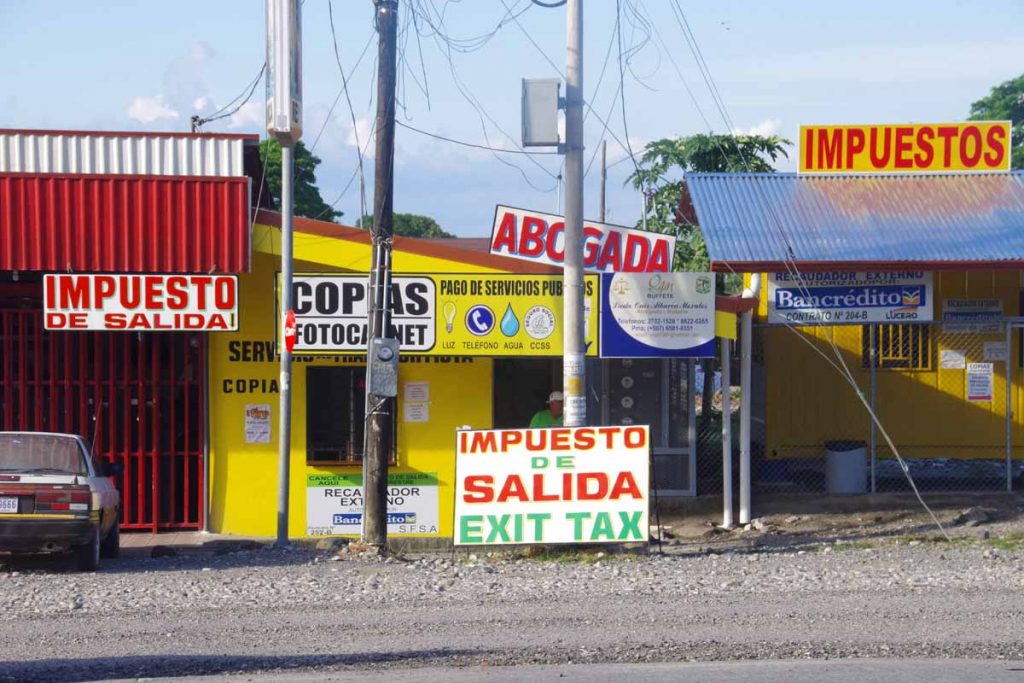 I cycled past the Costa Rica immigration building. Asked some police and they directed me back to what I thought was a bus station. First step was to go across the street and pay $8 ($7 exit tax and $1 fee). Next had to fill out the exit form. Otherwise, was quick and easy to get my stamp to exit Costa Rica.

Next stop back to the Panama immigration building. This went even easier. They looked through my passport. Next took a photo and scanned my fingerprints. After that a stamp and I was ready to go. I had read a variety of things on the internet and was prepared to document my exit (plane ticket from Panama City back to US) and prepared otherwise answer questions – but it all went easier than expected. 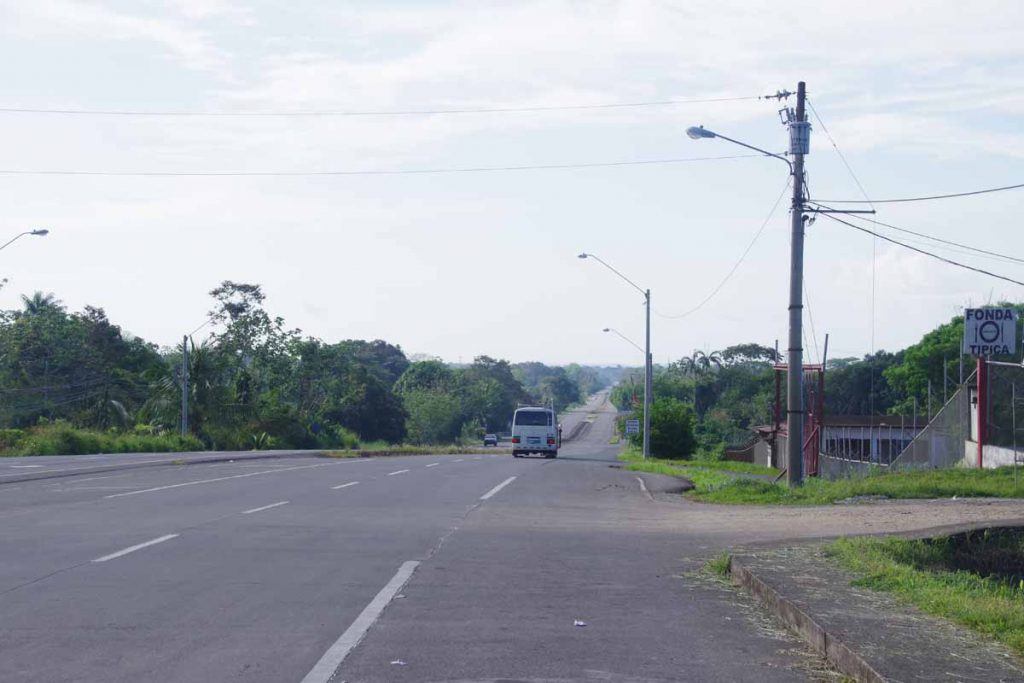 The road in Panama started very nicely and gradually became worse as I neared David.

Initially it was a four lane concrete highway with a good asphalt shoulder. 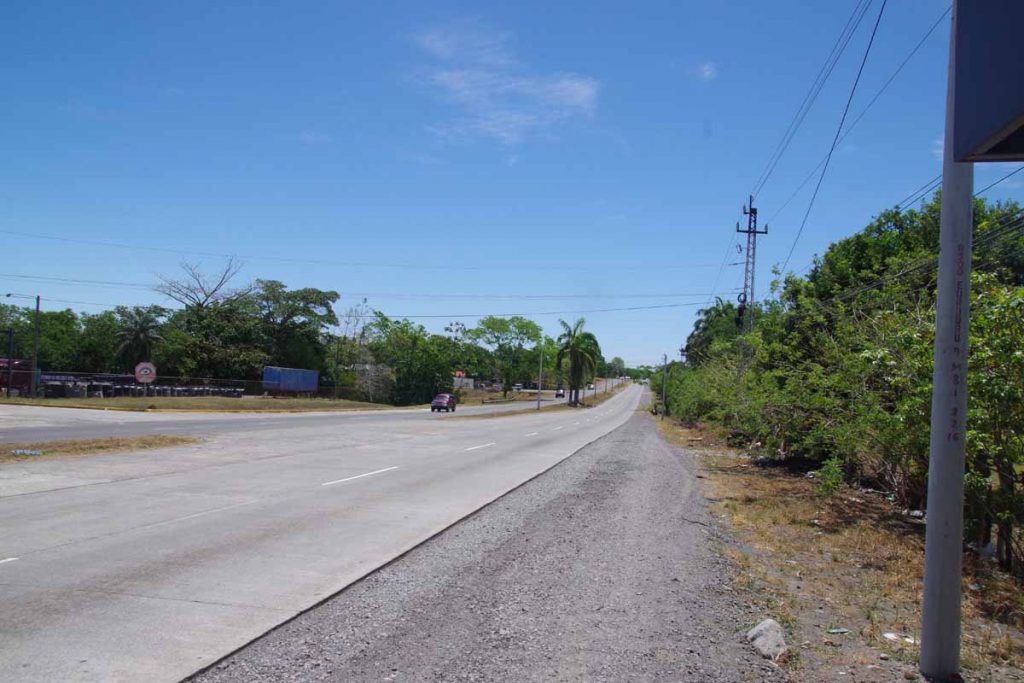 About half way, the shoulder deteriorated and disappeared in many places. Hence, I was riding on the concrete. Unfortunately, the traffic also increased – though vehicles generally gave me room. The last 10km into David, the adjoining cement slabs had shifted and now there was often a 1cm (1/2″) sharp drop from one slab to the next. Bump, bump, bump. Not the best to ride but not much alternative.

We climbed slowly to 250m and after that a majority of the riding was downhill into David. 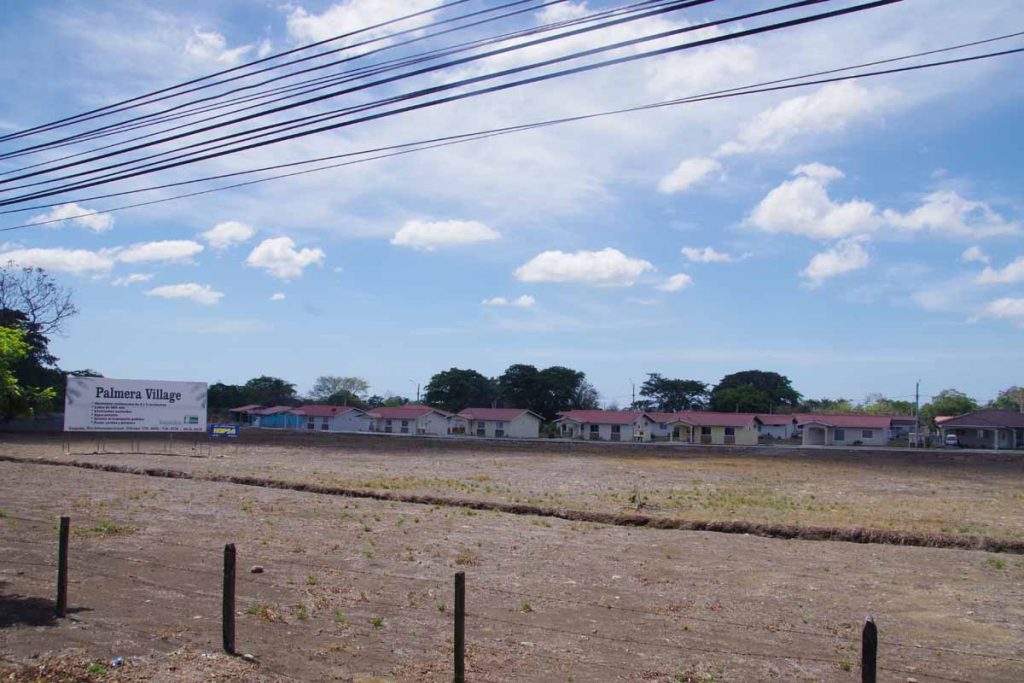 Saw some of these housing developments along the way. Signs are in Spanish, though wonder if they are directed to expat communities, as I know Panama is a popular destination. 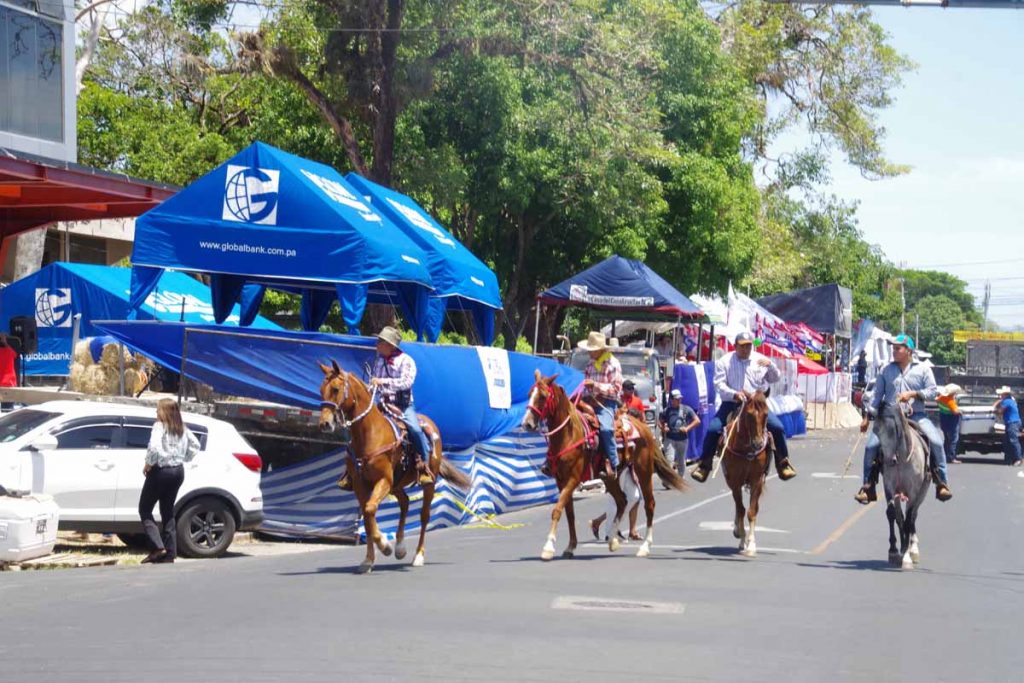 There is a big festival in town: Feria de David, from the 16th to the 26th of March. Many of the streets were blocked off. I had made a hotel reservation via Expedia to make sure I had a room, though availability was low. Saw quite a few people on horseback including these riders.

Overall, nice to get into David and reach Panama. Plan is to cycle from here to Panama City and then fly from there to Colombia with a short intermission in Colorado in between. I bought the ticket a bit ago, and hence have some extra time I’ll spend either along the way or in Panama City when I arrive there. Given the warm afternoons, also nice if I can make some shorter (cool) morning rides.