Had a highway to myself today as I cycled on road under construction. Nice contrast from yesterday. 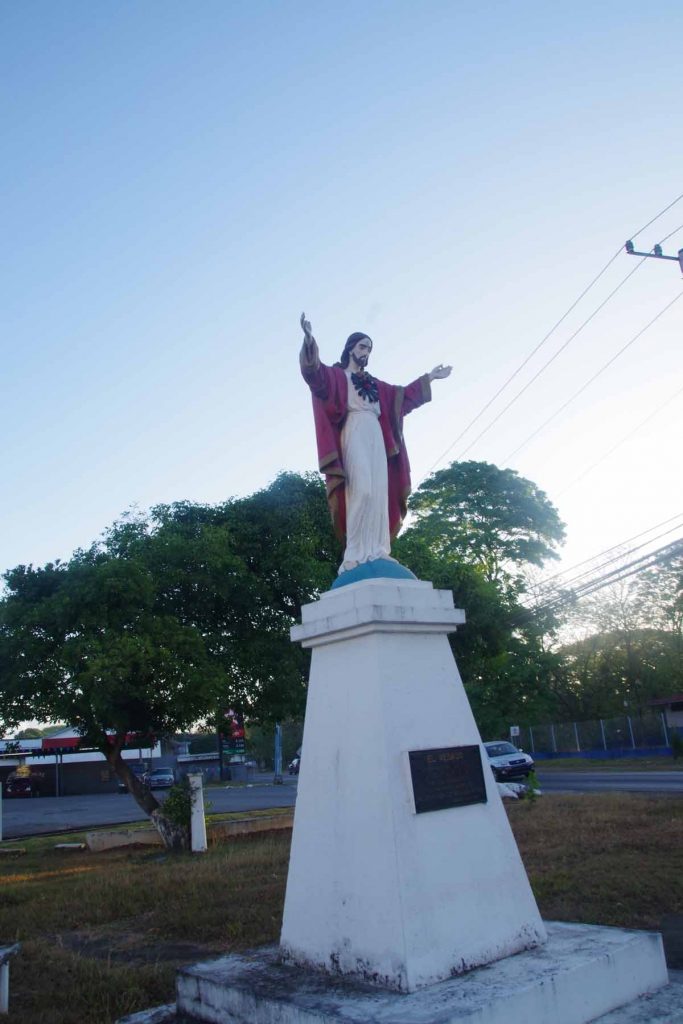 Breakfast in the hotel before getting on the road. Once again, trying to get some riding in before the heat, though the last 15km my odometer still recorded over 40C (104F). A little higher than air temperature as this is over pavement – but still quite warm. 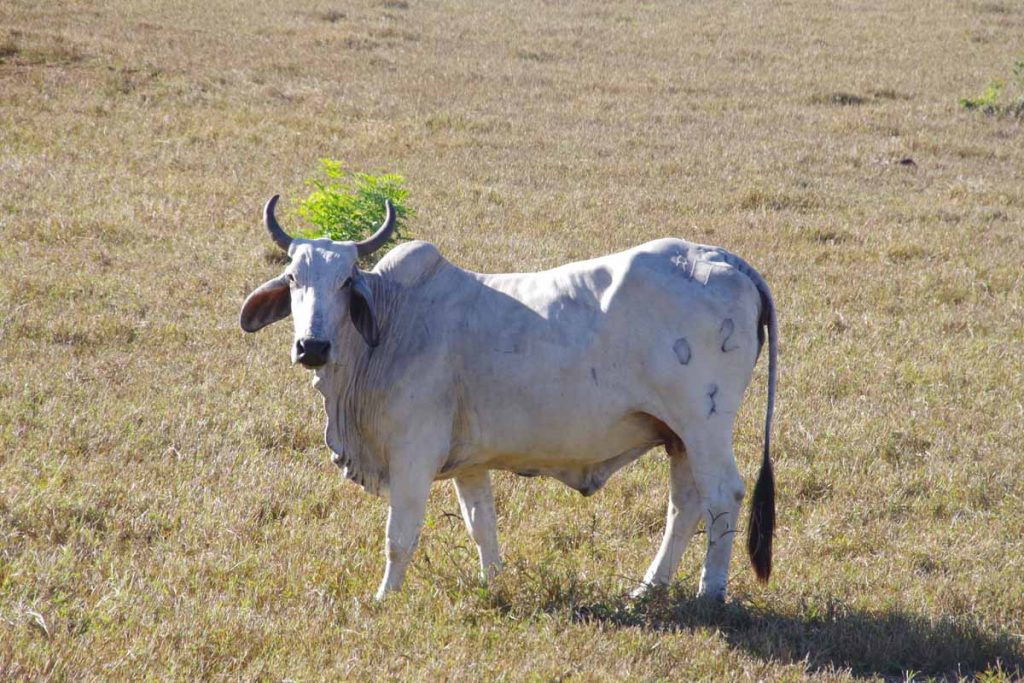 After 3km of riding through the town of David, I was back on the Panamerican. The surface was smooth. There was curb and gutter so still narrow, but once I left town, there was a nice new smooth shoulder to ride. 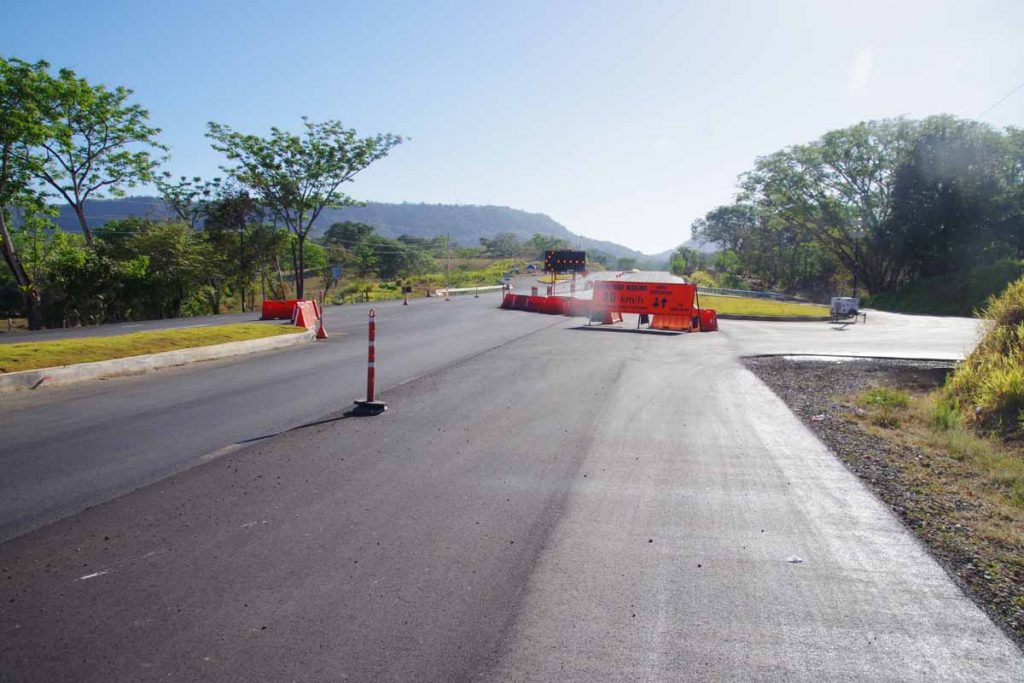 At 23km, there was a sign directing all traffic to the left to make the left two lanes two-way traffic. I stayed right. 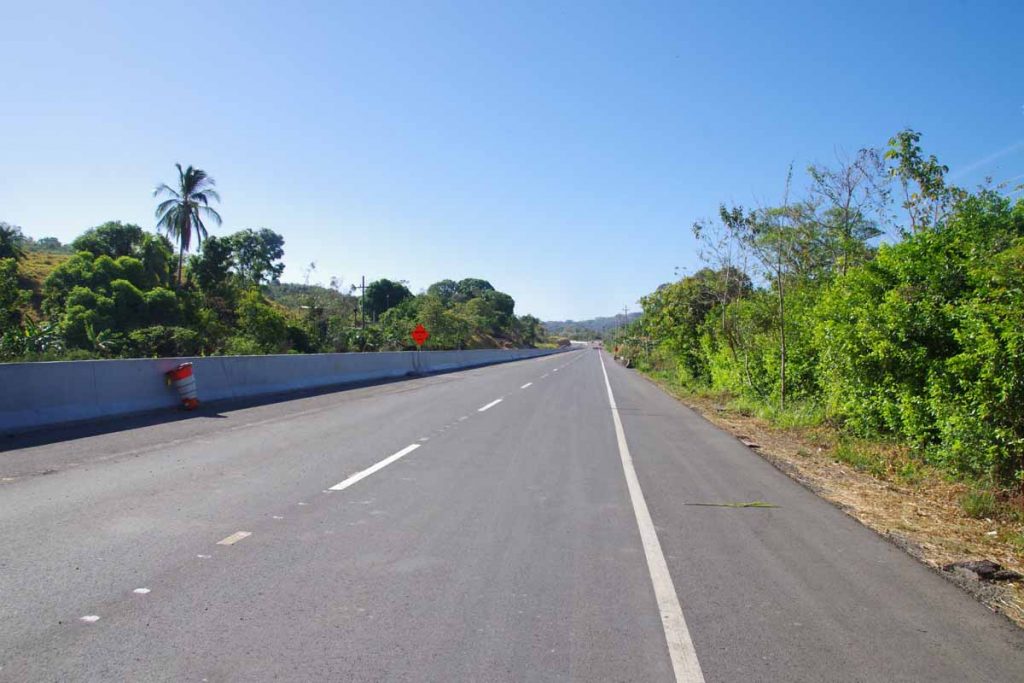 This gave me an entire smooth road to ride without any traffic. Occasionally, I would pass construction workers and occasionally there were barricades. However, for the most part, I was on a new smooth road all to myself. It was great cycling. Only once did I get myself into trouble – I came to a bridge and construction workers indicated the bridge was under construction and not open. Not to worry, I backtracked 500m and got back on the regular highway lanes. 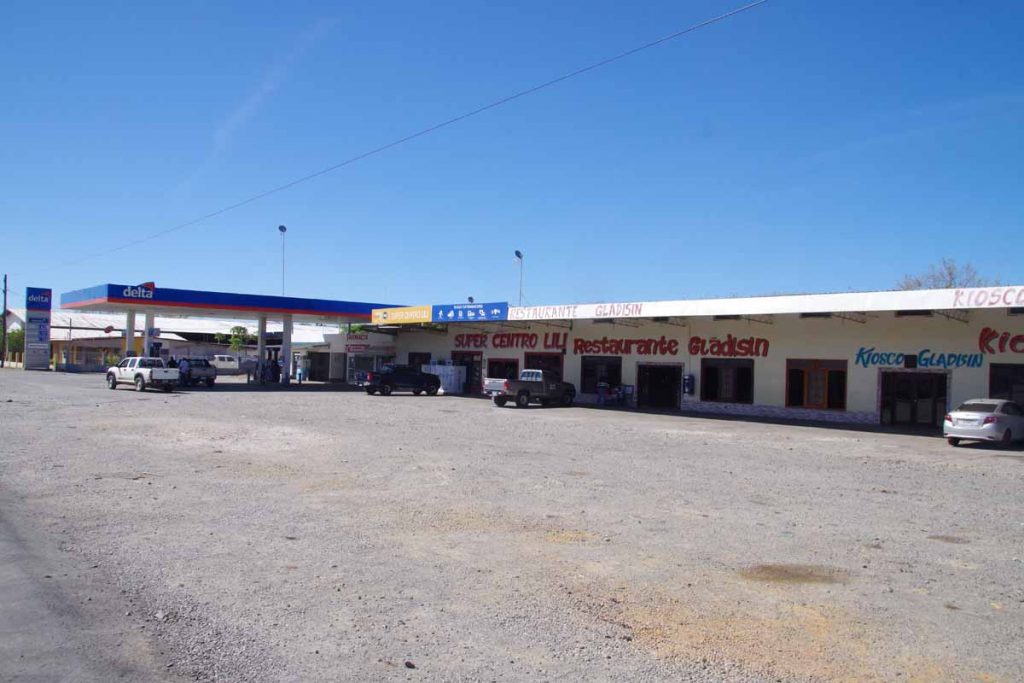 At 43km, I stopped for a bite to eat. After this it definitely became warmer. It was also moderately hilly. No big hills but enough short steep hills to record 656m of climb for the day. 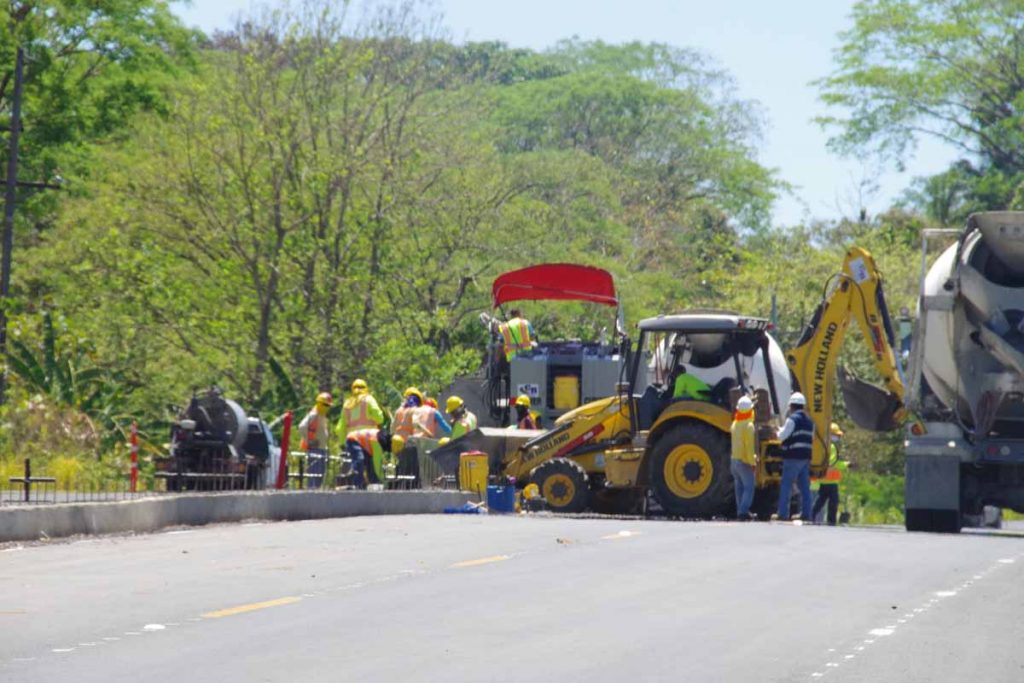 Another example of road construction along the way. 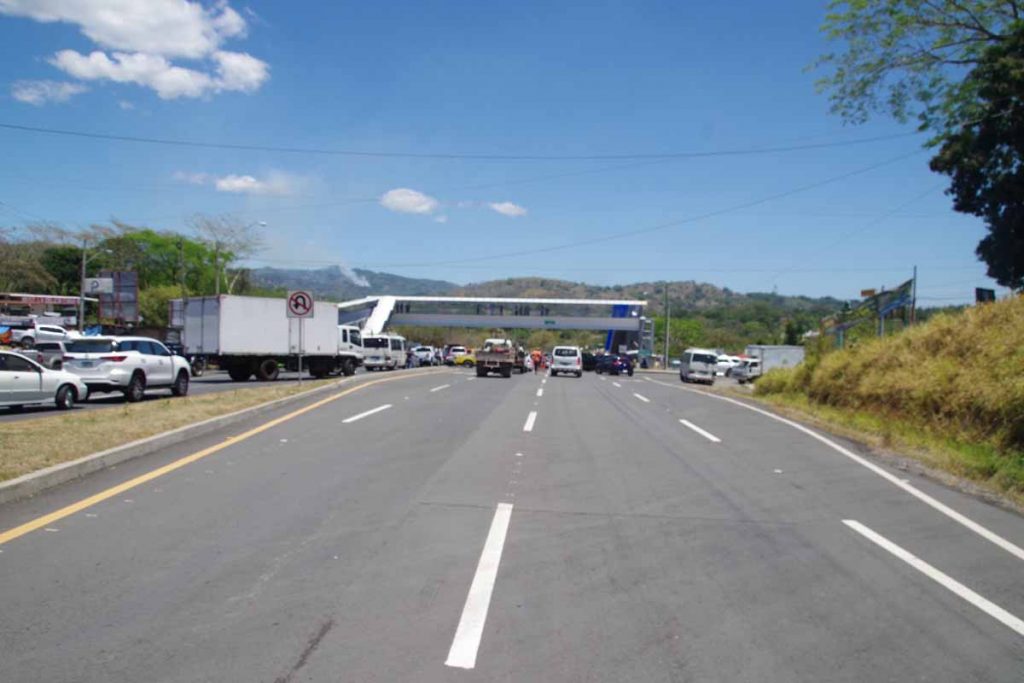 The last few kilometers before turnoff to Las Lajas, there was several kilometer long backup of vehicles. Not sure if there was road closures or other reasons, but I was still able to bypass it. 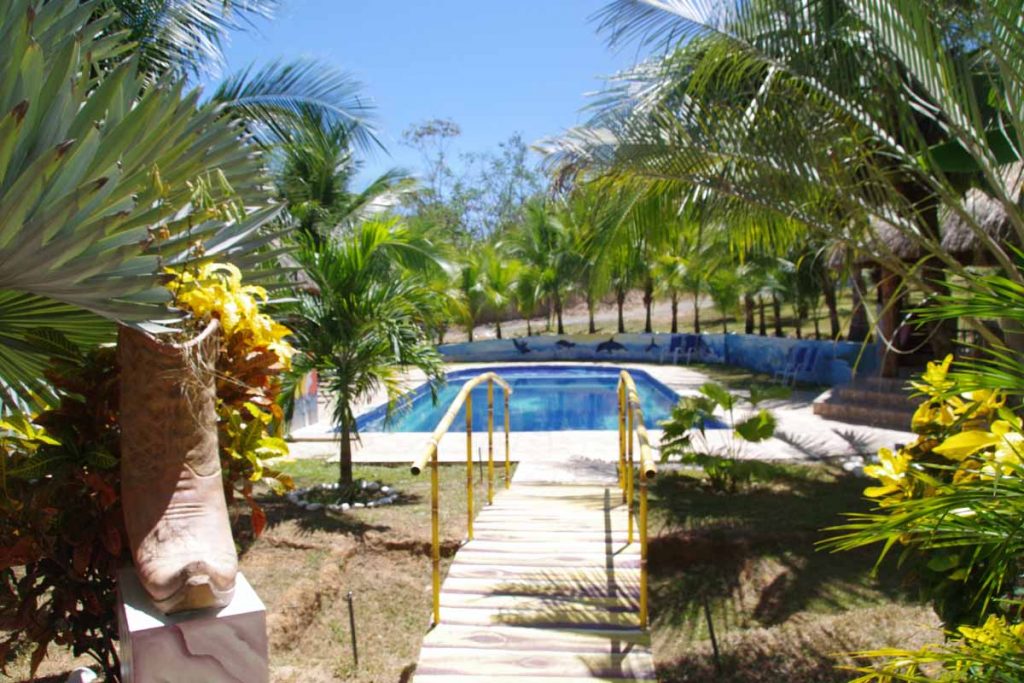 Turned to the right and found my way to nice little hotel. Has a restaurant and even a swimming pool. However, happiest that the room has air conditioning.