Great ride today on small back road alternative to the Pan American. Long, hot and hilly but easier than I anticipated. 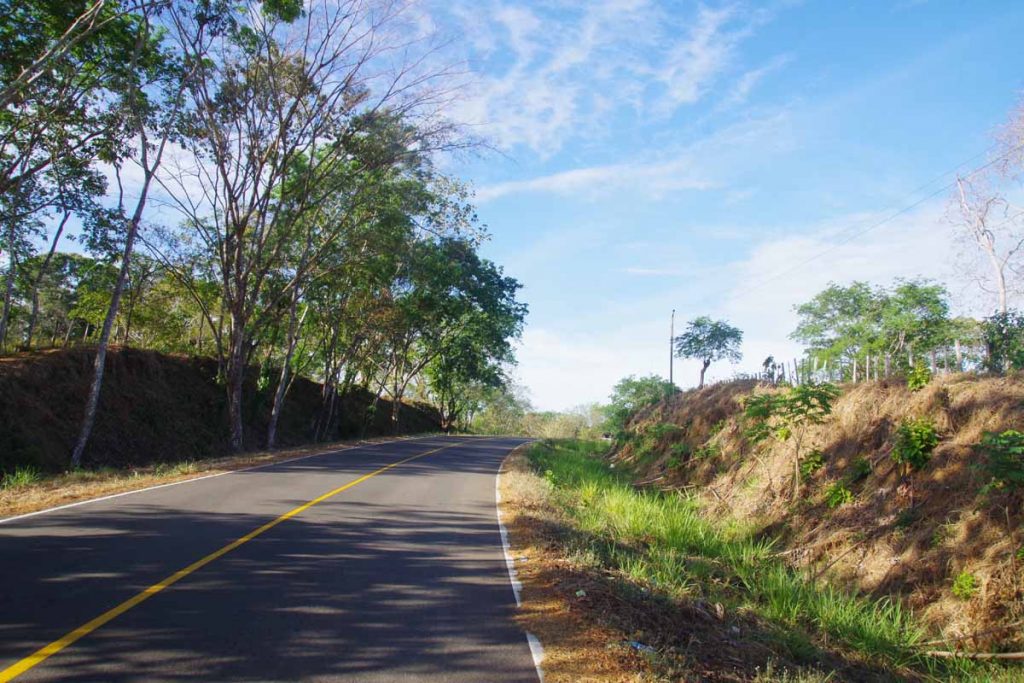 After the first 23km, I took a small back road with great scenery and not much traffic.

So I took a rest day to make sure I was well rested and started off right at sunrise. Overall, it turned out easier than I expected. Yes, it was 96km and yes it got warm and yes there were some hills. However, the road often provided some shade and it wasn’t as warm as some other days. Leaving early also gave me some time to slowly power up the hills, some of which approached 10% grades.

The road started with a ride back to the Pan American Highway. I had seen a small road on the maps and went to investigate, but that turned to rough unpaved road so took the standard road back. For the next 18km, there was still road construction. I had a mix of having the road to myself and staying in the right lanes with all the traffic. Overall not too difficult.

At 22km, I came through a control point where they wanted to see my passport. After that was the road junction shown above on the small road. 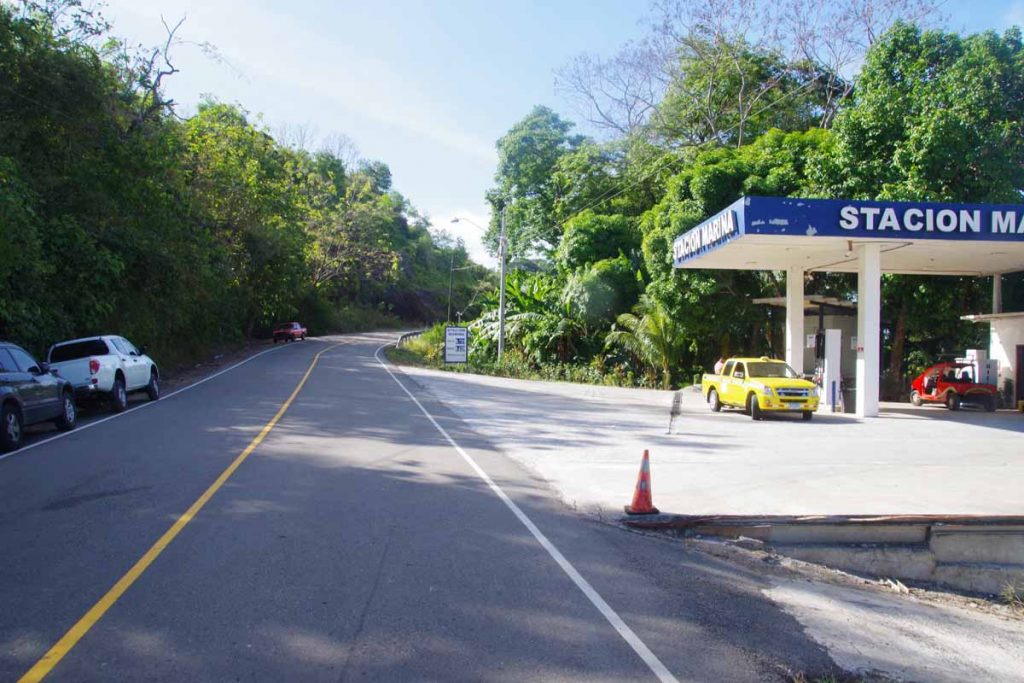 It was a great little road. Not very wide, but also not much traffic. At 35km, I stopped at this gas station for a drink. I wasn’t quite sure where I would find places to get snacks, so took opportunities I could (turned out 35km, 53km and 77km were all stop points for me). 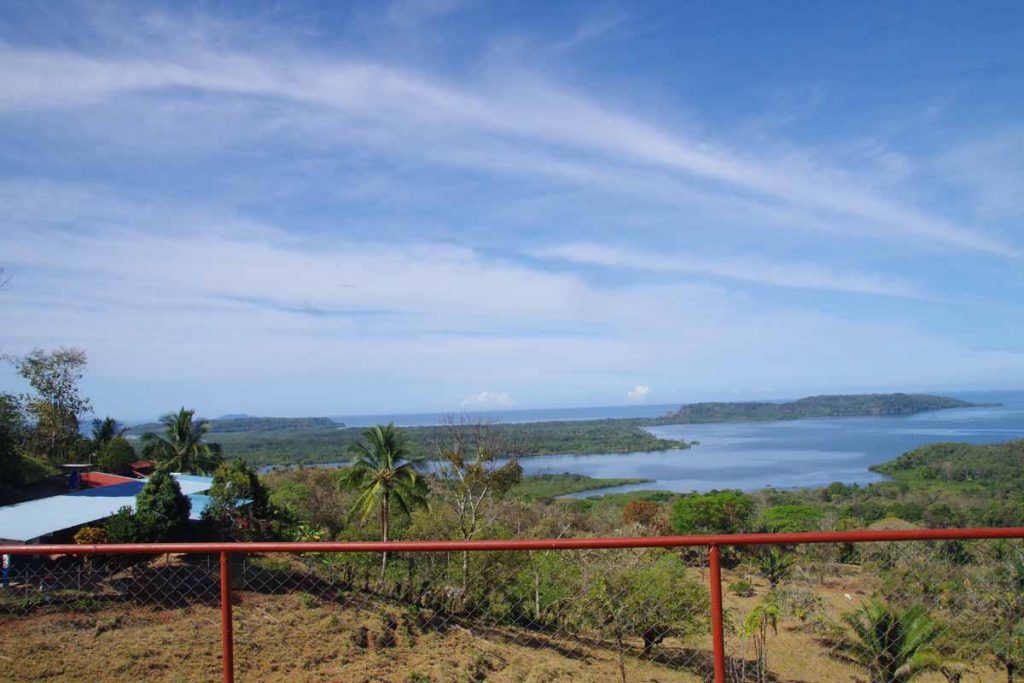 After this the first of the short steep hills. My odometer registered over 12%. I was still relatively fresh, though later in the day I walked a 12% grade or two. After this point, the route left the coast. 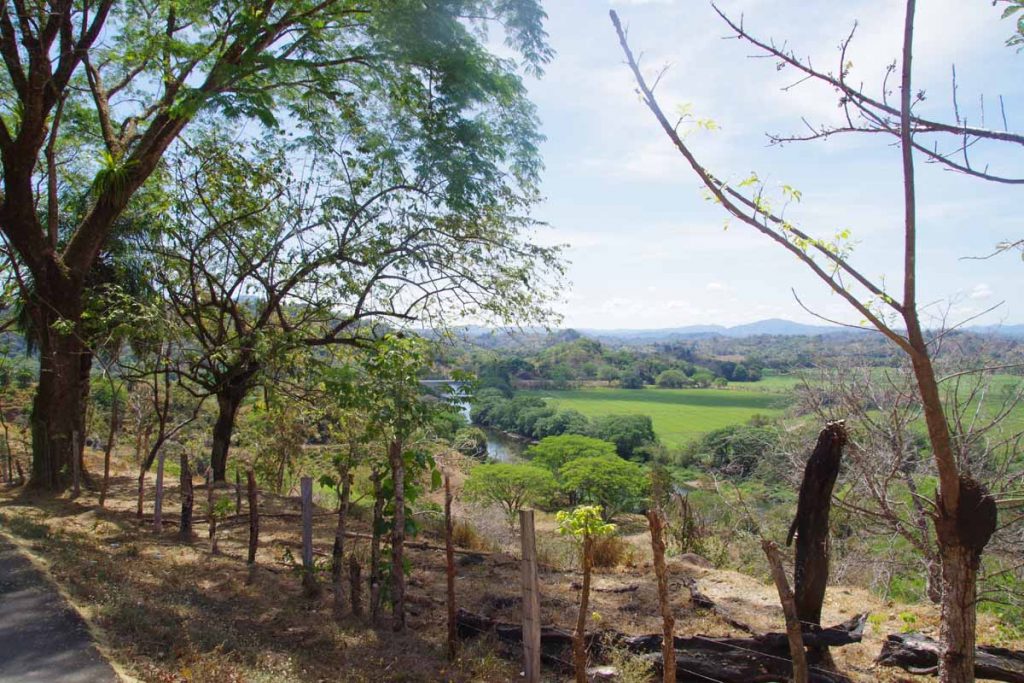 There were one or two places with agricultural fields. 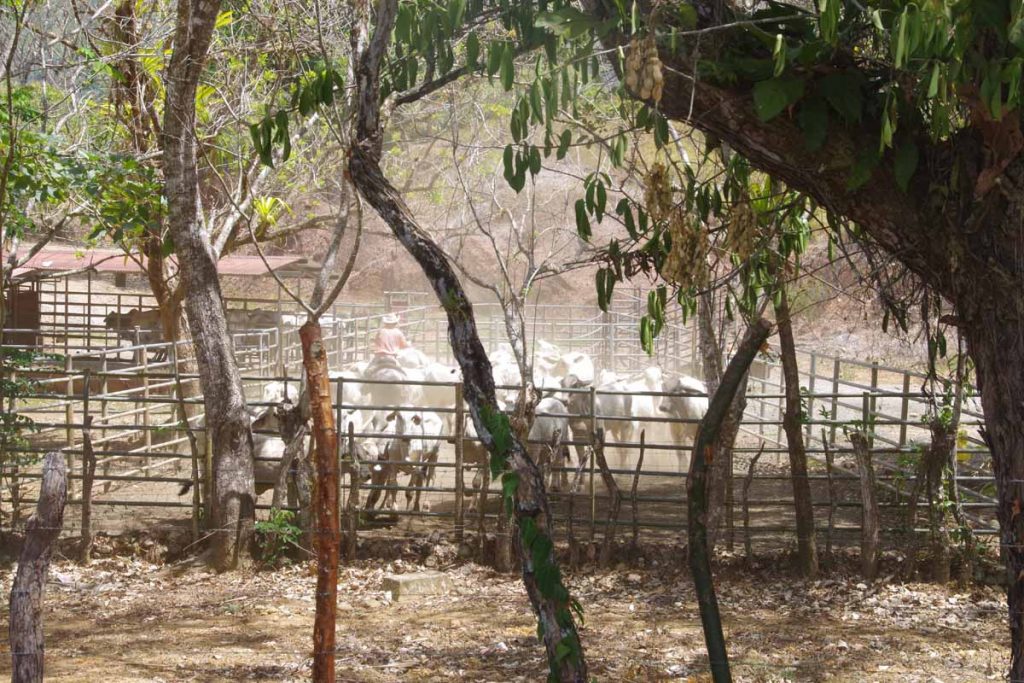 However, at least as much, this seemed to be “cowboy country”. These guys were rounding up cattle from within a pen. 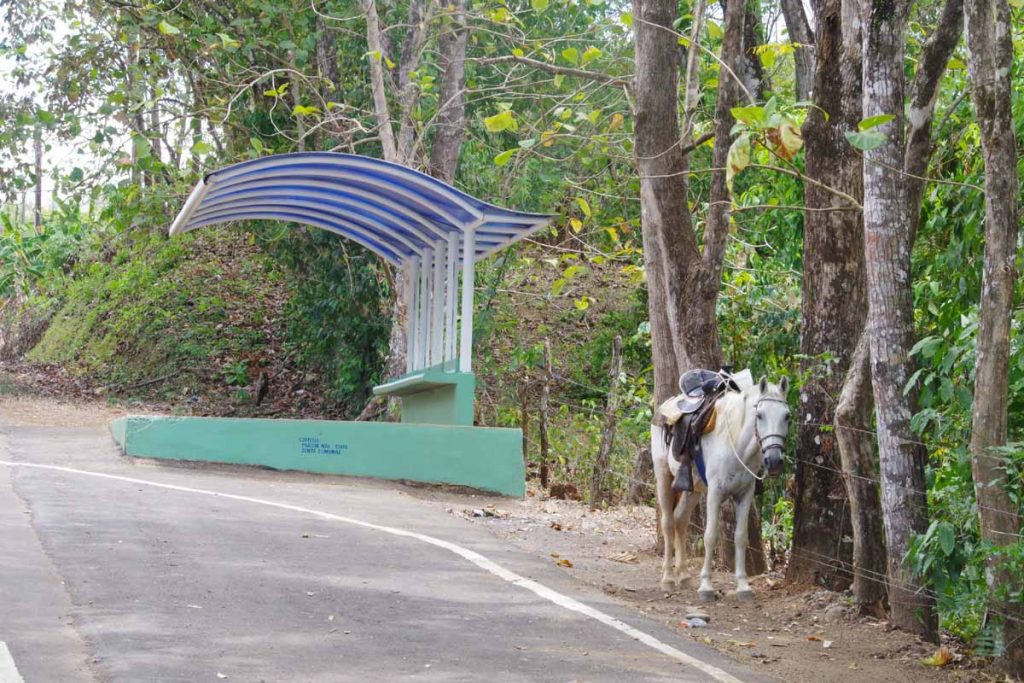 I saw a horse or two tied up, this one near a bus stop. 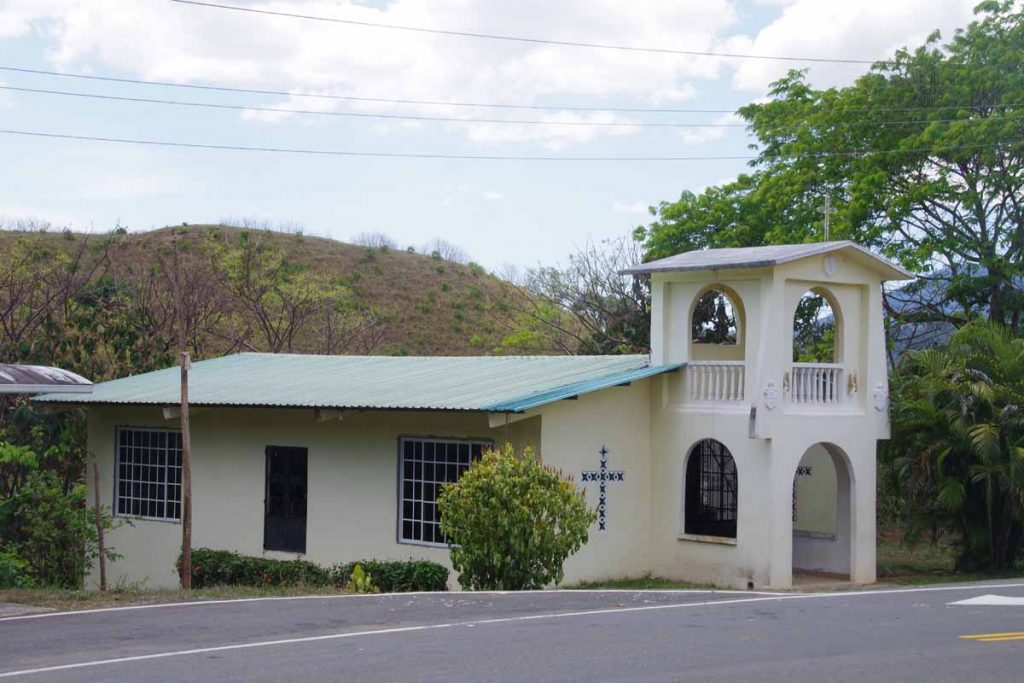 At 77km was this small church and road junction. After 81km, there was more downhill than up – so became a bit easier at the end. 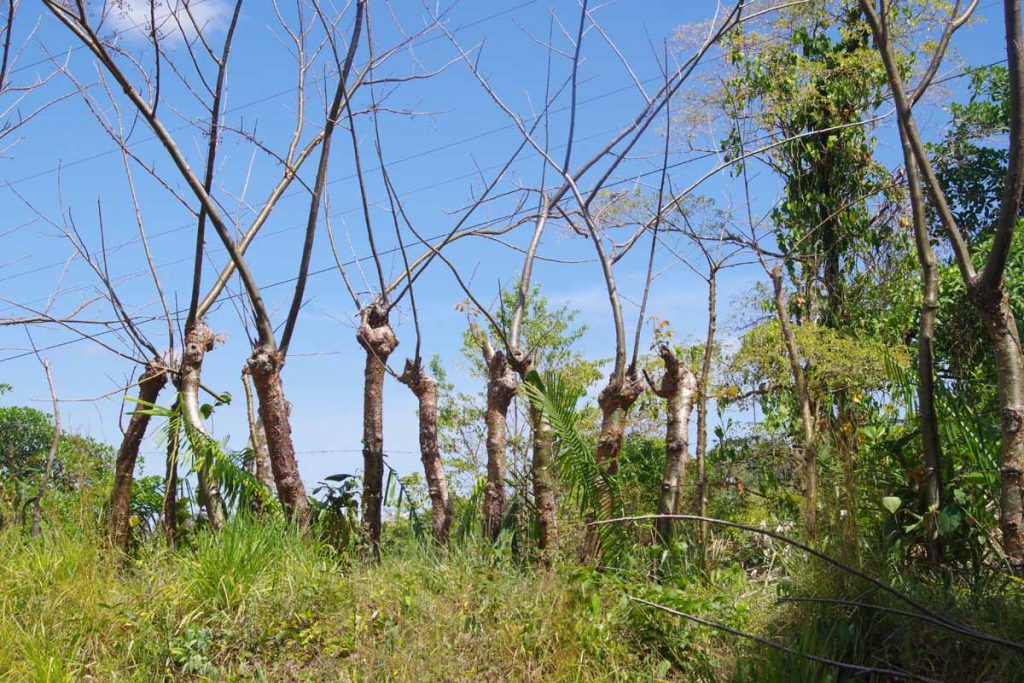 Most of the area along the way was fenced off. Sometimes the fence posts were composed of trees that were then pruned back into mostly post shapes.

It was around 3pm when I came into Sona. Nice hotel on the main street. Otherwise, good chance to relax after a tough – but not as difficult as I expected, ride through backroads of Panama.