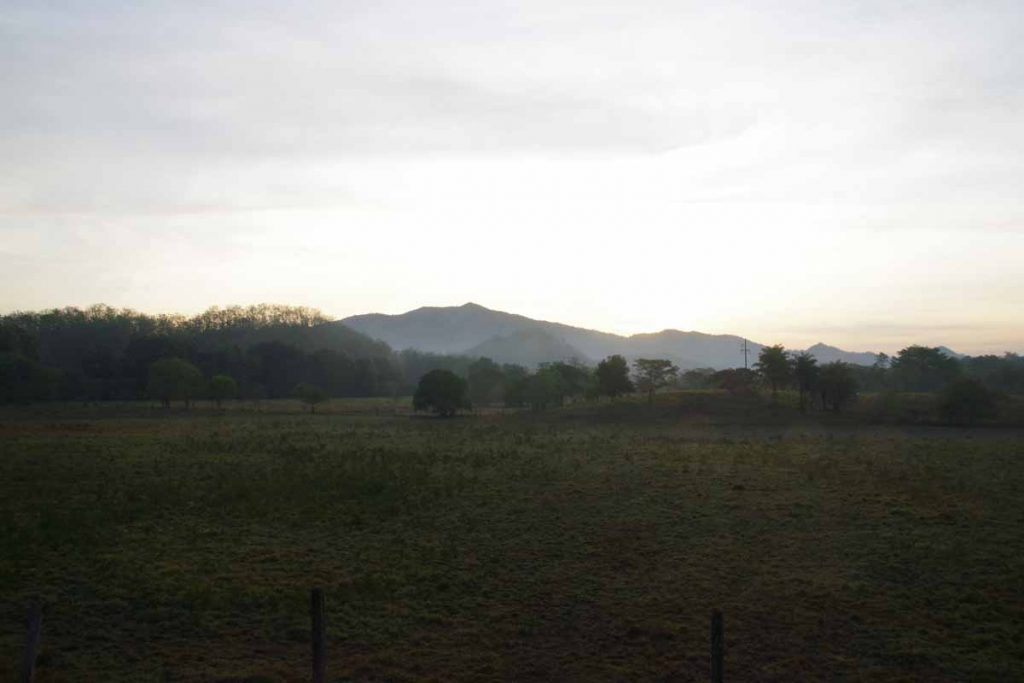 Short easy ride that brought me back to a larger town and the Pan American Highway.

Back on the road early. Two places with some hills today but overall flatter terrain. Somehow my bike odometer lost the profile file, but remember the distance and expect only around 300m of climb total. 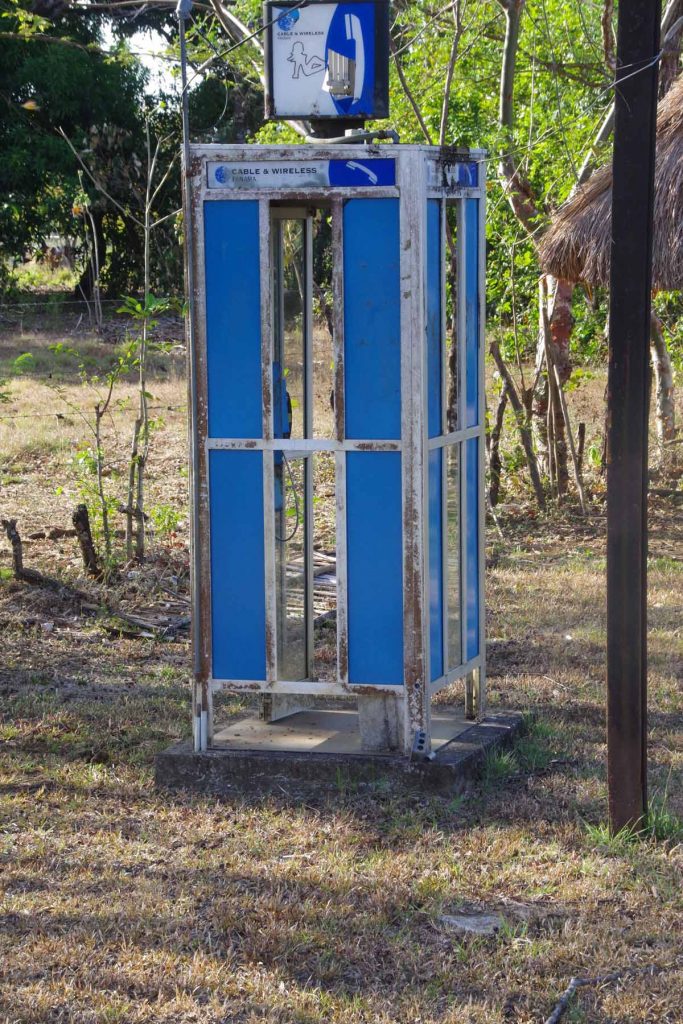 I’ve noticed more pay phones in Panama. Not sure if I didn’t notice them in earlier countries or if there are still just more pay phones here. Panama uses the “Balboa” as its currency. However, one Balboa is exactly one dollar and both forms of currency can be used. In practice all the bills I’ve seen are US, but I’ve got a mix of Panamanian and US coins. Will need to be careful to get rid of the Panamanian ones before departing.

Something else I noticed today is a lot more honking. The road continued narrow, but had more traffic than yesterday. Again, not sure if the Panamanians do more honking of if this was a side effect of the road I was on. 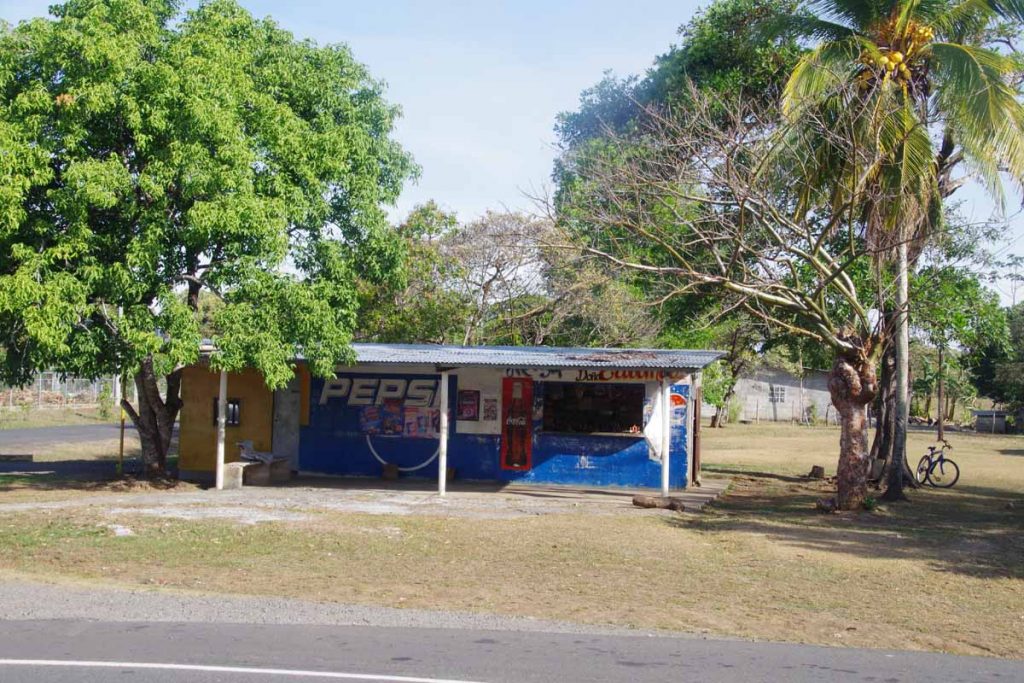 One of the small places along the way. I stopped only once as distances were short. At 46km, I found my way into and then through town of Santiago. It was a bit of a mess to find, but by 48km, I was back to the Panamerican Highway and 1.5km later found a reasonable hotel that had been recommended in Lonely Planet. 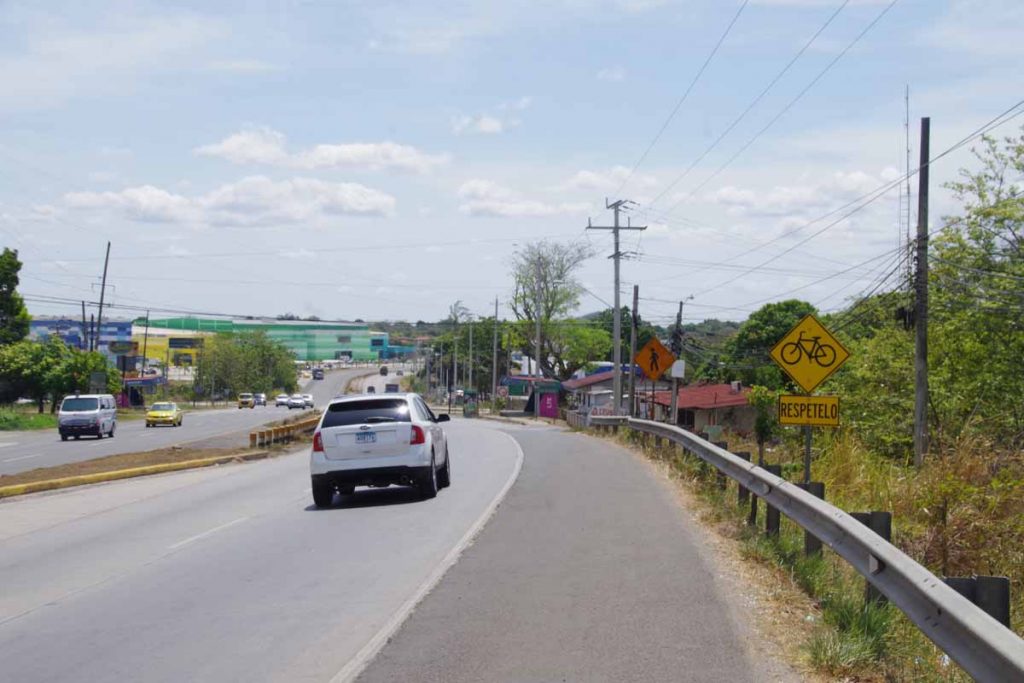 There are signs here to respect bicycles, though still a busy road. Not far from here is a large mall and afternoon adventure will be to explore that mall.