Another day of riding the Pan American and ending at the beach. 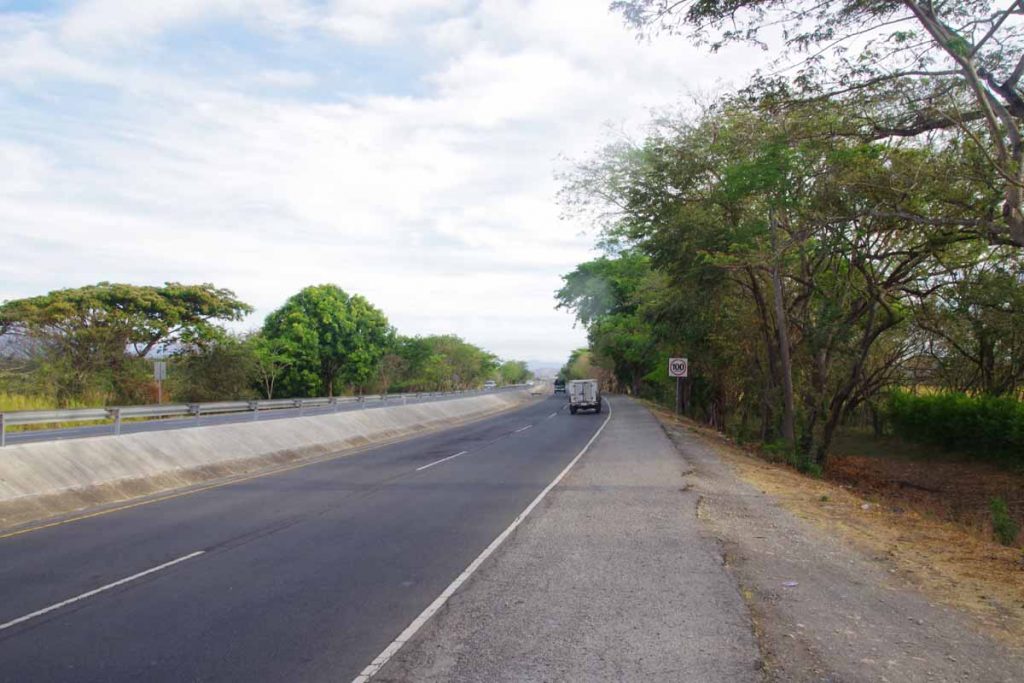 My route through Panama is not the most exciting ride, but the road is direct and goes where I need to go. Definitely good to start out early as the first 20km were both relatively cool and less windy. The shoulder of the Pan American continued to be OK most of the time. One exception are occasional bridges. In that case, I check my mirror and in plenty of time, go into right side of the travel lane. Still watch my mirror, but traffic pretty much gives me room.

The other exception were a few places today where the shoulder was extremely rough. Fortunately, these would occur for a kilometer or two and then suddenly I would be back to smooth shoulder again. 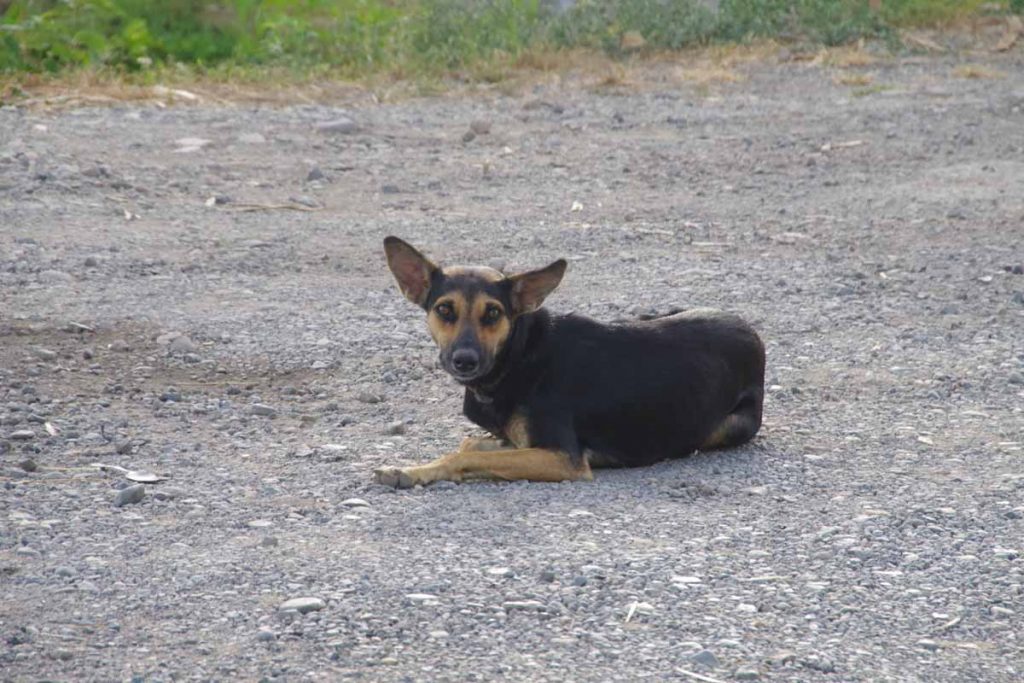 After 10km, was to town of Nata. Occasionally see dogs like this one along the road, but fortunately vast majority are well-behaved. I suspect dogs that chase too many things on the Pan American are at risk of being hit. 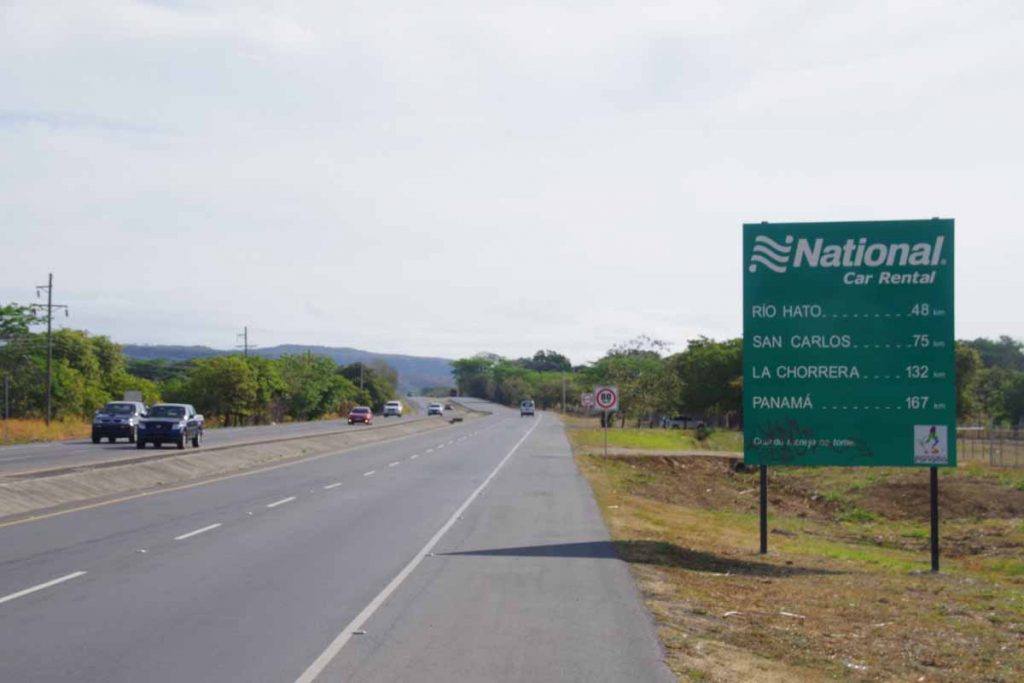 Signs have started mentioning Panama City more often. After “Mexico” and “Guatamala”, I’m now more used to the capital city just using the name without “Ciudad” prefix. There was nice truck stop at 23km and chance to take a break. 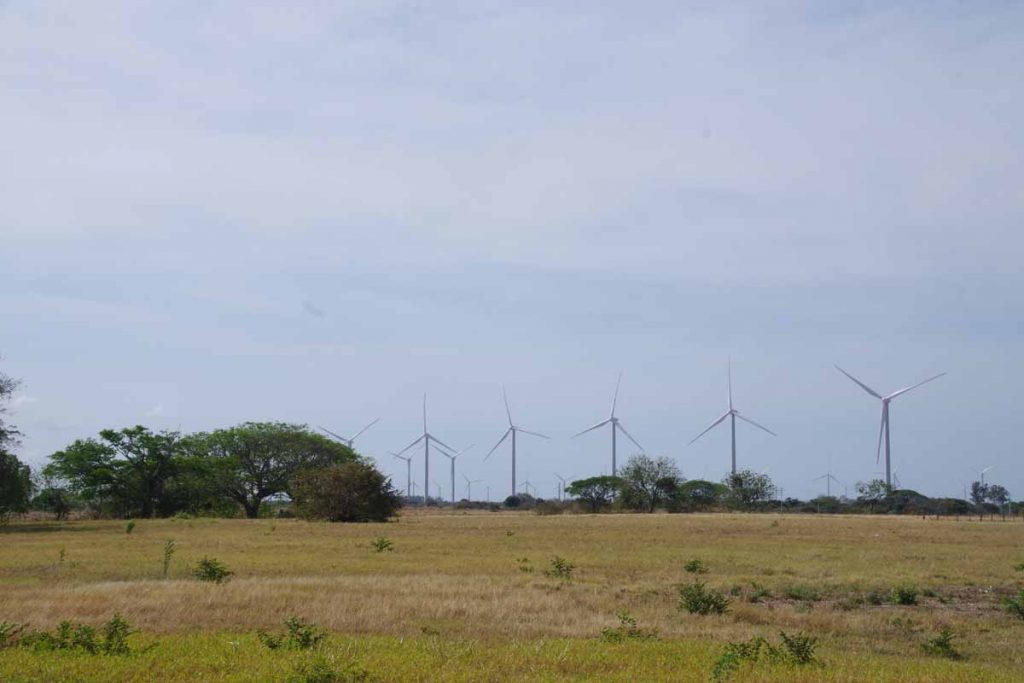 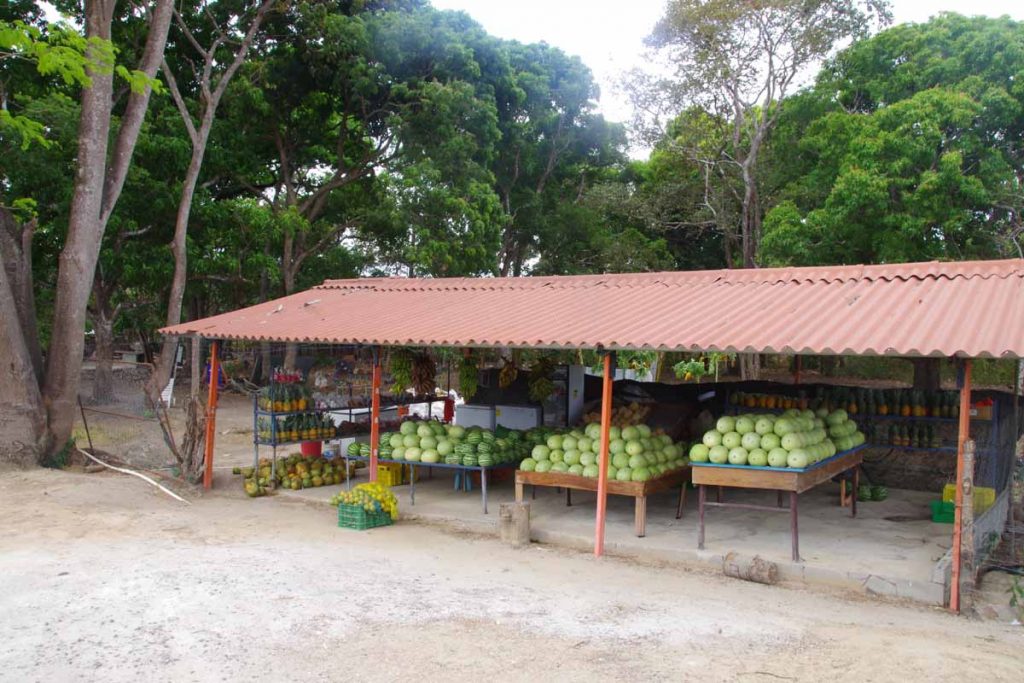 There continue to be fruit stands like this one selling “pipa fria”. Also see small pickup trucks full of melons on the road. Saw an interesting exchange today where a small autobus honked and flagged over such a pickup. Both vehicles pulled over to the right shoulder. Folks got out and a watermelon was sold. After that everyone back on the road. This was one of the upwind stretches so I had plenty of time to see it unfold. 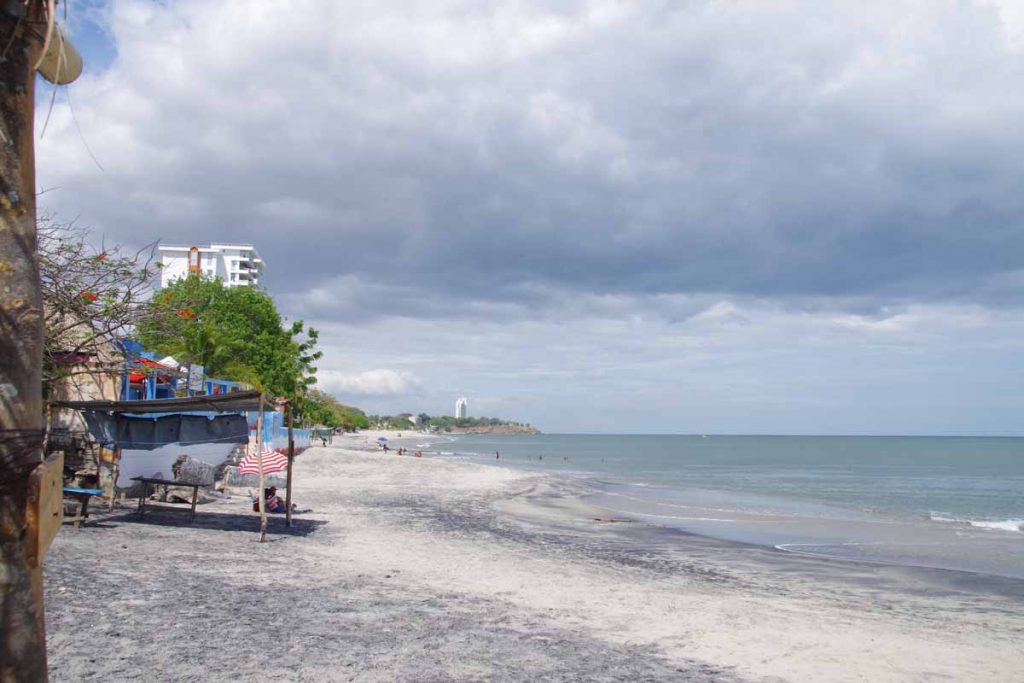 The last three kilometers brought me off to a more isolated beach area. Apparently, there are exclusive resorts out here costing many hundred dollars a night. I have a more humble hostel, though suits my needs perfectly well. Only issue seems to be that after first letting me take my bicycle into the room (I’ve reserved an entire room rather than bunk in shared room) – one of the two staff decided it was no longer OK to keep bike in the room and the other of the staff decided it was perfectly fine to have it in the room. Will see how this settles out.