A tougher ride today, glad to get it finished. 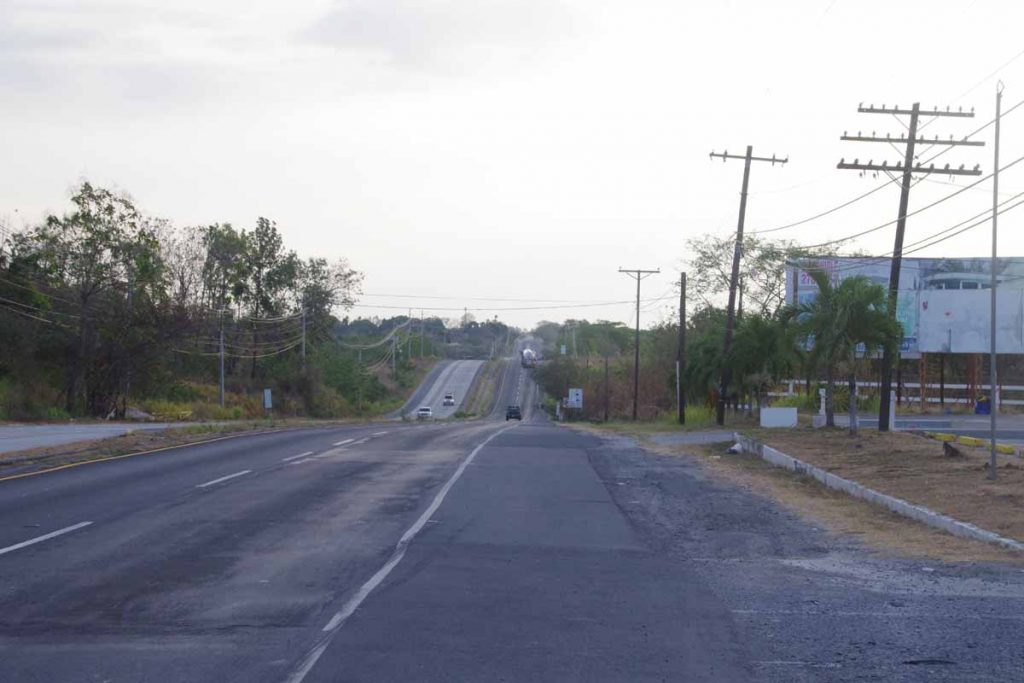 Last night, the bike stayed in the room. One staff member wanted it moved and the other was fine where it was. I didn’t make it any easier and just left it in the room – being very careful not to leave a trace of its presence. Back on the road early and first 3km were along the quiet beach roads with many speed bumps. After that, back to the Pan American for majority of the riding today.

As shown in the photo, there were more small hills today. In total 900m of climb, but only one hill of 150m (500ft), all the rest was these little rolling hills down and up and down and up again. It is Sunday and traffic got progressively busier later in the day and also as I came closer to the big city.

Still a lot of little places along the way. Stopped at a few “mini-super” stores to refuel. Also had a McDonalds breakfast in Coronado at 34km. 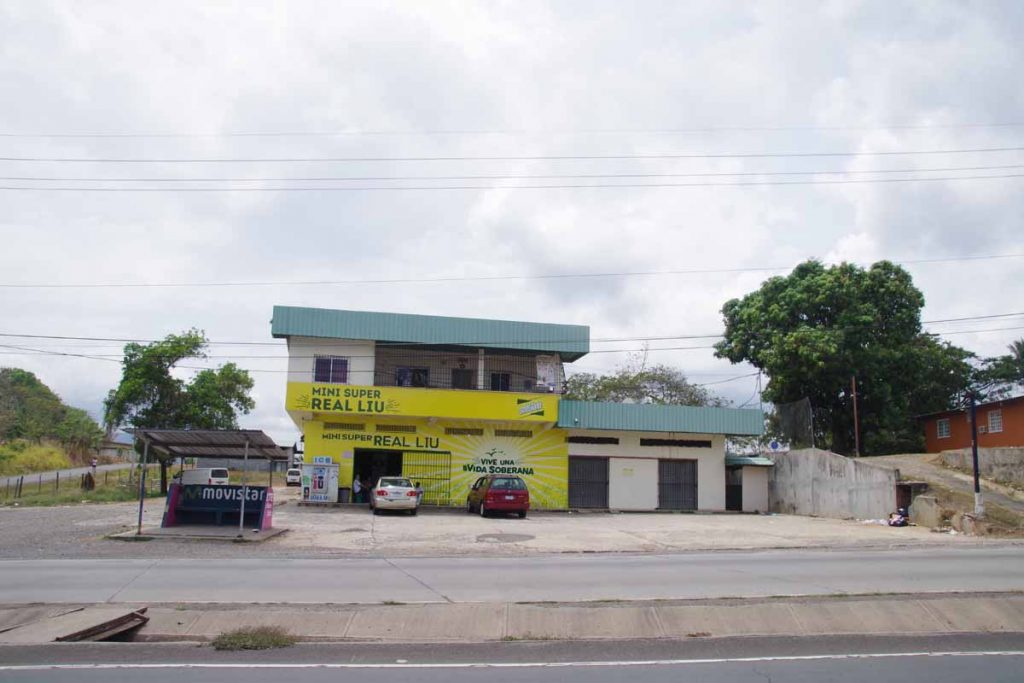 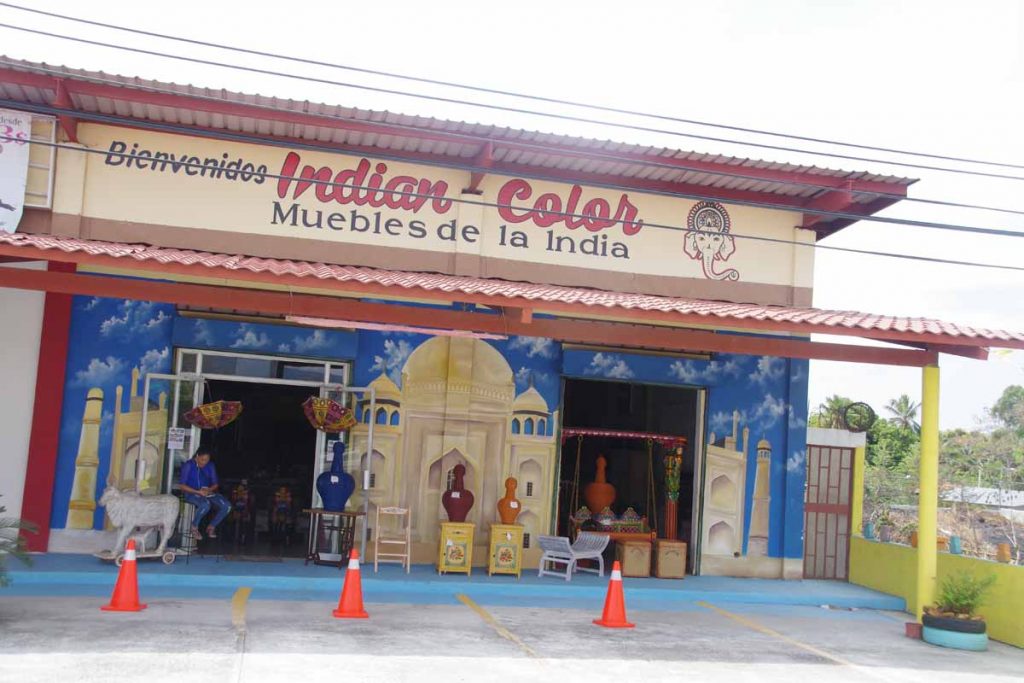 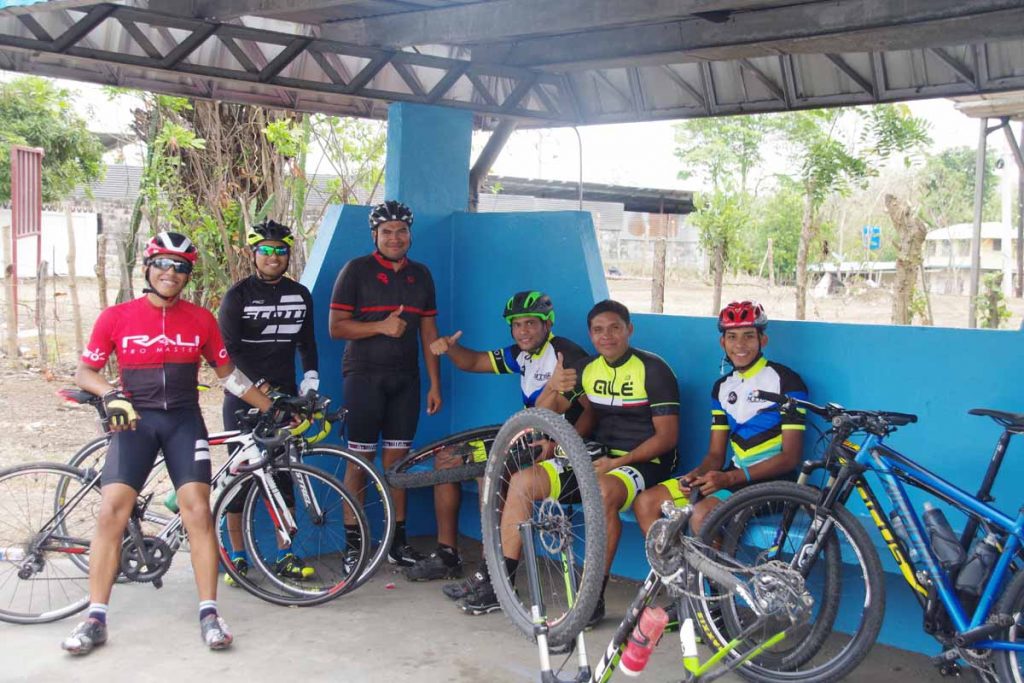 In the afternoon, I came past this group of cyclists in shade of a bus stop, busy fixing a flat. Stopped and had brief conversation. Not much later, they came riding past. 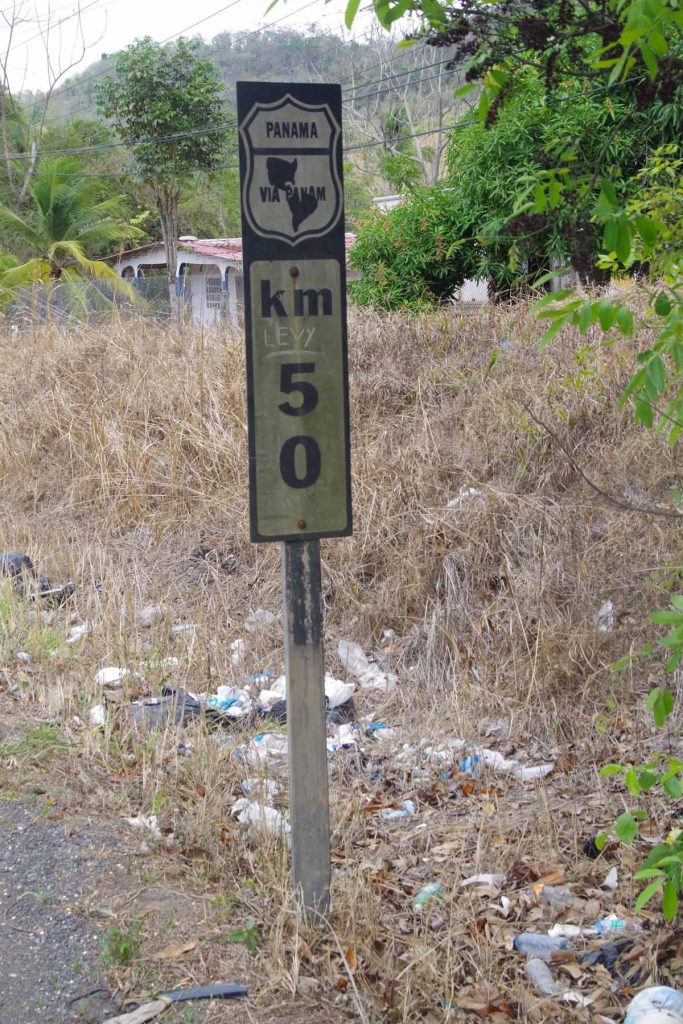 It was nice to watch the kilometer posts to Panama City slowly counting down. I figured today I cover at least half the distance to the city and stop if I saw a good hotel. 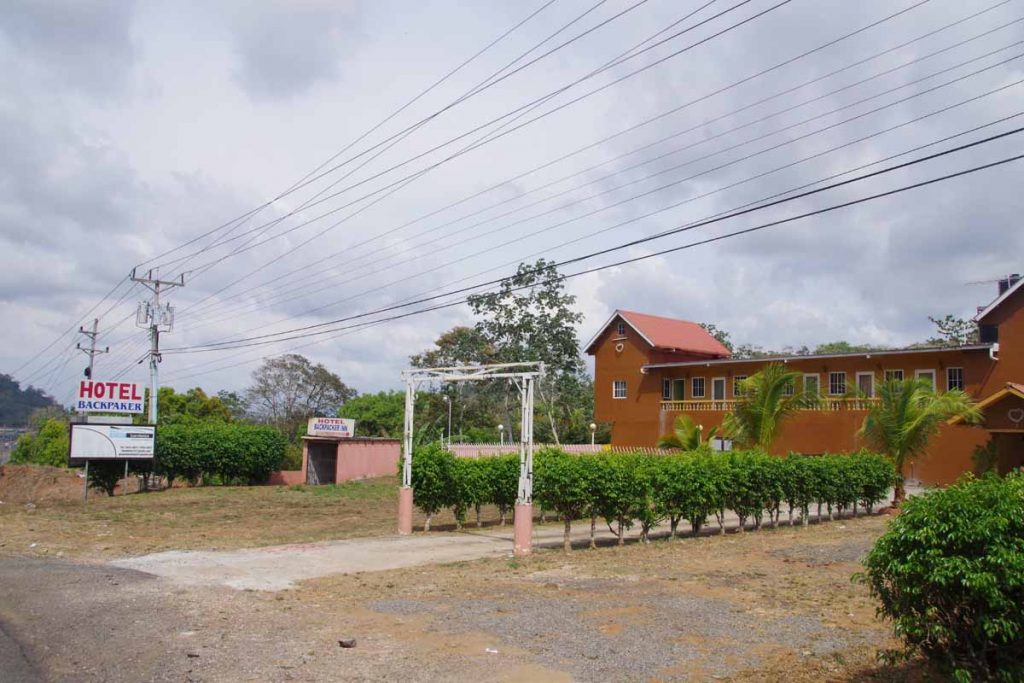 This was one of those hotels along the way. Not particularly inviting however, since it was out in middle of not much else along the busy highway – so not good place to get other things to eat.

By 80km, the road was quite busy. At this point was also a split where a large three-lane bypass went right and a left lane went into La Chorrera. Unfortunately, I couldn’t see how to safely cross the still speeding traffic to make it to the left lane exit. It was worst of both situations: too much traffic so there weren’t many gaps – and not enough traffic to clog things up and reduce the speeds.

Hence, I followed the bypass for another 2km, where there was a more normal right lane exit that then went under the highway. From this, was able to exit and then take smaller road through La Chorrera. It was tempting to continue on the bypass and ride all way into Panama City and I had enough daylight hours left. However, decided I’d rather ride into the big city well rested than at end of a long ride. So plan is to ride into Panama City tomorrow. Gives me some time to write down the route – though this also looks straightforward, though busy.