Time to be a tourist.

There is a company that does half-day boat trips every Saturday through the canal. Once a month there is a longer all-day trip that does “full transit” of the canal from the Pacific to the Atlantic. Enjoyed the trip, though it was a long day starting at 4:30am pickup from my hotel.

Our bus went to the docks where we waited for all to arrive and shortly past 6:00am we were loaded and underway. 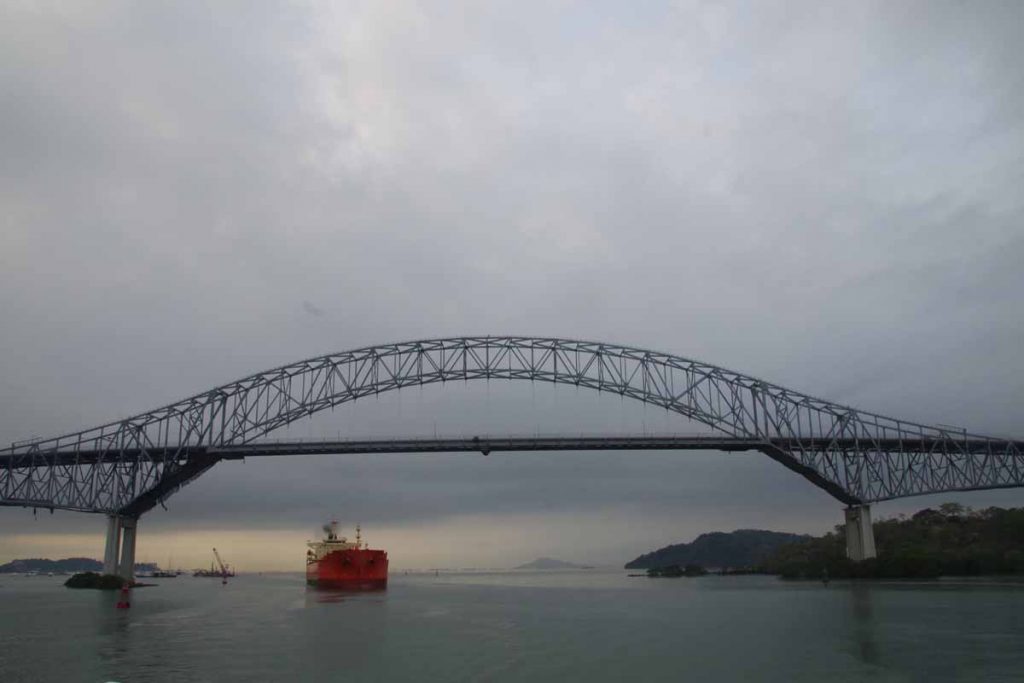 We first crossed underneath the Bridge of the Americas. I cycled across this bridge a few days ago and nice to see it from different perspective. 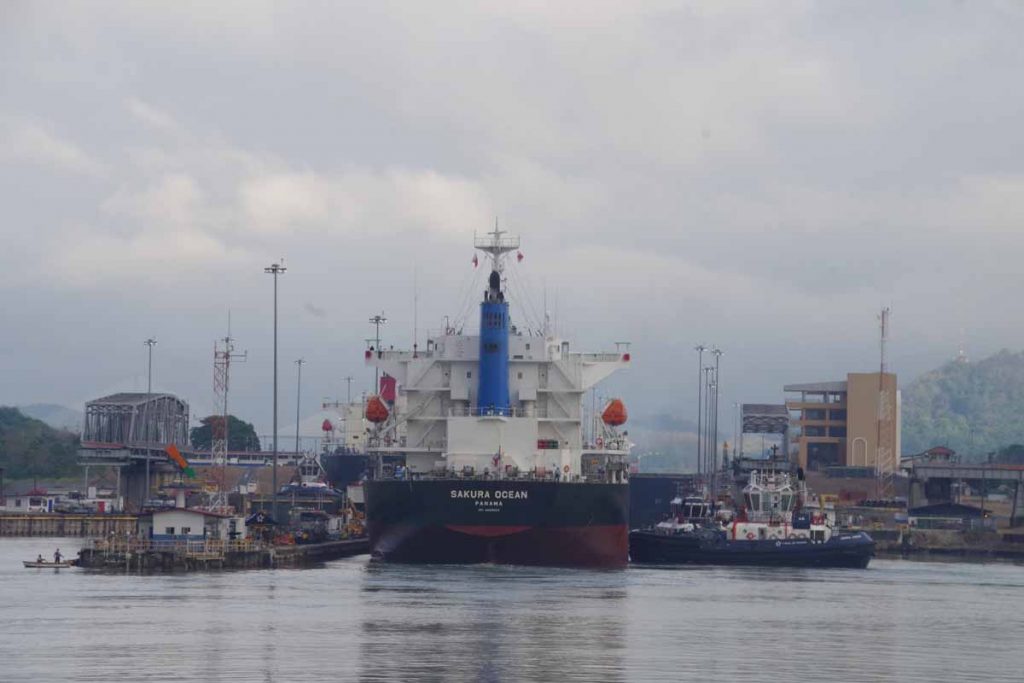 We came into the Miraflores Locks. On right is the observation platform. Our ship was too small to pay for a lock by itself (costs up to $800,000 for the largest vessels. We paid $4,500 but not sure how they get calculated). Instead we went together with Sakura Ocean. Fortunate, not much of a wait. 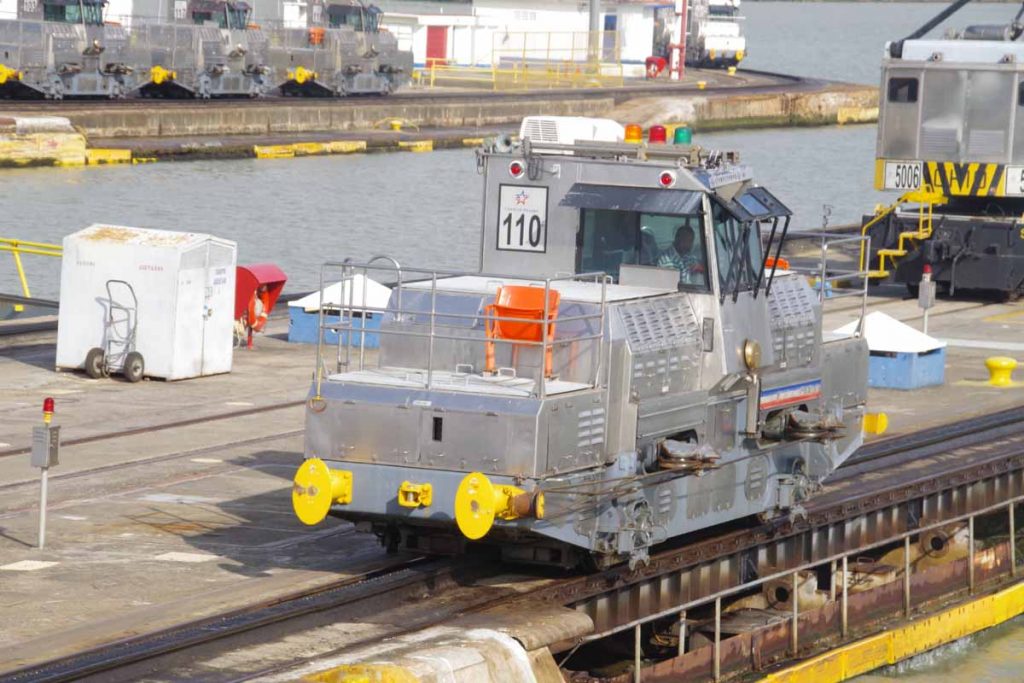 One of the “mules” that pulls larger ships through the locks. 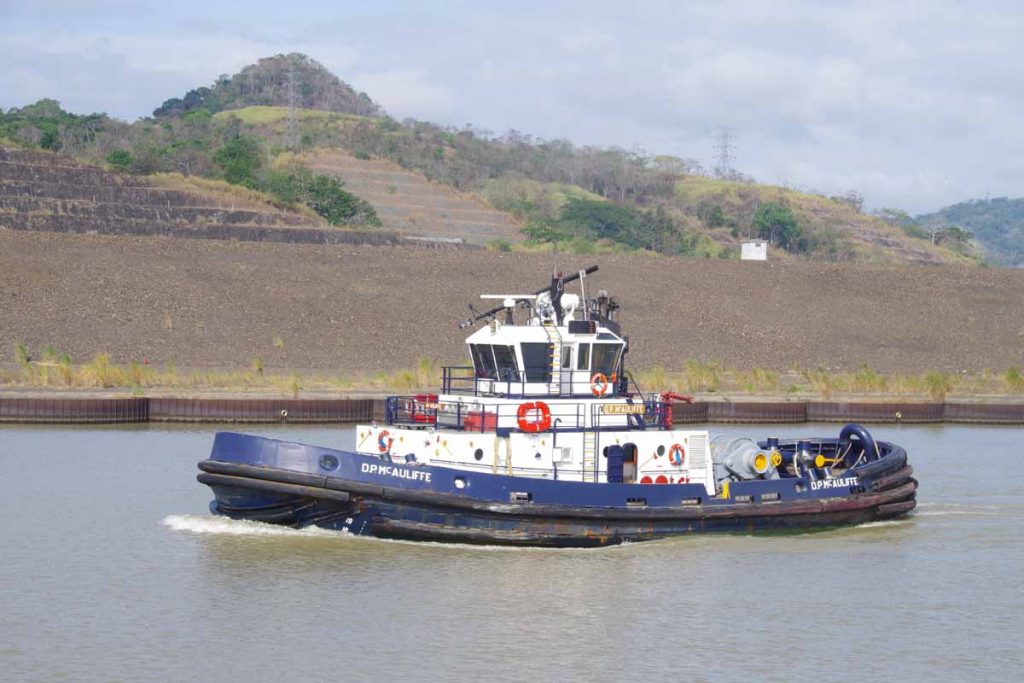 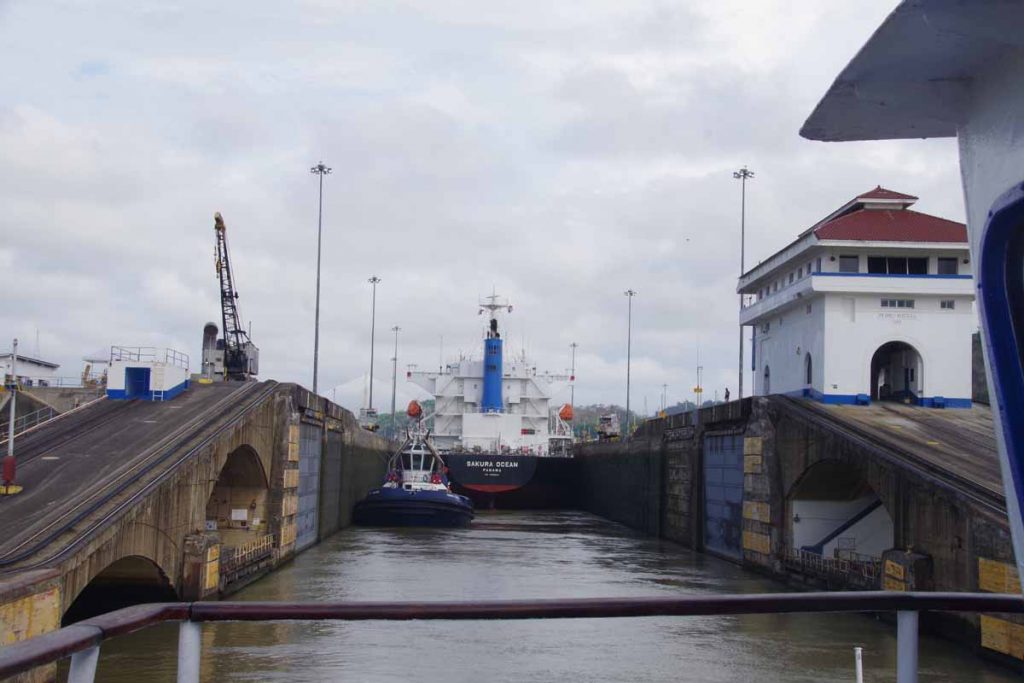 Next set of locks was Pedro Miguel. These brought our total elevation gain to 26m (85ft), height of the interior lake on the canal. 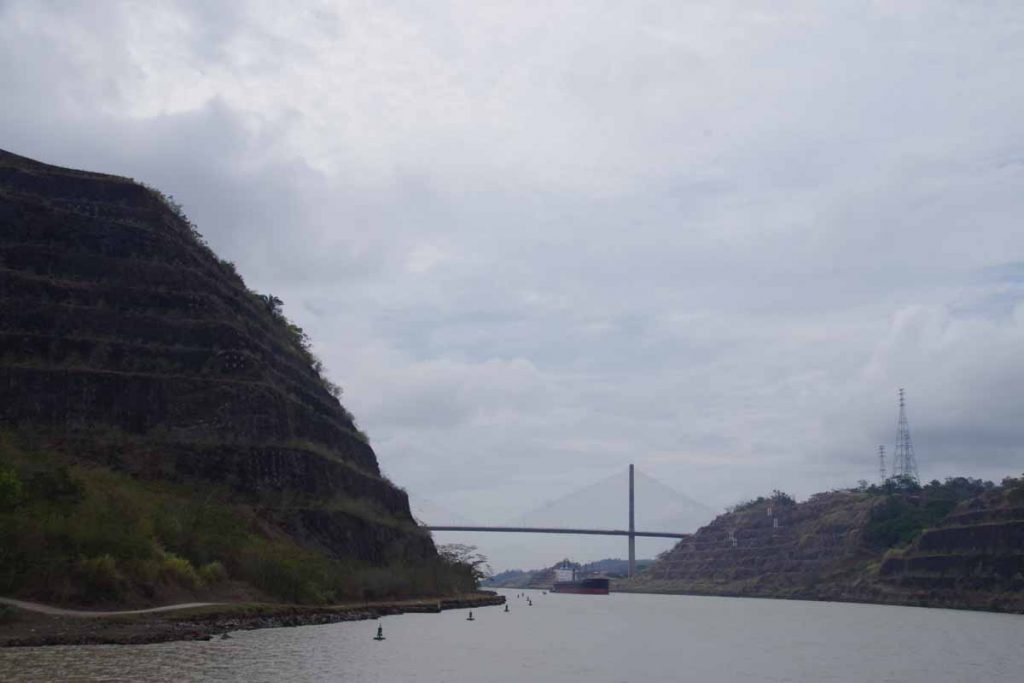 We sailed over the continental divide. In the background is the Constitution Bridge, the second major crossing of the canal. I read that bicycles were not allowed on this bridge, though we did see one crossing. 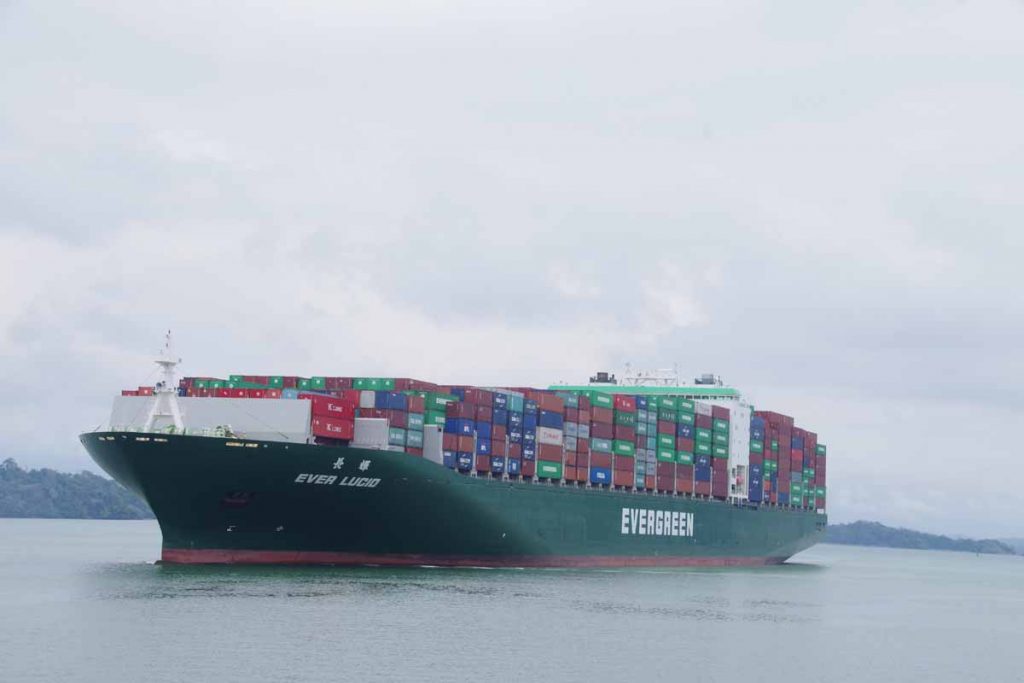 Large container ship. I believe this is too big to fit in the original locks and hence goes via the new locks with Panama Canal expansion opened in June 2016.

After sailing over the continental divide, we docked and those on the half-transit disembarked. Most than half the passengers left. The next three hours were spent on a slow cruise through the lake created for the canal by dam across river that drained to the Altantic. Small islands we passed used to be mountain tops. Apparently, biological studies were being done on animal species that had now been isolated together on these small pocketed islands. 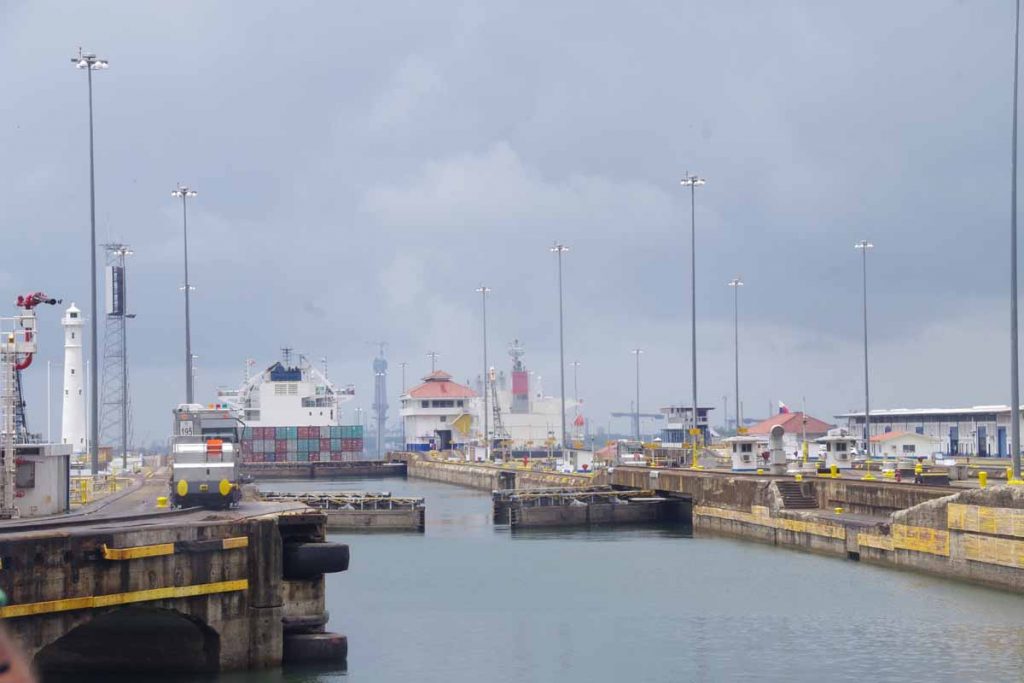 At other end of the lake we came to the Gatun Locks. 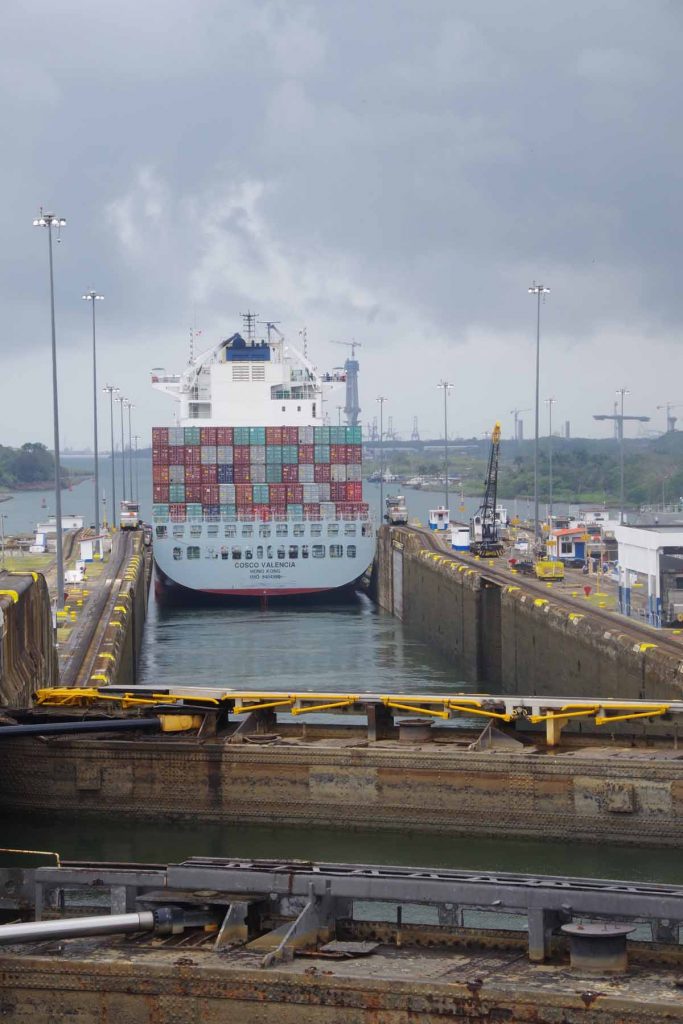 A ship was just leaving.

The largest size vessel that fits in the original locks was known as “panamax” size. This one looks like it is very close. 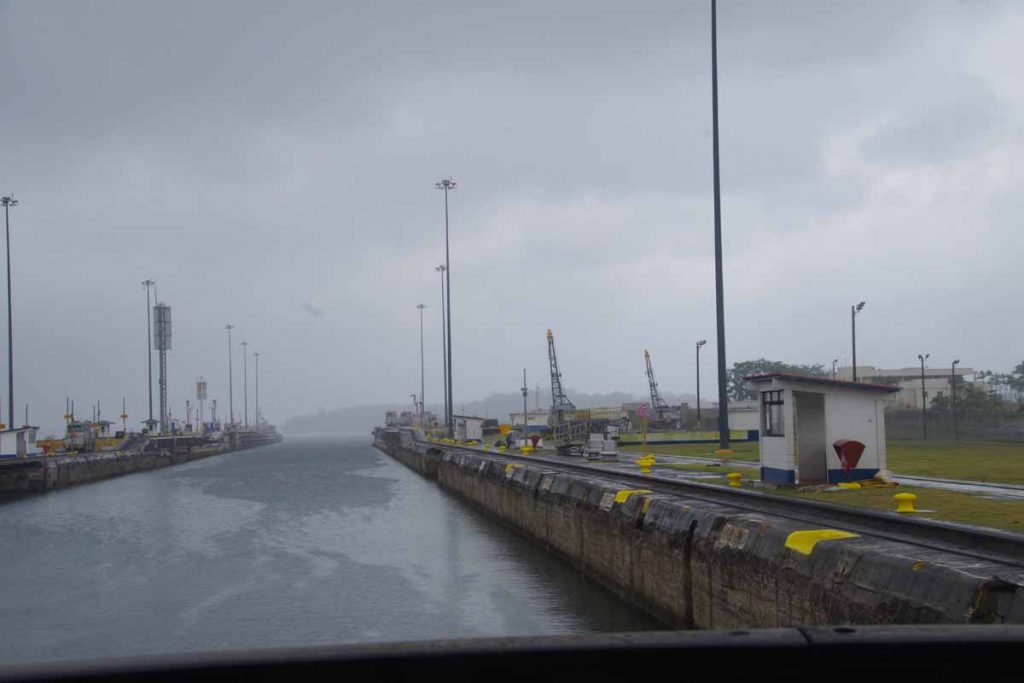 Unfortunately, our dilemma was that no other larger ship was available to share the lock with us. So we waited. In this photo you can also see that it started to rain. We got rain intermittently through the afternoon. 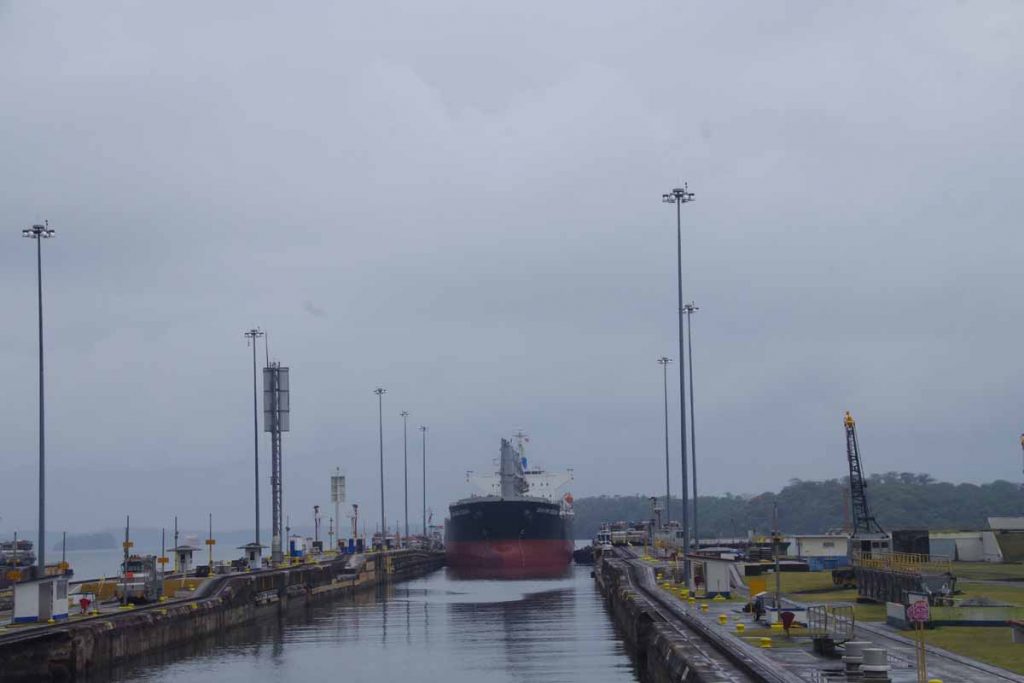 Two hours later, our companion ship arrived and we could go through the Gatun Locks. 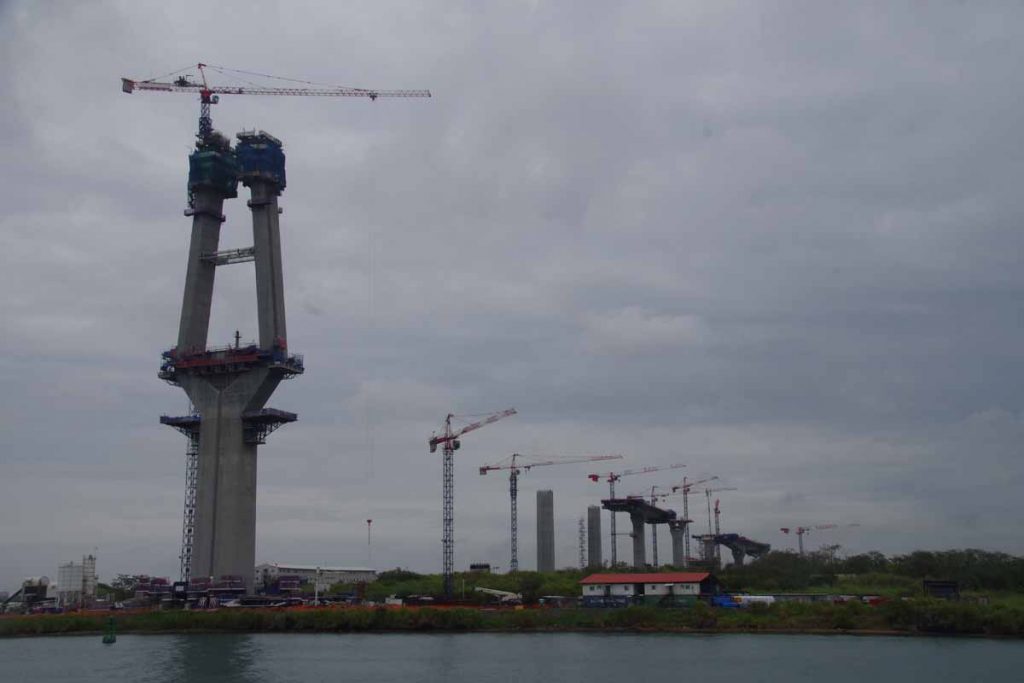 On the other end, they are constructing a third large bridge, expected to open in 2018. 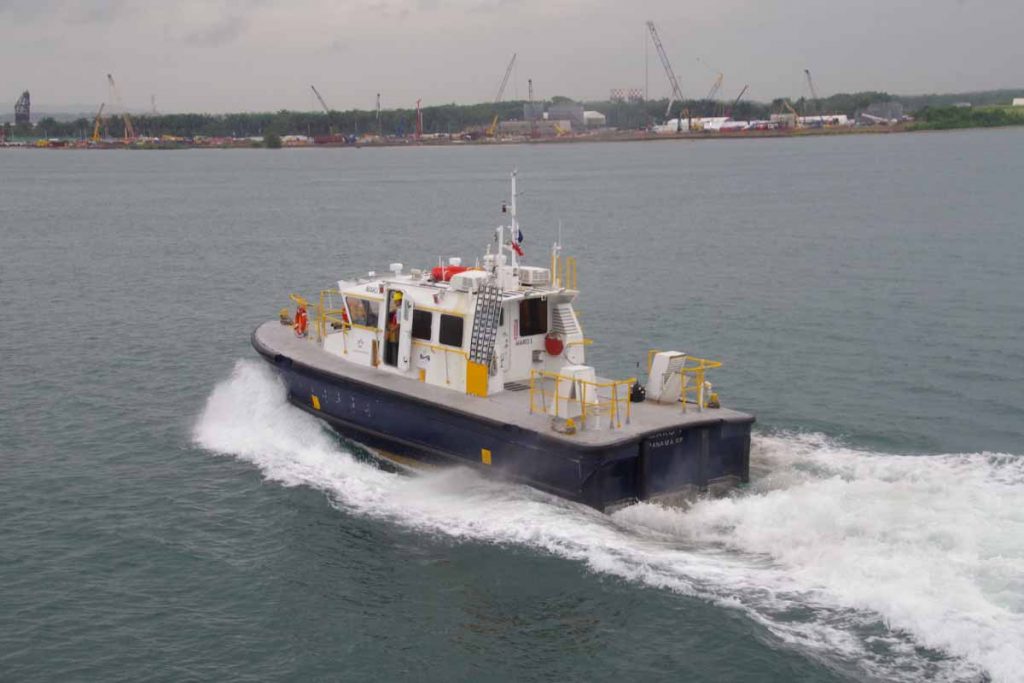 Once we had crossed the canal, our Panama Canal “pilot” departed on this small boat.

We sailed on to nearby port of Colon and arrived ~6pm. In total, 12 hours on ship to cross the canal.

We took a bus back to Panama City. My luck and I was the last one to be dropped off at my hotel and hence arrived back a little past 8pm. Overall, it was an interesting trip and glad I got a chance to see it. One pretty much sees all the highlights in the half-transit portion though it was interesting to do a full-transit anyways.

Meanwhile, I’ve made an appointment to have my bike serviced in Colorado. Will fly there tomorrow for ~10 days before flying on to Colombia and continuing the trip.