Hooray, my flight arrived in Cartagena. Packed my bike and rode first 3km to a nearby hotel (just 12,497km to go). 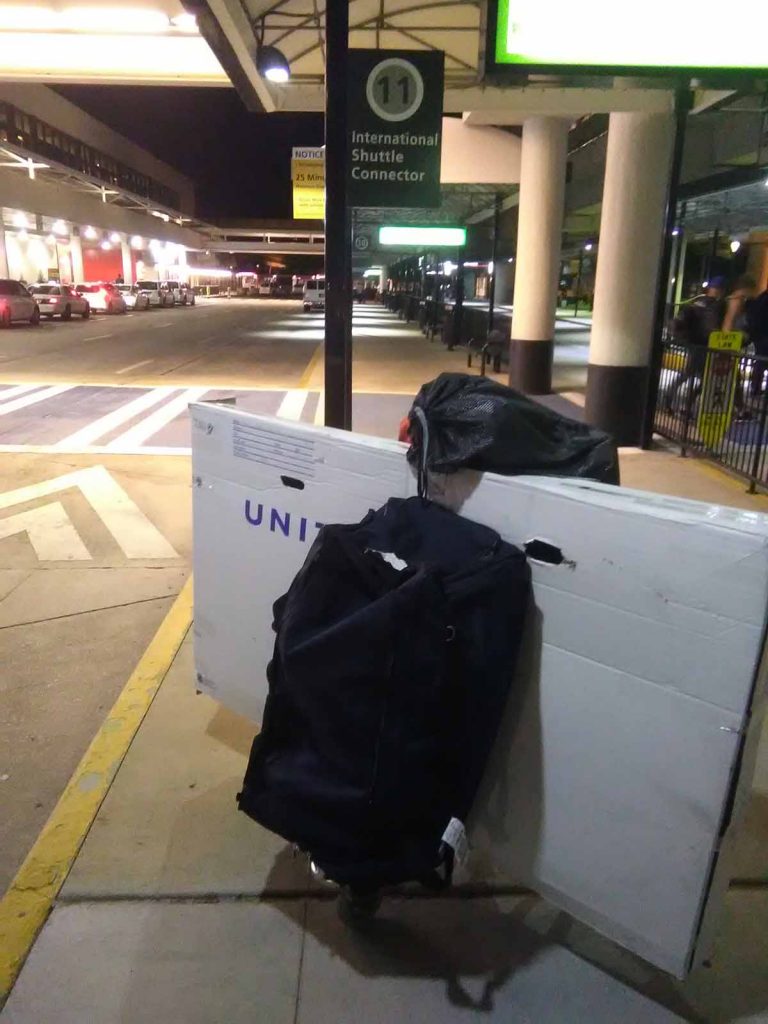 Uneventful flight, though flying with a bike is a bit annoying. Can’t tell if the airlines have gotten worse, or if I’m just older and grumpier than I remember flying with bike years ago.

Arrived at the airport with plenty of time to spare. Delta Airlines gave me three new pieces of information: 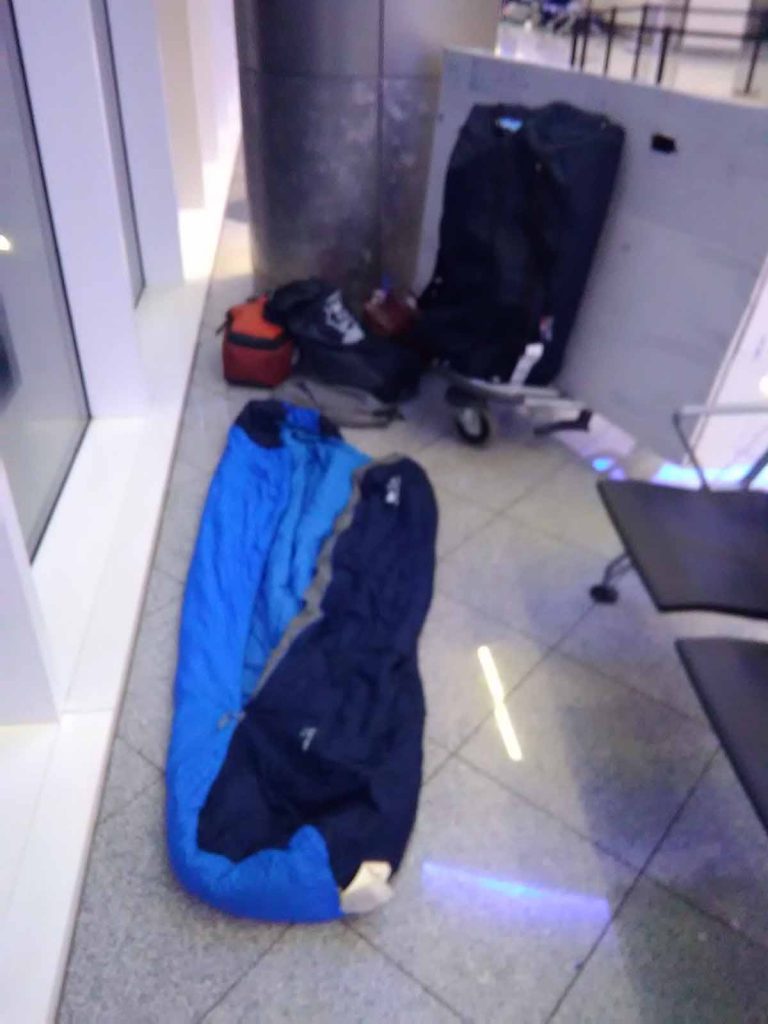 Flights for the day were done and international terminal was otherwise mostly random tourists wandering around and cleaning people riding those floor polishing machines. I found a space over by the windows and got out my sleeping bag and pad and slept in the terminal.

Next morning, waiting in the lines and got to check in my baggage. Here Delta spent ~30 minutes since they weren’t really sure if my United bike box (70″x40″x10″) would fit in the cargo door of a 737-800 (48″x36″). They suggested it probably wouldn’t and I would need to send my bike via cargo. I pointed out that I had started the trip on a 737 to Prudhoe Bay and this was standard size United box, but that didn’t really help, so we waited around until they could call someone who loaded cargo into the planes. Eventually they gave up and said they would page me if I needed to retrieve my bike.

Overall, I would rate Delta as lower down on the “bike friendly” airline list. Perhaps getting grumpier, but recent experiences on Alaska Airlines and United have gone more smoothly and staff seems to be more familiar with flying bicycles. 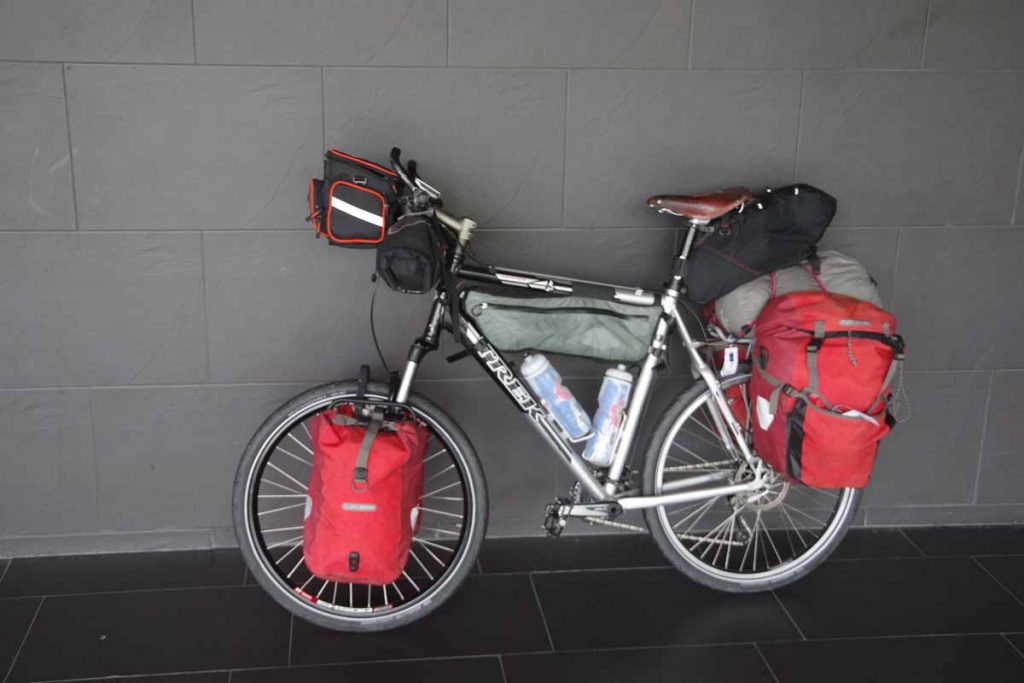 After that uneventful flight and arrival into Cartagena. Airport is small with just a few international flights per day (and more domestic flight). No jetways, but instead those roll up stairs. Getting through immigration was no issue (despite Delta’s warnings).

Bike arrived on the luggage belt. Box was slightly beat up by now, but bike was fine. Assembled it before I cleared customs. After that, cycled to hotel where I had a reservation. Photo above is of the assembled bike at kilometer 0 at the airport. It is warm and very humid here. My camera was still cool and hence lenses quickly fogged over so no other photos yet.

Haven’t figured out yet whether I’ll go sightseeing tomorrow or whether to take advantage of light Sunday traffic and use it to escape the big city. It does seem useful to get on the road early, at least if this can get ahead of hottest parts of the day.