Happy Easter! Short easy ride today as I start to explore Colombia. So far, roads are good, people seem to talk faster (or at least harder for me to understand than Mexico) and lots of green. 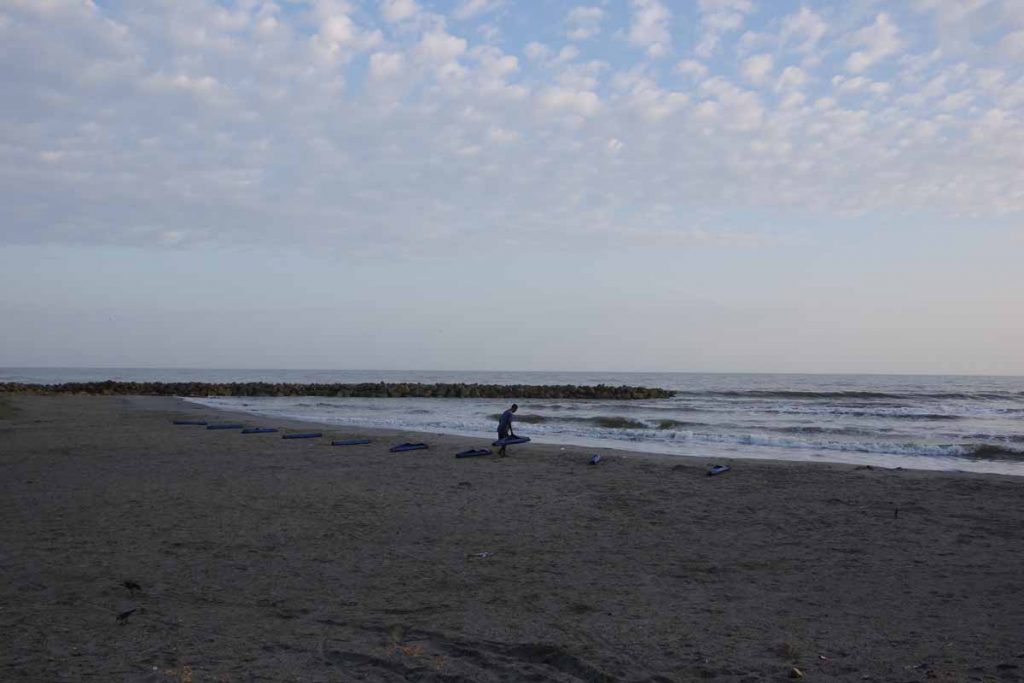 Yesterday, found a nearby market and got some of my cycling staples, e.g. tuna, crackers, juice and some yogurt. Also found a restaurant on the beach strip. There was a fair amount of wind and wind-blown sand coming from off shore.

Had a nice sound sleep, perhaps catching up from night in the airport. This morning was on the road around 6:30am. Folks were just starting to set up the beach umbrellas. 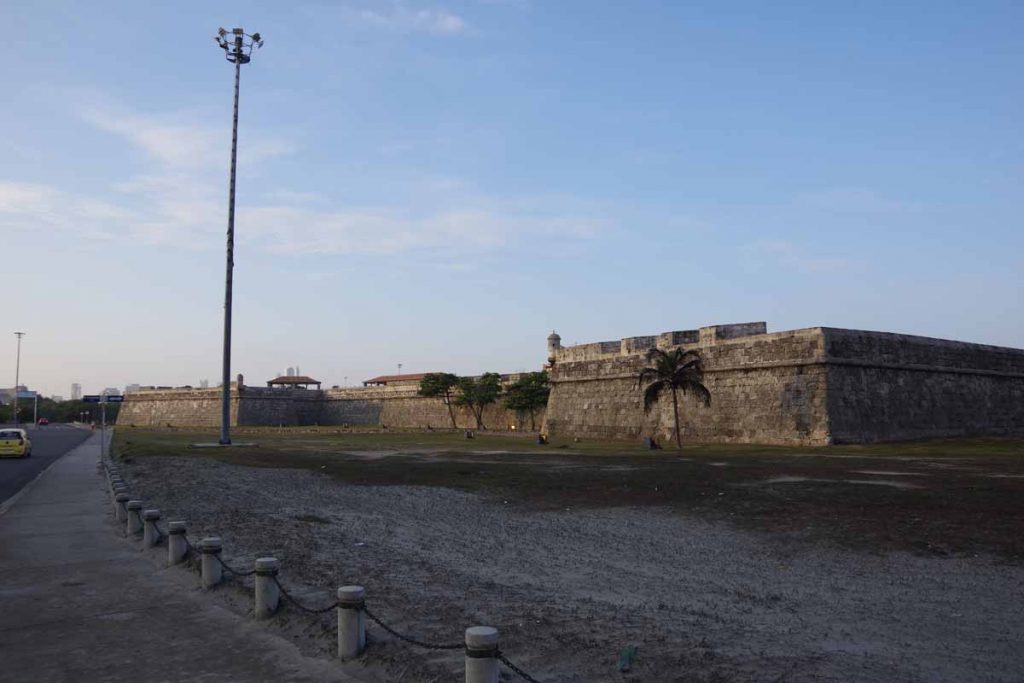 Cycling through a city of one million is always a little busy, but early on Easter Sunday, Cartagena was pretty easy. I was on one of the major highways that had two lanes each way. Buses kept pulling over and stopping for passengers in the right lane, so all was fairly slow. 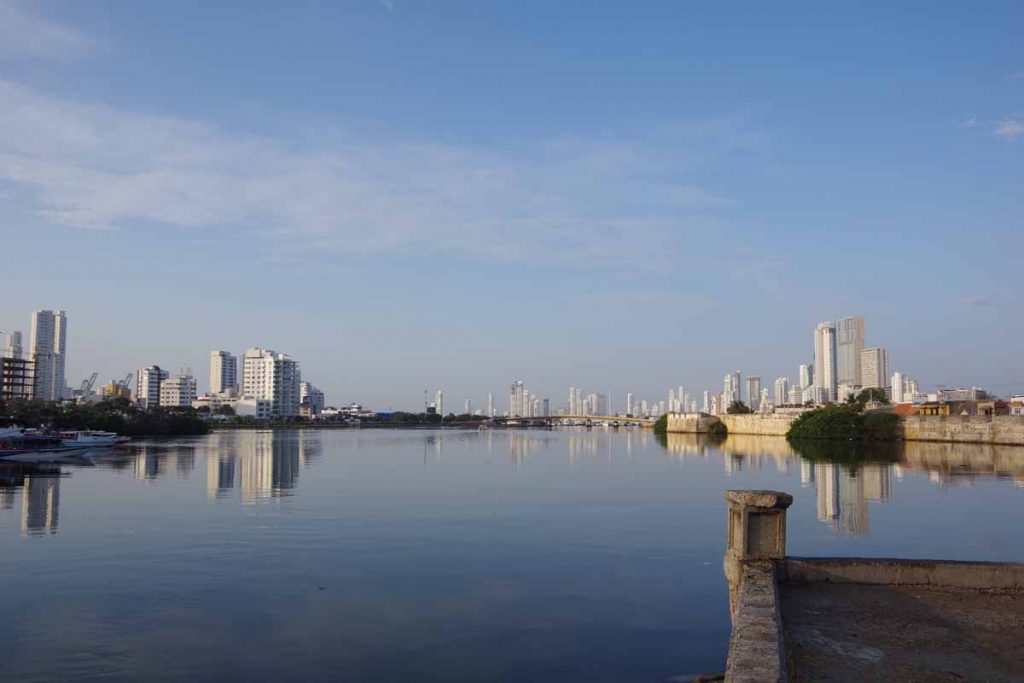 One of the photos of the skyline. 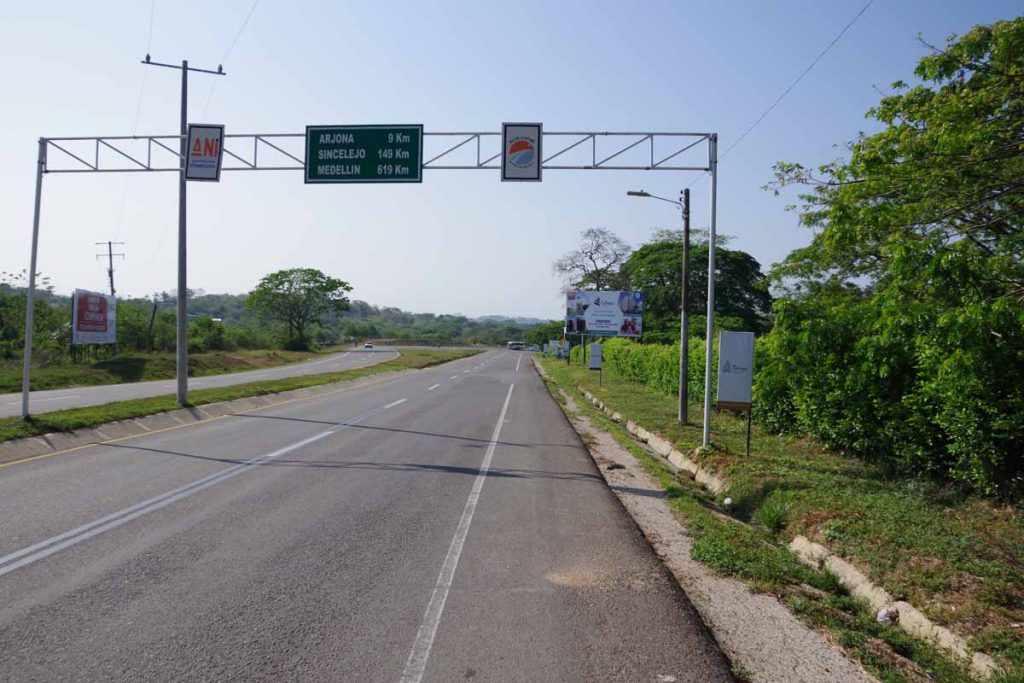 At 14km, the road started as a two lane divided highway. There was a toll booth here. Rightmost lane was a separate narrow lane for bicycles and perhaps motorcyles as well. I saw perhaps two dozen cyclists out for a ride. There was a 150m climb here over a hill and then to Turbaco. Temperature already up to 30C (86F) by top of the climb and humid. Until I reach the Andes in ~400km, I expect there will be some warm cycling days. 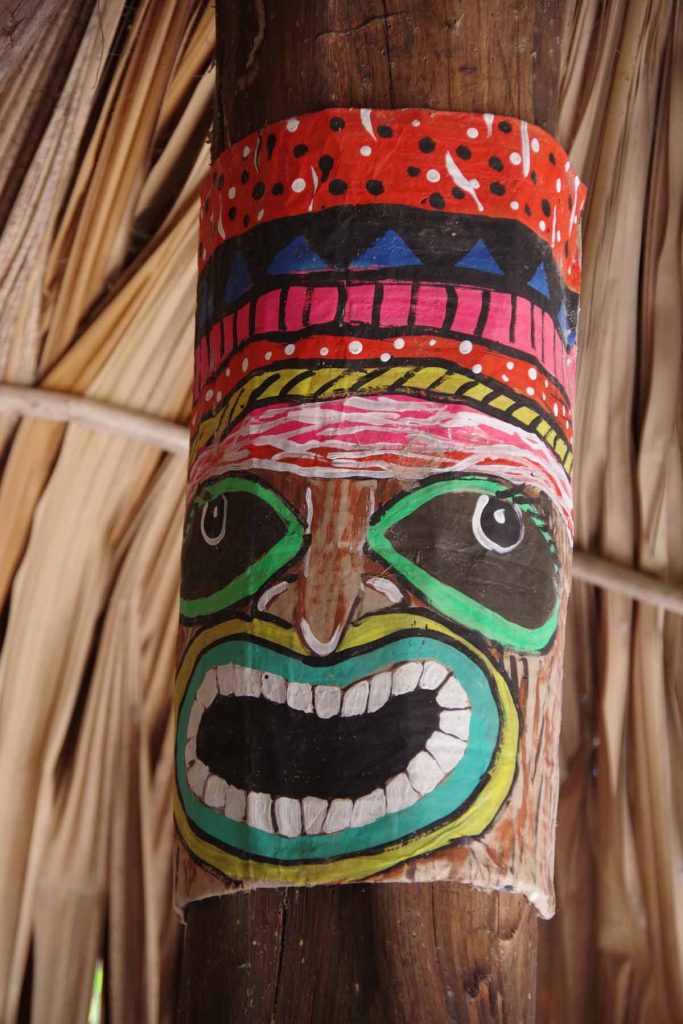 At 24km, took my first break at a small roadside restaurant. There were many of them on the route today. This one a person with car and bike rack waiting for his cyclist buddy. The buddy arrived and off they went. 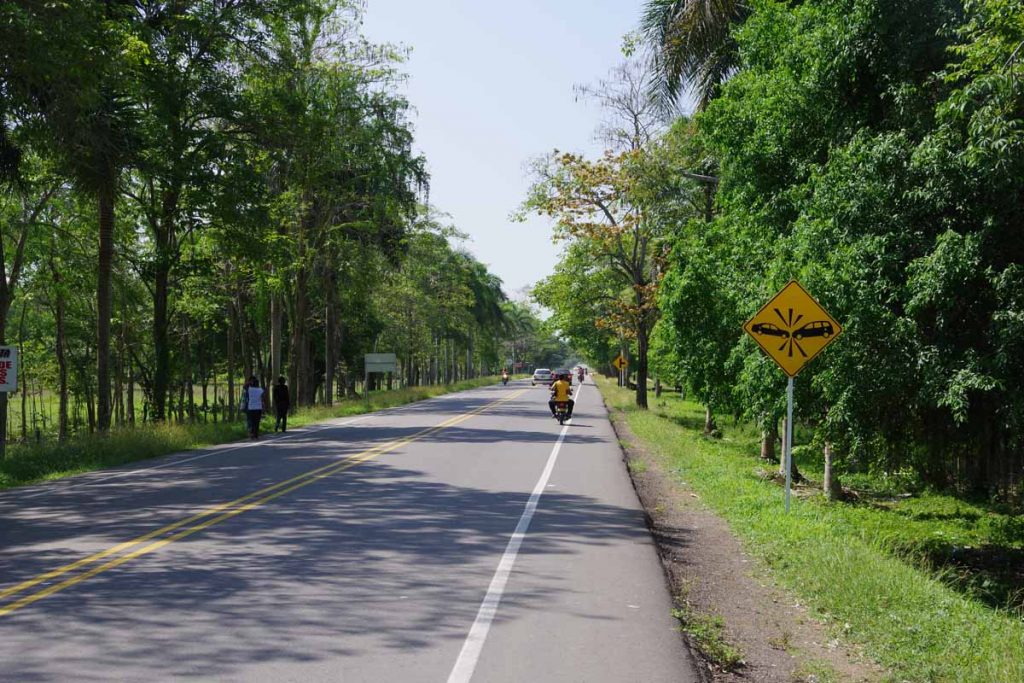 Not much longer, the road narrowed to one lane. Have a new road sign in Colombia. Overall traffic was still light.

Got to Cruz del Viso before 11am. Decided to just make it a short day today since the next hotel I know about is ~60km further down the road, though there could likely be other places in these small towns. Nice to be starting the ride in Colombia.