Another easy ride today. Cooler temperatures and overcast. Weather forecasts called for thunderstorms, particularly in the afternoon. In the morning it was humid but never over 30C (86F). 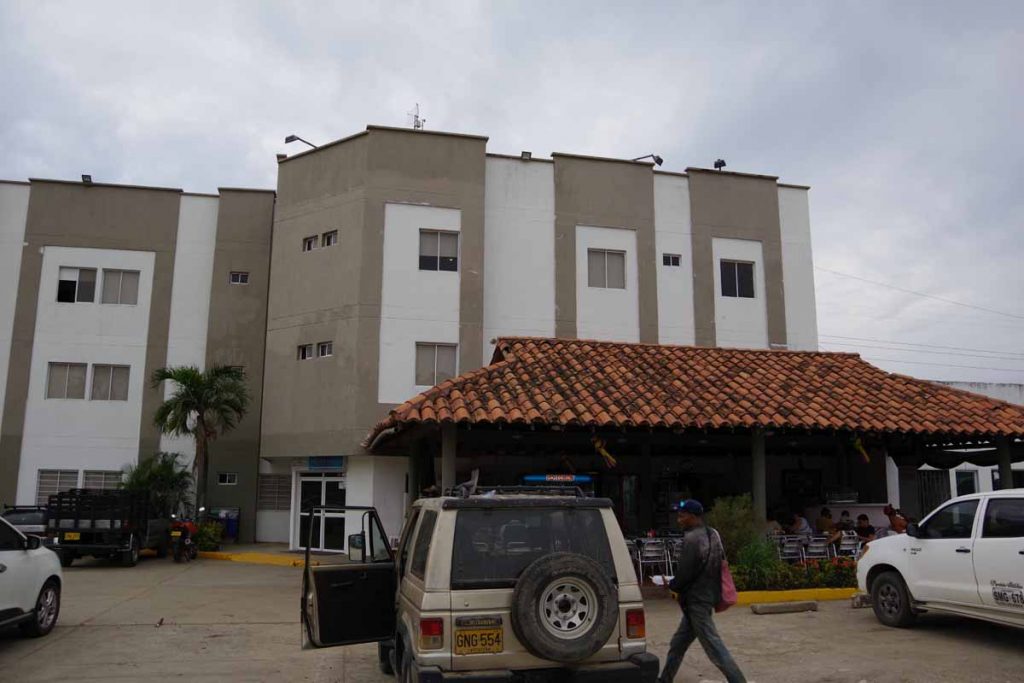 Photo of the hotel from last night. It was at a major road intersection and cost 30,000 pesos (~$11). Reasonable restaurant attached to the hotel, though not much in way of stores. I was able to find some tuna and bread for breakfast which I had starting out. 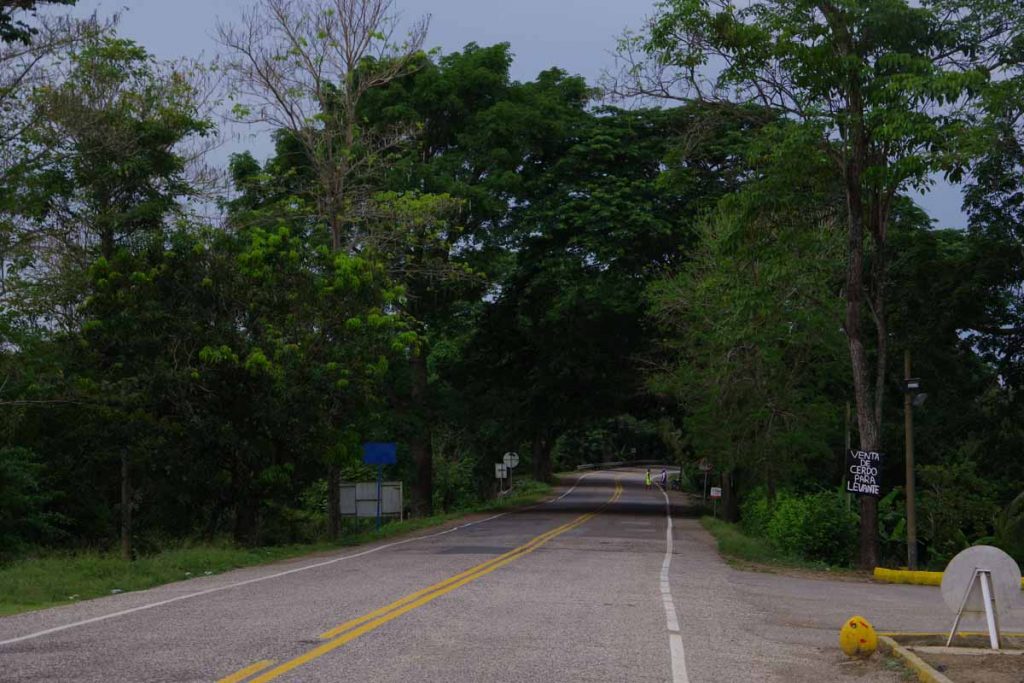 The road started out a bit rougher and narrowed than yesterday, though the first 40km were pretty flat. I was looking for a place for second breakfast. I saw a few restaurants and a few roadside stands, though nothing very inviting until Palo Alto at 42km. 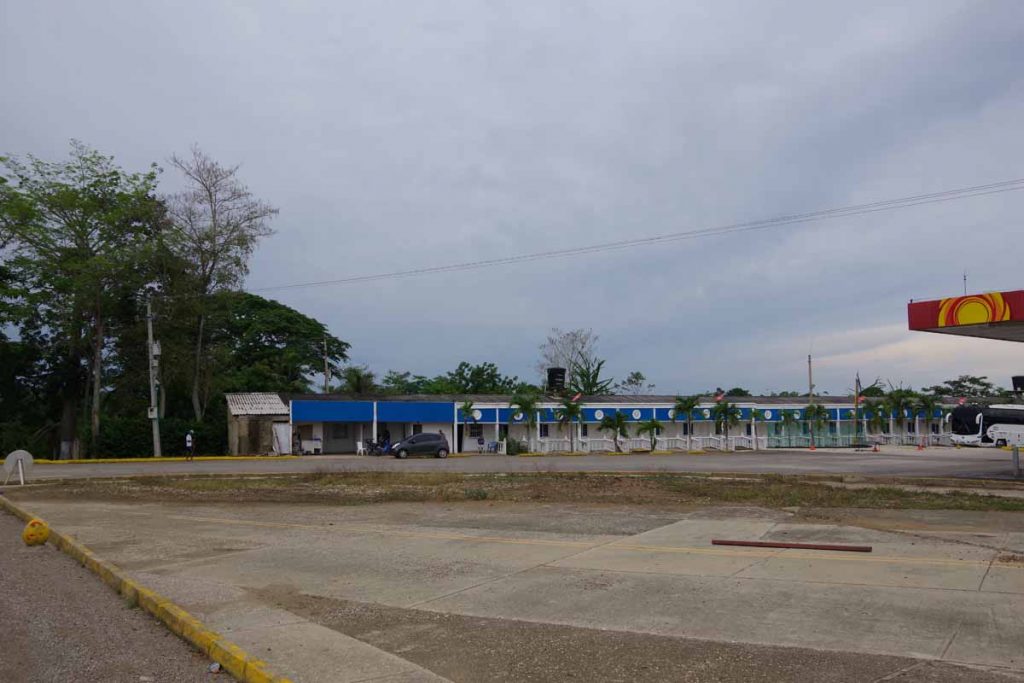 Here was an example of a gas station hotel near the 20km mark. There were several small villages along the way. Basic housing and surprised to see as many people as I saw in these places. 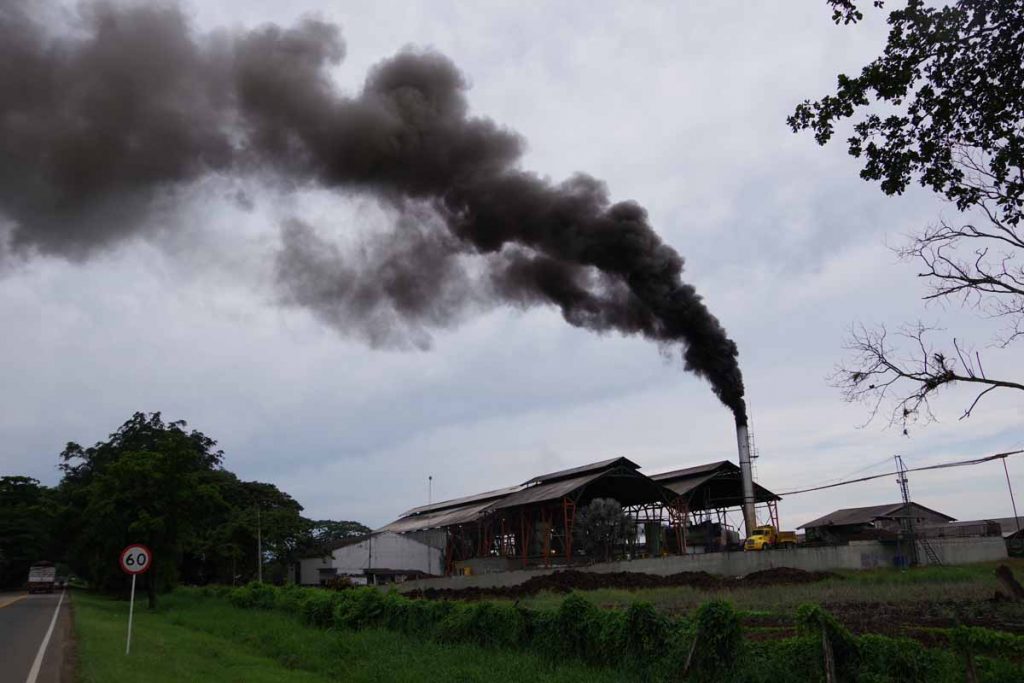 I think this belching factory might be palm oil but not 100% sure. I did see a number of palms today. 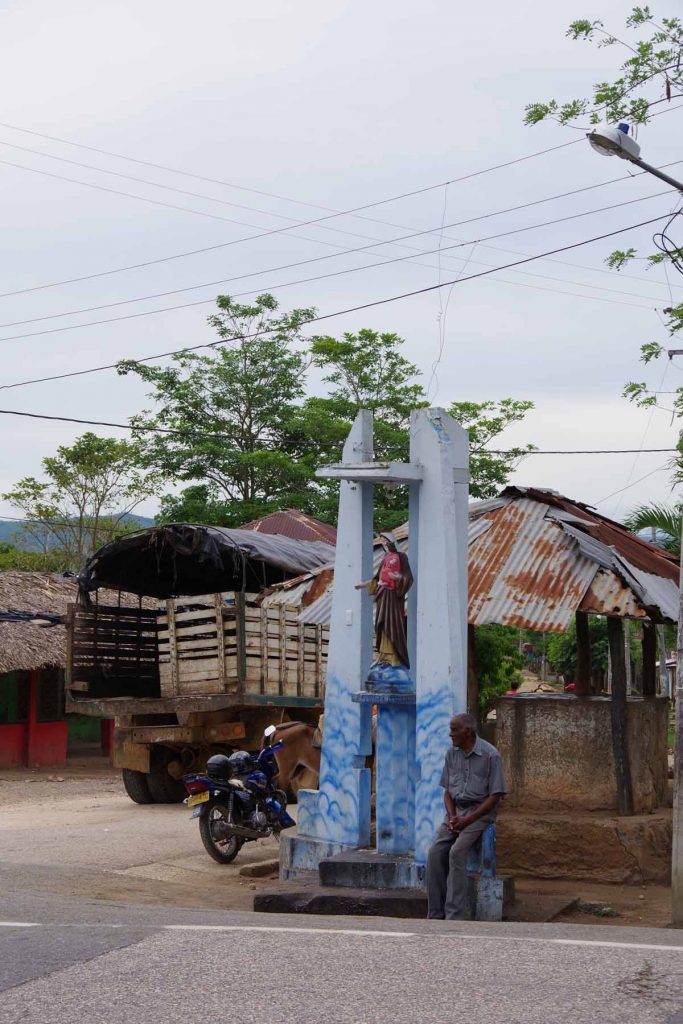 Stopped in main intersection for Palo Alto. There was small religious shrine here. Assume Colombia is a catholic country, though I only noticed one church busy with Easter services when I cycled past yesterday. 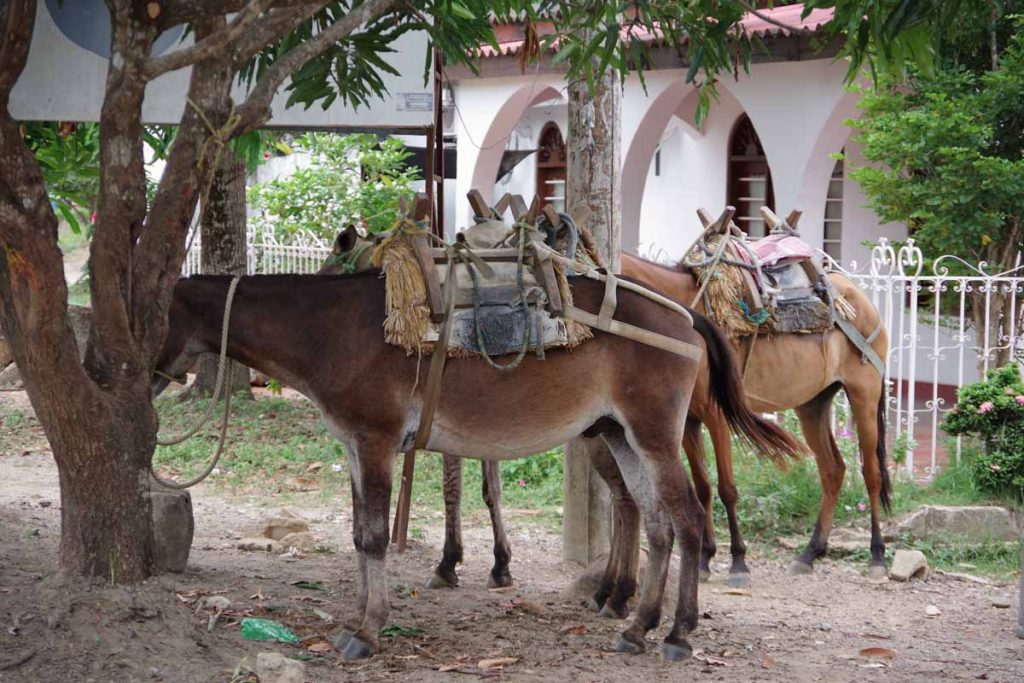 I have seen more burros here, some with people riding and some carrying goods. This seems like a relatively poor region, not sure if this represents all of Colombia or just a poorer section overall. 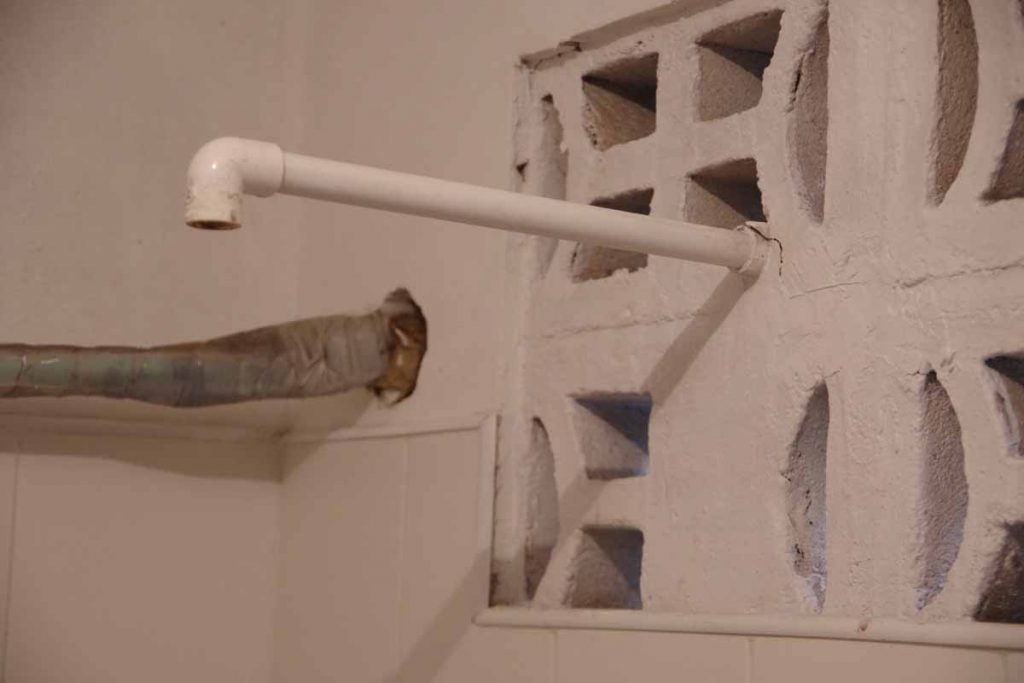 At 60km, I came into San Onofre. A little past the turnoff to the town, there was a place advertised as “hotel y restaurant”. I stopped and had lunch here for reasonable 12,500 ($4.50). While it was still early, also inquired about the rooms and these were reasonable 25,000 ($9), so decided to make it a shorter day, This lets me get into larger town of Sincelejo tomorrow.

Picture above shows the water pipe for the shower. There is one temperature, not hot but also not very cold either.

One interesting milestone today: the sun is definitely north when overhead at midday (if it were visible today). I am south of 10 degrees and the declination is now north of 10 degrees. Still a ways to the equator (near Quito), but from here on out through South America, I should always have a midday sun to the north.